We’ve celebrated Midwinter lately, so the astronomical Winter became the fact. But it’s moody and it exposes our patience to test constantly waiting for snow.

The friends from previous expedition wrote that in June snow just poured the station and clearing of snow was a daily routine to get into the station. It doesn’t look like that at the moment although thin snow layer is remaining in the area.

Couple of days ago there was a thaw with quite strong wind blows (up to 150 km/h). Then a group of Adeli penguins visited us unexpectedly which should have left our island together with chinstrap penguins for good (whitebrow penguins appear here occasionally during winter time period). 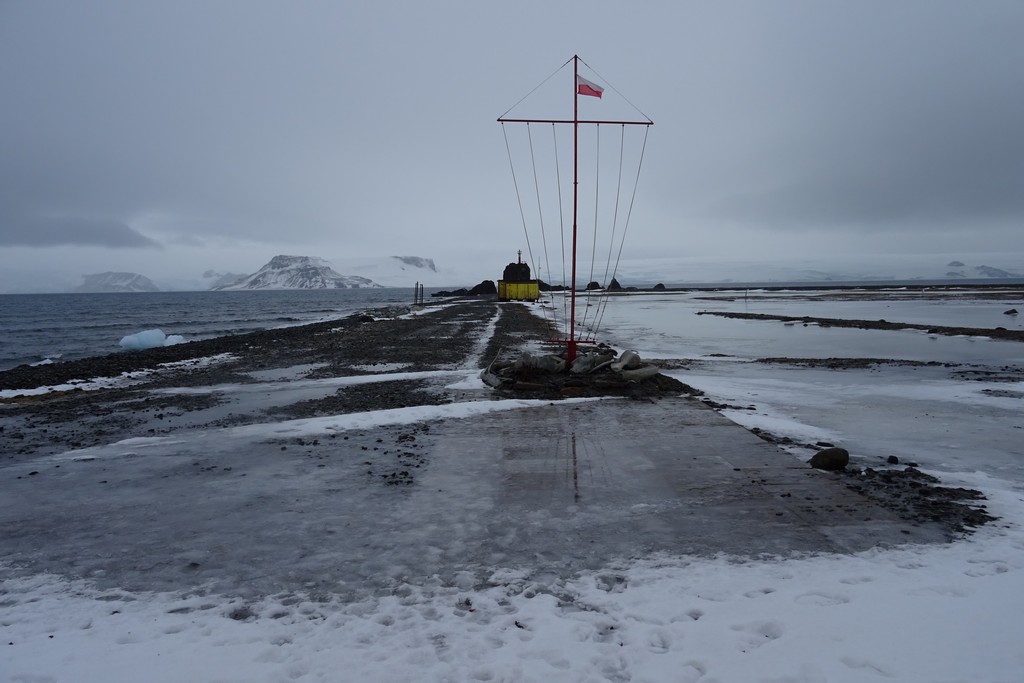 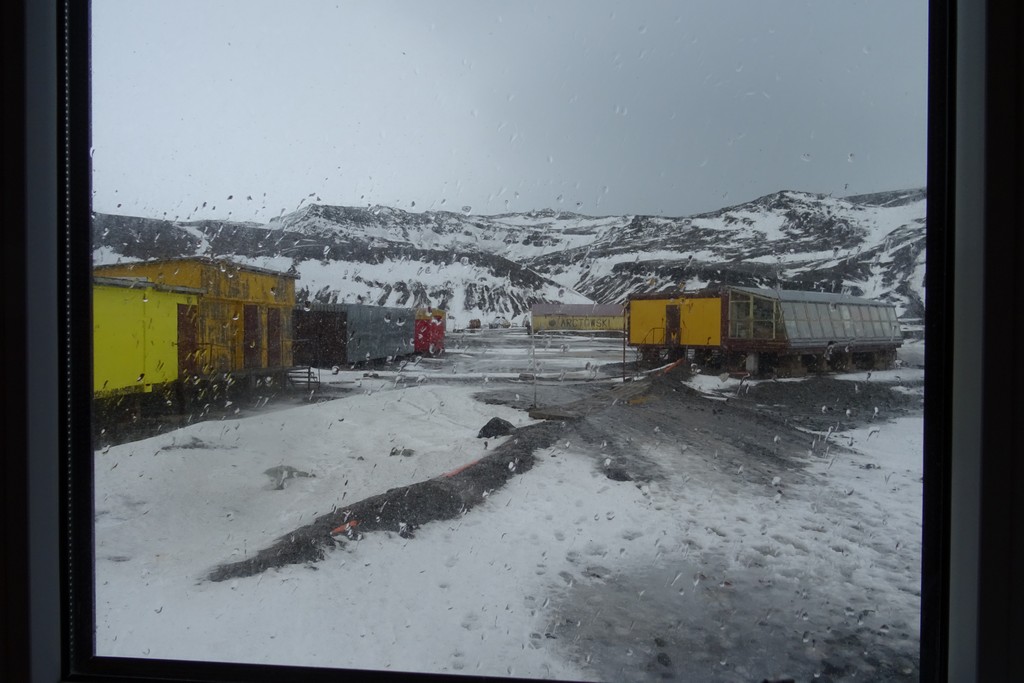 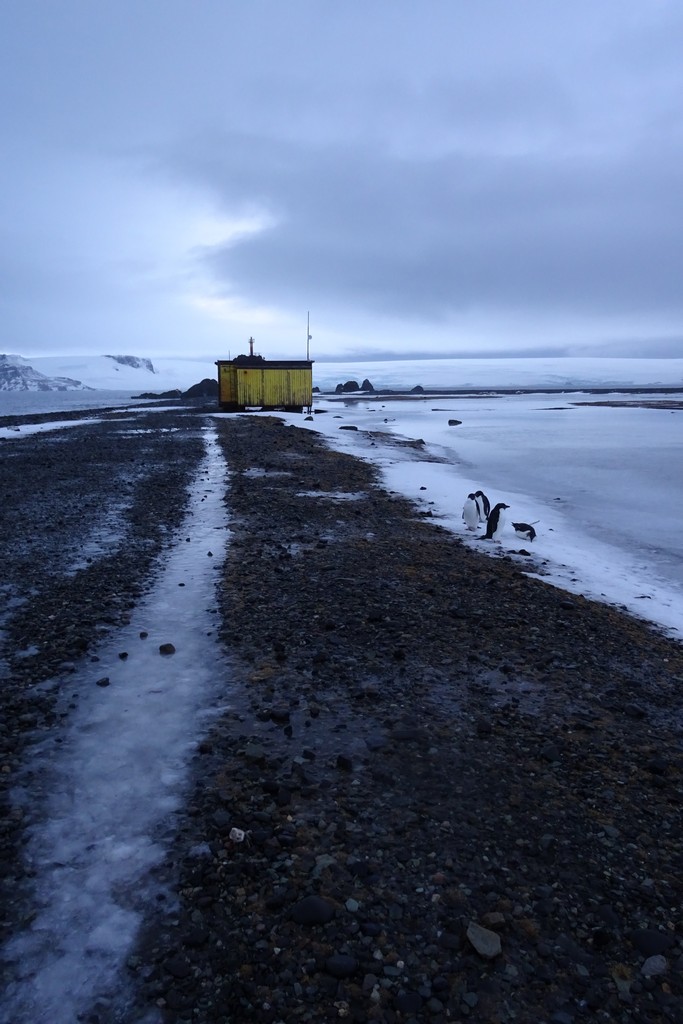 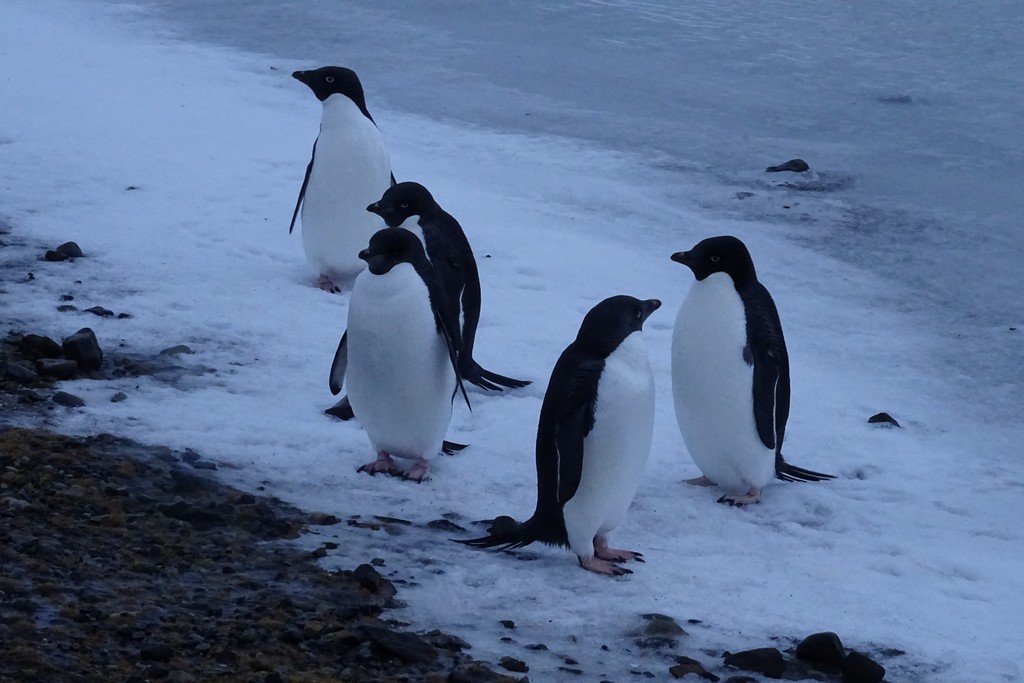 Yesterday it was better- although some surrounding mountains are covered with snow, there is snow under them which was created because of the last thaw. The Ecology glacier which is also slightly covered with snow doesn’t really encourage to longer visits: 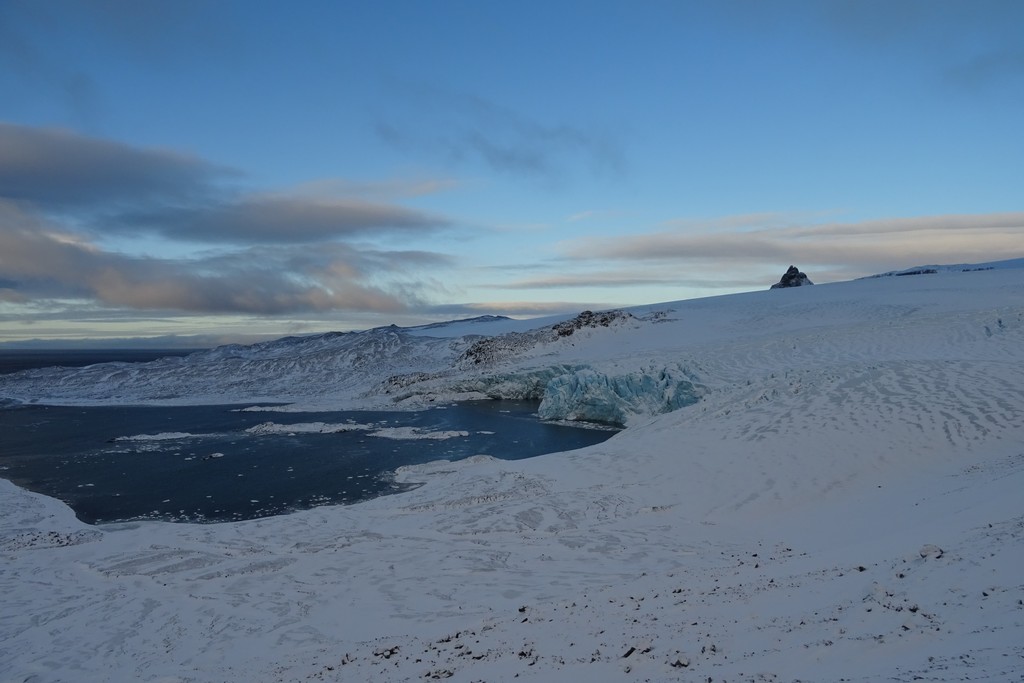 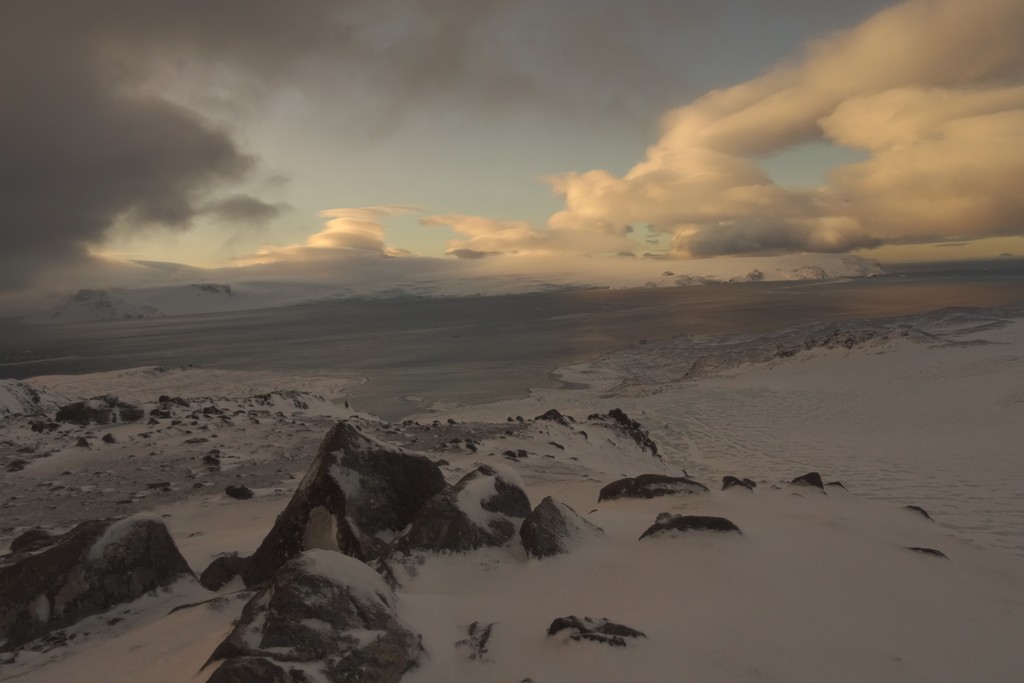 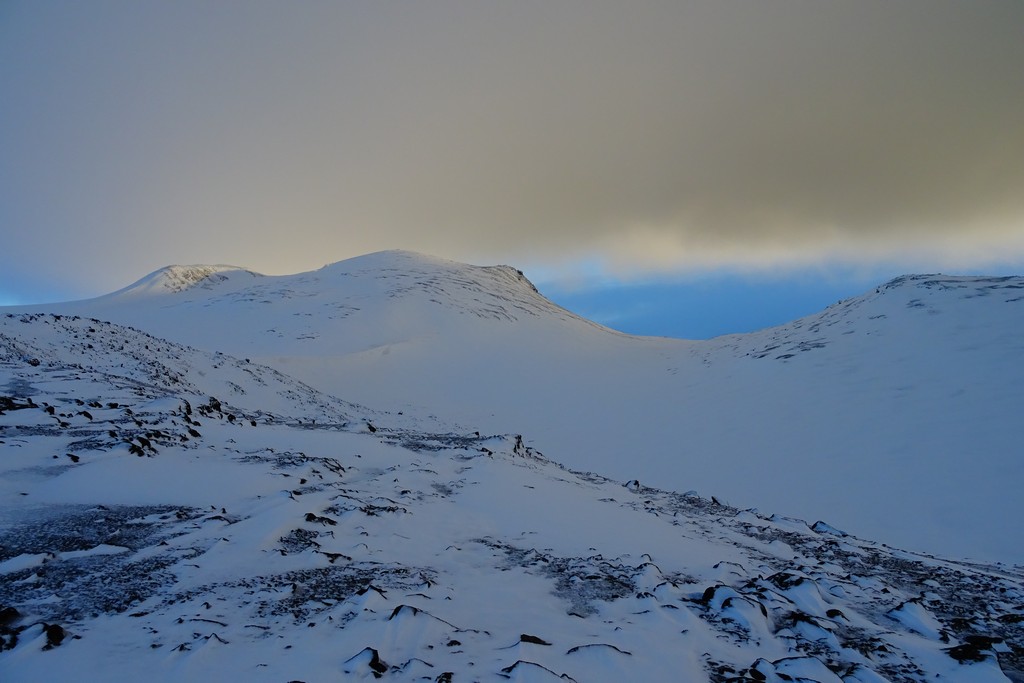 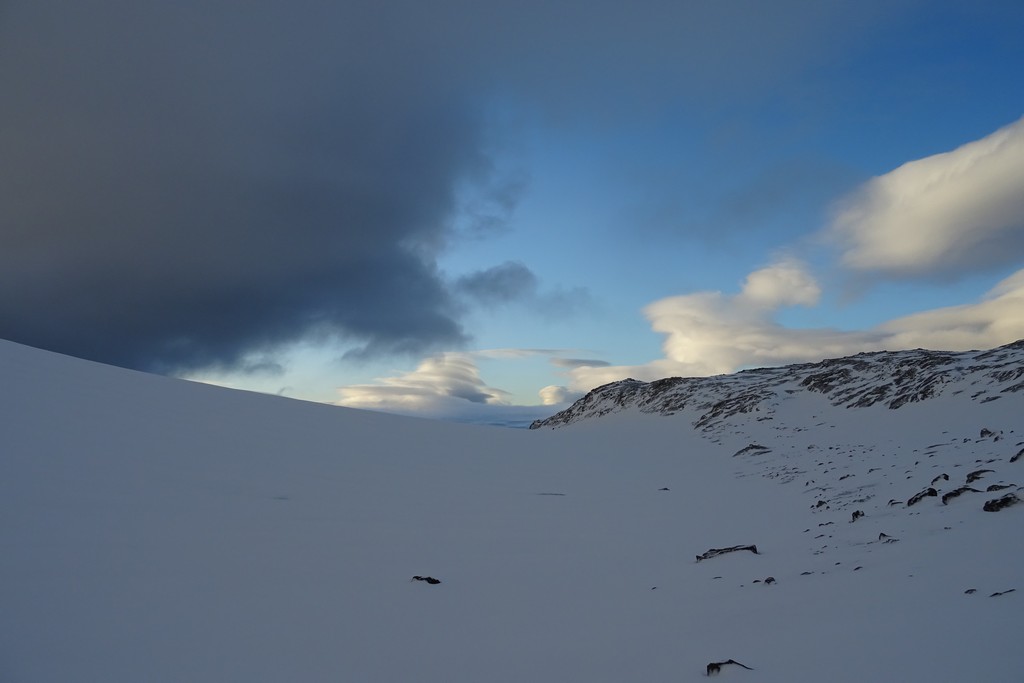 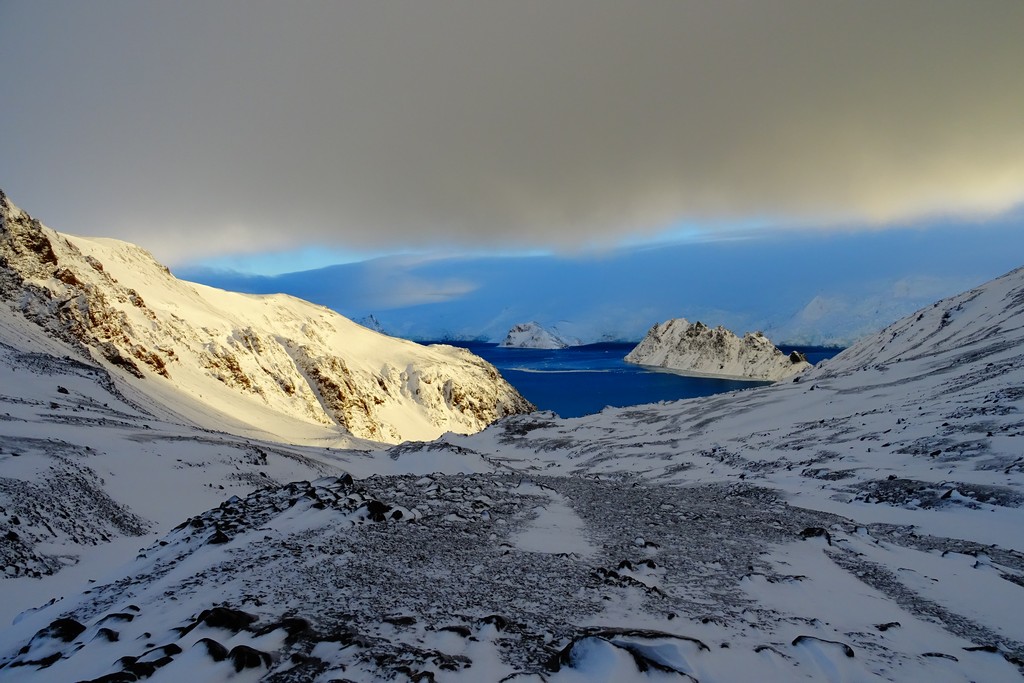 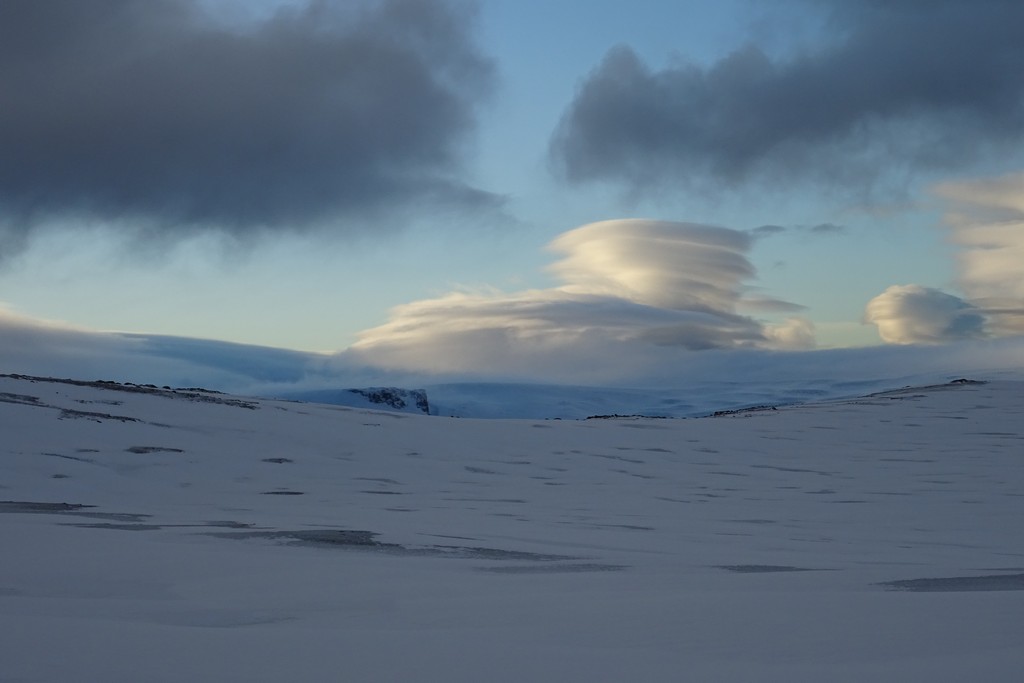 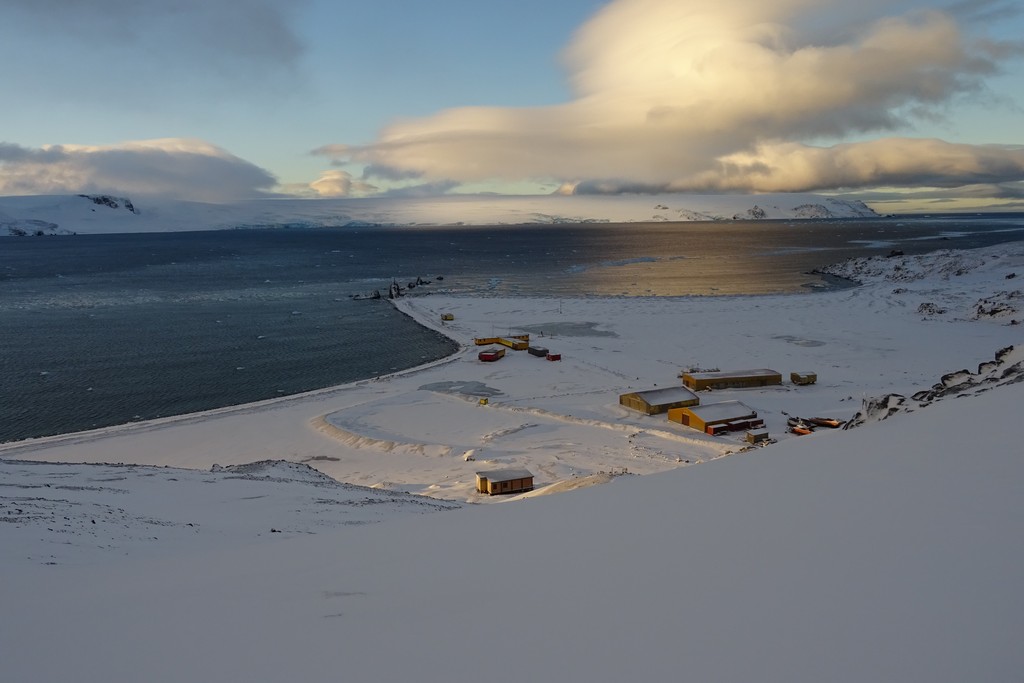 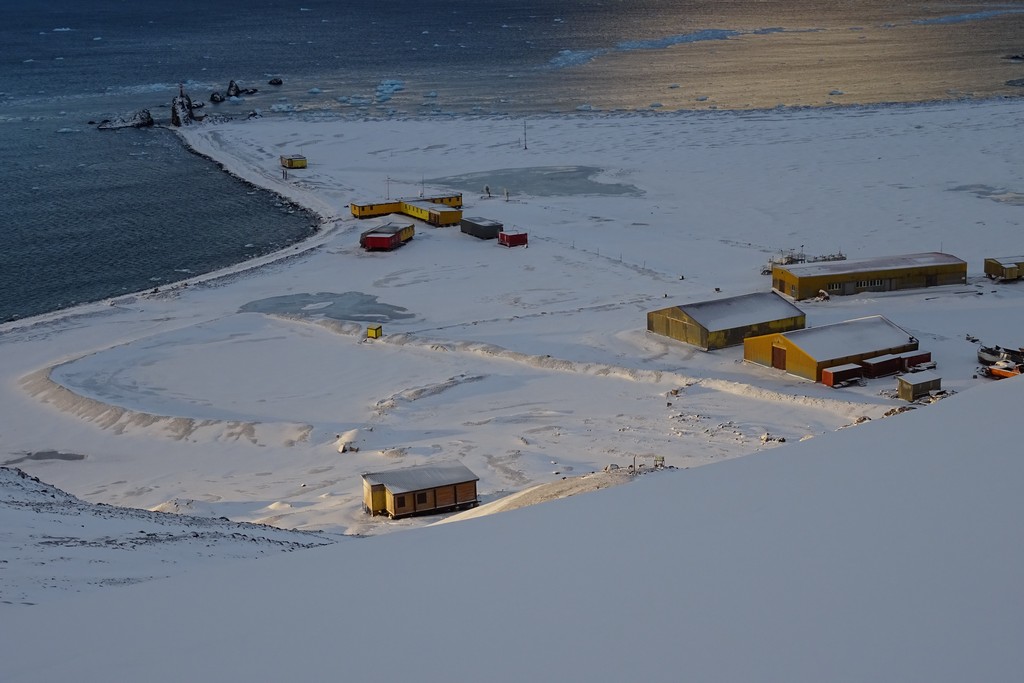 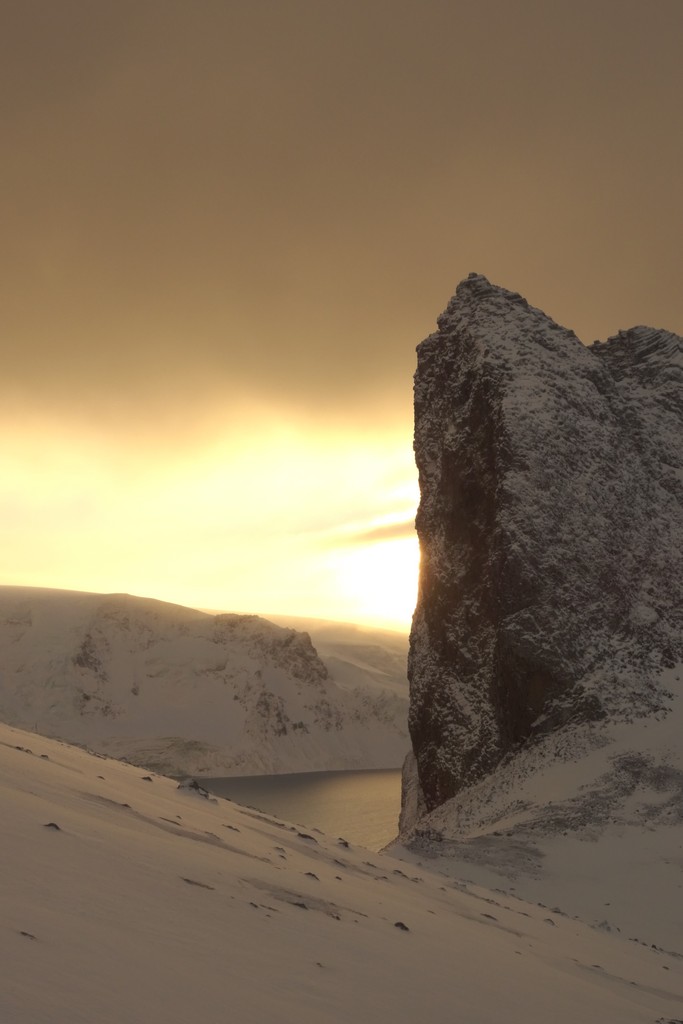 The last phone call from a friendly polar explorer didn’t cheer me up, he was wintering in The Arctowski Station between 2009-2010, it was the 34th Polar expedition. He told me that the thickest ice cover which was recorded didn’t really exceed 15 cm, and you could ski or ride scooters only in the places where the snow had a bigger chance to accumulate so, for sure, not at all the hills. We’ll see what’s like in our case.

Currently it’s -3,2 Celsius degrees which together with wind blows about 13m/s is felt like -14 degrees. It’s snowing and in the Bay there is ice drifting.