Our station couldn’t exist without water. Right next to the establishment is a container with life – giving liquid and fortunately, we don’t have to supply it regularly with snow or ice from the bay as we did it in the station on Spitsbergen.

When in 1976, a founding expedition sailed on ships “Dalmor” and “Zabrze” from Poland and then was looking for the place to build a station, it considered several important things – including landform enables setting buildings and transport using heavy equipment, proper shore to safe swimming a ship with anchorage and access to fresh water.

All these points could be managed, and a small lake which is fed with flowing rainwater from mountains became the main container, which supplies the station.

Both in the summer and winter, level of water is usually at such level, that there isn’t risk of lack of access to water. However, it controls both level of water and state of container – during winter it covers with ice totally, instead in case of spring thaw, water increases uncontrollable, what endangers breaking the surrounding shafts of container. Then it usually clears the drainage ditches for the overflow to leak to the bay.

In winter, piping, which heated pipe, water flows to the water tank in the power generator building. About a possible power failure a red warning lamp informs us, which is mounted on the both of the water intake.

The water is supplied to several buildings – Samolot, meteo, summer laboratory and to a small house next to the power generator building, which is named colloquially  as “Hotel” or “Belvedere”. Water isn’t supplied to the other summer cottages, and living people there use bathrooms in the hall of units. 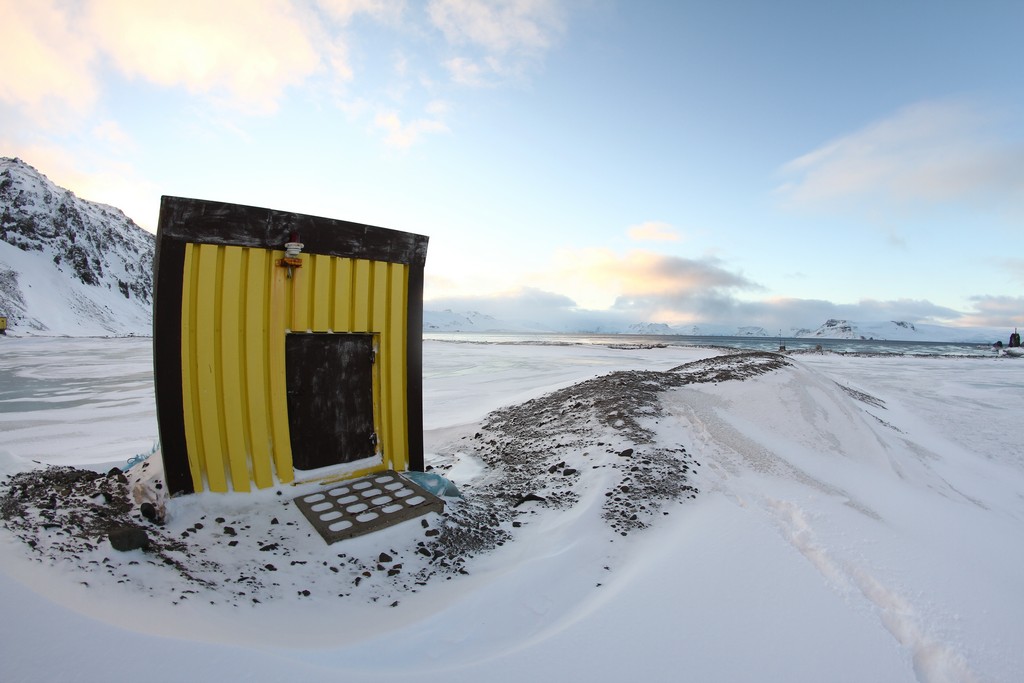 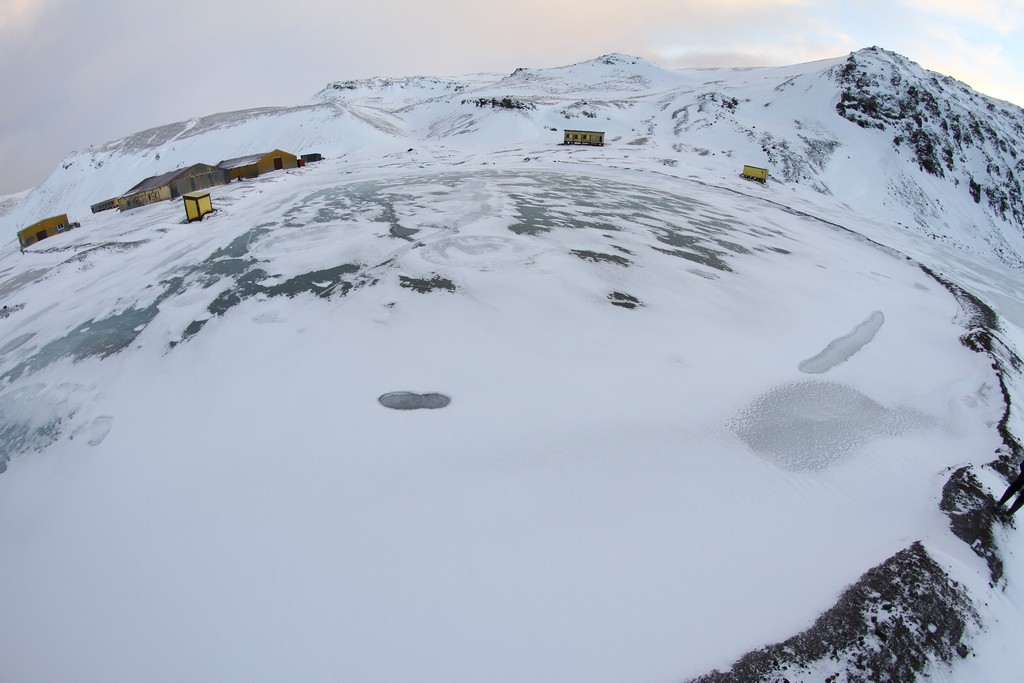 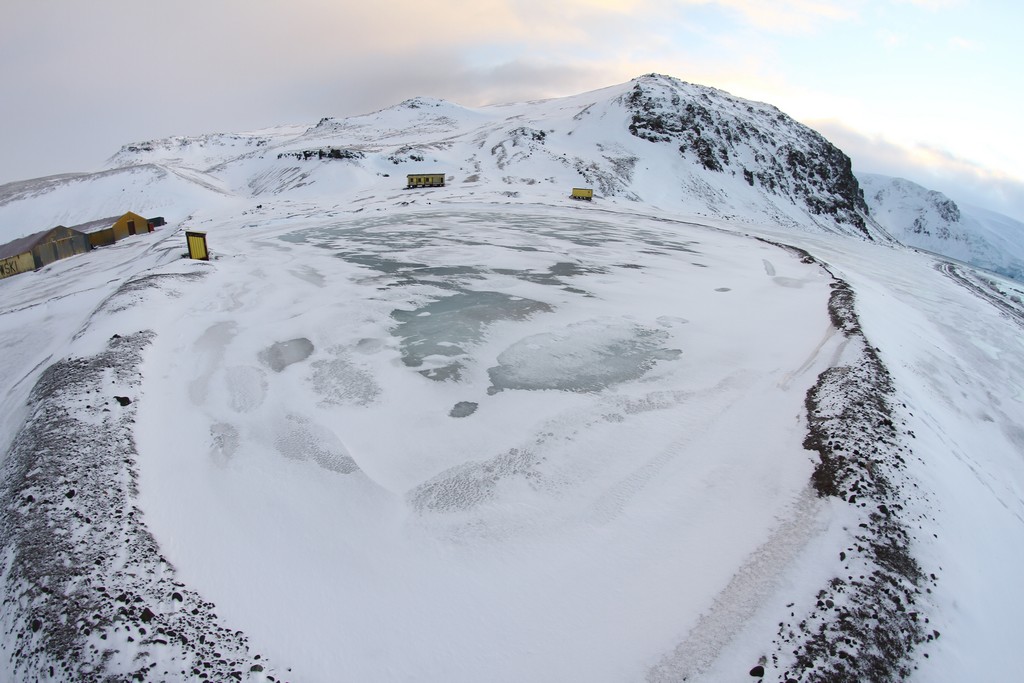 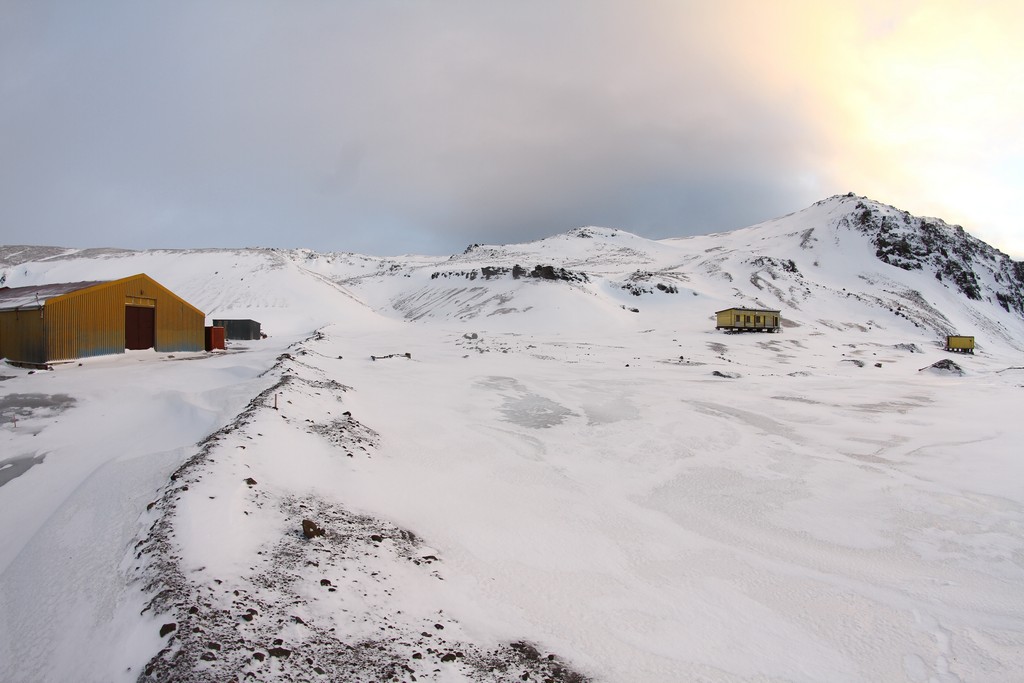 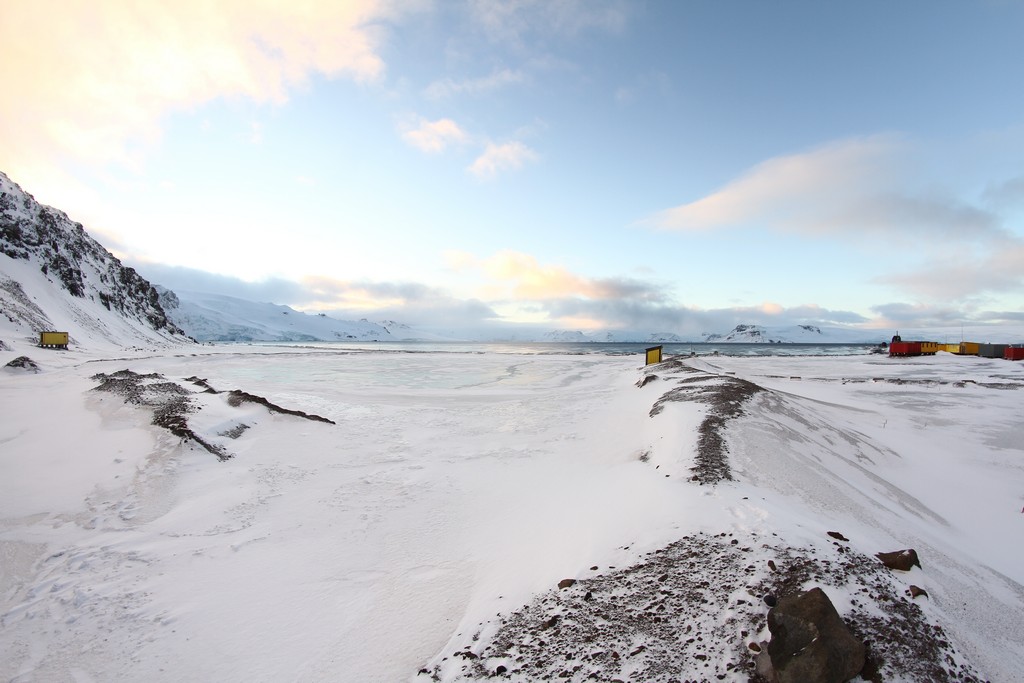 Due to location and character of local fauna, it seldom happens  that animal use our container with water. Of course, it is beneficial for us, because water could be polluted, and the station has only the mechanical system of its purification. There was a funny story in the summer once, when the small herd of elephant seals from the coast moved on our container. As the ice started to melt on it, and the little ones picked exactly the place, where water was flowing from. We didn’t manage to chase them away, and they were looking with their eyes peeled from amazement and carelessly yawn on our screams and hitting in the lids of pots. When they got bored, they crawled lazily over the bay. 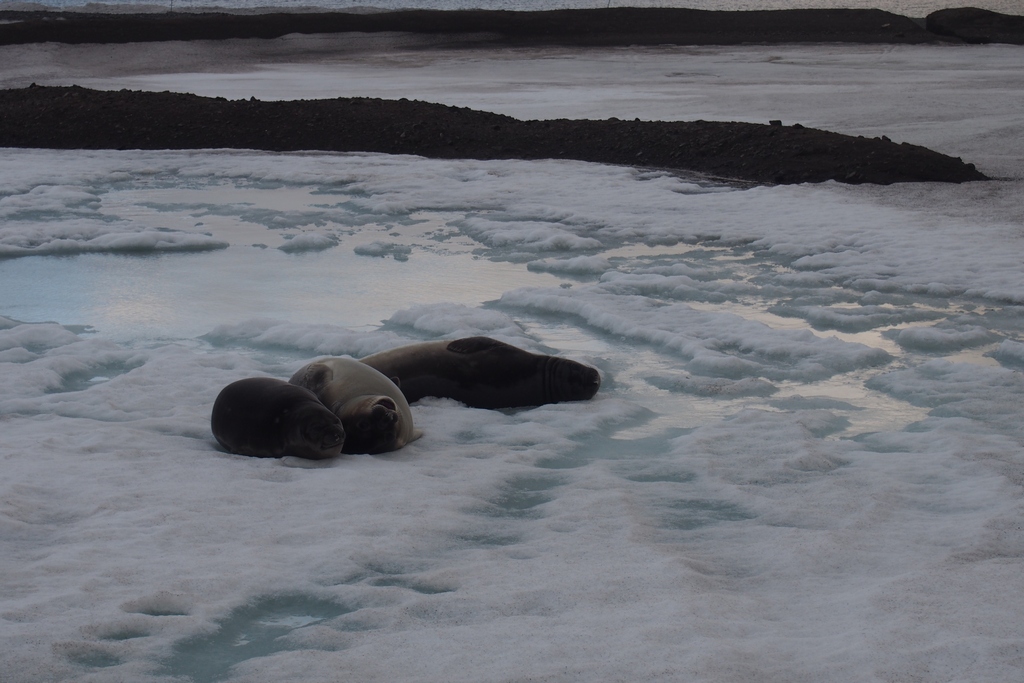