After tiring and a little bit stressful loading the ship, on 24th of September at about 9 p.m. the Polar Pioneer ship launched its engines and moved out from the harbor. The adventure had started and we were supposed to experience 40 days’ cruise.

It was a moment of reflection for us. We all just became silent and were looking at the fading figures of our relatives. There was time for the phone calls, text messages and some notes on Facebook. 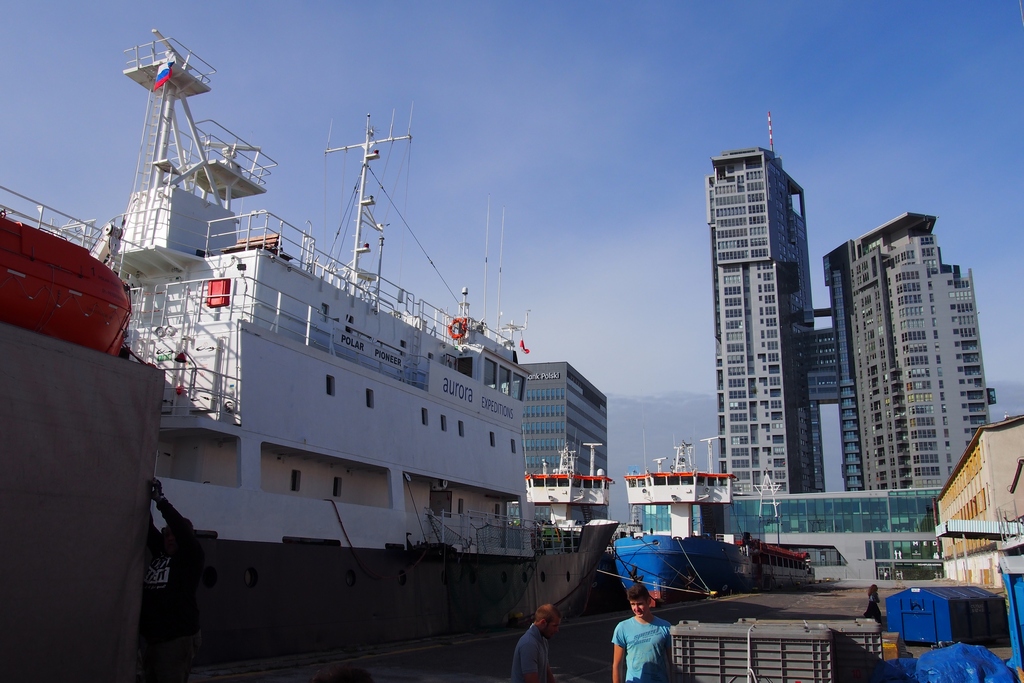 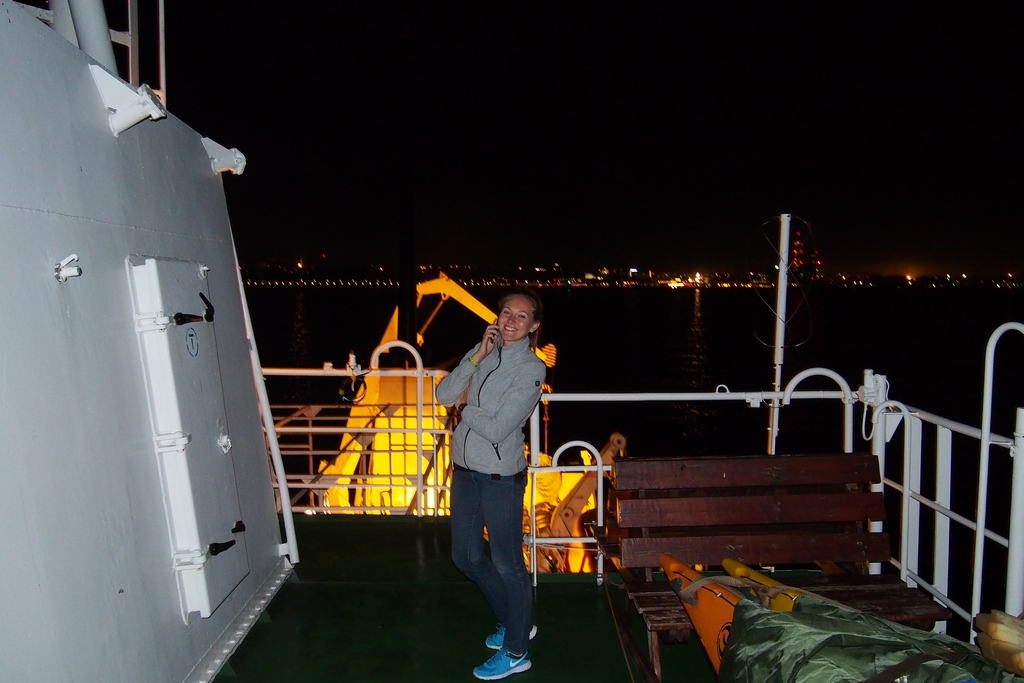 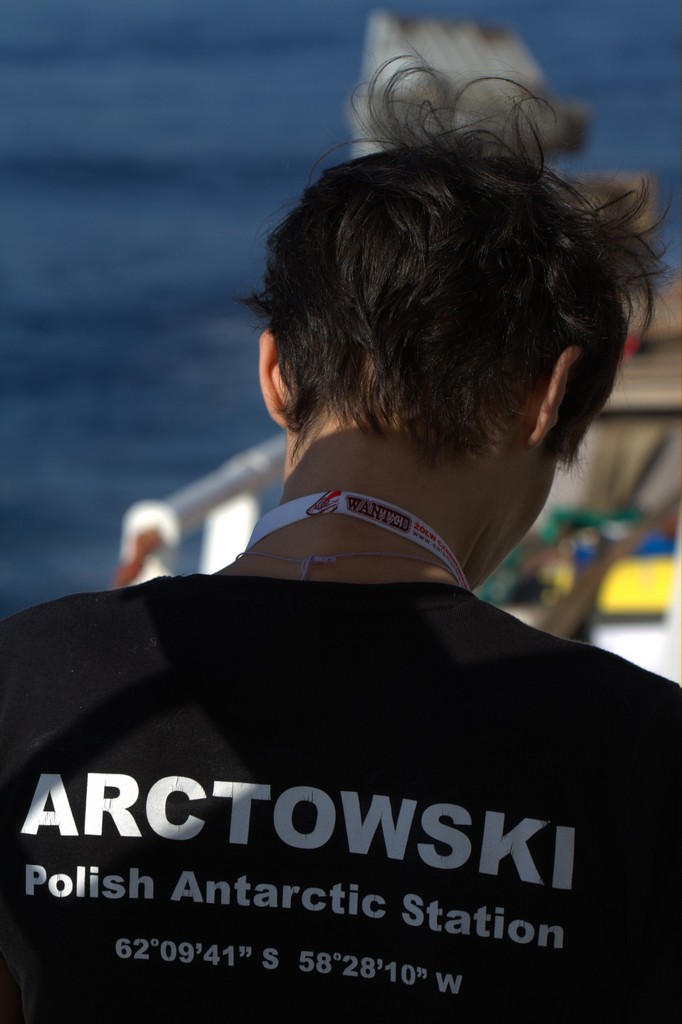 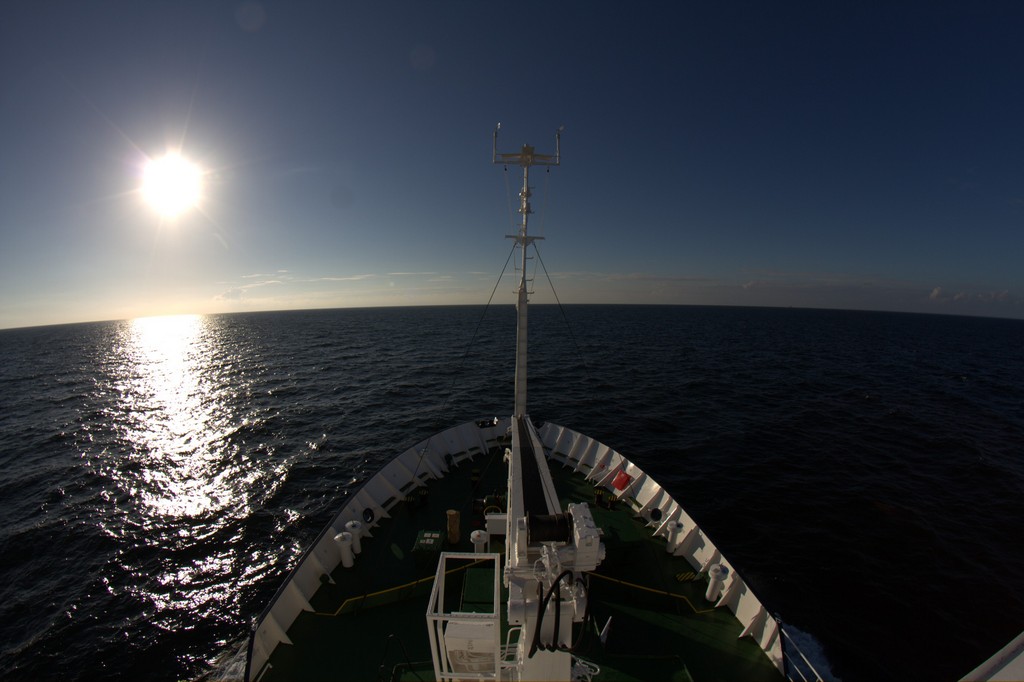 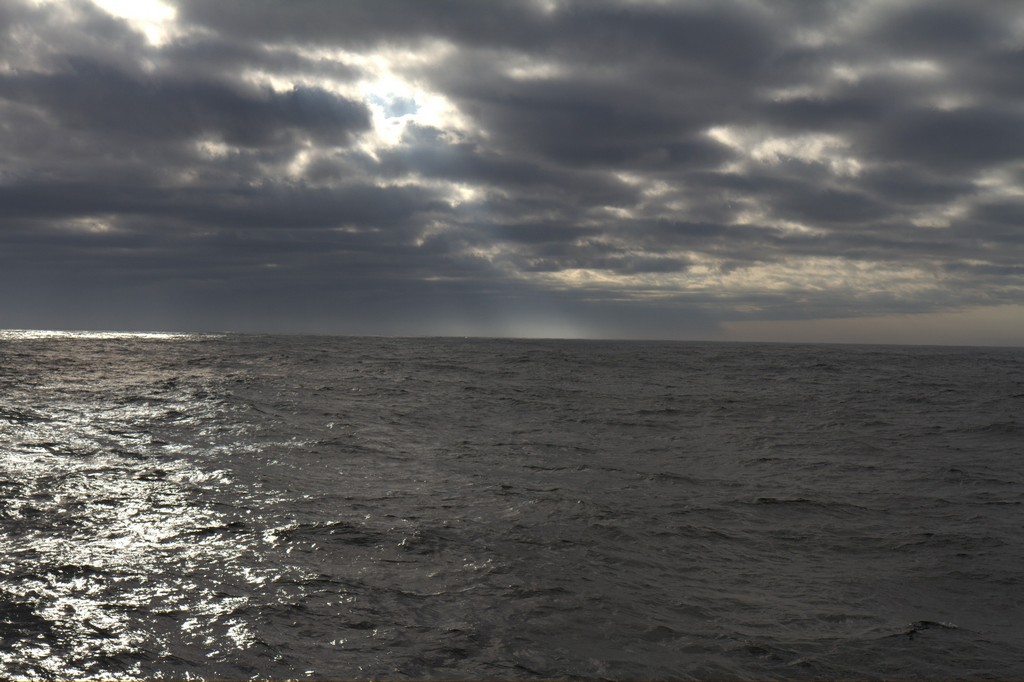 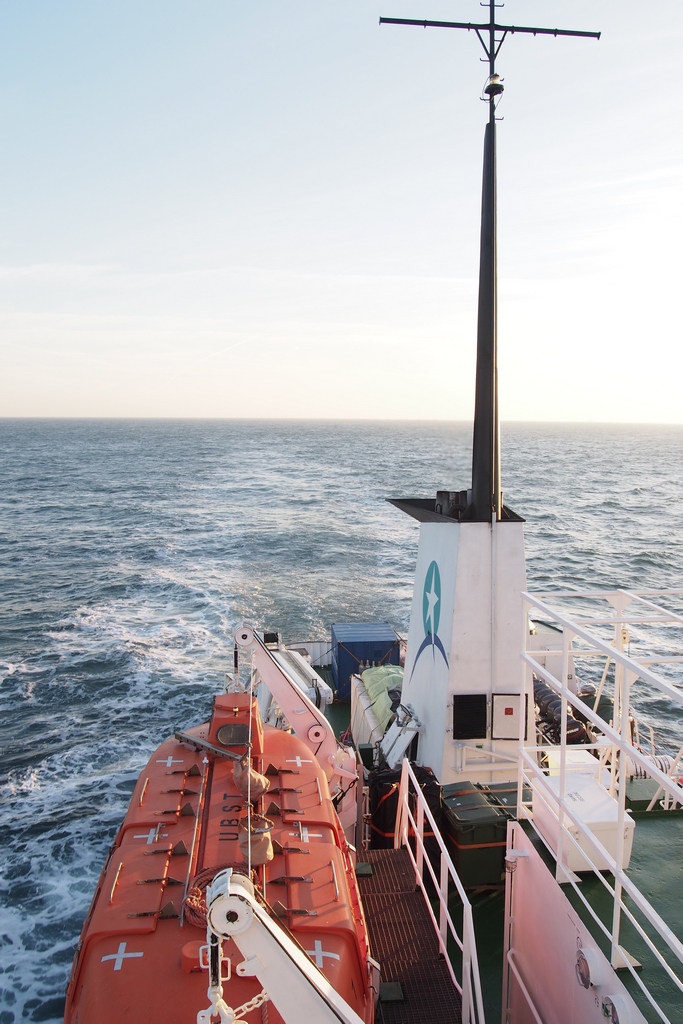 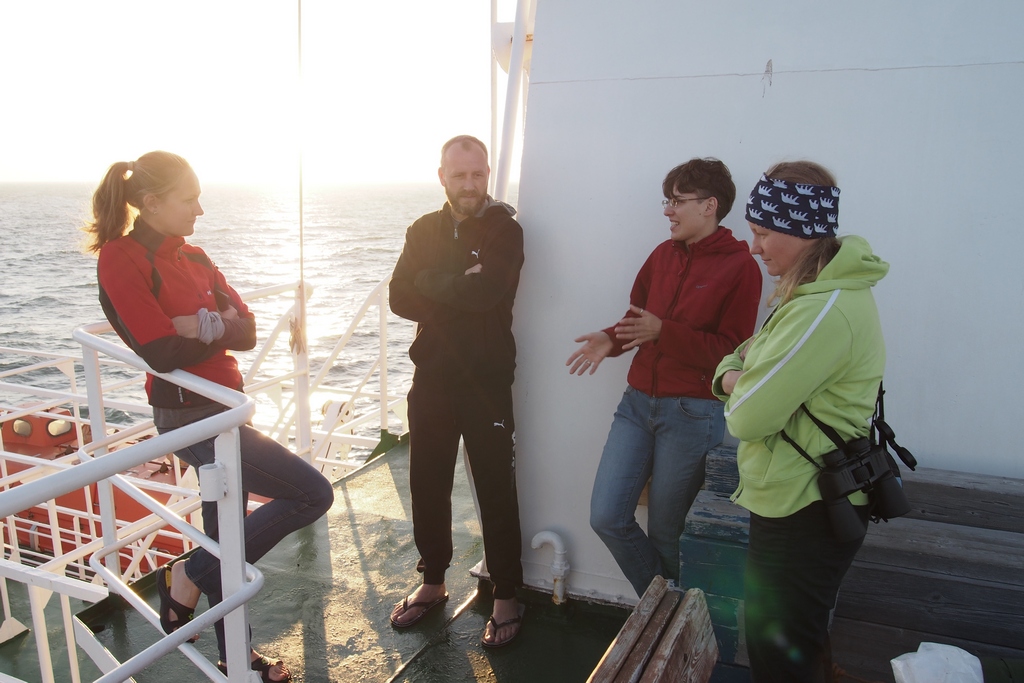 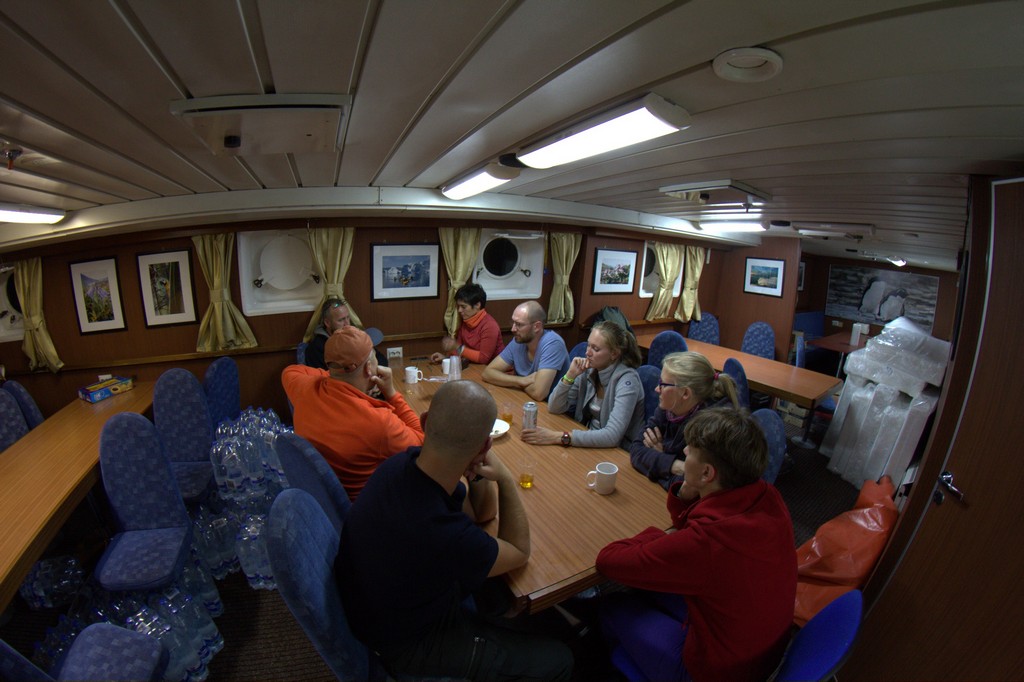 Every one of us thought the same, I think. We were thinking that the destination goal is closer and closer every single day.

Our cruise route was like that (we sailed for about 15 thousand km, we entered Admiralty Bay on 29th of October): 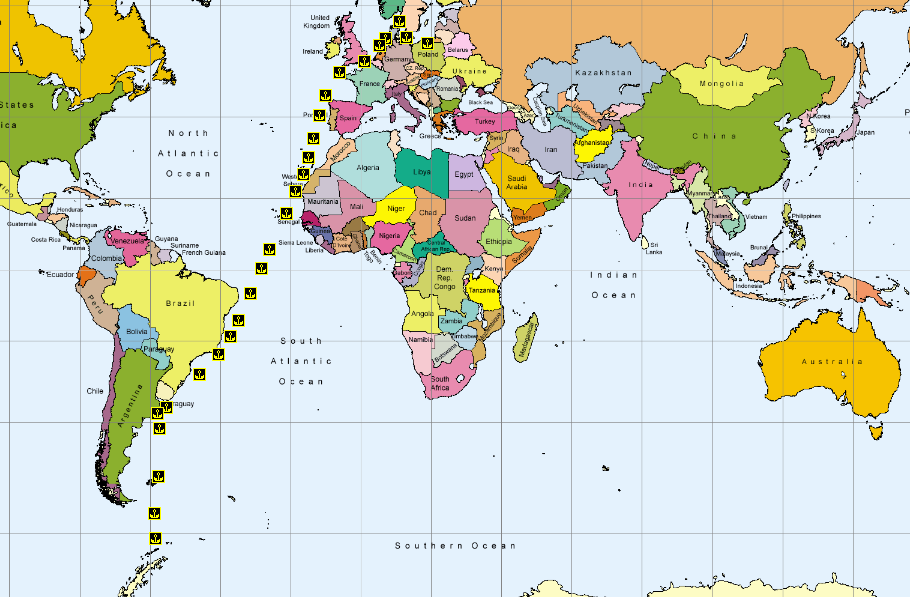 We stopped in Bremerhaven in order to take the load, which was about to land on Argentinian Antarctic Station. Unfortunately, we didn’t have time to be on the ground right there. That was also the reason why the beautiful Canary Islands were just within our sight (we were in hurry to reach the point). But another destination made it compensate because we were able to call our families and we could talk for a moment.

When we were starting the cruise we were wearing warm jumpers and jackets but the closer to the South the warmer it was so we changed the clothes. I think the highest point was in the area of an equator where we were just tanning on the ship at the same time noticing that in Poland the autumn came.

We sailed several climate and time zones – at the Arctowski Polish Station the clock shows different time than in Poland – it’s like 4 hours backwards.

P.S. We’ve reached the Station happily, we are about to unload the Polar Pioneer ship. By now, we are getting used to the place here but it’s so amazing exactly like we’d imagined.

In the following days, you are going to see what’s going on here. We will be updating 🙂