And it has started! Dark night, the snow falling down slightly, some station’s lights far away and we all just were standing at ship’s side staring into the darkness. We have been preparing for that since the beginning of our expedition.

Suddenly, the first PTS showed up – that’s the view we have already known from Hornsund. Short greetings with the previous team friends and Damian sitting down at the controls of that huge machine. The training in Wrocław and reality are two different things, but he was getting on really well. Ship crane started to work and everyone began unloading different sizes barrels and parcels. There was a huge buzz and confusion but there was also a concentration – we began to struggle with rapidly changing weather conditions and our own weaknesses, because according to the statements the ship was going to be unloaded as fast as it’s possible. Part of our team stepped out on the ground in order to take over the responsibilities from predecessors and some of them stayed on the ship. Except for unloading the ship I was also the translator of Russian crew’s orders. 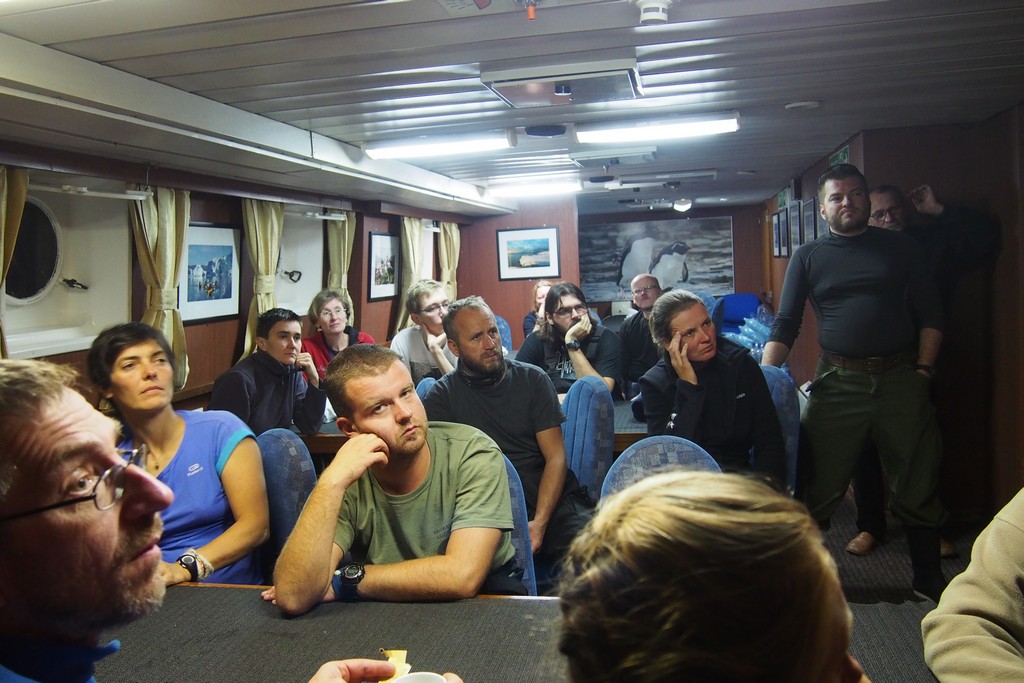 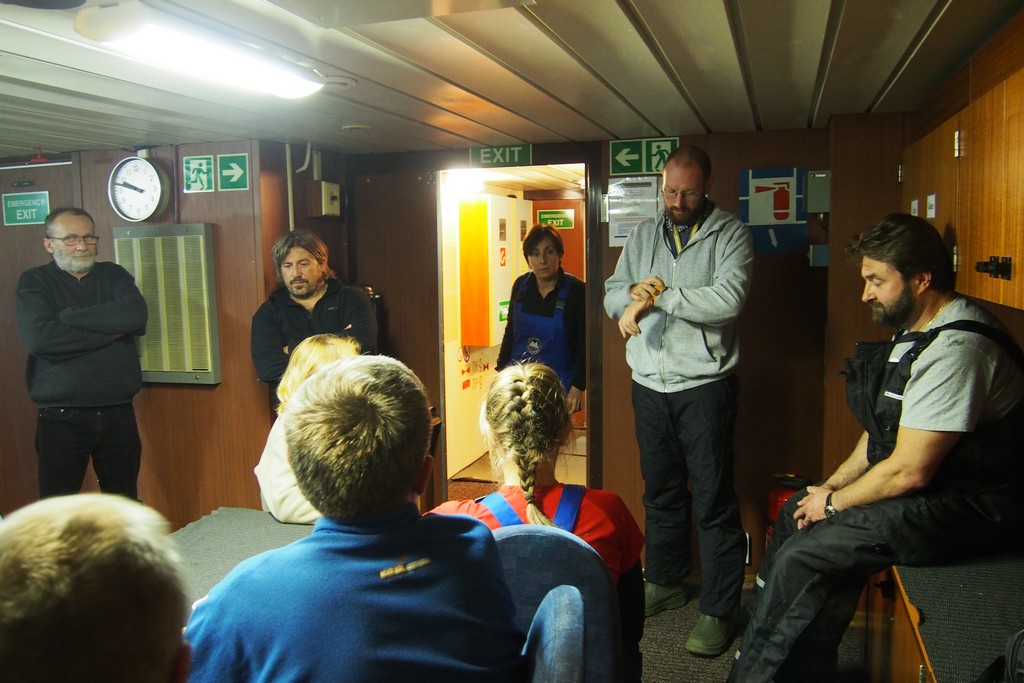 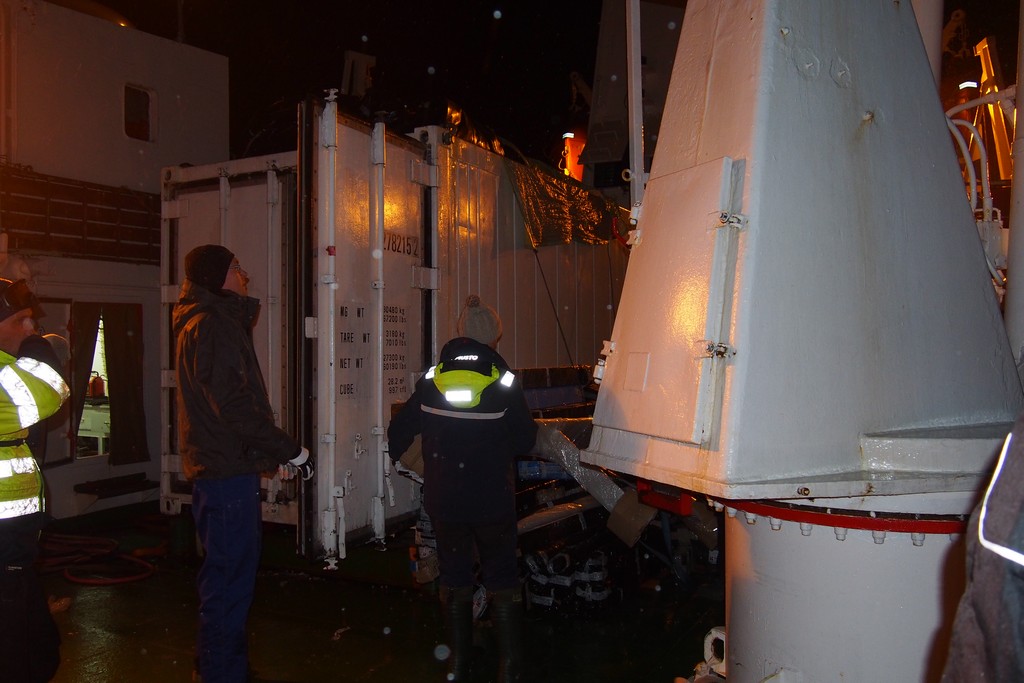 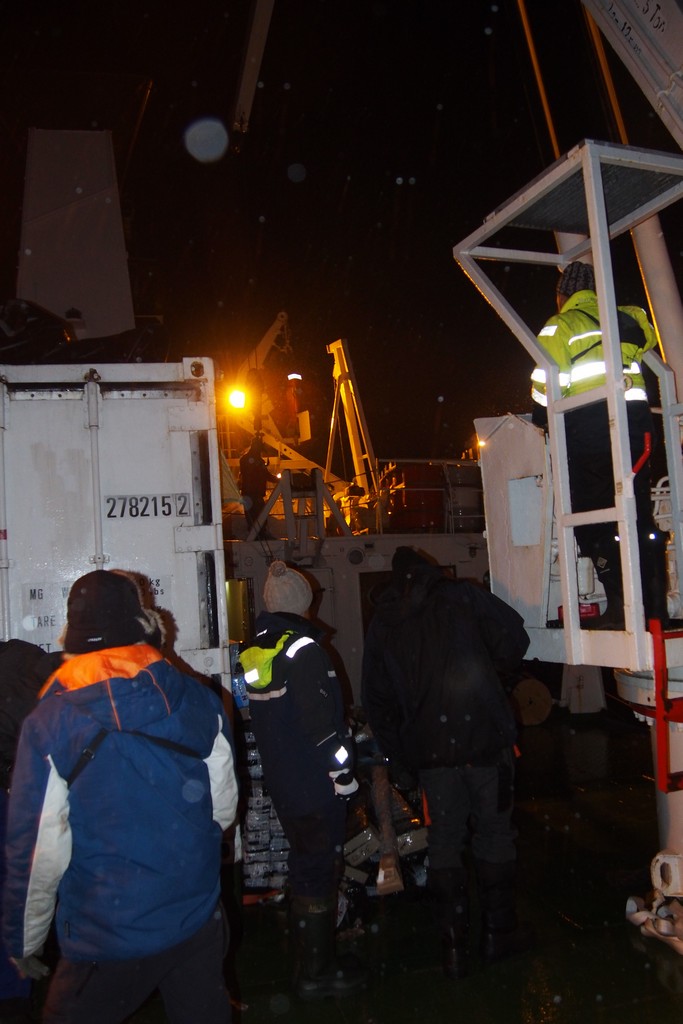 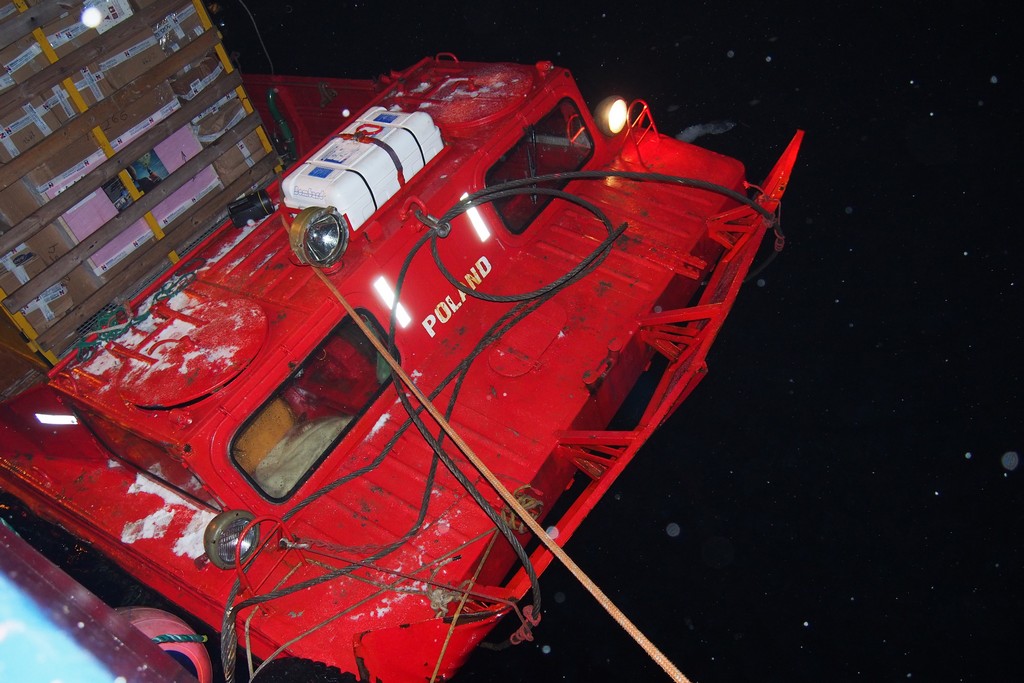 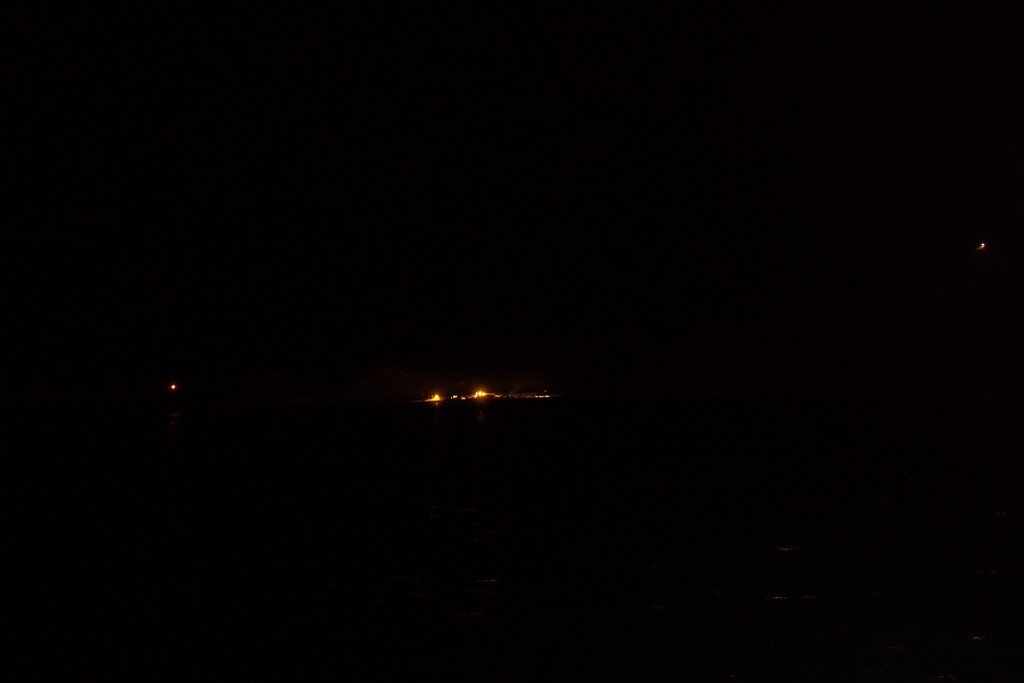 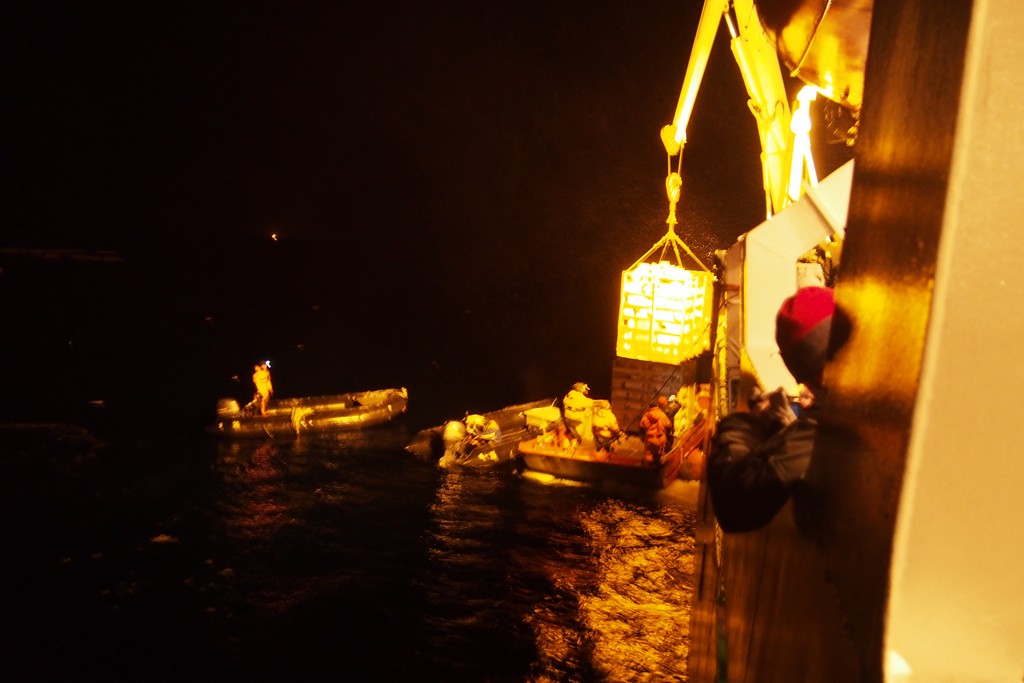 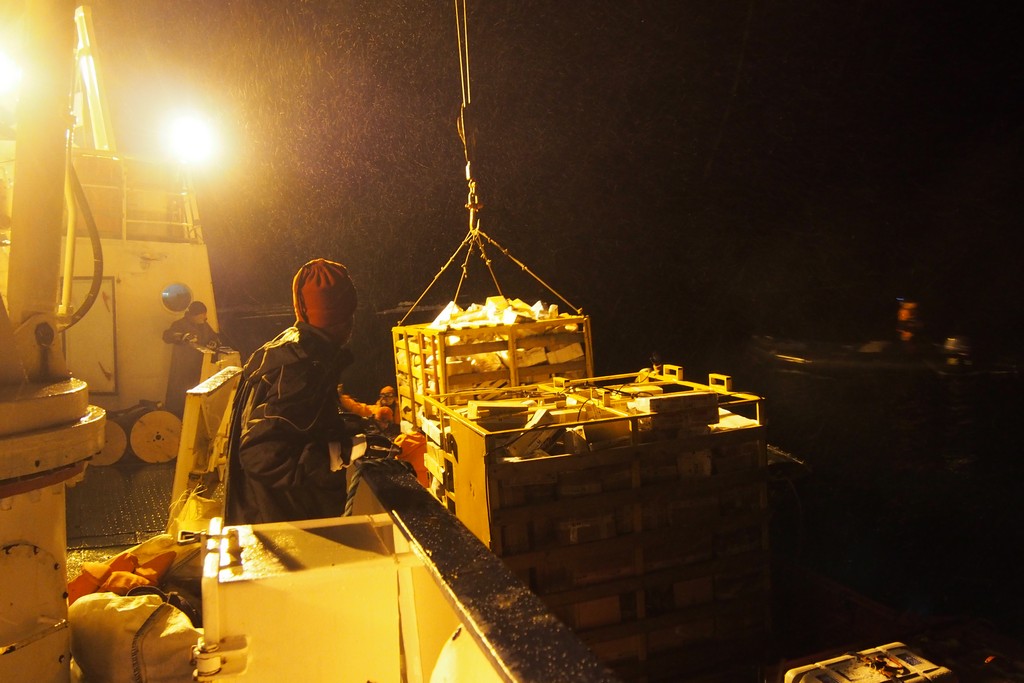 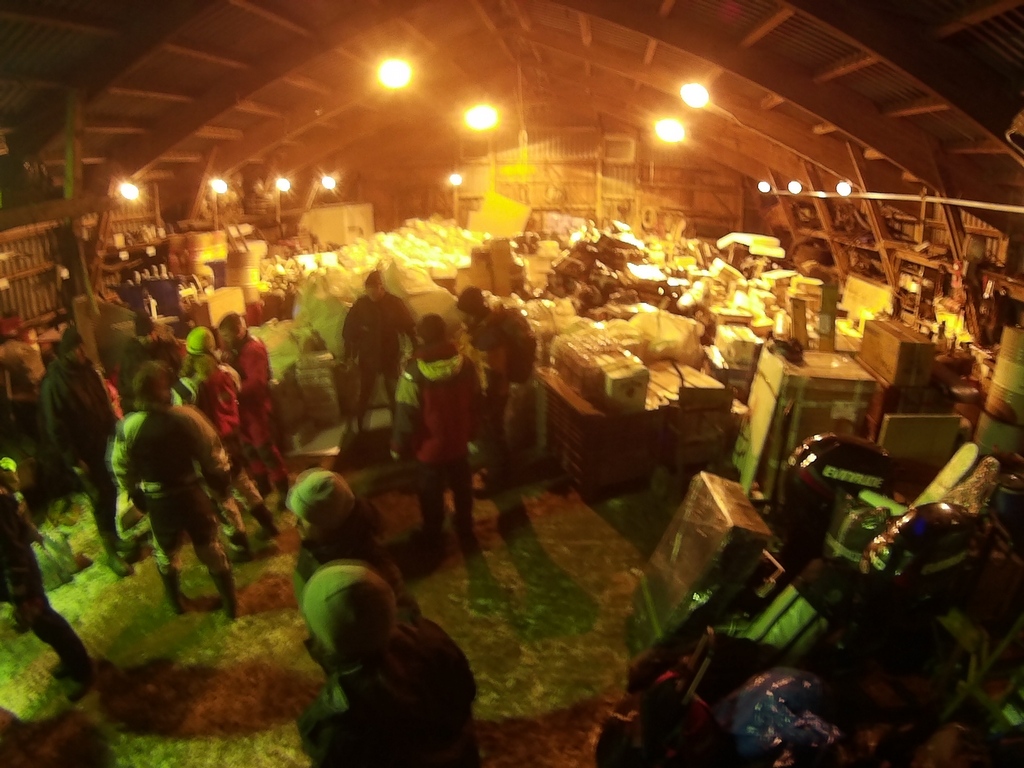 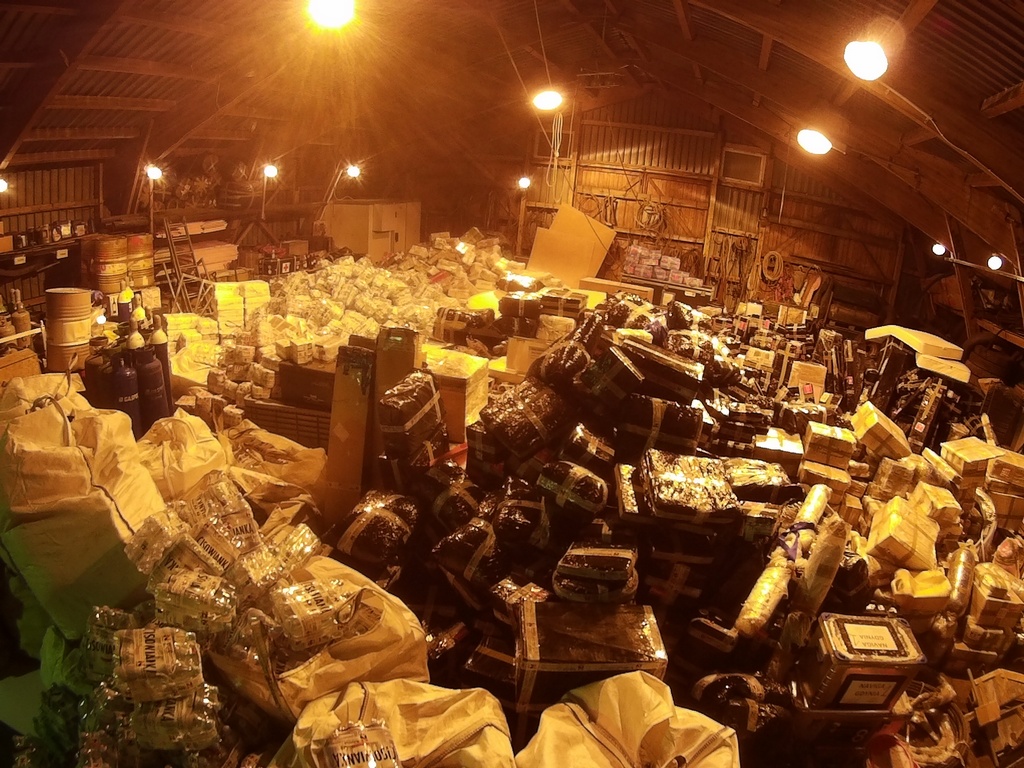 On 30th October at daylight there came zodiacs except for PTS – we bring some private luggage of people which want to get to the station there and part of cargo that is packed into huge bags. There is a huge fight with ice and a wave on the coast in order to unpack it all later. All the stuff is loaded onto a tractor trailer and is transported to the warehouse.

-> Here is video from unloading

At about midday, weather conditions change and captain makes a decision to go back to Lions Rump, where two new people have to join for a 5 months period. I have a fever so I am not just good at what is happening so that’s why I‘m staying on the ship and the others are unloading cargo. We took the advantage of weather so it all took about 3 hours. We come back to Arctowski Polish Station but a really huge wave prevents us from unloading. We were just rocking around the area all night and finally on the 1st November it was decided to unload again.

I go down to the station at about midday and I am included to work immediately which finally ends on 31st October in the evening (all thing took us for about 2 days). We have some time to greet and to say goodbye to the others from the second team that were helping us so bravely during unloading.

We’re having a formal dinner in the evening, we are all very tired but we are also happy that we’ve come here. This is a place that is going to be a new home for us for almost a year. In the hall and some other buildings there are lots of loads we are going to unpack. So we will probably spend next days on unpacking and arranging it all.

P.S Unloading was much harder than in Hornsund – we had only one PTS that we could use, the goods weren’t in pallets mostly so there was more like physical work (The Polar Pioneer has less space than Horyzont II, that’s why we packed things differently). And there was not much time left. In Spitsbergen we had 2 weeks (the ship came back to Longyearbyen meanwhile) so we could always wait for weather to improve. Here we’ve had only 2-3 days because the ship had to leave the Bay on Saturday evening, so there were struggles but we did it. I think it was a great pity that we couldn’t just take over duties and the station from the previous participants. We could neither get to know each other nor take over the responsibilities but I hope we will do it next time.