Today we’ve reached Cracow, we completed the training in Gdynia successfully. The last two days were very heavy – at the pool and the Bay of Gdańsk.

On Wednesday, after the theoretical training from individual help techniques there came time for practice. We met all together at the pool and it all started.

We were practicing the jumping from the trampoline (the height of 5 m) in a life vest and the survival suit. Fortunately, we were able to ask the lifeguard to show us the rescue action with the participation of helicopter ( how the action might look like).

You can see our struggles in photos below: 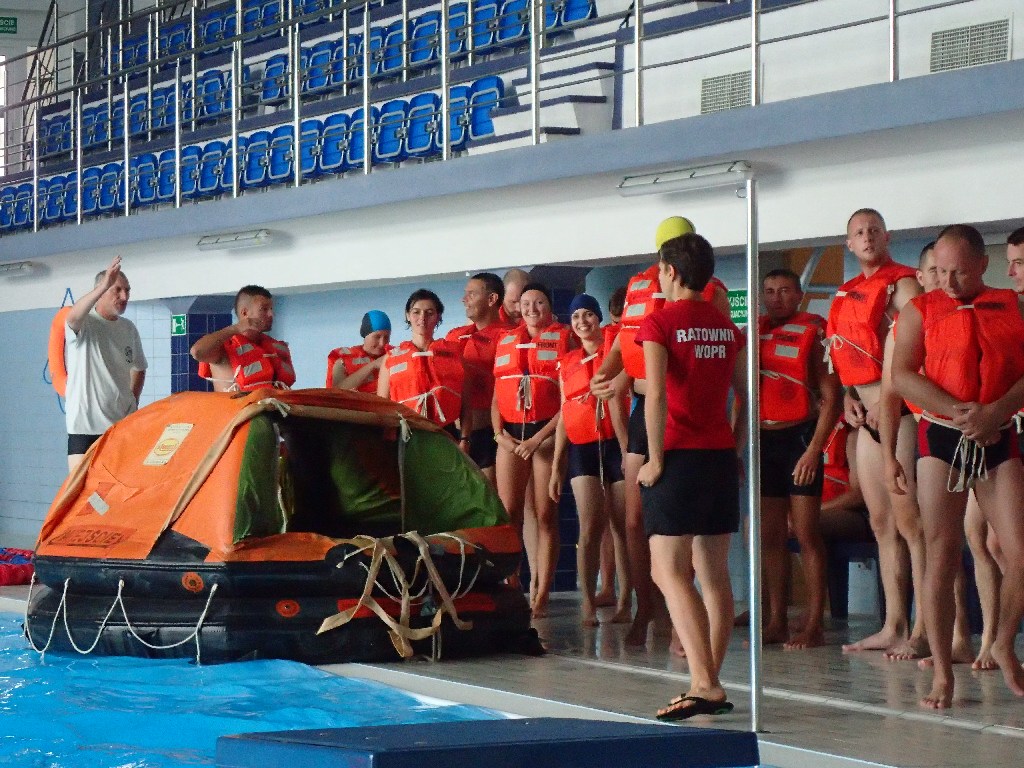 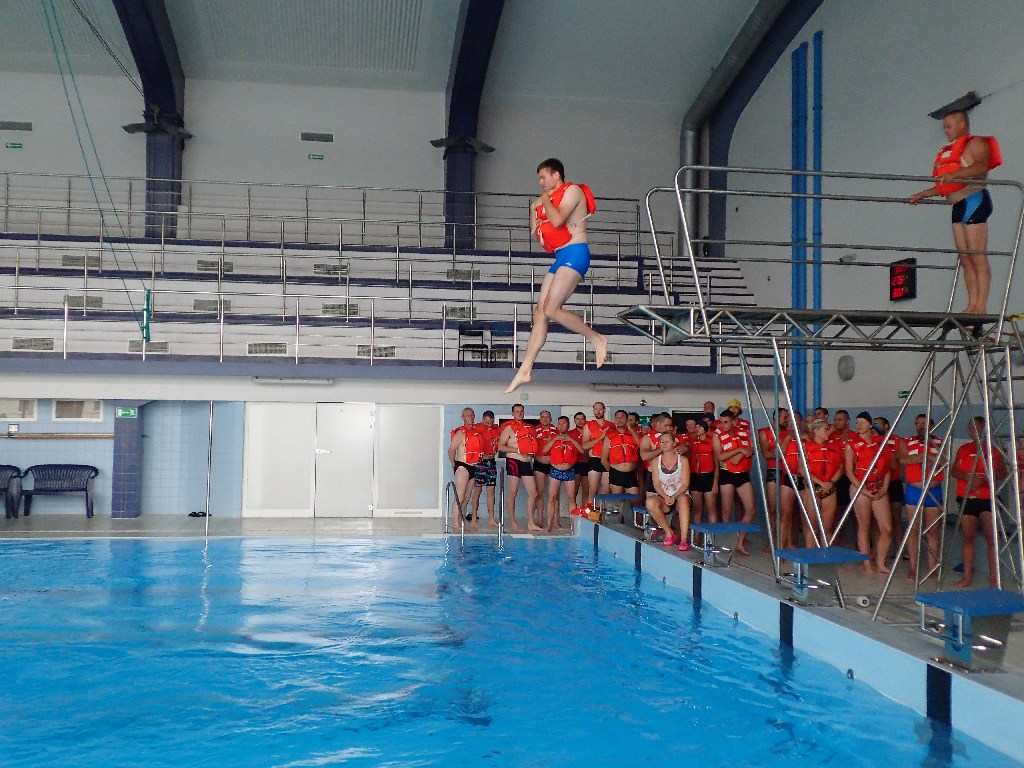 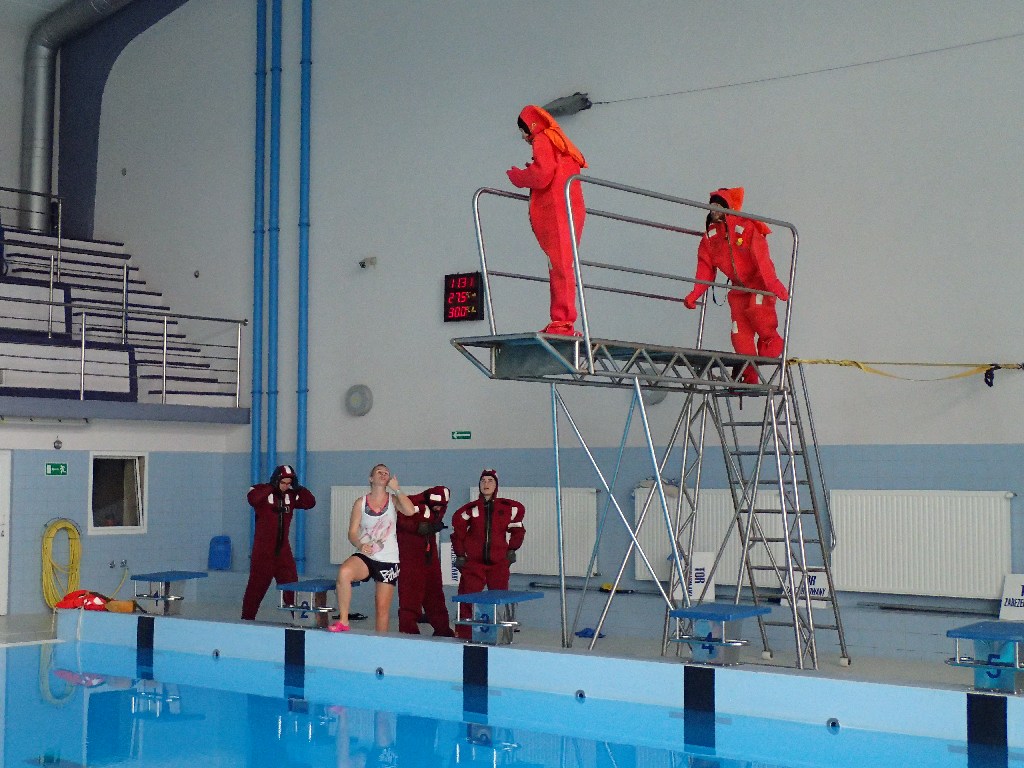 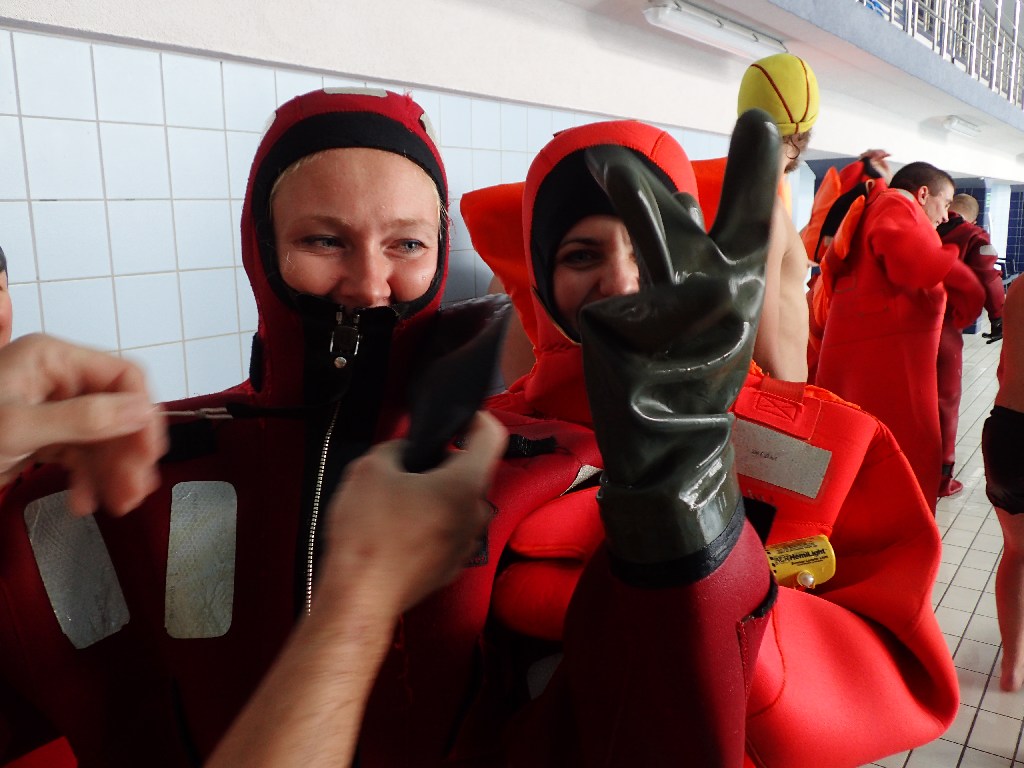 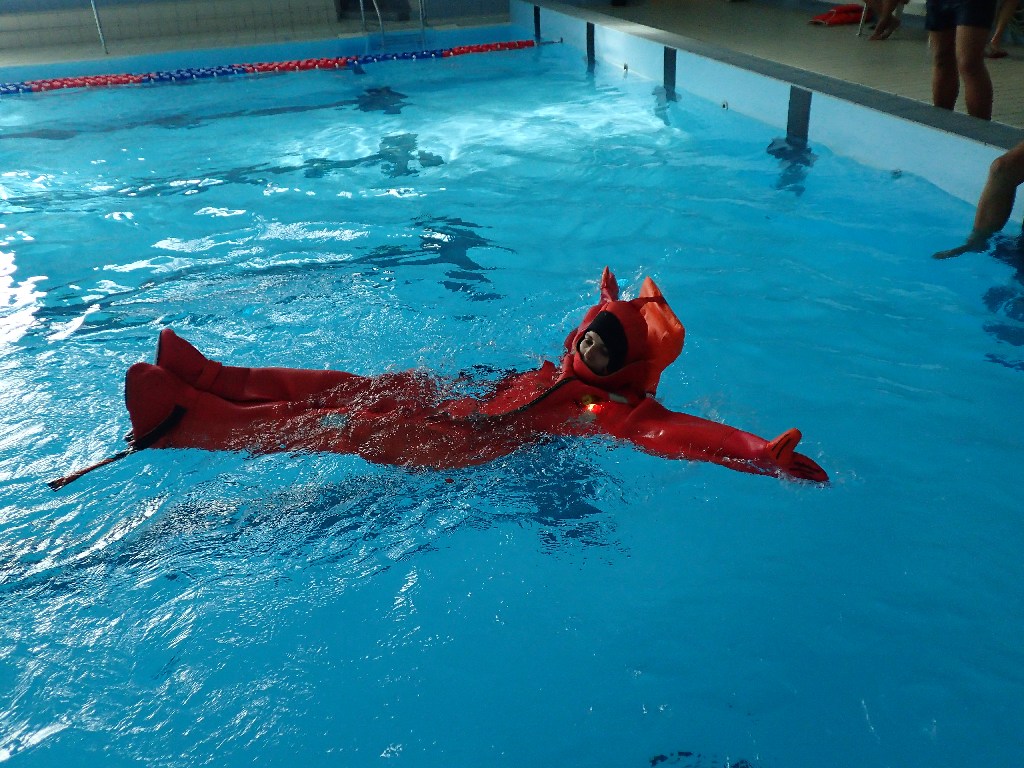 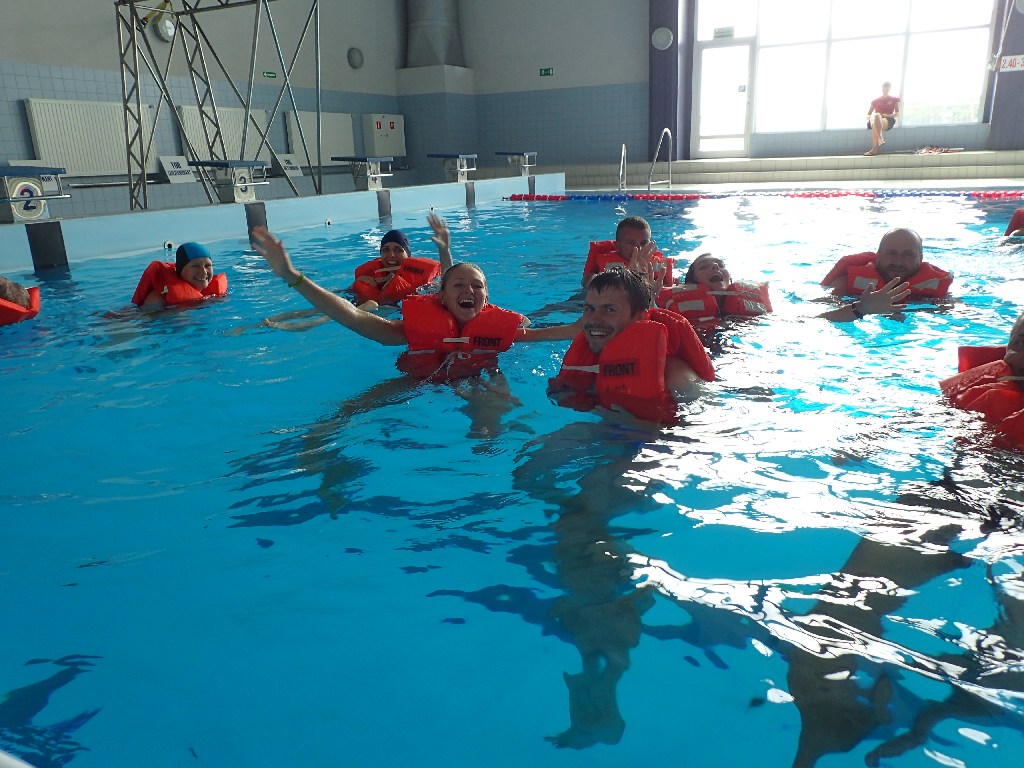 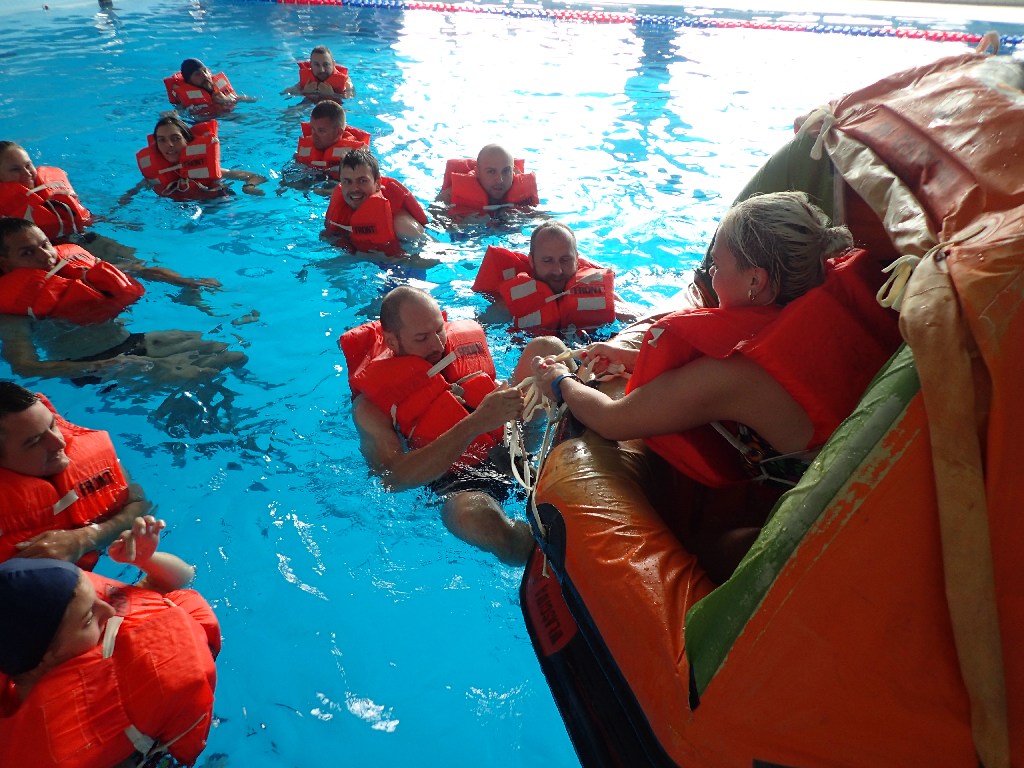 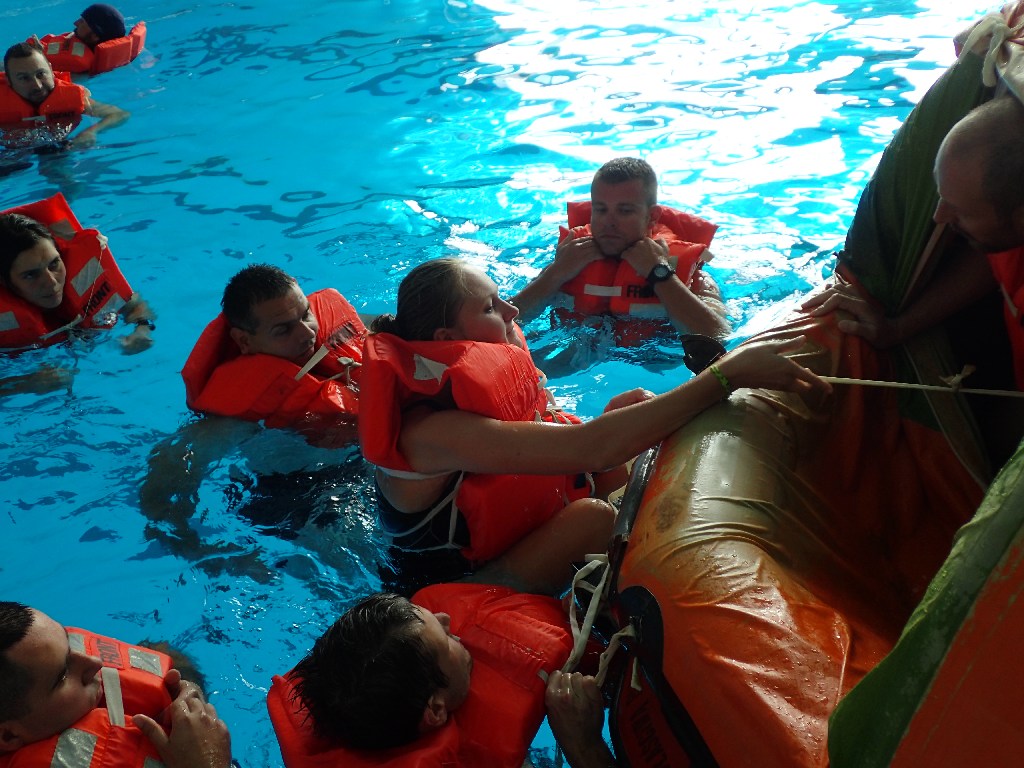 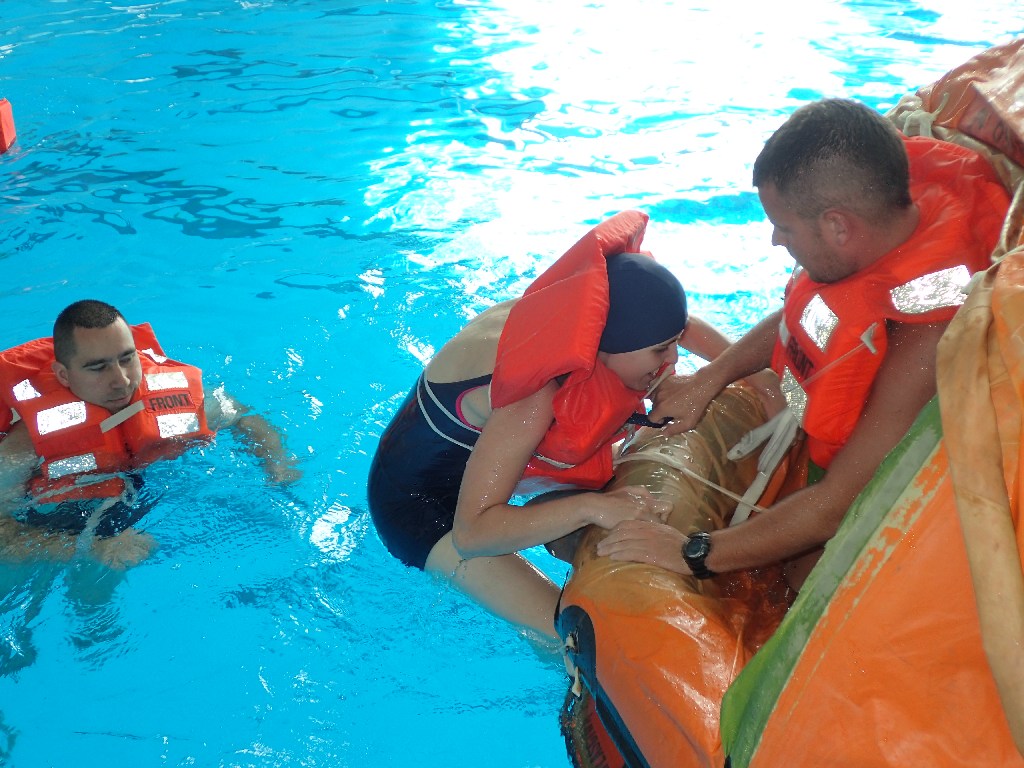 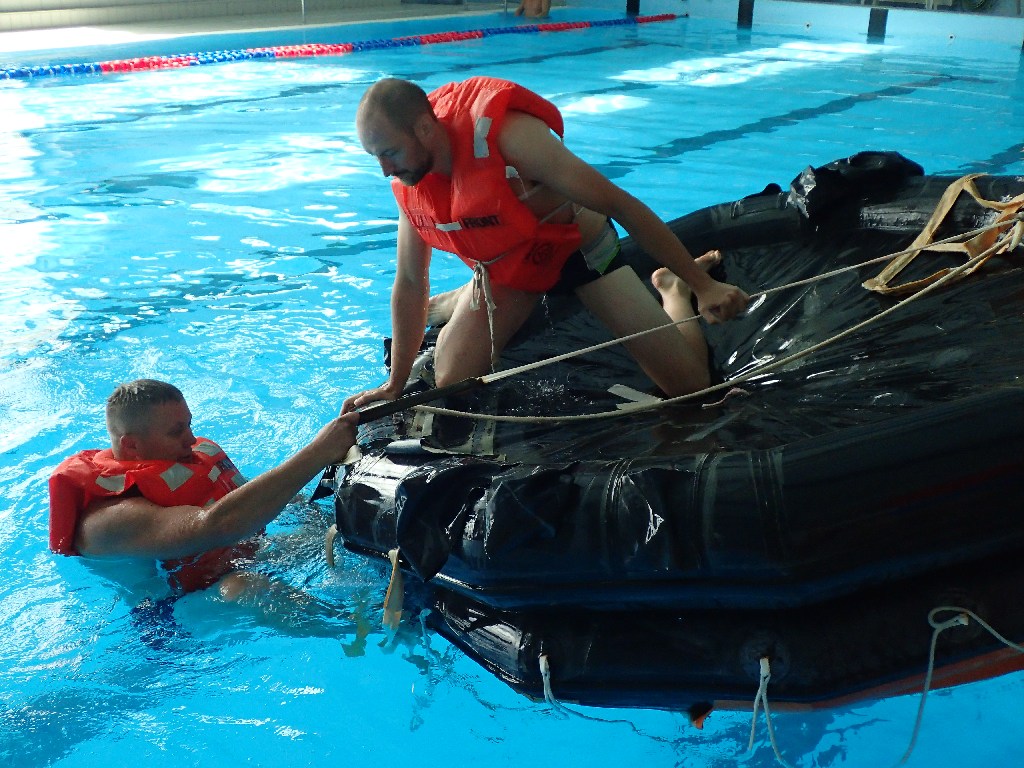 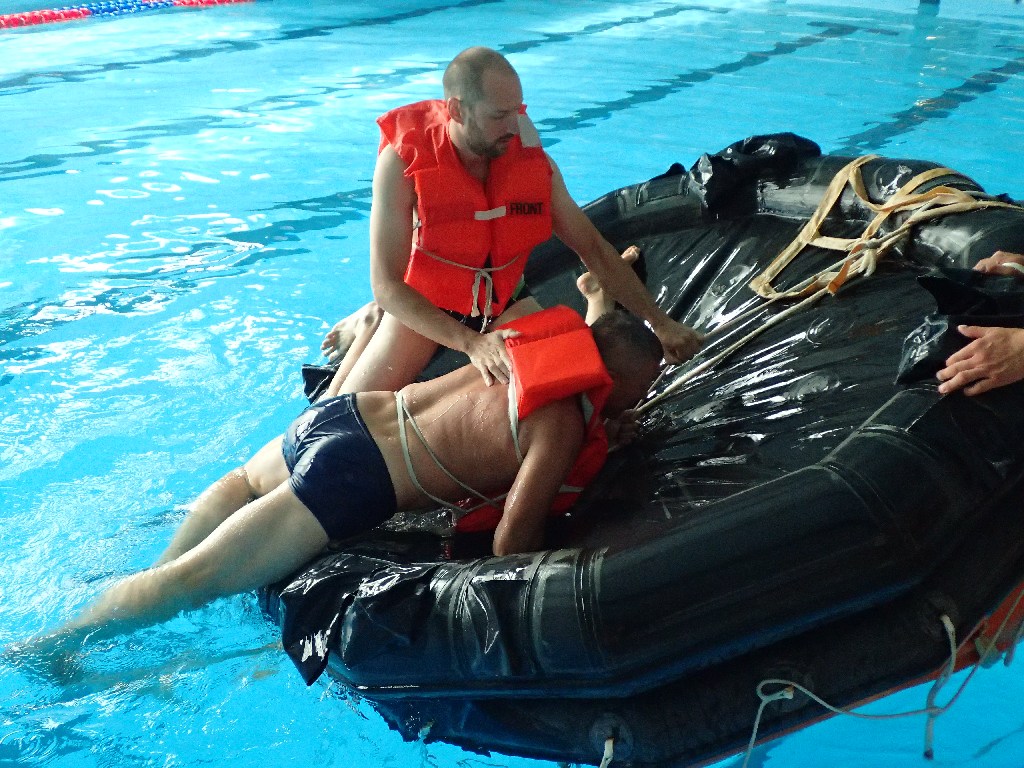 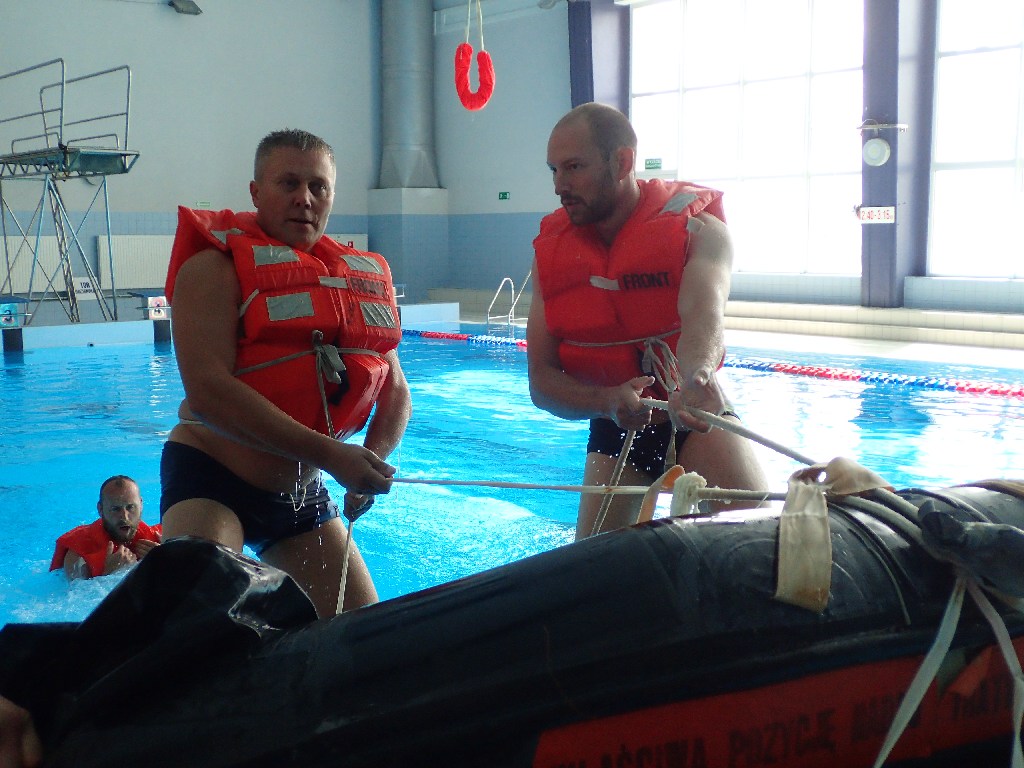 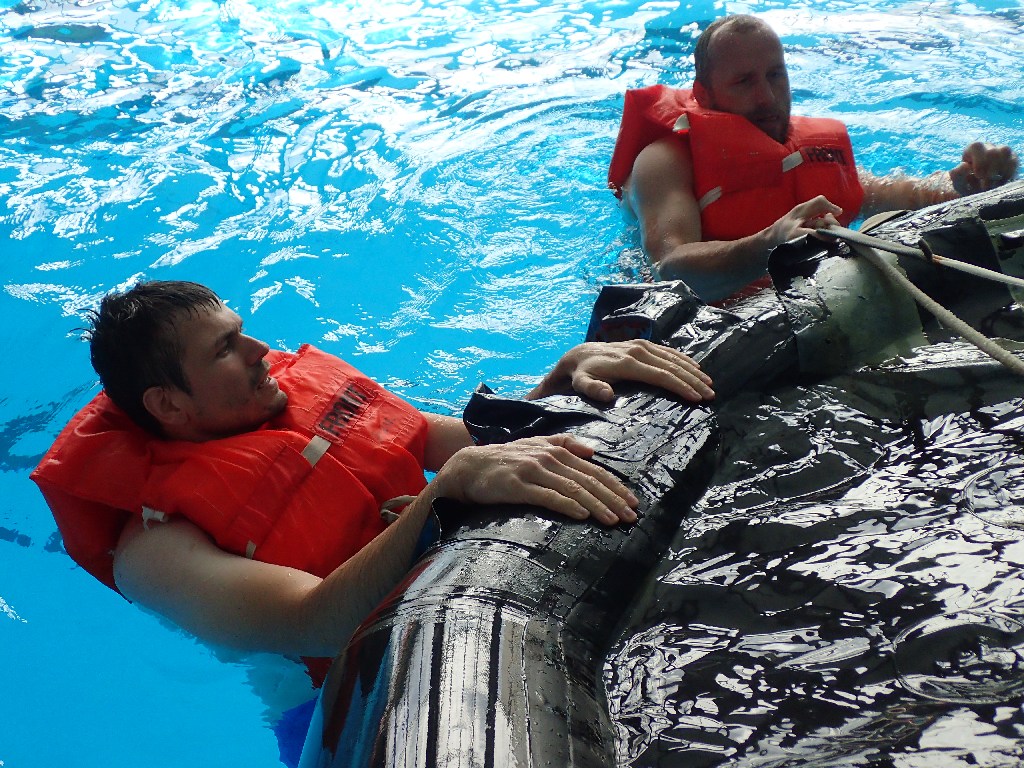 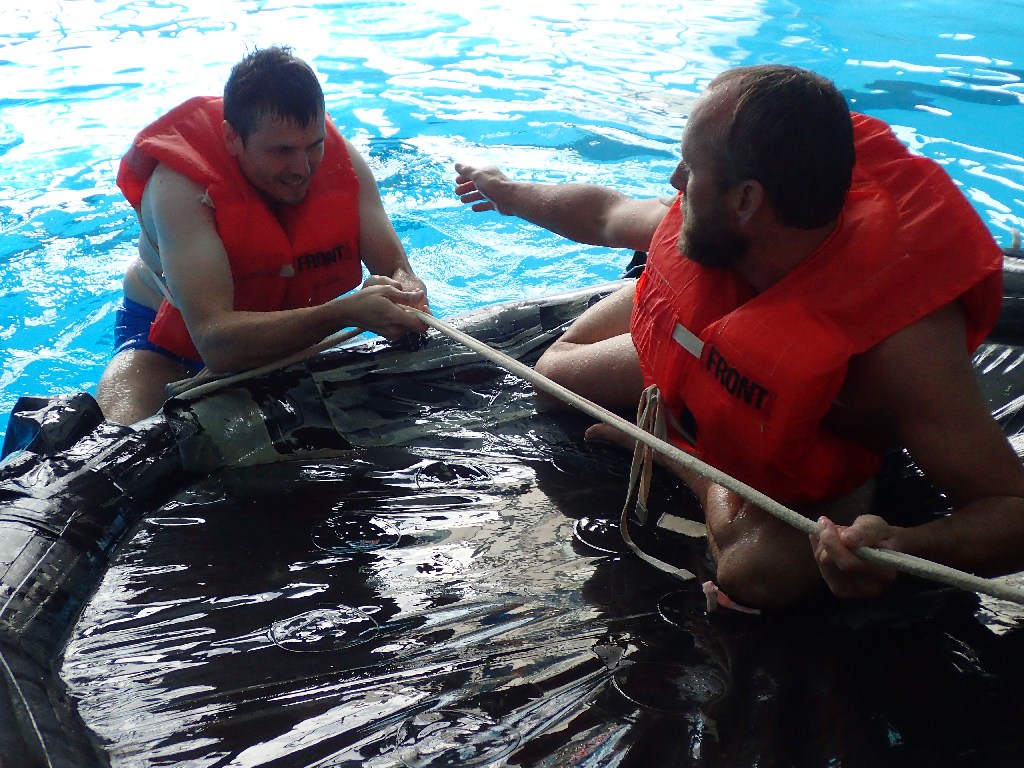 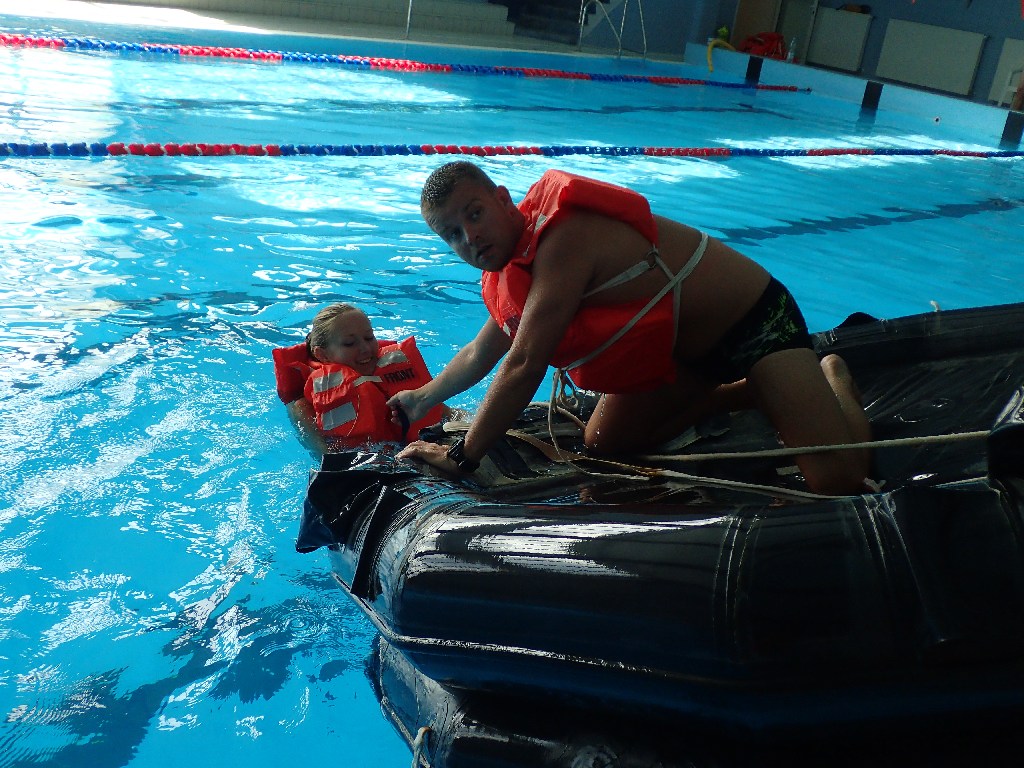 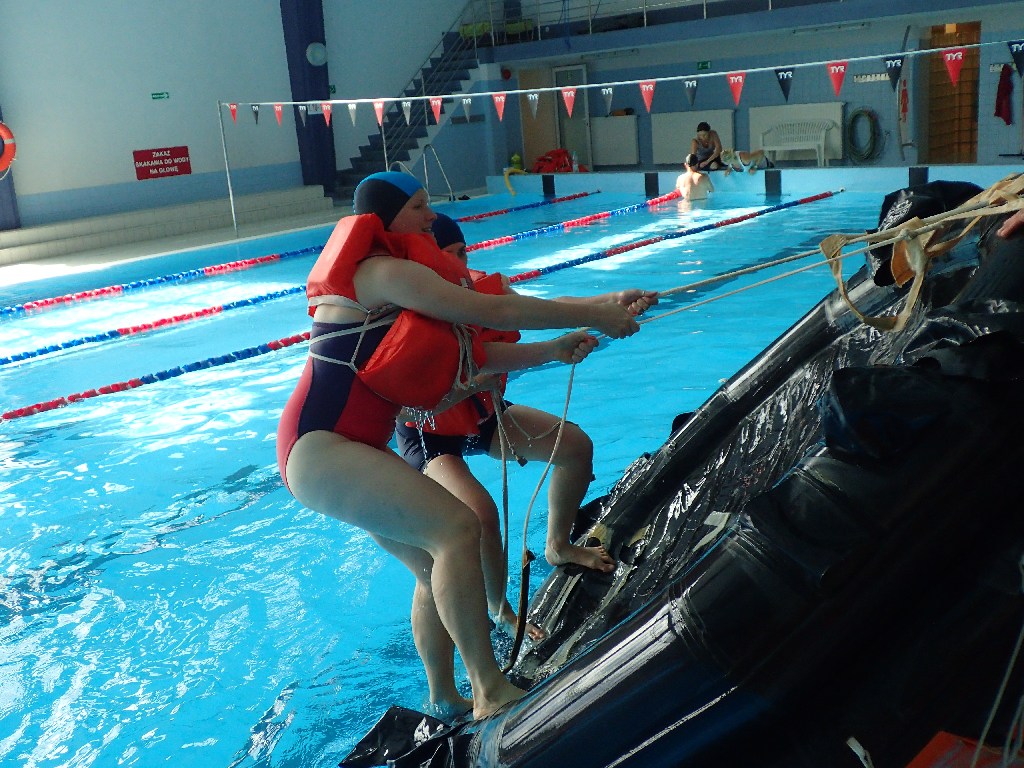 In the afternoon there was a lot going on. There were many physical exercises. We had fire fighting course, the first part was theoretical one but then, we were… extinguishing the fire! This time the pine wood and ether were burning. We could use different types of fire extinguishers. There are some pictures below: 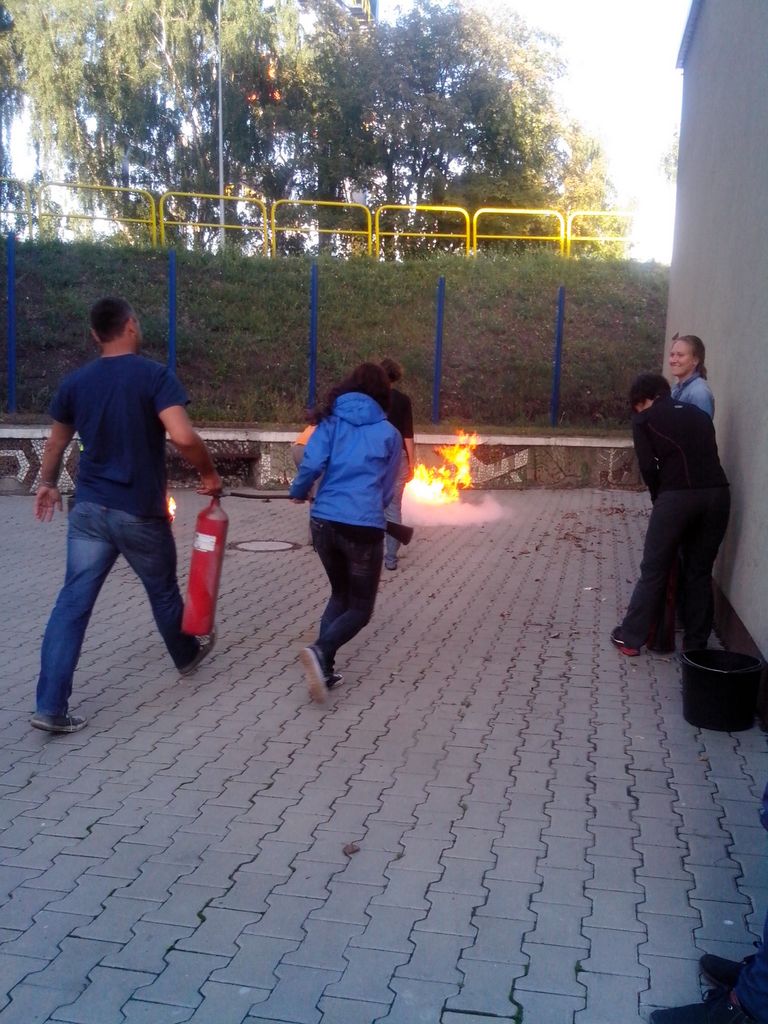 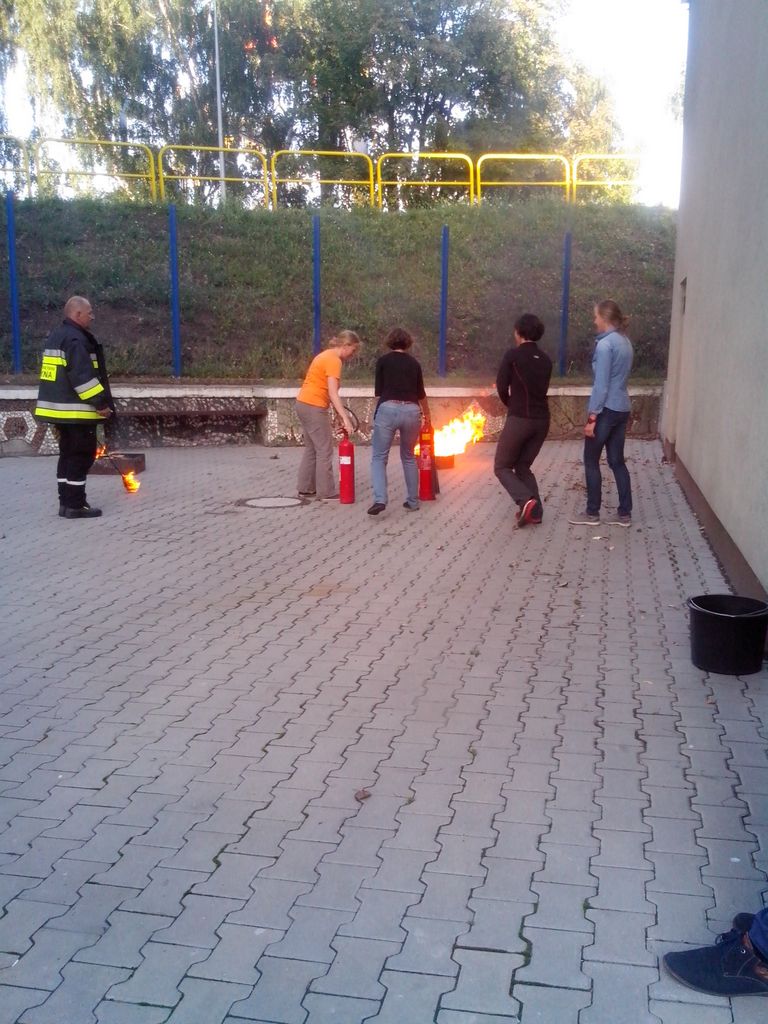 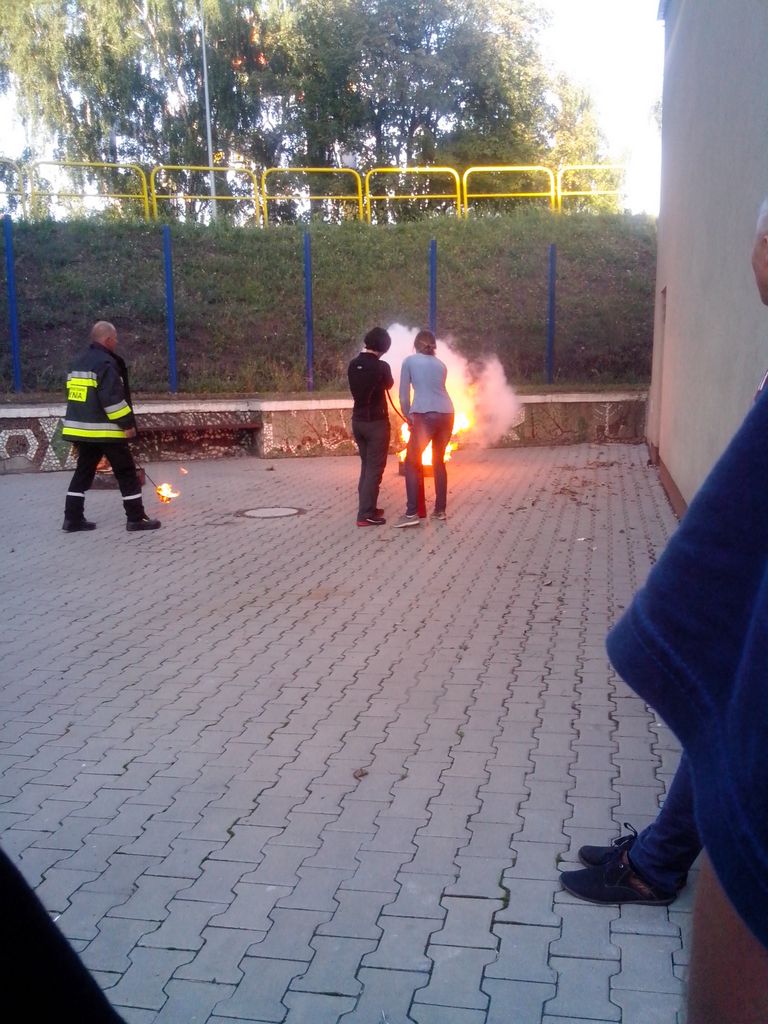 On Thursday morning, we had the use of communications technology training – we were dealing with conversations through the radiotelephone. We were also talking about different types of satellite communications.

The farther the better – we had to wear Helly Hansen and then just move forward to the Bay of Gdańsk. The first training we had there was pyrotechnics training course. Later on, in the natural marine conditions we were practicing throwing the water buoy, landing with the pontoon on a beach (at that time we were, without the doubt, the tourist attraction). The most difficult was, probably, coming back to pontoon after the simulation of falling overboard.

Unfortunately, it was impossible to take some photos there but we have some just before the training: 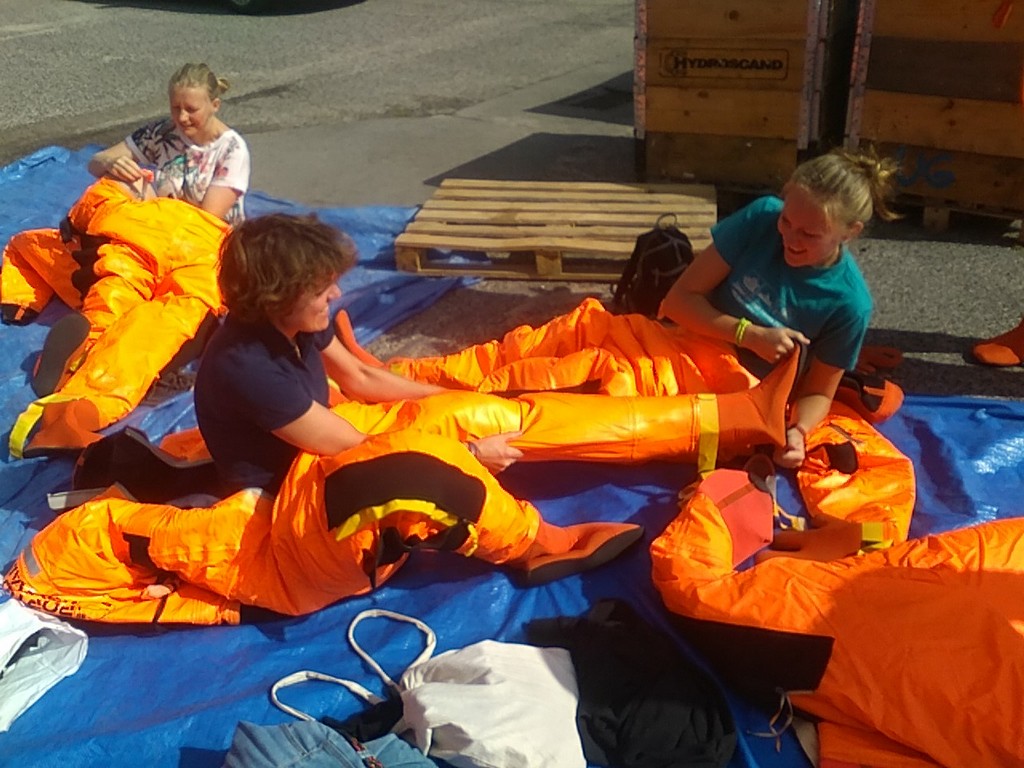 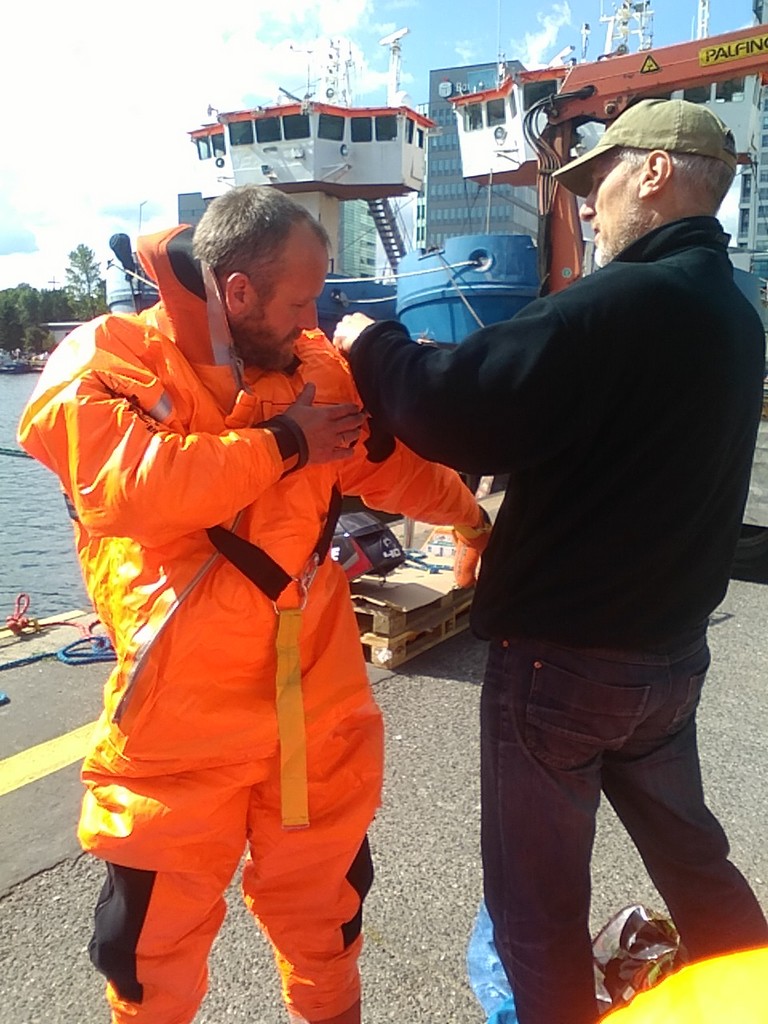 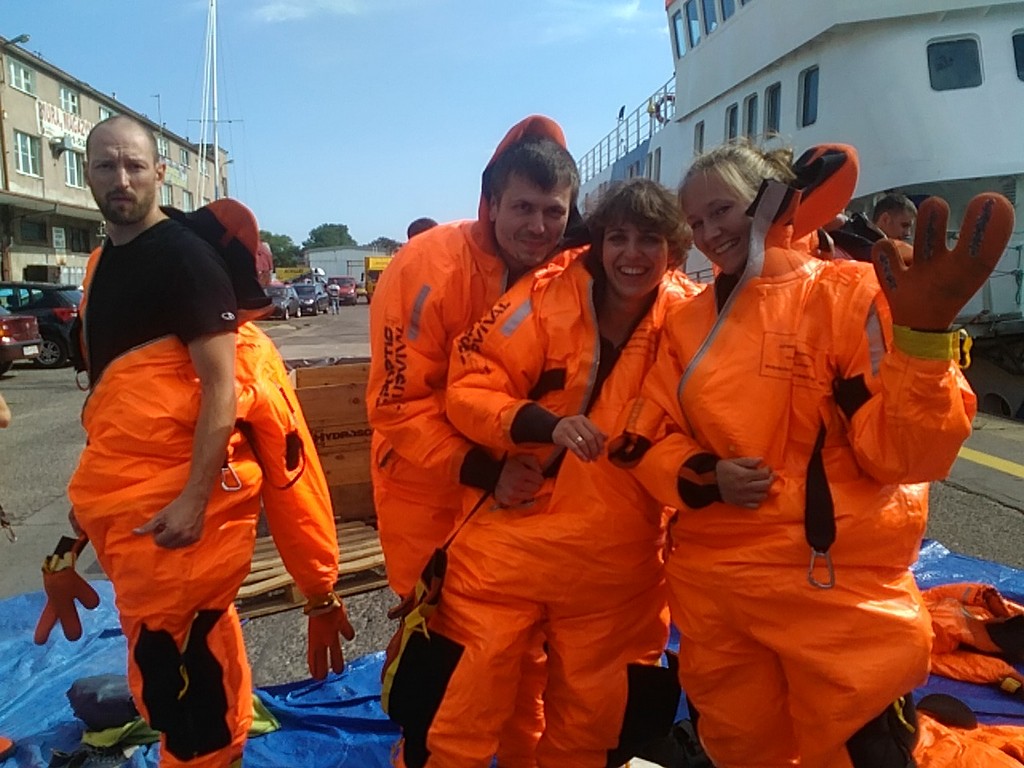 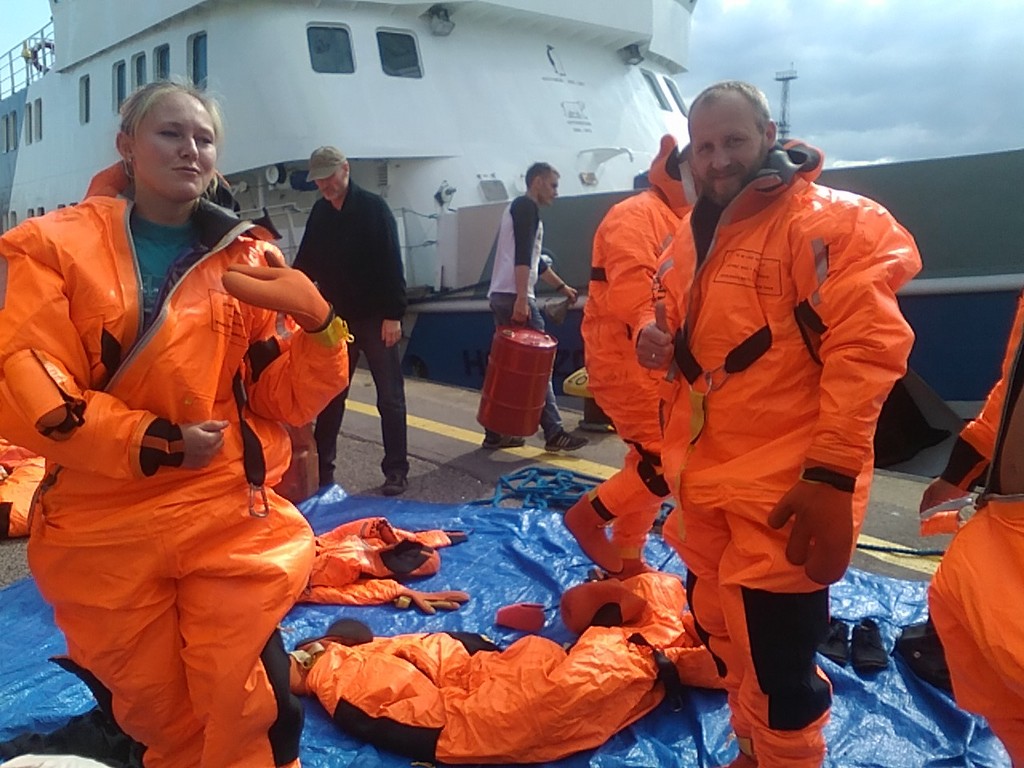 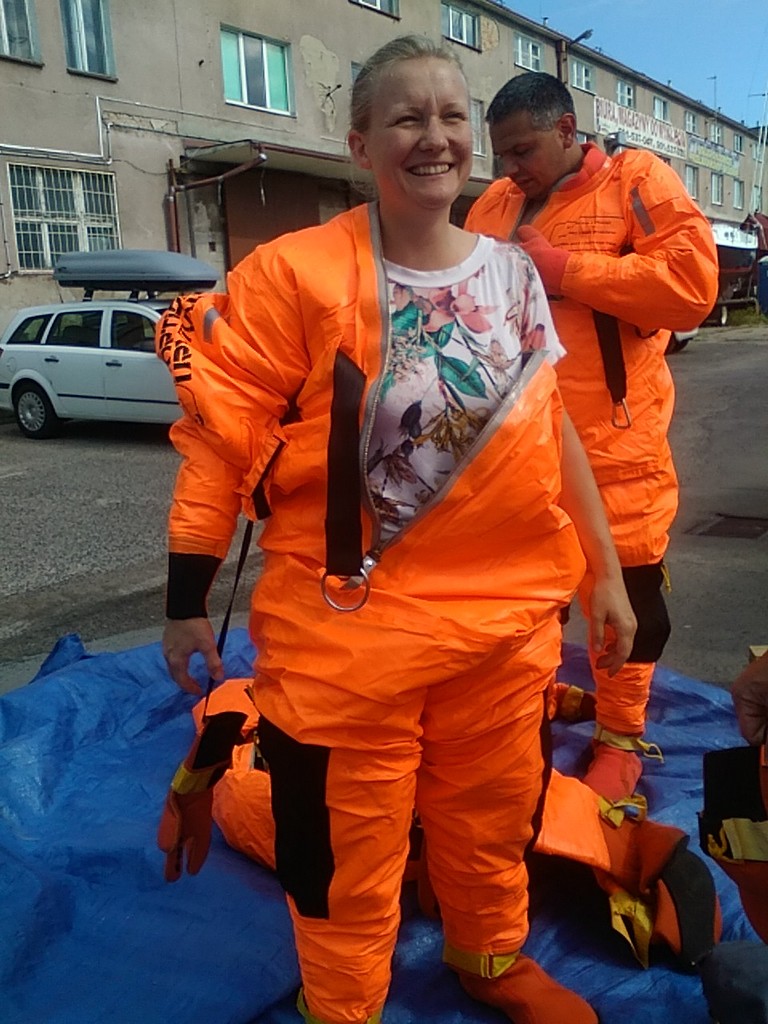 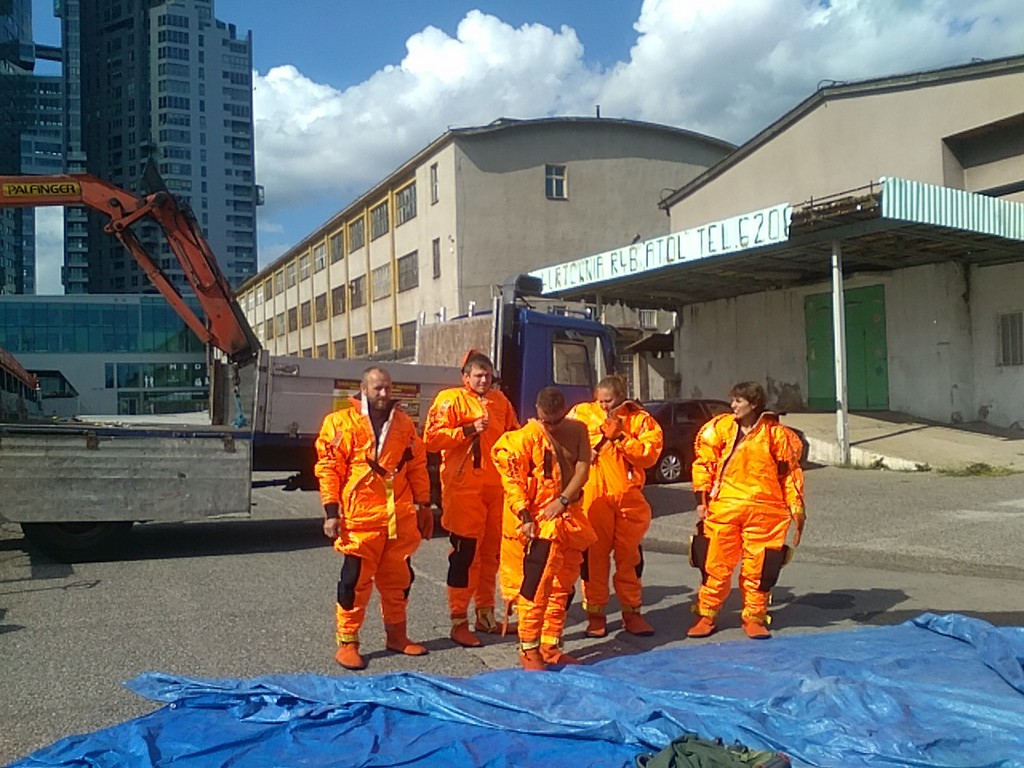 So, We have been trained. We made the course. This is step forward to our expedition. It’s time for packing now!

P.S. A huge thanks to Ania Grebieniow for the pictures at the pool and before the powerboating course.