The Ezcurra bay is my favourite place. I came there just right after the arrival, in November and it still keeps me. I just have to go there once in a while.

As you already know from the previous posts, you have to along The Ezcurra shore, and then after several kilometres on the left you pass the way to Italian valley, on the right you can admire the steep Dufayel island which sticks out of water. Some several hundreds meters away and we reach so beautiful Herve Cove, to which the ice tongue of the Dera Icefall falls down. This is one of the extensions of the Glacier’s Warszawa cover, which huddles among numerous heights and falls down different ways.

In Summer, you can’t go further than Herve Cove on feet because of the shore which is hidden under water and even the bigger flow doesn’t help. So, I have been waiting for a chance desparately monitoring icing the Bay state. 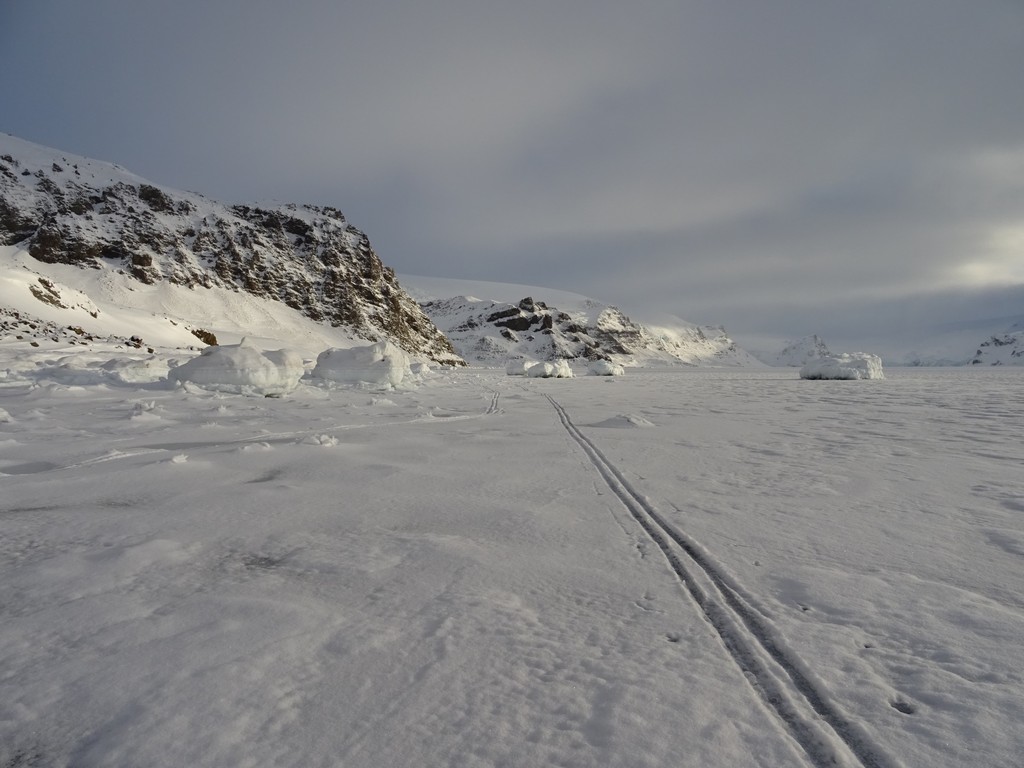 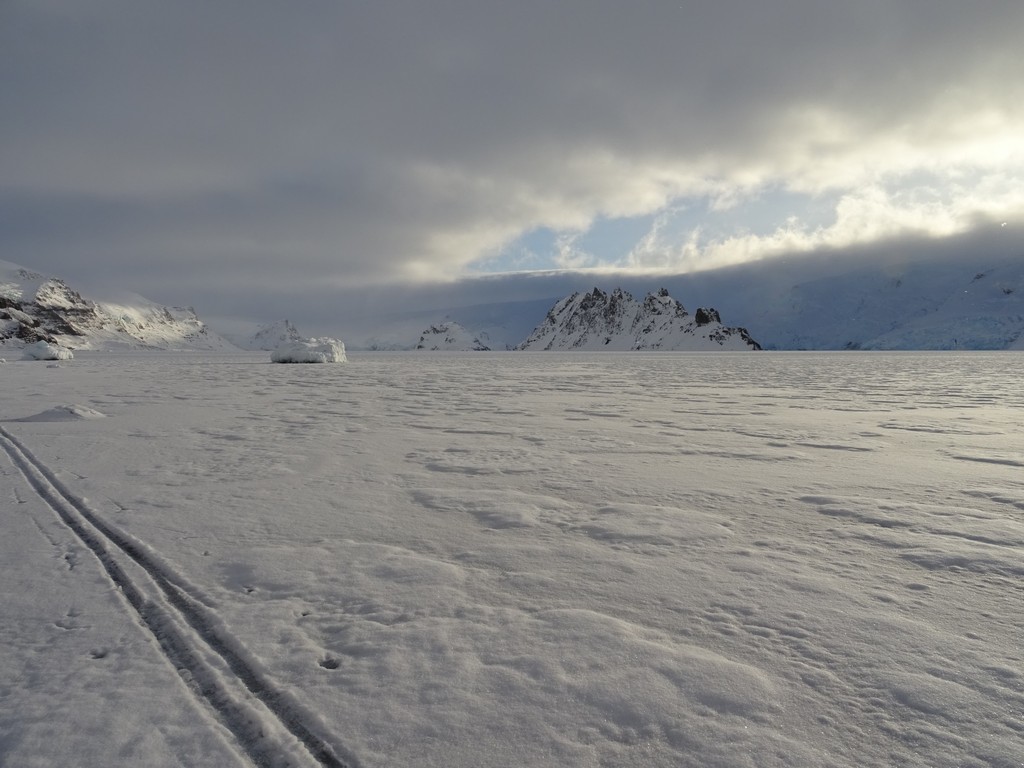 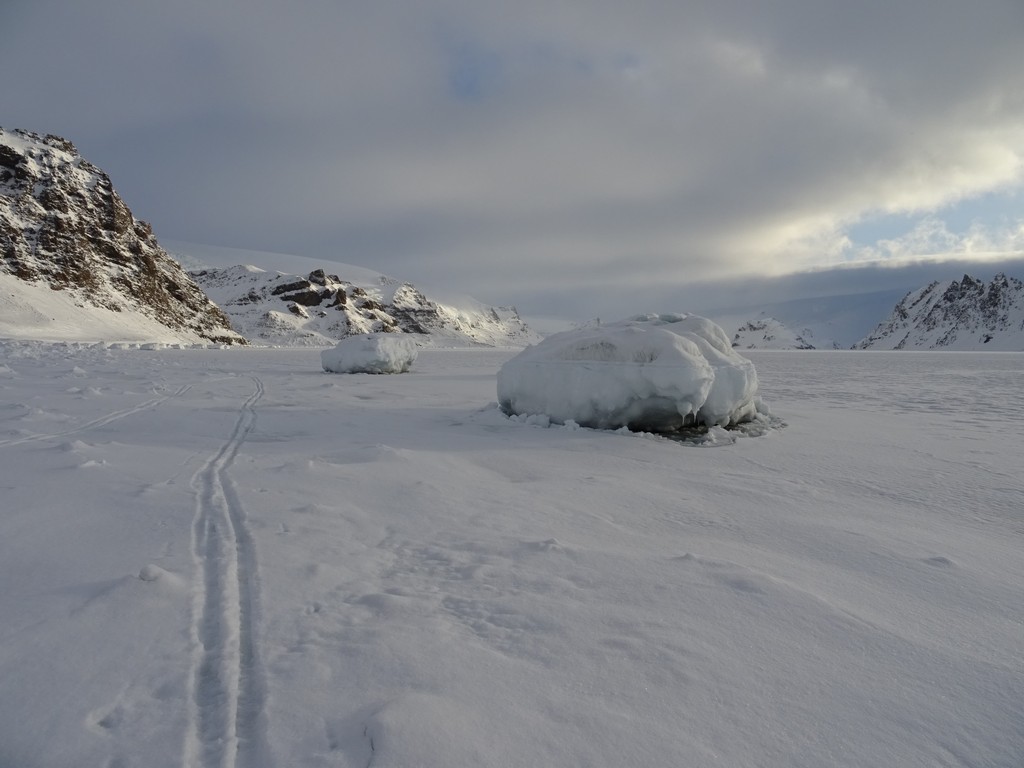 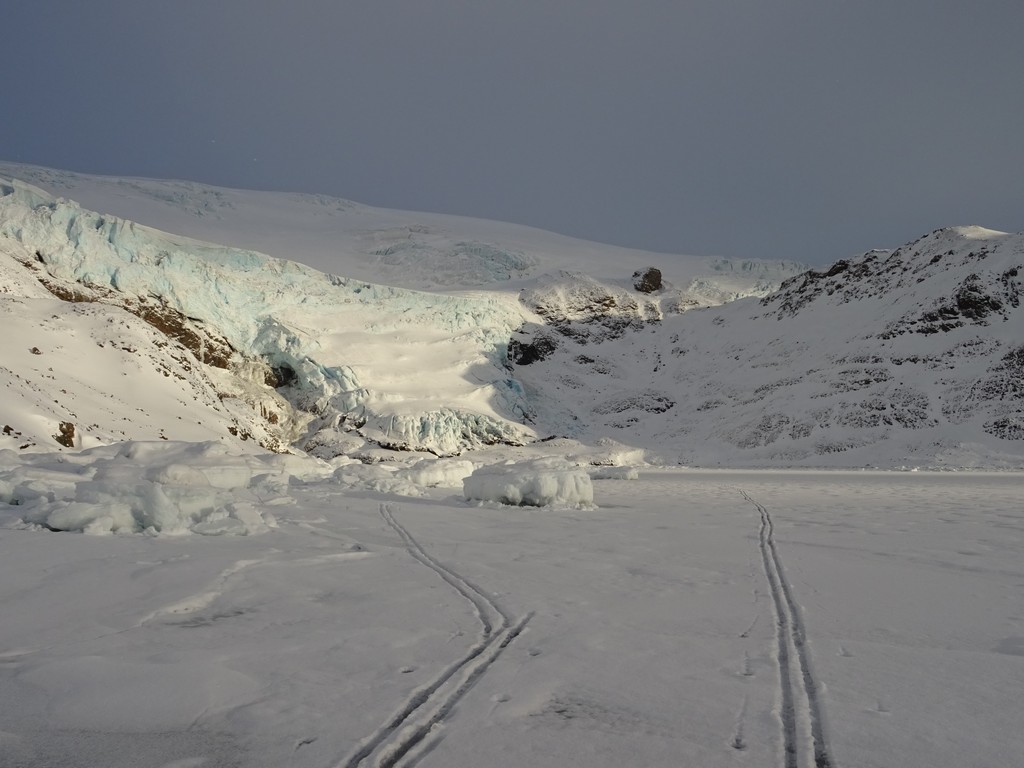 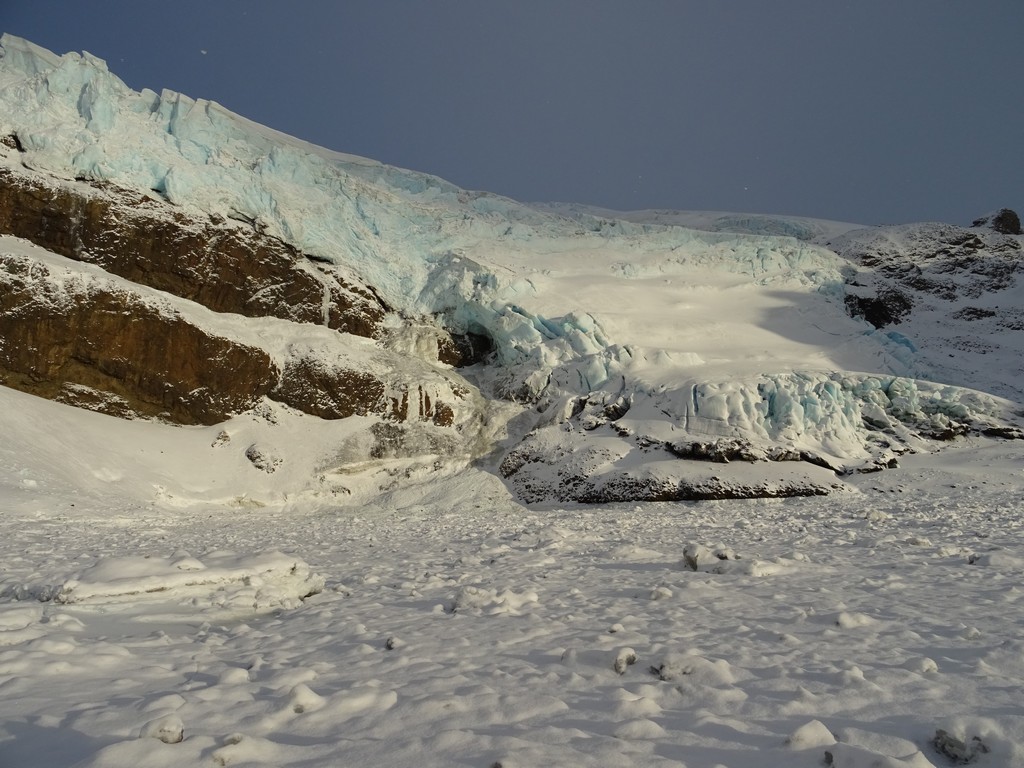 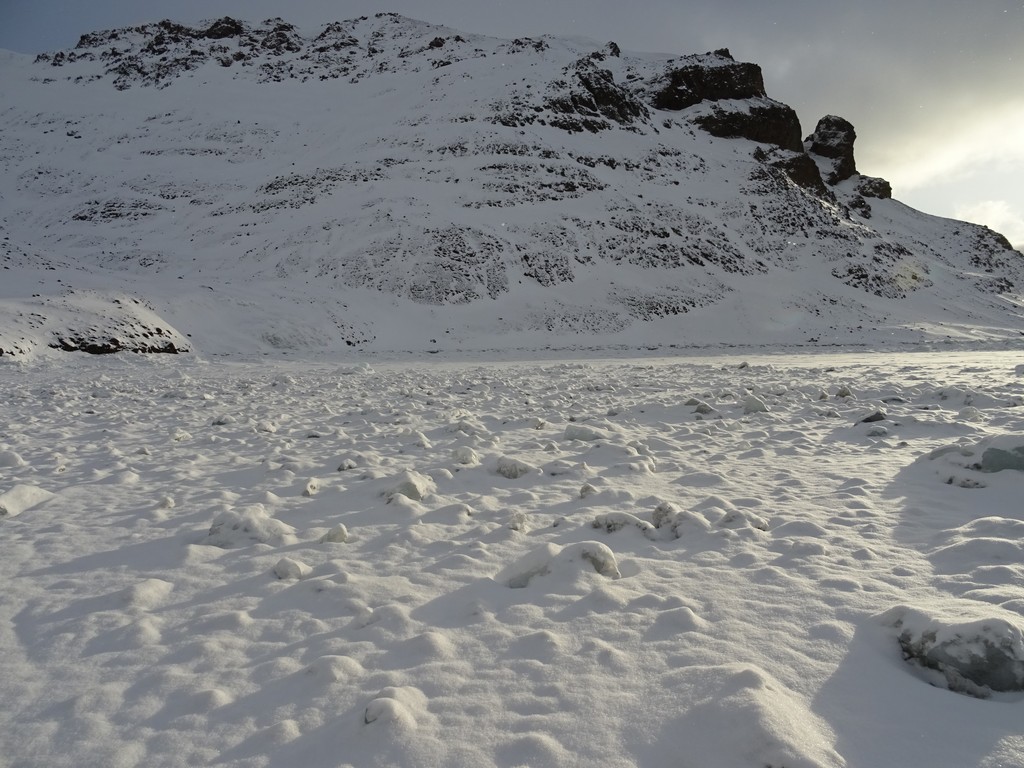 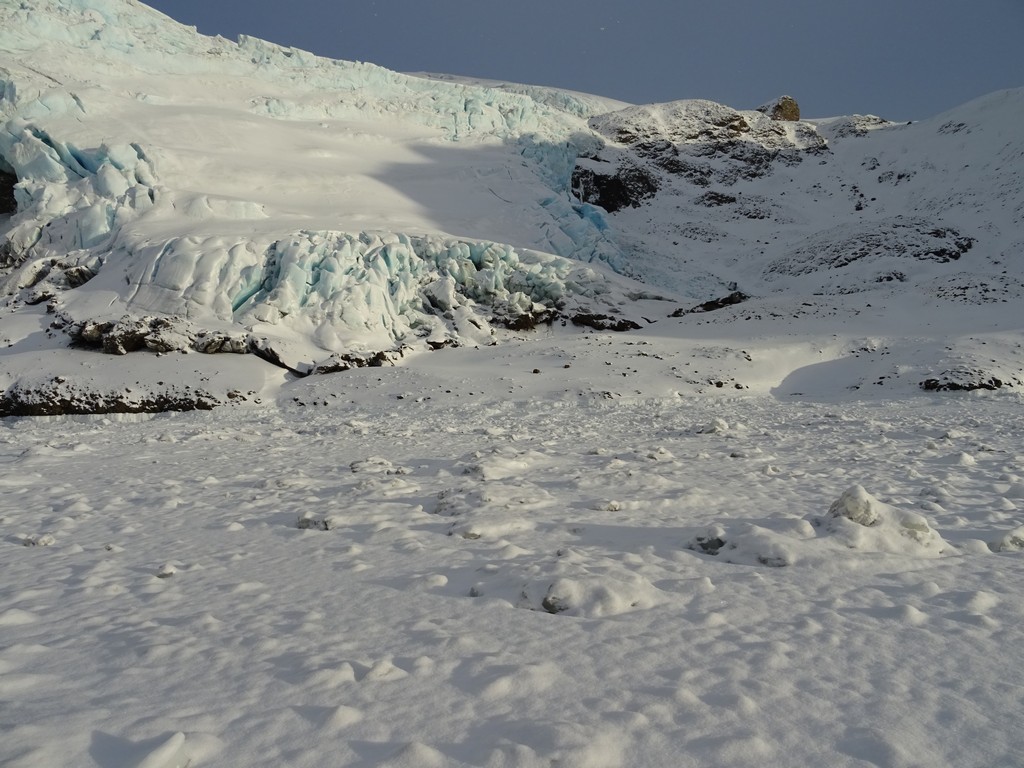 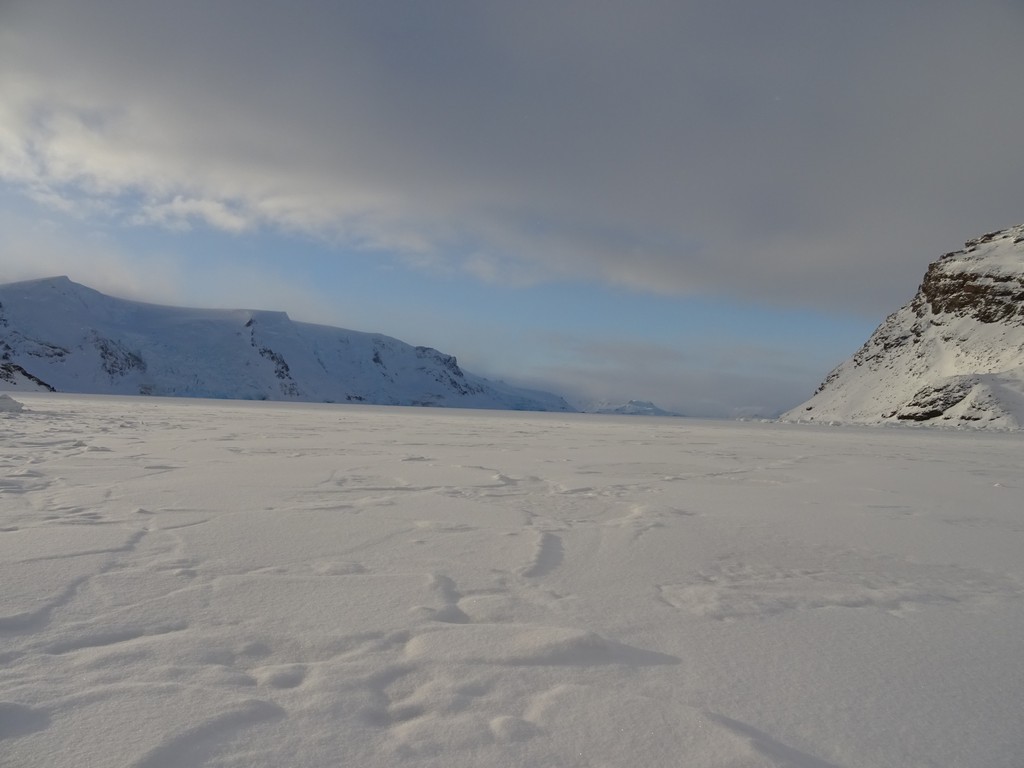 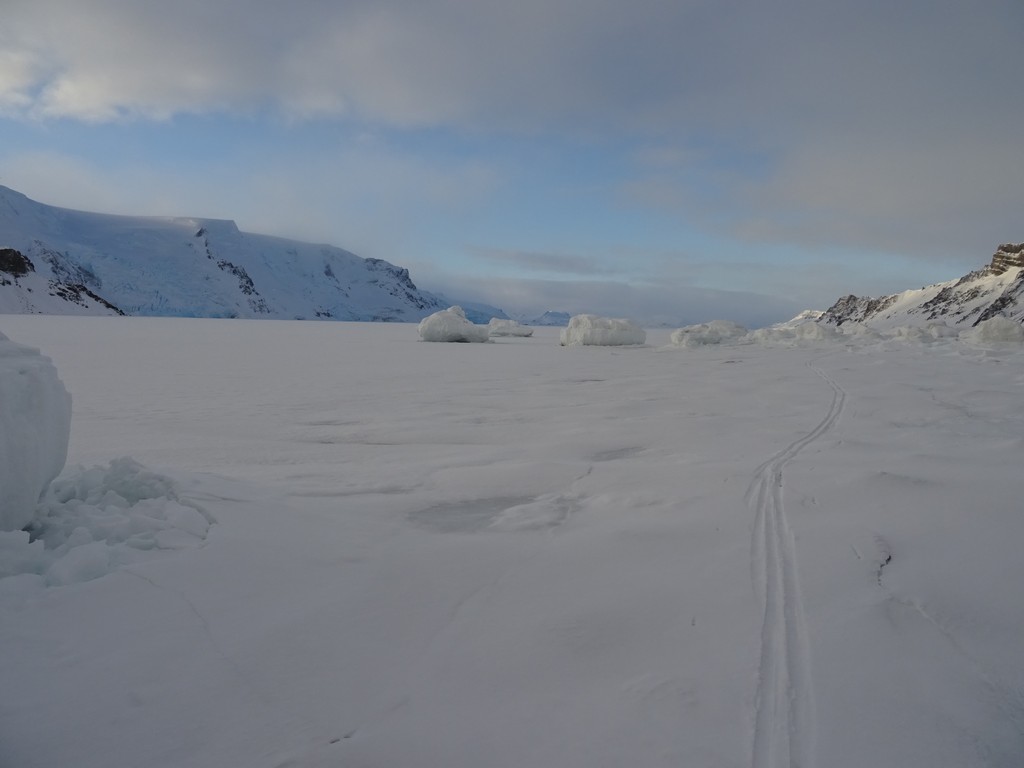 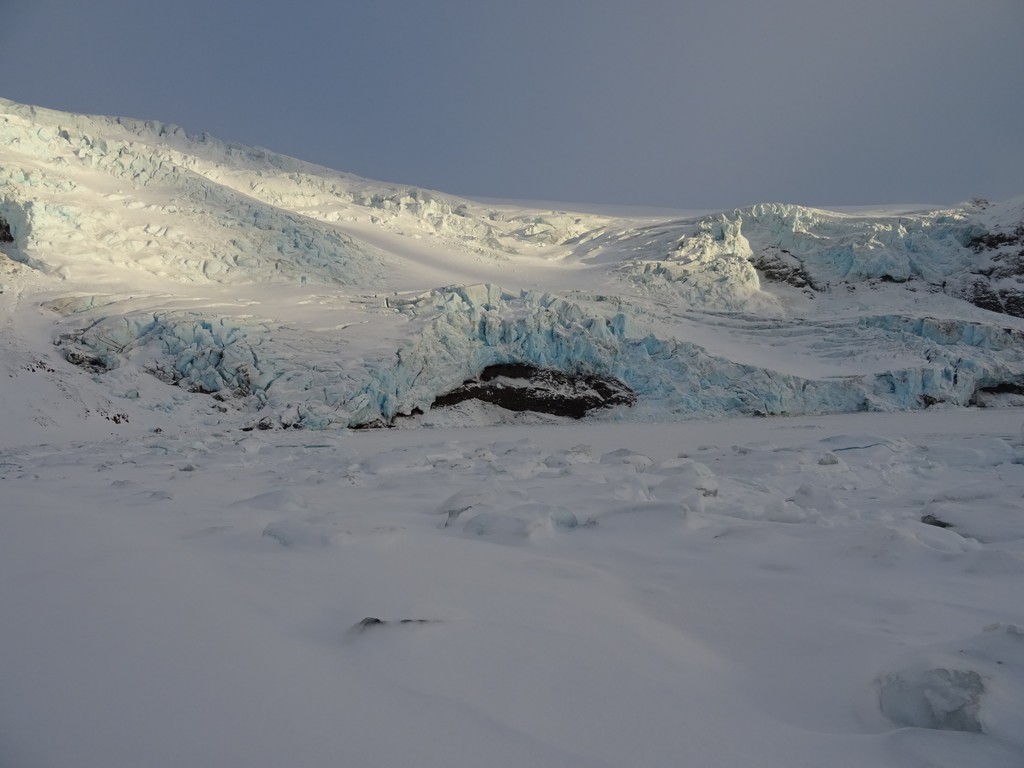 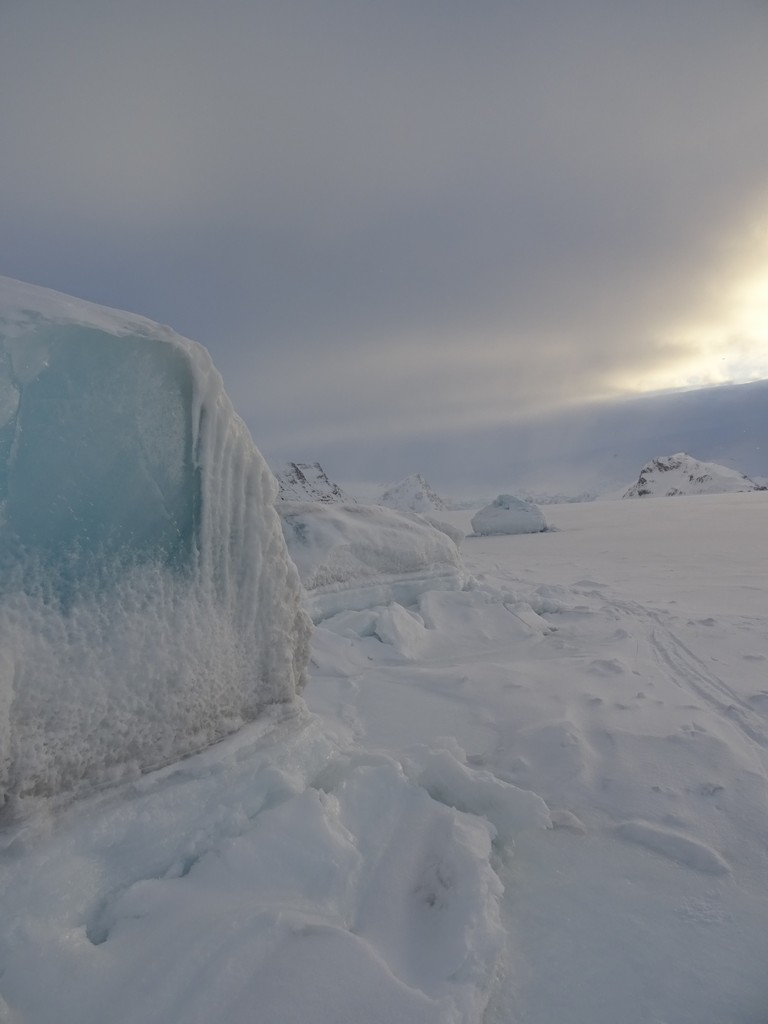 I’ve tried once to go through the Herve on top but quite big holes of icefall cut my way off and I had to go back. And then finally, there came an ice pack and the whole Ezcurra dissapeard with ice!

You could traditionally wear cross – country ski and just ski ahead – the ice was strong enough that it could without any problem support person skiing.I got to the next cove that it’s called the Monismet Cove where the twin of its follower falls to – The Rościszewskiego icefall.

The temperature has risen up today and yesterday but it’s still below 0, the Sun melted the ice so it’s better not to stand on it. So I’m waiting patiently for coolness in order to cross The Ezcurra.