Time passes slowly for us, but relentlessly – according to preliminary calculations, equally one hundred days to the end of our wintering come up on Saturday. On this occasion, we decided to celebrate a solemn “prom” (in Poland 100 days before high-school exit exam).

Preparations for this special day has started a day earlier. We created together with Sylwek a board game with questions about the history of Station and funny stories connected with our wintering. It presents in some digest the most important buildings of Station, players, who have to overcome a road from the Polar Pioneer ship and back on its board, move between them. On the way many dangerous lurk like a duty, which falls once on every 8 days (then he loses queue) and Saturday every 7 squares, which has to be celebrated a toast “Sylwowki” (drink prepared by Sylwek, who regularly, effectively destroyed a few people on every summer party). Now, in view of terminating wintering and stocks of alcohol, syrup is triturated with vodka, and not with spirit). There is possibility of moving in time and space – eg. for entry on the Mszarnik (green, protected area near the station), the player with punishment, has to go back to the Samolot on a carpet to the manager room, and if he hits on the square with a surprise, he moved to the one of four worlds – at Demay (Land of Mushrooms), Lions Rump (LR OK), Ferrazjania (Ferraz Station) and Anus Mundi, there isn’t return from and you are out of the game.

Except that, Sylwek created face swap with an alien and involved pigs, which probably forever will be a symbol of our expedition. 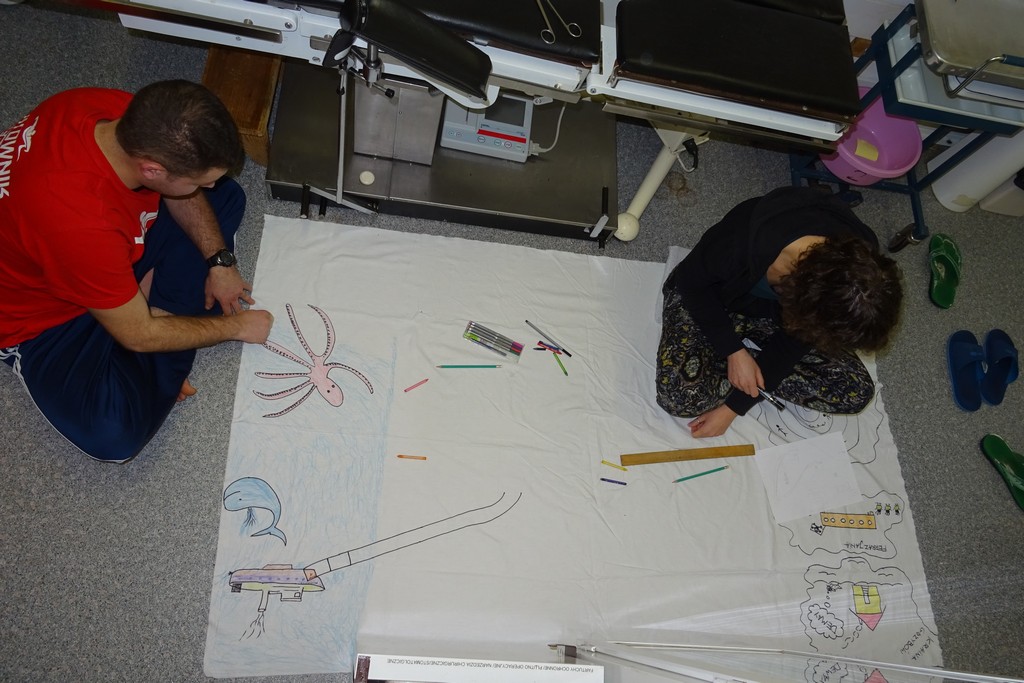 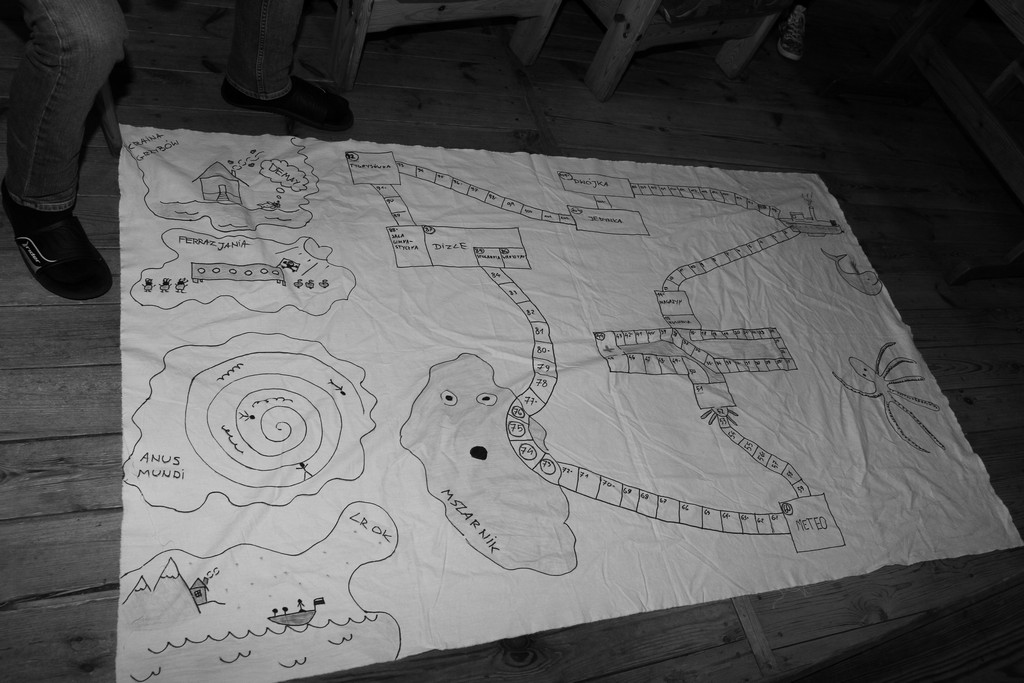 We also prepared special invitations to motivate company to dress up more elegant, what in the most part succeeded. 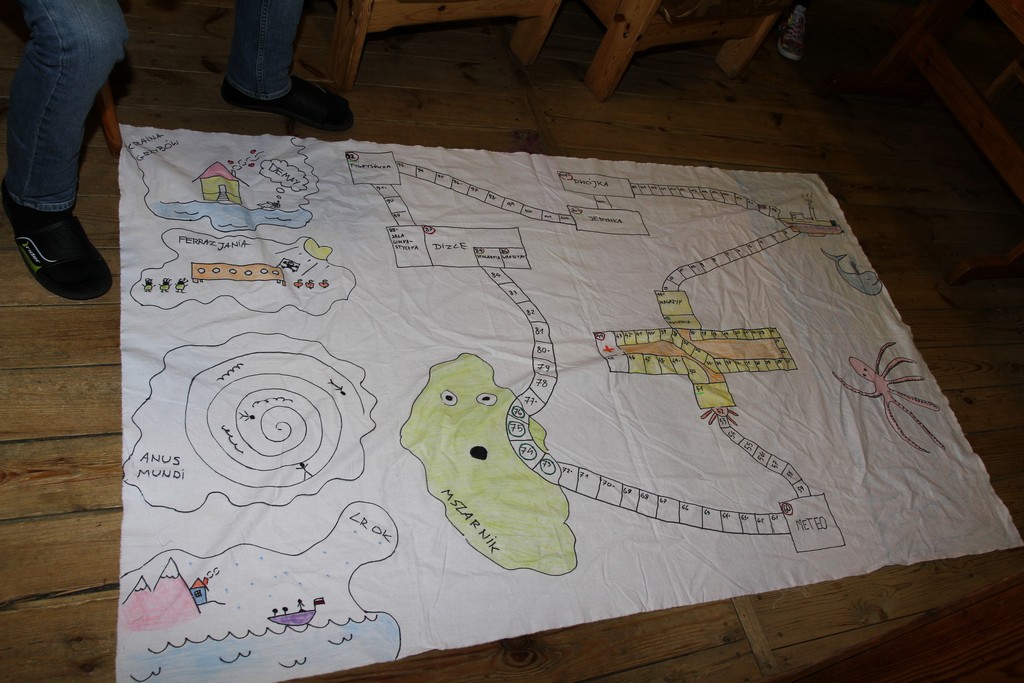 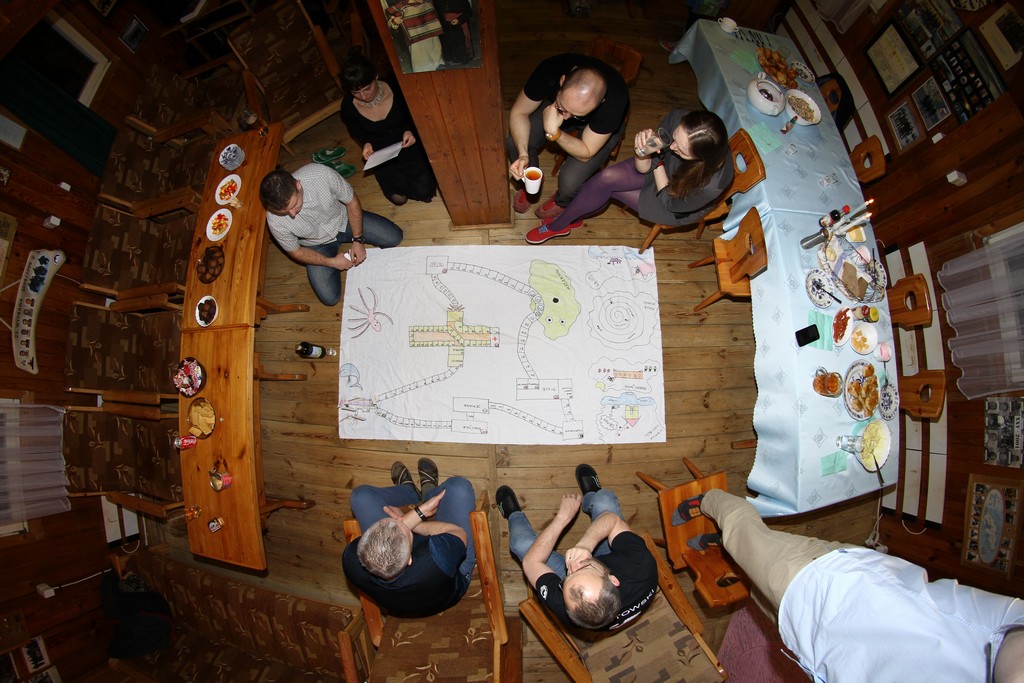 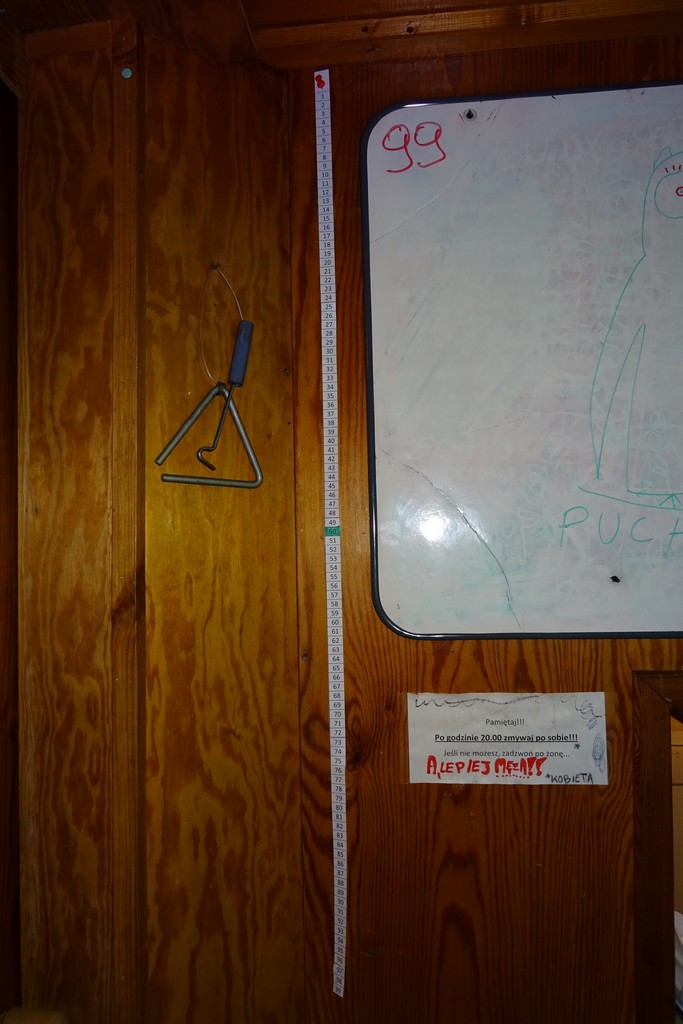 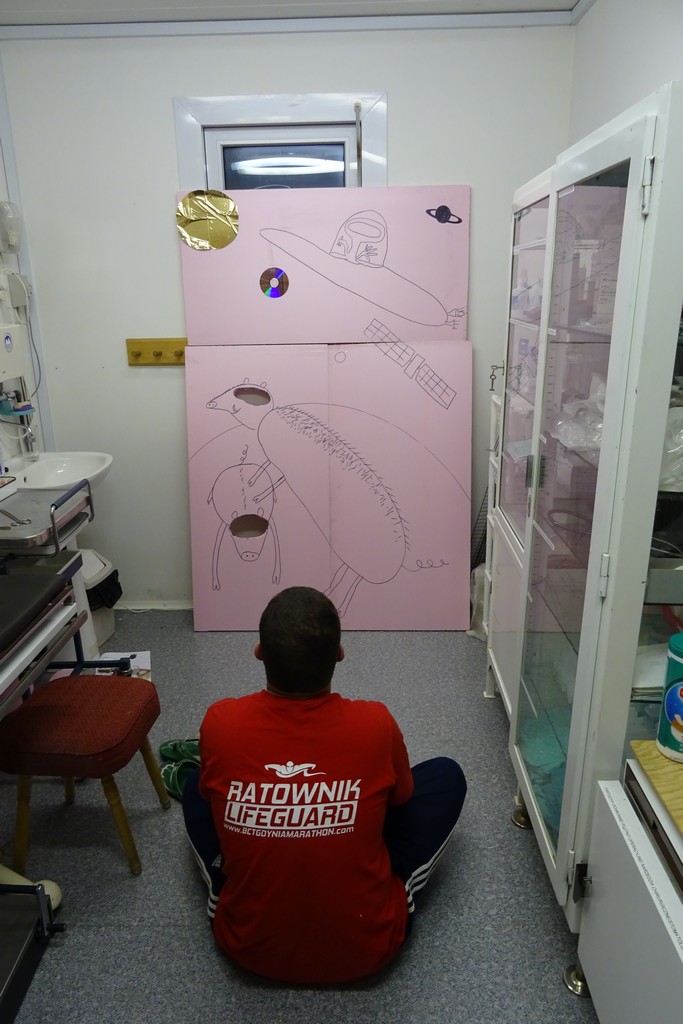 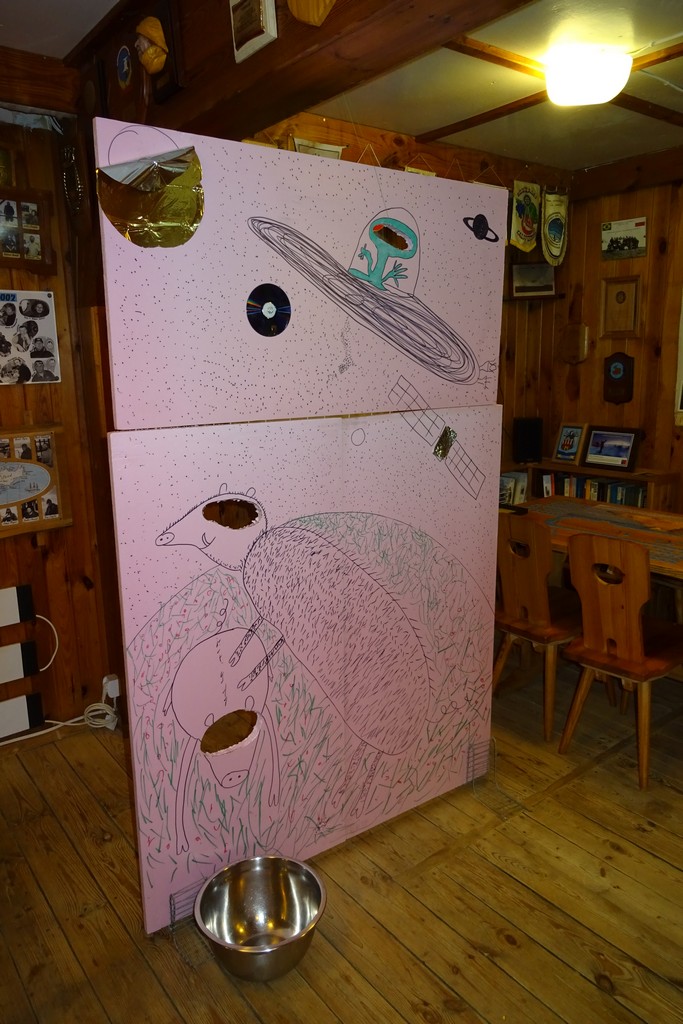 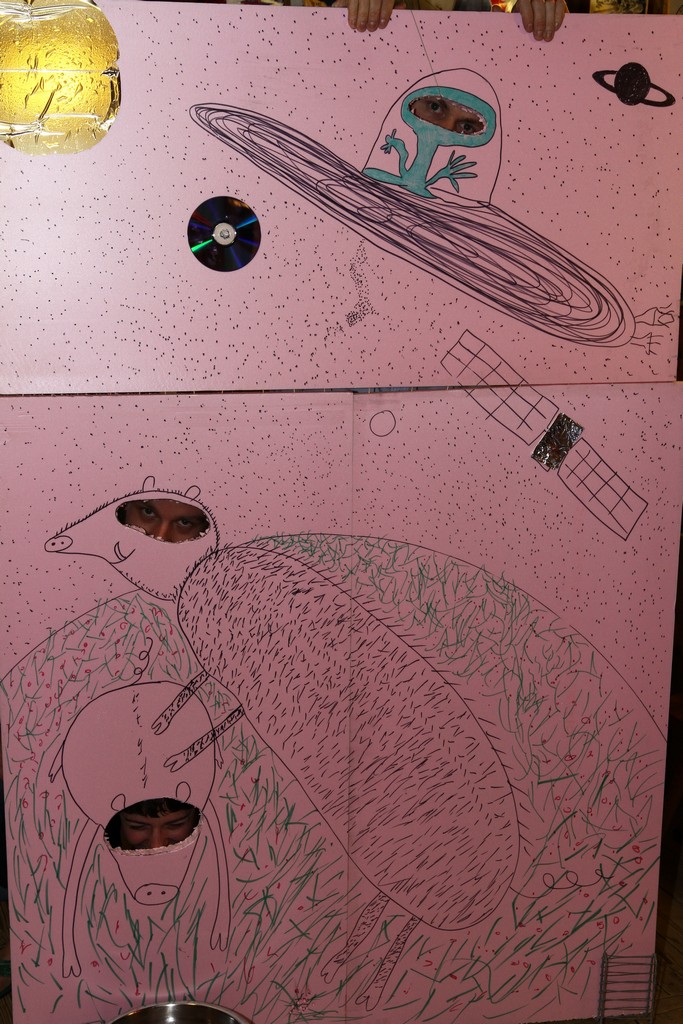 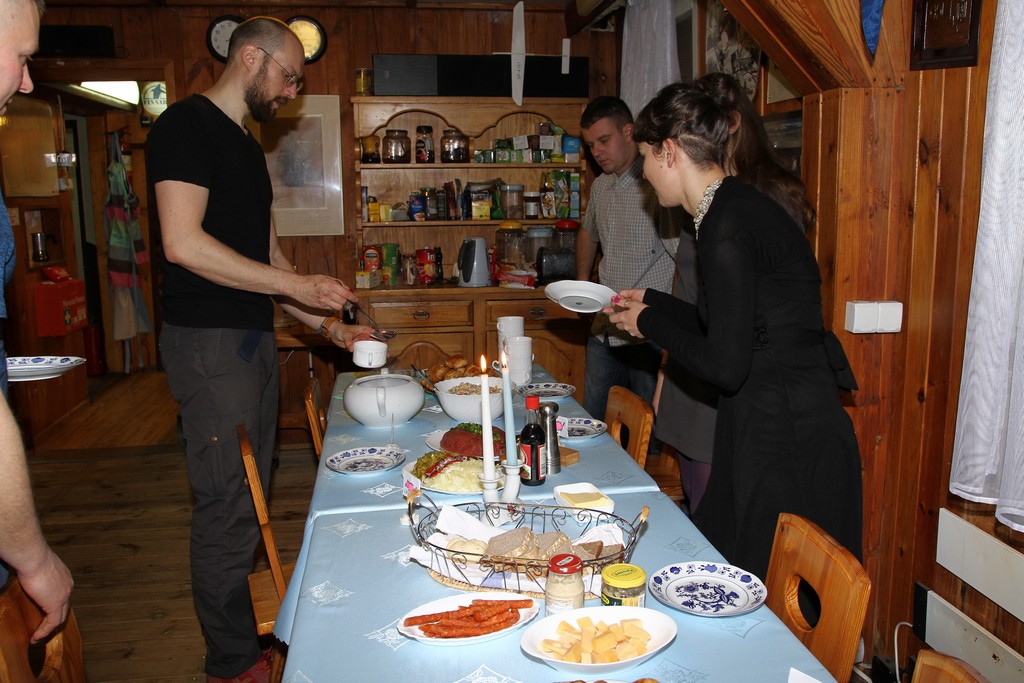 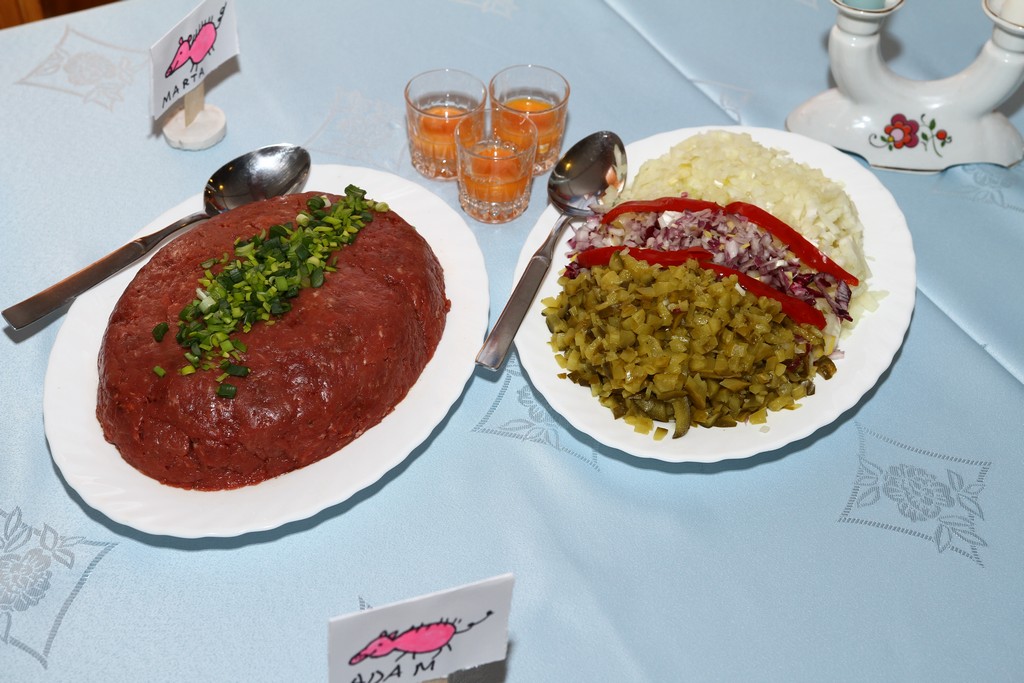 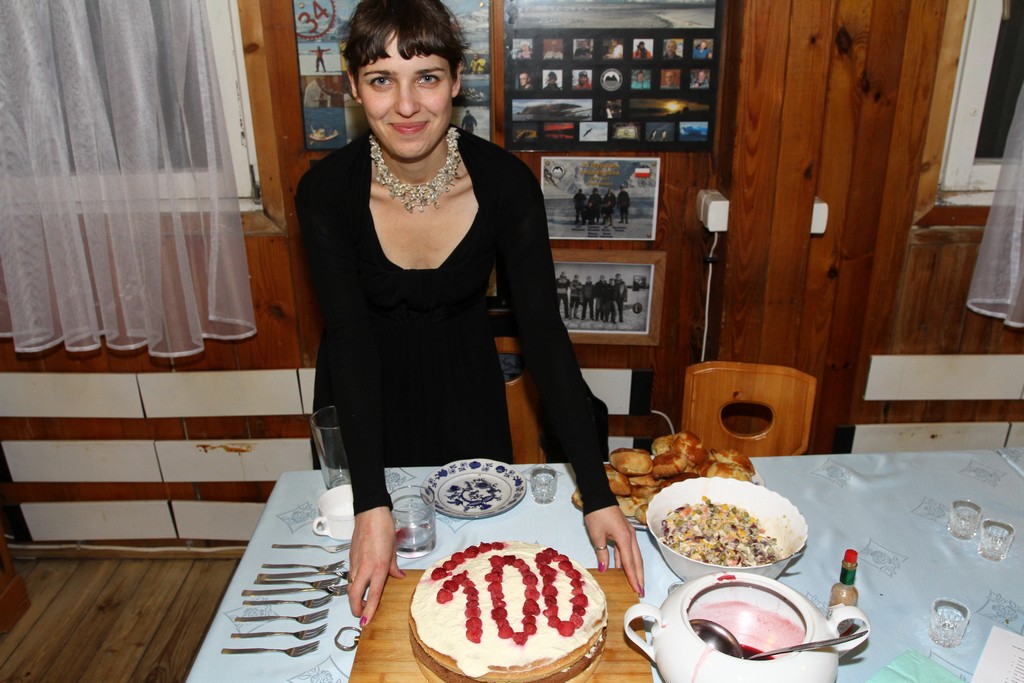 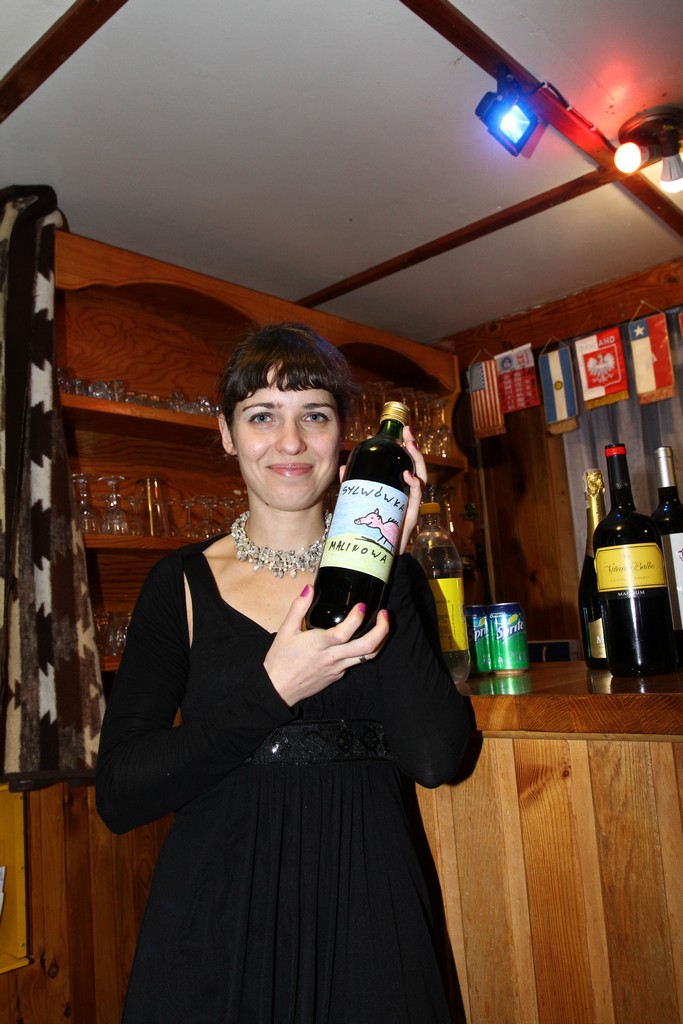 On Saturday, it couldn’t lack various delicacies, so Piotrek made tartare, the most part of the male group wanted to carry him on hands because of this, and I baked a cake with raspberries, which somehow remains in the cold (but somehow, they didn’t want to carry me, because the cake was for final, when all of us were already full).

The game attracted a lot of commitment. Me and Sylwek didn’t take part in it, because we had planned questions, but with all we had got blast, when playing ones have to pretend a krill or do somersaults within the space tricks. At the end, there was an occasion to take photos with a pink wall from material similar to polystyrene, what required some skill.

The next day, according to the local tradition, Damian wrote a new number of days, which have left to the end of wintering, on the board in the kitchen and cut out a next grid on the paper strip on the wall. 100 days is supposedly not so much, but in commutation on to the months, it looks more serious. We hope not to catch the syndrome of the third quarter of this joy, that not so many days left to the end.