It’s time to face the fur seals. We were helping Marta in monitoring of Antarctic pinnipeds last time. We’ve had from The Ecology Glacier to Baranowski Glacier district.

The very first fur seals begin to appear around Station in January, but many of these mammals visit our coast in February and March. You can observe them enjoying themselves or sleeping in so called “mszarnik”. Mszarnik is a large patch of land covered with moss (which is under the protection and you mustn’t walk on it) its limits starts with “Airplane”.

When there are new guests, old frequent visitors leave the island – a colony of Adelie penguins is now empty, and you can just see the last species which prepare for winter time. But you can still meet the young ones with their parents at the Copacabana station (white brow penguins) and at The Patelnia Point (a colony of chinstrap penguins). They are growing so fast, slowly losing their baby hair and in a short period of time the loud penguins colony are going to be empty.

Well, we’ve heard the stories about the aggressive fur seals, so we decided to take the example of our observers and we took the trekking sticks and a large supply of confidence – in the end, we are not going to be chased easily! There were also some binoculars, notebooks and camera in order to count all the that we’ll meet (except for fur seals you can find sea elephants, Weddell seals and the occasional leopard seals. More about monitoring we mentioned here.)

Of course, the road awaited us crossing canoe at the Ecology Glacier (Adam helped us one way, the other – we just held the old and heavy equipment alone, which indicated that either while we are here we became a little muscular, or we had some more determination. Or the first one, and second), and then straight into the Baranowski Glacier. 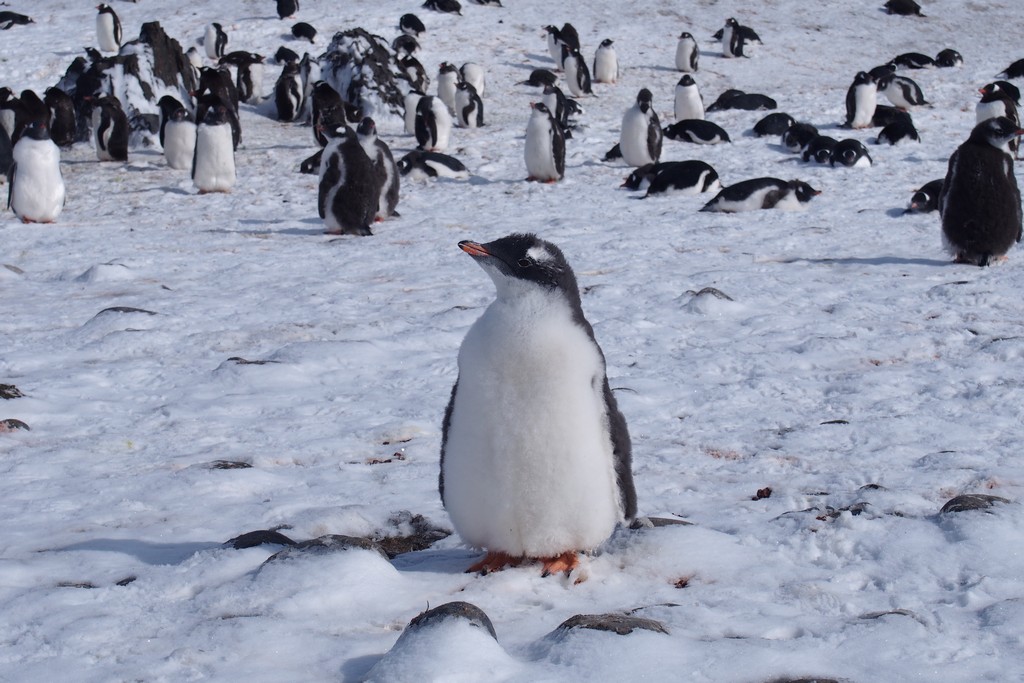 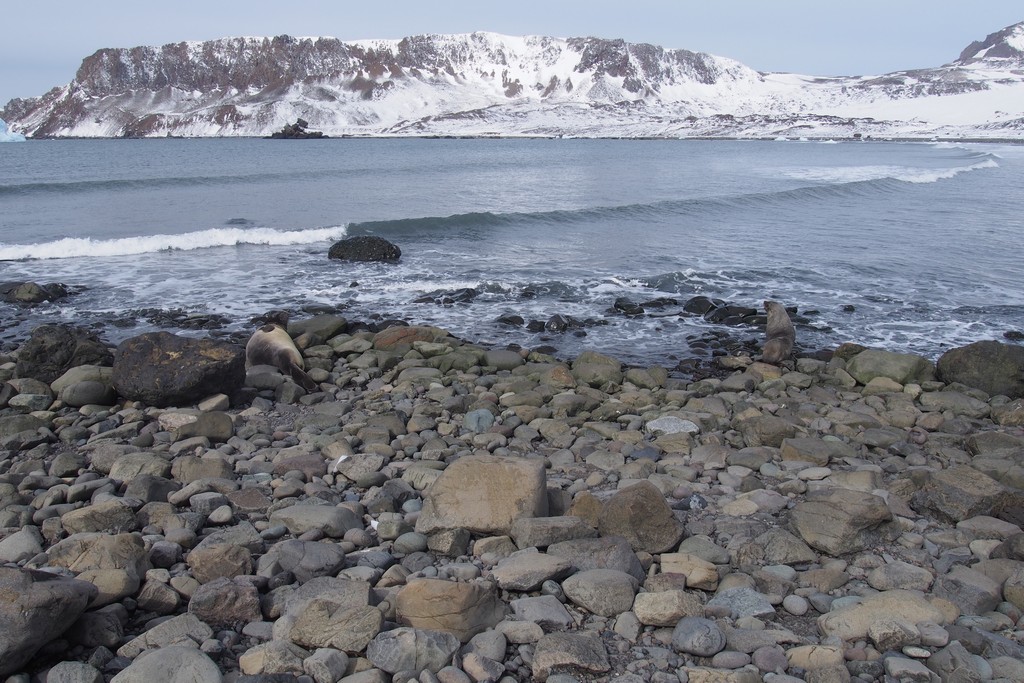 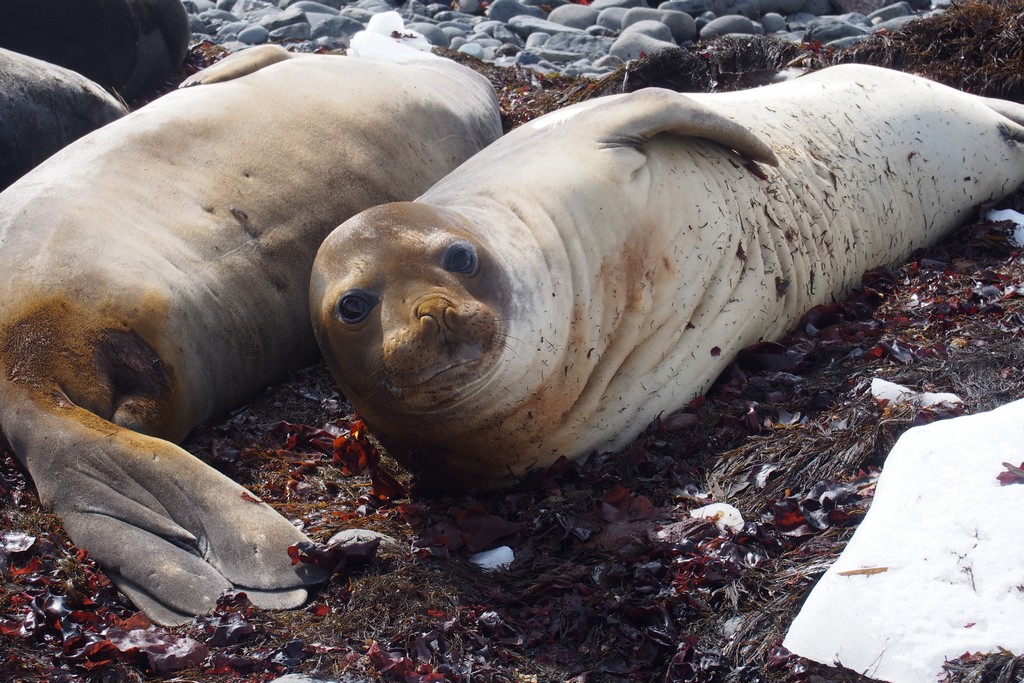 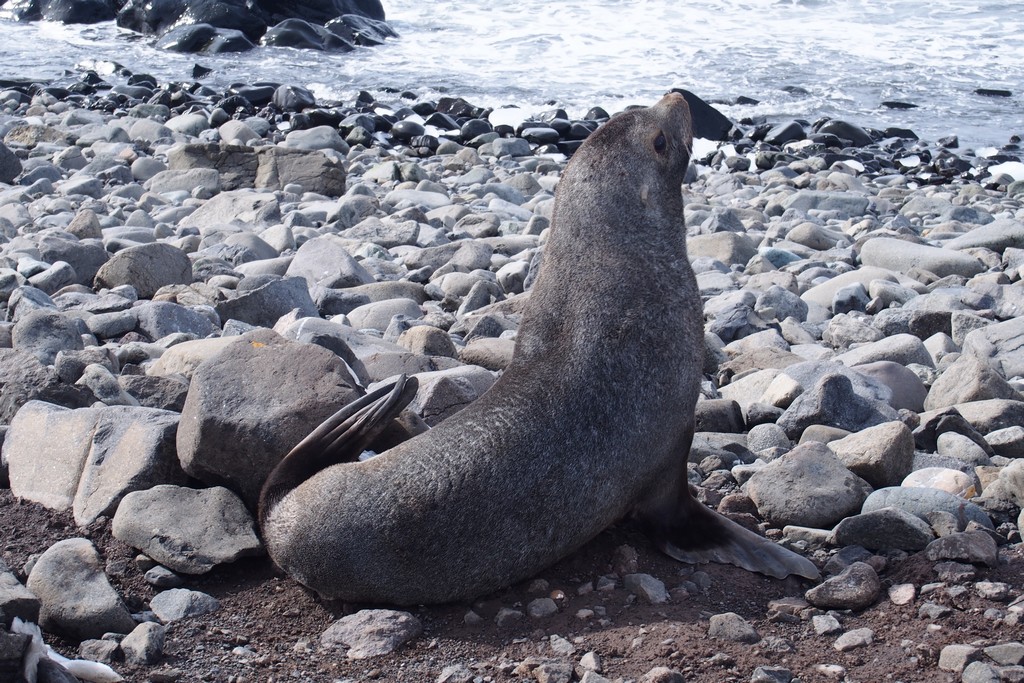 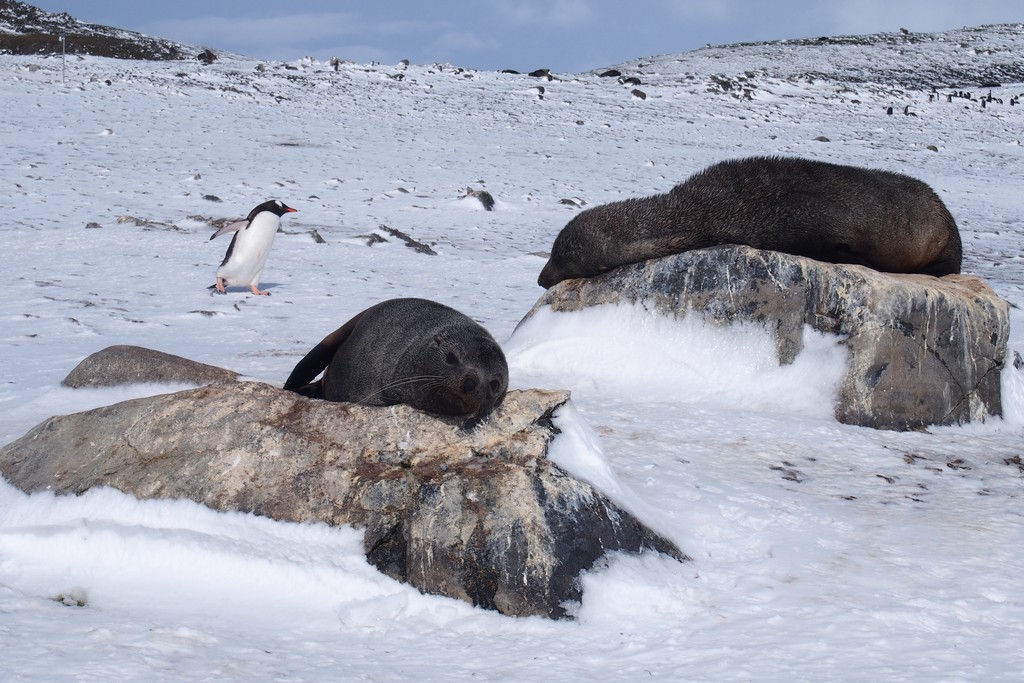 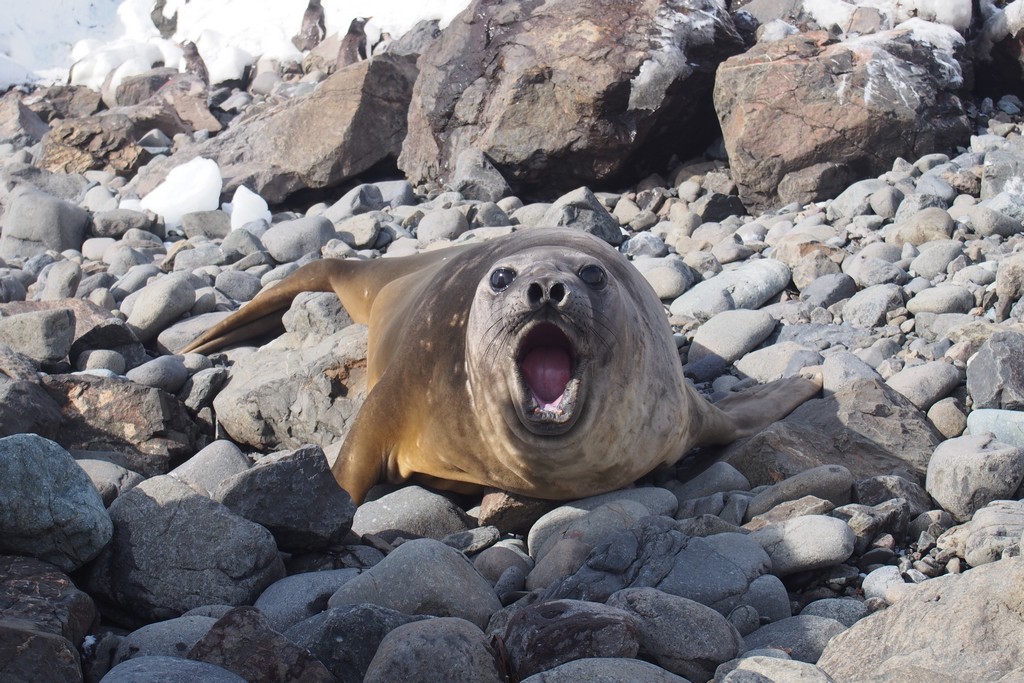 The farther you go along the shore, the more sea lions you can see – in the Copacabana station district they can be found on the penguins area, as they lay quietly surrounded by screaming white brow penguins. However, most of these animals can be found on the Patelnia Point, where Marta was working that day. Sticks and confidence have been successful (we even tried to speak to the fur seals) – it ended up snarl and bare their teeth but none dared to follow us. We tried to avoid them (and by the way count), and they came down out of the way politely for us. I have to admit when they sleep it looks like they hug one another but just the slightest suspicious murmur is enough to make them awake. And they snarl in order to scare. But when they fear, they whine like dogs.

Apart from the fur seals, we met some elephant seals. It’s amazing how these animals are able to merge with the surroundings. It often happened that at the last minute we just jumped out of sleeping sea lions or hissing elephant seal, which we noticed in the last minute, although it seemed to us that we observe the surroundings accurately. But I was really shouted by a young white brow penguin, which I had almost trampled trying to get around a group of fur seals.

At The Baranowski Glacier we got literally nystagmus – on brown moraines there were lying herds of brown fur seals. Counting them was quite an art, because all as command began to move in different directions.

After finishing work, on the way back we could enjoy the views and catch the passing sea lions. Observers from the Lions Rump told us that these animals learn quickly and you can try to play with them. Quite tempting, especially because there are still many monitorings ahead.

2 thoughts on “The footsteps of fur seals”