You often ask us about what we do in free time. We walk on trips, and the area is beautiful, it is going only about a good weather.  See, where we can be met most often.

As you have probably known already, our closest area isn’t too extensive. From third sides, we are surrounded by water (Ezcurra Bay and Admiralty Bay), and from one side by a glacier (the closest one is the Glacier Ecology). Of course, it doesn’t mean, that we don’t go anywhere further, but it is connected with some difficulties and proper preparation. Meanwhile, who will want to go for short, 2 hours trip, has a few options to disposition.

The nearest to station is Puchalski Hill, where there is the tomb of famous naturalist – Włodzimierz Puchalski, there is scientific equipment of Chilean scientists, who visit the station in the Summer time (Piotrek have had three approaches there to copy recorded files lately and finally he managed to connect with recorder).

Point Thomas is the one of the peaks of Panorama Ridge. It is possible to go through by ridge until Dutkiewicz Cliff and by the way admire beautiful Ezcurra Bay with the Dufayel island (our theory says, that it is a fossilized dragon, which is lost in deep sleep, and will wake up someday. But for now, its back only pokes above the water).

Between of the Kasprowy peak and Dutkiewicz peak, there is a descension to Italian Valley. When we went down, we are above Ezcurra. We can come back along the coast to the station or go to  more beautiful Herve Cove and admire the Dery Icefall. Unfortunately, the trip ends on it, because the icefall cuts off the rest of road. Maybe during the Winter, when the gluey will appear, it will be possible to go further through there.

The road along Ezcurra is addicted in the summer time from flows. The walking is the most comfortable in the time of drain, but it is possible on flow too, but with some little attractions, because we will have to climb rocks. During winter, when the ice will appears by the shore, then this problem shouldn’t be.

Characteristic point of area is a peak Chump Tchaikowsky (I haven’t heard another term here), which looks like from all of sides a little bit different and reminds something different (the name didn’t take from nowhere). During summer couple of people, who are training the climbing, tried themselves on it.

Part of photos were going to do it during one of few days, when the fog showed up. There is a quite rare phenomenon, because it is usually windy here, that there are not so many occasions to properly hang above the ground. But in Spitsbergen we had such fogs, which you can cut with the knife and get lost at station buildings. 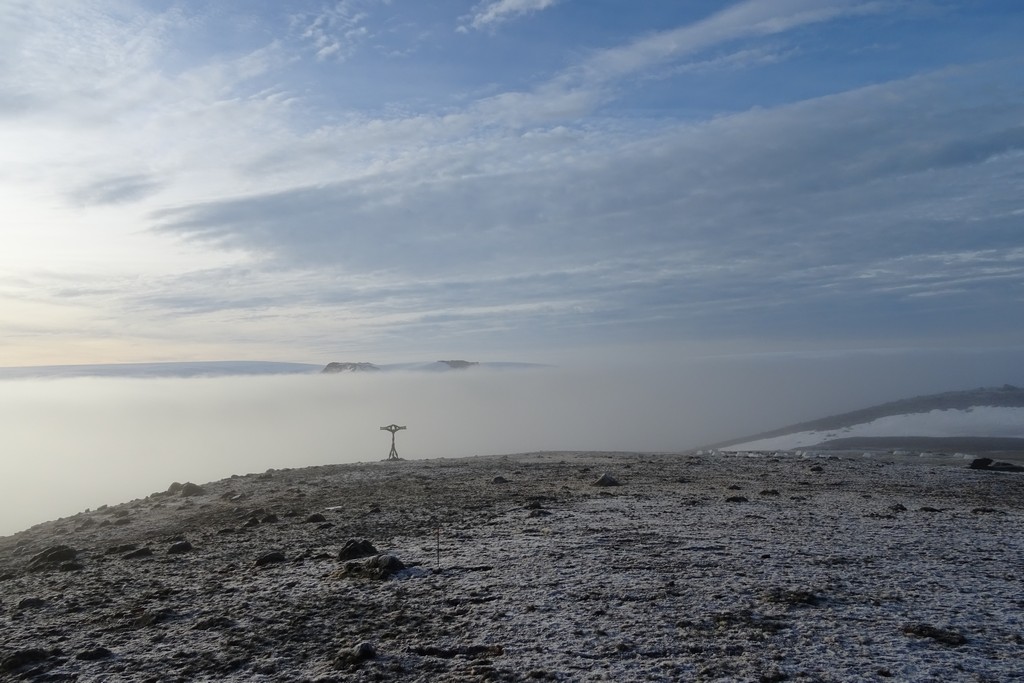 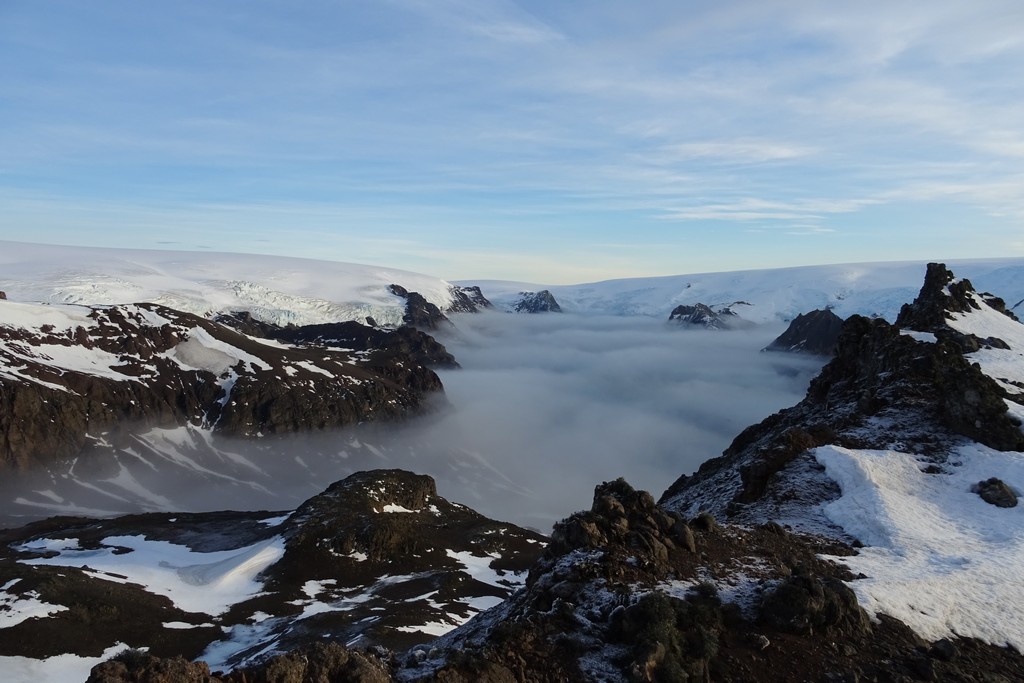 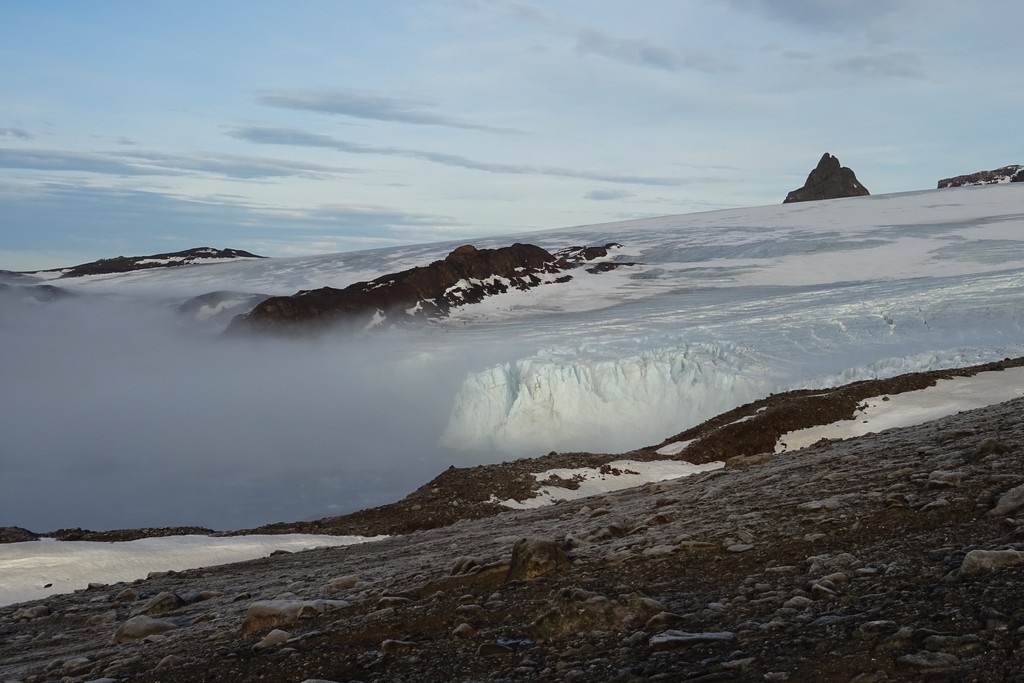 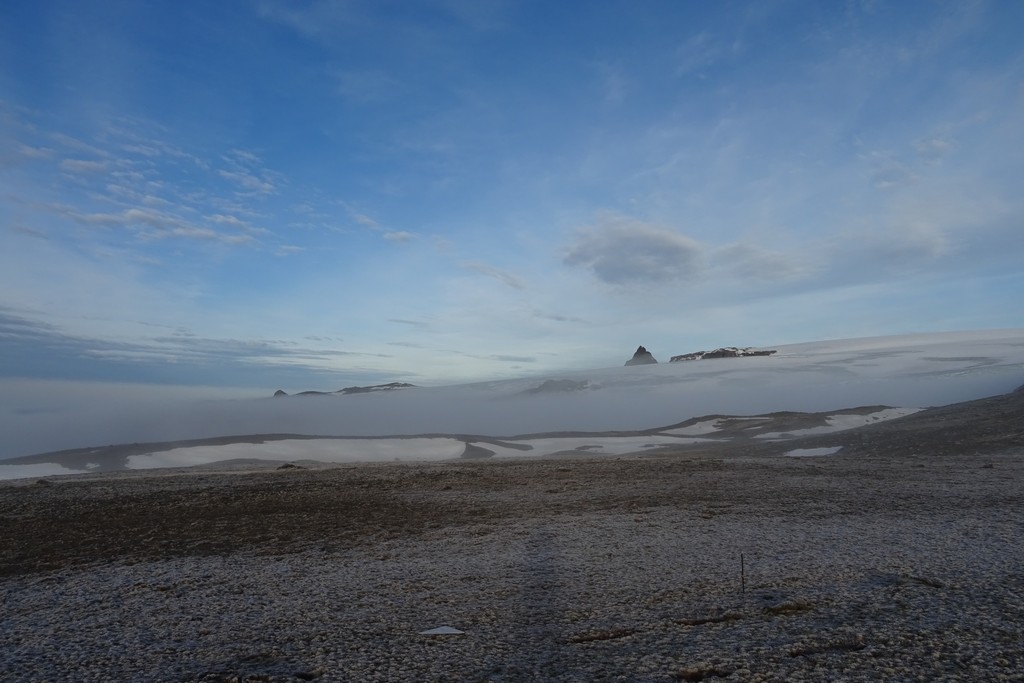 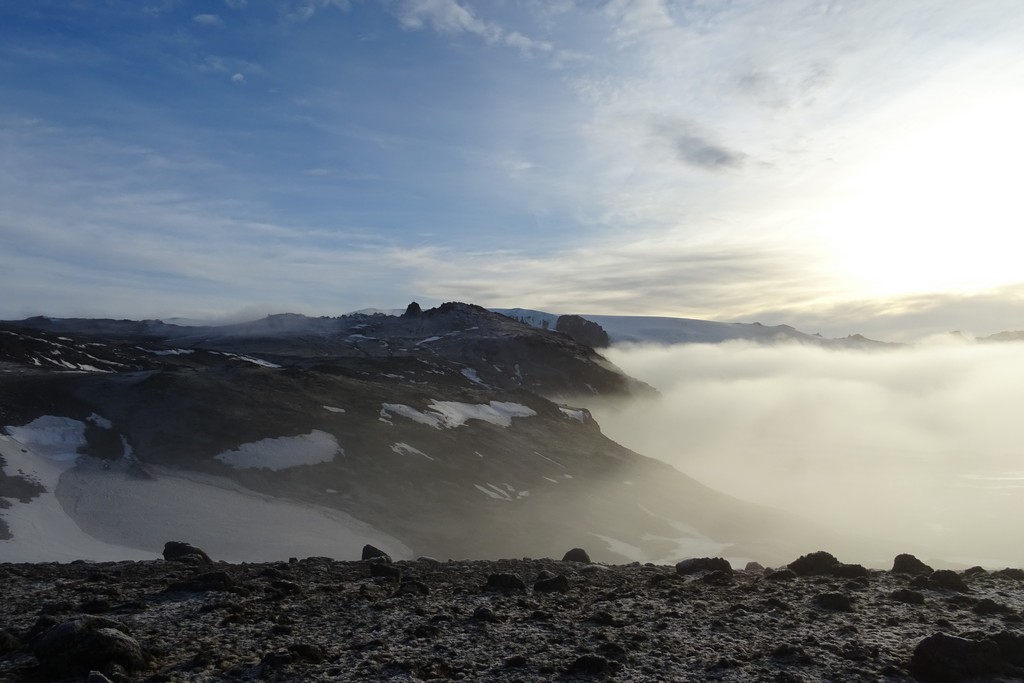 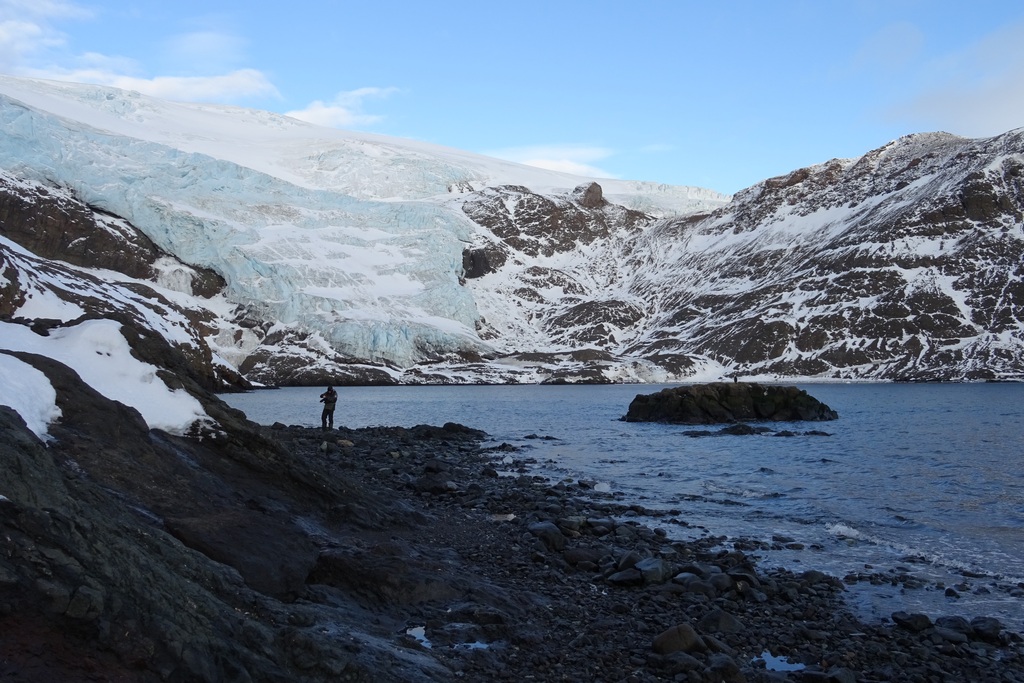 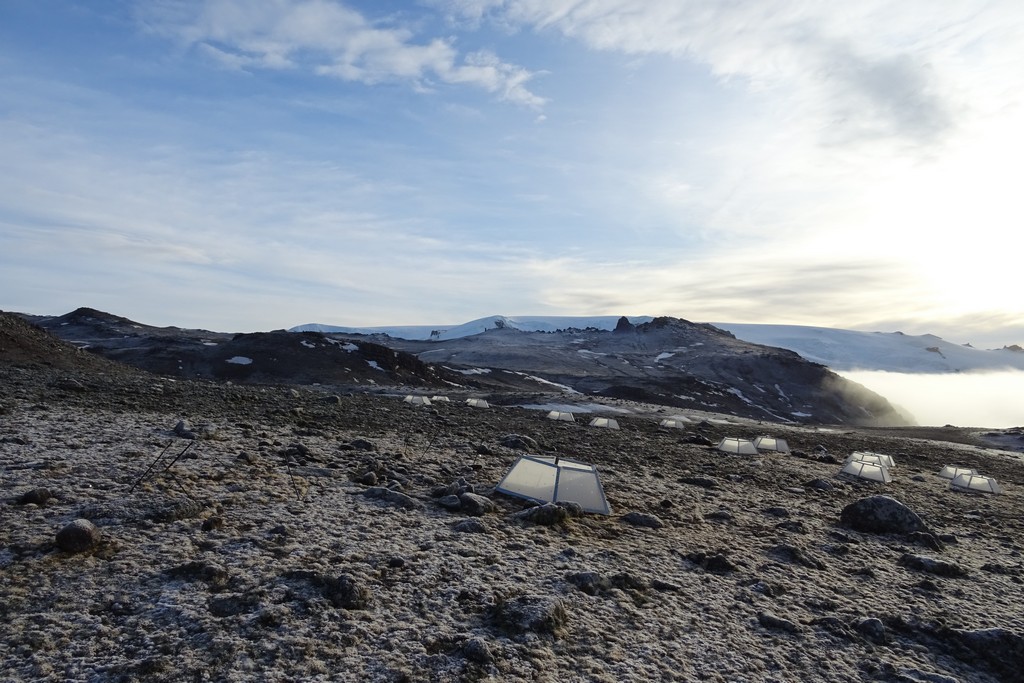 On the map below, you can locate those places, which are shown in  photos: 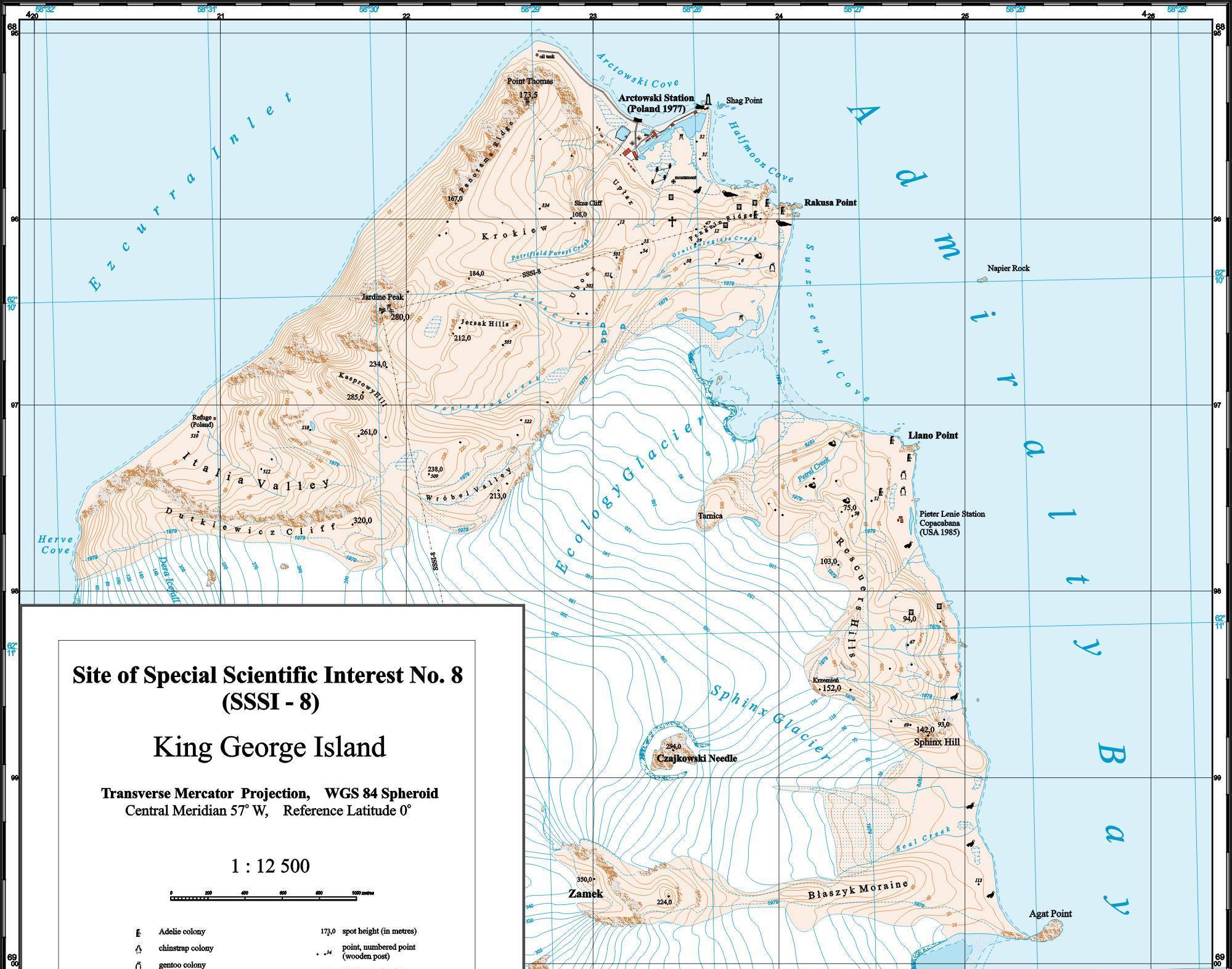