Easter is getting closer and despite the fact, that we are so far away from home, we would like to prepare for the upcoming Easter also here. Where did an idea of EWC come from?

The idea of The Extreme Way of Cross comes from Cracow- the week before Easter people walk on foot, at night, in silence from Cracow to Kalwaria Zebrzydowska (almost 50 km, it depends on a picked road; more about EWC you can read here). The motivations are different, for me it is a way of preparing to Easter.

Three times I took a part in Cracow EWC; during our wintering on Spitsbergen, we brought the idea here. Due to an Łukasz`s inspiration, he was an organizer of Spitsbergen EWC, we concluded (you know, that we have mutual friend from the previous post) that we will make something like that in here – it will be a good way to prepare to Easter (unfortunately we count on a visitation of sympathetic priest Mark, who is a frequent guest in Hornsund); by the way, it is the first such initiative in the history of the Station (good initiatives are worth to carry on).

However, we knew, that an extremeness of our Way of Cross will have a symbolic dimension, mainly of the distance to make. For reasons of geographic and formal. As you look below at the map of general area our Station: 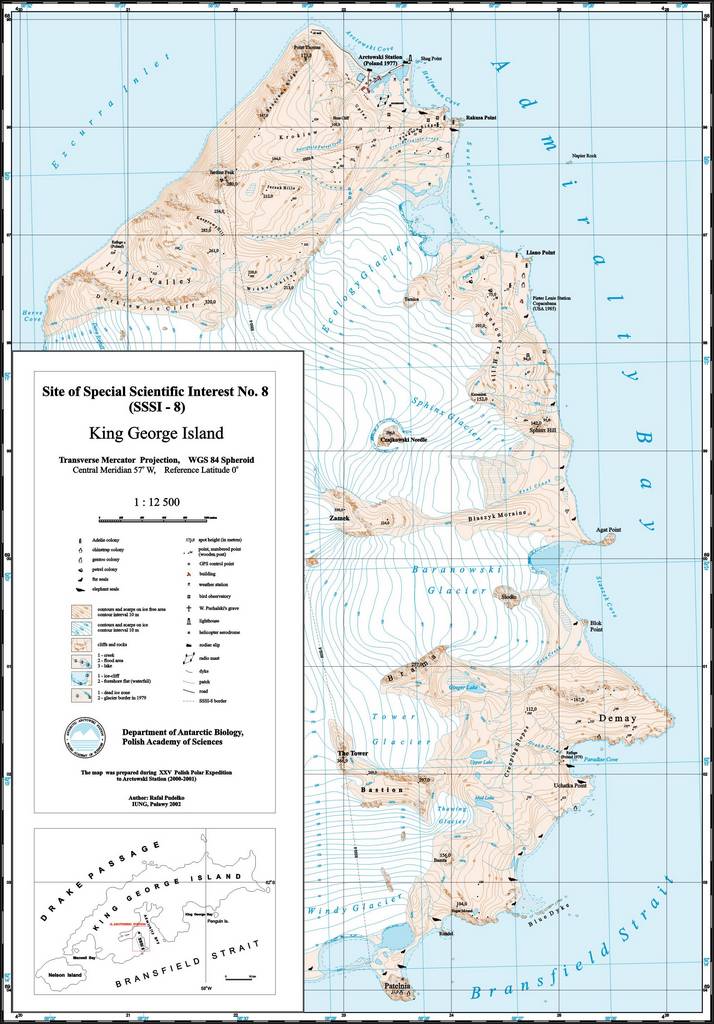 we are limited by water and glaciers. Absolutely it is truth that Ecology Glacier, you can walk through or sail a lagoon under the glaciers by canoe (here, we were writing how it looks), but unfortunately this is an area of ASPA 128 (Antartic Specially Protected Area), where our presence has to have justification (mainly scientific- it is the area, where research and monitoring are being done), it is a strictly protected area, because of the species of plants and animals. People, who enter to the territory of ASPA, must have a permission (all of winterers have such permissions).

At the beginning, we had to resign from this supposed tour of 23 km, because it slightly footslogs on the area of ASPA 128 and we had to organize the tour in a place, where we could move without limits. The tour of our EWC had about 15 km,  an initial station and a final station were located next to chapel under the lighthouse. We started at 8 p.m. and we came back at about 1 a.m. at night to our Station.  Four people took a part in EWC.

The tour along the Ezcurra Bay was sometimes troublesome, because of a surge and part of the road, which we had to overcome on slippery stones, but Gentoo penguins amused us, they usually runs if they see people- these, saw us in the darkness and the headlines, but they stay captivated, and some of them walked in our direction, they were interested in unusual source of light.

During stops of some stations of EWC, a wind was abducting some words, and sometimes we had to outshot it, and it snows sometimes, in the moonlight, the snow added a magic to our tour.  However, in this case little cold was our ally, because it hardened a dangerous ground around the Station and it was easier to walk on them, but it was easier also to slip on them (some falls were spectacular). Pre-holiday mood is penetrating slowly to the Station.