Over the past few days a lot has been going on like at most of you. The festive mood still doesn’t abandon us so we are going to tell you how we spent Christmas.

I think you‘ve read about our preparations for Christmas already. In comparison to Christmas Eve, which we were preparing in Hornsund, this one was supposed to be intimate. There were 21 people at the station, including two foreigners. For some of us it was the first Christmas without the family (of course, not mentioning about that each of us experienced this separation in a greater or lesser extent), in addition we were just used to the Christmas with carols and some favourite Christmas meals so that’s why there was greater motivation to make it like at home. And we did it!

On December 24th you could hear carols sounded in the morning and some people decorated The Christmas tree, we were preparing tables and there came very delicious smells from the kitchen. The elves, Angel, Baby and Father Christmas (by regional tradition or whatever) prepared the gifts that were waiting patiently for unpacking after the Christmas Eve. The internet didn’t actually disappoint us. It was very gracious that day and so everyone could make a phone call in order to greet family. There was also a snowman that appeared in front of the entrance to the station (The winter in Poland failed but we’ve got still a lot of snow here, although Antarctic Summer begins). 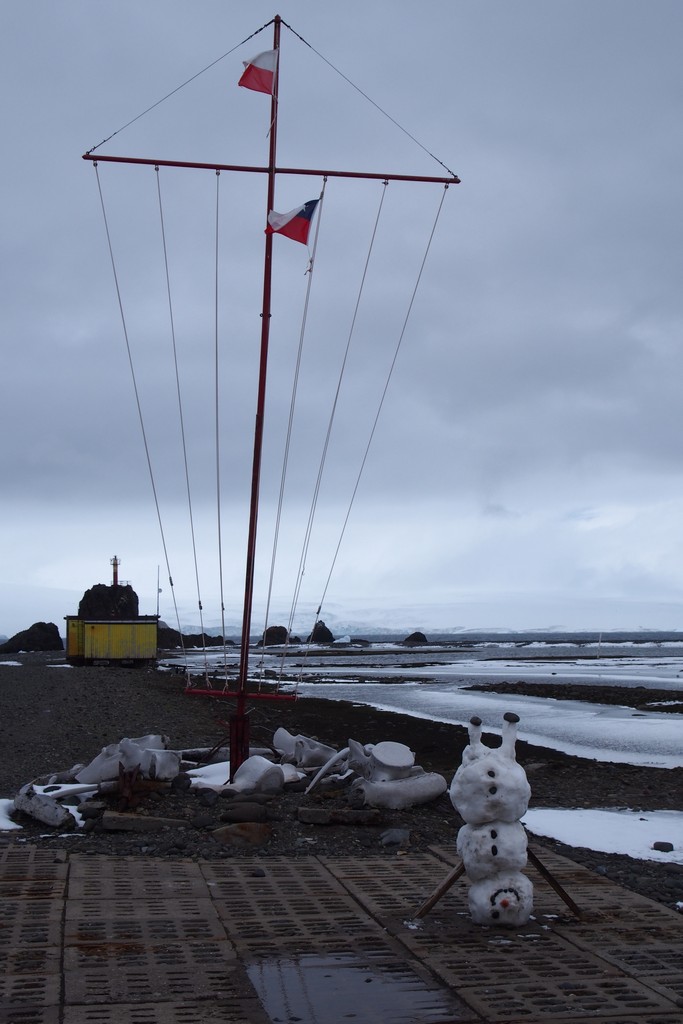 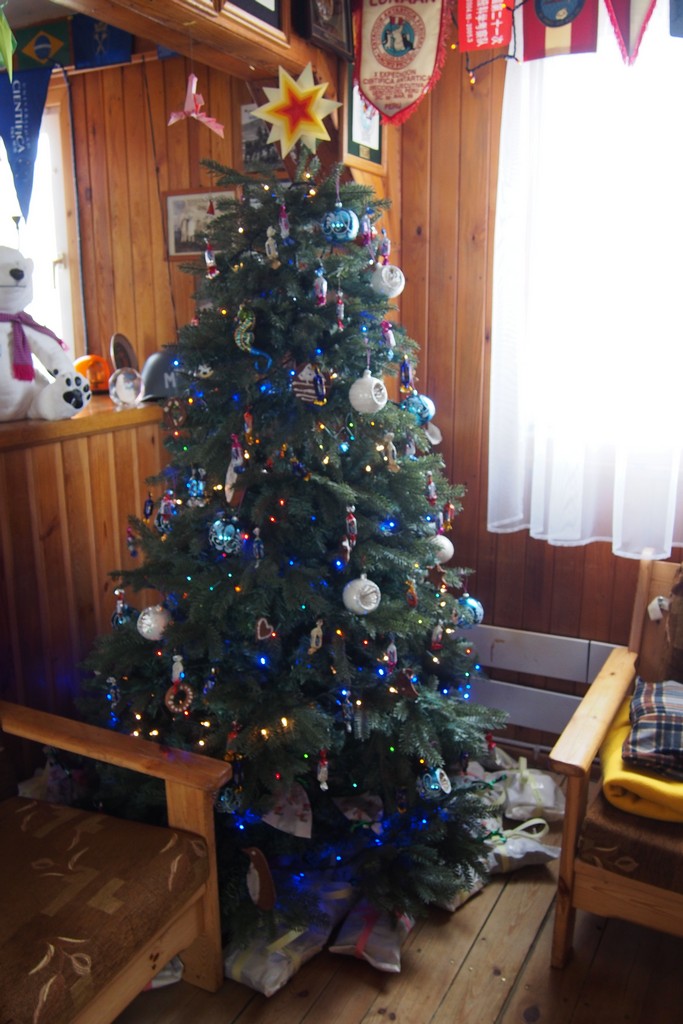 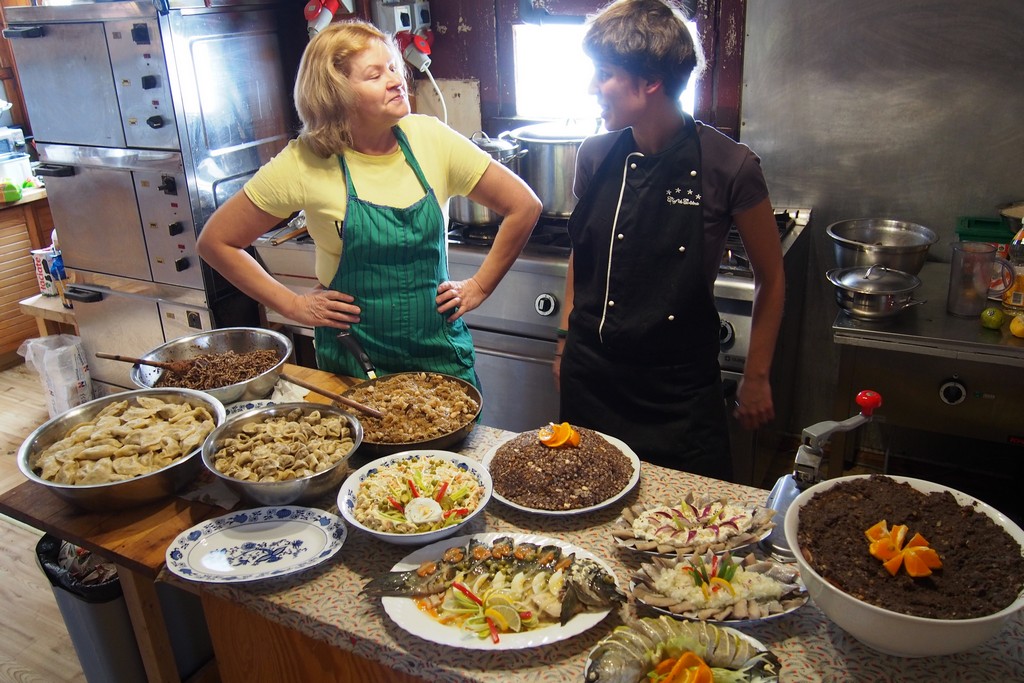 It was hard to sit at the table according to the tradition with the first asterisk because we have very long day here and it’s clear almost for the entire night. The whole thing began at 6 – traditionally, reading the New Testament and breaking the Christmas wafer (a huge “thank you” to Peter’s aunt for remembering about the wafer that lasted for the whole journey in a box with a board game).

There were some traditional dishes on the table (more or less known) – Asia surprised everybody with stuffed trout and carp in jelly. Damian was carried on hands for his great poppy seed cake (a culinary debut – such a good one !). My kutia competed with dumplings with poppy seed, the borsch with dumplings tasted also wonderful. The guests from Chile were surprised that we have so many dishes on the table, they were like: “are you really able to eat them 12 all?” They usually have one main meat dish. 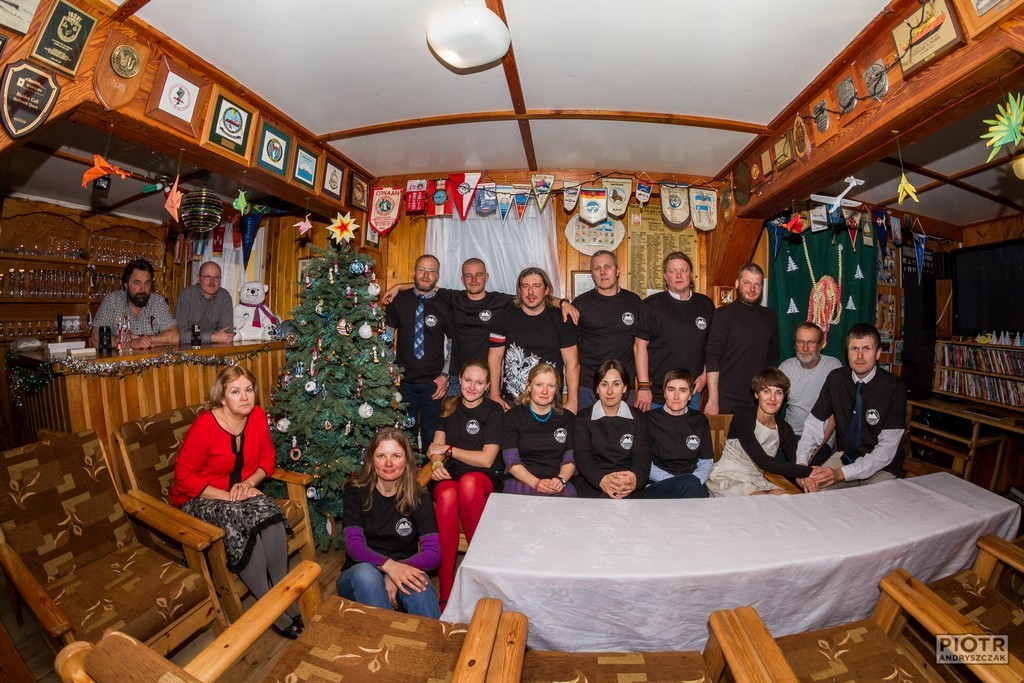 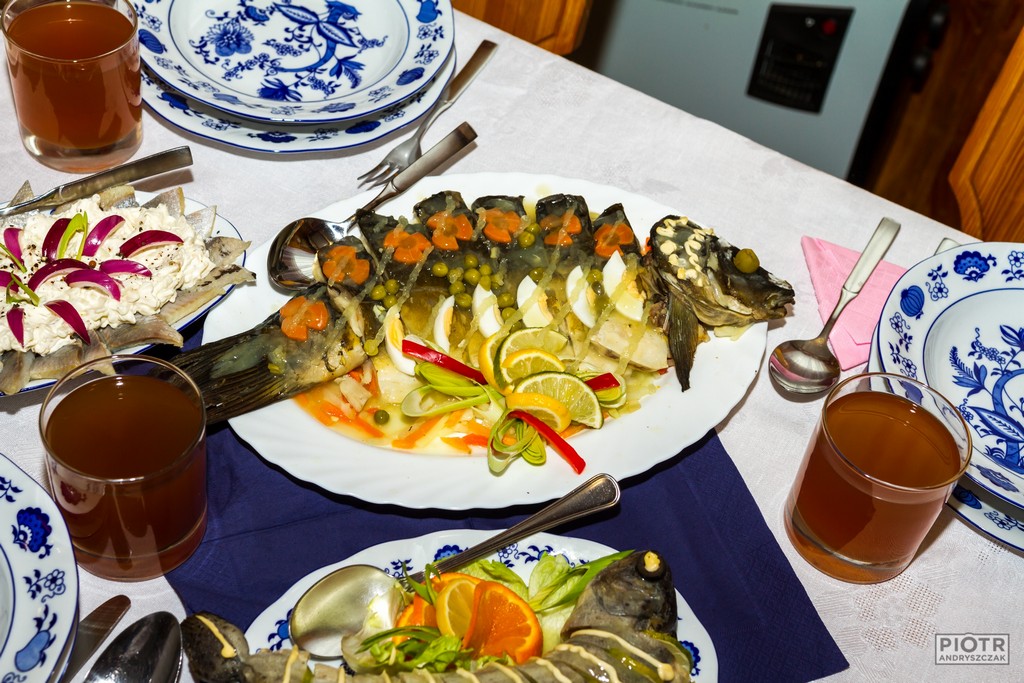 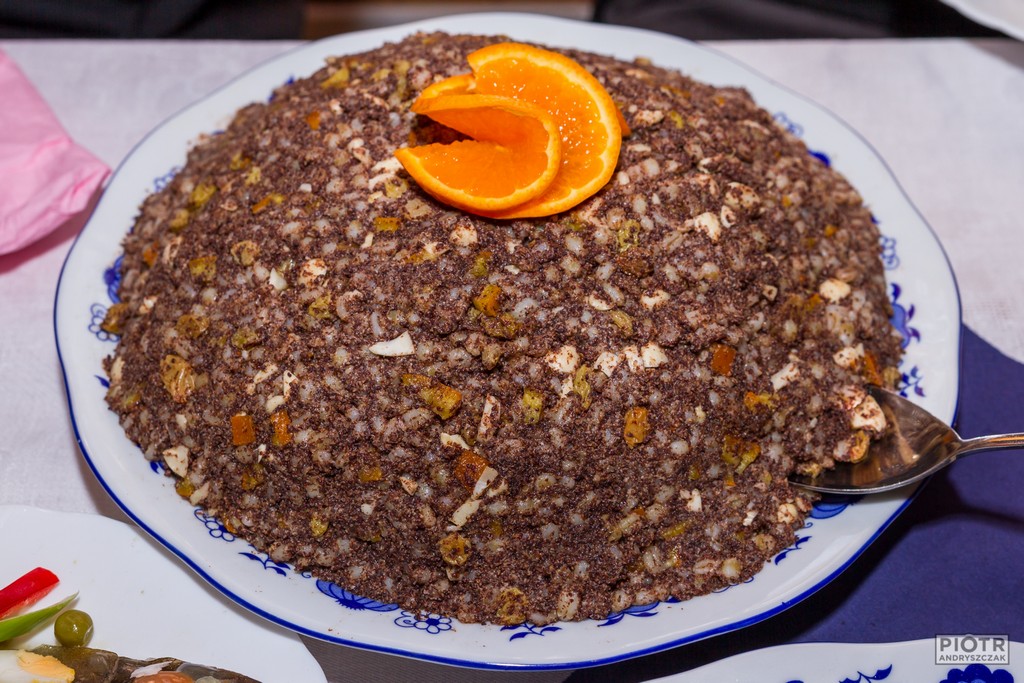 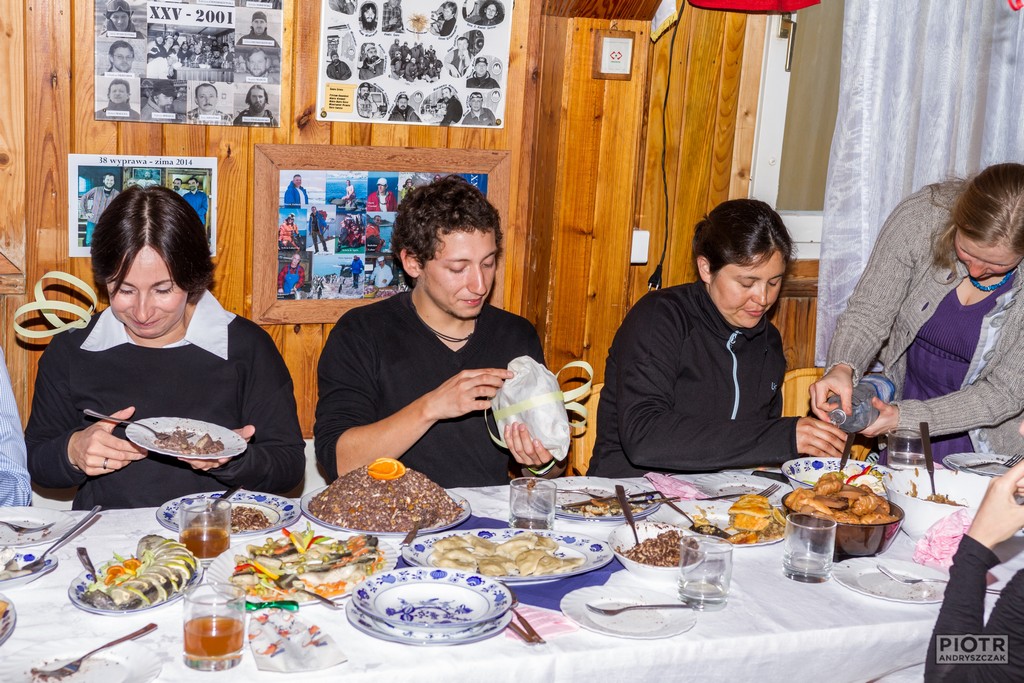 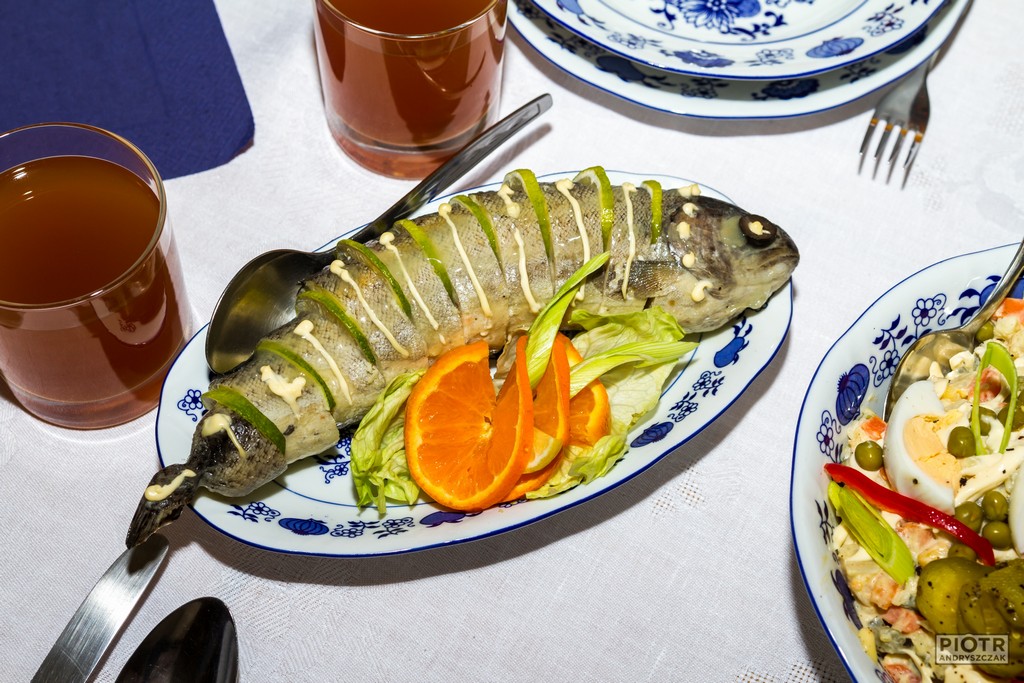 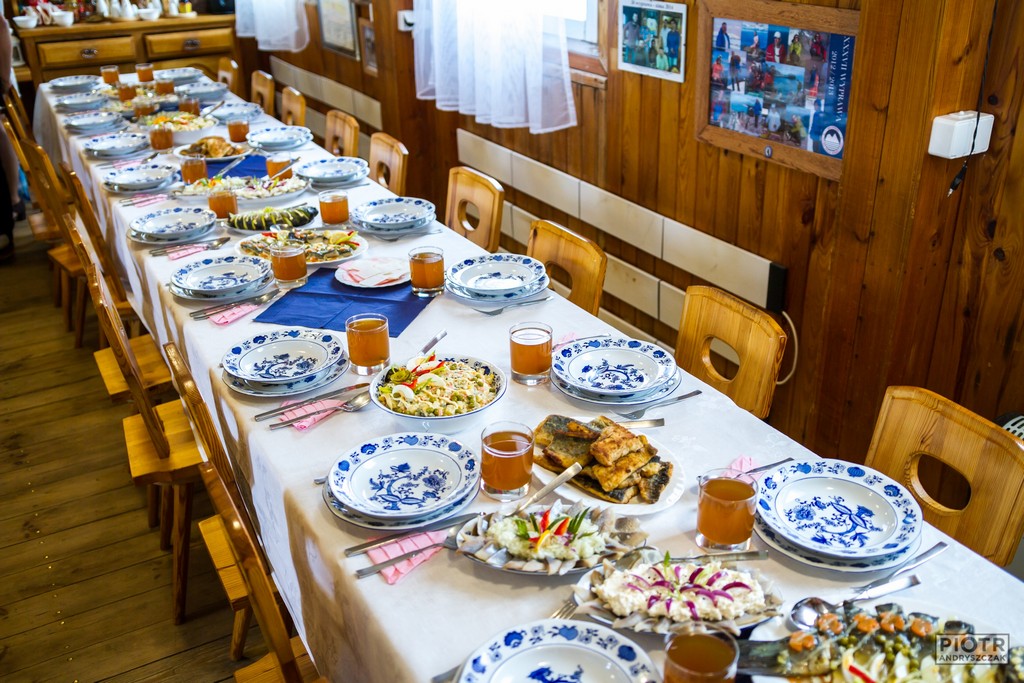 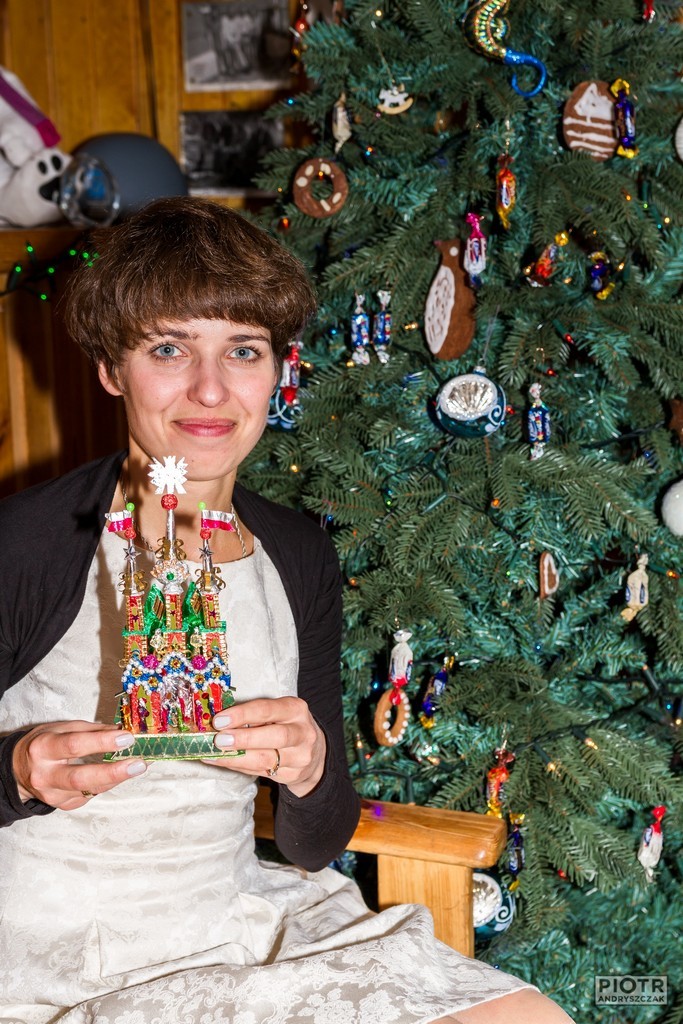 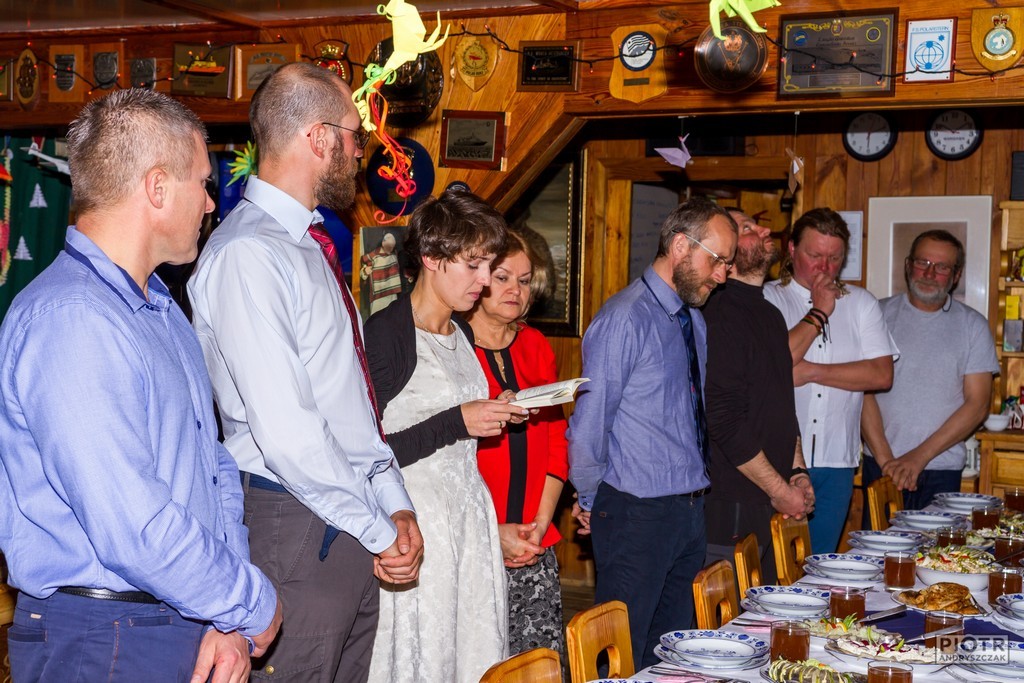 A very nice thing for us was a small Cracovian crib, which was specially prepared by Mr. Jerzy for the Station.

After the Christmas Eve we unpacked the presents (a real hot items were the t-shirts with the logo of station) and after singing carols we watched the film together. At midnight, according to the tradition, we went to Midnight Mass at the chapel at the lighthouse.

We combined night carol singing with the wishes for Adam who celebrated his 33rd birthday on 25th December. He had his duty time then so he totally didn’t expect birthday wishes that soon.

Thus, as you already guess, the first day of Christmas was a kind of “birthday” one (Asia baked a wonderful cake again). For dinner we had a roast turkey stuffed with a duck which is a Jarek’s specialty. But, of course, we just couldn’t miss the drinks, Asia went ashore in order to find some glowlers (smaller blocks of ice glacier) because the iceberg’s ice is best for them. 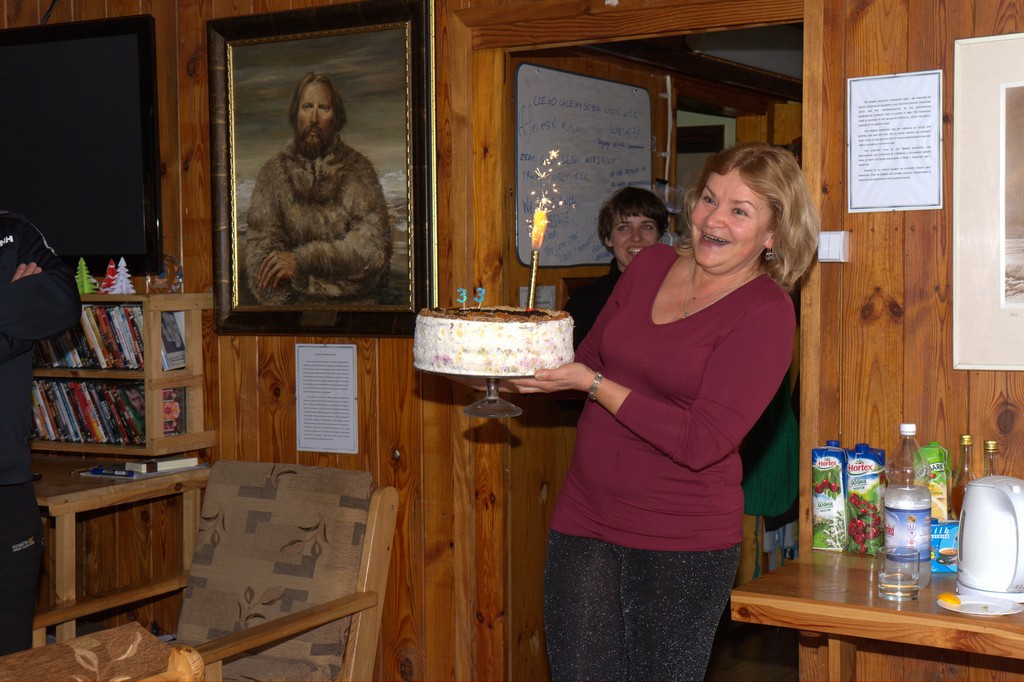 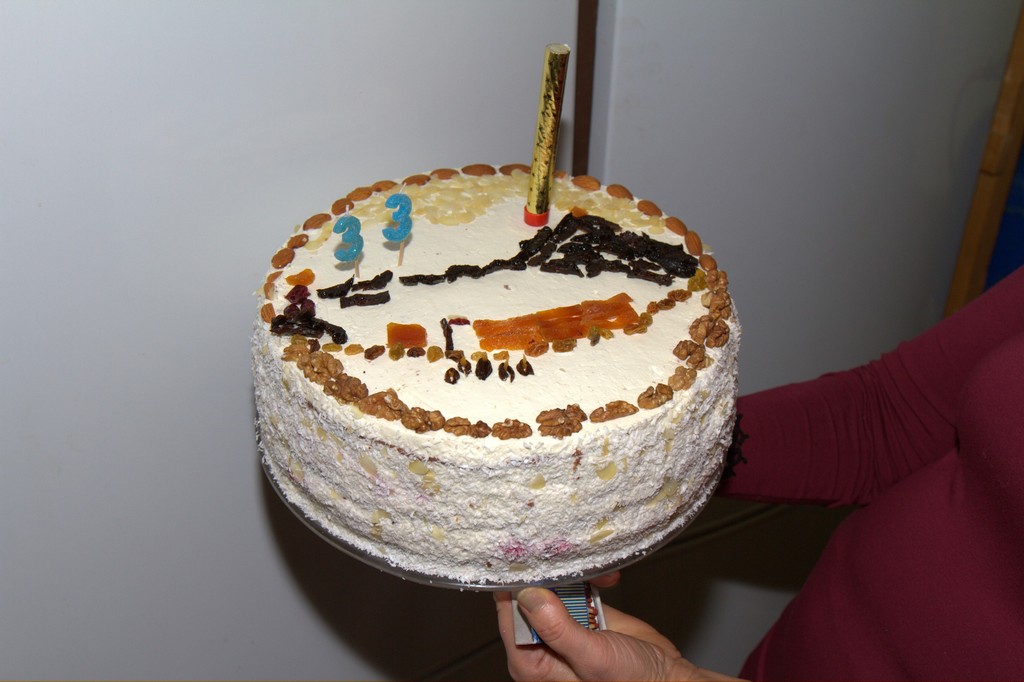 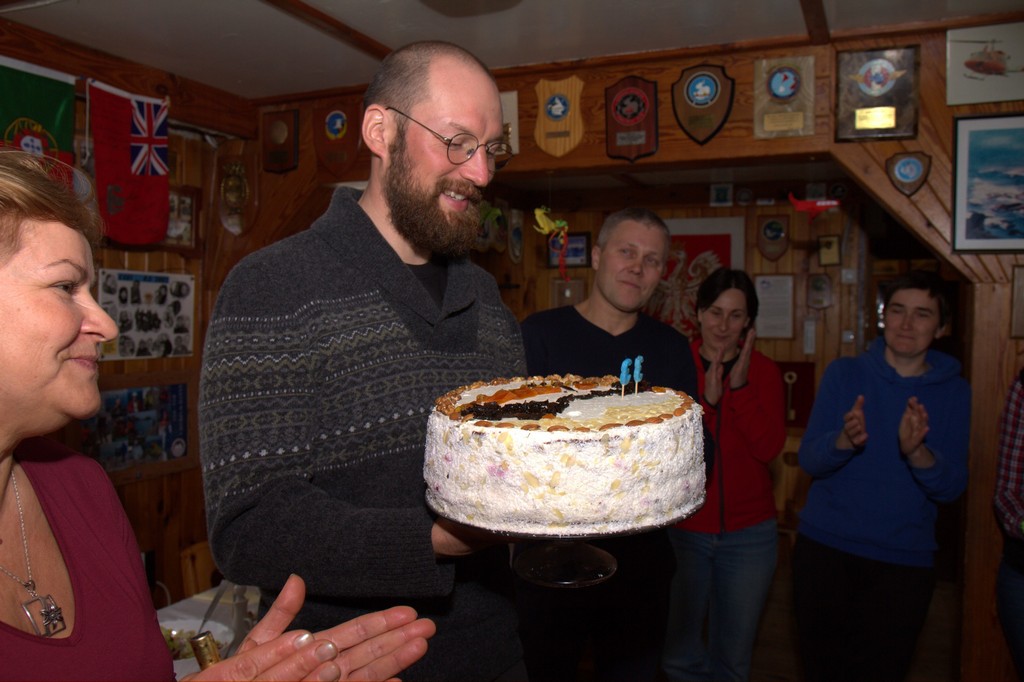 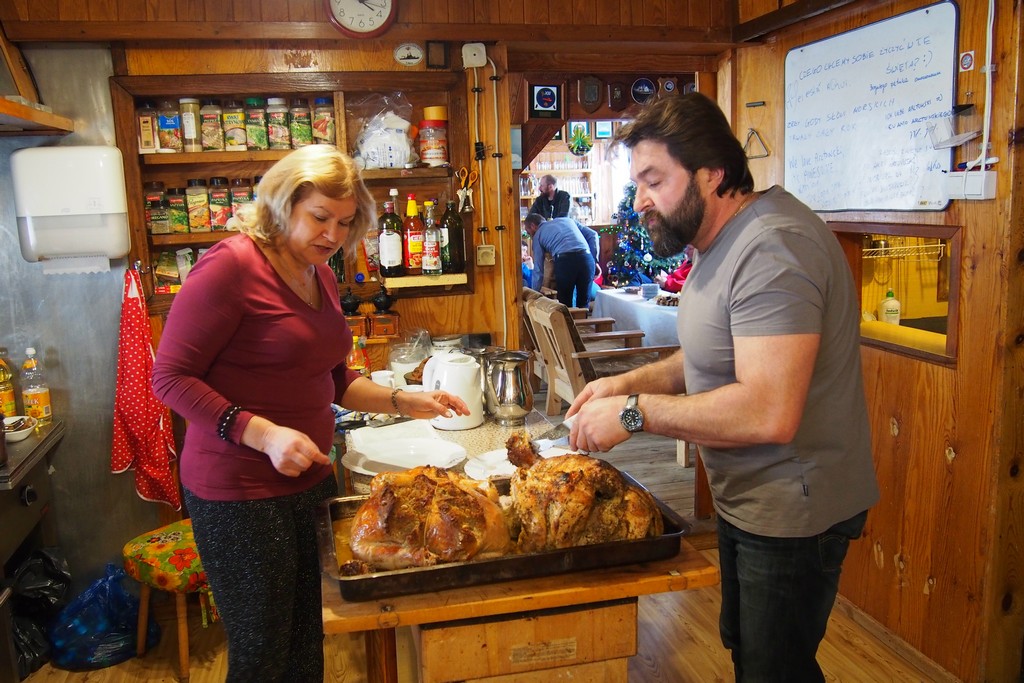 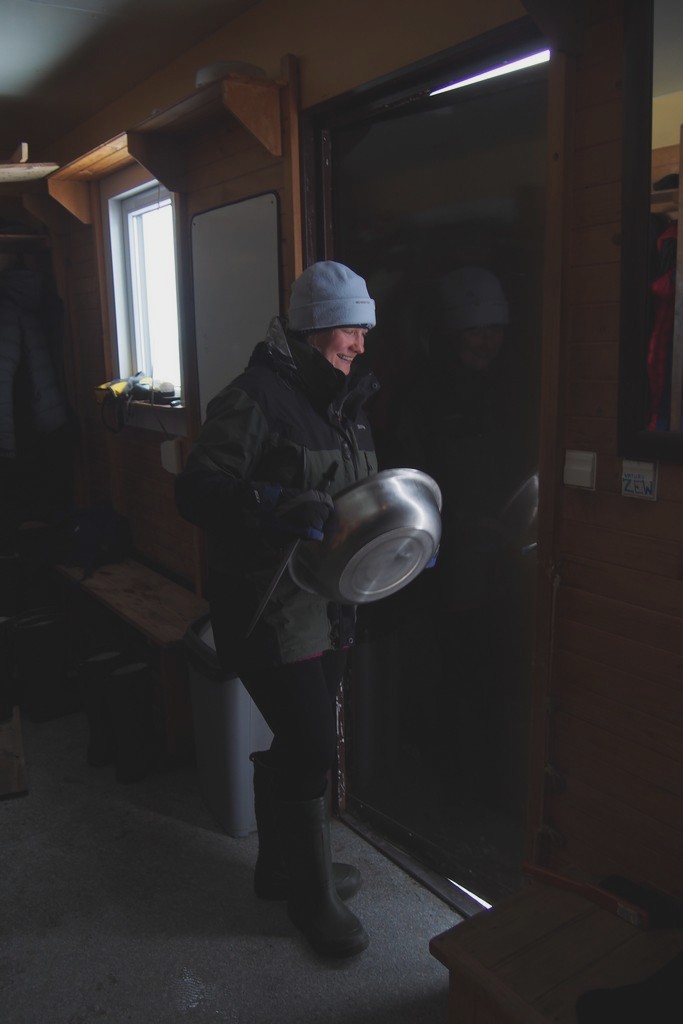 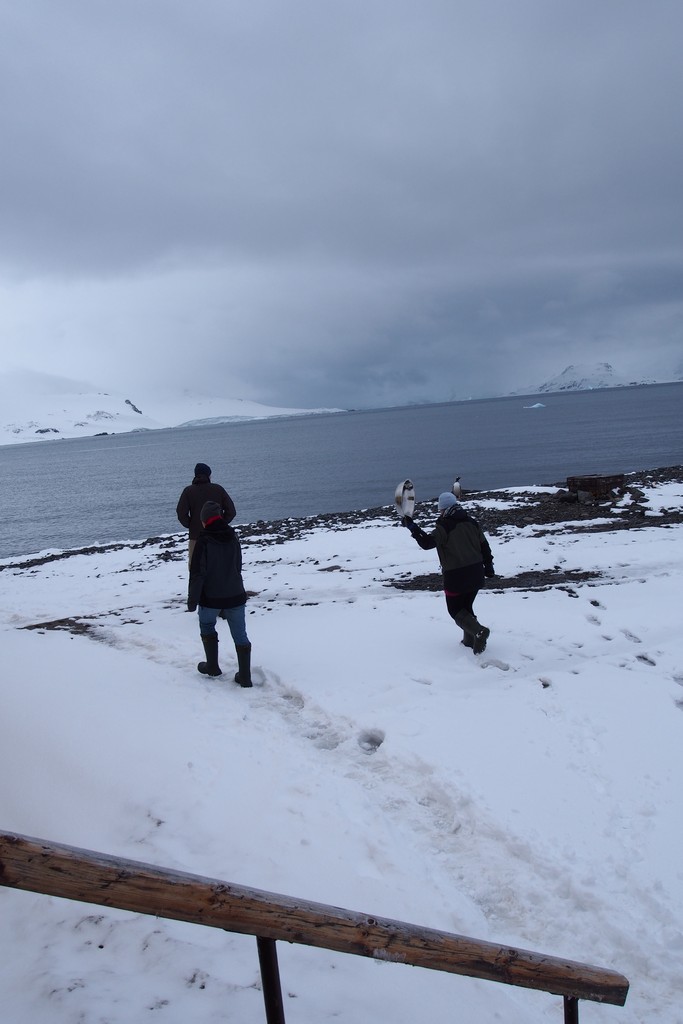 It wasn’t the end of our celebration – according to the local tradition, on the second day of Christmas we shall invite the guests. So, what do you think, who visited us? Of course, our colleagues from the Brazilian Station! This time there was less dancing but there were more talks – we couldn’t remember all the names, but we now know that the drink we were treated is called caipirinha. 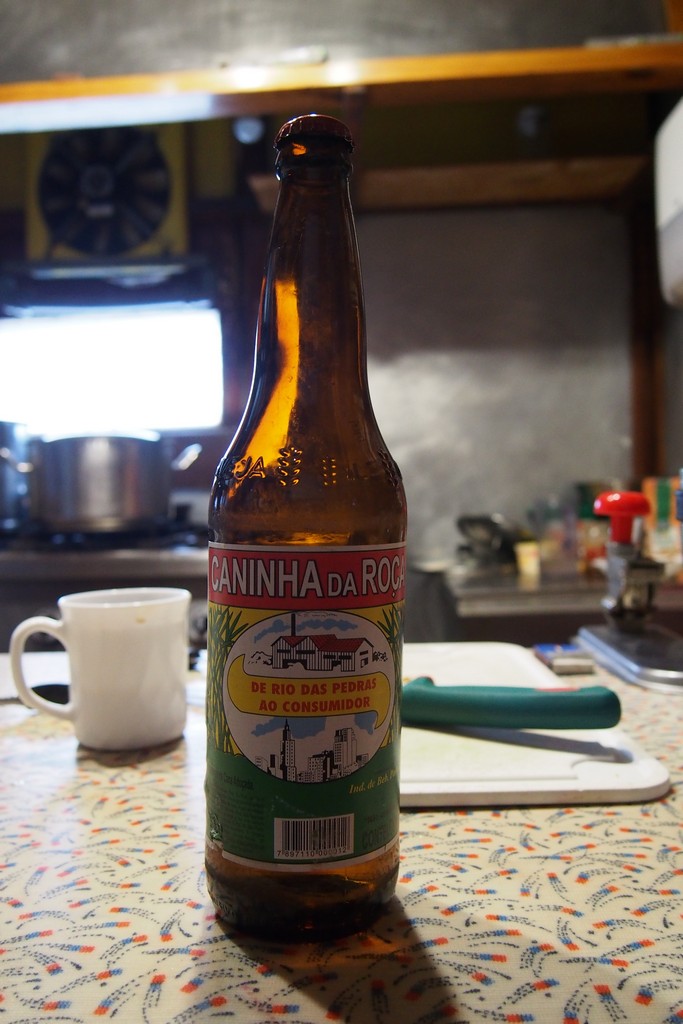 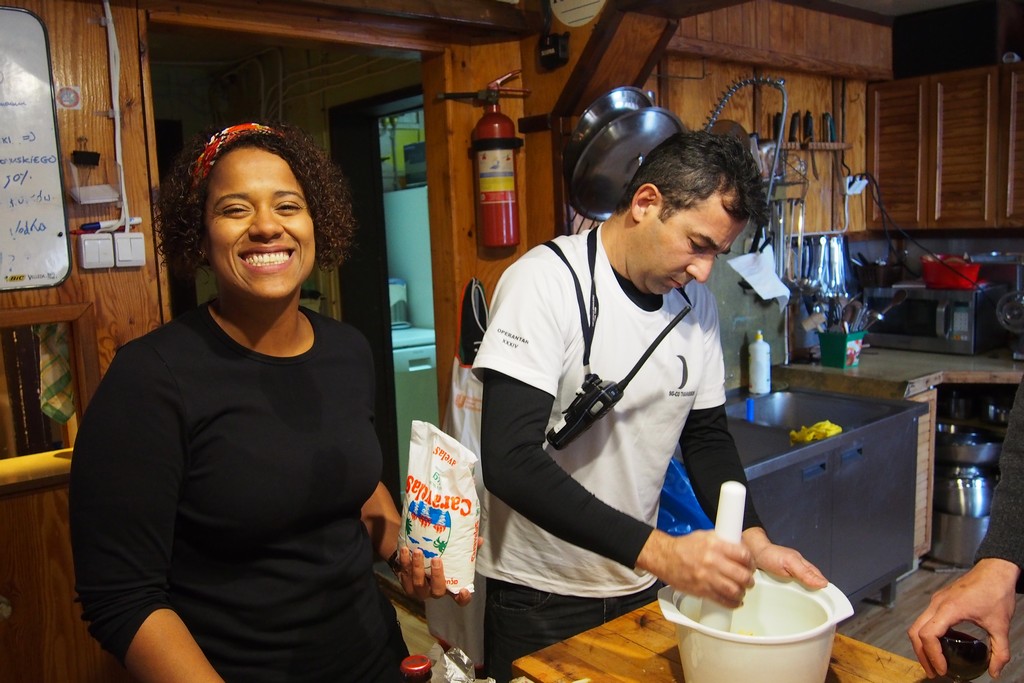 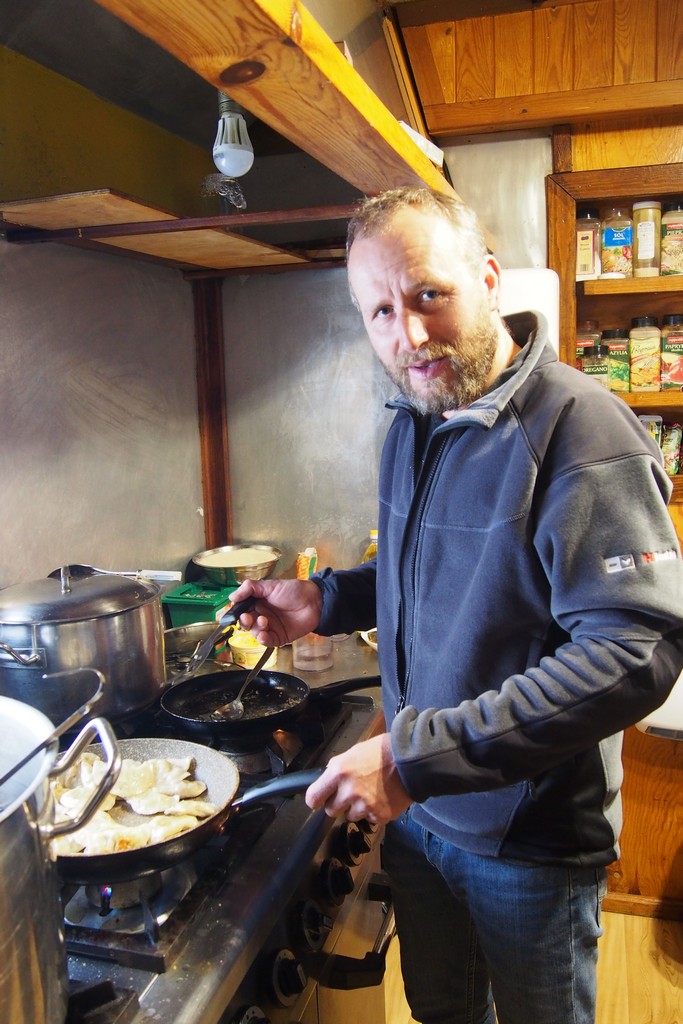 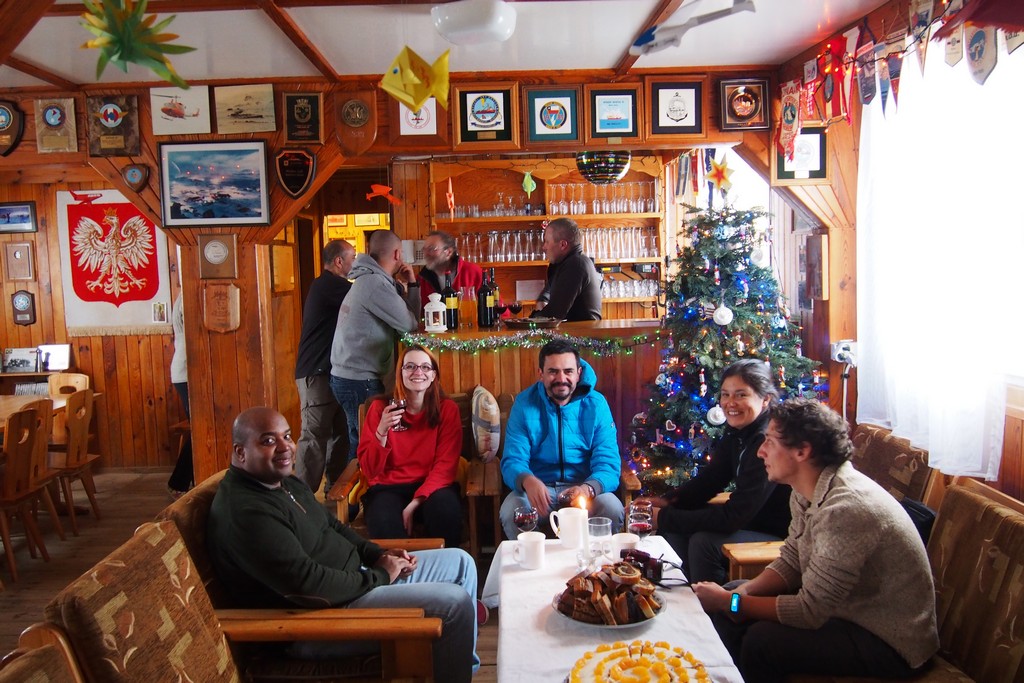