The spirit of sport, despite the final wintering, isn’t still leaving us. Especially, that we have a gym in the Station, where we can exercise regularly.

In the power generators bulding, next to various workshops and warehouses, there is a gym. Immediately after our arrival, it was a composition of different packages, but we quite fast managed to cope with the mess and organized sports equipment, that the place could serve an original function. Especially, that many of us after the initiative of Marta and creation of informal “Polar Fitness Club’’ on the board of ‘’Polar Pioneer” didn’t want to have a fairly break in training.

It was hard to reconcile the different aspirations of individuals, but unfortunately team sports dropped off, because of the insufficient quantity of space. Only a table tennis has left, which survived the peak of popularity in the summer. 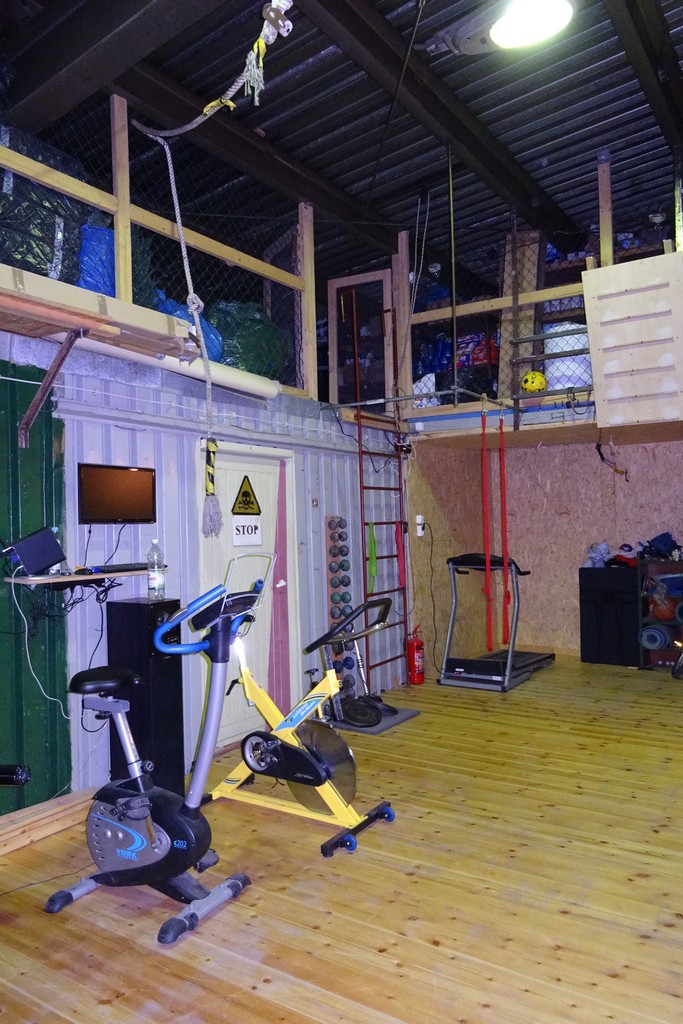 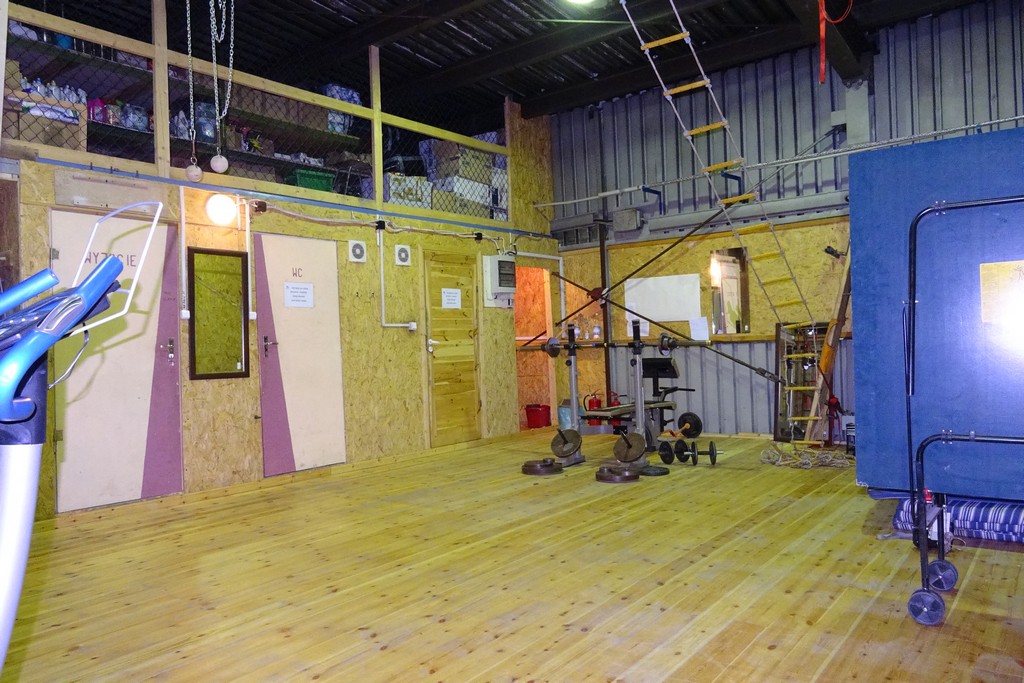 Despite, that there are so many various equipment and accessories for exercising on the gym, that everyone is able to arrange a workout according to its needs and habits. There is even a swing, which Piotrek made and installed with the children joy of the part of group.

Piotrek avoids the gym frequently, I look in there from time to time and I do the daily stretching exercises in my room (it nothing special but there is enough space on the floor to lie down). Besides, it is sometimes the best solution, when it is so windy, and the temperature falls down to a few degrees in the gym, what makes difficult this type of exercise.

In the summer, except exercises, there were a lot of events of different type in the gym – eg. sport competitions, whose originators were Chilean scientists or dance birthday party, we invited our Brazilian neighbors from Ferraz station. on it, traditionally.