We have been in Kraków since Monday and we try to understand the new reality. But that story still lasts and the narration demands itself the new continuing – just several days ago we were packing the last little things into bags, backpacks and barrels. And then? And then it all began.

On the 26th october Polar Pioneer sailed in to The Admiralty Bay. There were no chances to unload because of the storm which literally tossed ship on all sides, so we were just watching it helplessly though the “Samolot” windows for several hours. The new team being trapped on the Neptun’s board sent us facebook messages desperately using wi-fi.

We could hear some messages on the radio according to the weather conditions and possible ship unloading. Another moment and… we were given green light because the forecast for the next days was quite successful (we actually didn’t believe it so we were refreshing the page all the time in order to be convinced it’s not going to blow or rain anymore). 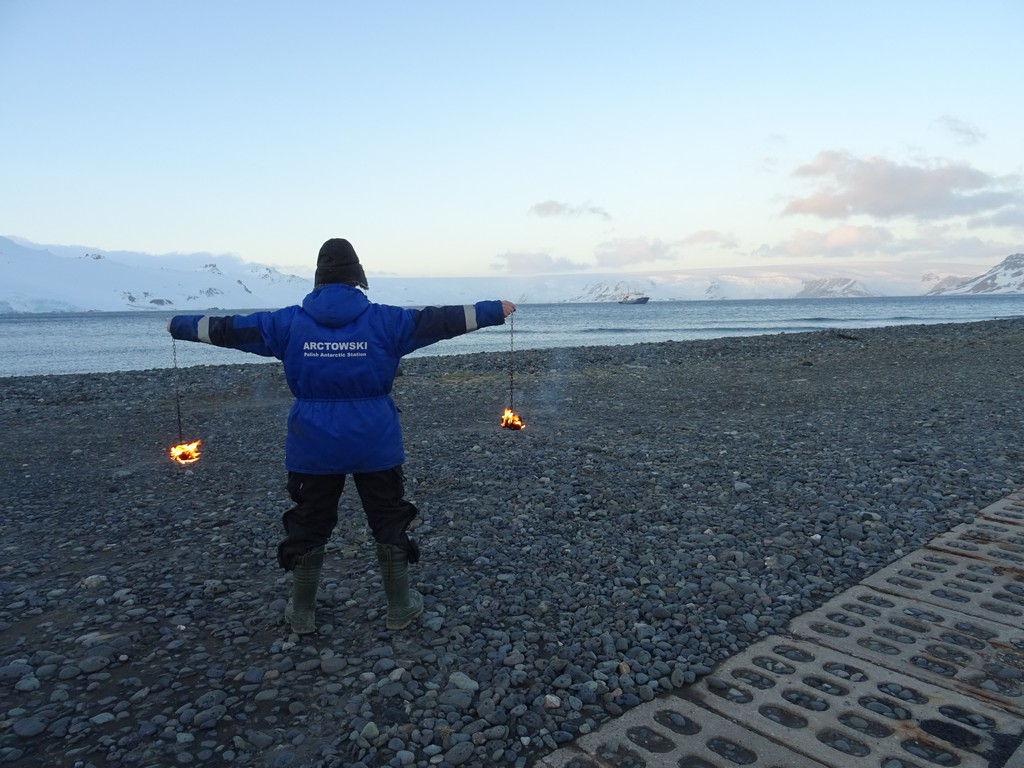 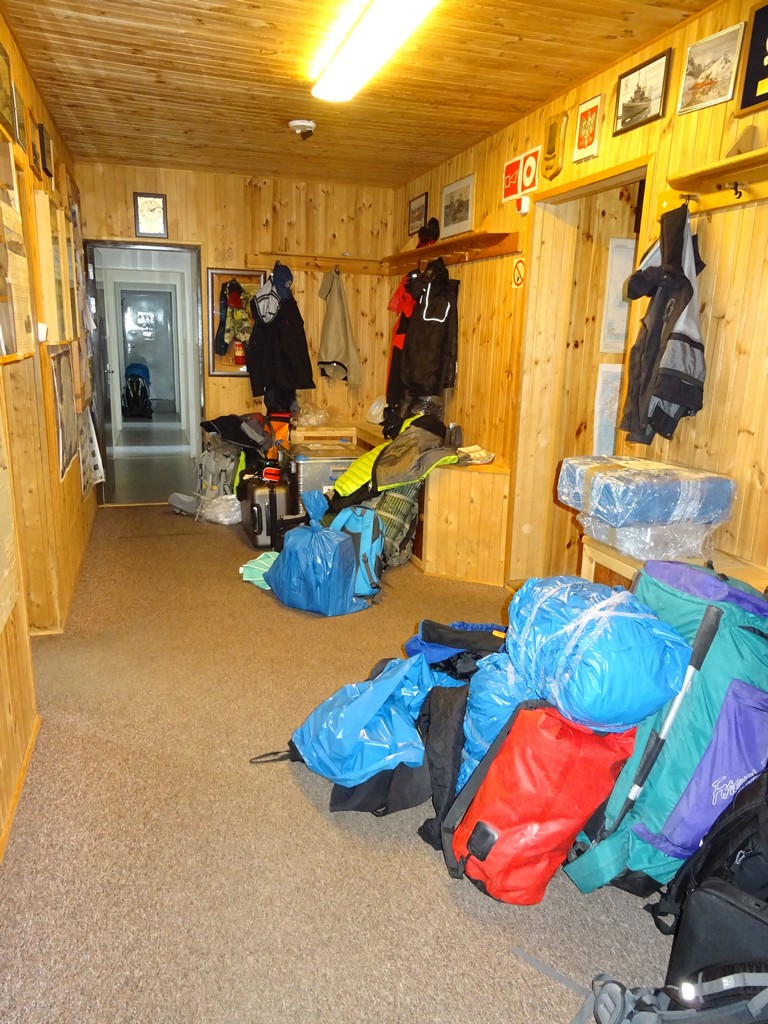 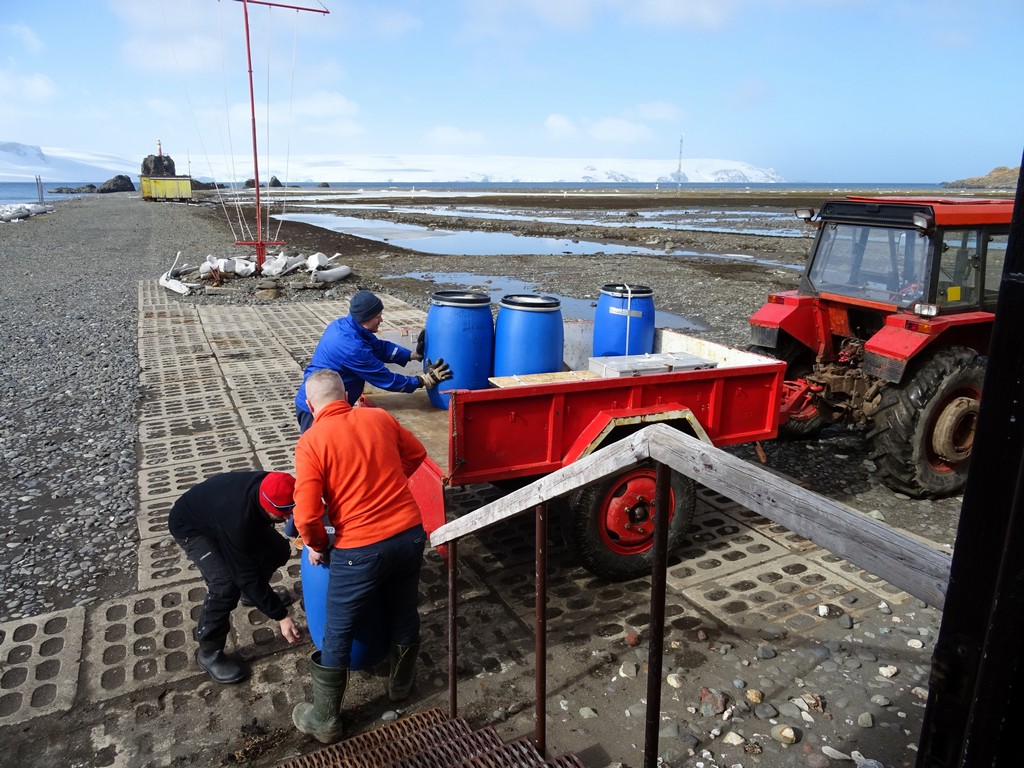 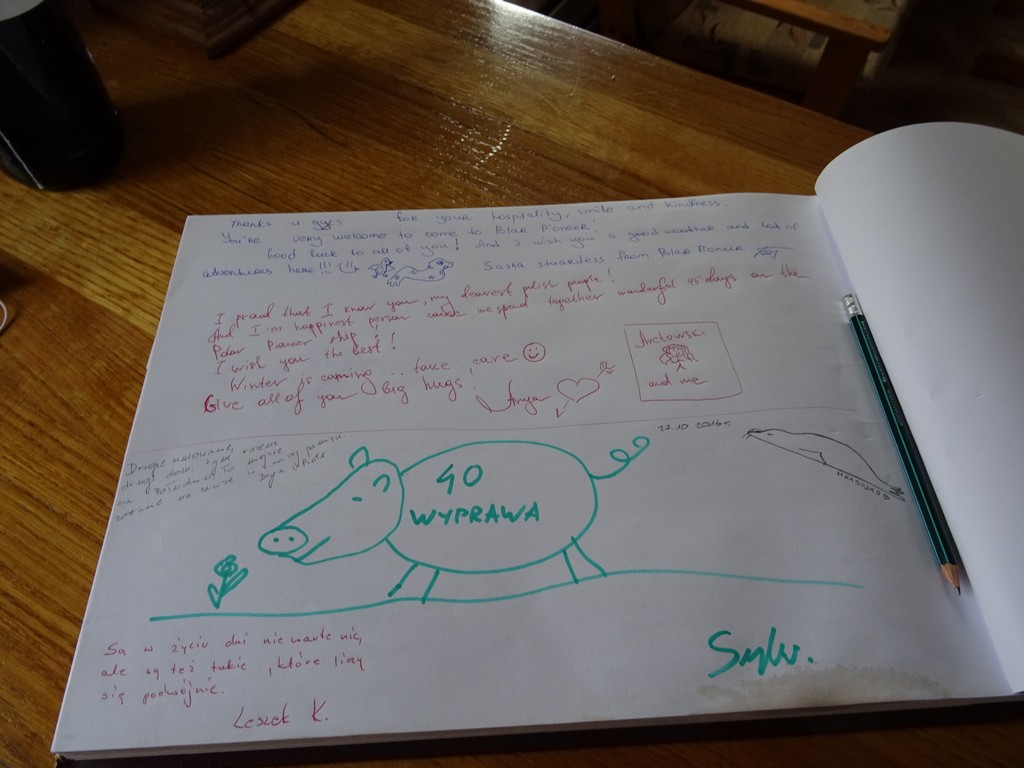 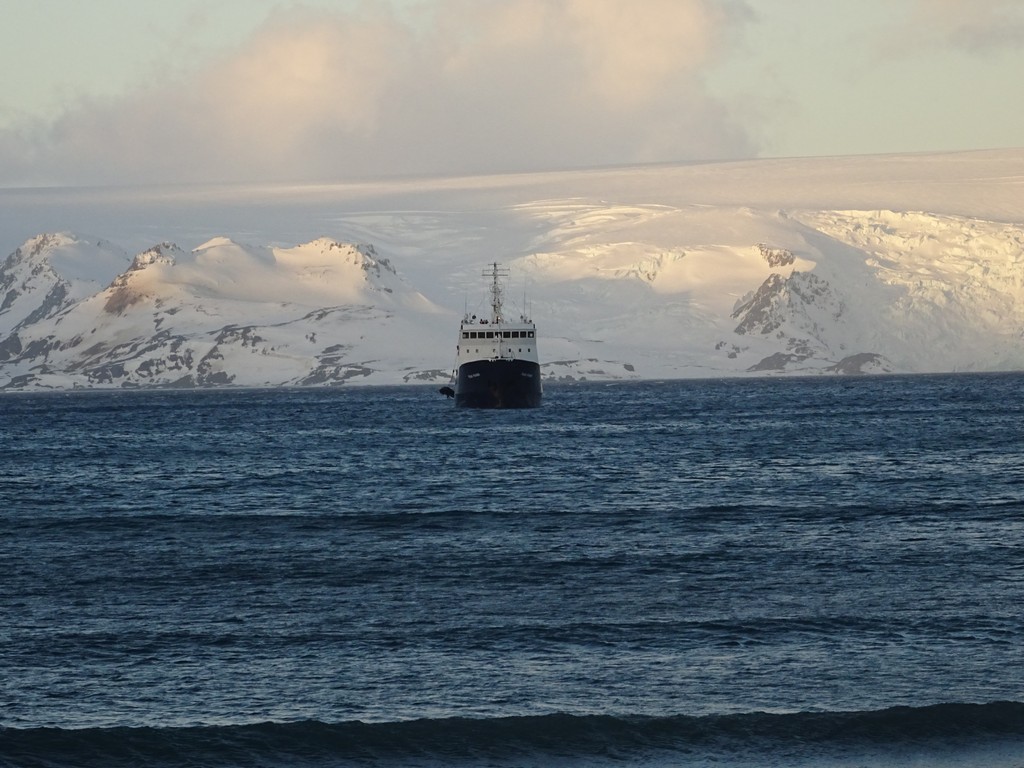 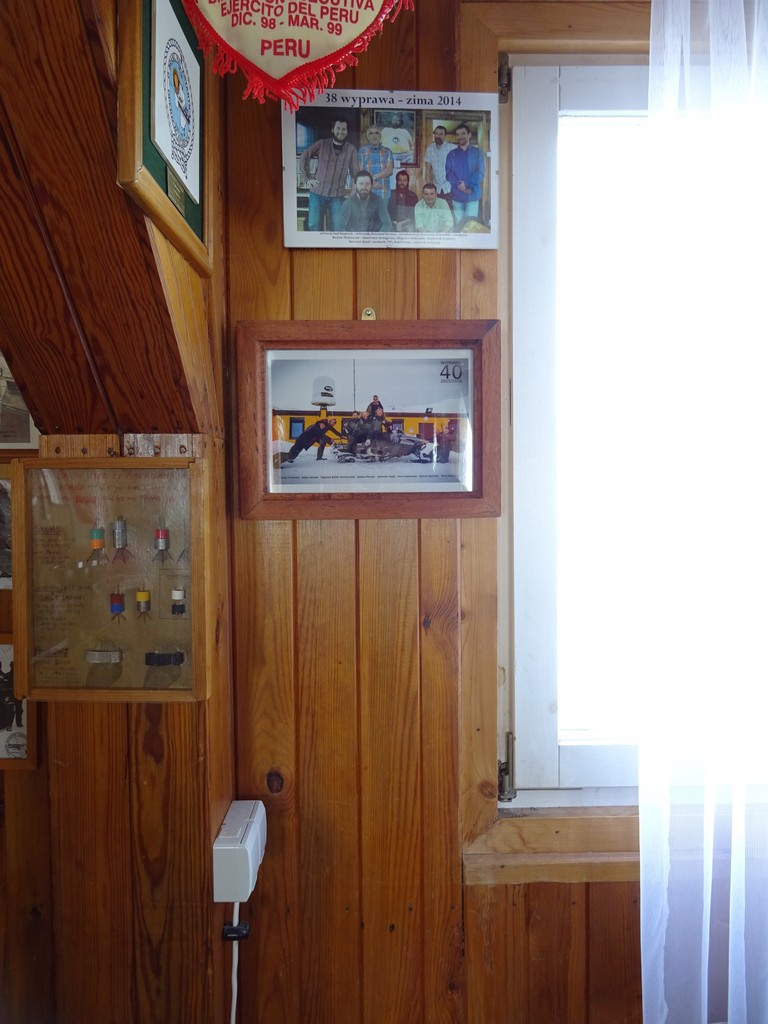 On the 27th October at about 5 a.m everybody was ready to unload. There came PTS together with Zodiac. And everyone standing on the land was about to unload the cargo and put it in the right place. Out team was working at the station and our successors on the ship. I had a duty that time so I gave colleagues food and hot tea and just a few hours later I joined “the Chinese conveyor belt”, passing from hands to the other hands single boxes from unloaded big bags (large, synthetic bags with a rather large capacity, which, instead of pallets, any smalls were transported) and the cages that with the help of PTS were transferred to the ground using a crane. Piotr coordinated the “conveyor belt” and the rest of involved people were flipping through the packages listing funny comments about what can be inside at the same time.

PTS was driven all the time and every course from the ship was unpacked immediately. Thirteen hours have passed and even the biggest skeptics rubbed their eyes in amazement because it turned out that… it was the end. The weather was amazing and so our experience from the previous unloading helped us a lot, too (in october and march). It seemed that the station transfer will finally be looking normally and did not take place in the last moment. 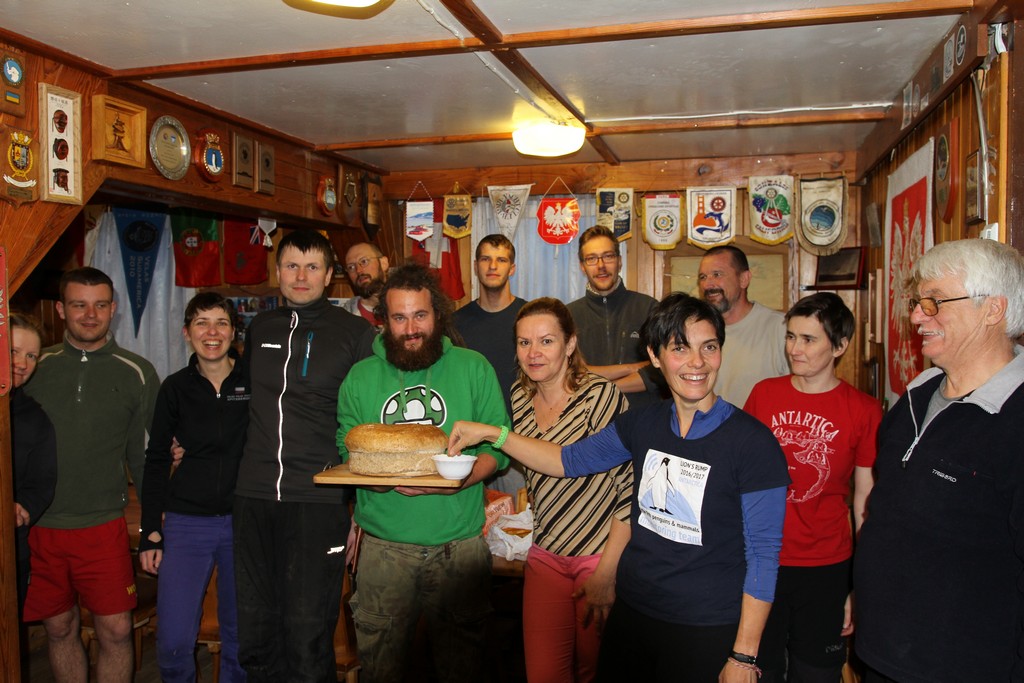 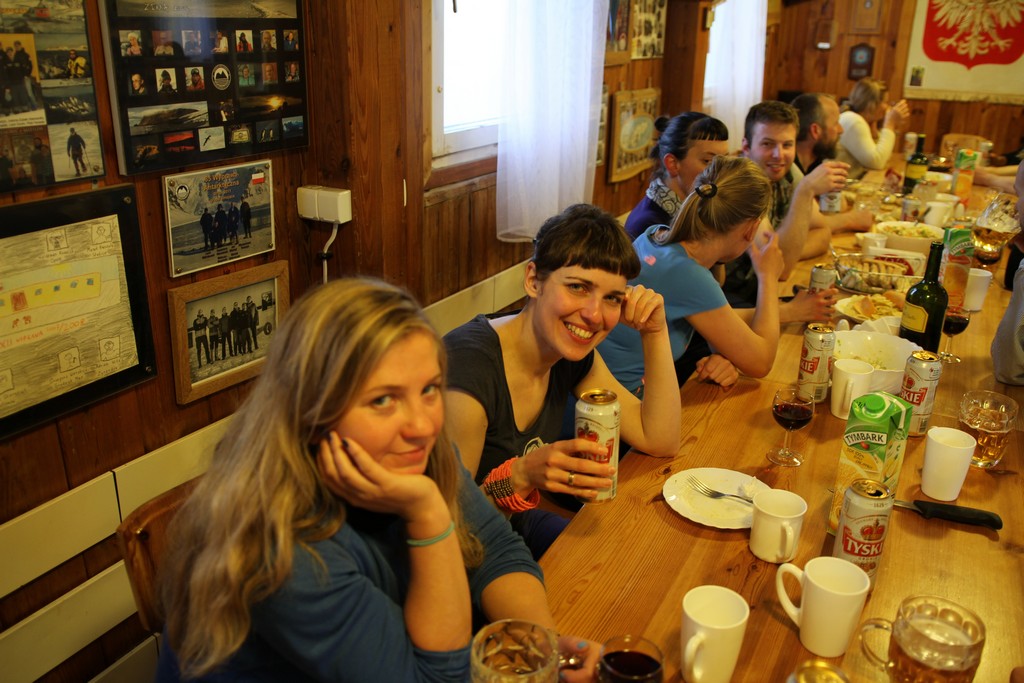 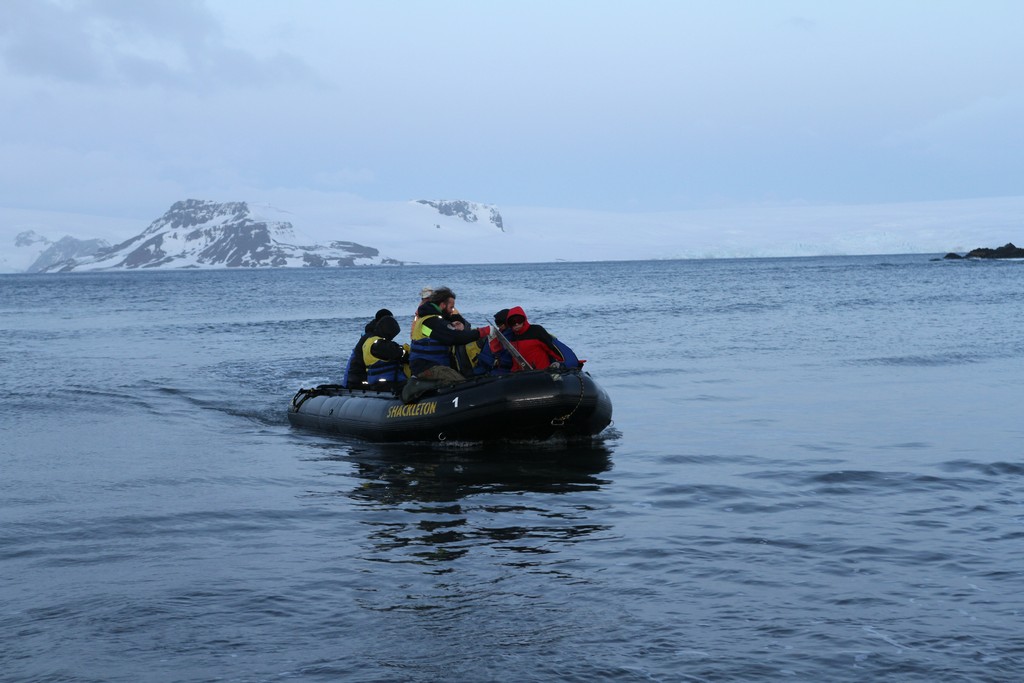 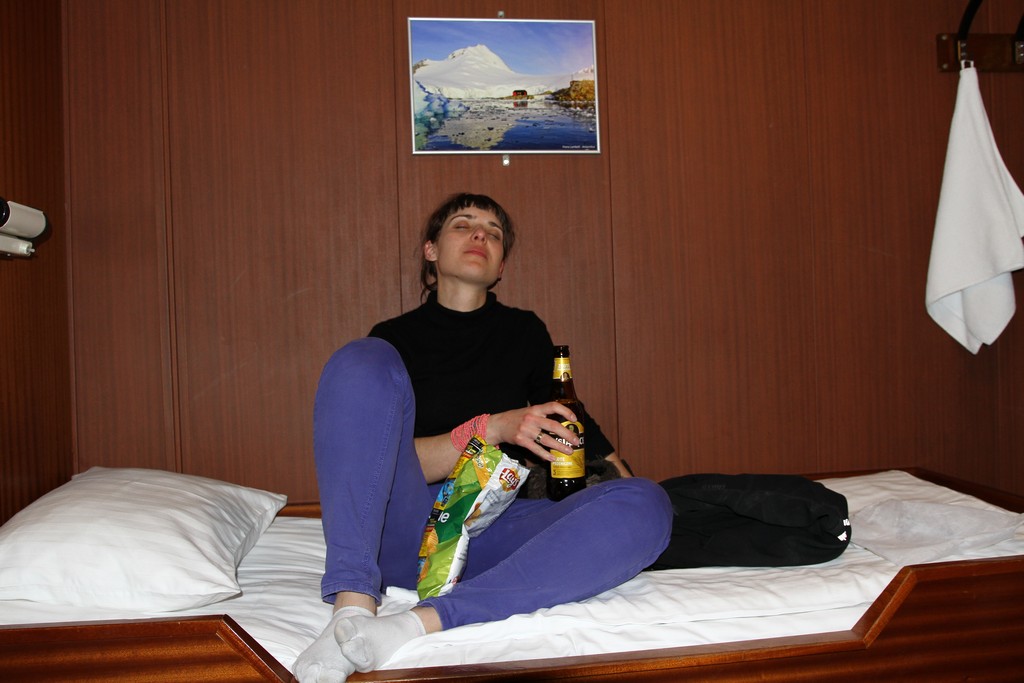 Our successors came by the last PTS. We’ve met virtually so now it’s the time for more direct welcome. There are also familiar faces of colleagues from last summer. There is a really joyful buzz and a lot of confusion.

In the evening, there’s an opportunity to celebrate. We have a chance to get to know one another and to talk about our wintering experiences. We just absorb new stories, holding beer or a glass of wine in our hands- tastes like never before because our alcohol was running out of supplies. Not even mentioning that for about several months we drank overdue beer not washing it away. We eat salads with fresh vegetables, and then someone slips out to the store in order to get a pear or an apple – it’s like conspiracy and joy as in childhood years.

The next day, on the 28th October we welcome a new day with the first in a long time hangover. I helped Dasi, my successor to prepare breakfast. During the day the station will be floated by double or triple groups related to the transfer of responsibilities and the implementation of a station reality. Taking the advantage of weather conditions, ship refueling is done in the background. There are bags and backpacks everywhere, “Samolot” seems to be bursting (there are almost 30 people at the station). We say goodbye to the familiar places and it’s getting sadder and sadder and finally, in the evening we go to the ship. I just can’t stop tears, Piotrek, as always, seems to be better.

We’re sailing by Zodiac in silence and the Arctowski lights are getting smaller and smaller. The ladder falls from the ship, we enter the deck. The whole perspective is changing and new faces again but also those familiar ones from the last cruise. The sadness is soothed by the packet of crisps, jelly and beer packed for us by Basia and Ania in Gdynia. We try to fall asleep in bunks unsuccessfully – we are still at Arctowski but by now, this is the last straightforward – Lions Rump unloading and farewell with Antarctica.