The last post was about the view outside the window that we see each day, today we’re going to show you some “Samolot” (Airplane) photos – the main  residential and presentable building of The Arctowski Station.


According to its name – we have heard two explanations: the first one says that by its shape – the building is like an airplane and the second one is about hurricane winds which quite often visit the King George Island and it starts to sound like a machine taking off. I think both of them seem to be reasonable. In this second case the wind can even get inside by all the possible gaps making some huge noise meanwhile. Sometimes all pictures hanging on the wall swing and if there are additional wind blows taking small stones from seaside, it feels like shots from machine gun running on the walls. Not even mentioning about the whole building is shaking from the floor up to the ceiling. There is no wonder that in such conditions the hurricane broke off part of the dining room.

The station began its work officially in February 26th, 1977. The first “Samolot” accommodated about 20 properties, then after the renovation of the building in years 1997-1998 (22nd Antarctic expedition) the building has been replaced with the containers which are still here today (the view of building from above). Currently, after some rearrangements that were made during our stay here, in “Samolot” there are 14 single rooms (some of them made its storeroom functions or technical rooms). One of them was temporarily converted for the duration of our stay into infrasauna (just a little funny and scary thing is that all the windows in the rooms do not open). 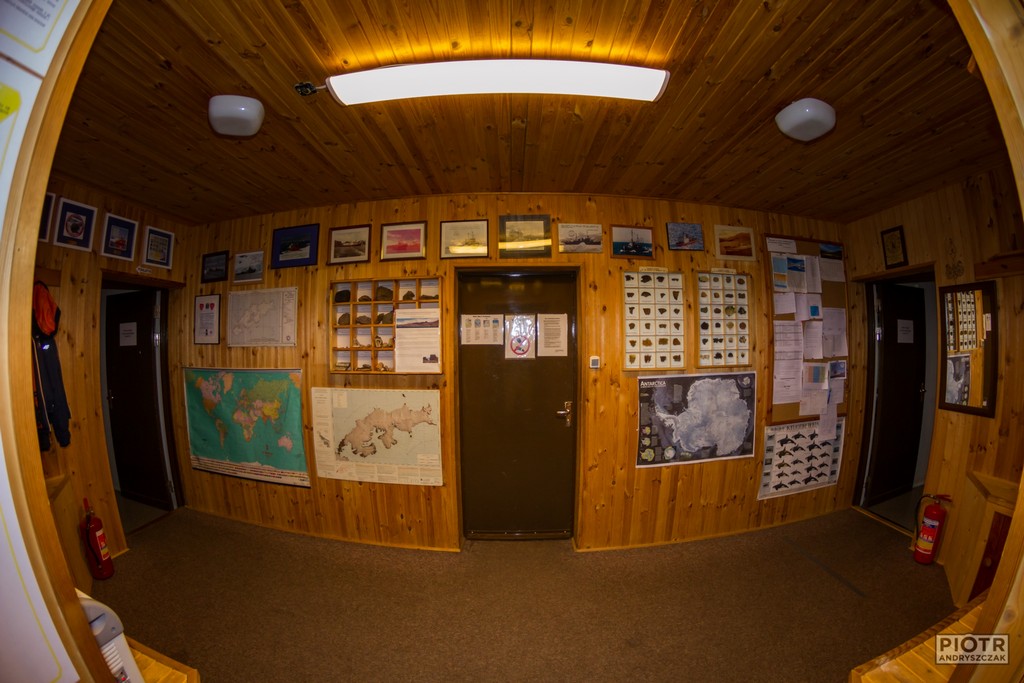 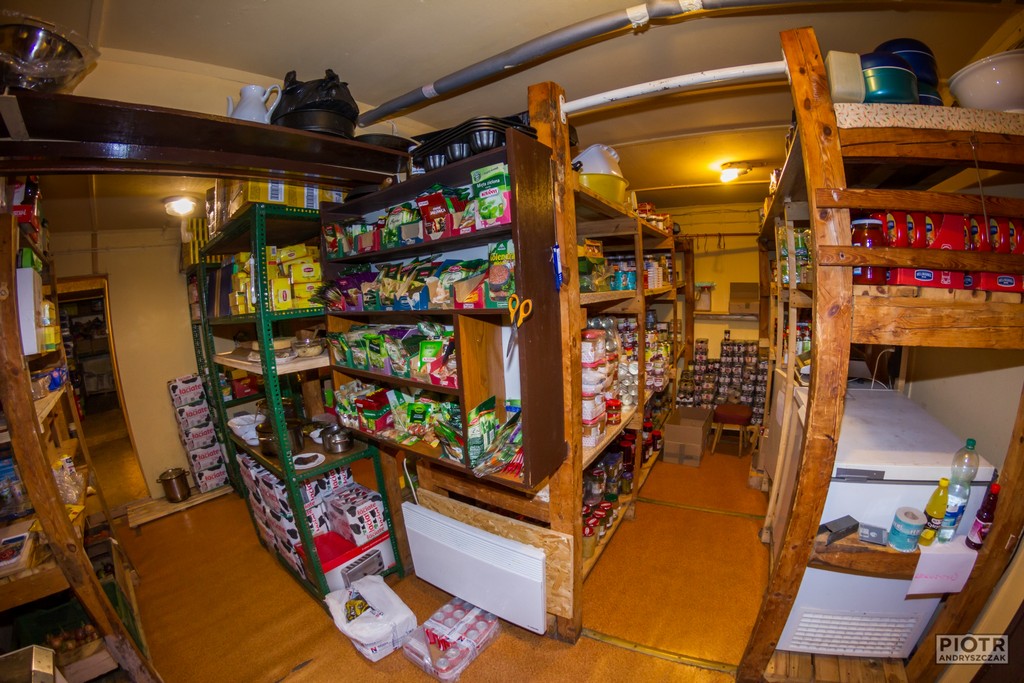 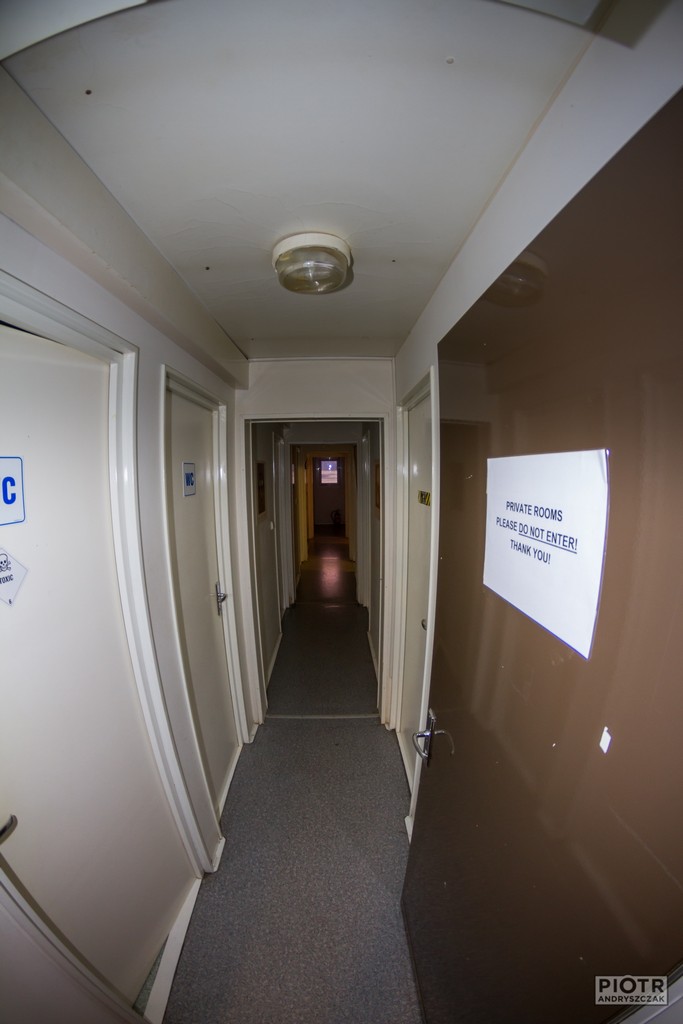 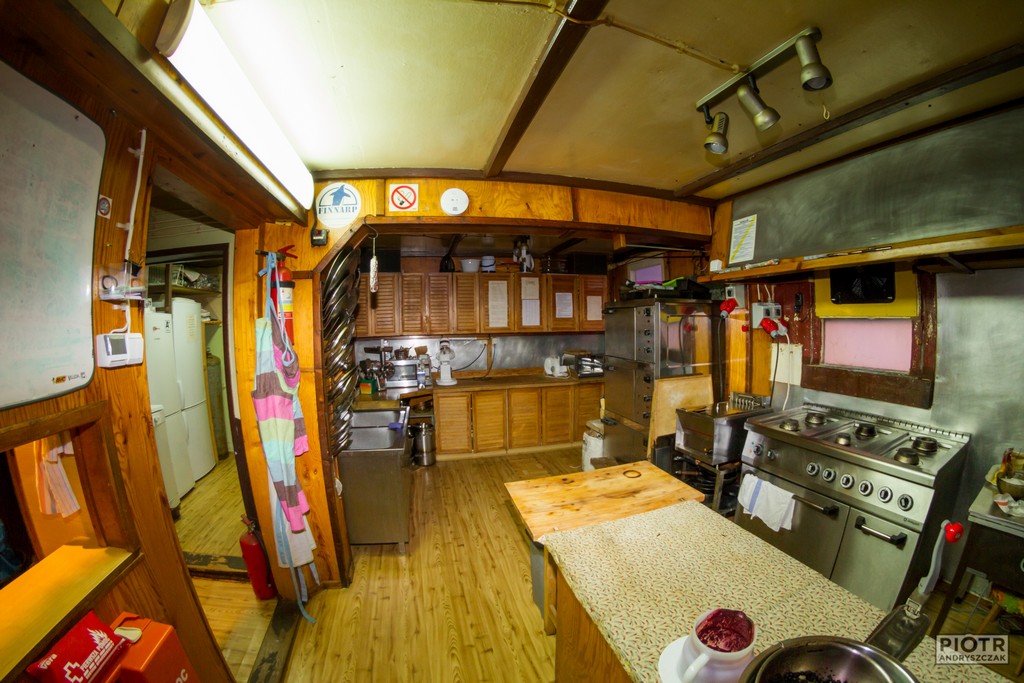 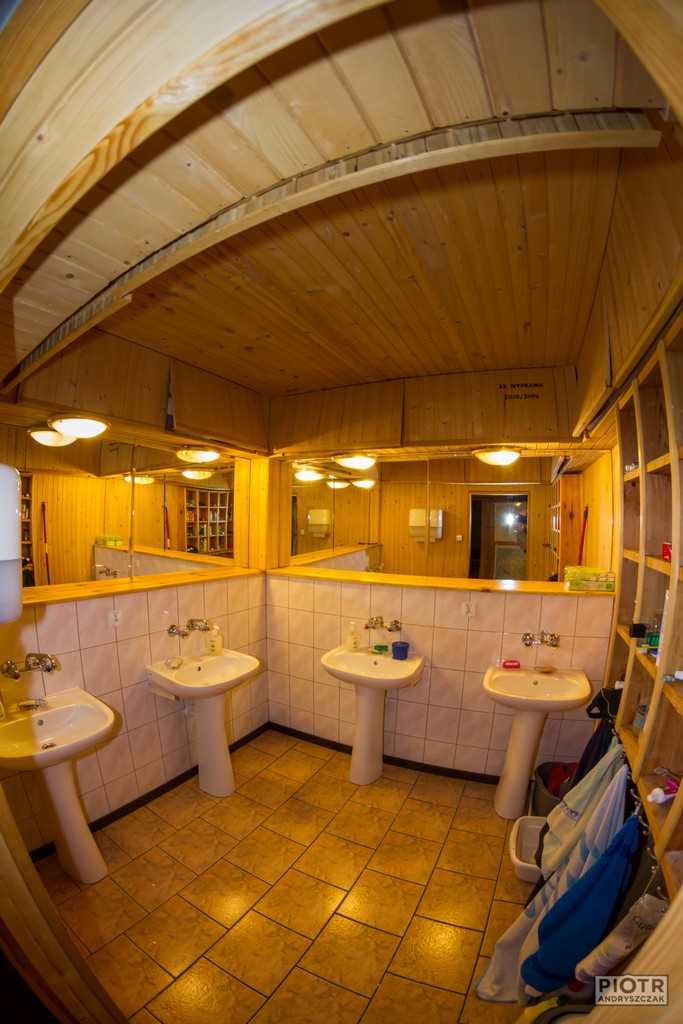 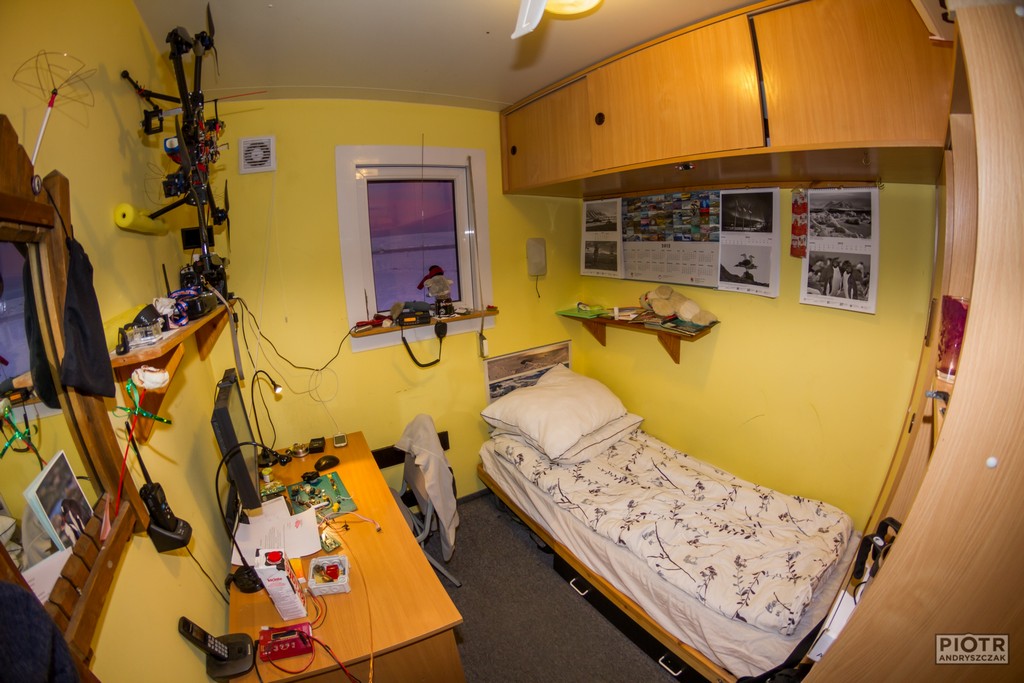 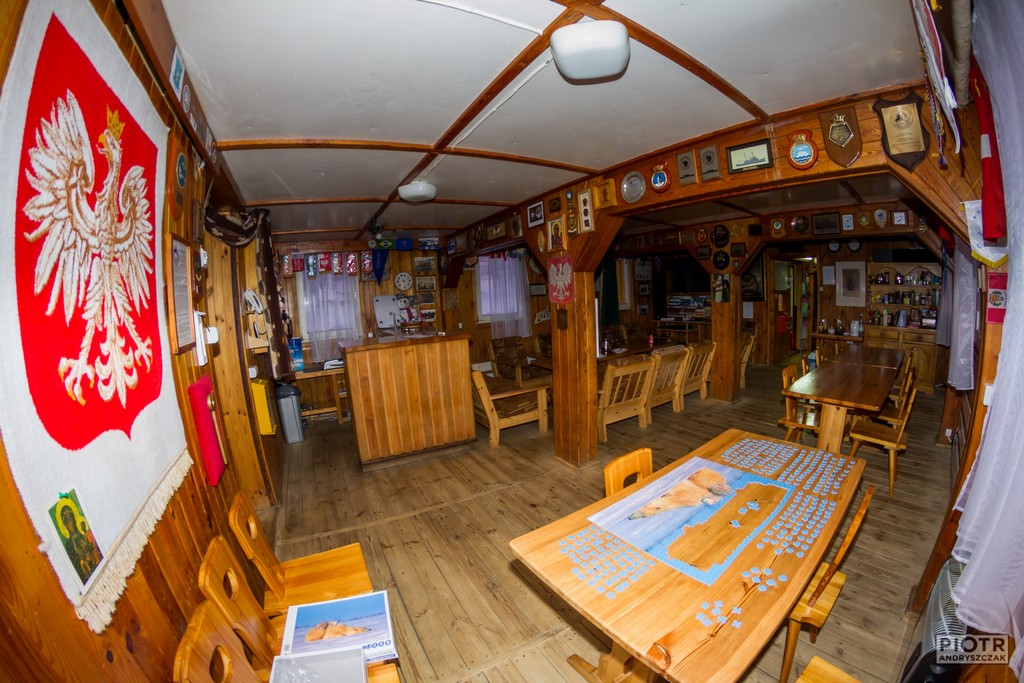 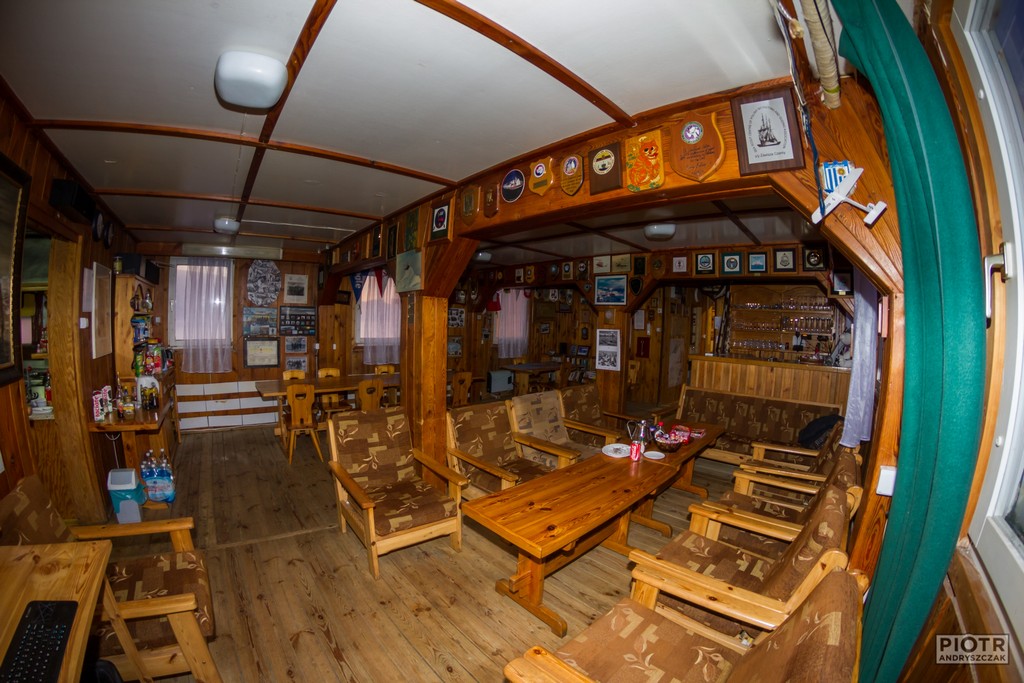 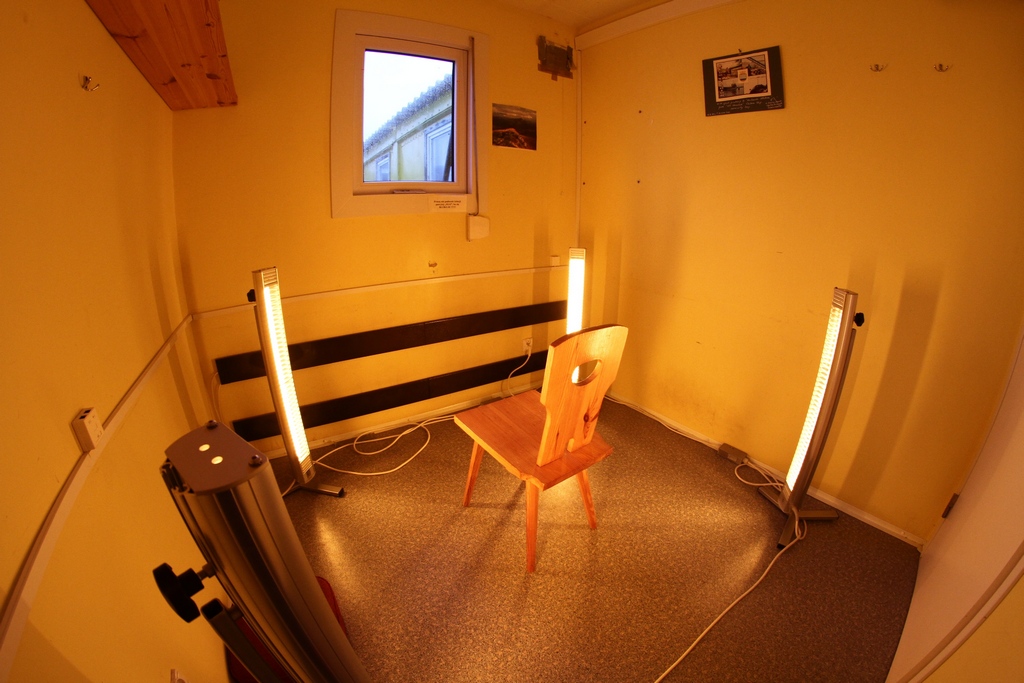 In addition, in the “Samolot” there are some technical rooms (formerly Iridium room – a satellite phone was here, now currently moved to the mess by Piotr in order to be better heard although we rarely pick up incoming calls (VOIP phone with Warsaw number is used more often) toilets, bathroom with shower, washing machine and dryer room.

You can get to the mess through the main hall, there is not very big room with access to the computer, printer and all the network devices.

There is a table in front of which we have meals and coffee table with armchairs which together with bar make a nice space to spend time in (the puzzles in the picture are the unique example of polar bears presence in Antarctica). There is kitchen and some storages with food – the rest of food is kept in containers. Alcohol is closed in separate room of canteen (the supervisor has the key) we ordered alcohol for our own needs in Poland what turned out to be a serious disaster to our pockets.

The building is made of wood inside, and there are some maps hanging on the walls, cabinets with mineralogical and botanical specimens and the pictures of individual expeditions in the mess. In contrast to those in Hornsund where all the expeditions were made in one picture, here most of the winterers preffered tablo with separate pictures of all the winterers (they were often unformal situations). We haven’t chosen the photo yet, but it looks like it’s going to be one common photograph.