The day before yesterday was a memorable event – by the courtesy of the Chilean Navy ship crew ATF Lautaro – yacht “Polonus”, which was mentioned in one of the entries before found itself in the waters of the Admiralty Bay.

Works on the yacht lasted practically just from the beginning of our stay at the station, which is from November. Part of the crew was sailing with us from Poland by the Polar Pioneer, and some joined in Mar del Plata.

The work on the boat required both a lot of physical and conceptual work and there were a lot of people involved, including our colleagues from the station. 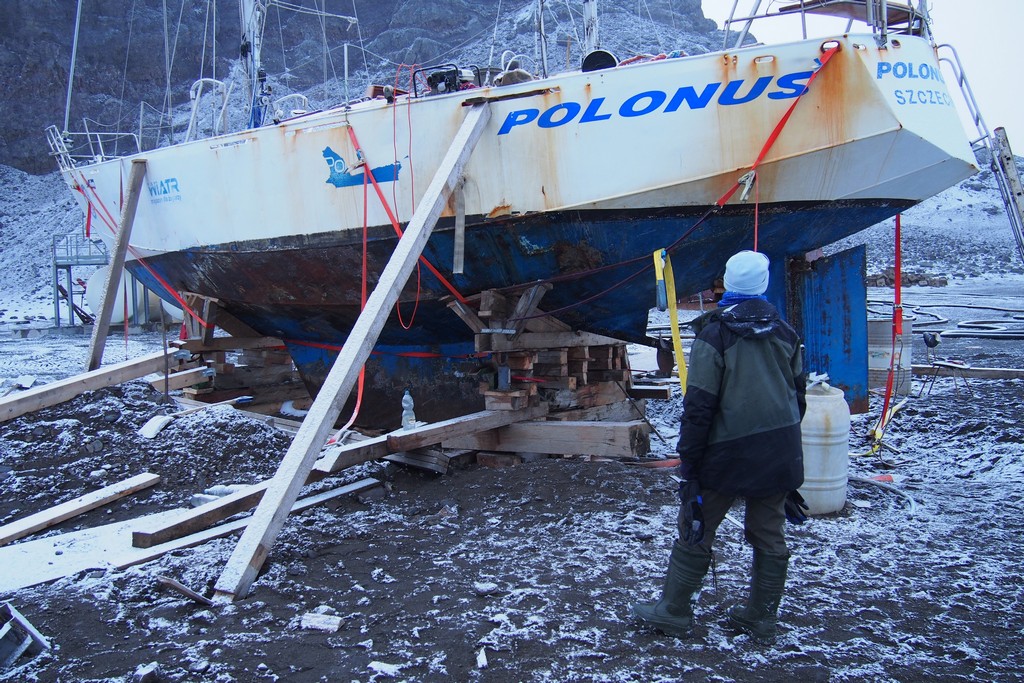 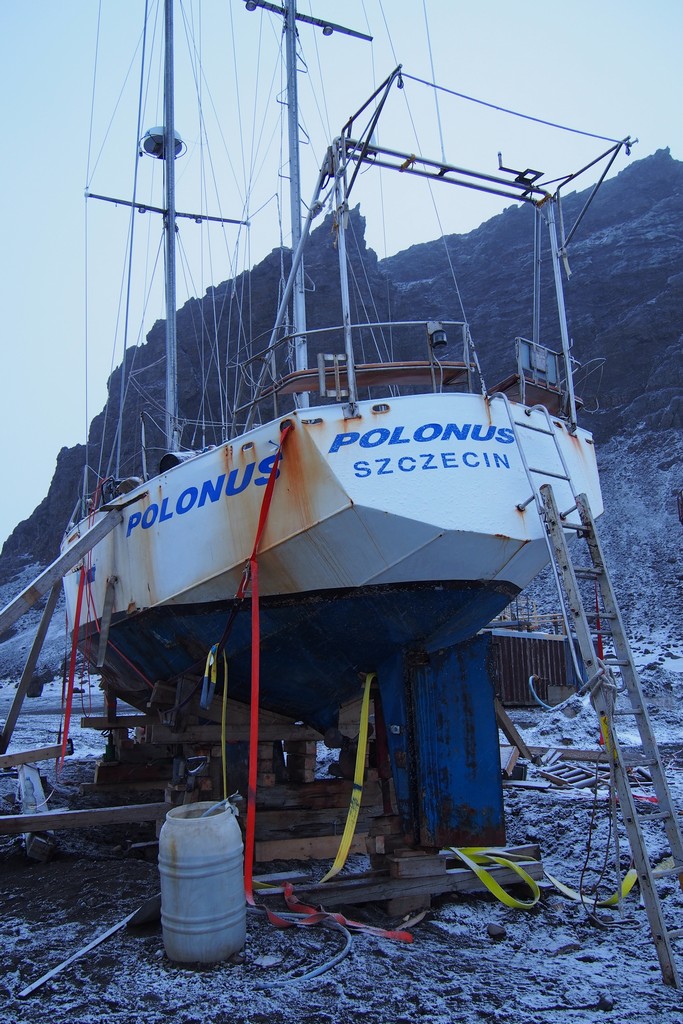 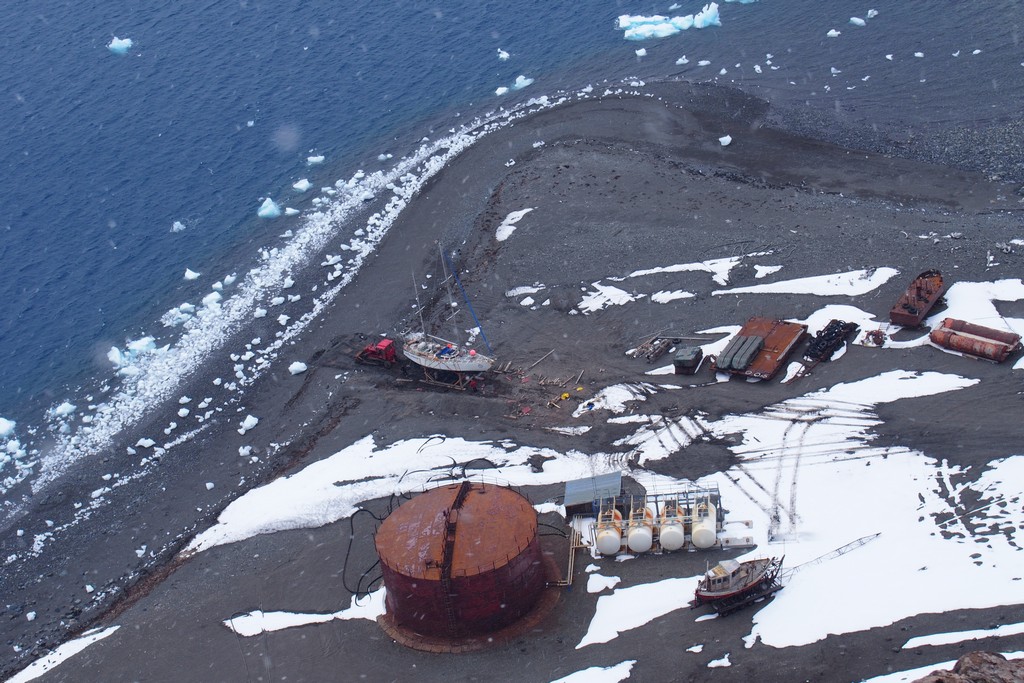 When the yacht has already stood  on a specially constructed wooden bed, we had to wait for high tide and the support of local ships, when it turned out that “Polonus” will not be pushed into the water and we had to help it.

Help sailed in the form of a ship of the Chilean Navy ATF Lautaro, which pulled “Polonus” by rope on the water. It started at 9:30 and at midnight the boat was already at anchor in the bay and we could see its light from the windows of the station. 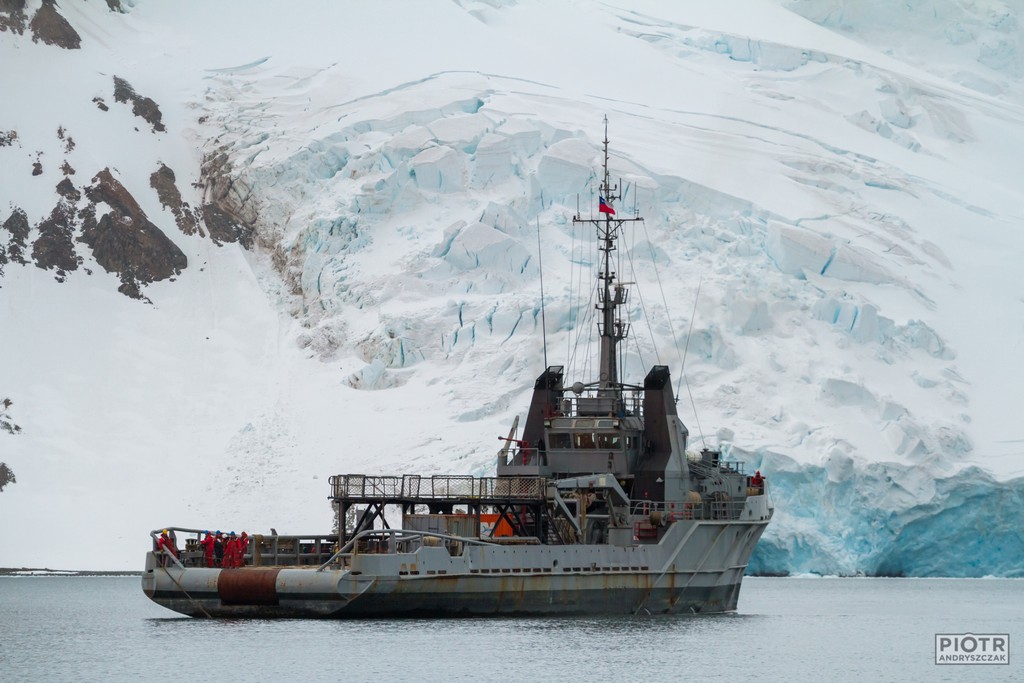 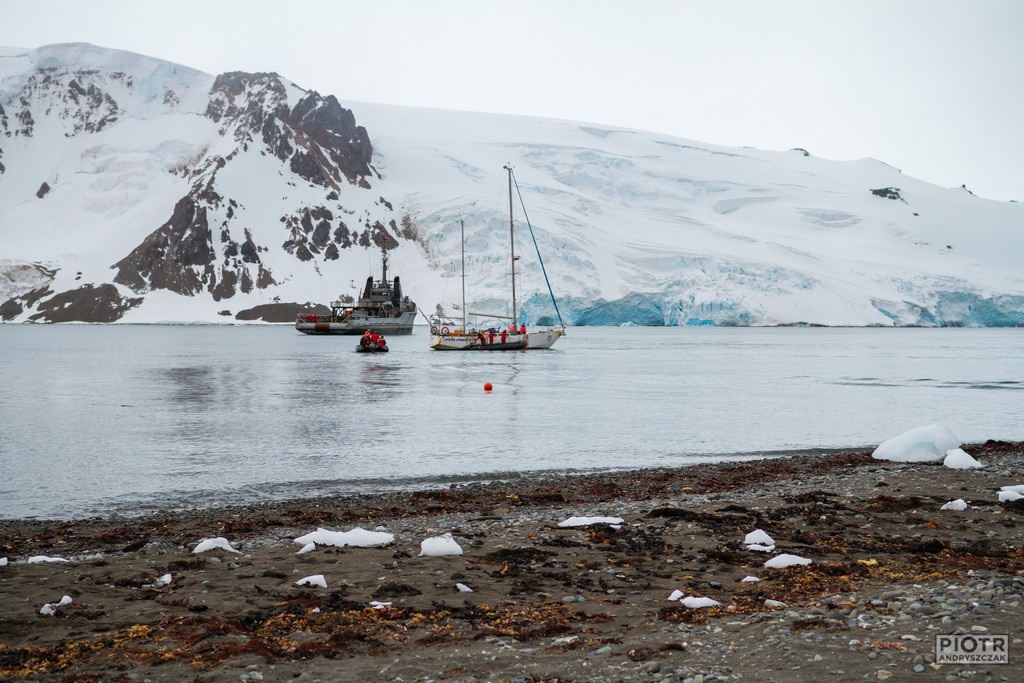 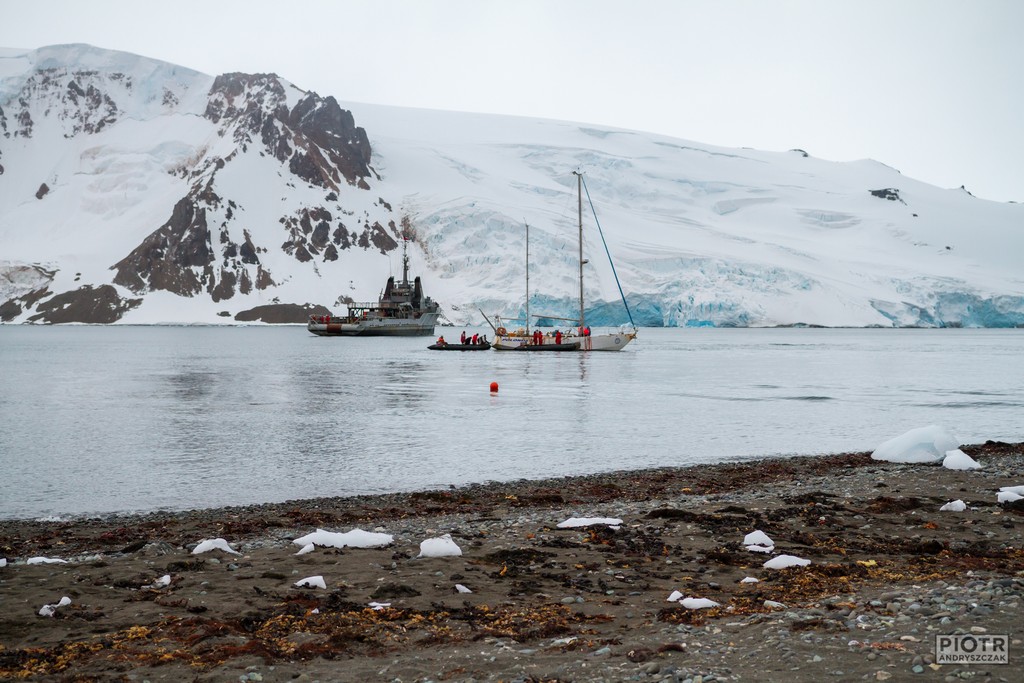 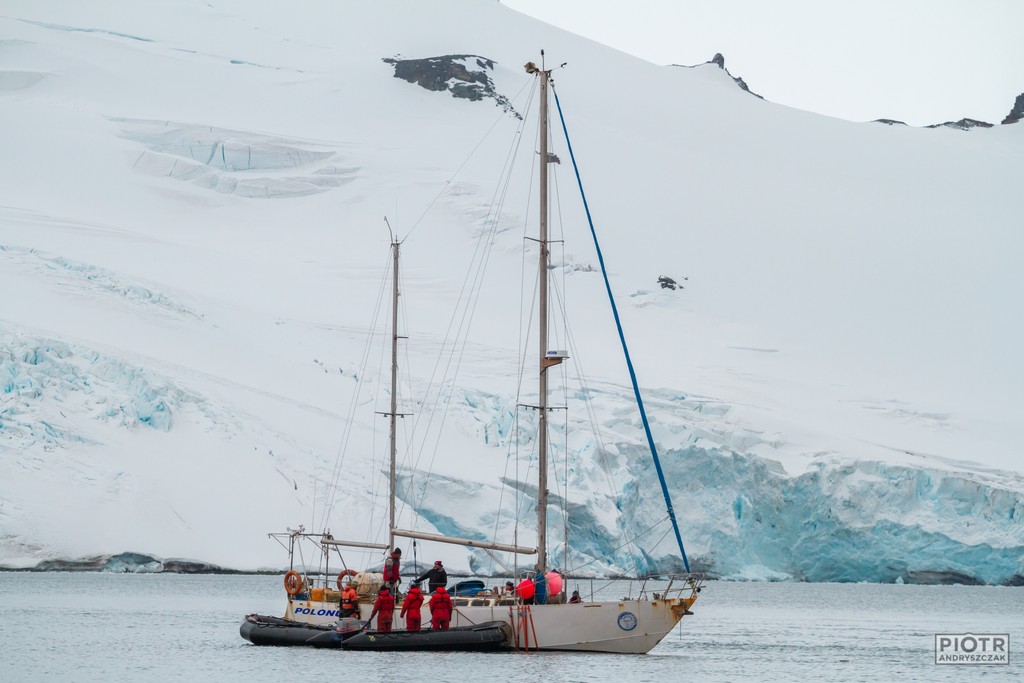 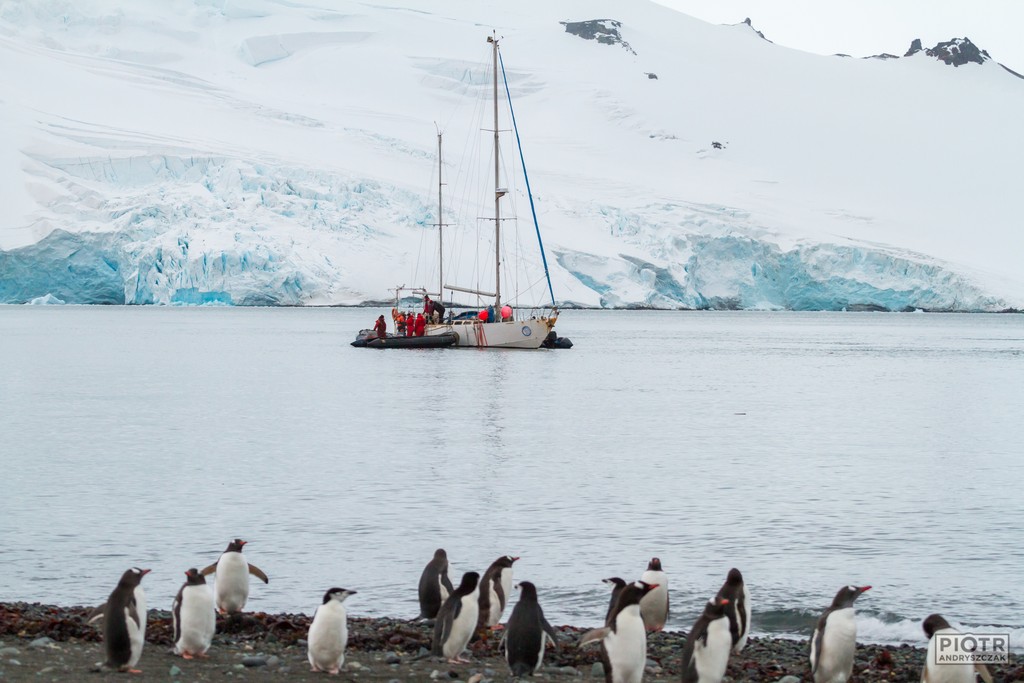 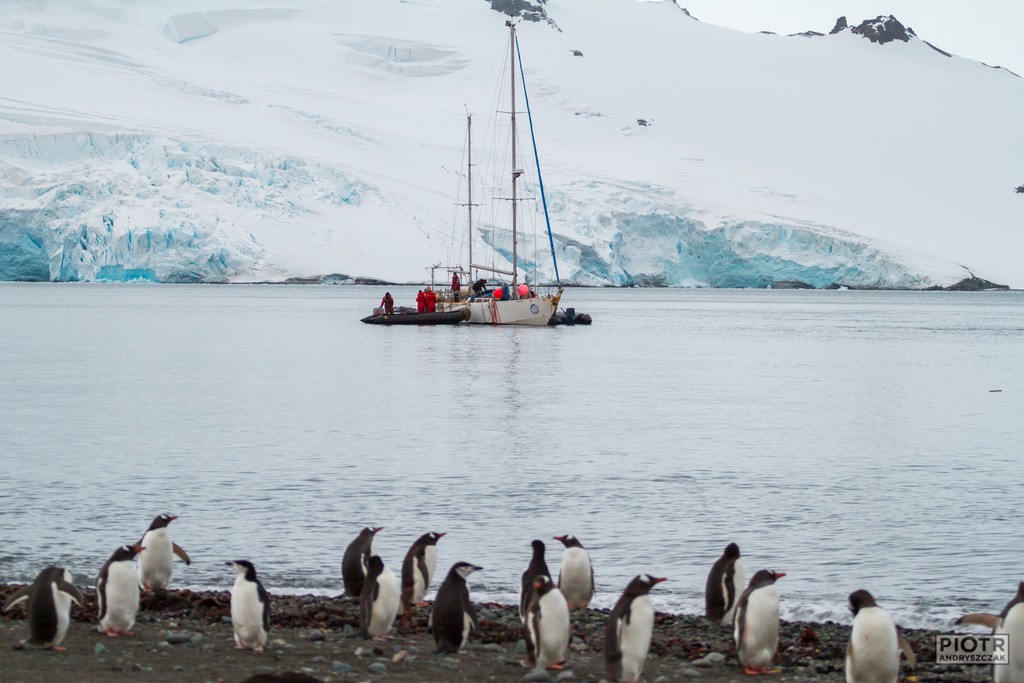 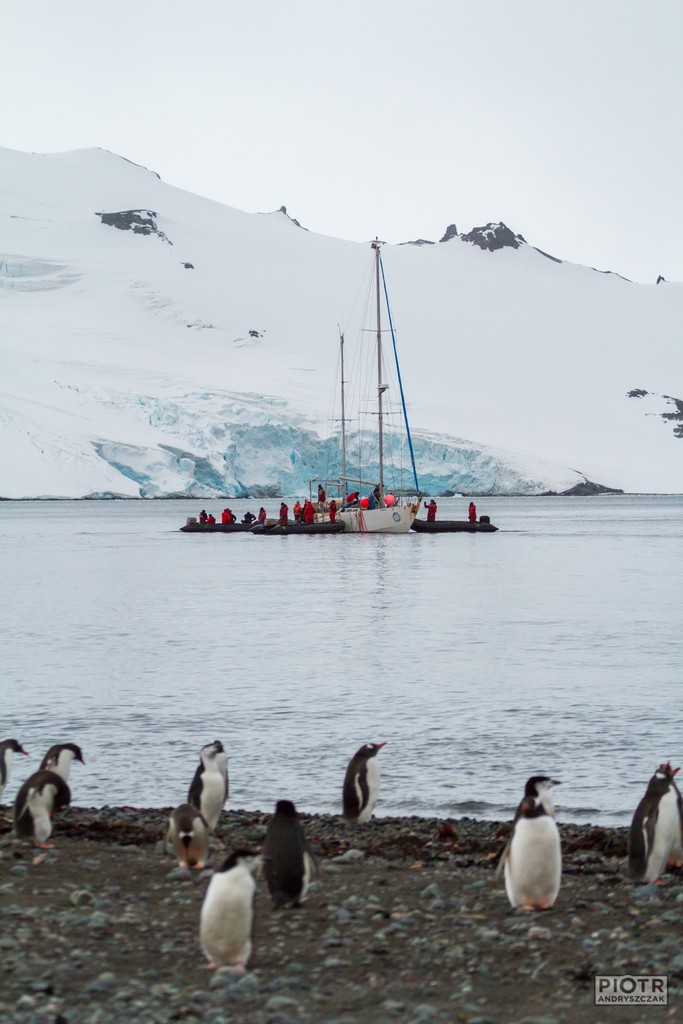 Here is a short video of the action immortalizing the most important moment:

Update 18.01 At the request of a colleague Janusz, we enclose a video showing the moment of “Polonus” sailing out from the Admiralty Bay: