Typical point in the background of Arctowski station, when you are looking from the side of bay is a small peak called Point Thomas (173.5 meters). Especially, it engages at the night, when the light is visible.

Everything is due to a working radio transmitter on marine channels, who is working there, continuously for several years. Because of it, we have possibility of communication with a lot of other stations on King George Island, our zodiacs, which have drained in a further part of bay or with friends in terrain. The calling stations is often heard: Great Wall (China), Artigas (Uruguay), Carlini (Argentine), King Sejong (South Korean) and Frei and Escudero (Chilean). It played a role in communication with Demay Point and Lions Rump.

Whole matter is in summarize a  retransmission of  our conversation from the high situated place, which is the Point Thomas, what provides a great signal propagation on long distance. Thus a bigger range of the antenna, which is located directly on the roof of station.  The retransmission works in “Airplane” as also in a building of power generators, there are some radiotelephones, which are programmed to work by retransmitter.  Unfortunately, we cannot use a hand – held radio, which are always by you, to this.

A walk on the top lasts about 15-20 minutes, supposedly not high, but the view is beautiful: 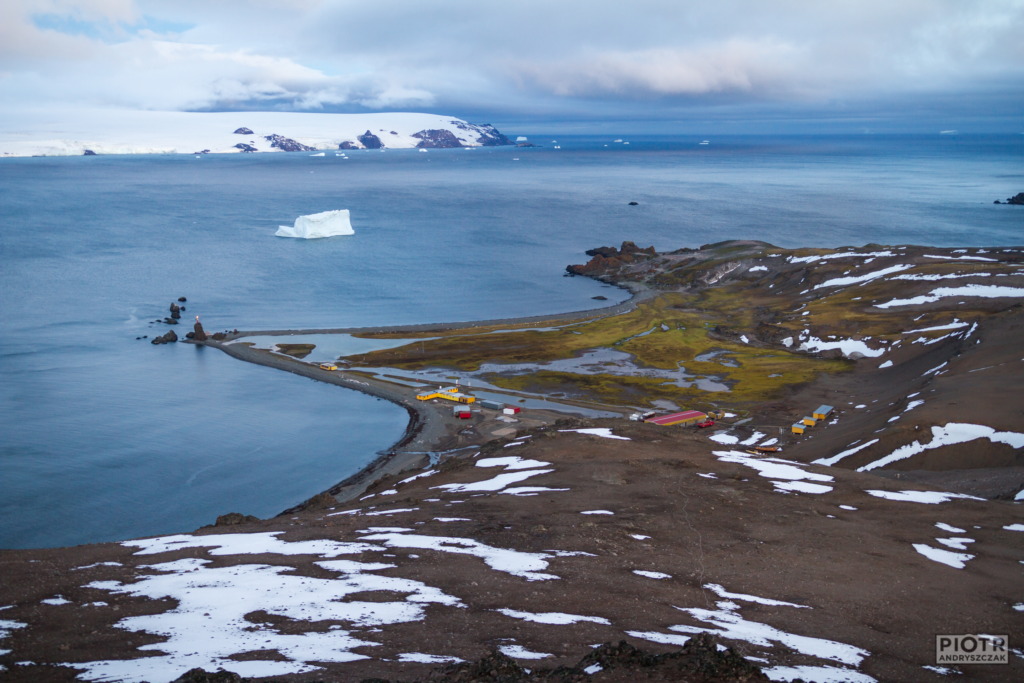 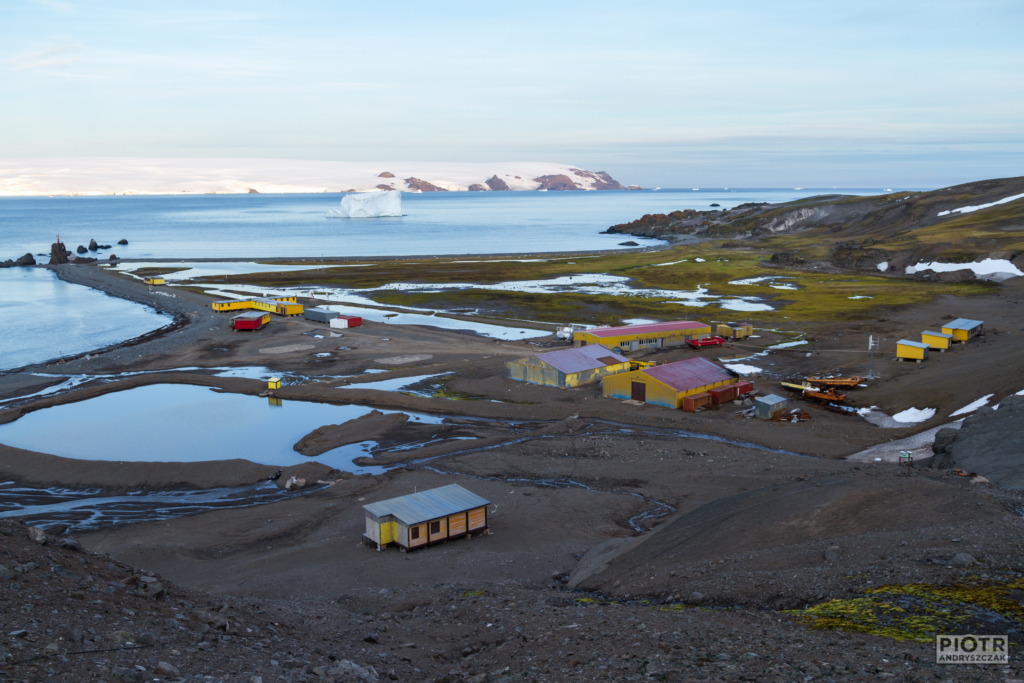 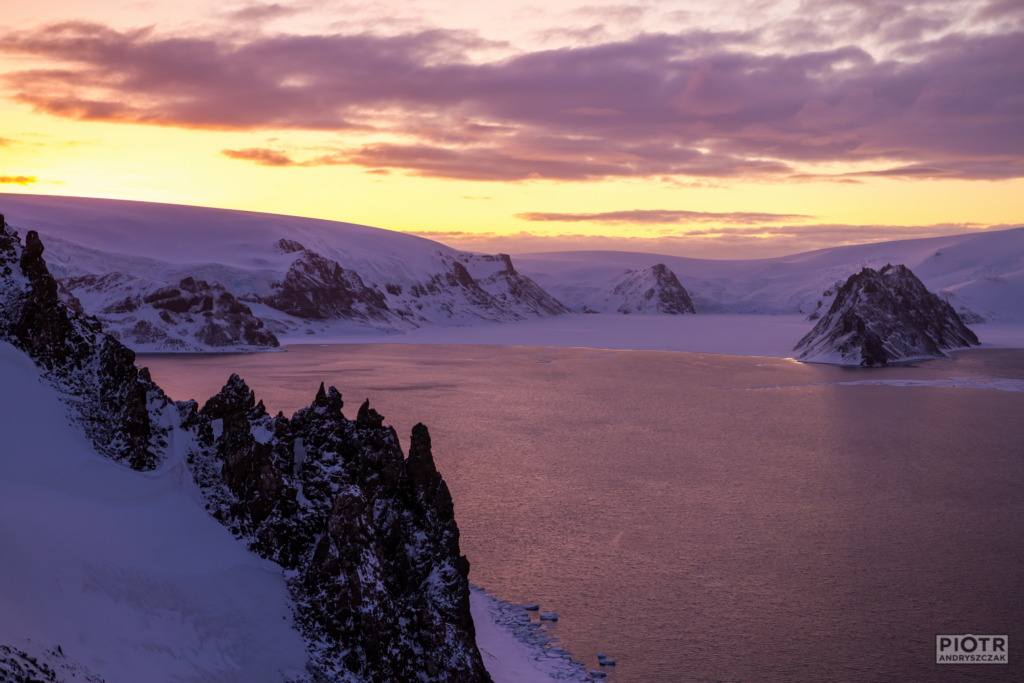 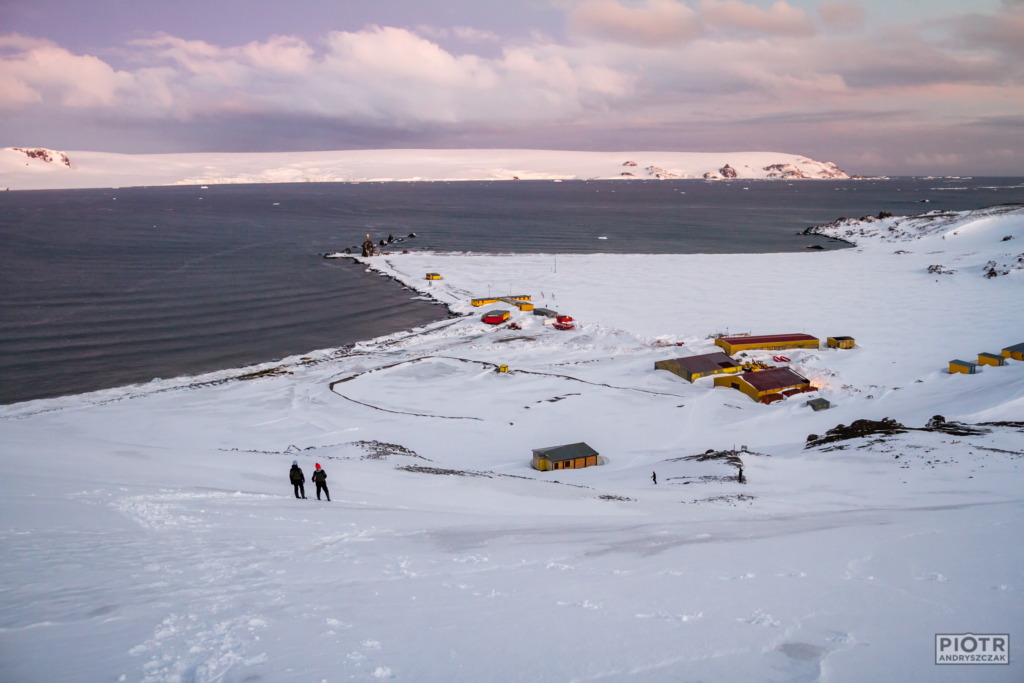 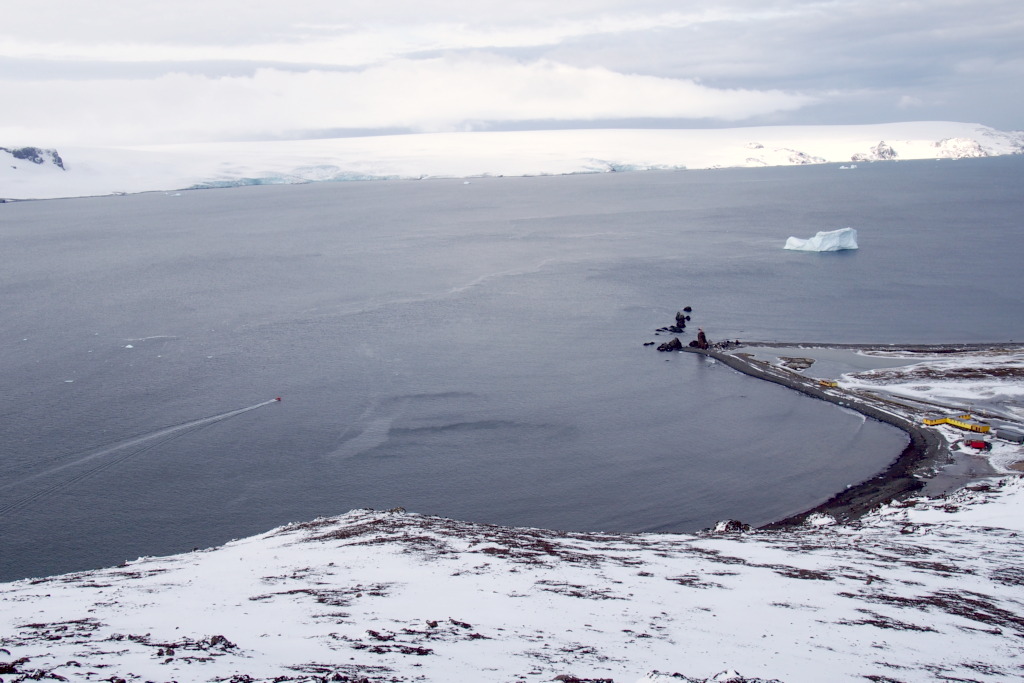 The snow encourages to  turning from the top, what we have already tested with Marta at the beginning 🙂

Sometimes, it is necessary to do some works at transmitter, as a test over antenna in order to improve a communication with Lions Rump: 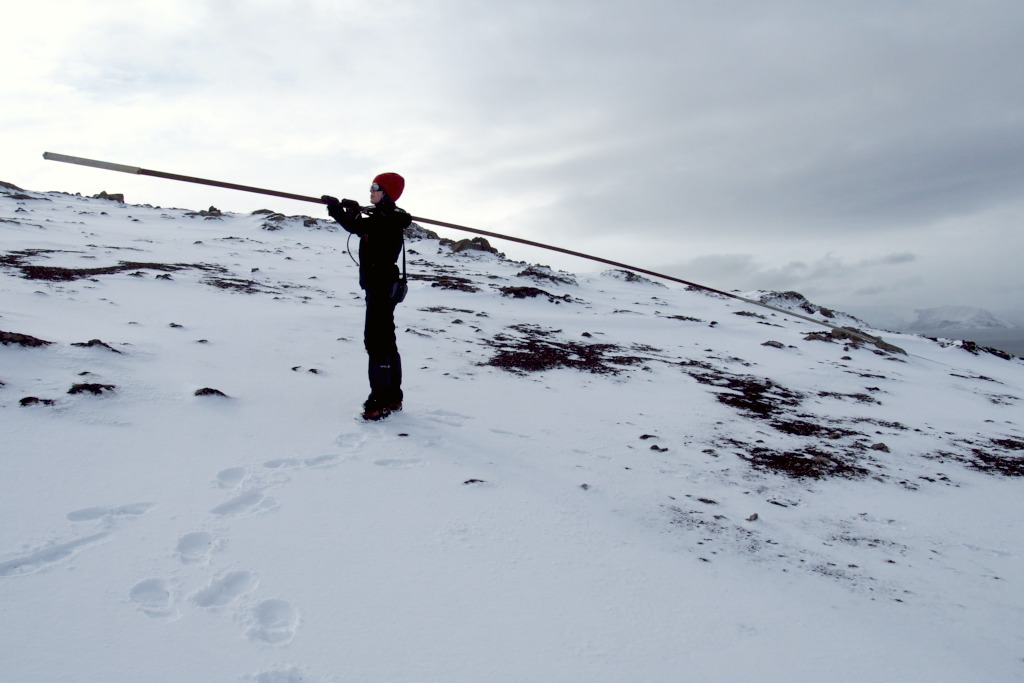 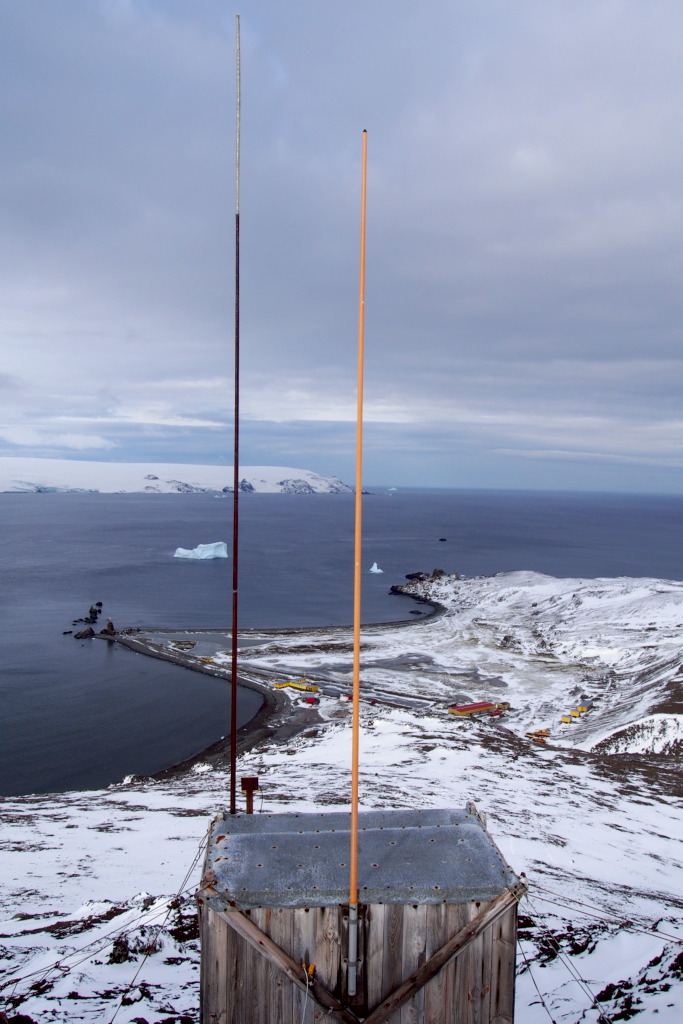 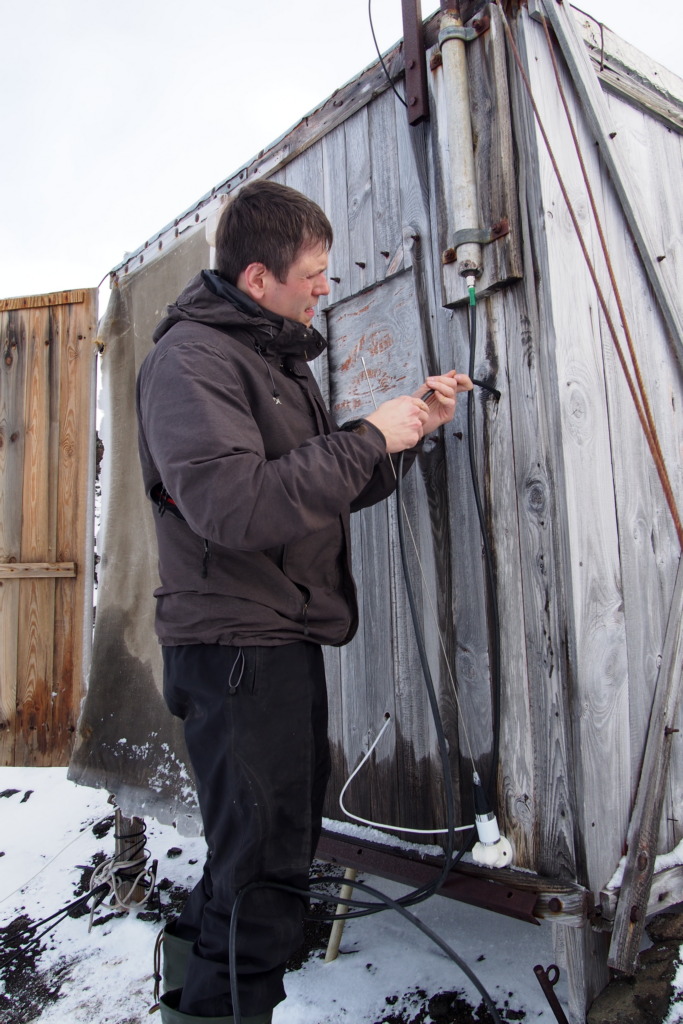 This brown on the left, was raised together with Dagmara, which wasn’t so easy, because it has a length of 7 m.

Finally a photo of Point Thomas at night: 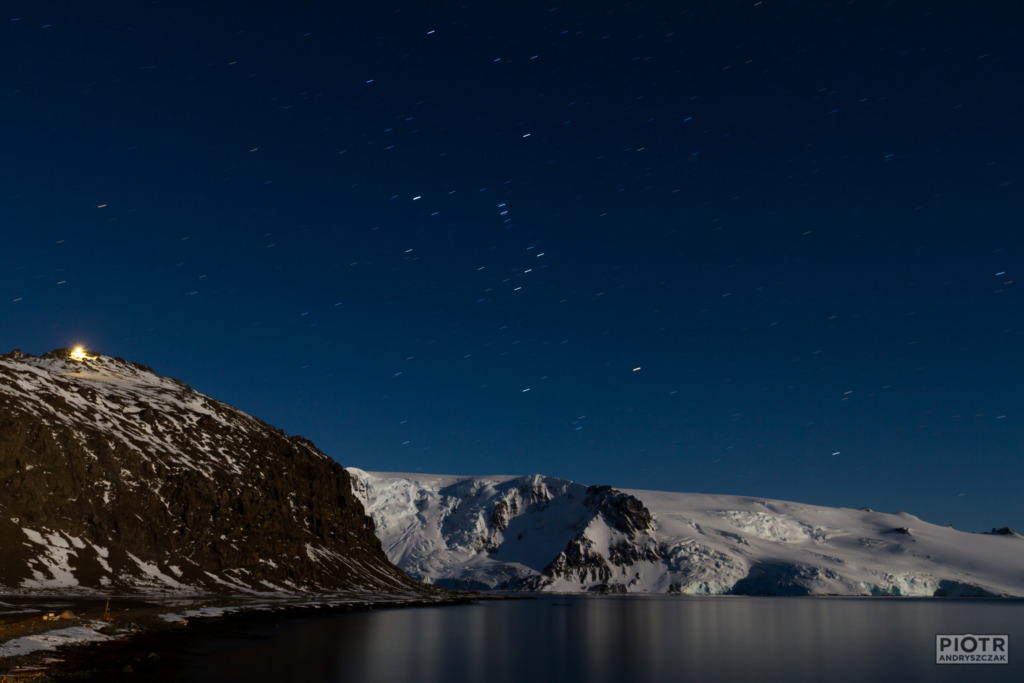 A luminescent point is visible from the Ferraz station and they asked not even once, what it is 🙂