And finally the time came, for Piotrek – his 34th birthday anniversary, which we celebrated on the 21st of April, once again fell in incredible place. On this occasion, it couldn’t miss home laws, which graced this special moment.

A speech, of course, about nut cake with coffee cream, whose  recipe is passed by generation to generation. An aunt Grażyna, who as probably one of few people, can bake this cake, and because of her age and lack of culinary successors, was worried about this delicious tradition, but some time ago, she could breath calmly. Piotrek took the recipe, and for every time this honey comes off, exactly like the recipe is telling.

A walnut cake graced my birthday in Hornsund, and at now, it has gone to the next polar station; Aunt can be proud. Inter alia because of such details, we are feeling here like at home, carry on the habits which we are used to in Poland.

But before we baked a cake, there was a fundamental problem – how to grate nuts without having  a proper grinder? But, in the end, the stations usually get on people, who can make something out of nothing, Piotrek used the rest of old machine and cordless screwdriver. An effect was more than satisfactory, and the meringue came off. 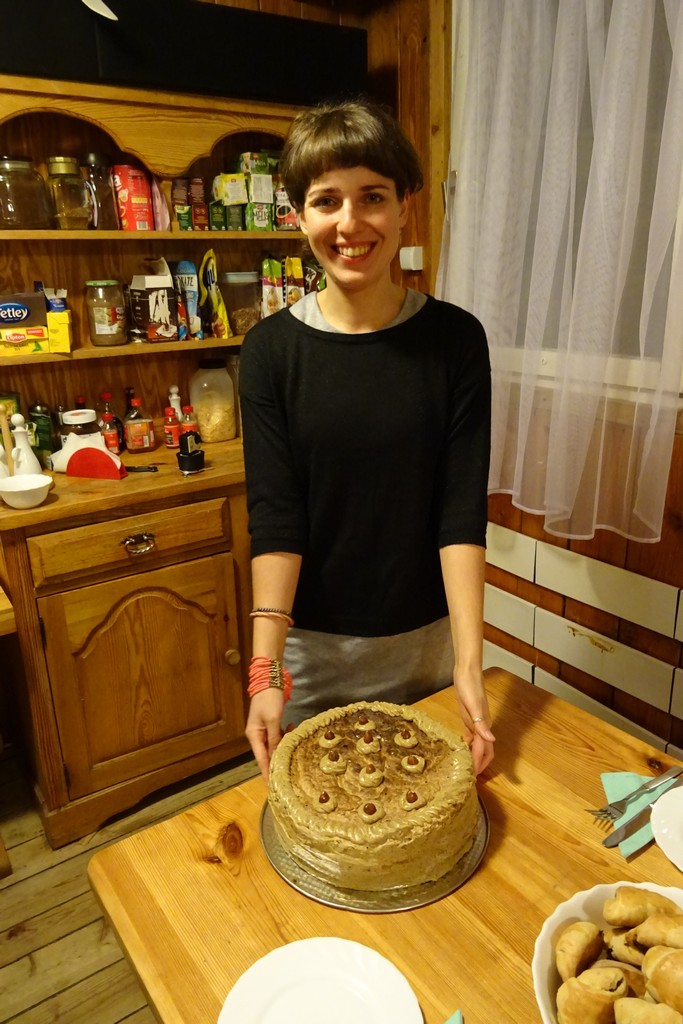 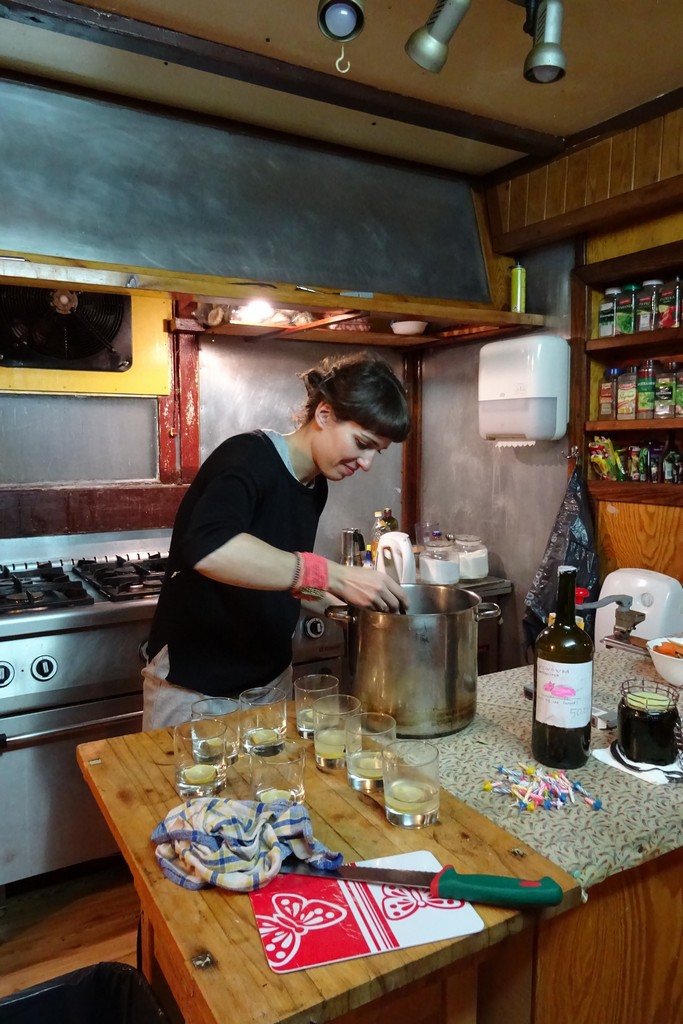 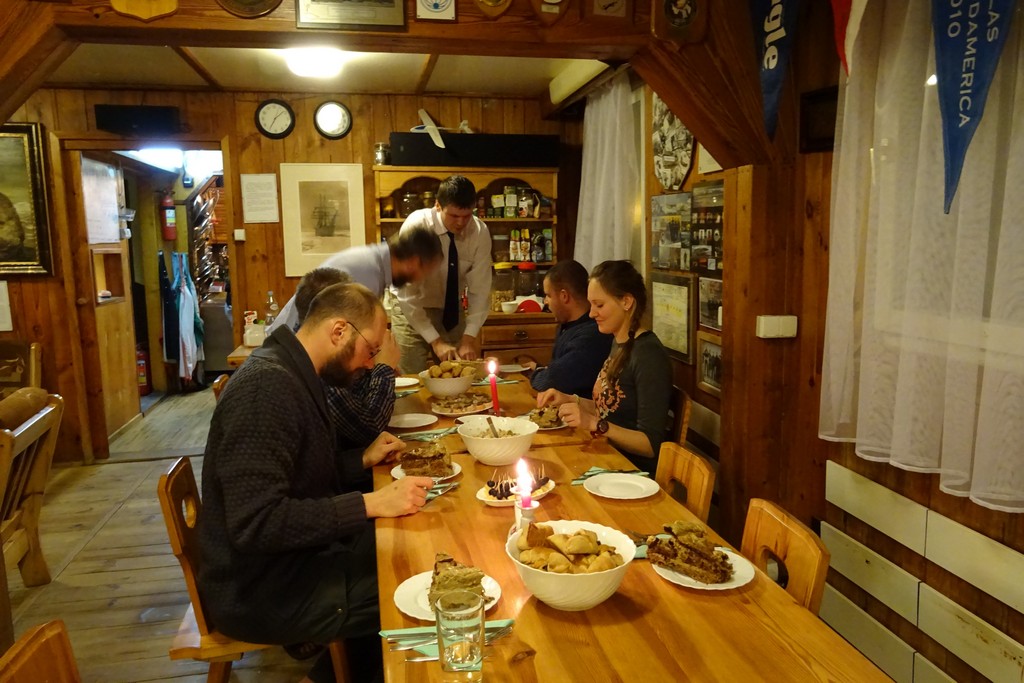 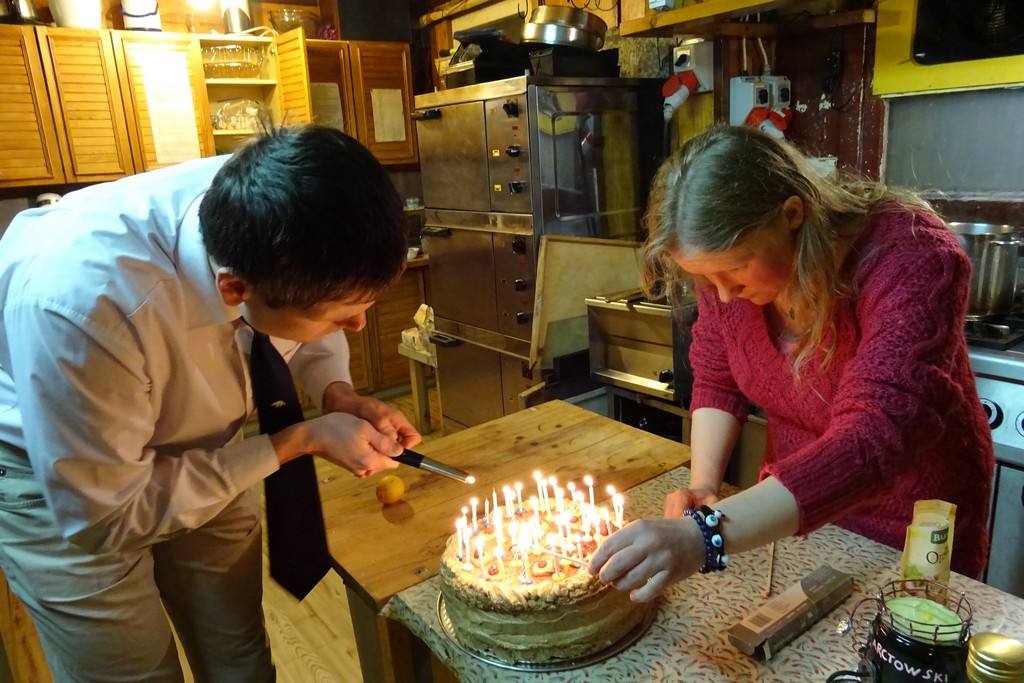 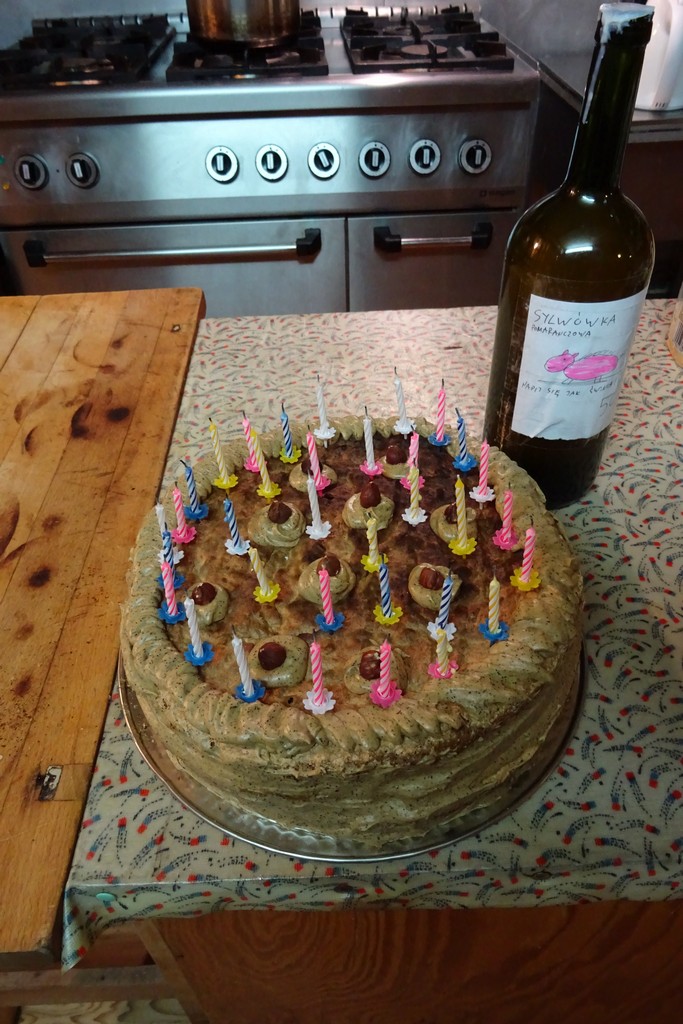 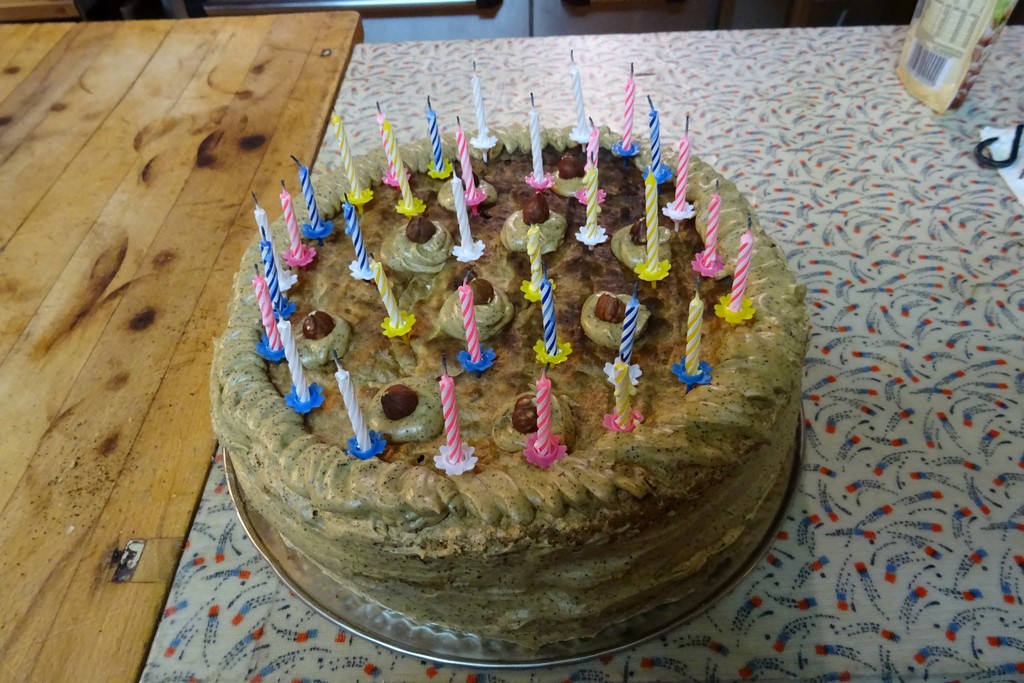 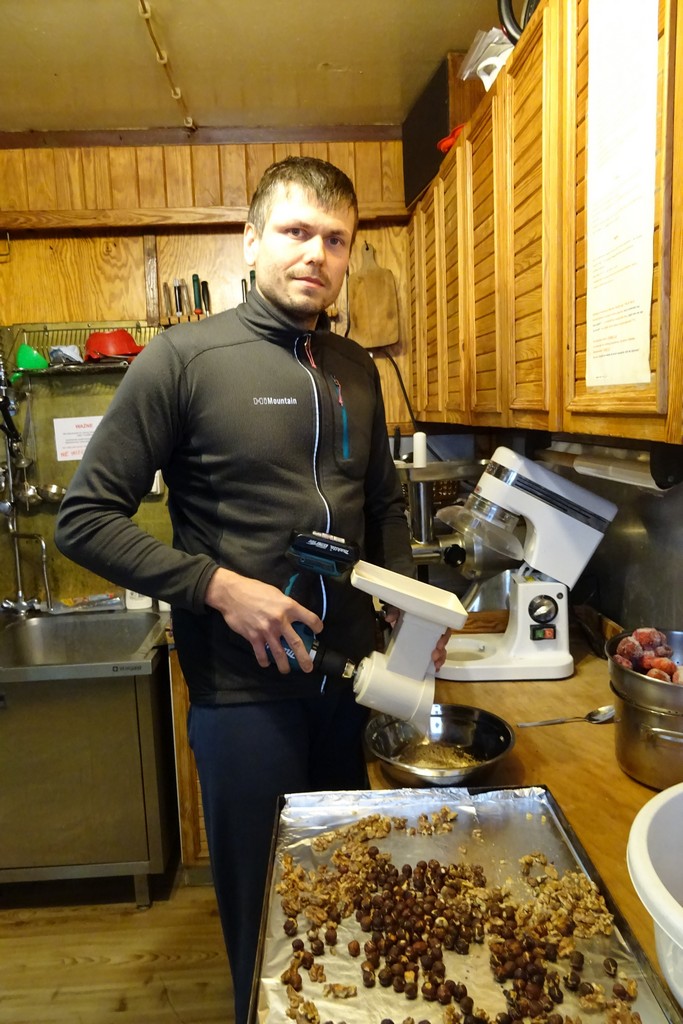 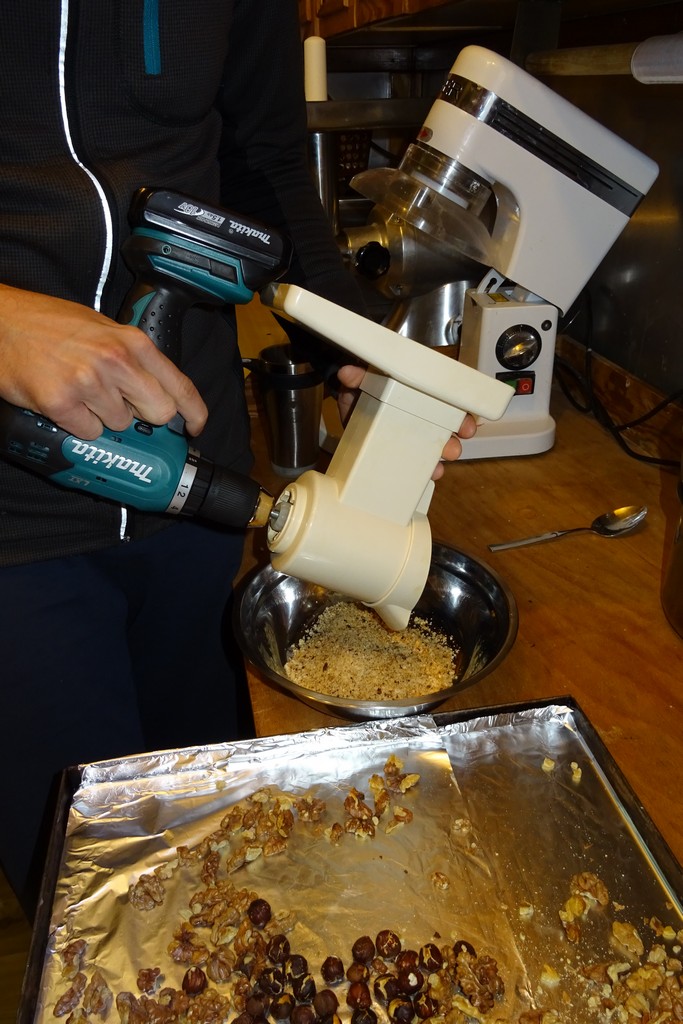 As a part of gift, I managed part of our friends to make a movie with greetings (it is a heroic decision, because not everyone likes being recorded or speaking anything to the microphone), what was an extremely nice touch for a both of us.

But Sylwek, our medic and local craftman, rised to the challenge again and made little model of our fuel tank from all junk, which were possible to find (it is called the art of recycling) – the effect was great – and he “produced” a bottle of famous “sylwówka”. This time in light version, because it has only 40 % of an alcohol… but foreign researches will remember it for sure, they spent  Summer with us, and Fatima, a doctor of the Brazilian Station Ferraz still doesn’t want to hear about it.