When summer’s visitors left, we had once again to order  our daily timetable. Except normal duties, it has become a duty, which every winterer must hold in turn, that station could function normally.

The duty lasts 24 hours. It starts  about 7 a.m. with preparing breakfast, which we eat at 8 o’ clock. Expect this duty, to prefect duties belong cooking dinner, which is served at 2 p.m. (the supper is prepared by everyone on its own). This part of duties gave people of winter group sleepless nights, who were worried, how they manage with not so well – known culinary art (the chef works in Station in summer time, so most of people didn’t have to worry about that).

Concerns proved unnecessary, because everyone is doing reasonably well, so we are not hungry at now. Sometimes somebody burns something, spill, doesn’t salt enough, but we aren’t particular and with unwritten rule, we don’t complain about food (everyone cooks what can and likes) As you know from previous post, there is a new secular tradition of saving menu on whiteboard in the kitchen.

Expect it, every of prefects in the day has to clean something – exactly this, what the quota of duties, which hangs on the corkboard in corridor decides about that.

Stocks of food in the form of dry products, juices, canned preserves and jars of preserves are located at the back of plane. On the other hand, when somebody dreams about white cheese, pork, carrot or cod, has to go shopping to container, where the icehouses are, which keep the temperature of -20°C and everything is elegantly frozen. Sometimes, when the weather don’t spoil, a going out for frozen strawberries or chicken can calmly rate to extreme sports.

We have got the second container, there a temperature is keeping on level of +4°C. In the Summer there were fresh fruits and vegetables, but not, there a few chests with potatoes and onions sadly lie. Well… life.

With so rich supply and grateful group of consumers, it begs to develop culinary passions. Because of it, part of people bakes cakes, breads leavened or make fruity yoghurts.

The second part of the duty (it was done only, during the Summer) is a midnight vigil in the hall of units from 9 p.m. to 7.30 a.m., where one or second unit works by turns to generate electricity power for entire whole station. Expect the control if there, e.g. is no oils leakage, we check controls of heating pipes or level of water in the tank with drinking water. Prefect has at his disposal a so – called “Cieciówka”, where can use a computer or make a tea to survive a night. When something will fall down or will break, there are heard strange noises, everything is standard dropping on Puchalski.

“Looking at diesels” like this activity was called in the summer, it is an endless source of motivation for different jokes, not saying about topic “how units work” is the one of more important during everyday conversations. Fo shizzle my nizzle – without electricity, we can’t calmly pack ourselves and wait hoping to be evacuated by helicopter, which is not so sure, because the winter is coming.

The duties look very similar in the station in Hornsund. One difference is that, there is no duty on units (these are located in a separate building near the station with machine shop), but is a full midnight vigil at the radiotelephone, what needs constant seating or napping in the mesa (keeping communication with the station belongs to prefect duties).

Today Piotr is on duty, so there will be a good dinner for sure 🙂 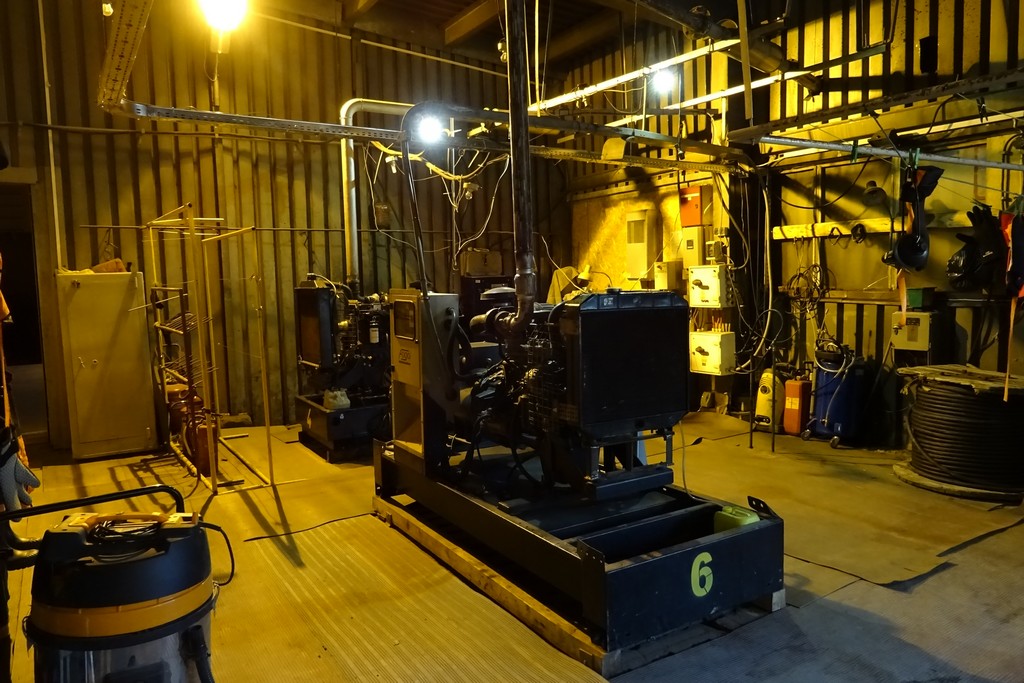 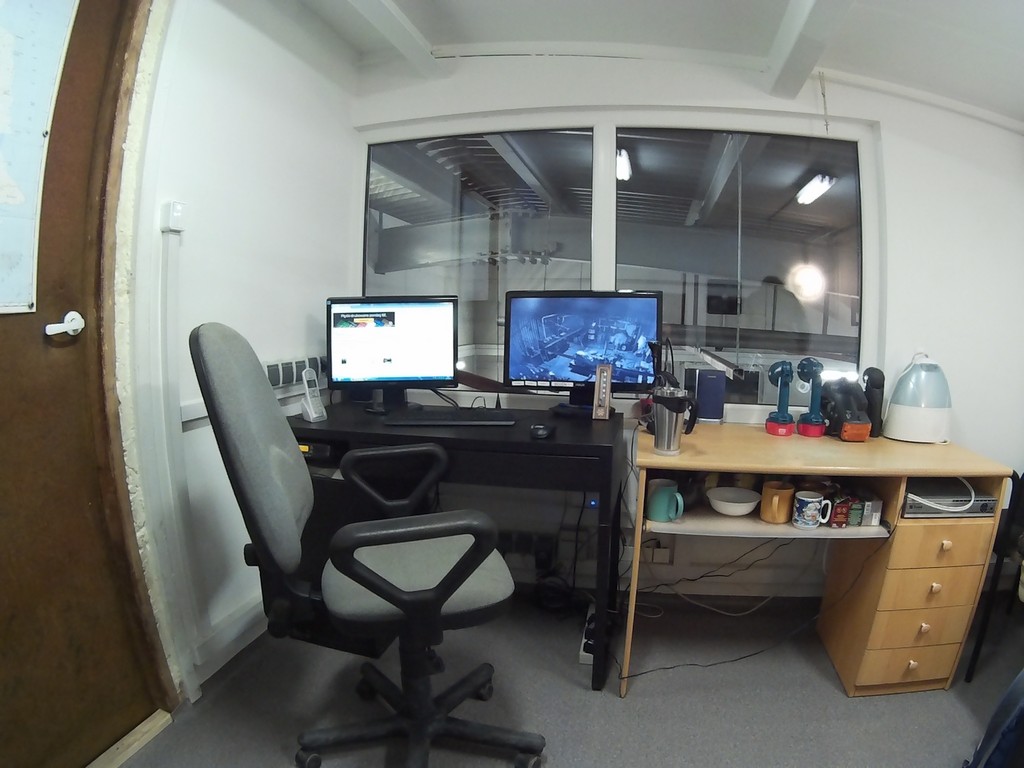 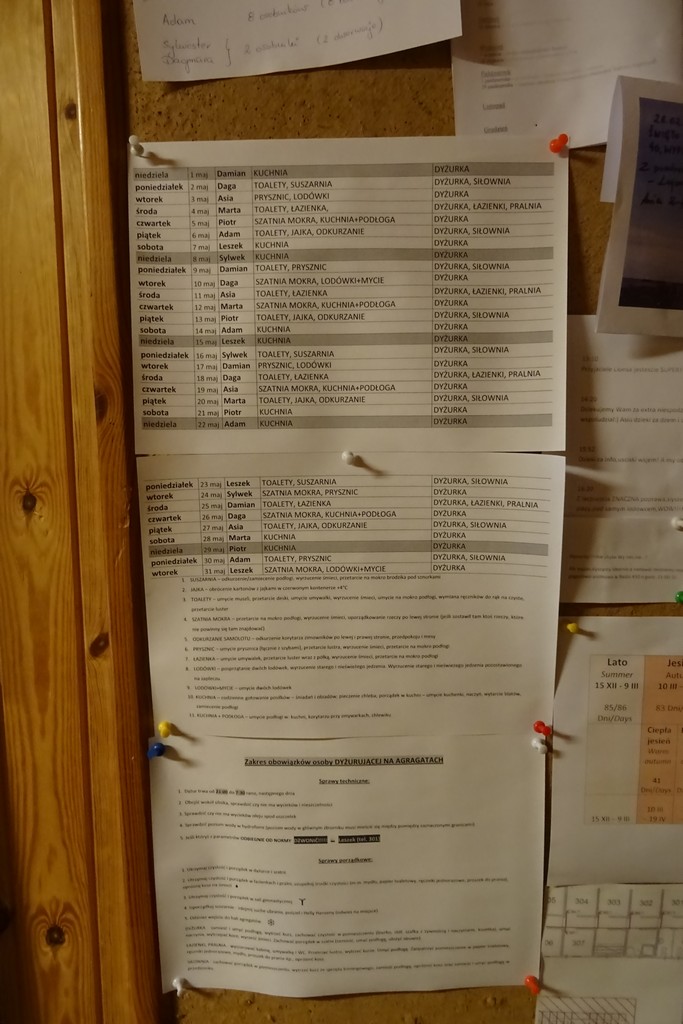 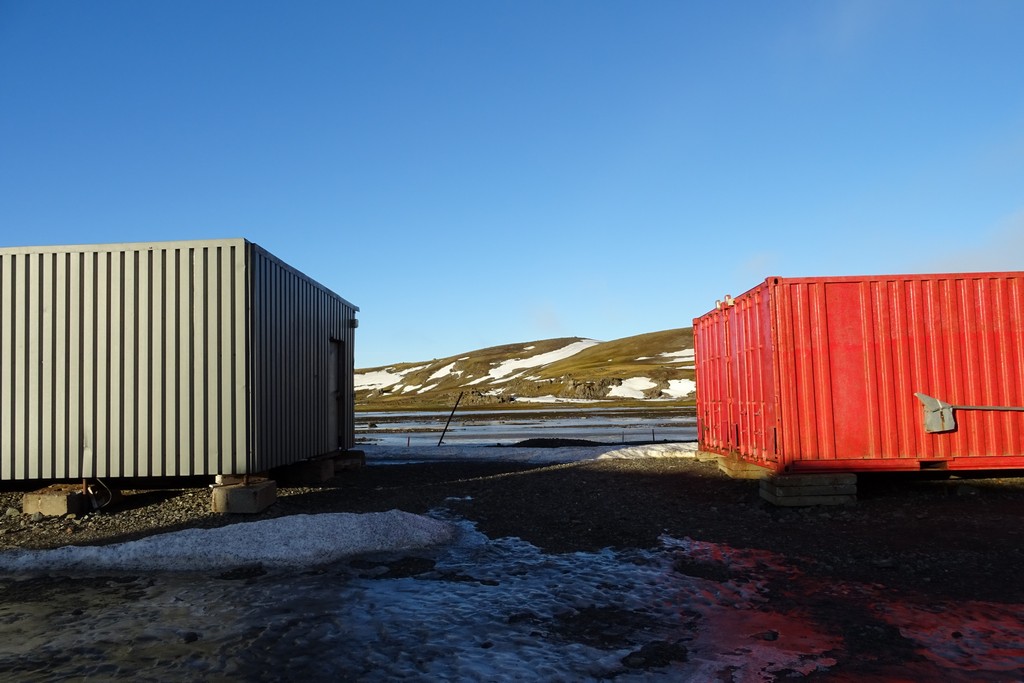 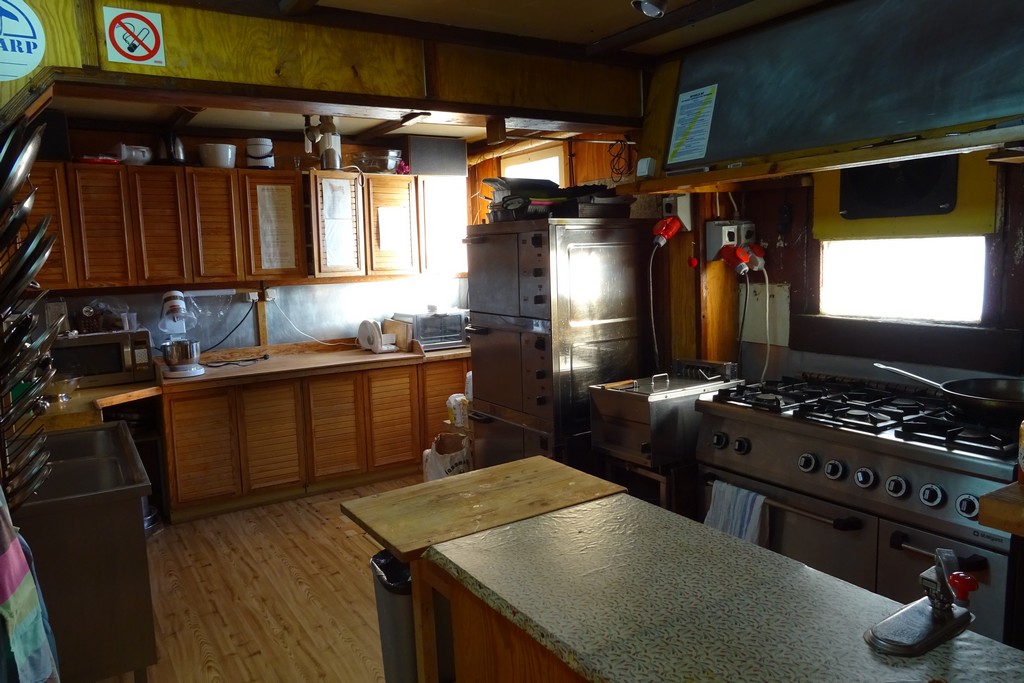 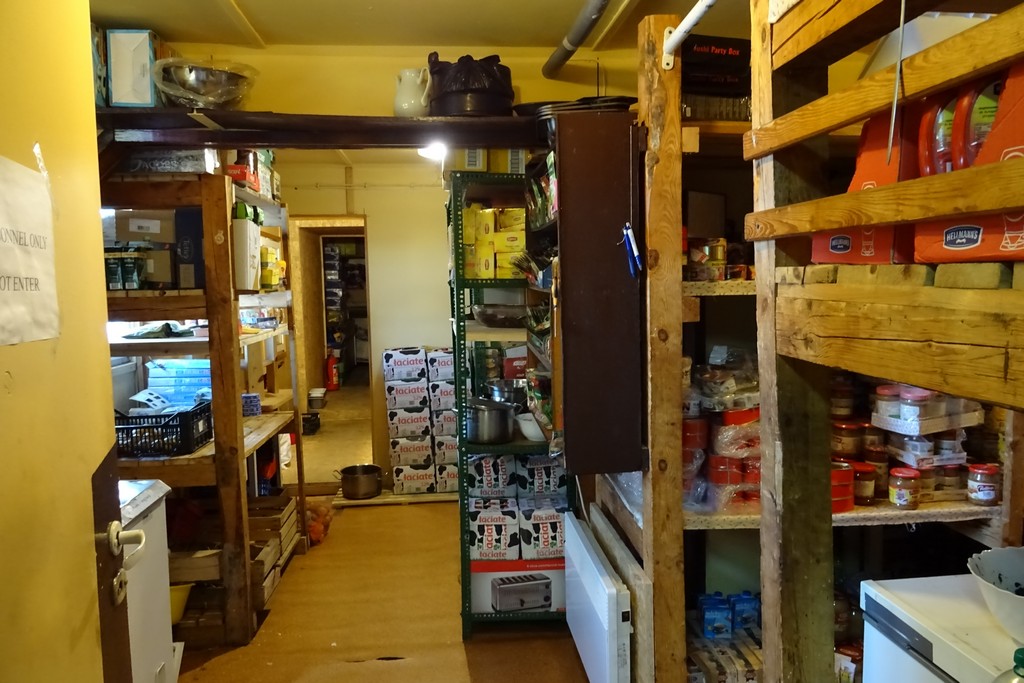 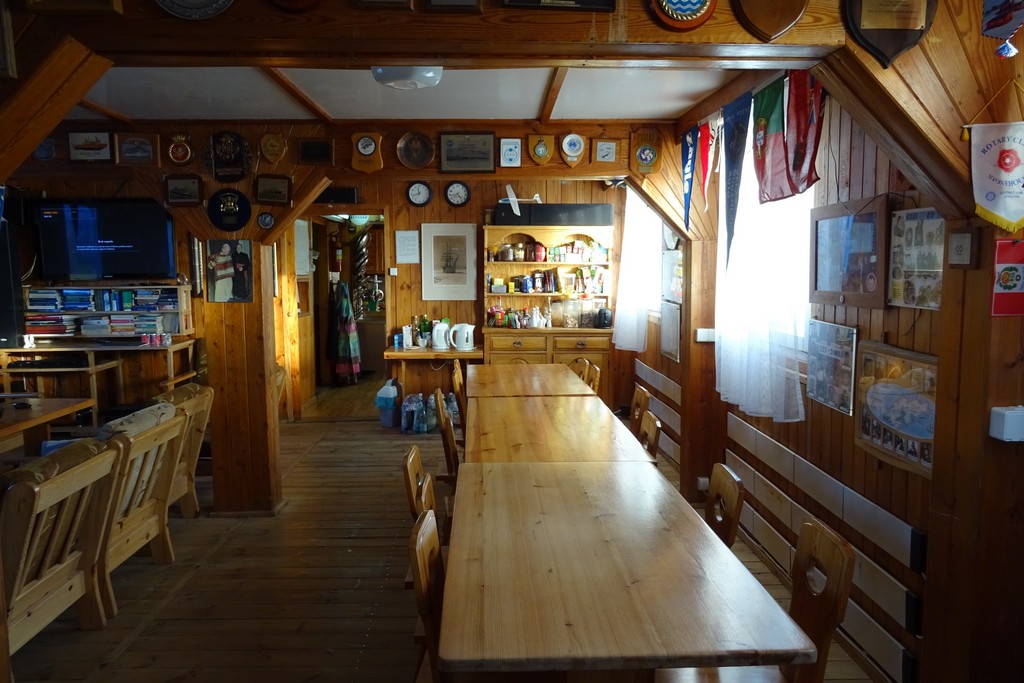 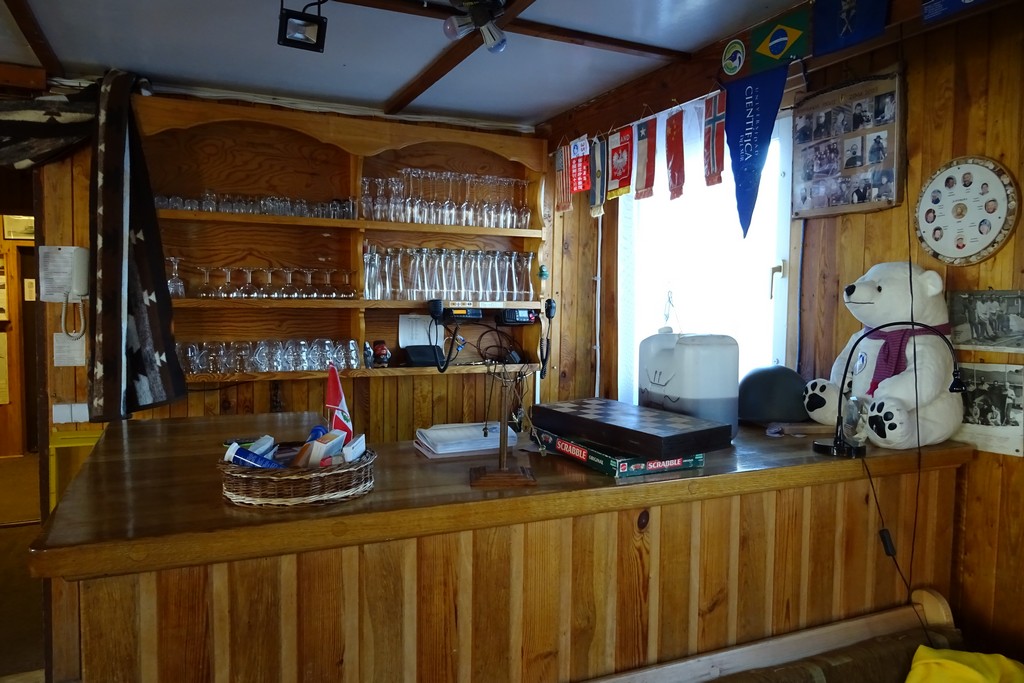 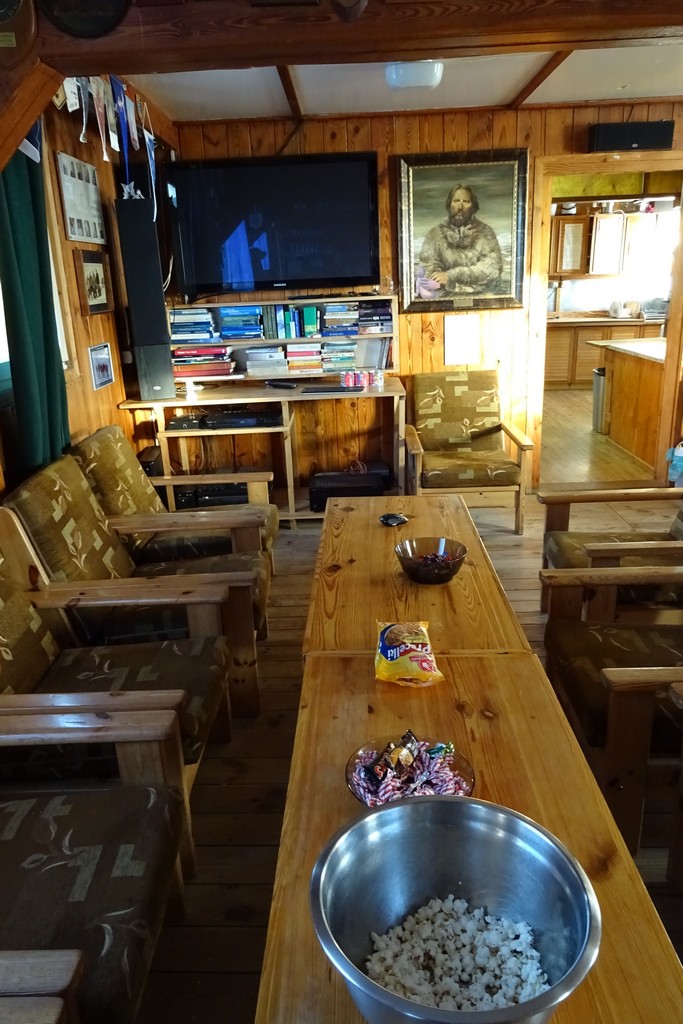 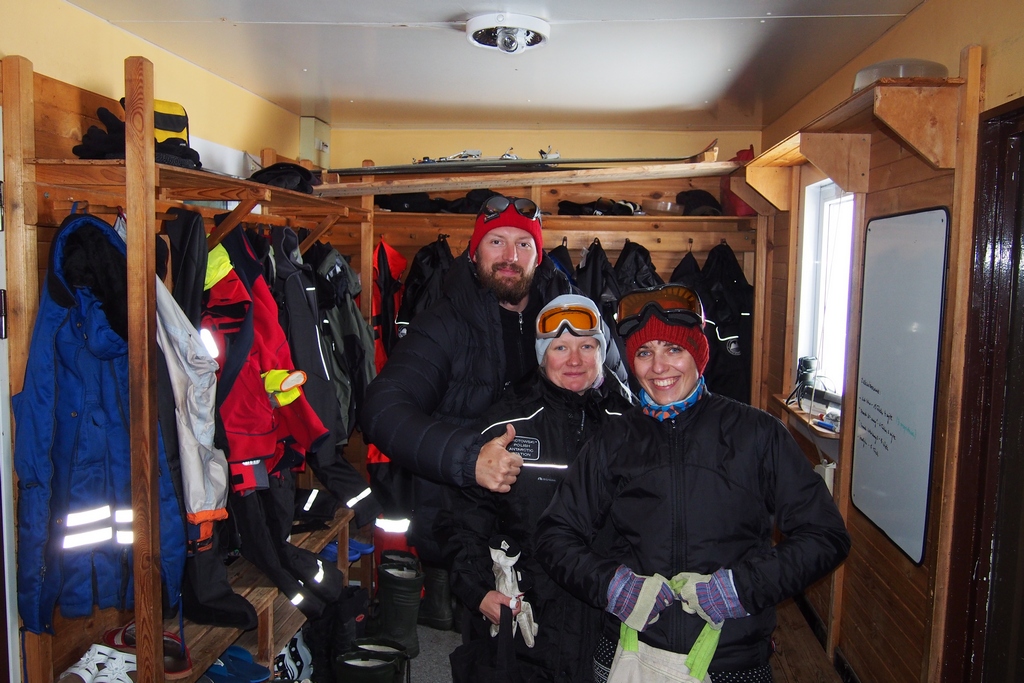