After Christmas laziness, there came time for New Year’s laziness. There were a few variants of spending New Year’s Eve but they were depending on weather conditions.

When it was already known that the wave in the Gulf would be kind, the part of our team decided to take part in the traditional event that was organized by the colleagues from the Brazilian station (according to the tradition – most of the “Arctowski” crew greet the New Year at Ferraz station). Me and Piotrek, however, thought that we sent the application to get that job so many times, so it’d a real sin to spend it somewhere else. And, in fact, the magic of this place didn’t fail (especially, when everybody went to bed and we stayed in the main building of the station, so called “Plane” – thus, we came back to memories while wintering in Hornsund , we were like: “what would we do if we stayed all alone at the station”). As the best celebrations are in the kitchen – as soon as the door closed we started cooking.

And so, there was tiramisu dessert and sushi (again at the polar station) and some steaks, which were absolutely fantastic to our taste buds and made our evening just nice. Although there wasn’t any noisy fun, we tried to be ourselves as it’s time to sum up some issues and to stay together. We spent the previous New Year time that way, too. 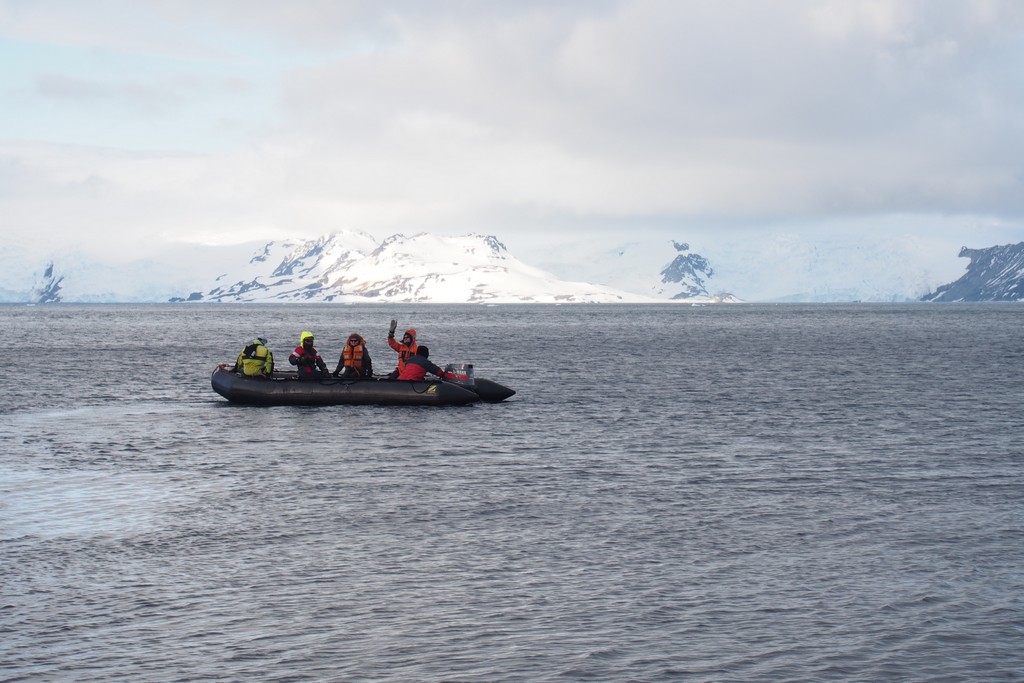 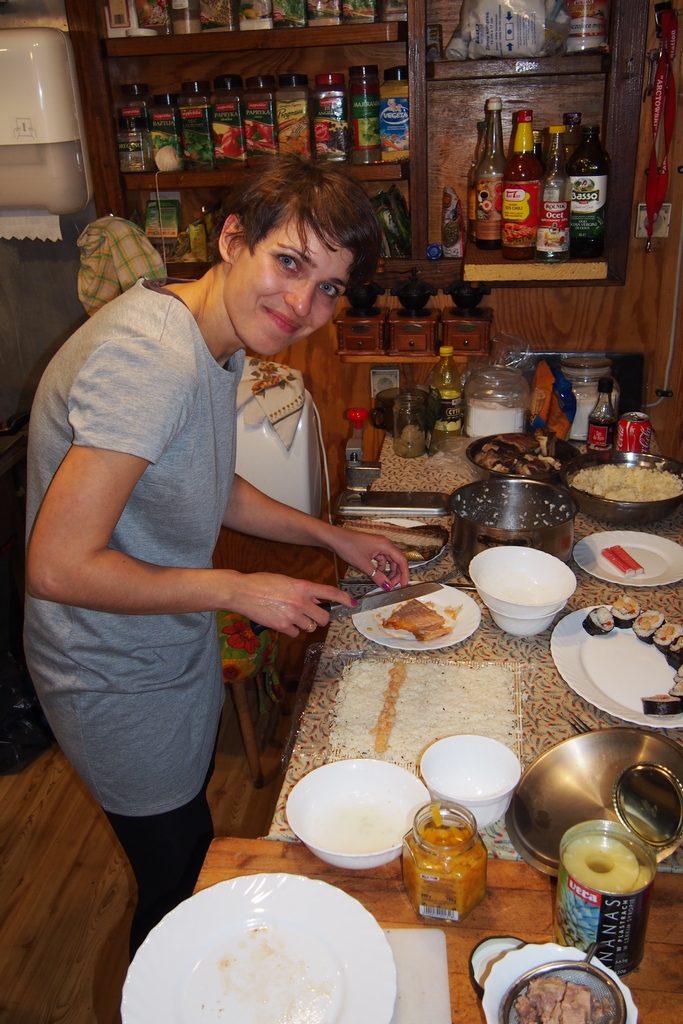 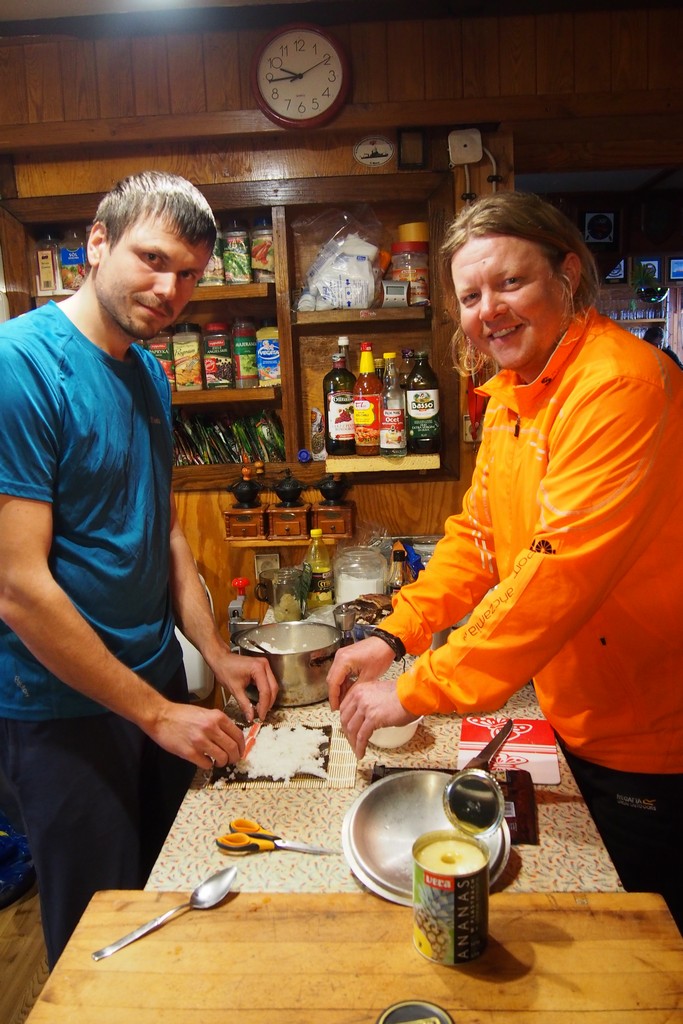 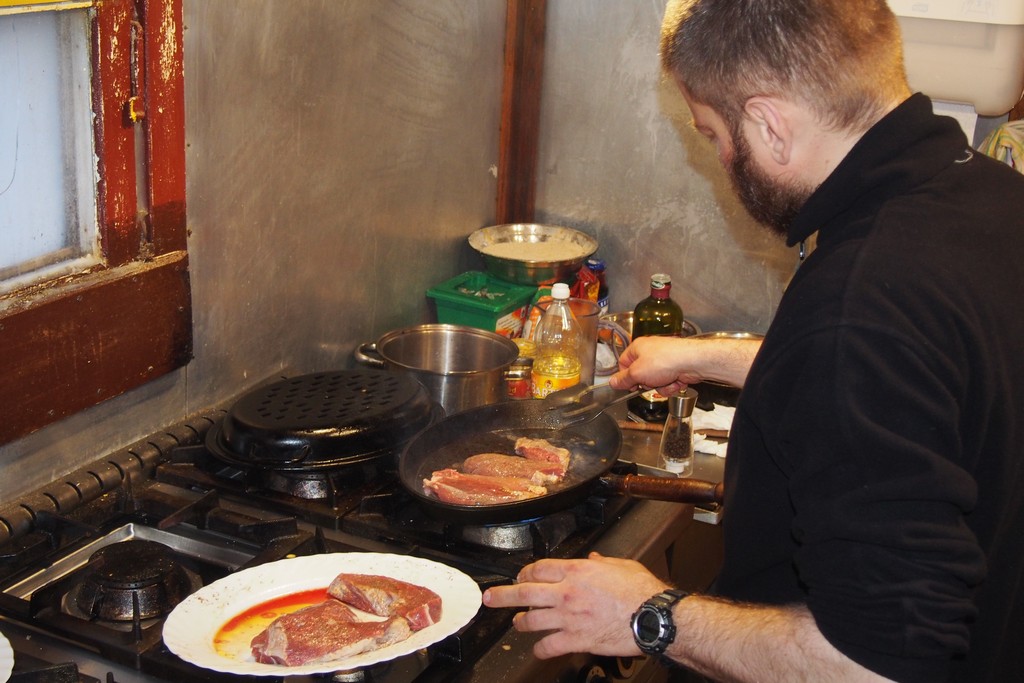 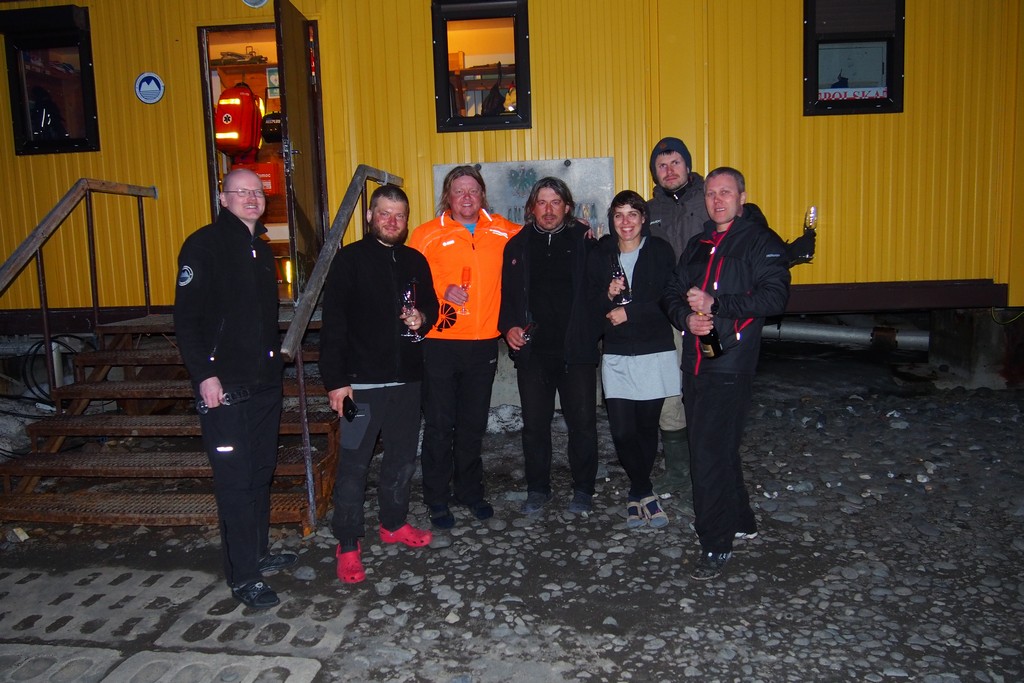 Meanwhile, at Ferraz station there were some dancings that lasted its best! According to the local custom, at midnight we went to bathe in the sea, we were also singing and dancing (a huge thanks to Damian for photos). 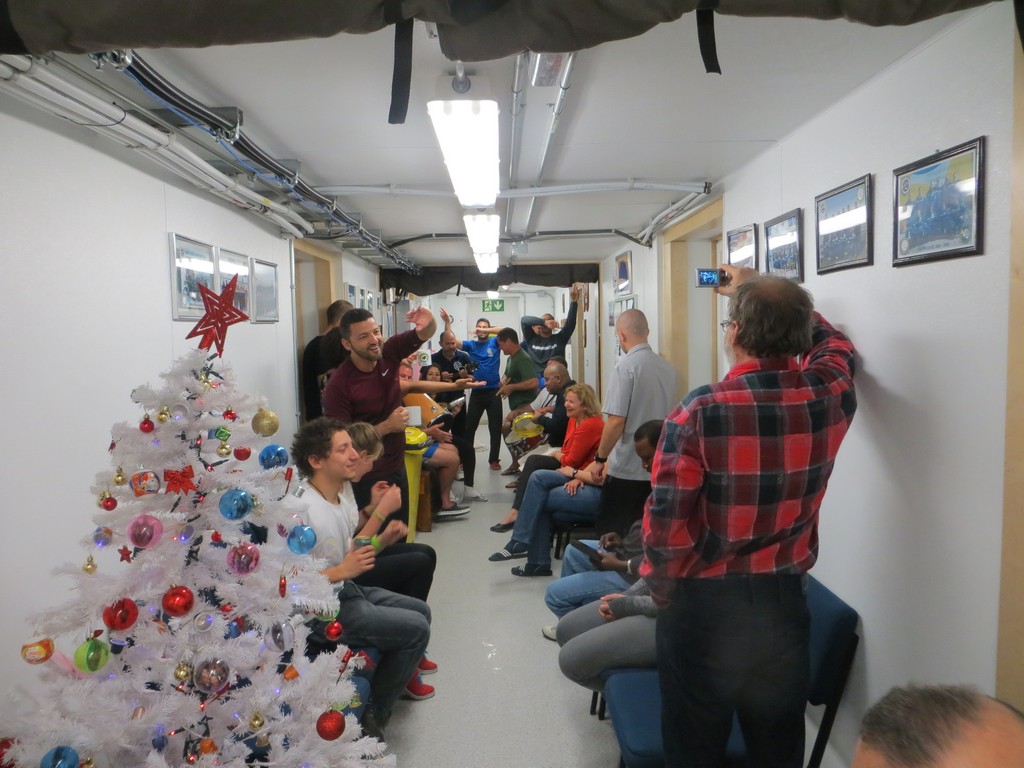 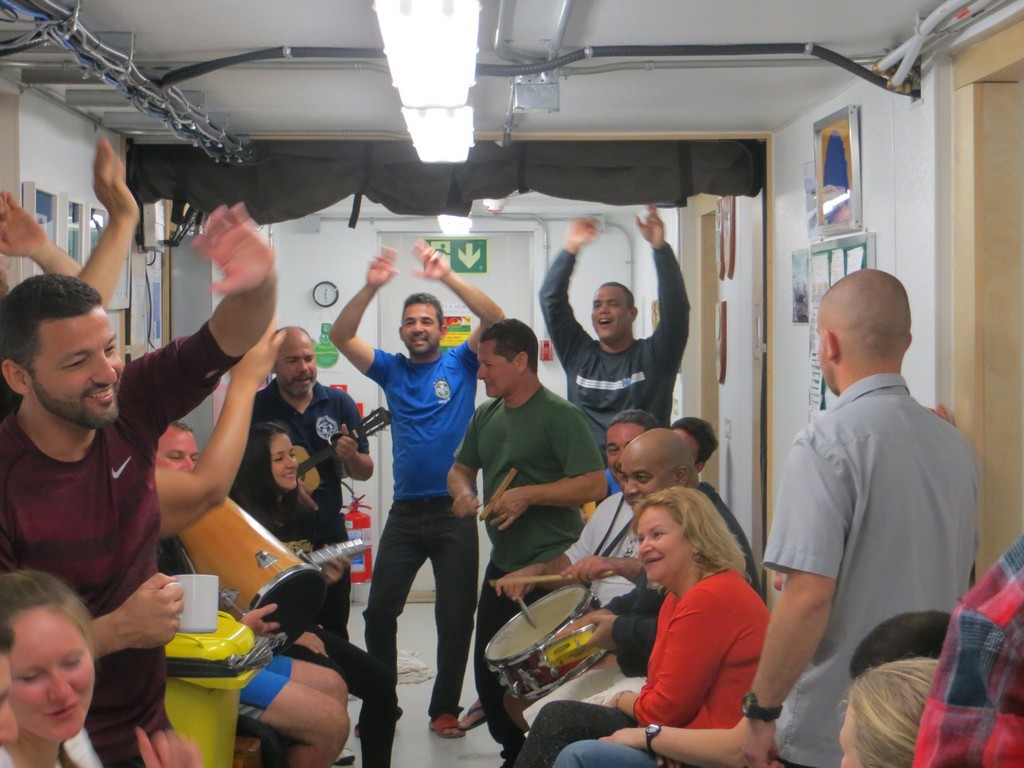 The New Year greeted us by a beautiful, sunny weather. After the walk to the surrounding Point Thomas Peak (173.5 m above the sea level) and some ineffective waiting for the wind (we took the kite hoping for nice pictures), we decided to make a barbecue in front of the station, which we were able to accomplish quite easily: 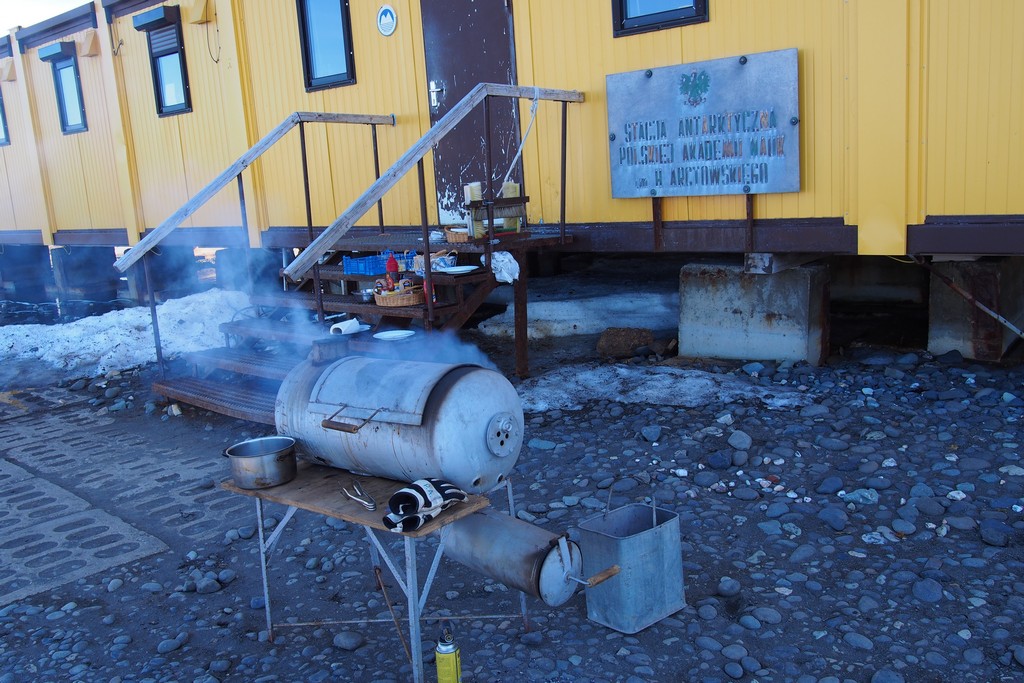 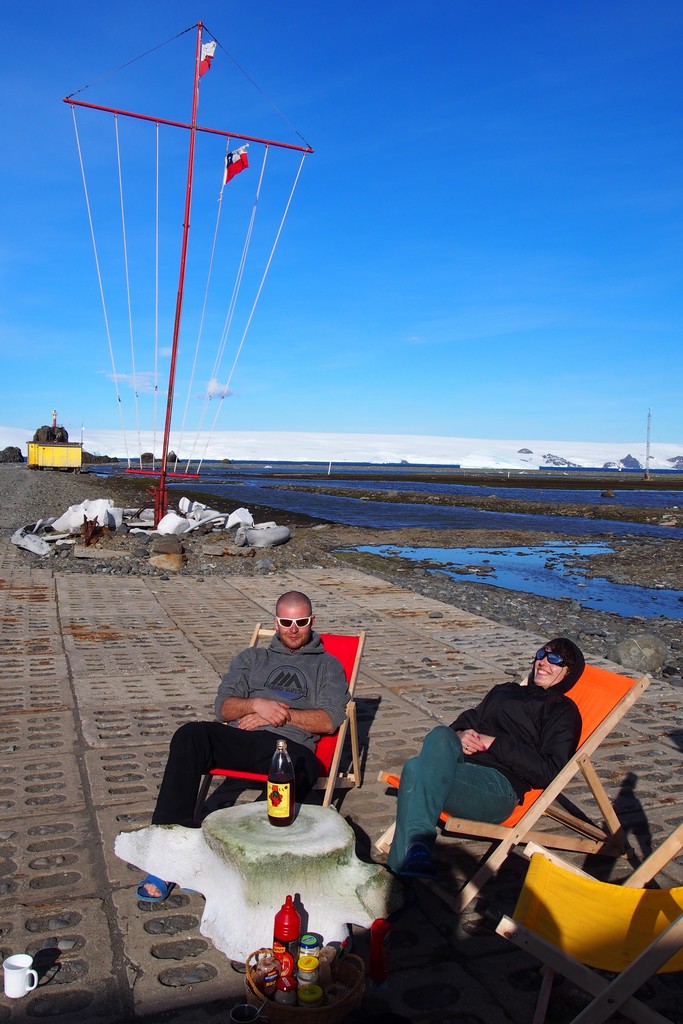 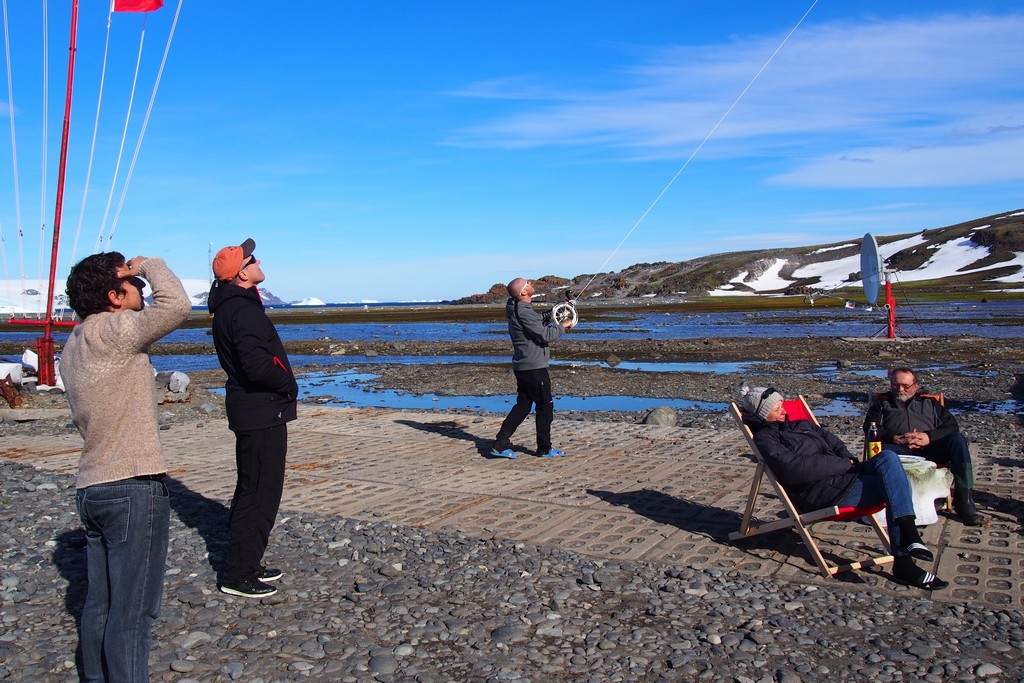 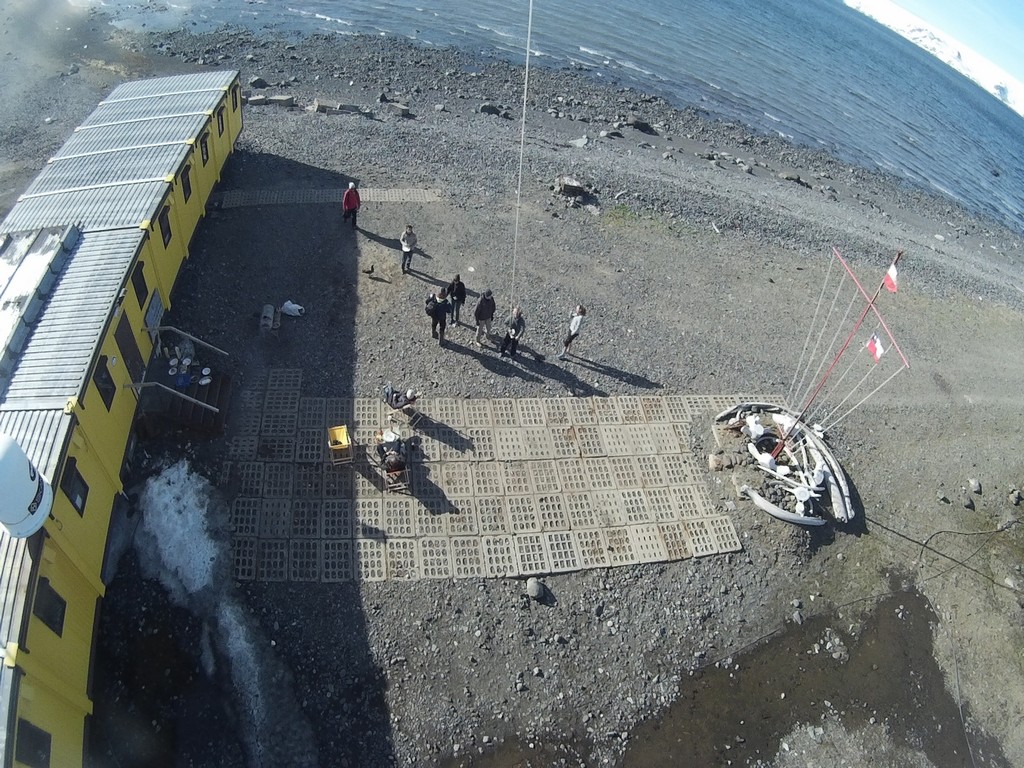 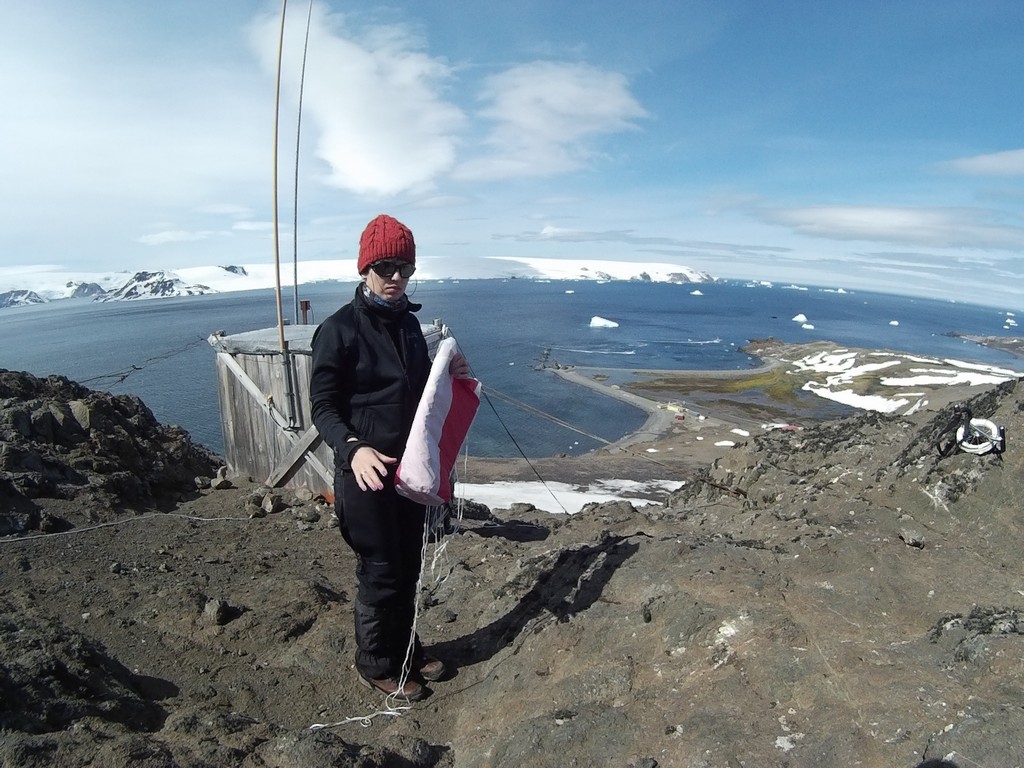 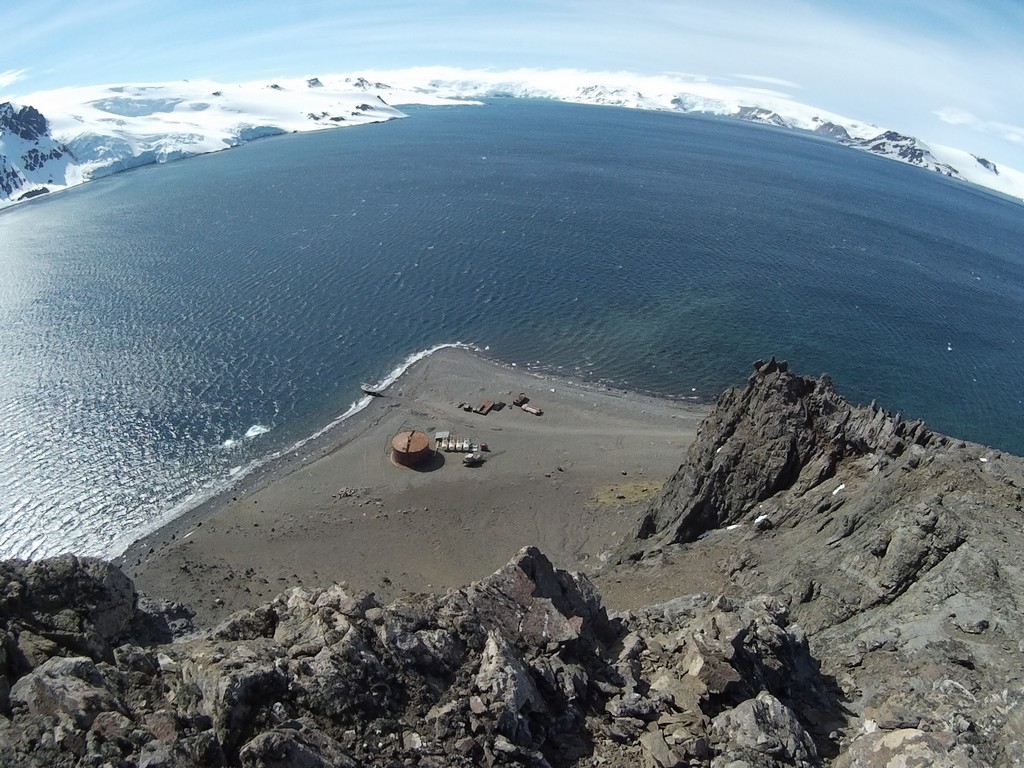 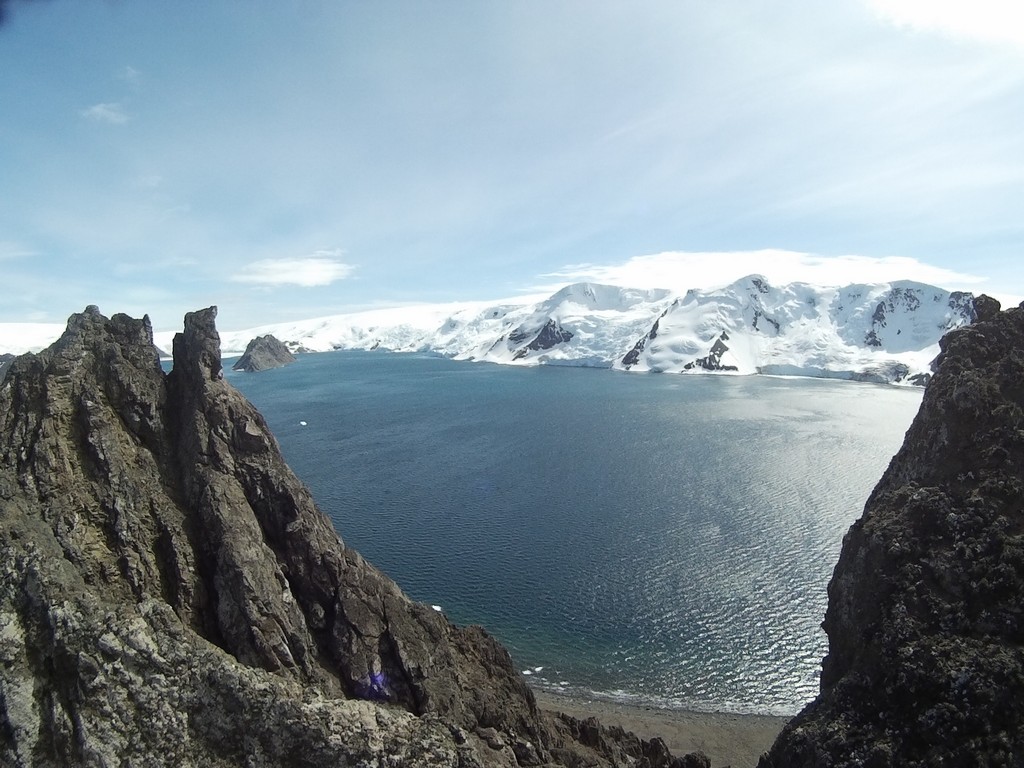 Hopefully, the wind came so the kite found its use and we were able to take some pictures of the station from the air: 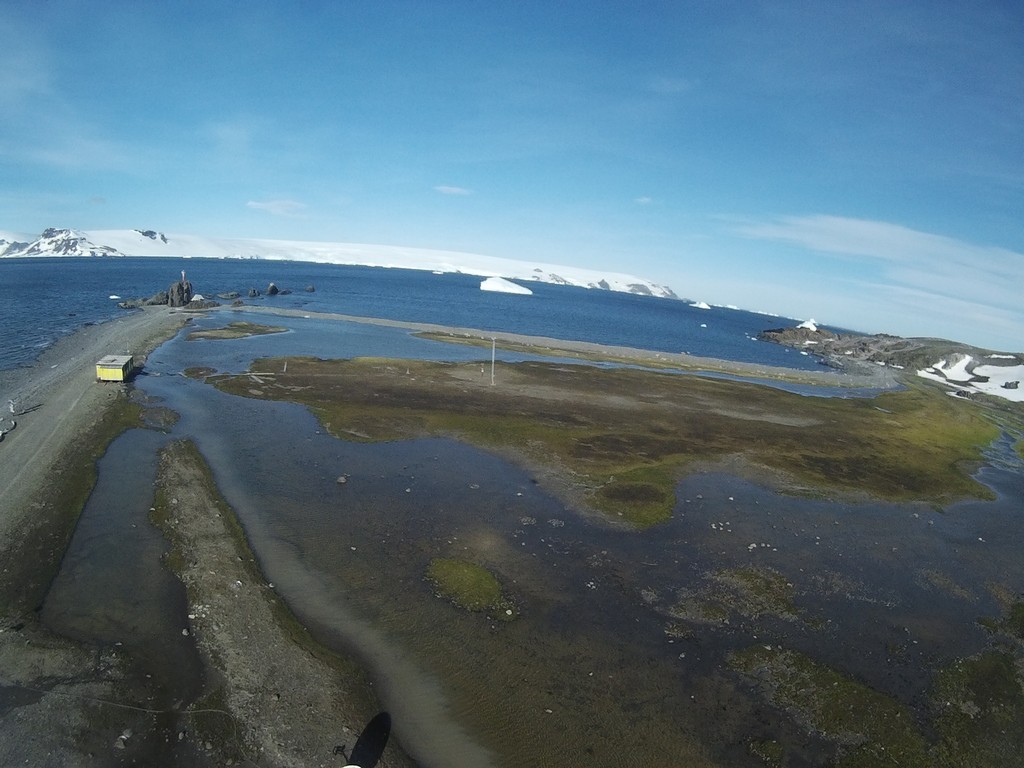 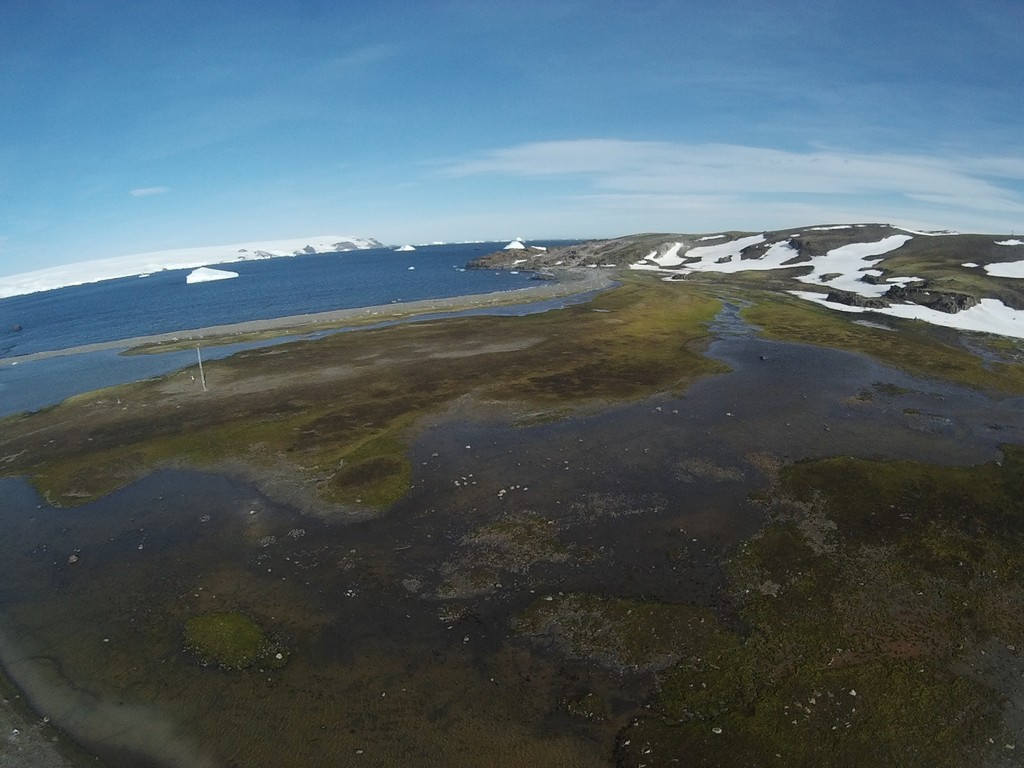 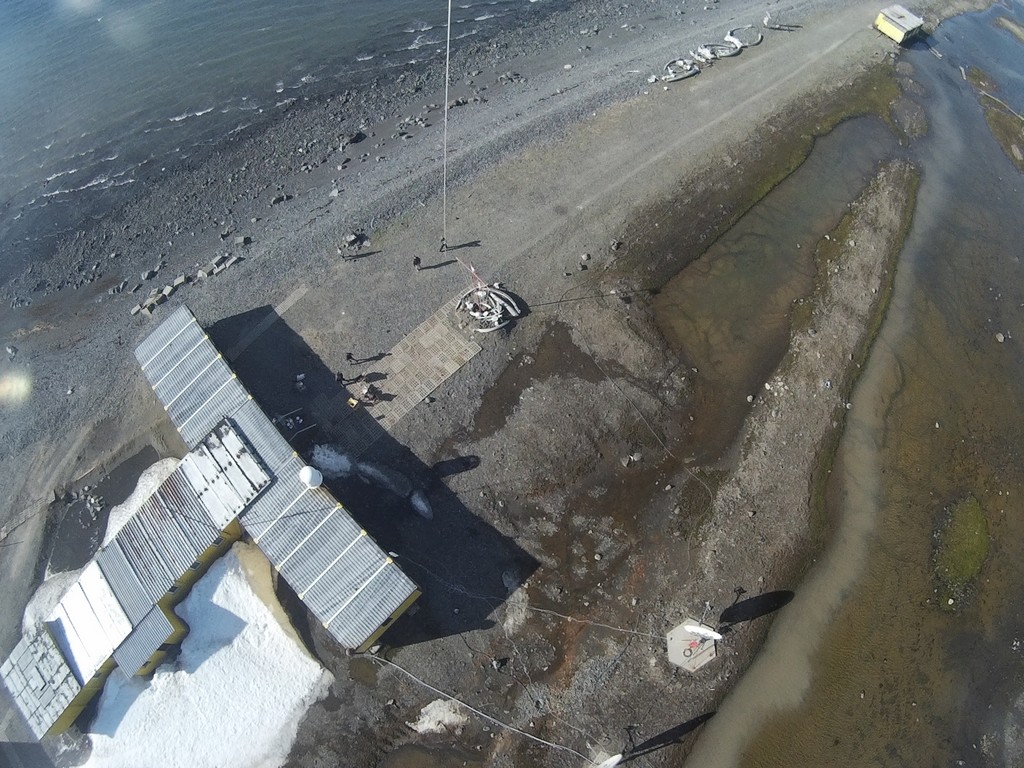 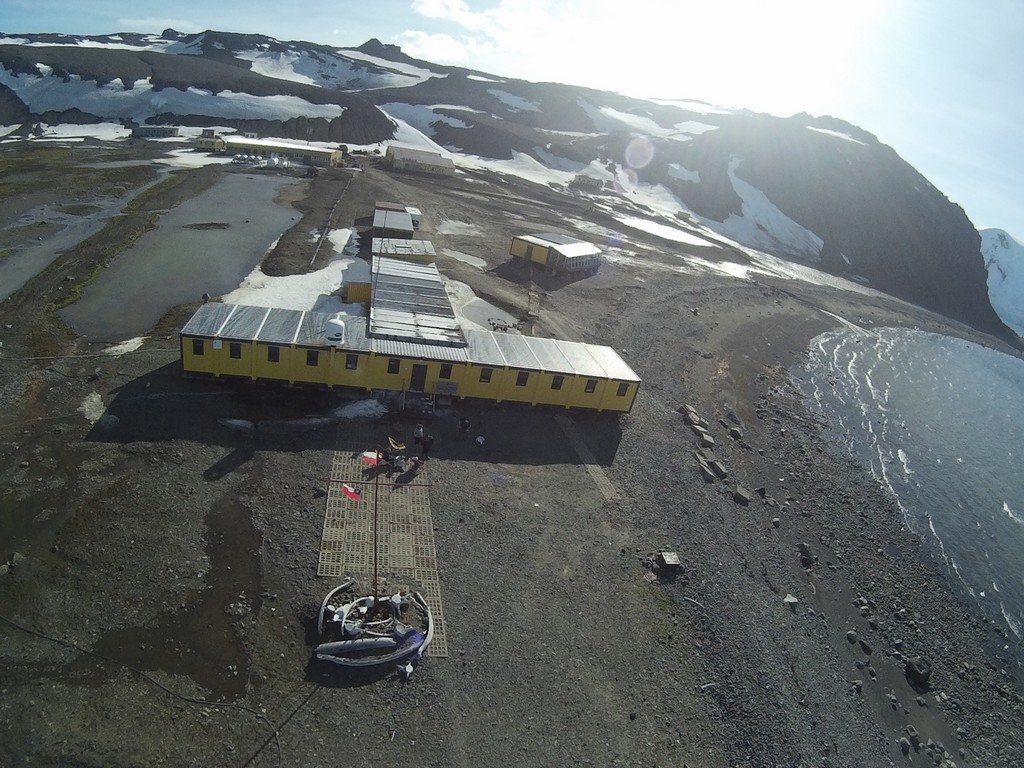 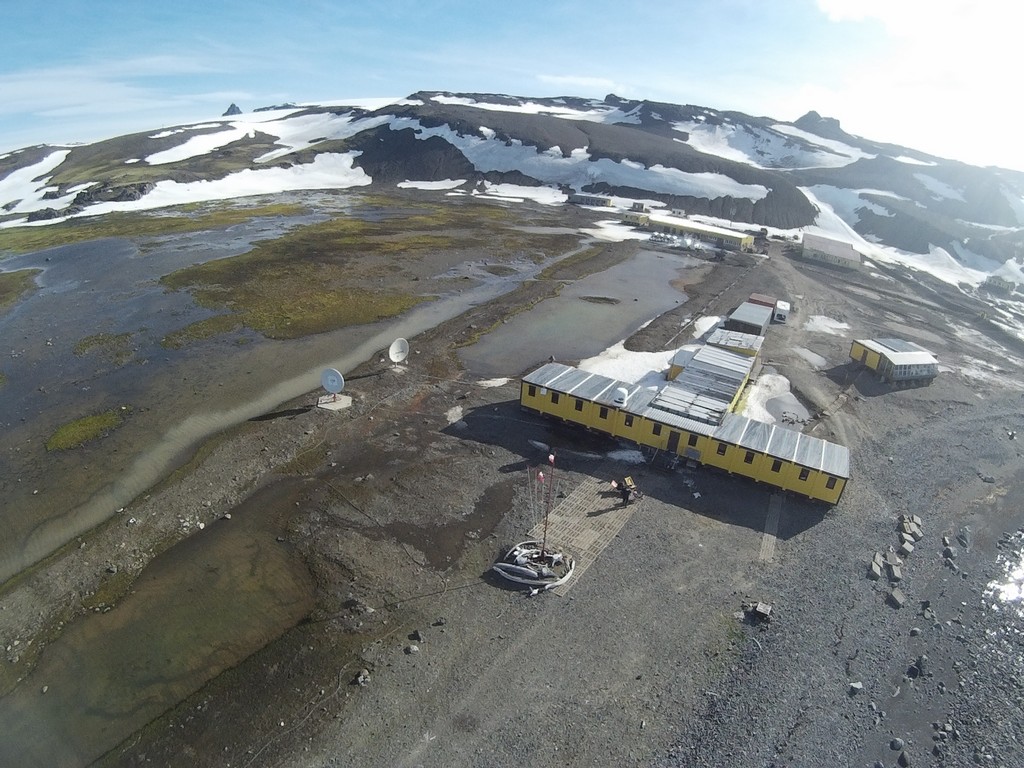 This New Year began great and we hope that you have similar feelings about it. We are so happy that we will spend it in such an unusual place!