When we found out, that we had managed to qualify on our dream expedition to the Arctowski Station, a question appeared – who will be working and living under one roof with us and if have some mutual friends?

After experiences of Spitsbergen, when it turned out, that with two people from our team, we have mutual friends from Cracow, furthermore following friends visited us on one of yachts. We were waiting for only another acquaintanceship, which will hits us on Arctowski. We didn’t have to wait so long, because our Asia- a winterer, knows Łukasz, we spent with him whole year on Spitsbergen. Well, we are finally one, polar family.

During one of a visit of ship MV Fram, one of guides took a photo with me and Sylwek. I forgot quickly about it, but Sara, our good friend from Spitsbergen, reminded me about it. She sent me the photo with a comment, that friend of her visited the Station Arctowski and he really loved there, nice people, look there – me. 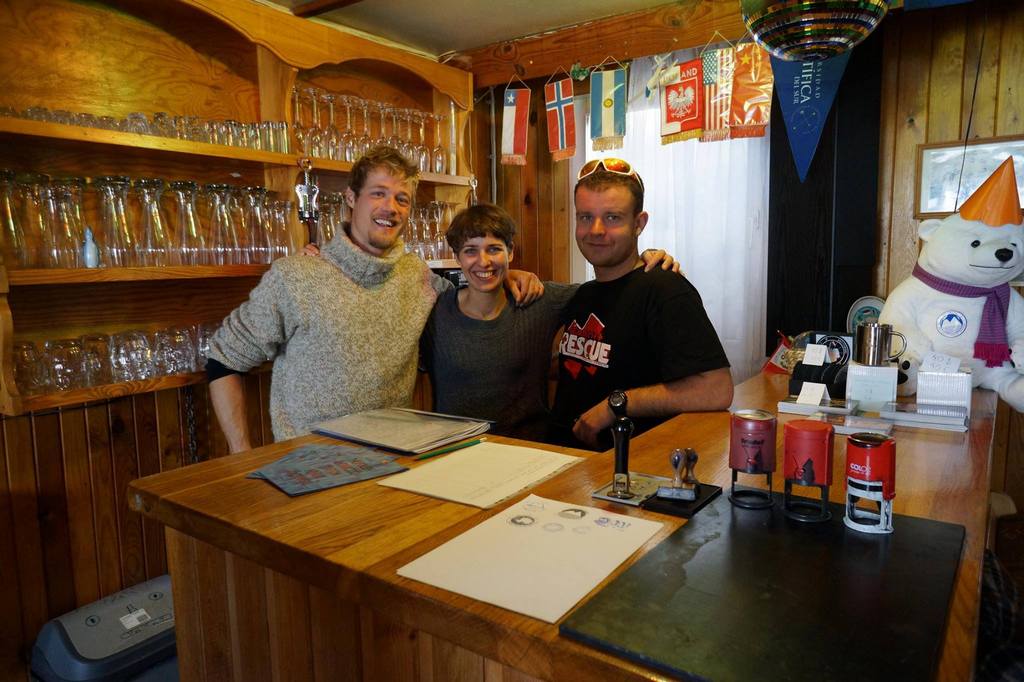 Another interesting meeting was a visitation  of an yacht Beaufort 13. Michał, Sylwek`s friend from Gdynia, they were once working together, arrived on this yacht. One day, Michał had decided to change something in his life, he packed a baggage and made a move into the World, finally he dreamed himself to get to the South. He was chatting on yacht for several months, until he managed to find a captain, who decided to take him to the crew, and his journey to Antarctic has began from visiting the Polish Station. 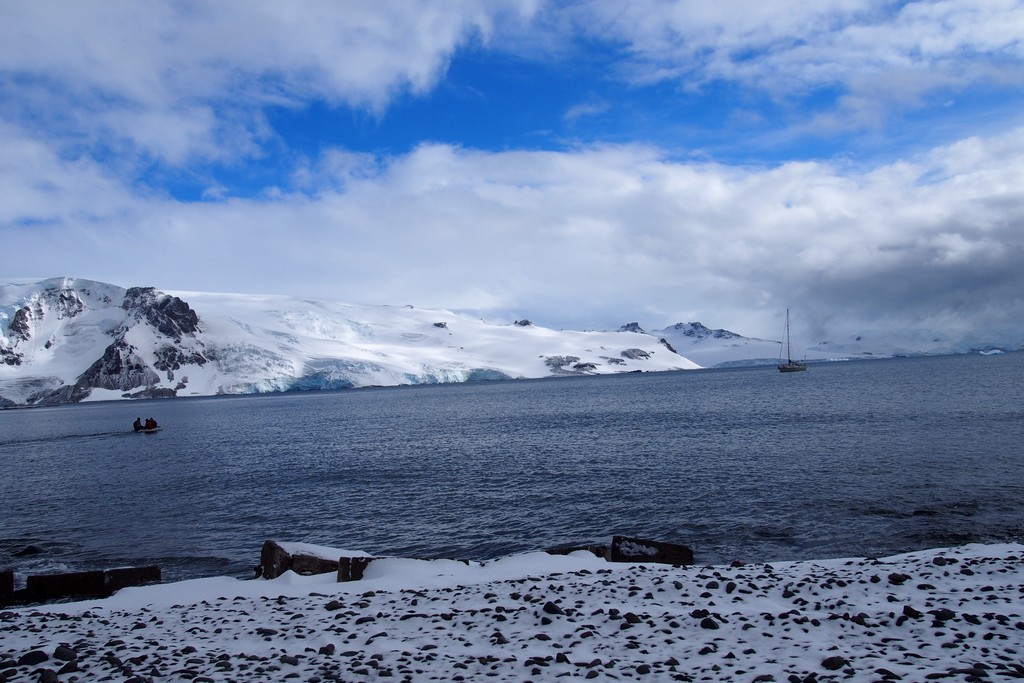 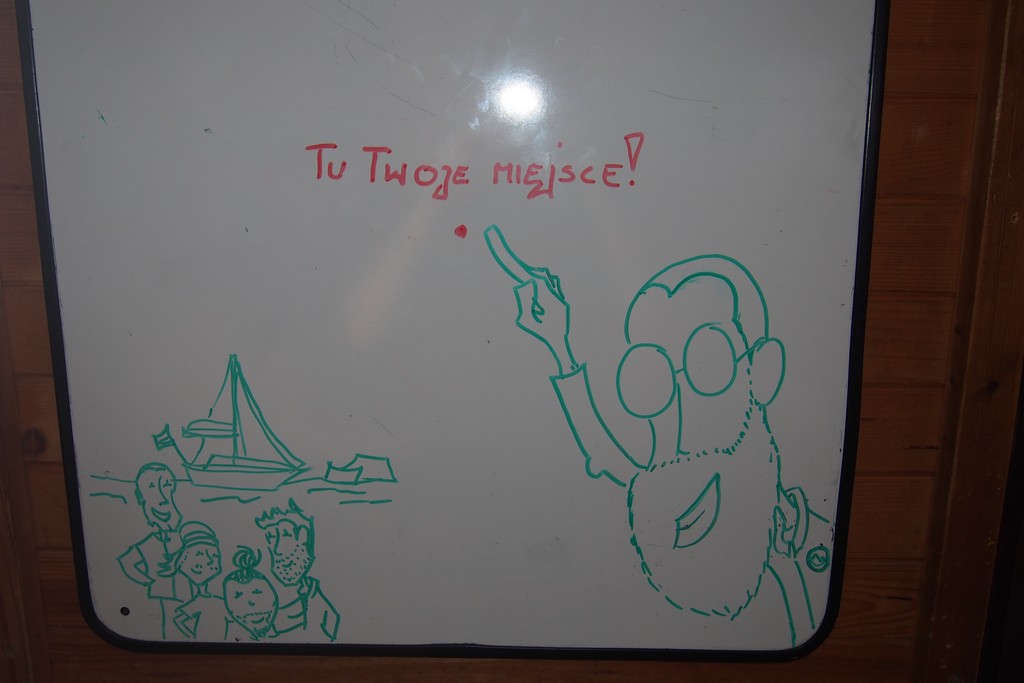 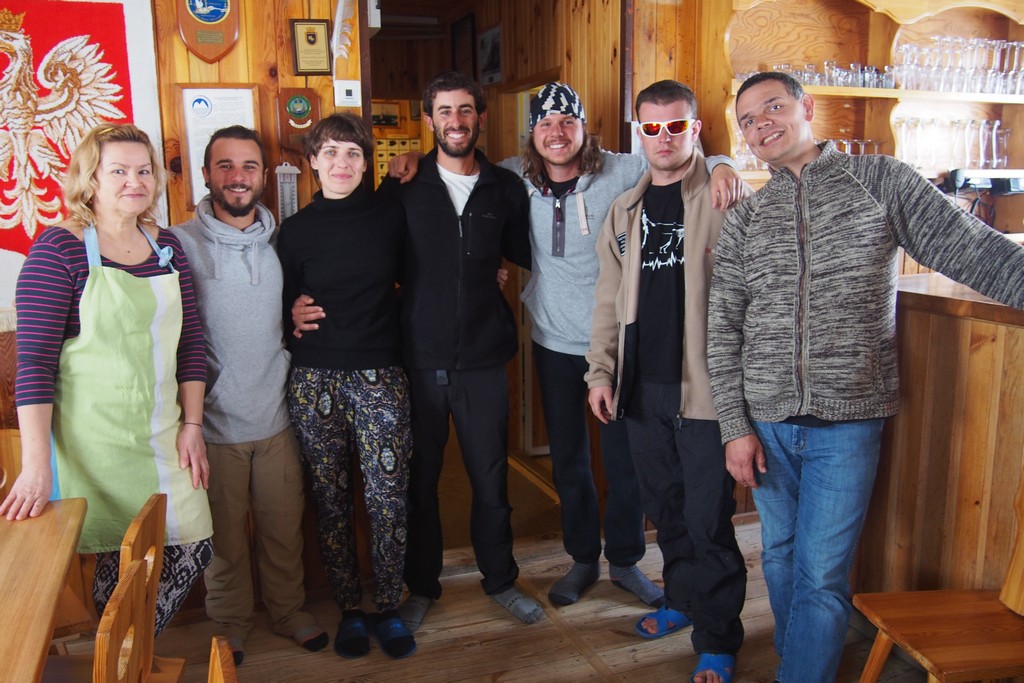 Another such a story only confirms us in the belief, that you don’t get by an accident to place like that; it is a fulfillment, a chance on changing something in life, an opportunity to find out something about yourself. There is only an issue whether, we have enough courage to make use of this.

And these meetings, whom we are participants, certainly will be continued in the close or the further future. We are confident about it.