Recently, a lot has been happening here. The ship called The Polar Pioneer arrived to the Admiralty Bay at the 1st of April, it wasn’t a joke, because we started fueling at the evening.

At this moment, we had been waiting since a few days – summer group was sitting on suitcases, and we were preparing ourselves to this action, so it could go quickly and efficiently. The date of arrival of Polar Pioneer ship was constantly distancing, because of a couple days of  storms, which hit the Station (a wind was blowing at a speed of  140 km/h, it broke a door from halls of units and damaged a flagpole in front of the entrance).

Finally, on Friday, at the 1st of April, Polar Pioneer said on Channel 16. Hearts beat of our colleagues of summer group, because it was their transport to home, and we as the wintering group, felt a little excitement, because a wintering began soon, and keeping the Station will be only on our shoulders.

The weather was very kind – it snowed and wind blew a little bit at the night, but we missed  the weather hell of many loading and unloading, which took  place before us. There is nothing weird, that a fueling the ship to tanks on “Point One”, what is a piece of the coast under the Point Thomas top, it is far about a few meters from the Station, we started with smiles on our faces. There was a little scramble with heavy hawsers to keep the ship in one position and with fuel hoses, which were used to serve a dozen tones of fuel to the tanks, for whole winter.

As the only one person who knows fluently Russian is me, so I was on duty with colleagues at the tanks, if there were some problems to improve the communication (in the crew of Polar Pioneer are only Russian). We managed to come up on the ship for a moment, to drink a warm tea and talk with a few people, we have already made friends  during our 40 days of cruise. 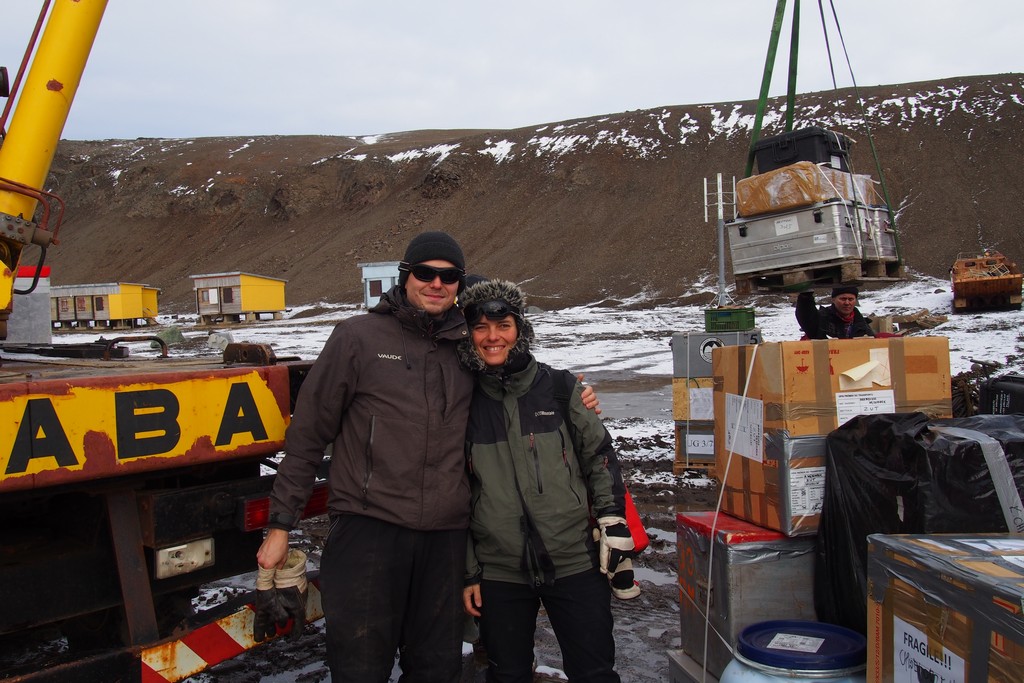 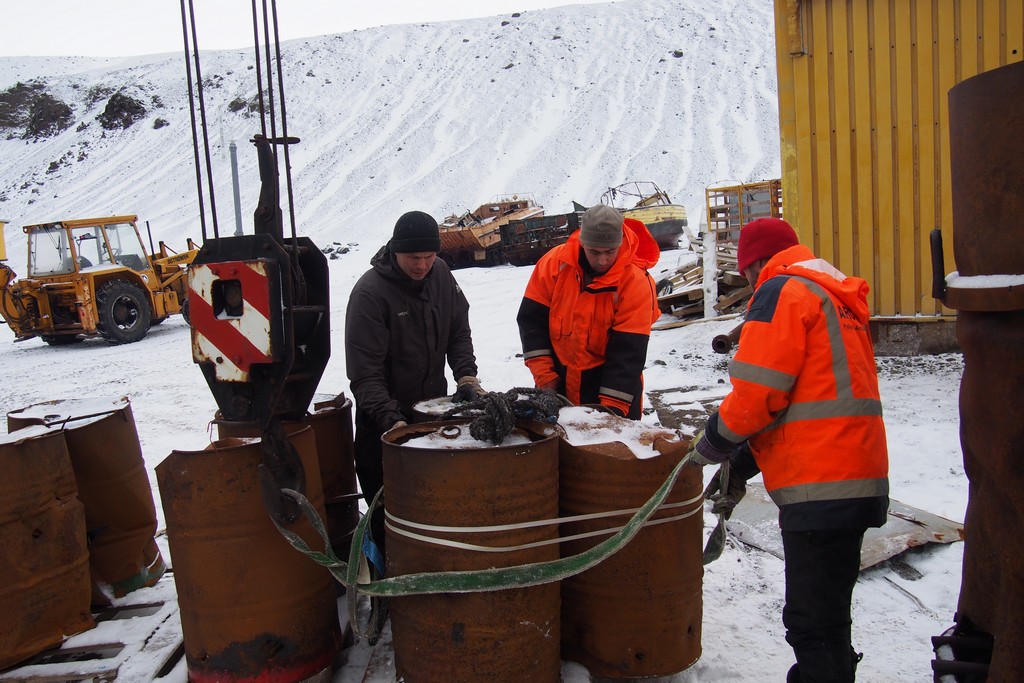 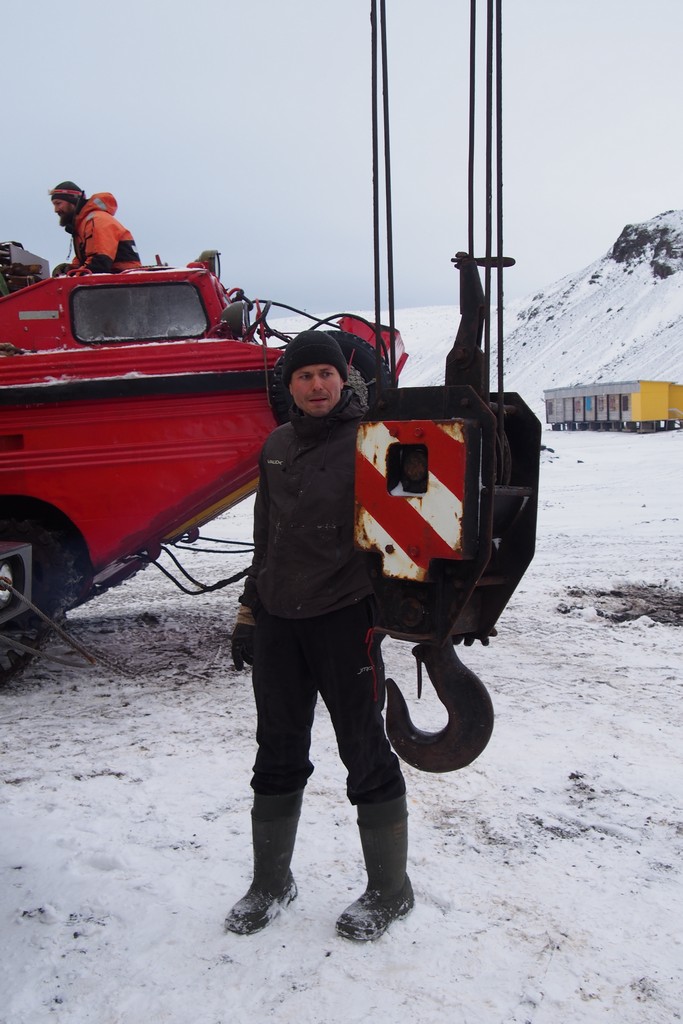 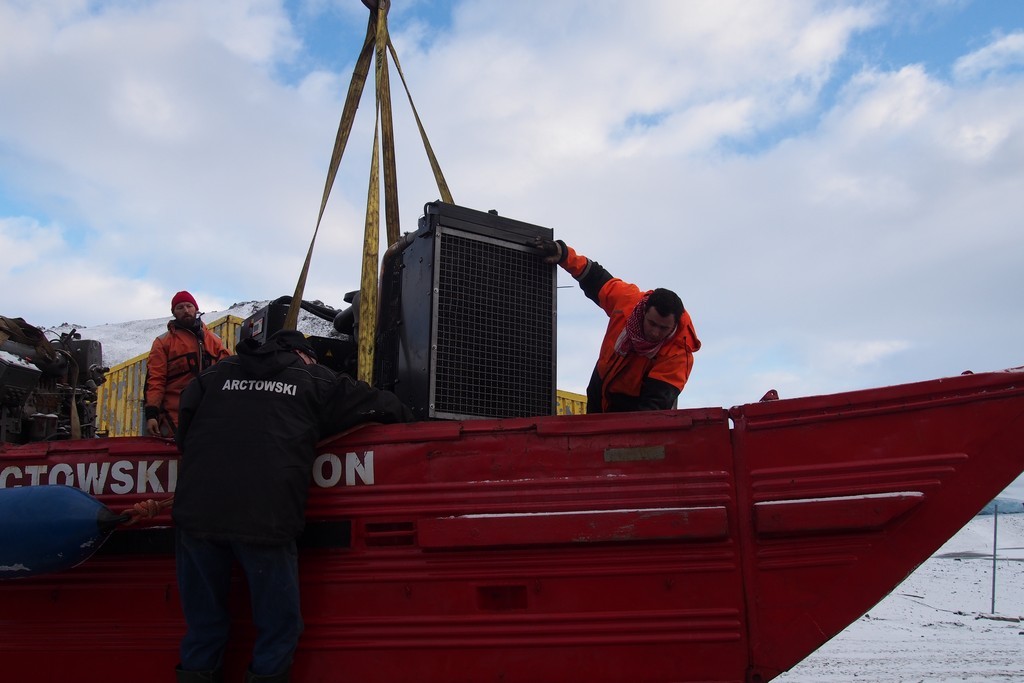 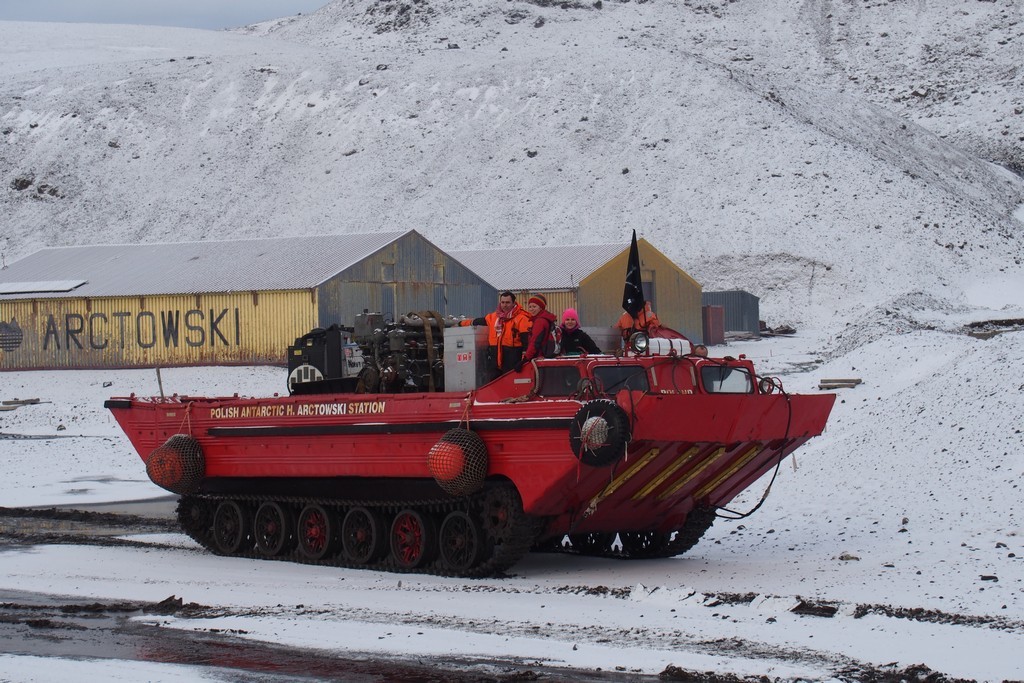 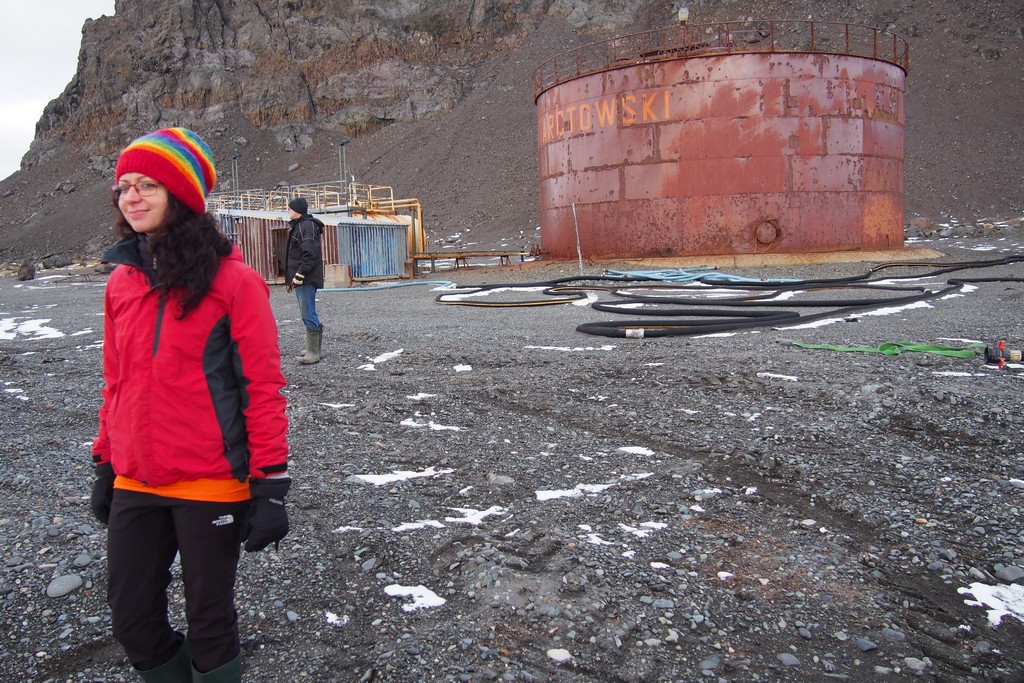 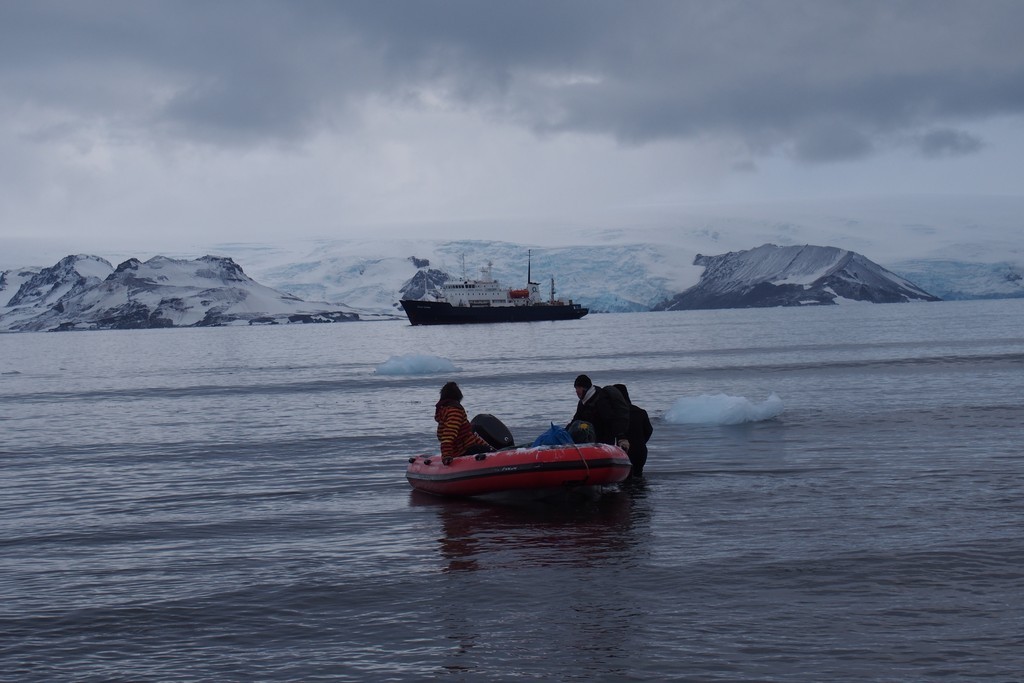 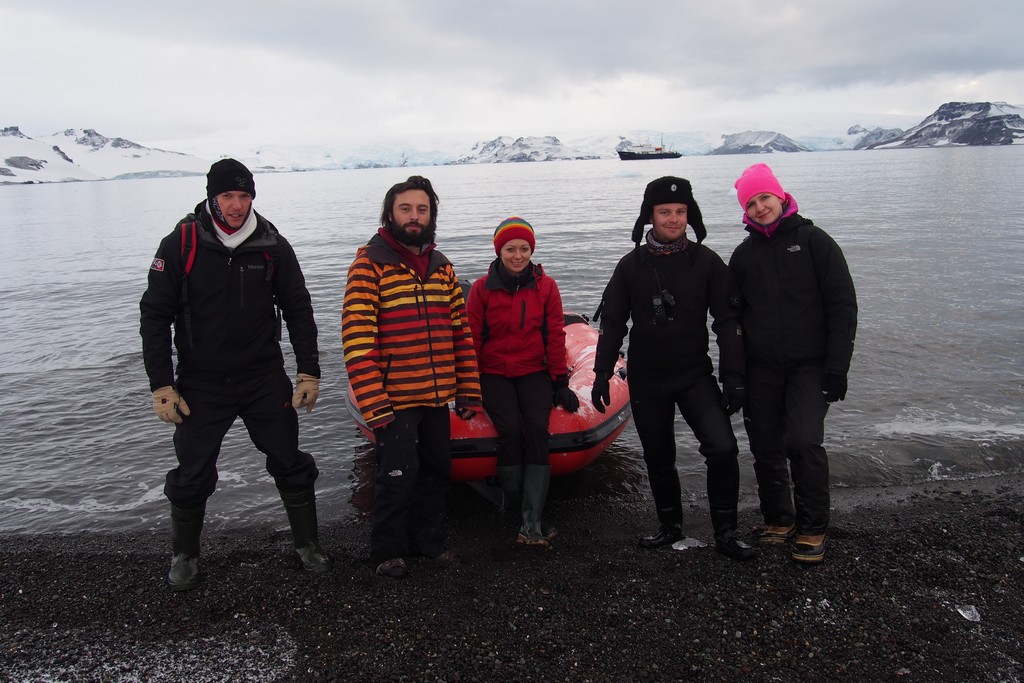 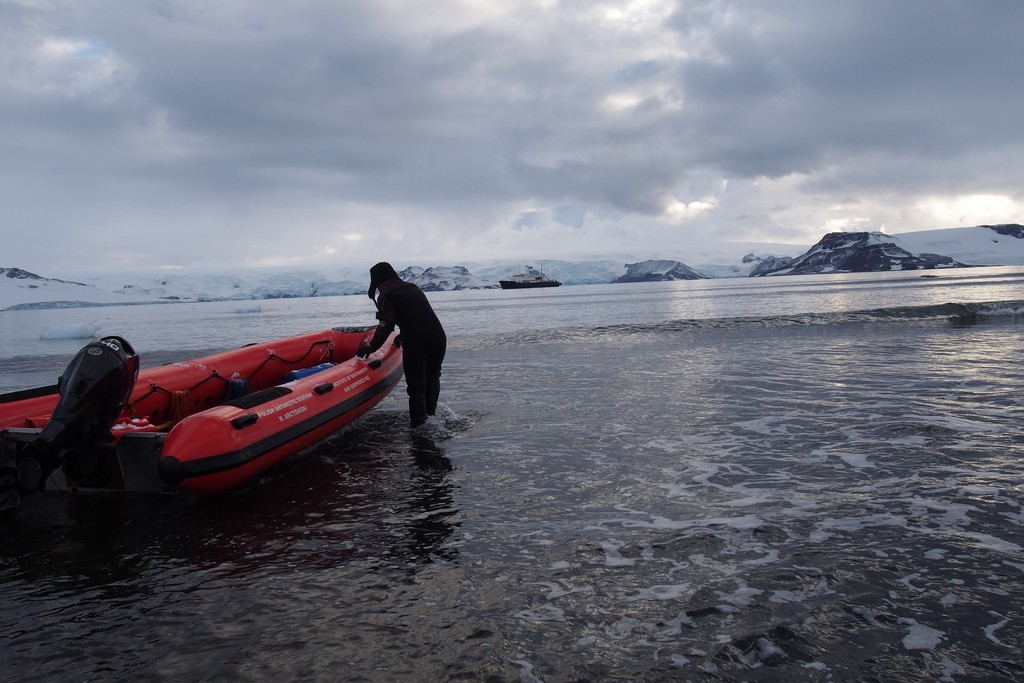 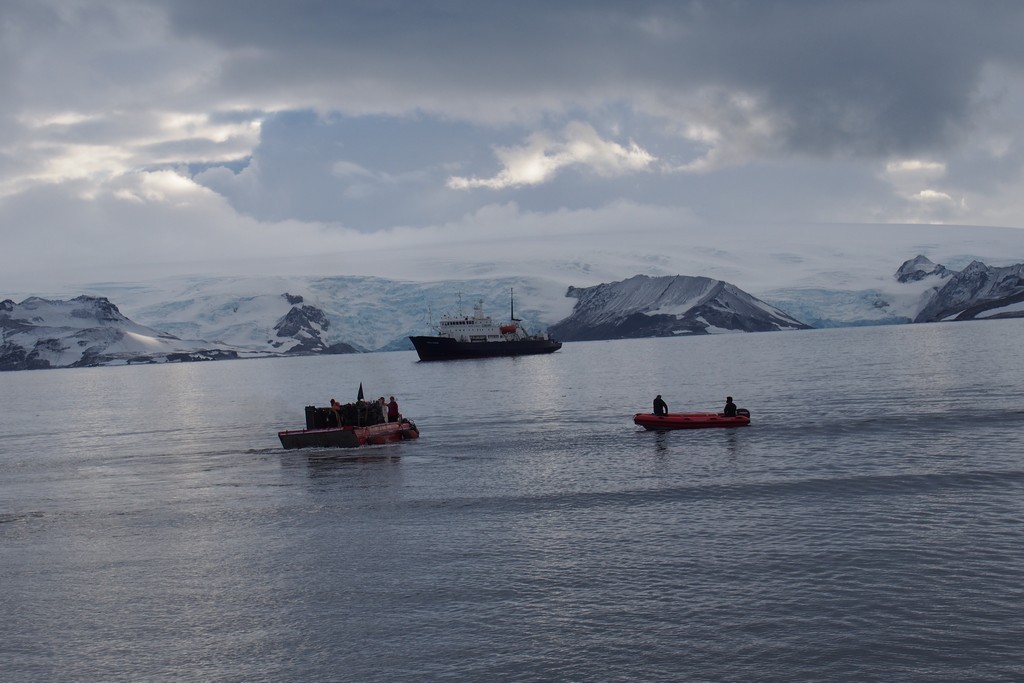 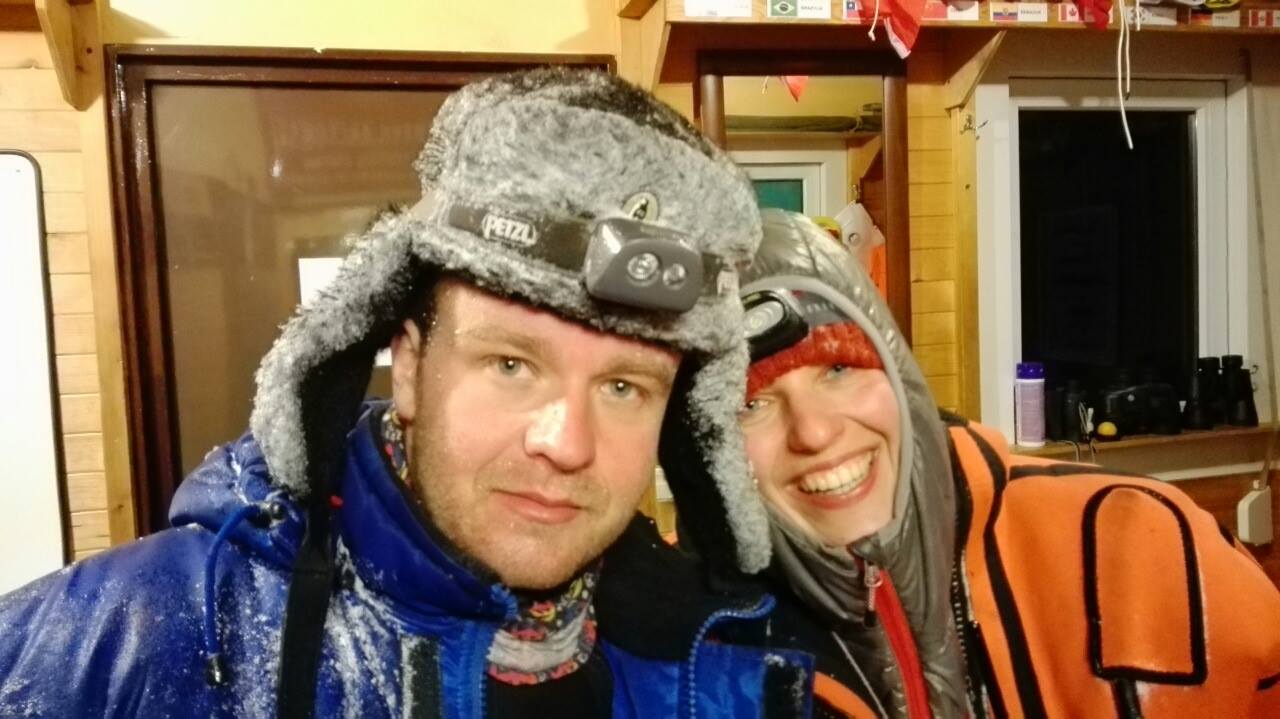 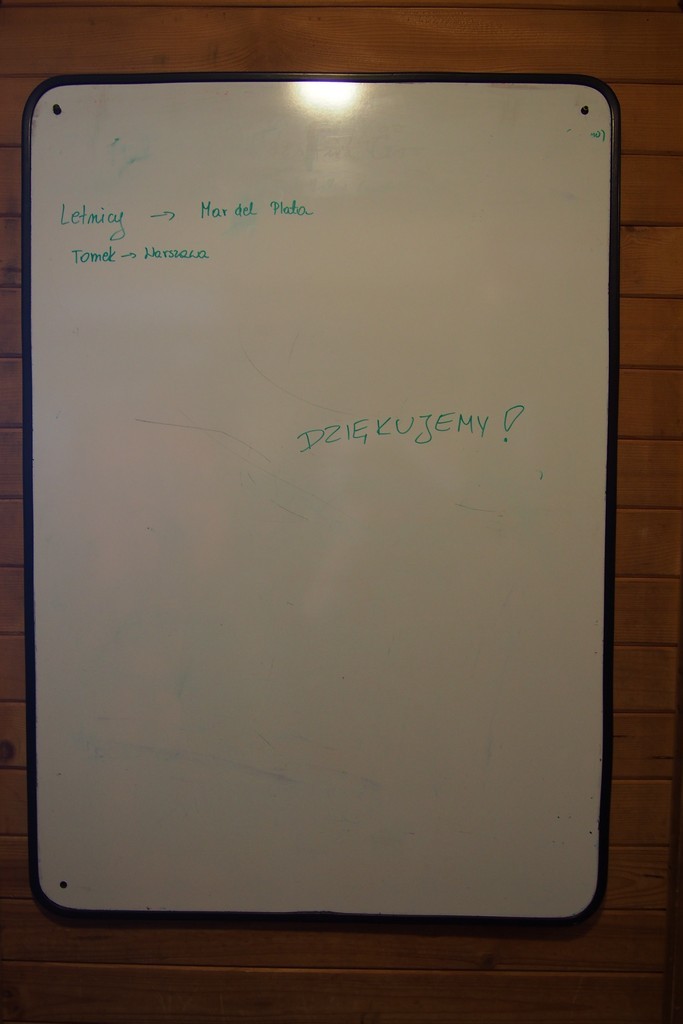 On Saturday morning the first transport by PTS moved (“Mite”, like Damian calls his charge vel “Black Pearl”, it falls of a pirate flag, which Damian got on his birthday from Sylwek) with all trash, scrap metal and old equipment, will be sent to Polish and will be reprocessing or will get to conserve. A part of food and some fresh fruits, vegetables arrived on the ship, we eat them with a good glory, because we will have to poop out it, if it is going on this part of diet.

Collaterally, members of summer groups “Holiday makers” have started slowly leaving the ship. It was exactly a sad moment, because we became intimate by this time. But we have a hope, that with some part of those people, we will manage to meet after return.

At the night from Saturday to Sunday, the weather broke and two last transports were made on Sunday morning.The Polar Pioneer disappeared behind the horizon, headed towards the Argentine Station called Carlini and the Lions Rump, where it had to pick a load up. And then to Mar del Plata, where most of people transfer to airplane and come back home by different roads.

That, what was the end for ones, for us was the new beginning – we have started wintering since Sunday. At the beginning, there was a little weird, that there so few of us, because 8 people next to 20, makes a difference, but almost we get used to a new reality.

For some of us bigger challenge is a preparing meals for groups than loading, it is being done on duty, but at now (not to jinx), it seems, that we have some culinary talents, so there is a chance, that we will not die of hunger.