We sailed out from Mar del Plata on 23rd October right after the breakfast. We felt that awesome feeling in the air like we are closer and closer again to our point of destination.

In Mar del Plata there joined a few new people – some of them are going to spend the Summer at the station with us, the other are following to the Argentinian station. So, It’s been much crowded now while eating, there are more interesting stories and photos of which tradition we have been still continuing and so every day started with spanish, english or polish news about the weather conditions or the route.

There was Polar Fitness Club with some new people joining. We also have found sauna pretty nice together with the girls, especially, when it was getting colder outside. We were watching the snow falling down like it was covering the whole board thickly. We were watching blue icebergs flowing just nearby our ship. On some of them there were penguins travelling or there were eared seals lying down on them. 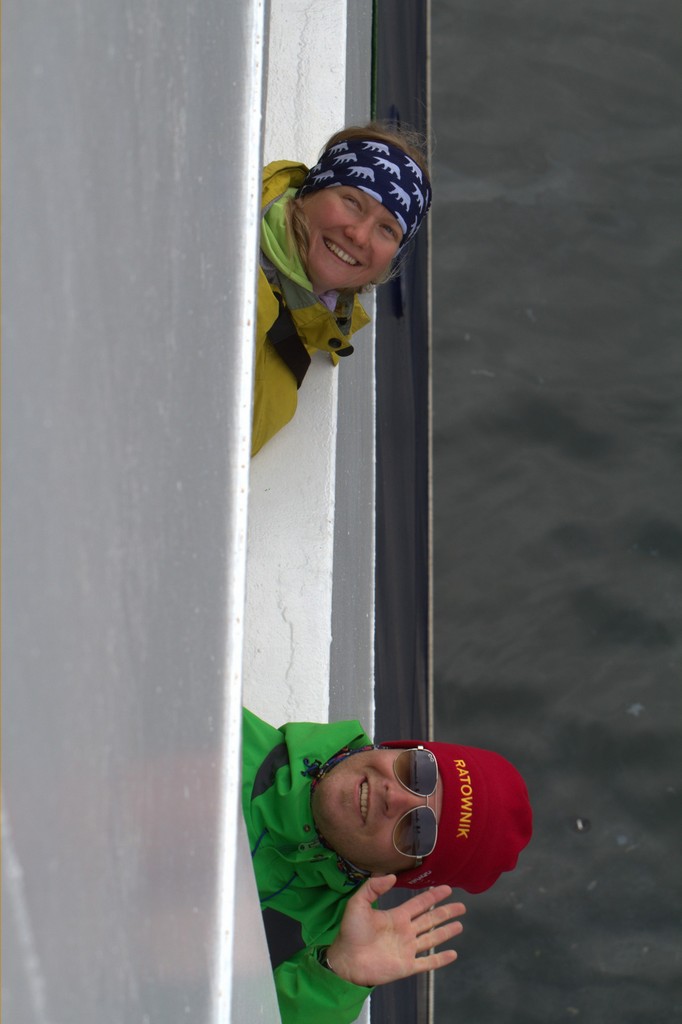 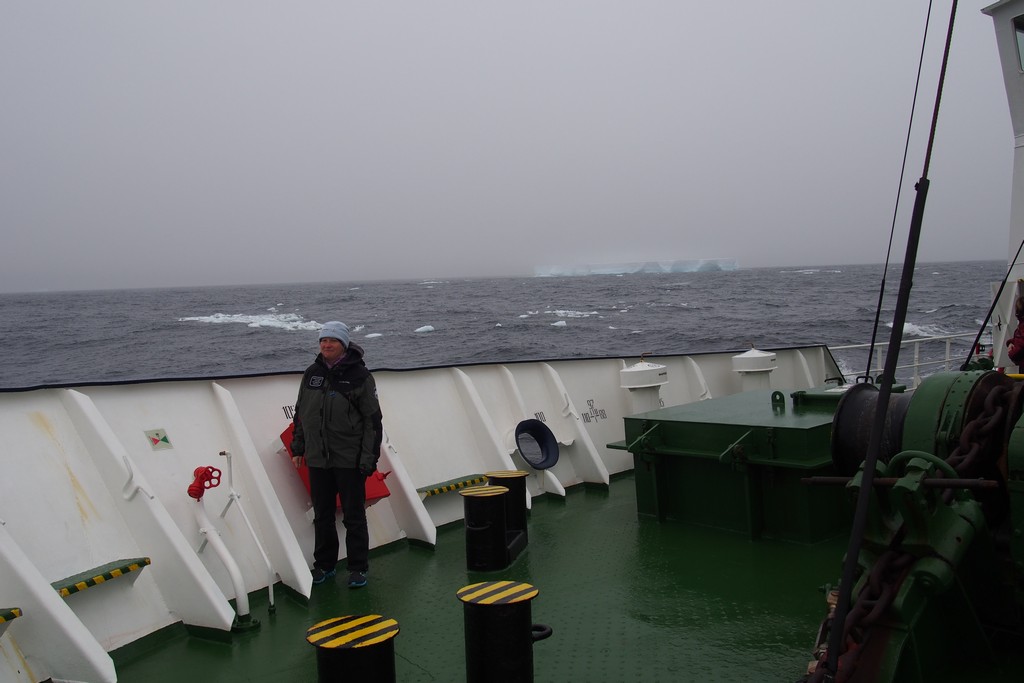 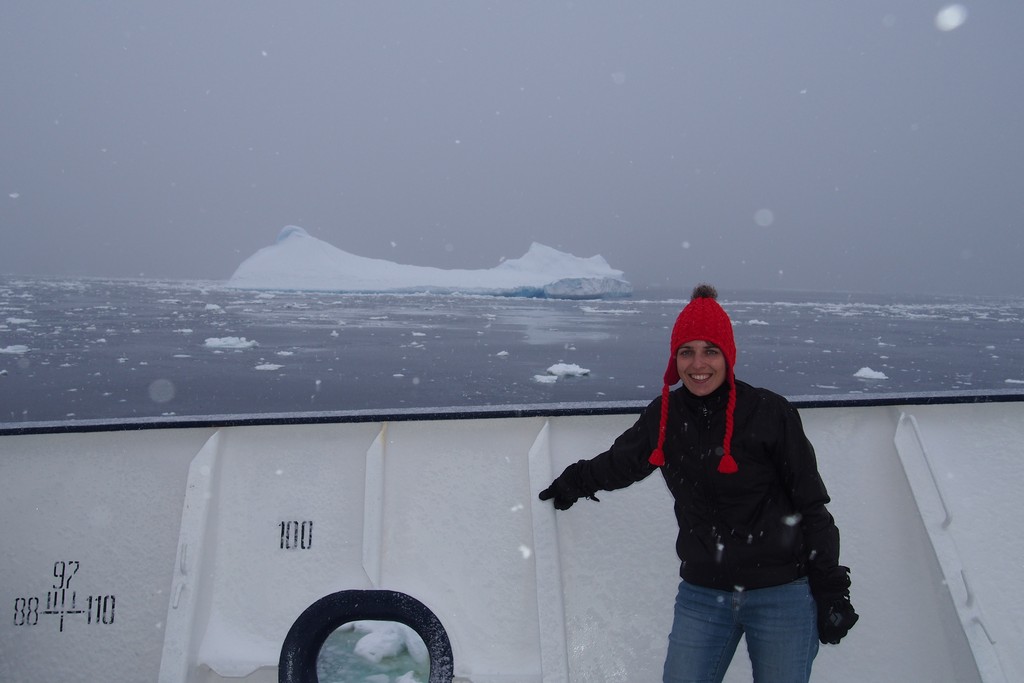 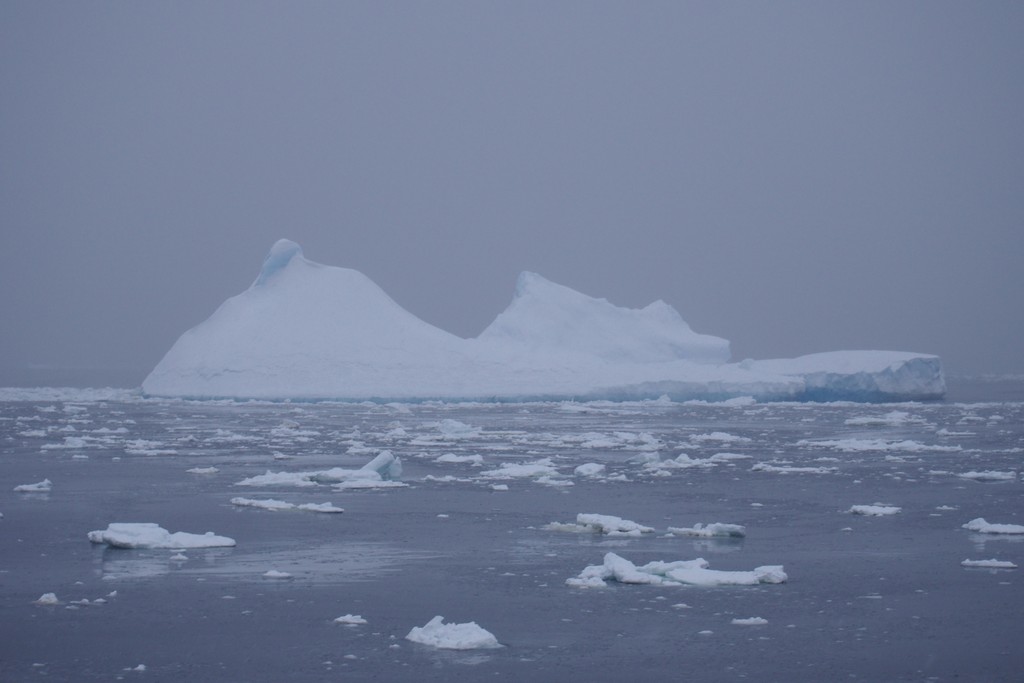 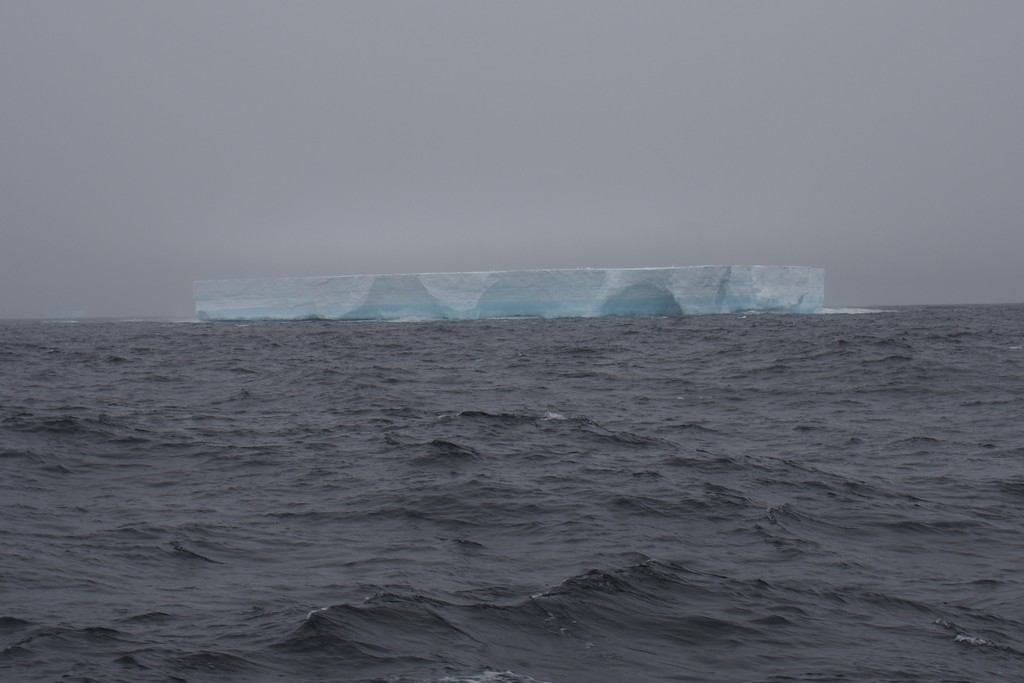 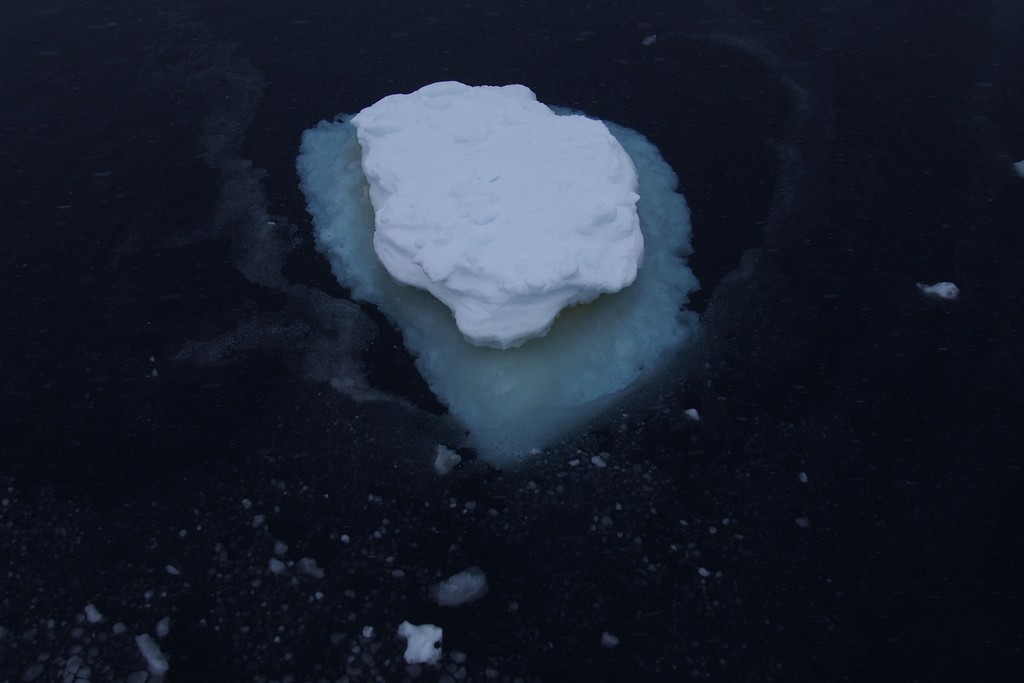 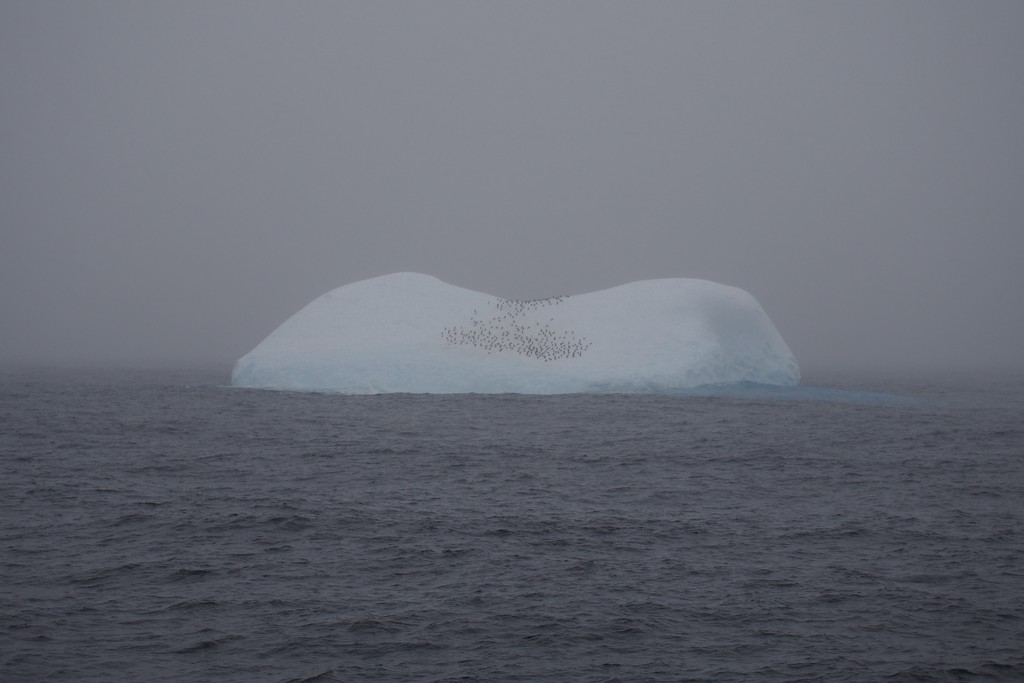 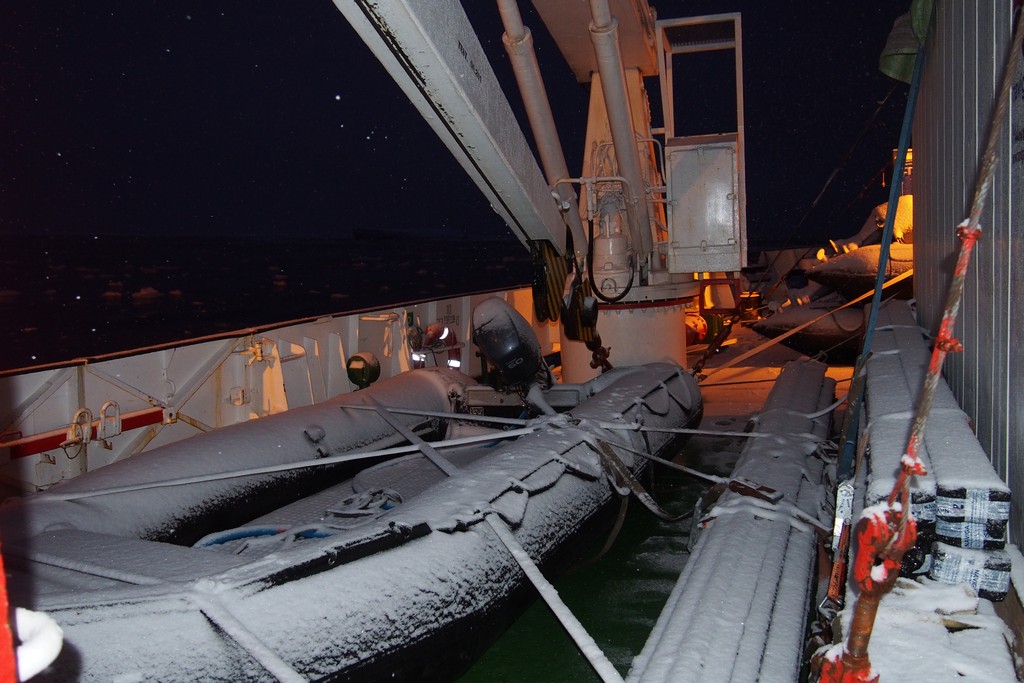 We were preparing for, probably, the most important task which was before us – unloading the ship and delivering all needed things to Lions Rump, where two of our friends are going to monitor birds and pinnipeds and, of course, The Arctowski Polish Station.

It was also the time of saying goodbye to Russian crew people. We changed addresses, gifts and we took some memorial photos. 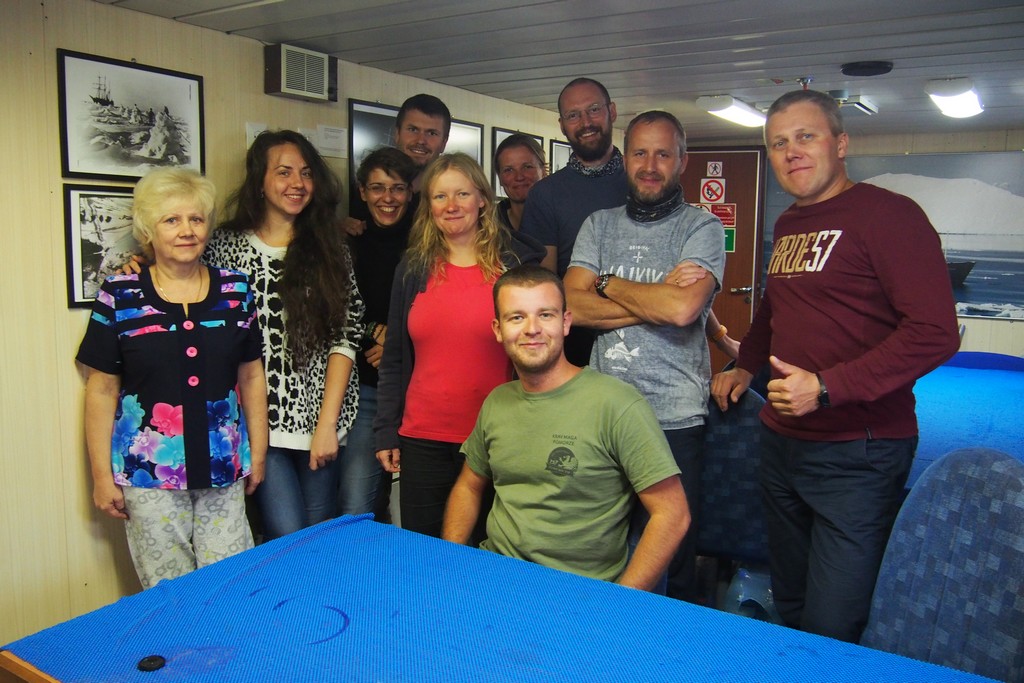 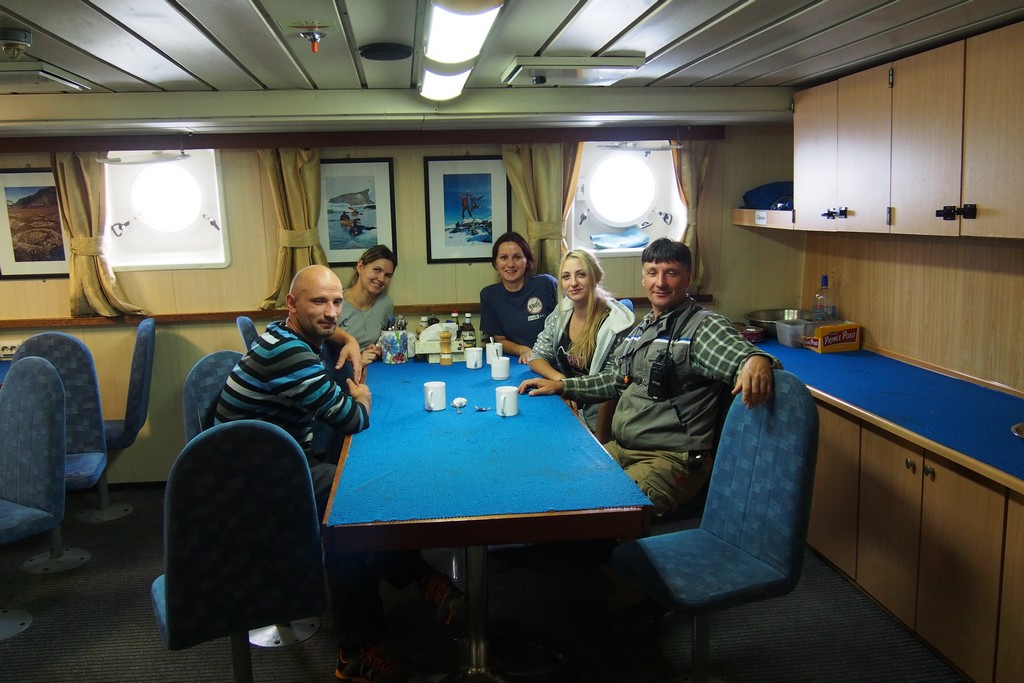 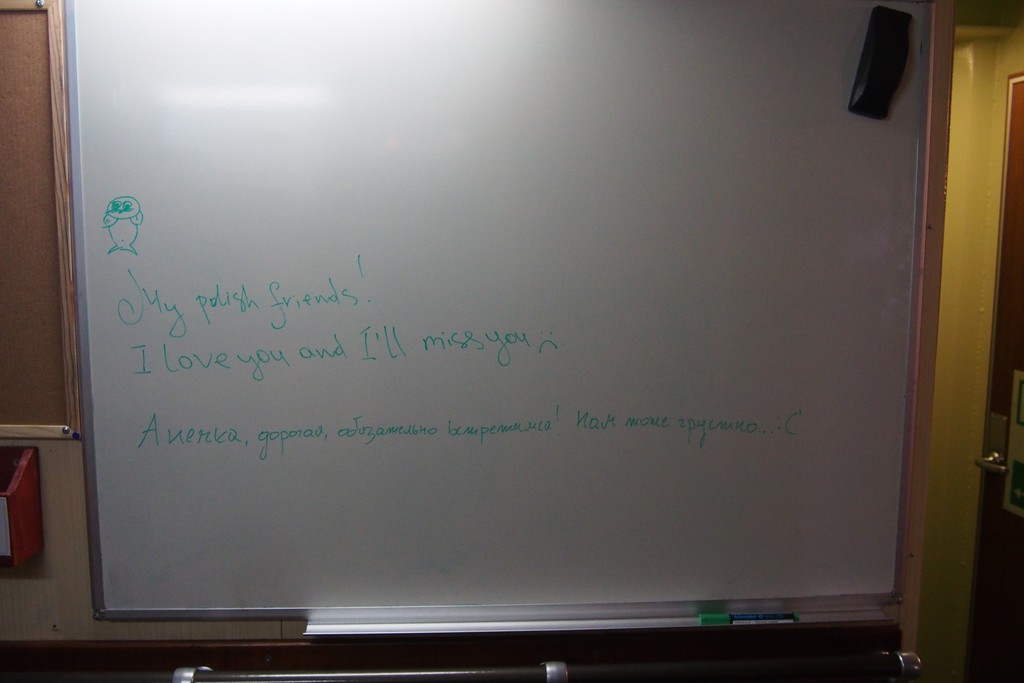 On 27th October we came into the mythical Drake Passage. It wasn’t so horrible in spite of all appearances so there wasn’t any seasickness or a huge wave. On the next day we crossed The Antarctic convergence zone and then we felt that some reality is just behind us. We flow into fairy tale that we have been dreaming of for so long.

On 29th October we finally saw the land – South Shetland Islands. All of us were running so fast just to see the view we were looking for. I think our faces expressed many emotions and everyone, for sure, had so many ideas. The atmosphere was much tense because in changing weather conditions there was a risk of pack ice falling down and we had the time limit to unload the ship. And then the Polar Pioneer was supposed to move to Argentina in to order to take the tourists which bought really expensive cruises just to see Antarctica. We had to think how to unload the ship and what to take as first and so on. 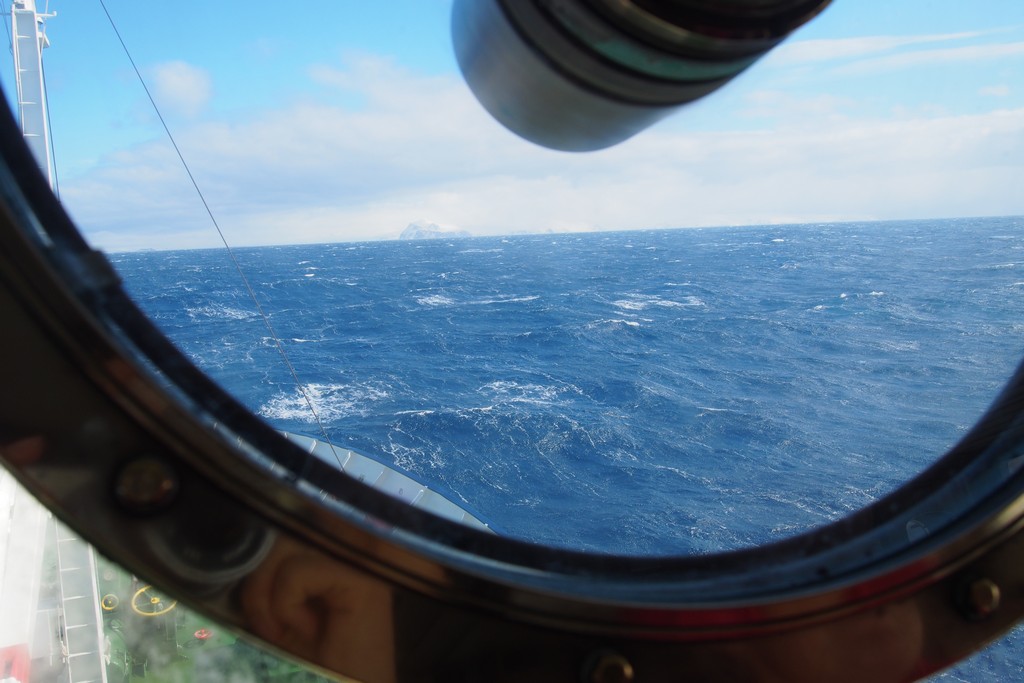 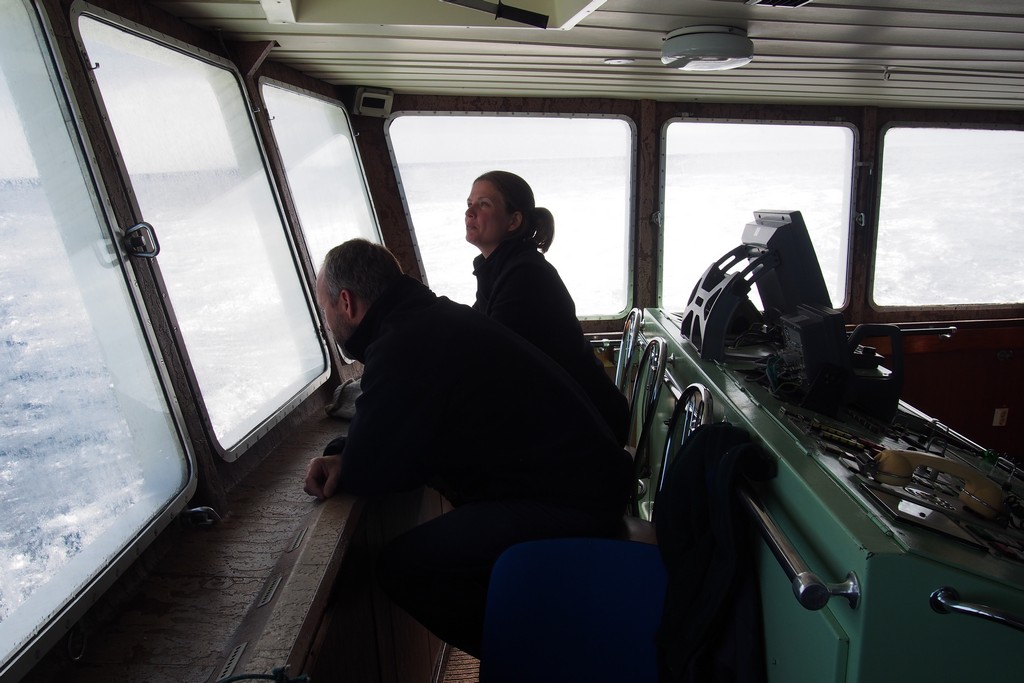 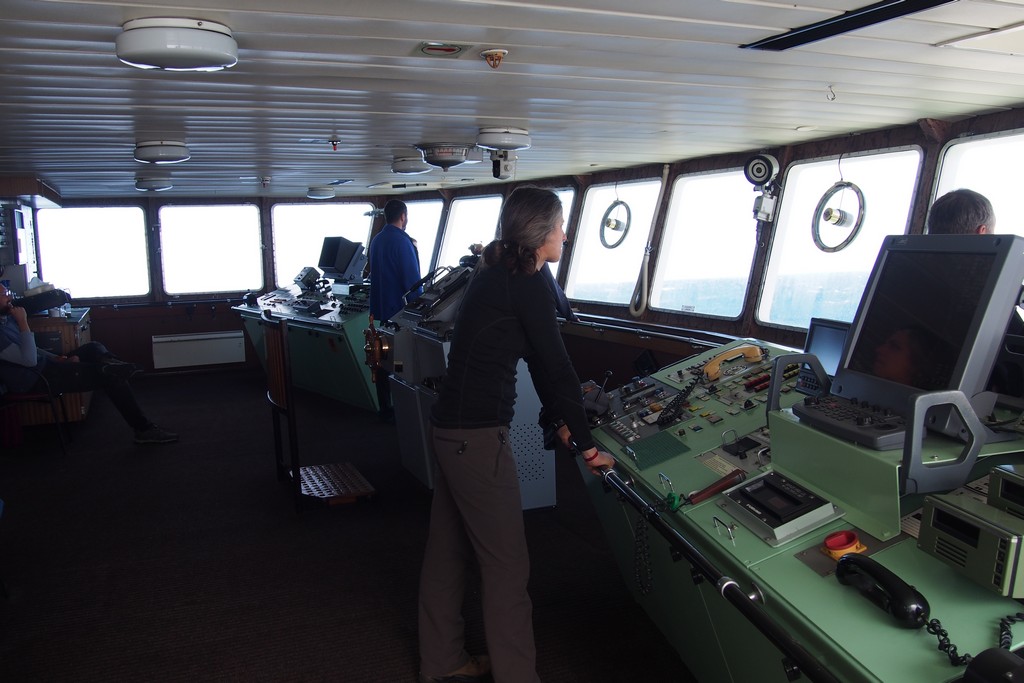 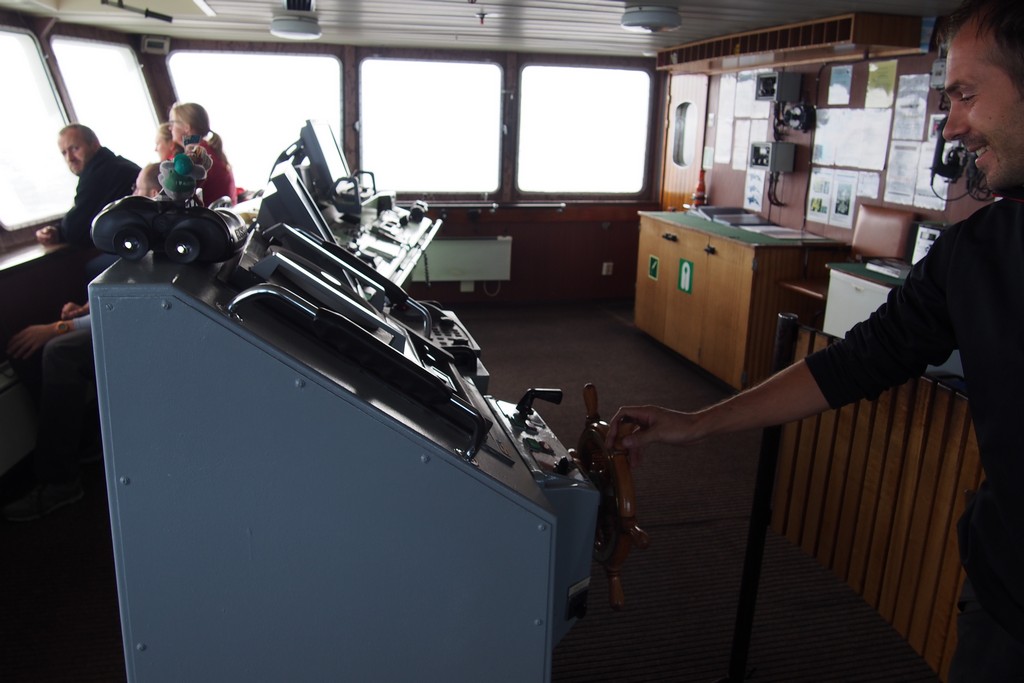 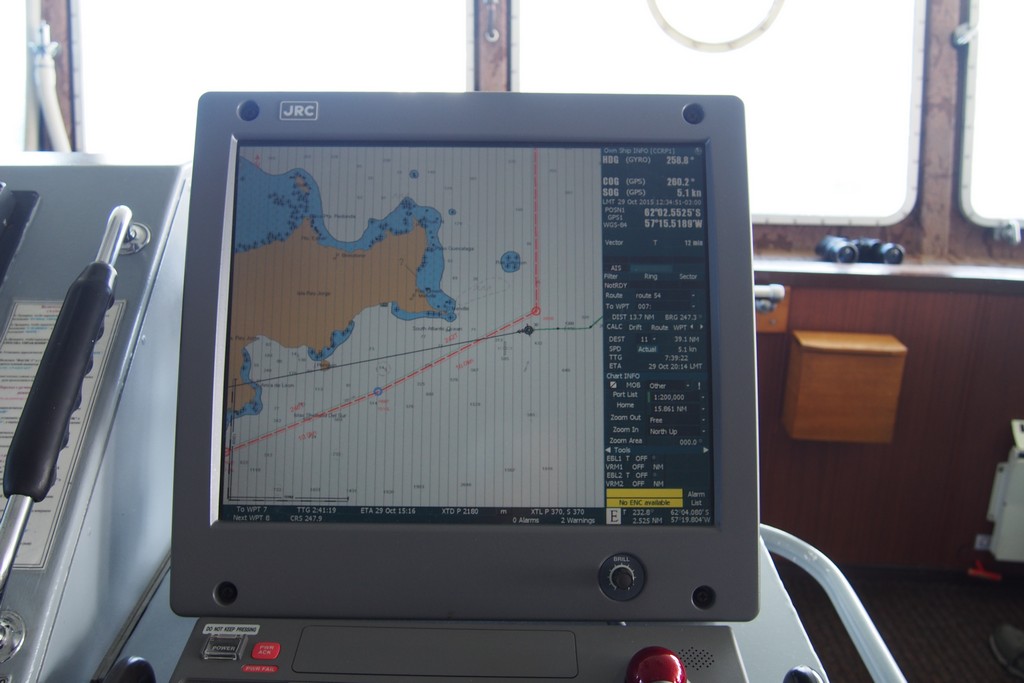 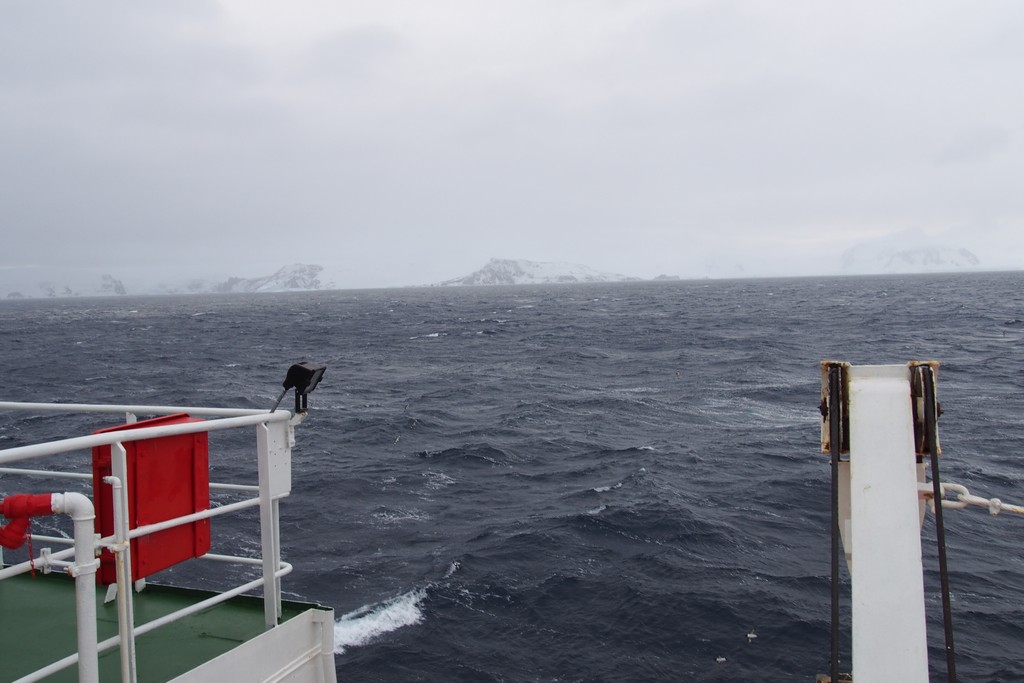 And finally, at 11:06 pm same day we stayed anchored at Admiralty Bay. We even mistook the world directions. We had to come back to reality quite quickly, to concentrate and to take all our power because we were about to unload the ship which was very tiring.