In one of the previous posts we were writing about photography equipment which we have taken for our expedition. While cruising down by ship there was an occasion to try it – the sled type kite with a span of 2 metres.


We concluded that kite aerial photography will be a good destination, taking the advantage of weather conditions at King George Bay. So, we started completing the necessary equipment from June by using some tips of our experienced friend (Greetings for “Icelander”!) and some internet sources, as well. The kite was sewn in Poland and we bought a big rewinder online, in China. The Dacron type string was from the USA. There were also some little things like swivels or rifles that we bought in some local fishing stores.

The first tests were carried out in Cracow and while the trainings in Gdynia. You can see photos below (author: Anna Grebieniow): 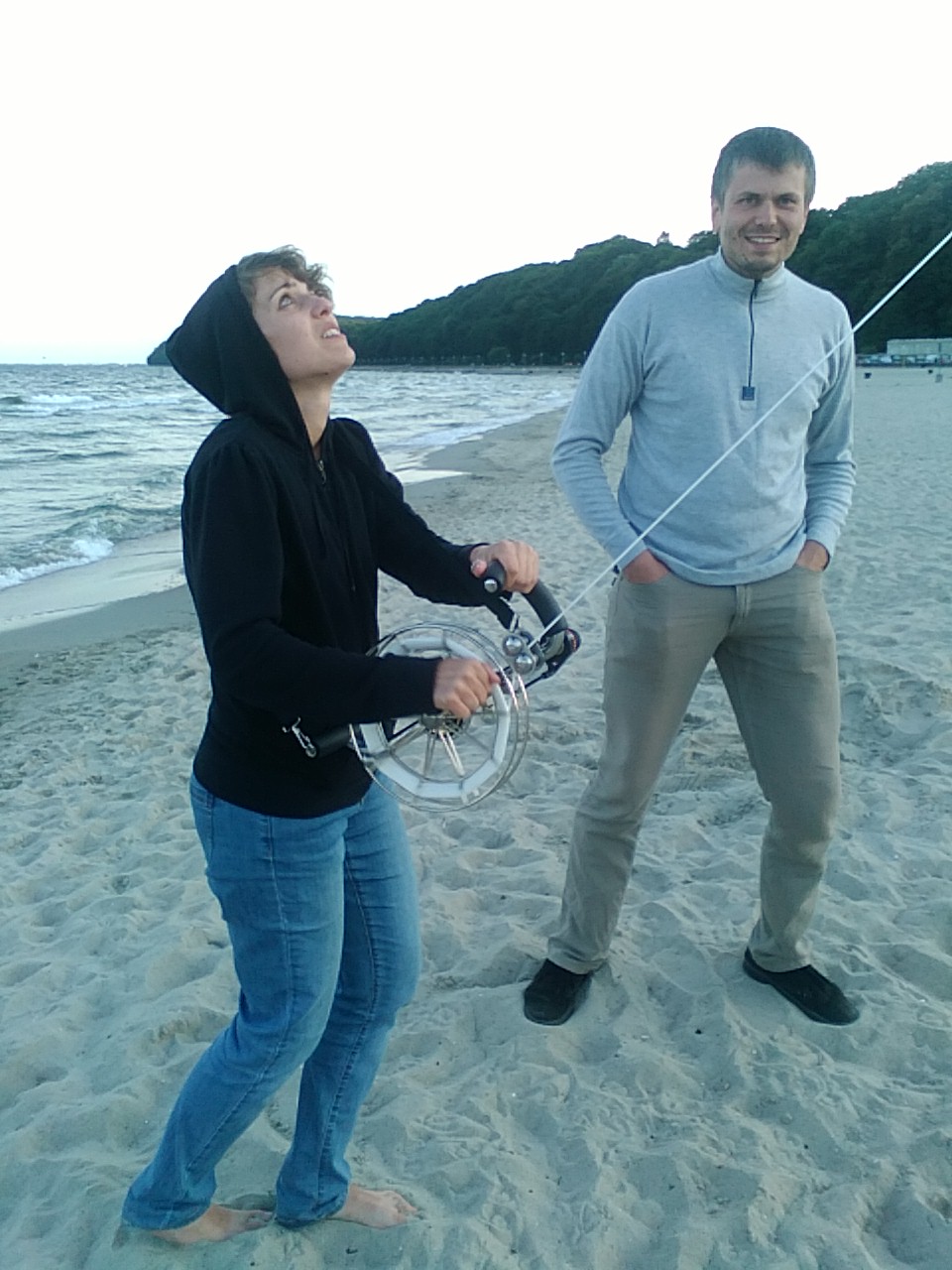 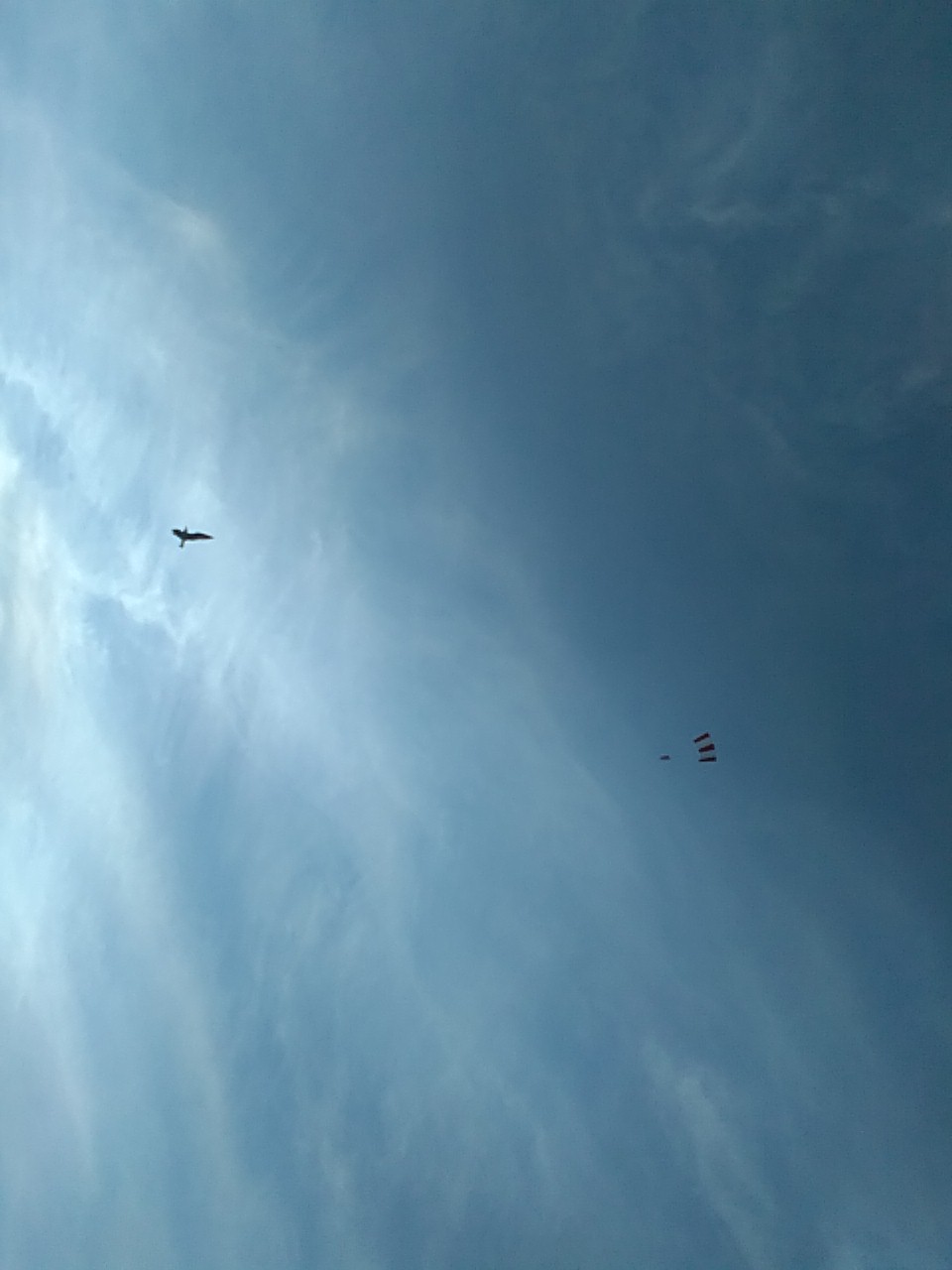 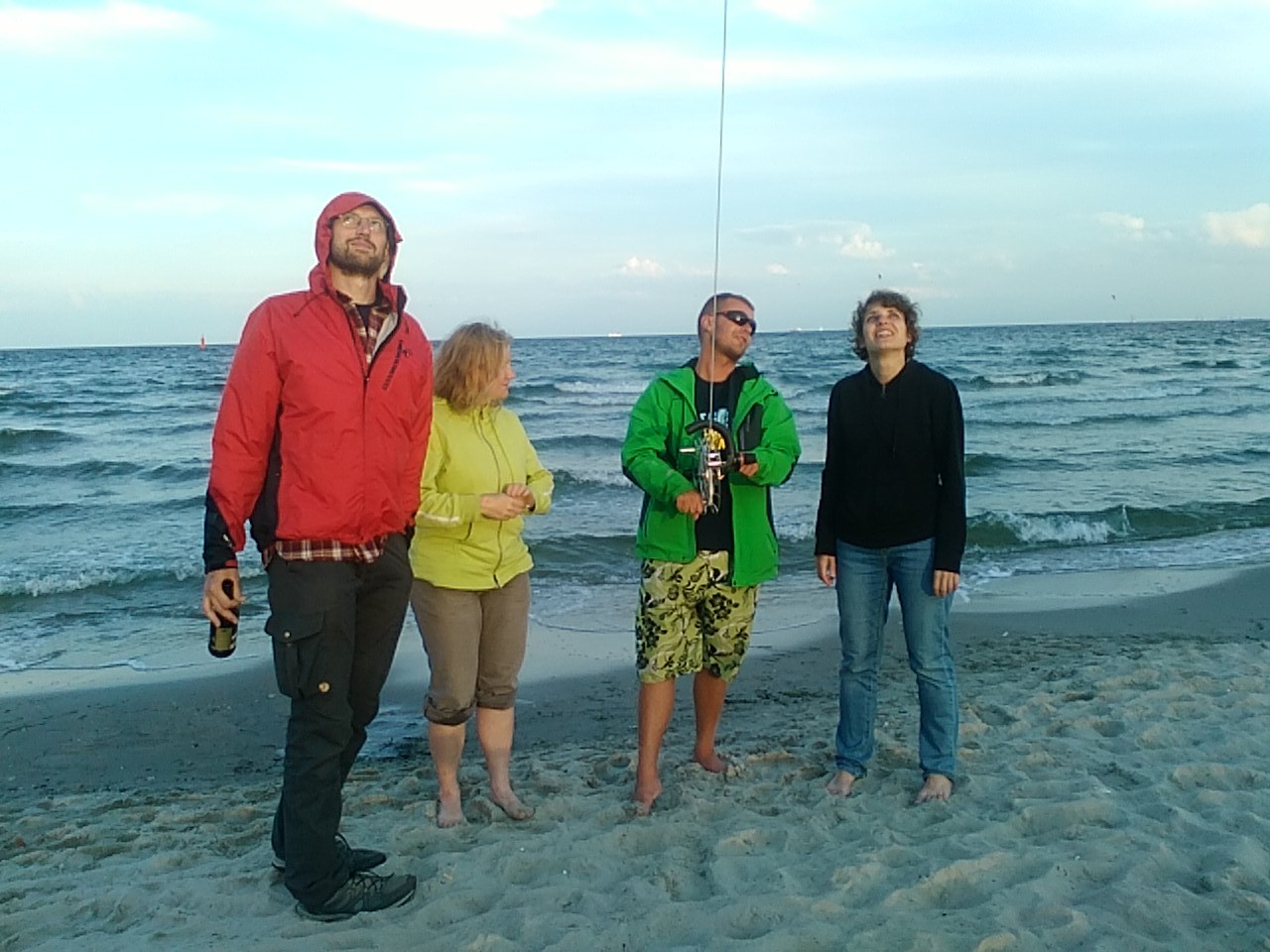 Apart from slightly damaged elbow and nail, which was the result of too short rewinder in relation to the strength of wind. At another time we didn’t take gloves so I think it just went good.

In order to fix the camera (SJ4000 bought in China, it’s very similar to GoPro2 with the exception of price) we made so called Picavet Cross and rig just right before sailing out so we didn’t have time to test it then.

So, we started toughly and we figured out that the tests would be performed… on the ship. After negotiations with the Russian crew we got the permission to let the kite go right from the stern. We were waiting for the moment and proper strength of the wind. It finally succeeded (there were 3 successful efforts). Best wind was from one side of bow (unfortunately, we didn’t have an opportunity to measure the wind speed).

There was Picavet cross on the string 10 m below the kite. It was hooked with some special clips. So, thanks to that, no matter what the angle of string was – rig kept the webcam horizontally. They were first of its type and they came out quite well. 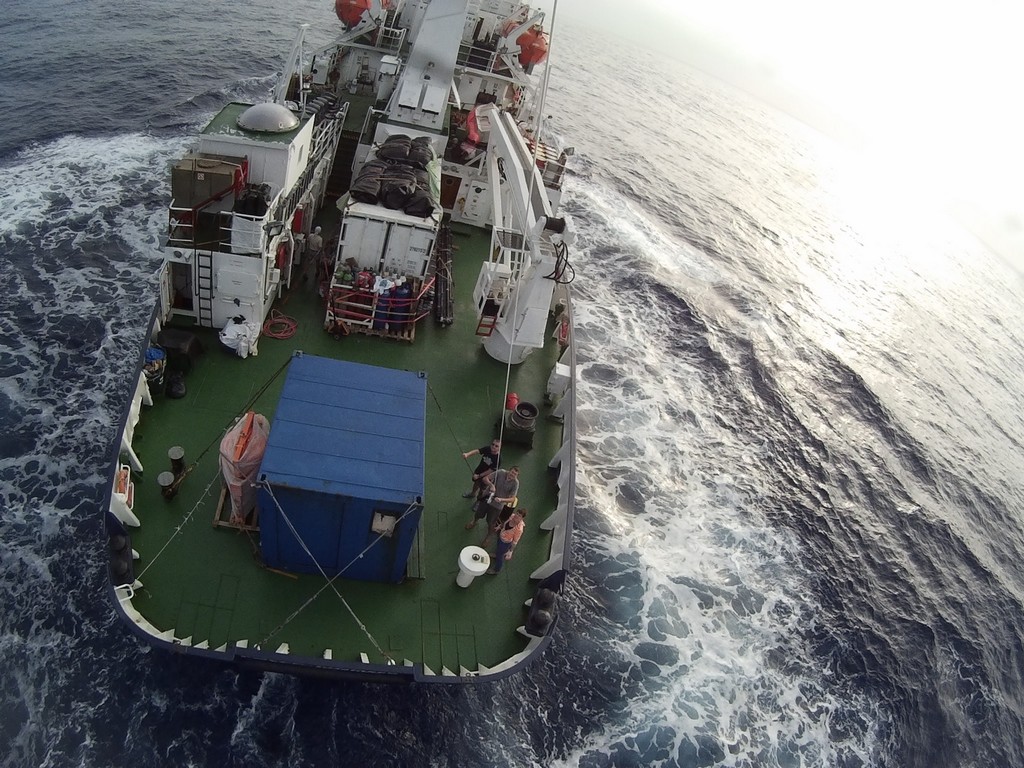 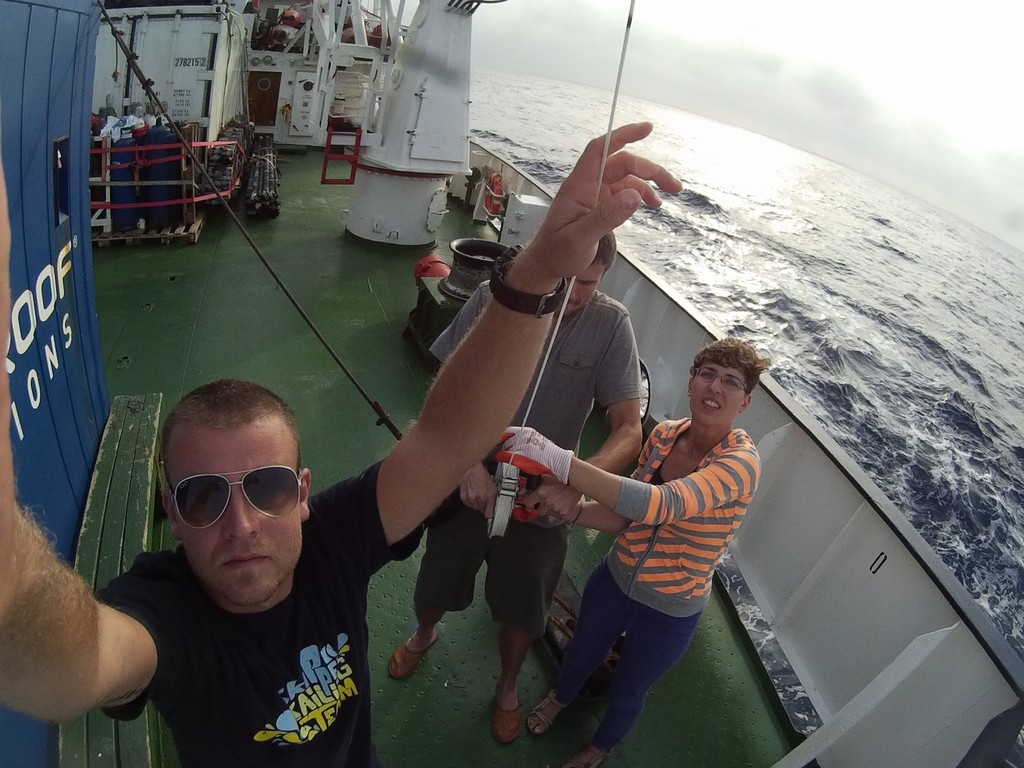 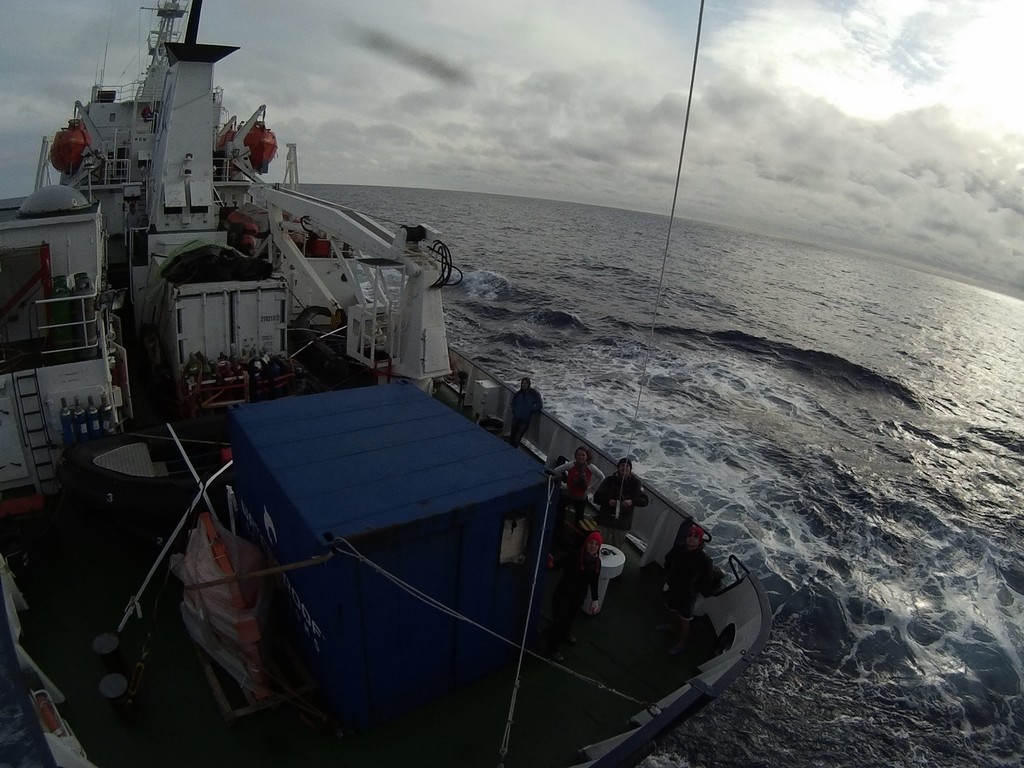 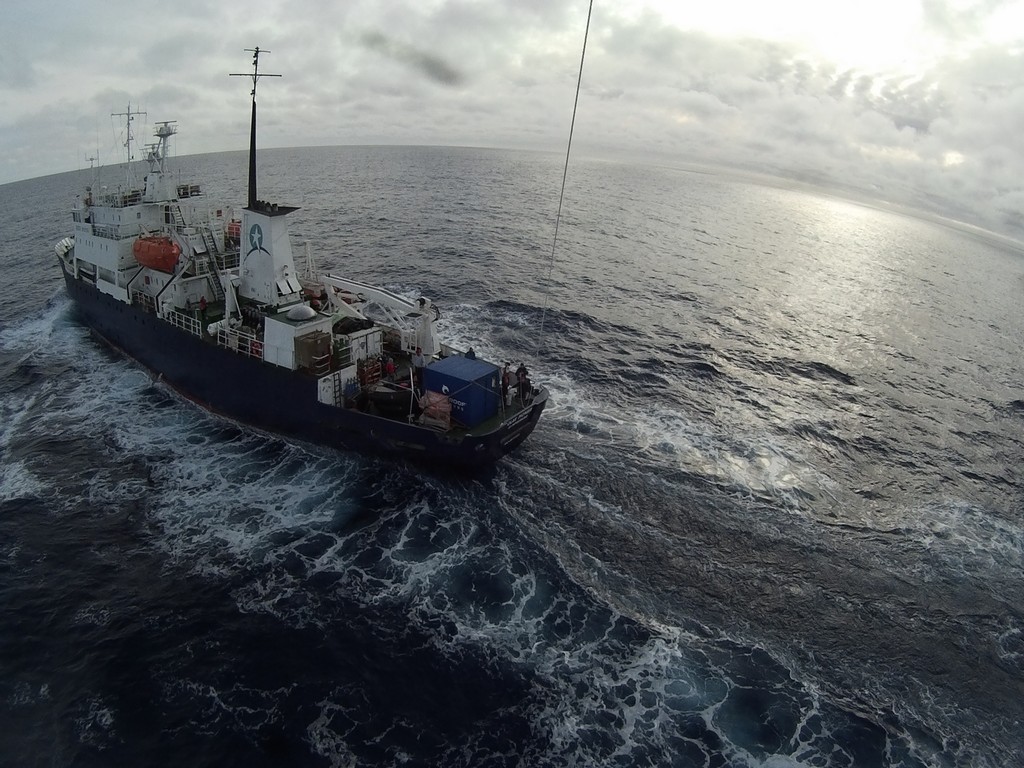 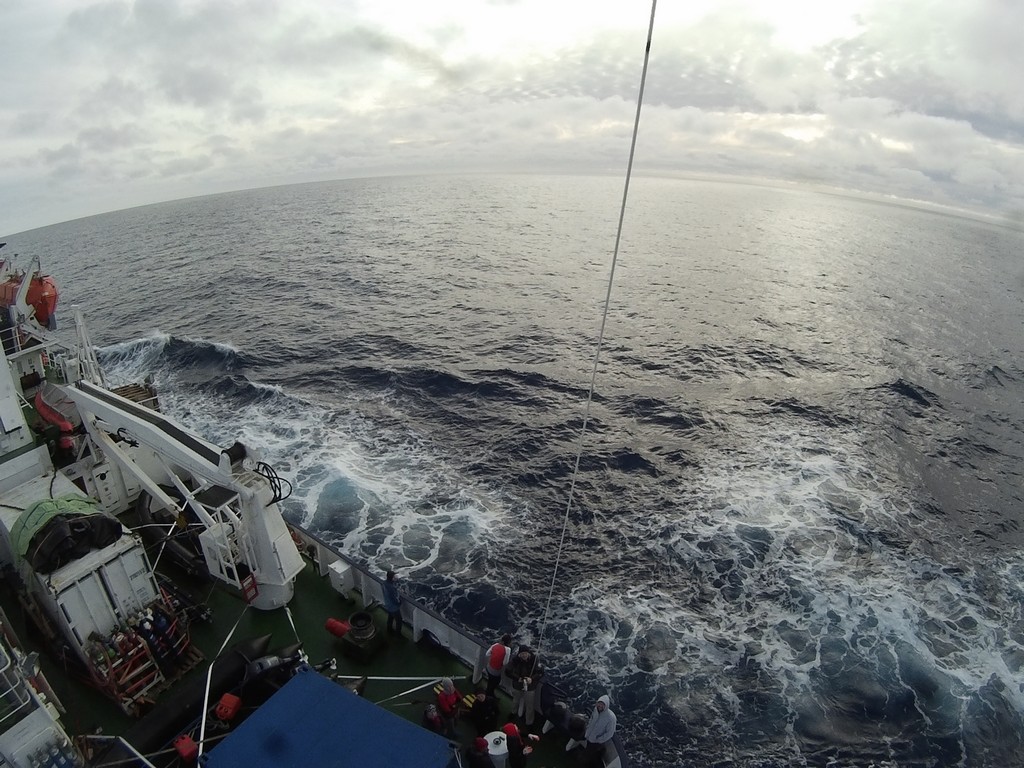 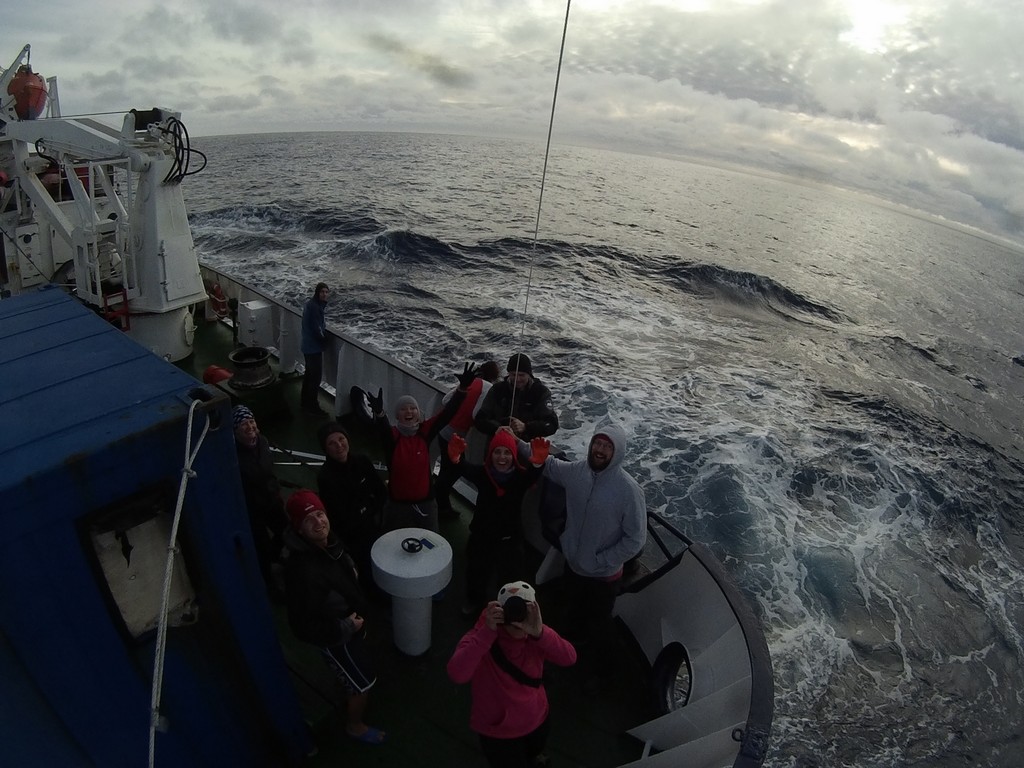 And some more photos with our struggles – taken from the ground this time (a huge thanks to Ania for pictures again): 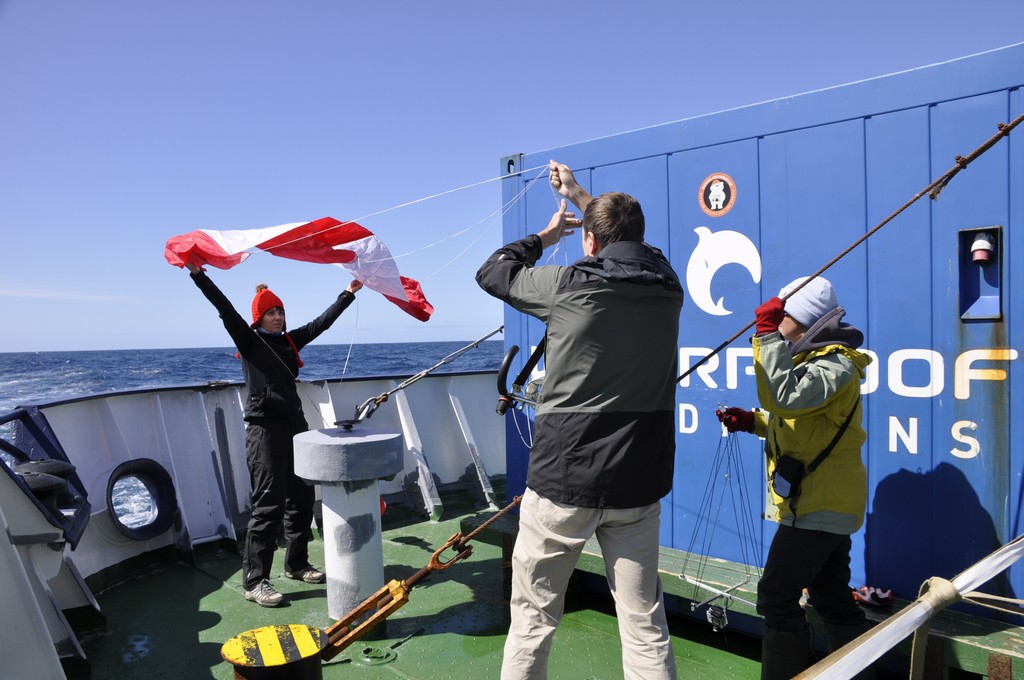 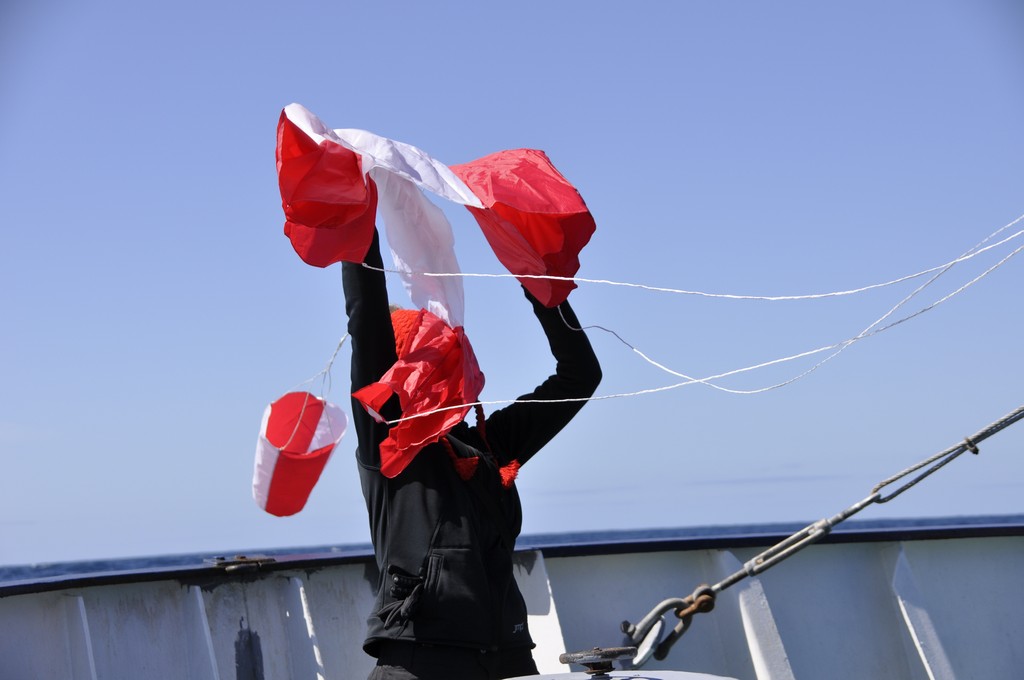 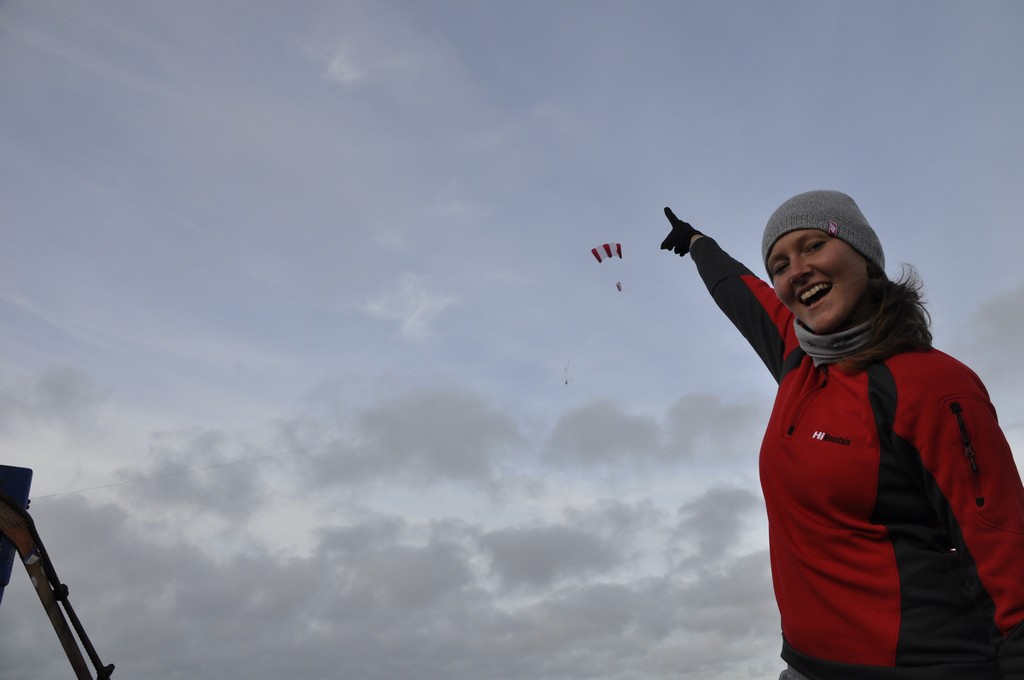 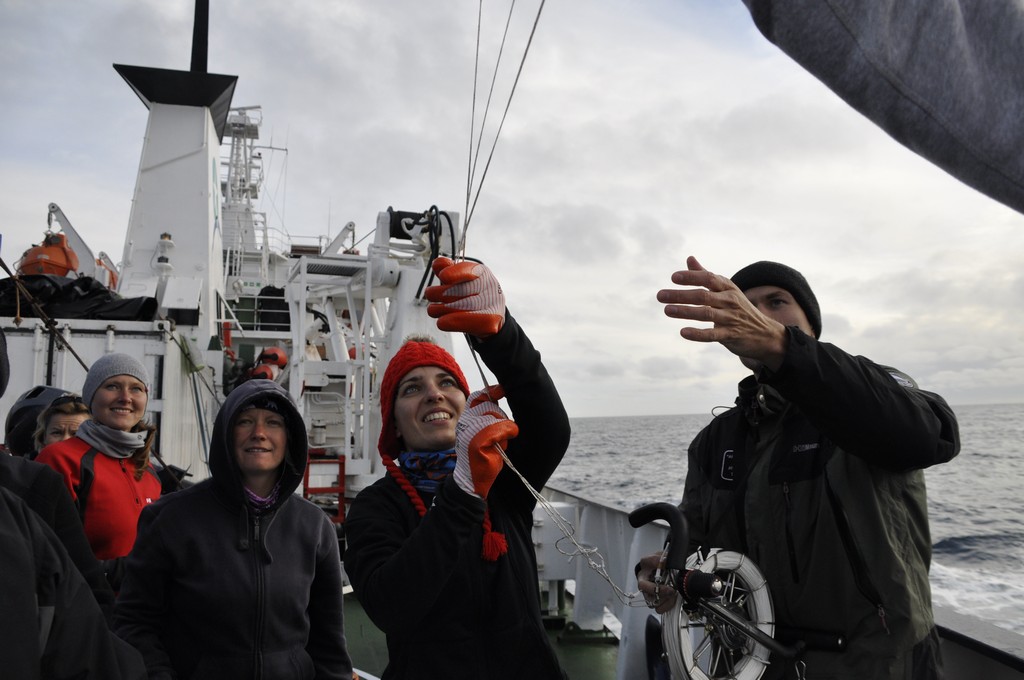 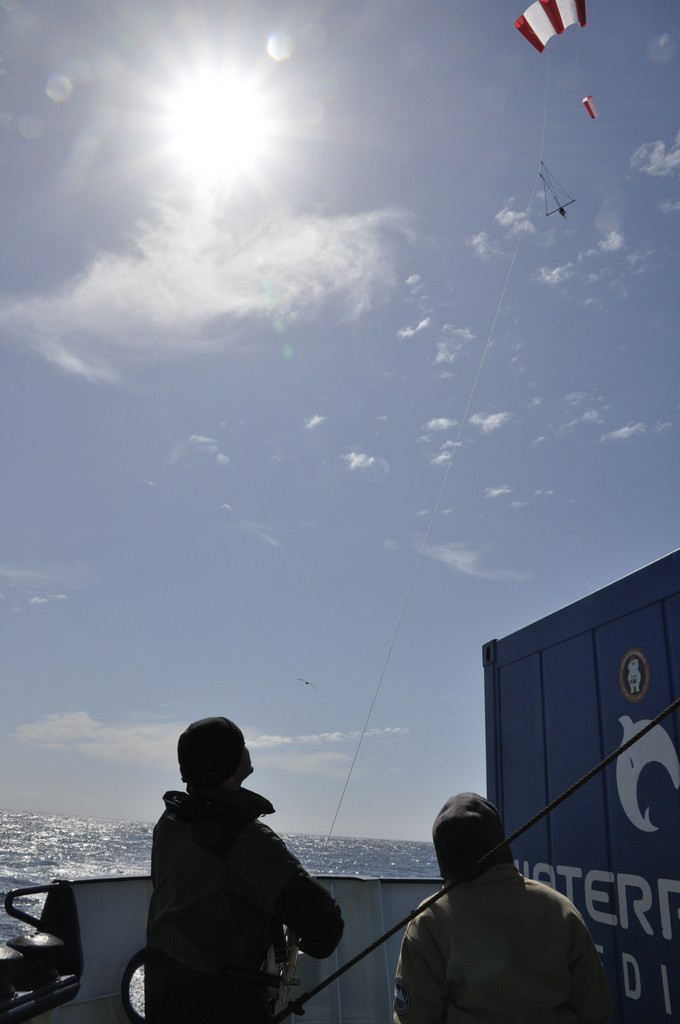 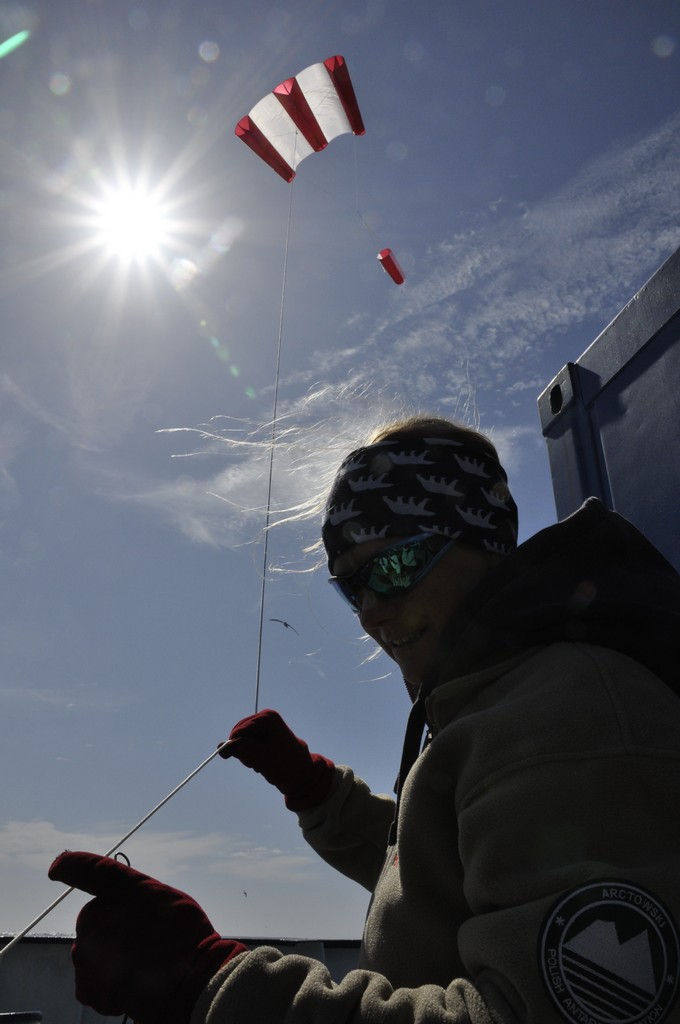 More tests are yet to come 😉