The changing temperature gives once the thaw and another freeze the thaws caused, that’s why it is hard for us to move around the station not to wriggle. However, adding to it the crystal – clear water got a possibility of admiring the colorful views and taking beautiful photos.

For example, like these photos of Mszarnik (green, protected area), which surrounds from one side the area of the station: 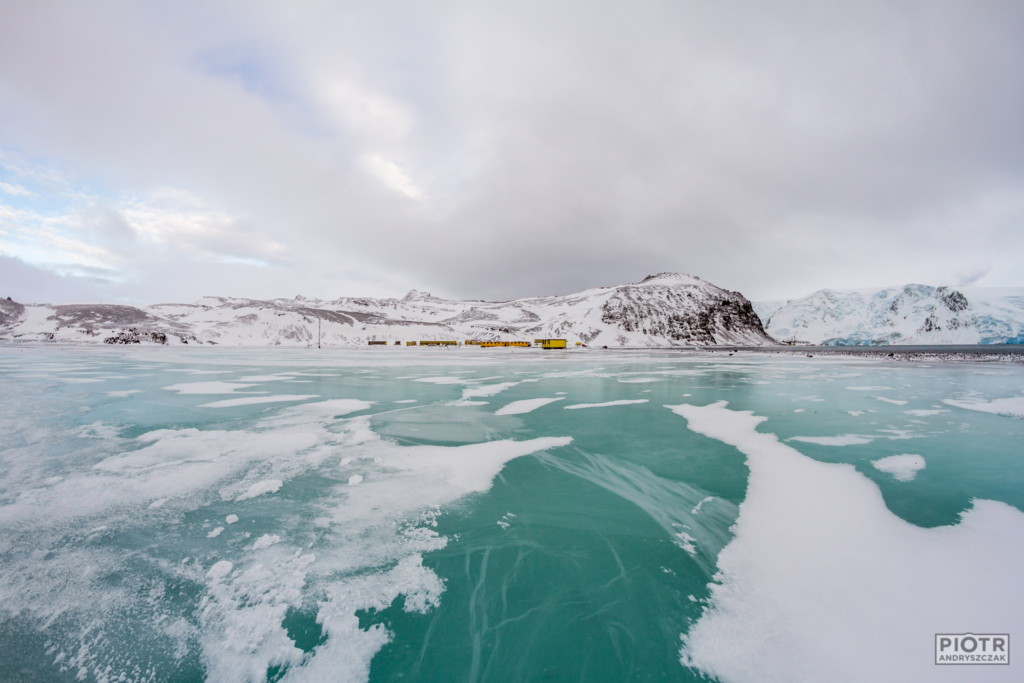 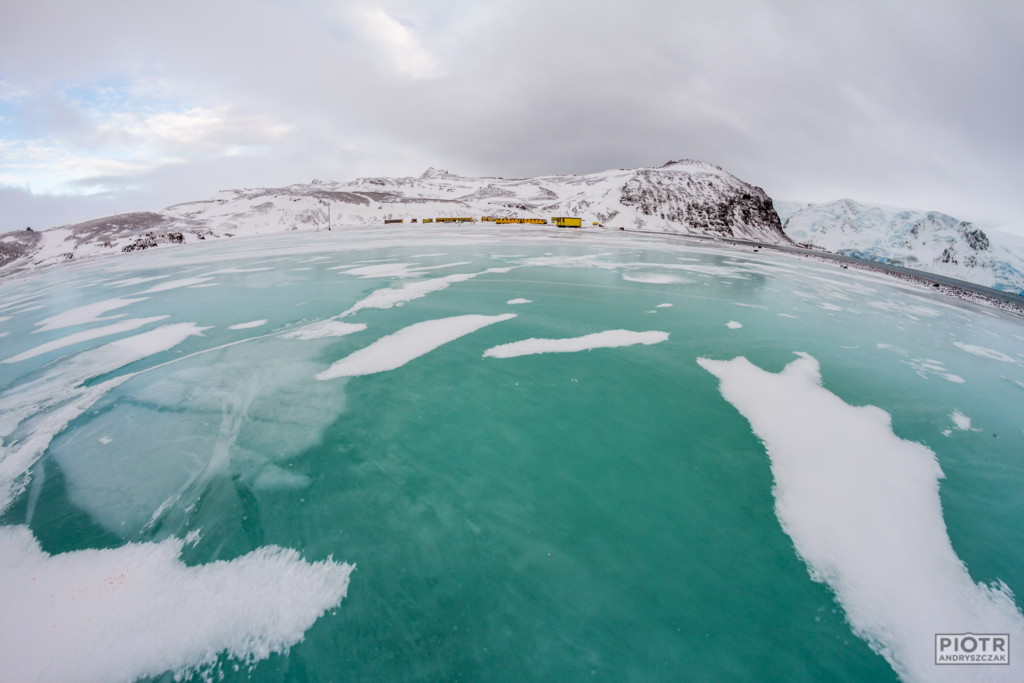 Going forward in the direction of the lighthouse, we can watch ice – covered rocks of Shag Point and Tourist House bends to destruction. It is hard to take a look away from so turquoise water… 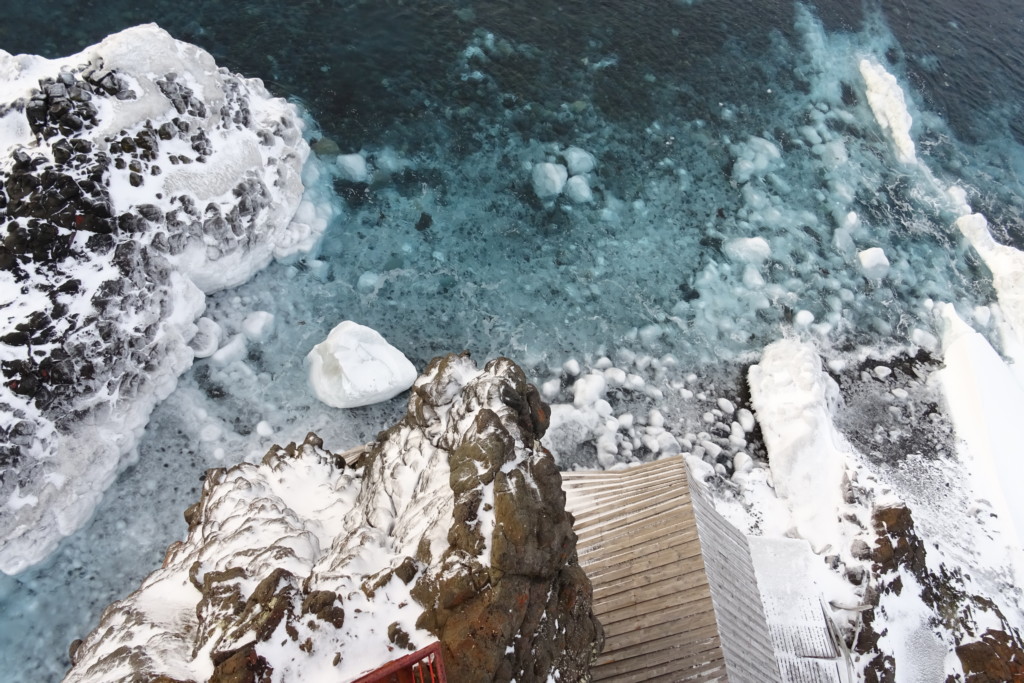 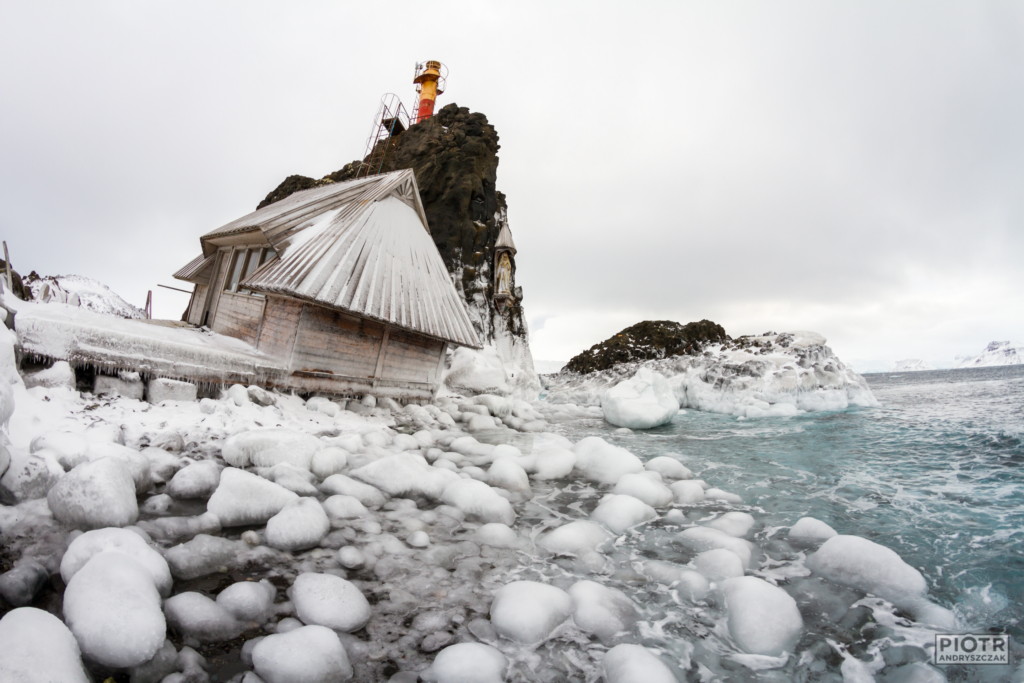 We also had a beautiful weather yesterday, as on currently conditions (the Sun was shining, and wind was blowing at the speed of less than 10 m/s), so we went to the Puchalski Hill in order to take some photos to time-lapse movie. After unfolding the stand and putting everything, we had one hour, which we used on walking in the direction of Ecology Glacier.

The sun was slowly going down in the West, and we used one of its last rays to take photos: 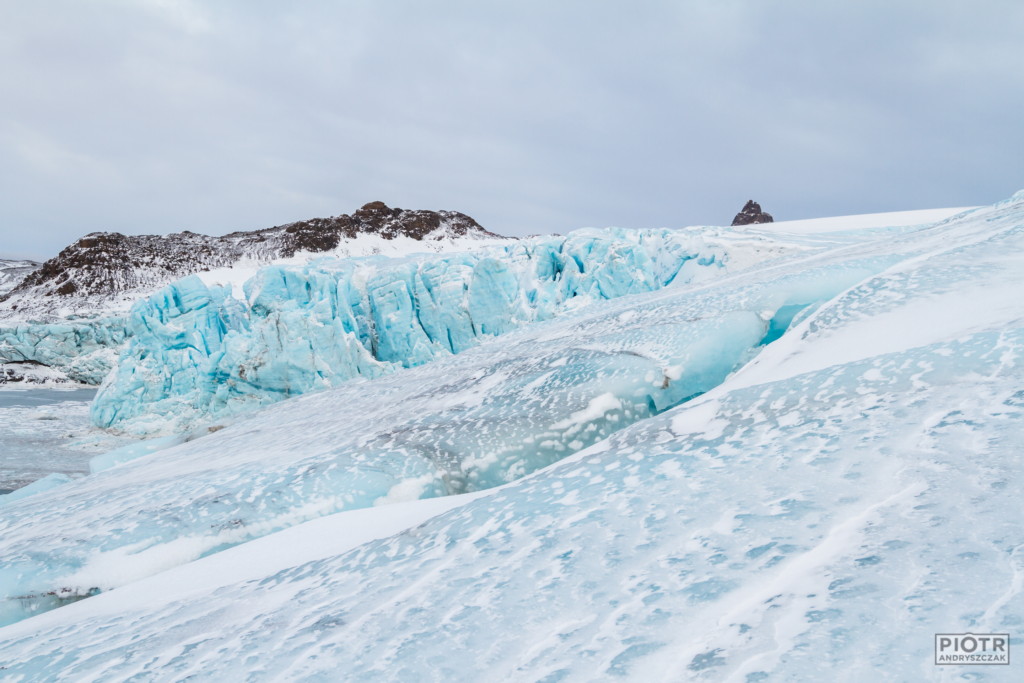 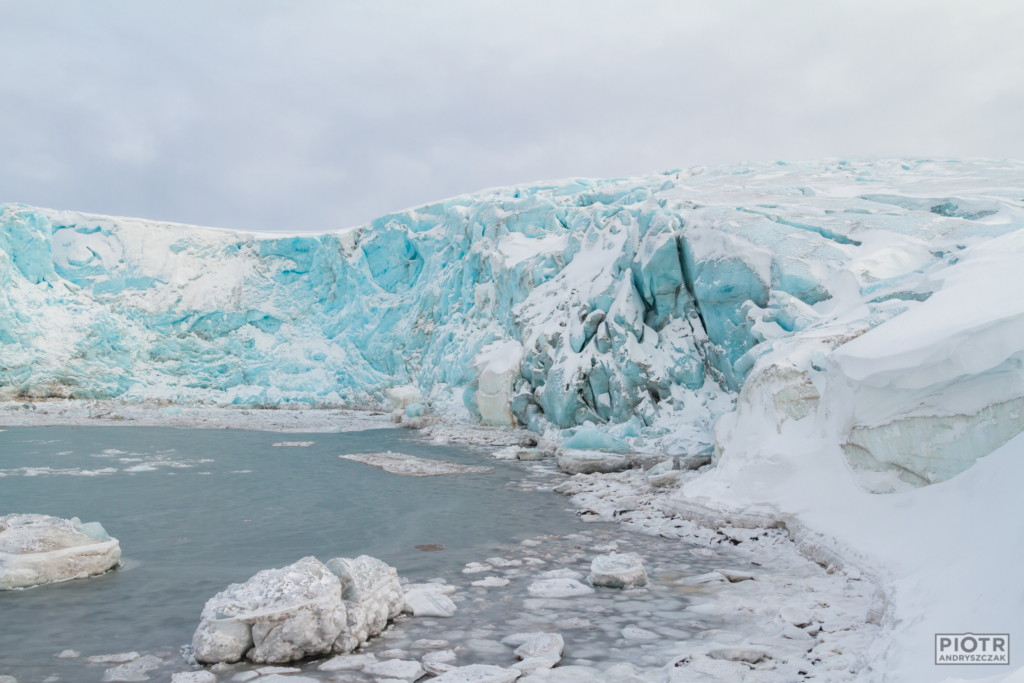 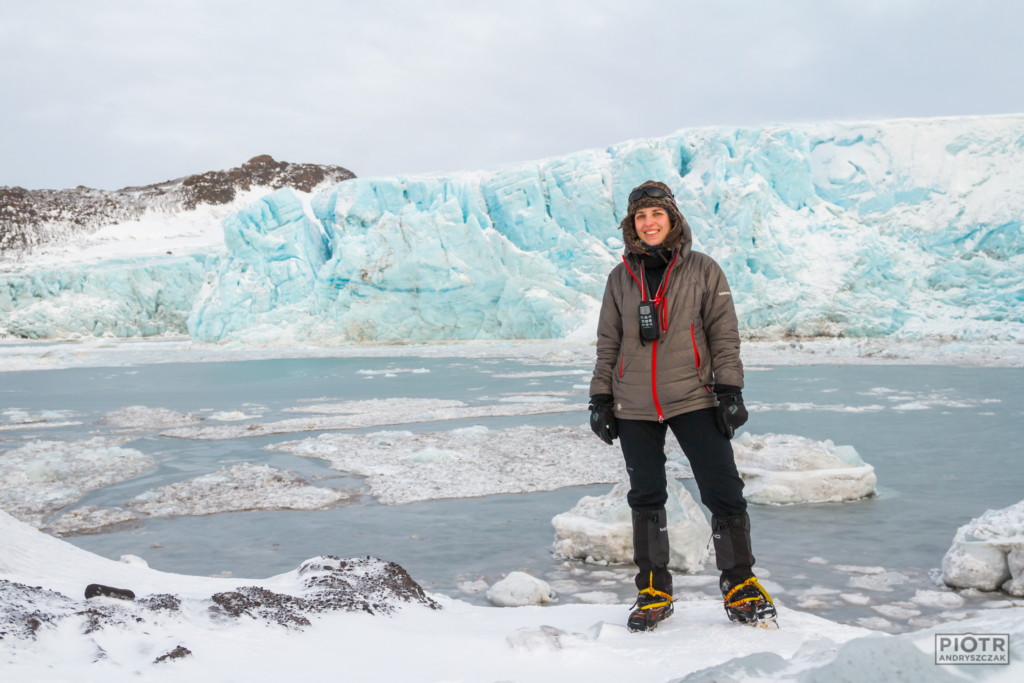 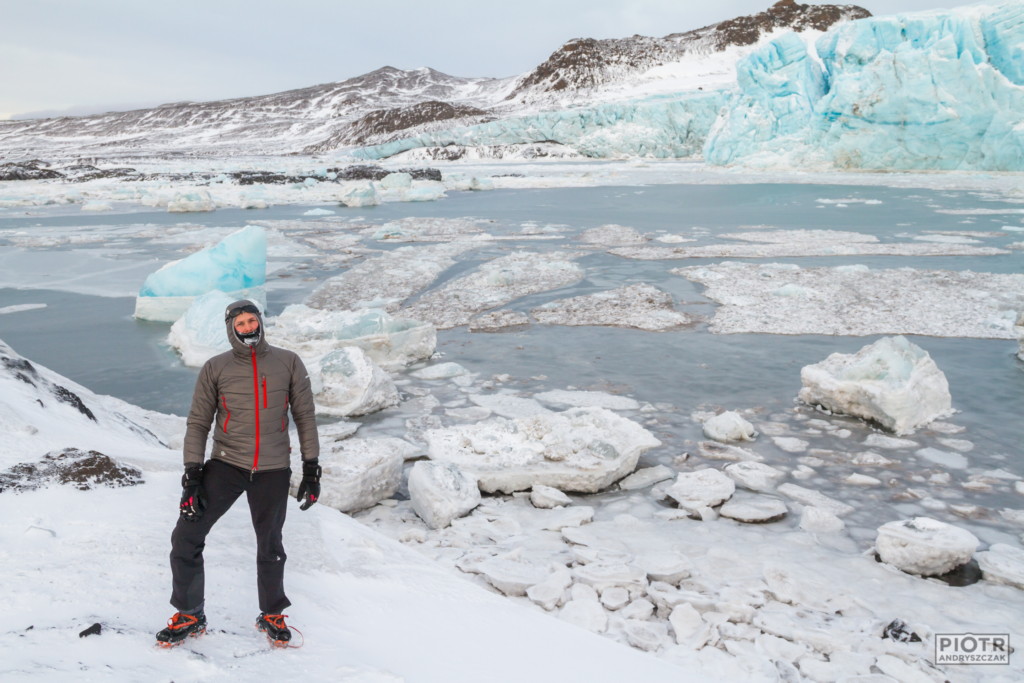 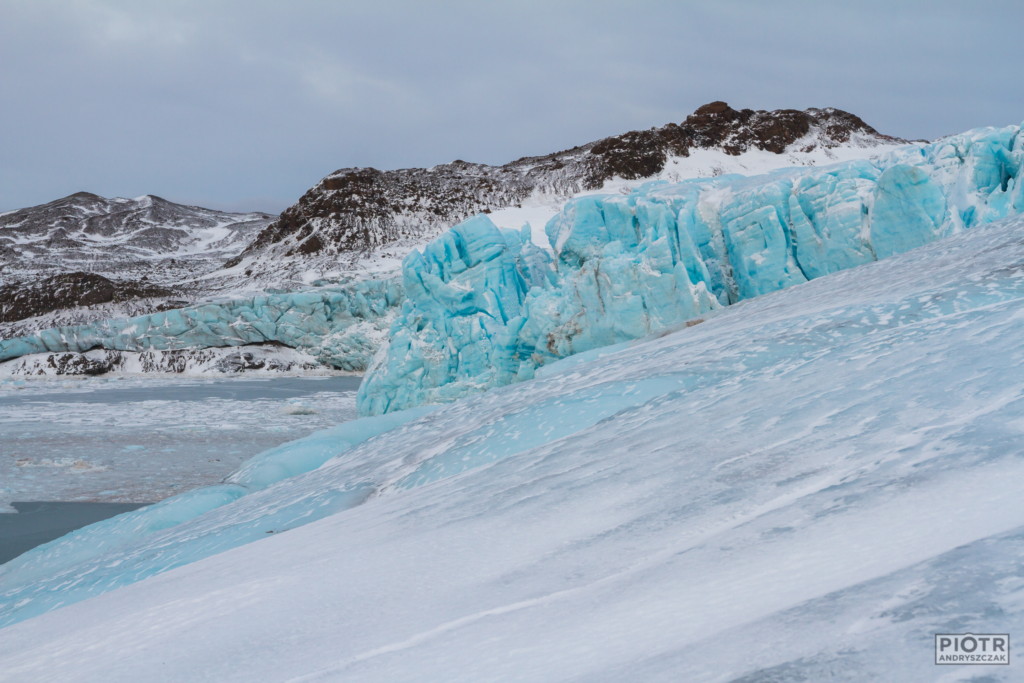 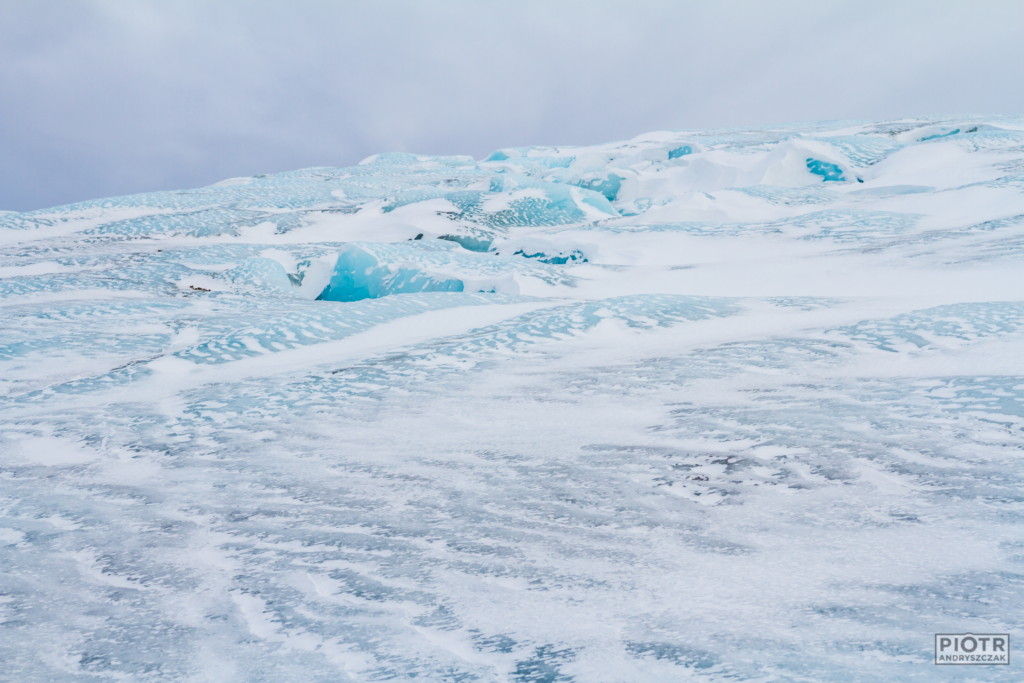 We saw the beautiful sunset during we were coming back with equipment from the Puchalski Hill. 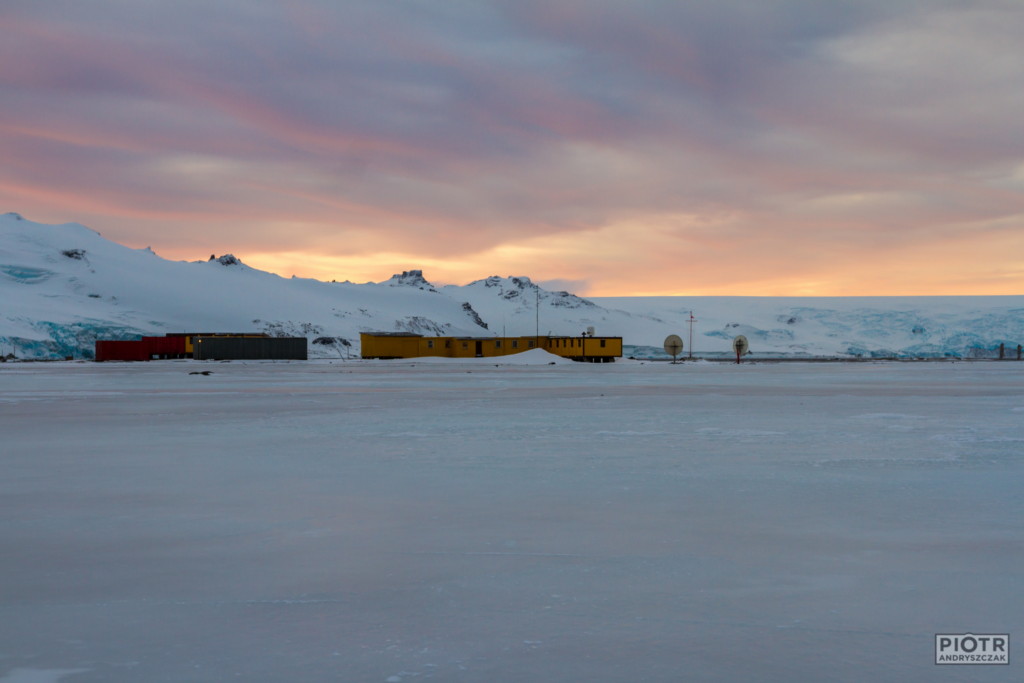