Icebergs flow into the Admiralty Bay from time to time and I have to tell their view is never enough for us. Especially, when everyone is in different shape, size, colour, and it presents itself so beautifuly according to weather conditions.

Icebergs are formed from glacial ice – they are blown to us from the Bransfield Strait and can come from the continent (the characteristic “top table”, flat on top, detached from the ice shelf), or created locally as a result of calving glaciers to the Admiralty Bay.

Their size is defined in different ways – I remember telling the classification: those which are above 300m² are called “icebergs” and those below 300m² are called “shard of an iceberg”. However, instead of that second name, there is another term that is used “glowler” and it’s borrowed from English.

This kind of classification distinguishes into the second group of stages successively such as bergy bit, small, medium, large and very large iceberg.

In addition to the huge variety of shapes, icebergs can be white or furiously blue, and even gray (in English it’s spoken black ice). The latter color comes from the fact that the rock material is trapped in the ice, which carries a glacier. 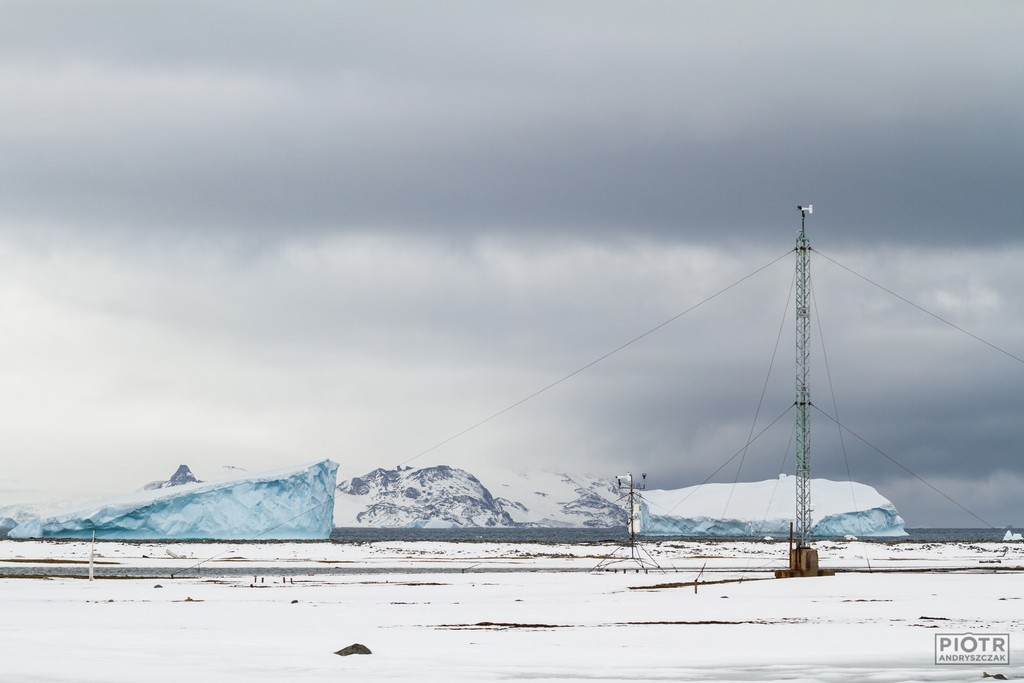 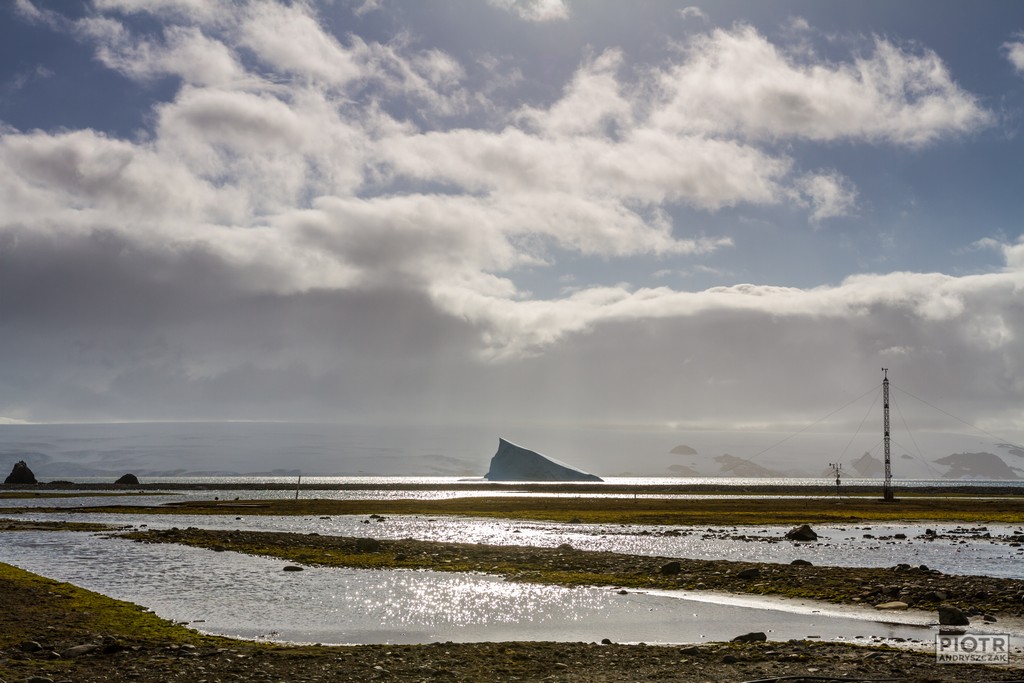 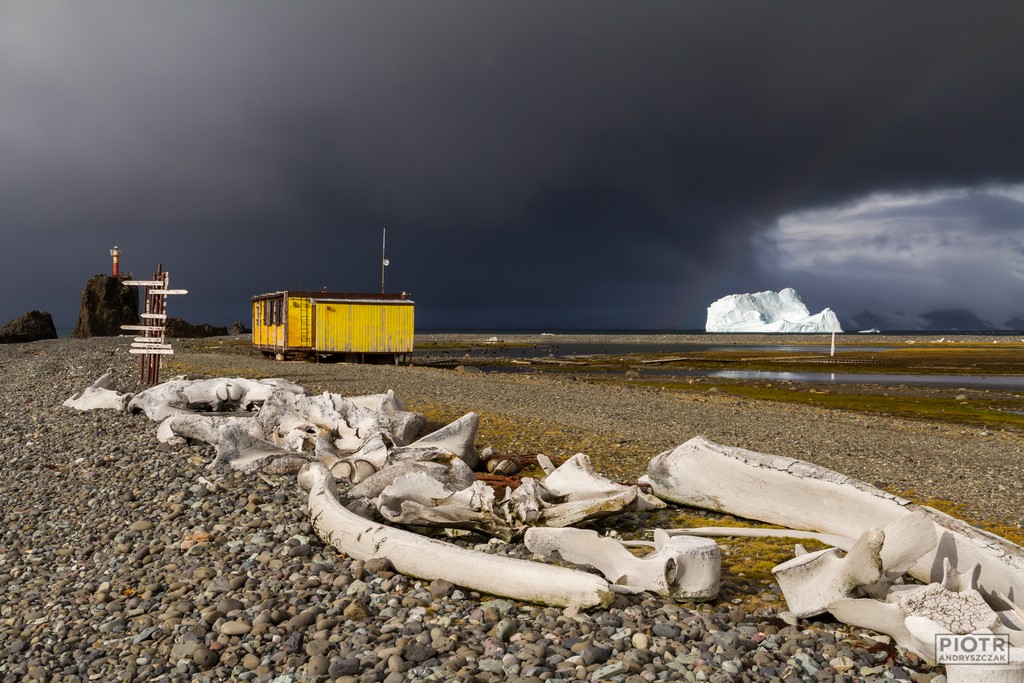 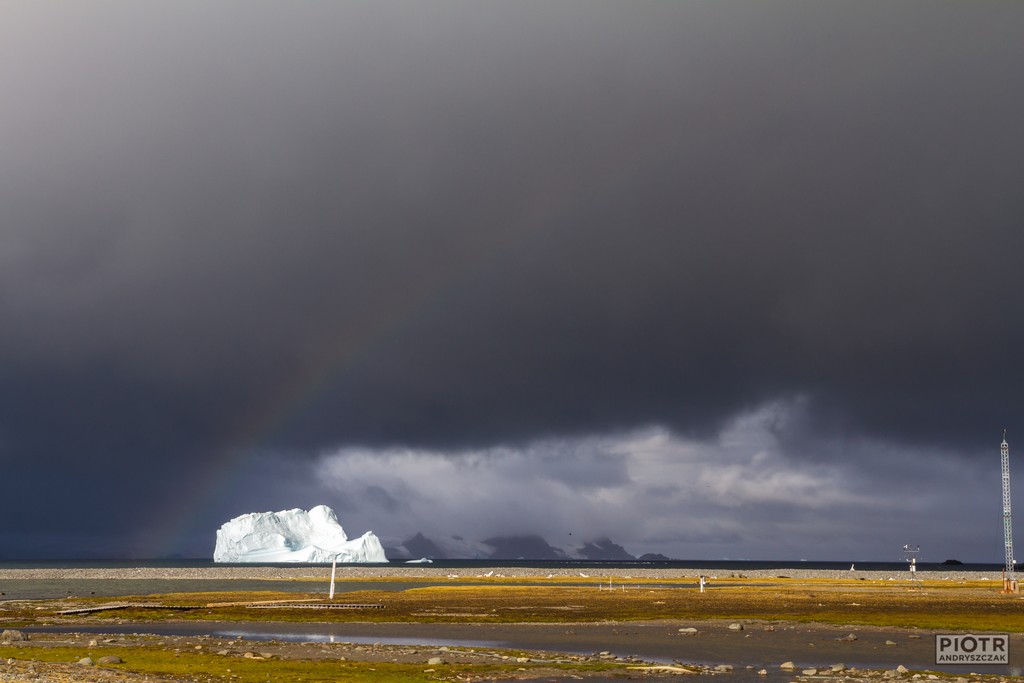 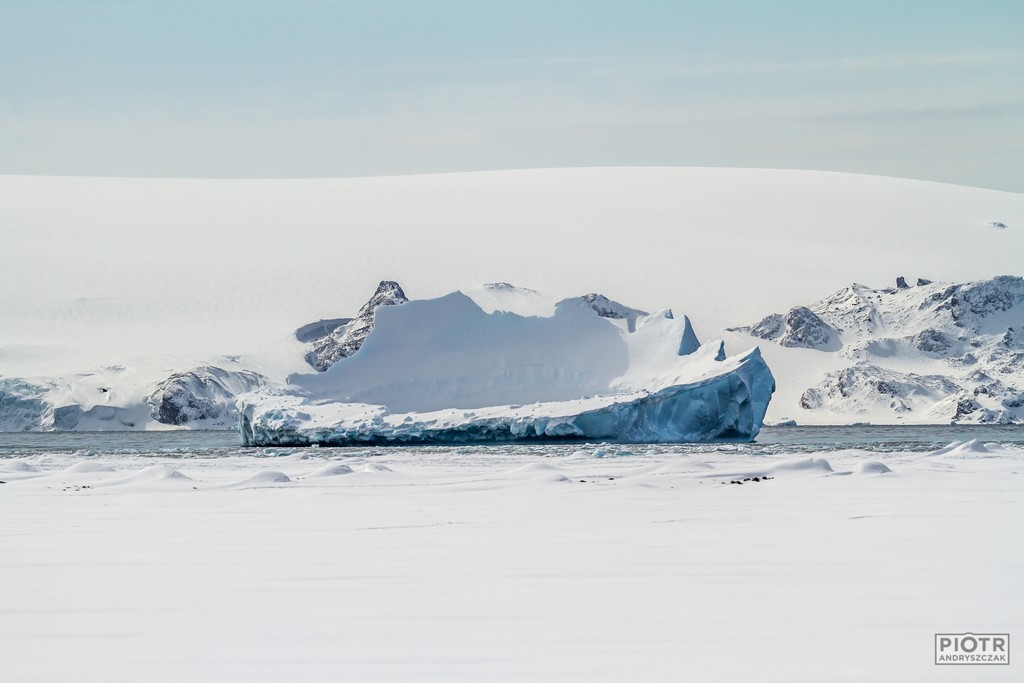 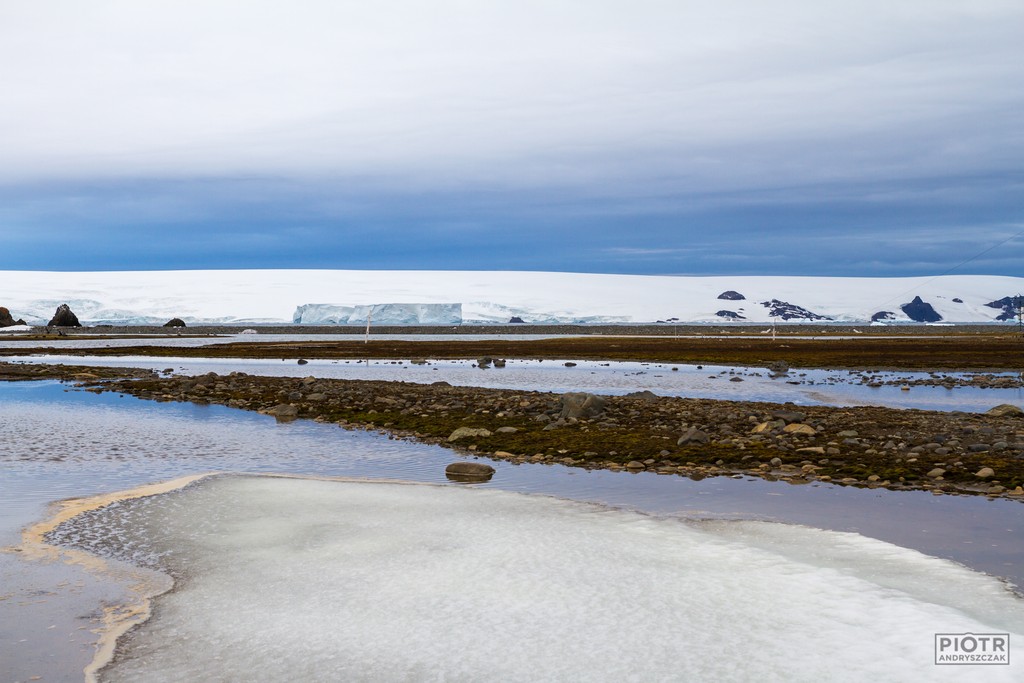 There was one iceberg which has particularly stuck in our memory, because of its shape that reminded us of Cracow Cloth Hall 🙂 It has arrived to the bay in the summer and allowed herself to be photographed with impunity for several days, until the wind blew it back to the open sea.

In Winter, theoretically, Bay should freeze which unables the visits of icebergs. But a couple of days ago because of strong wind the ice mostly disappeared and you can sometimes manage to see the ice giants on the horizon.