…that’s eaten storeroom, fresh vegetables and fruits as gifts and so many interesting stories. It’s the result of visits, that we had at the station. There were so many guests.

So far, 2 cruise ships have come to the Admiralty Bay – Sea Spirit and Fram. There were about 100 tourists on the first and 200 on the second. We were very frightened at the beginning, we’ve just taken over the station , and so many things are still left to do, and you have to spend almost all day with the people.

But well,  the devil’s not so black as he’s painted – it turned out quickly that those meetings have so positive attitude. Additionally, it’s not that logistical difficulty because the tourists can only visit the main building of the station, so called ”plane” (the name did not come from the shape but from the sound of wind that it makes with a huge speed, and actually reminds us of the plane taking off when you are inside) and they can move within 2 paths – from ,,the plane” path to the lighthouse and to the point where there is a label that informs about protected boundary area (ASPA128 – Antarctic Specially Protected Area), there are penguin colonies. Every path is about a few hundred metres. 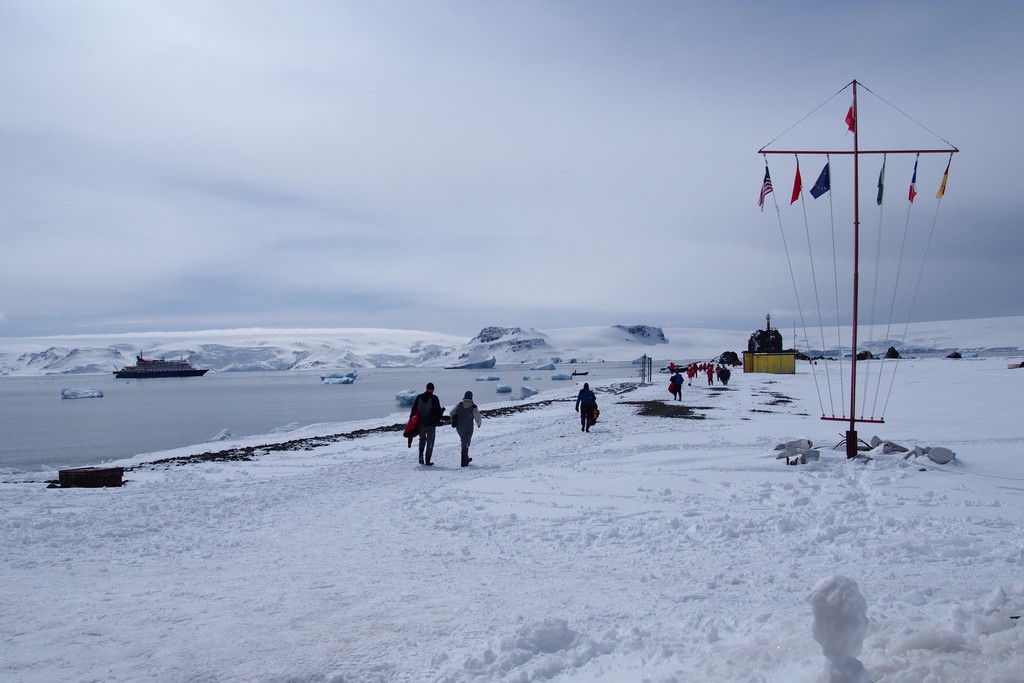 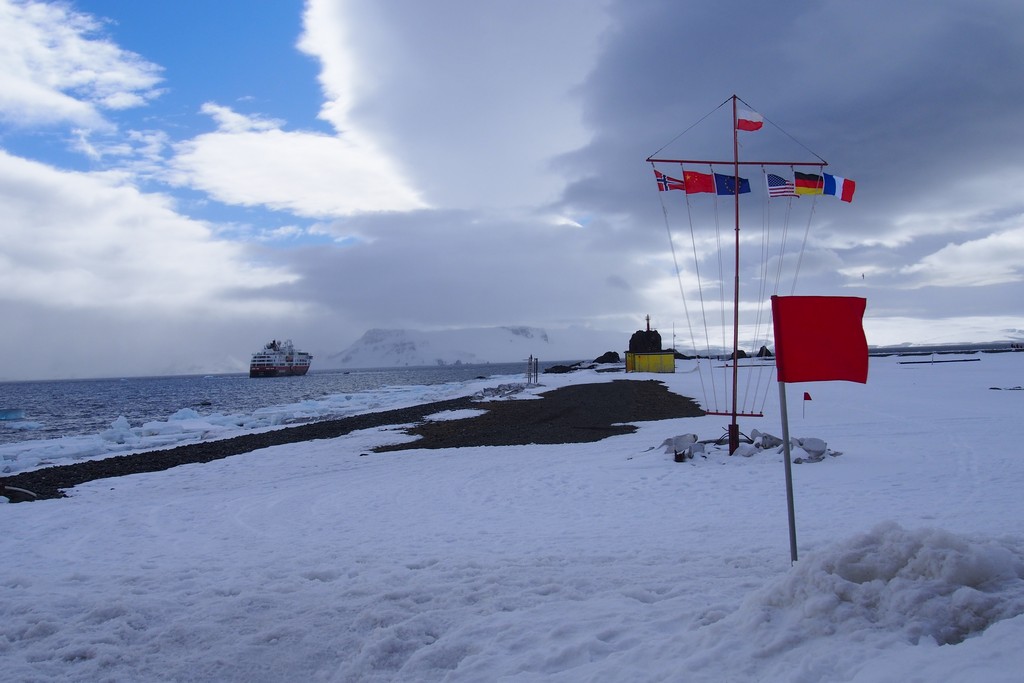 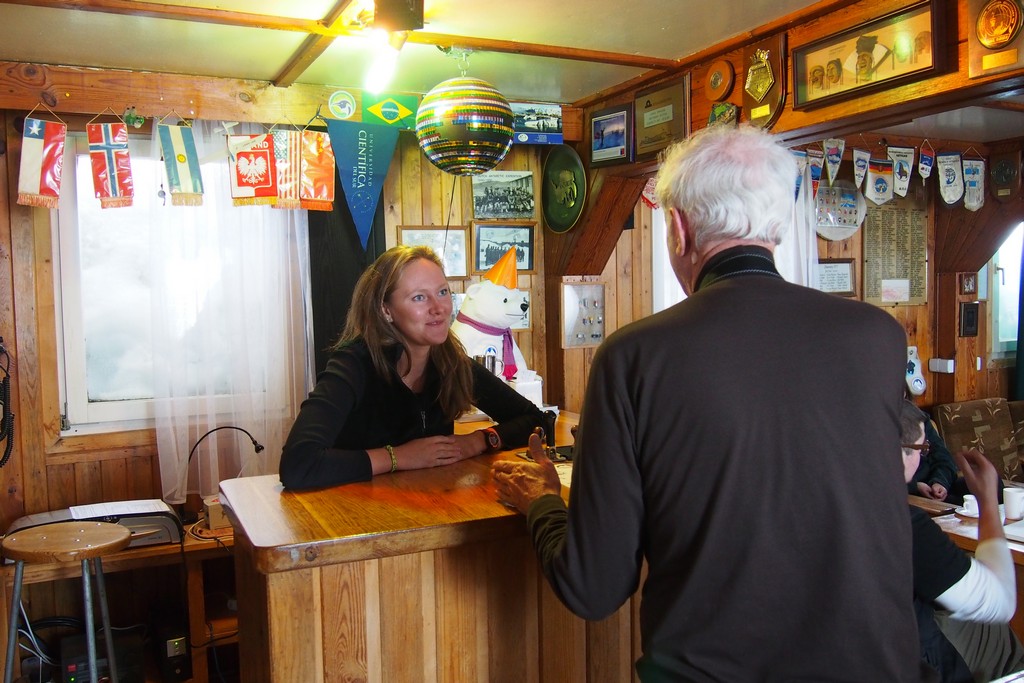 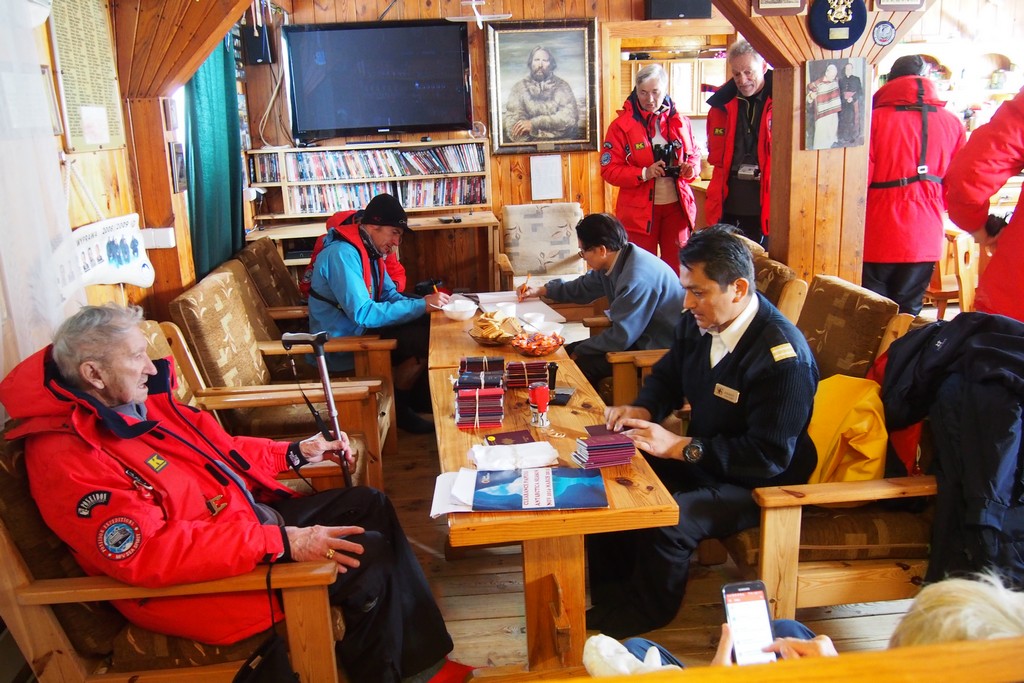 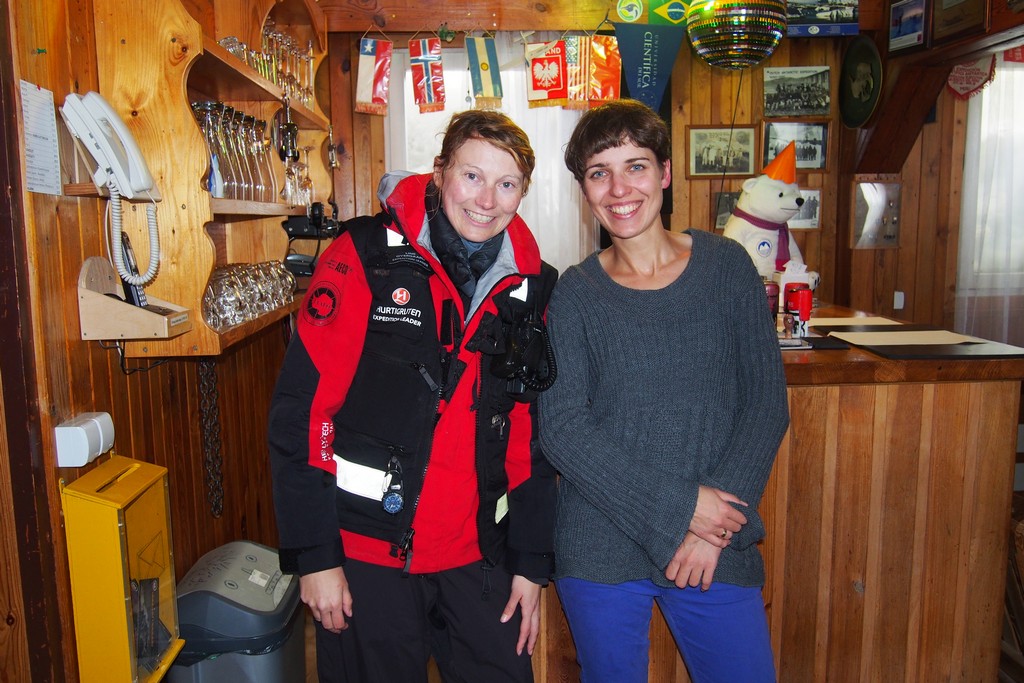 In Hornsund, it looked quite differently but, of course, everyone who wanted to step on the ground, must have had a permission of manager of the expedition and, additionally, must have had a permission of The Svalbard Governor (the Station is located on the territory of the South Spitsbergen National Park), but the guests could move almost everywhere- around the station area, main building and some of the most courageous went even to the water treatment plant. There were organized excursions for them in which the people who had the gun could only take part due to the polar bears danger.

So, at the Arctowski Polish Station it’s easier to have them all, because every group of people has its own guide that is showing them the territory and then help us with adjusting the amount of guests visiting the station. There’s also a small shop here, so you can buy some souvenirs and send postcards, which we give to the workers of the Eduaro Frei Montalva Chilean Station if they come by helicopter or to people, which visit the station during the Summer period.

Except this, we hang on the flags of all the countries, from which the tourists come and also like in Hornsund , the same thing is done in case of longer stays of the researchers at the station (during the last days the station was visited by 3 researchers from the Brazilian Comandante Ferraz Station which is nearby here). 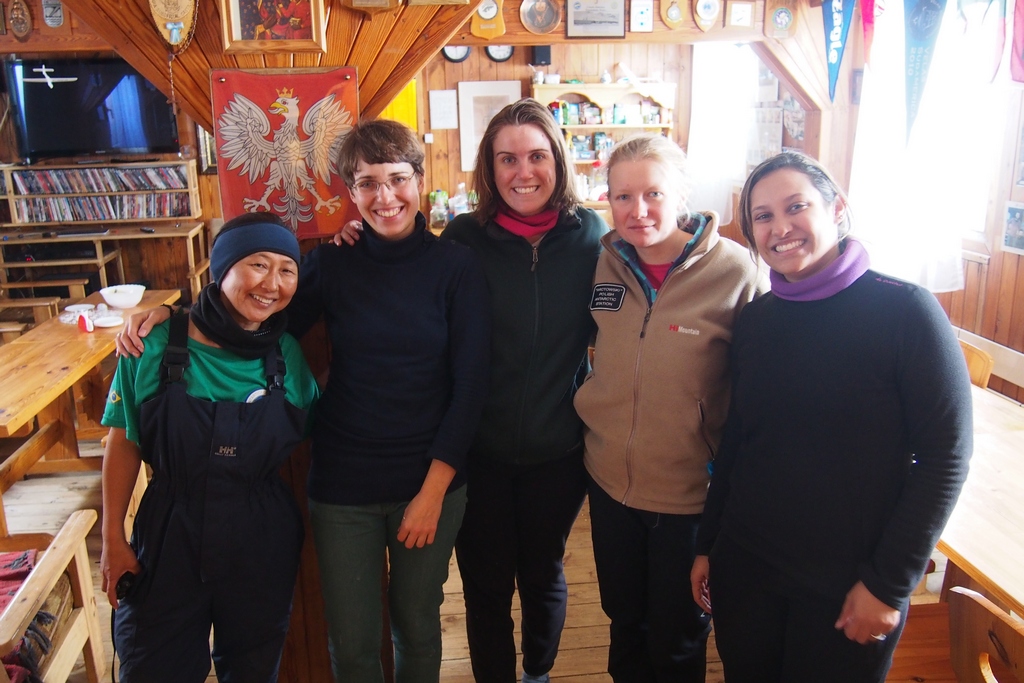 But quite unusual visit took place on Sunday – we were visited by the soldiers (20 of them) from the Argentinian warship ARA Subofficial Castillo (it’s presence just raised the pressure of sailing unit which was near here, but all the moods went away when it turned out that’s just a friendly visit). The balance of that event looks like that: so many souvenirs from the guests, the mentioned before eaten storeroom and (just one?) matrimonial proposal, singing songs and playing the guitar, funny pictures and the visit of our friends on the ship. It’s scary to think what the future holds (but generally we’re very kind and we like when people are visiting us). 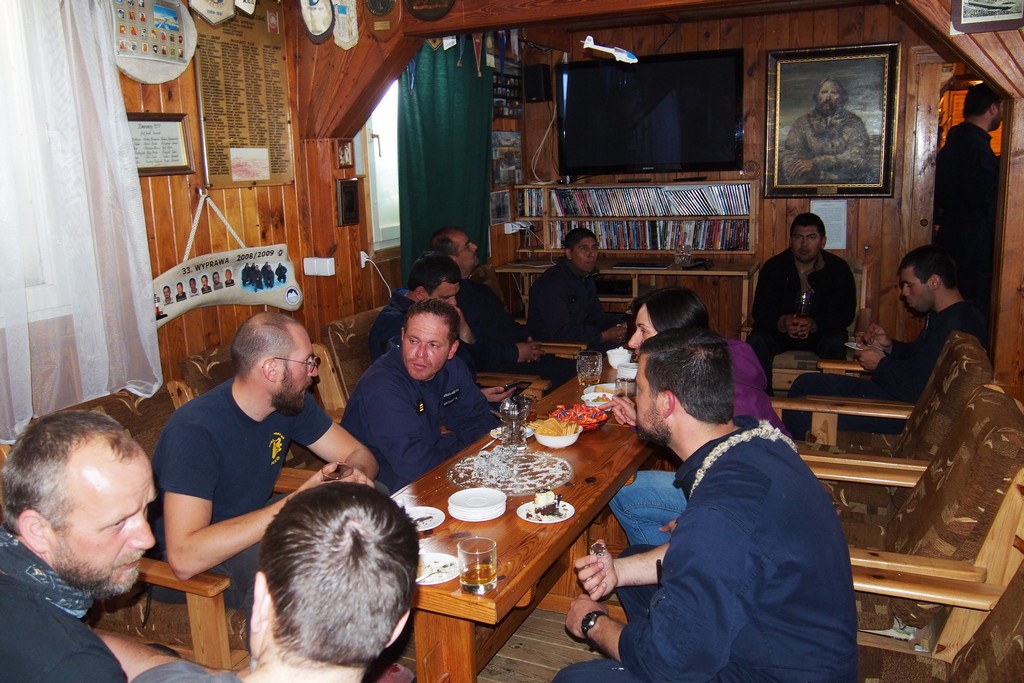 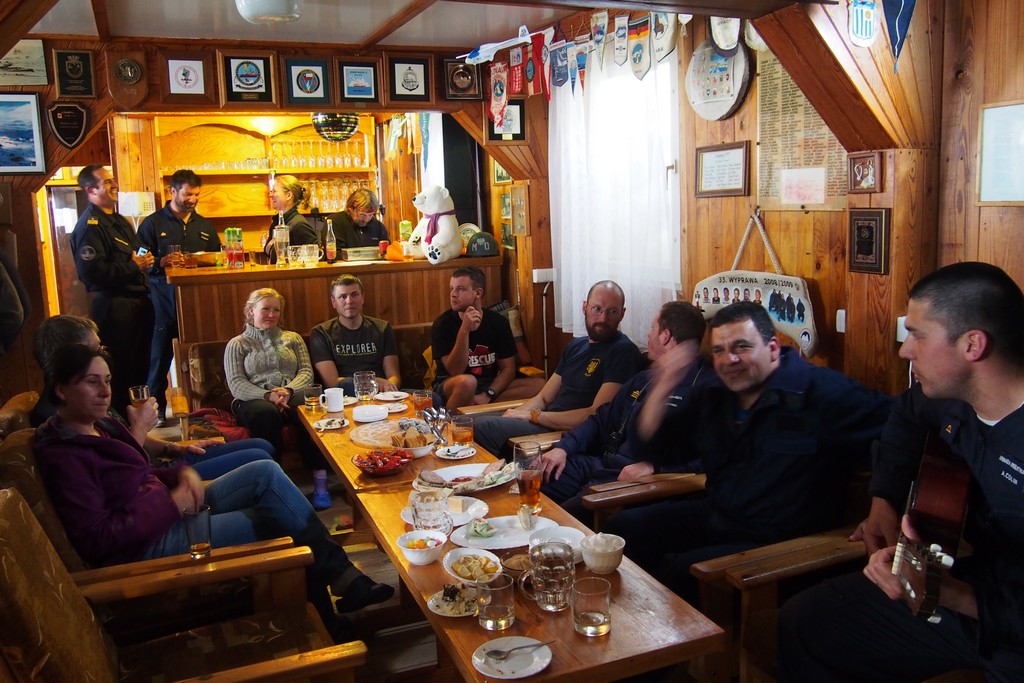 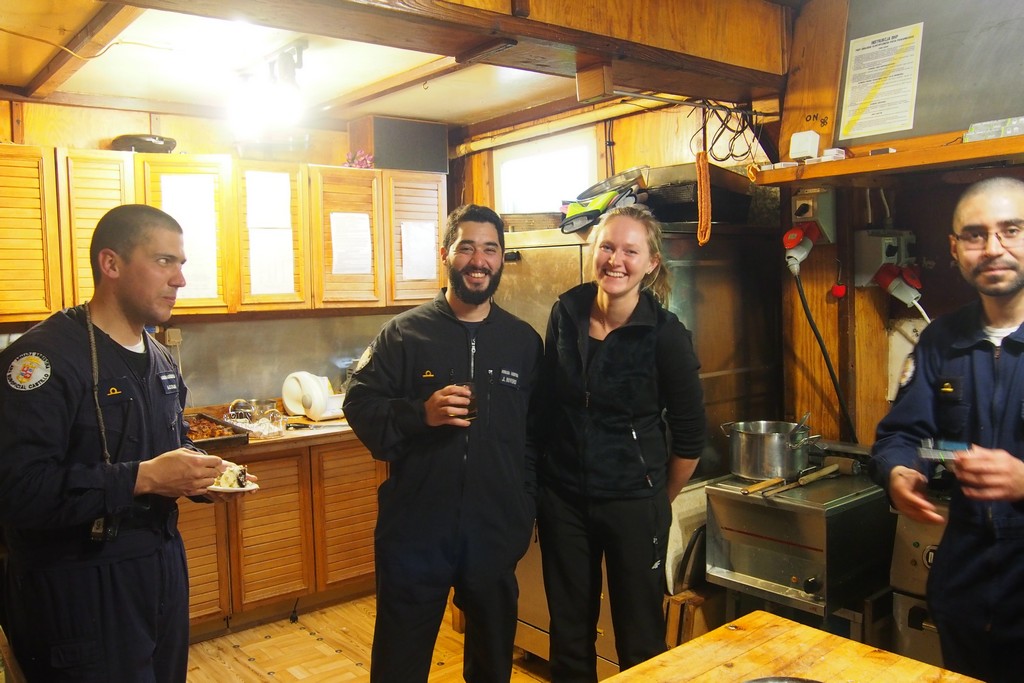 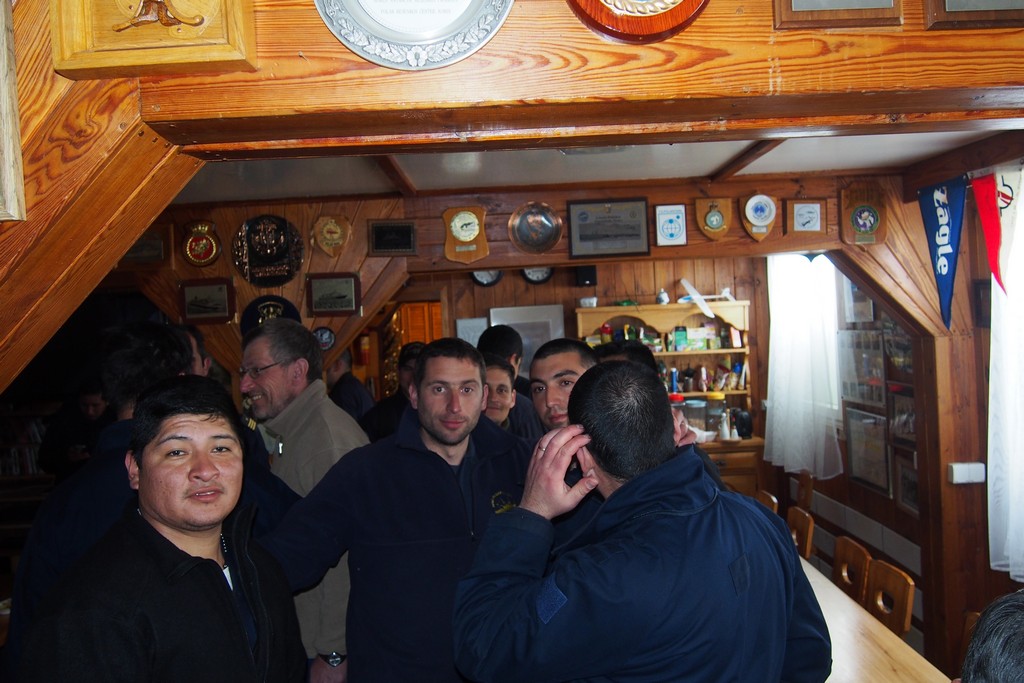 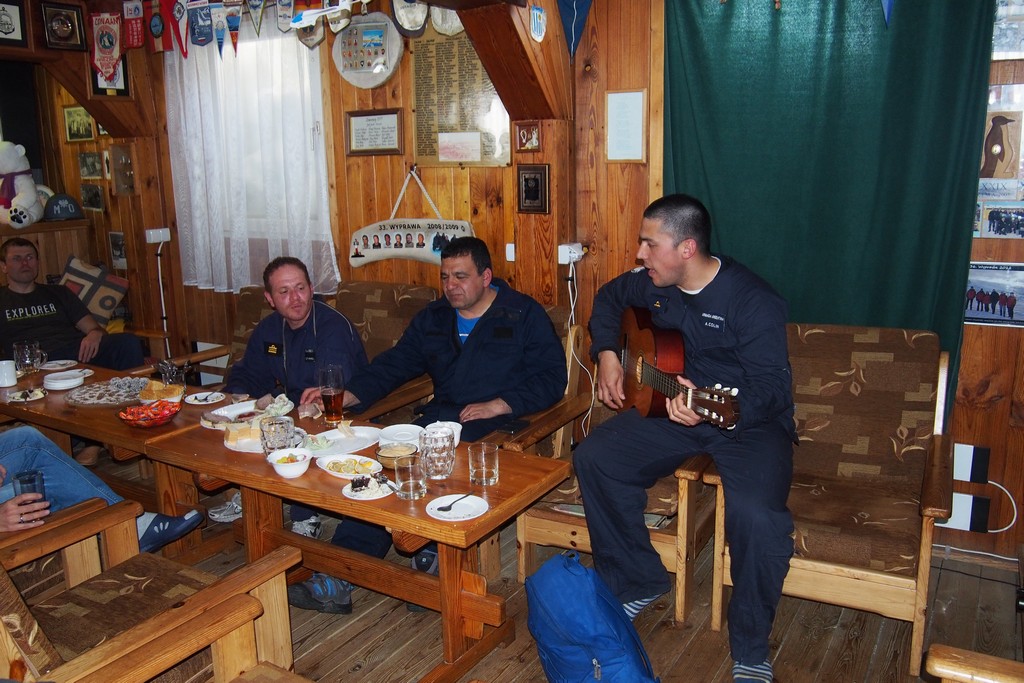