Just next to the Main building, there is an old greenhouse which is now the biological laboratory. We call it “Greenhouse” or “Summer Laboratory”.

Unfortunately, we had to resign from the glasshouse bacause of the restrictions, which prohibit implementing any kinds of species to the Antarctica area. Even the tourists, which come here as a part of the expensive trips have to clean the shoes before going down the ship and they also have to look inside their pockets in case any of the seeds would get through on the land.

So many things in Greenhouse happened in Summer, when many scientists were achieving their projects in the Station. Some of the experiments and positions were described properly because there wasn’t enough place for everybody so that’s why sometimes the people were taking people’s different places. Of course, those weren’t bad behaviours resulting from bad willingness but they were a good material for theme ( for example fight for the chairs which were missing for a moment).

In the building there are some rooms to work in, warehouse and bathroom. But the best place is glass veranda with a perfect bay view. We weren’t able to get inside in Summer because everyone wanted to work there. Now it’s not often used because of the scientific objectives (the same situation is with the meteorological building) but is good for social meetings. When there is a good weather it’s so hot in the largest room and then it can act as “Arctowski Cafe” (coffee with the sea view and homemade cake is what we all want) or library (we have some sunbeds in the station) or the place for tasting wine (well, it’s neither tasting nor wine but you know what I mean). 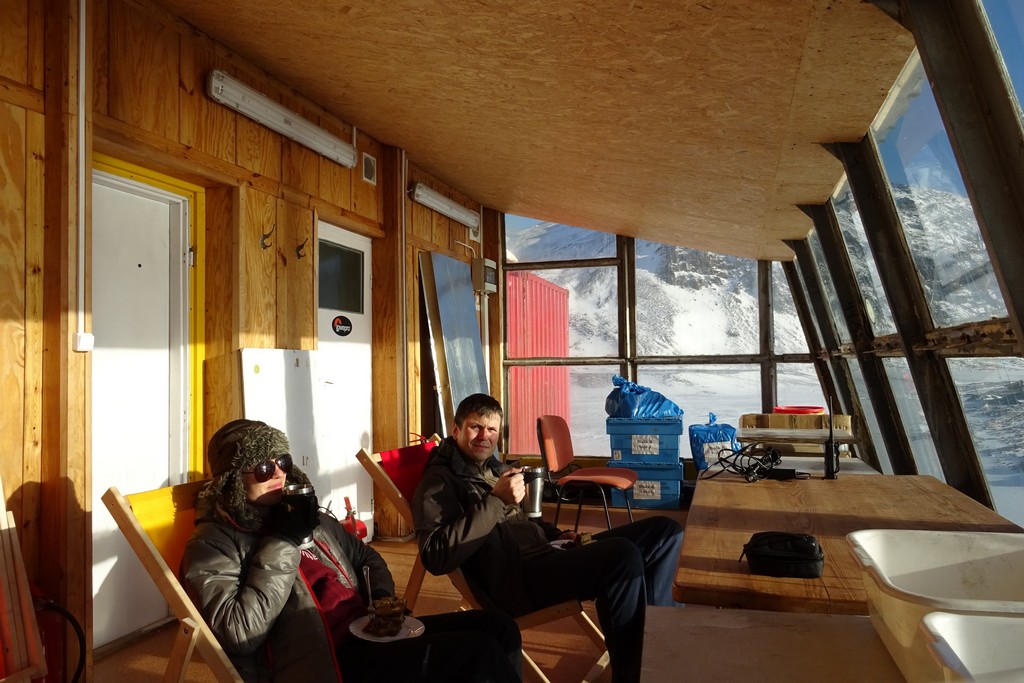 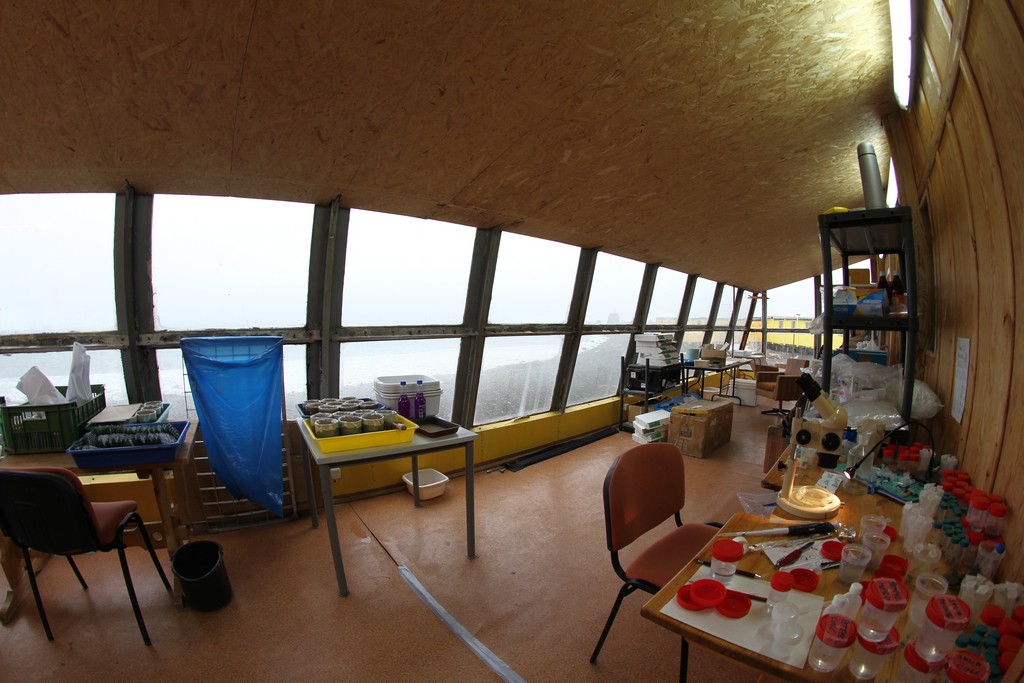 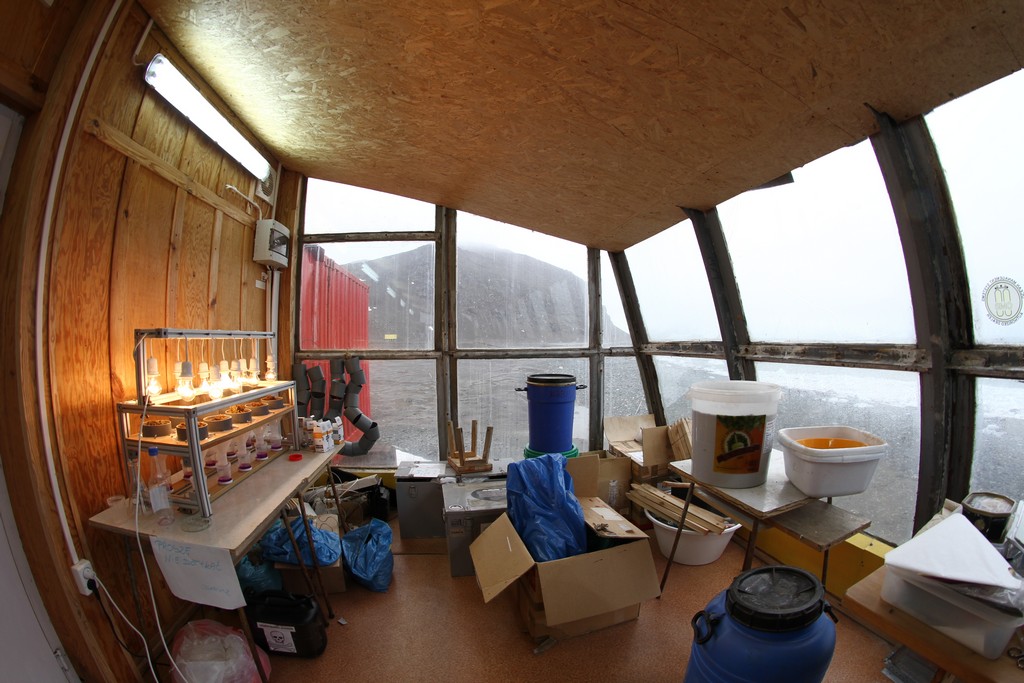 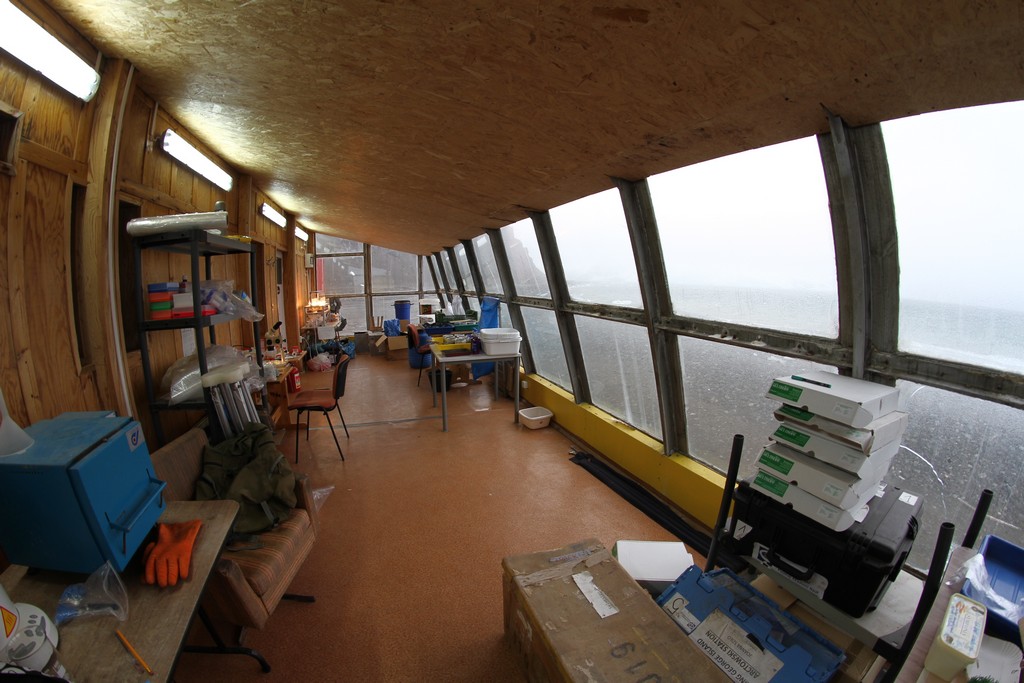 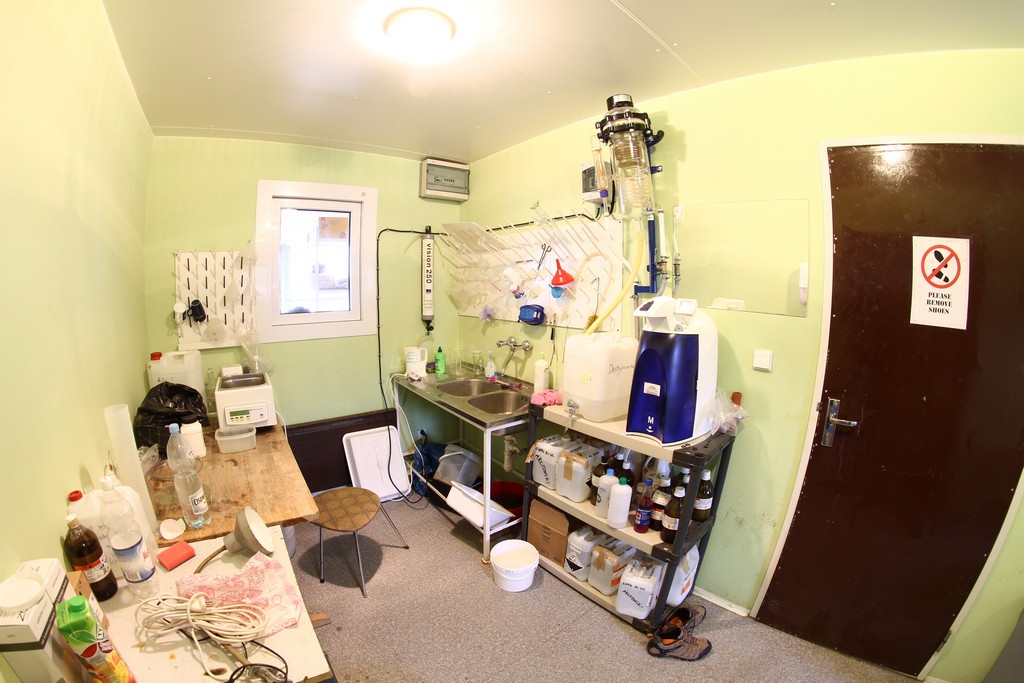 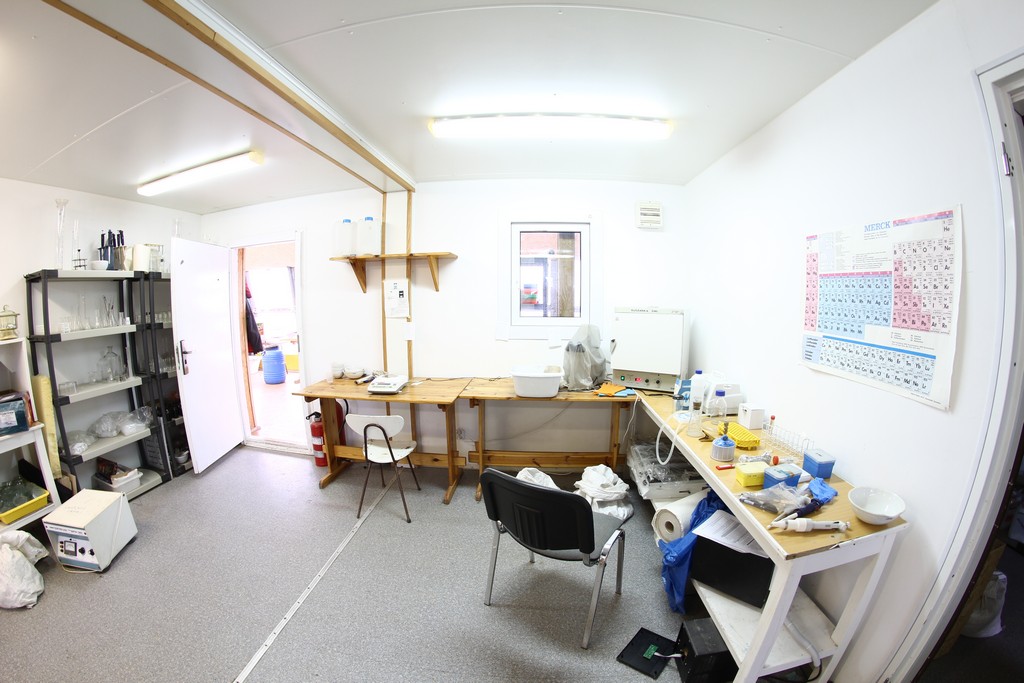 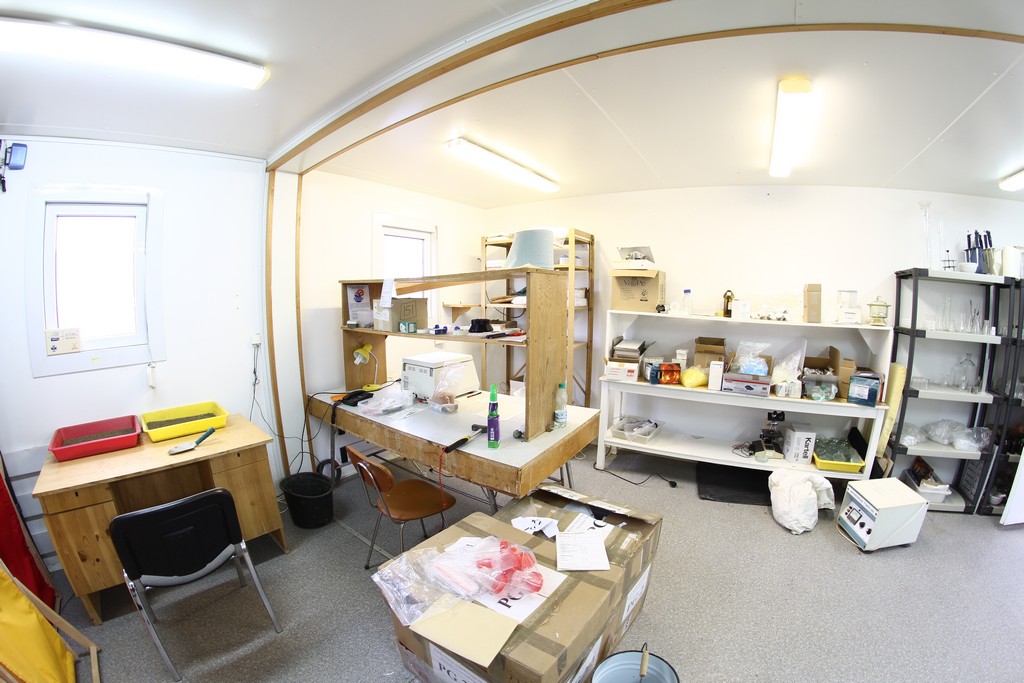 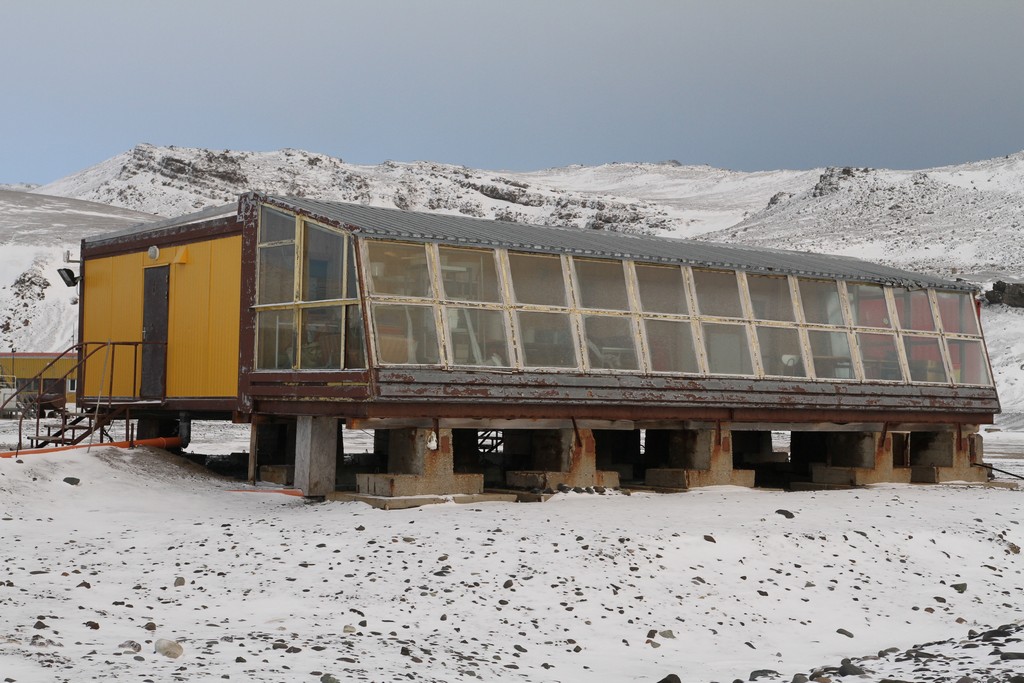 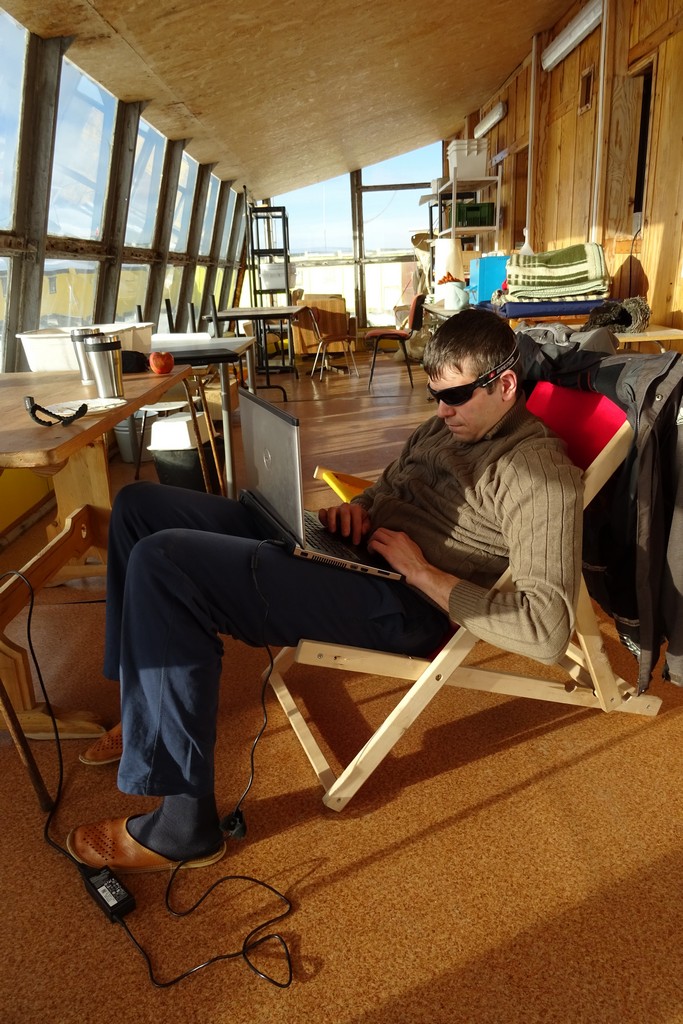