Finishing unloading ship was the beginning of new works and also getting used to our new home.

After the rest and just cooling down our emotions we started to organize some places after predecessors and we also started implementing our duties and tidying up the station and bungalows which we wanted to prepare for the visit of researchers that are going to visit us in a short period of time ( among the discoveries that were found there were bag of hair and the hair conditioner for…horses, for horse mane and tail). The list is still opened because we haven’t gotten to all the places here. 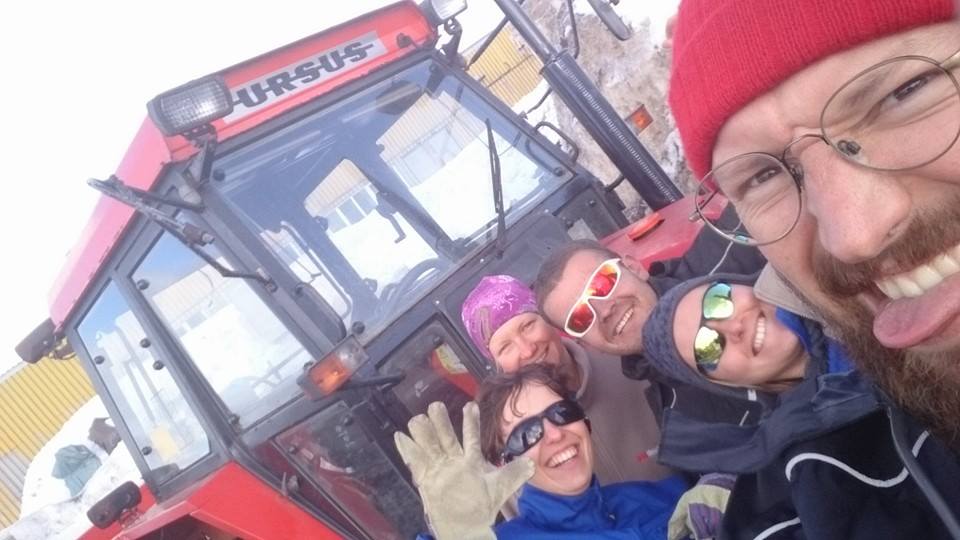 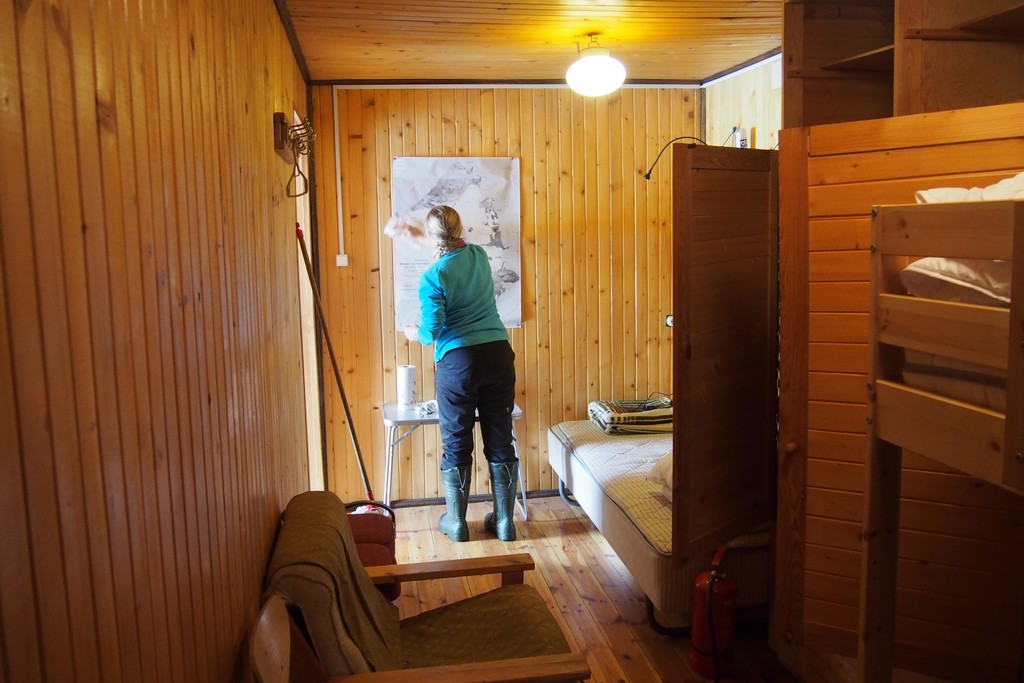 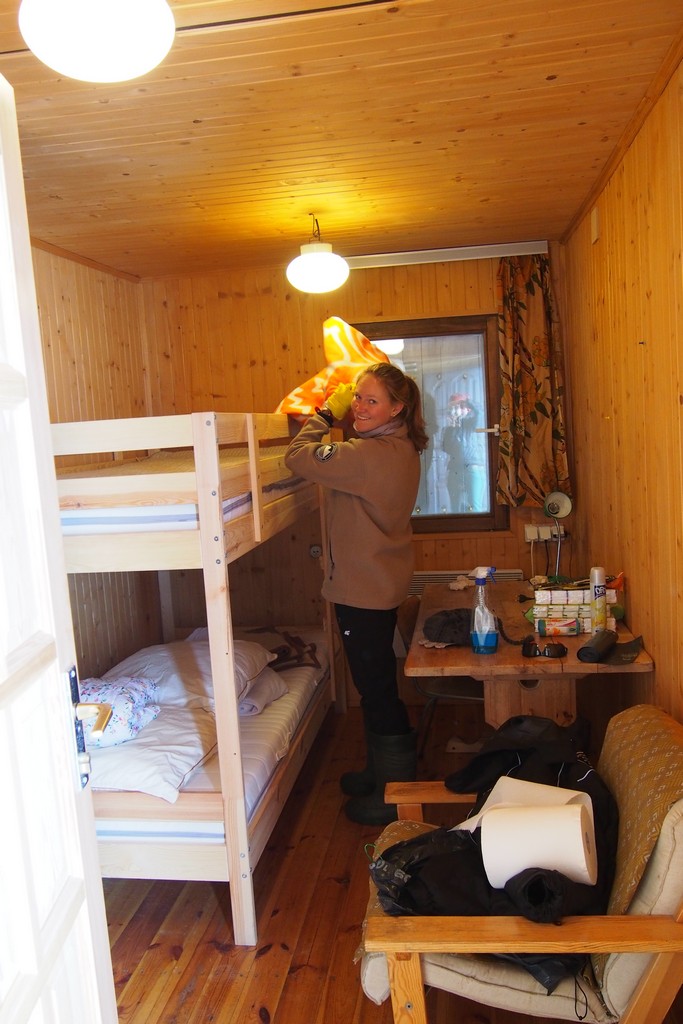 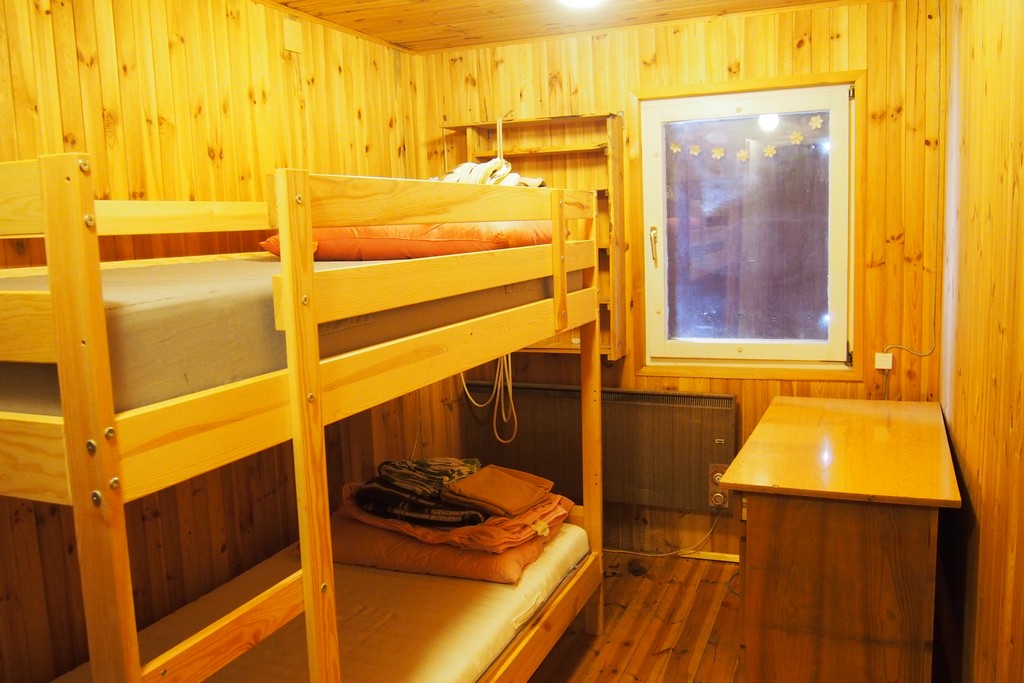 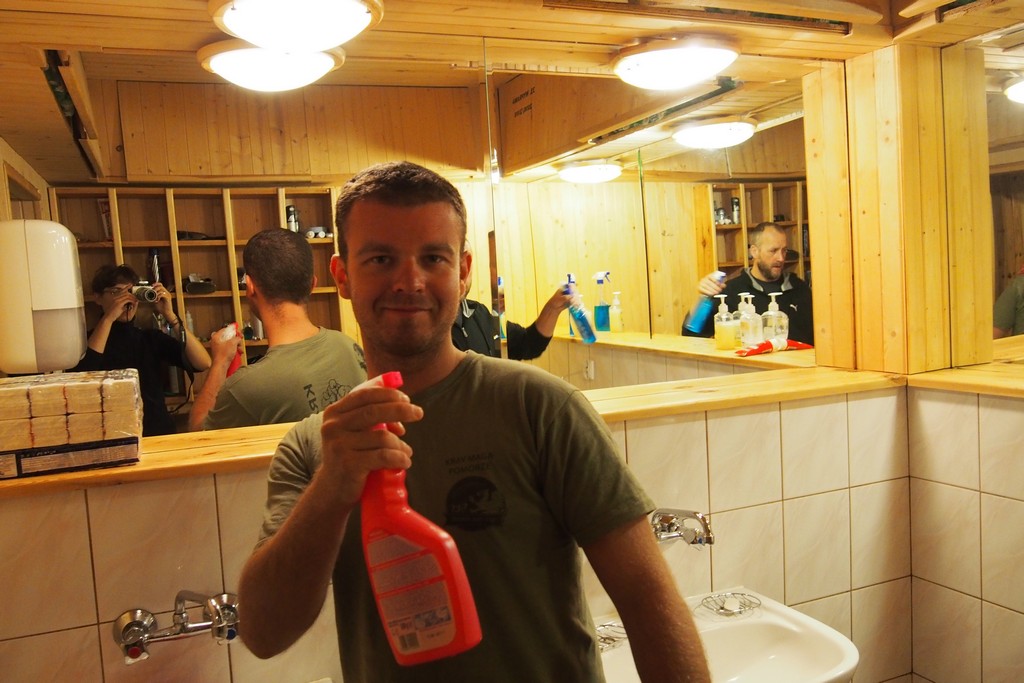 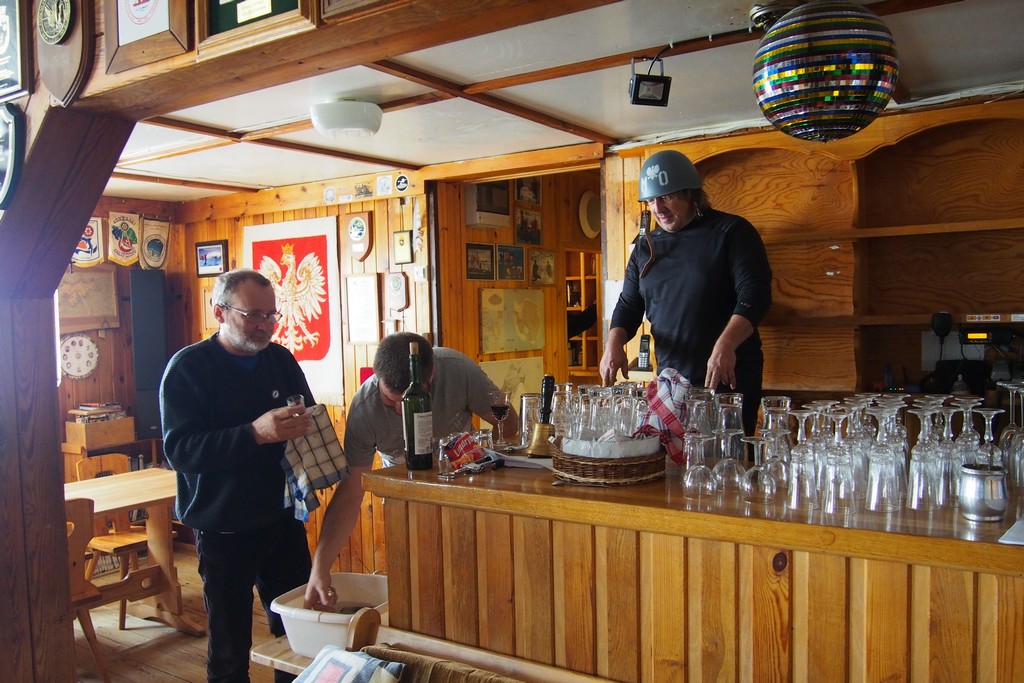 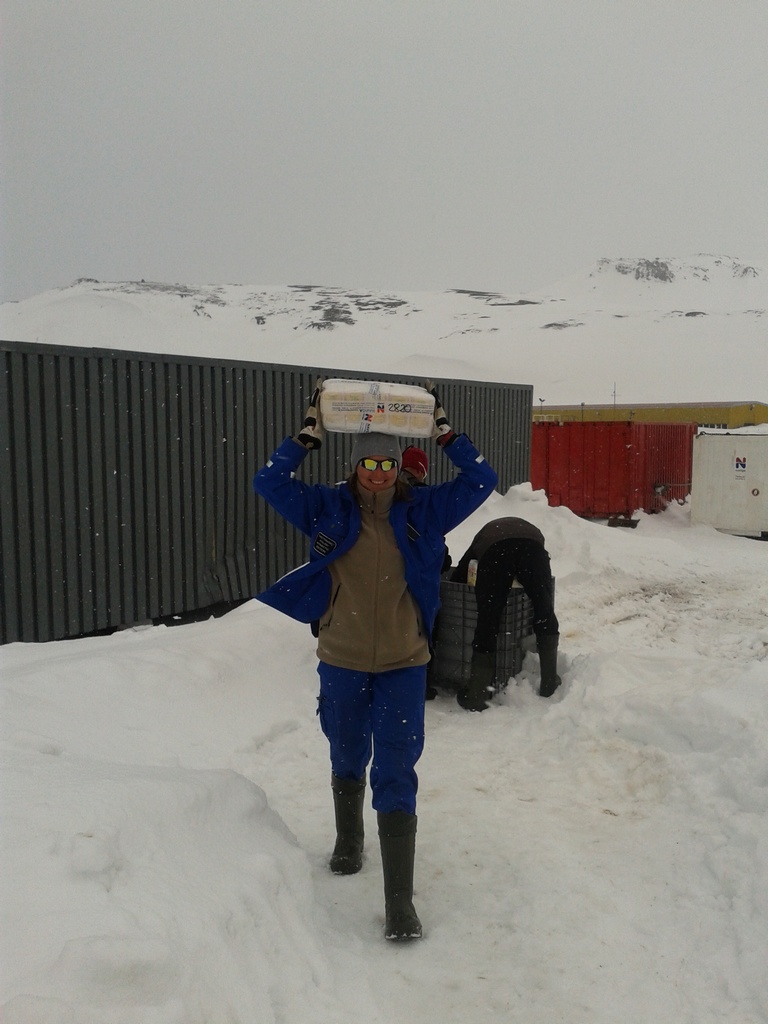 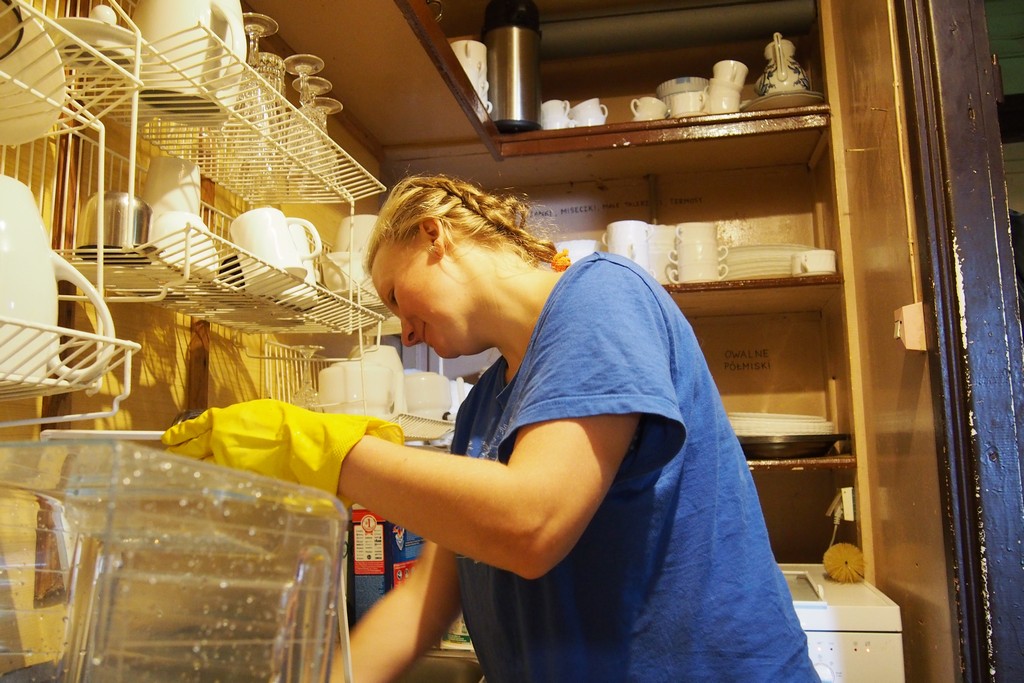 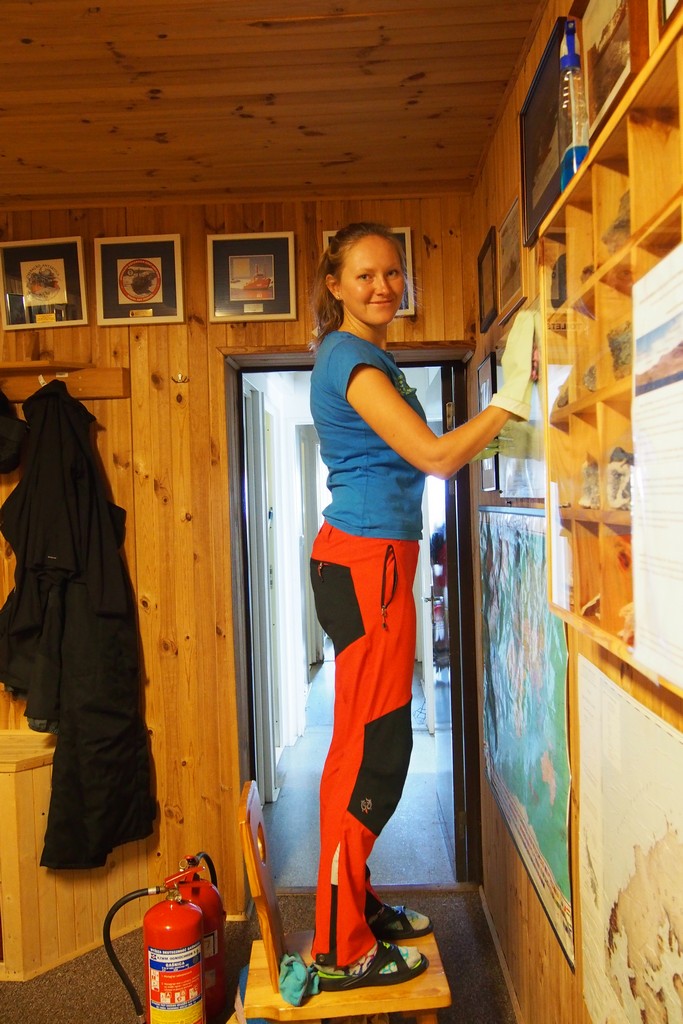 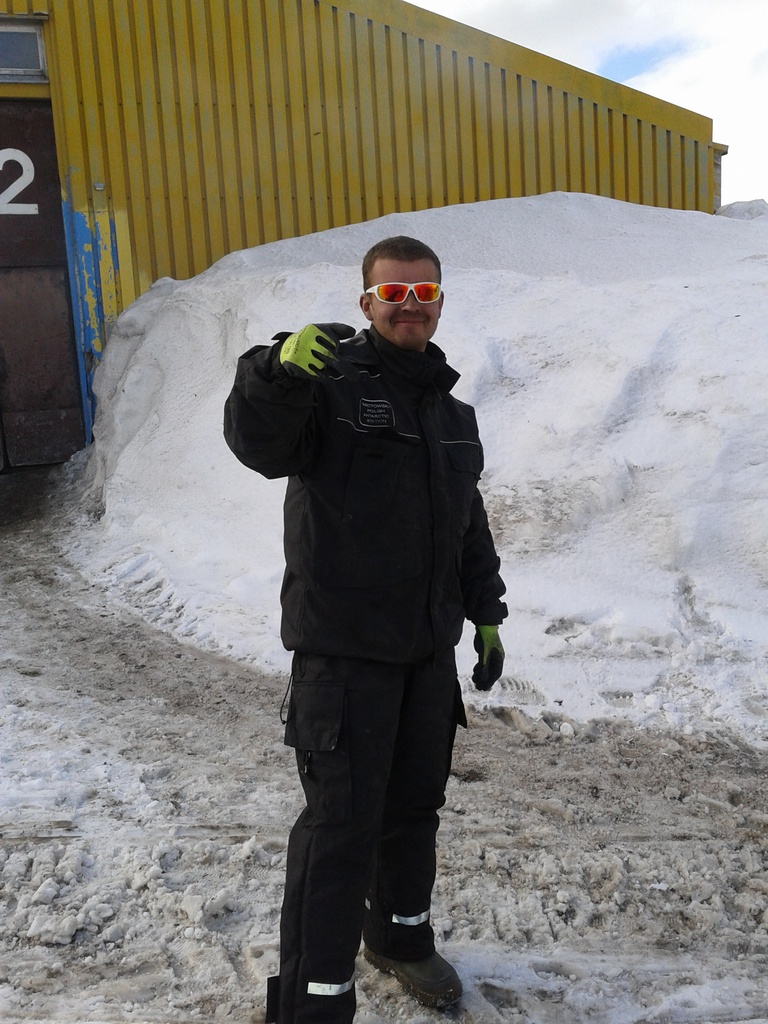 At the same time we are unpacking the packages, which are taken from the hall and then moved to the station or hall units depending on the place of destination. In this case, stack of boxes that you’ve seen on the video is getting smaller, there is still so much work ahead.

There’s a lot going on in other buildings, in hall units there are some renovation works and we also check the technical condition of our sailing and riding equipment (few days ago we were sailing by one of the zodiacs to check it).

We were celebrating two important holidays – 1st November in All Saints Day we visited the grave of Włodzimierz Puchalski (that is going to be described in a separate registry). But unfortunately the wind blew so hard that we actually couldn’t even light the candle despite the fact, that we were protecting it all together ( you can read about how we spent that day here).

On November 11th, we celebrated The Independence Day by setting up the flag on the mast and we had a formal dinner. 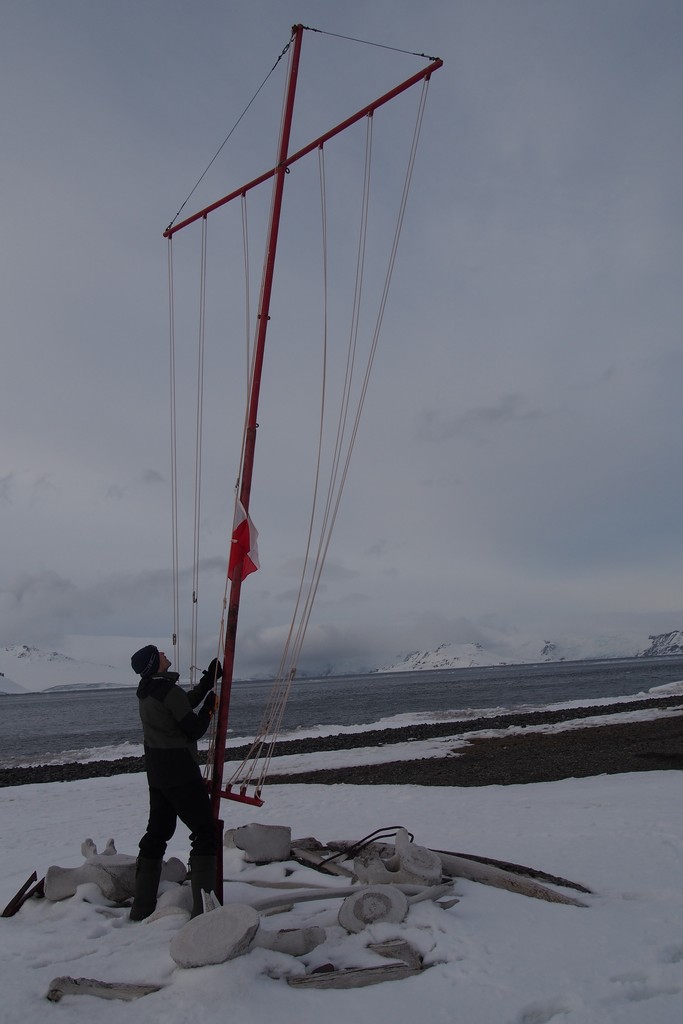 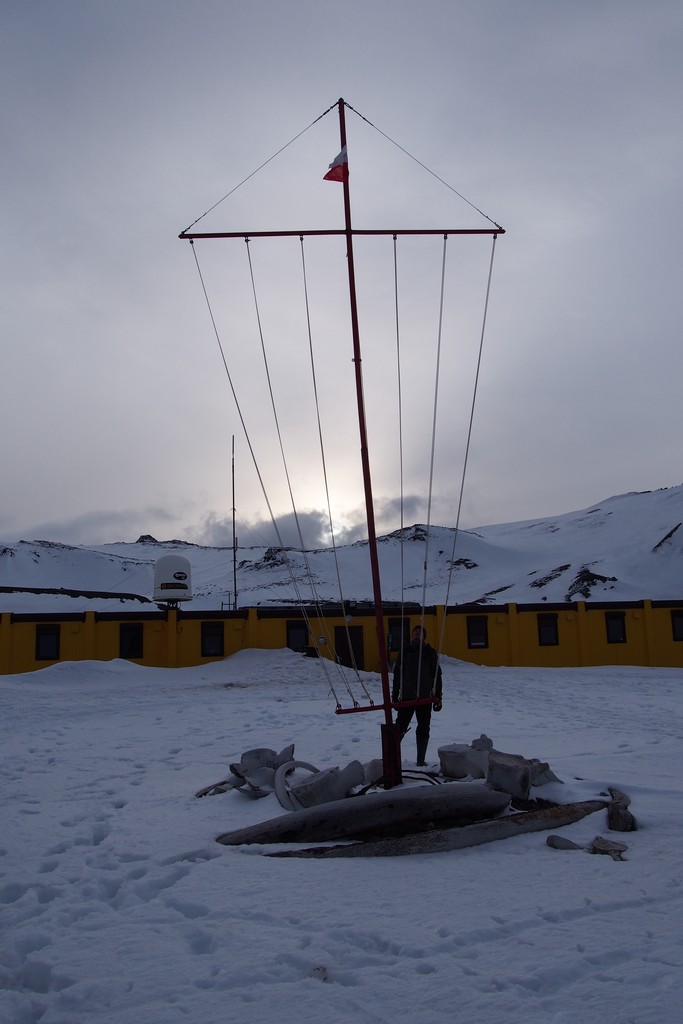 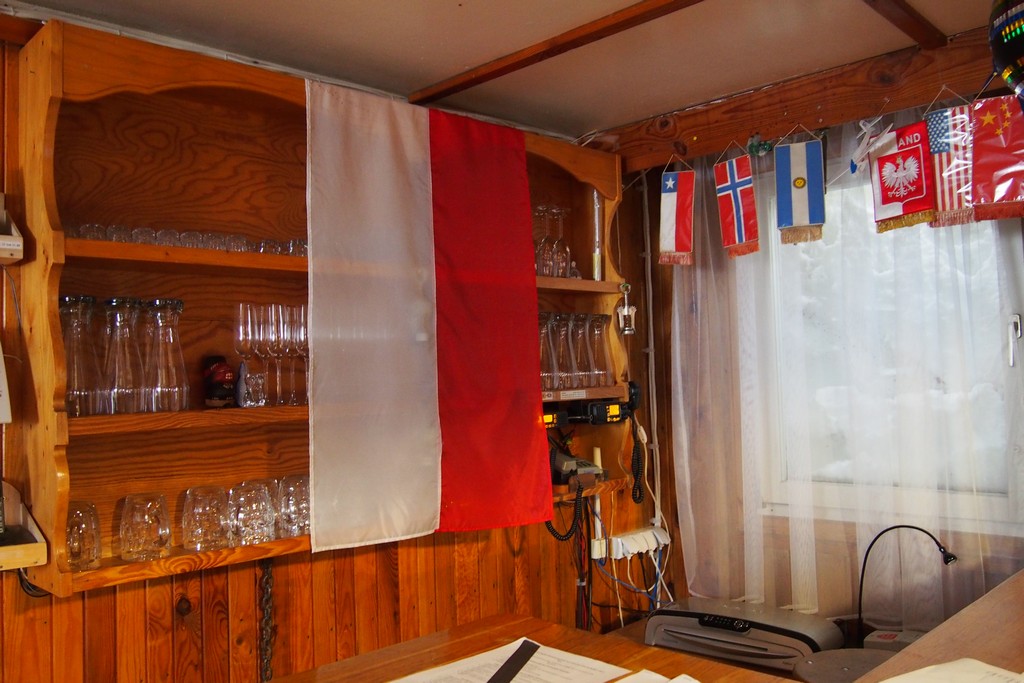 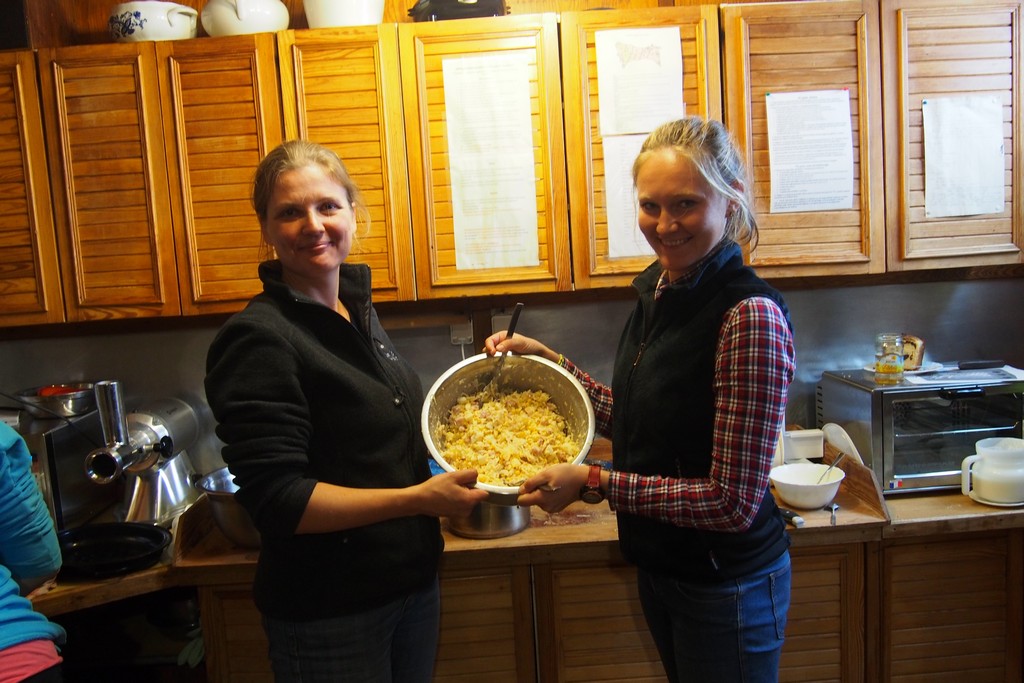 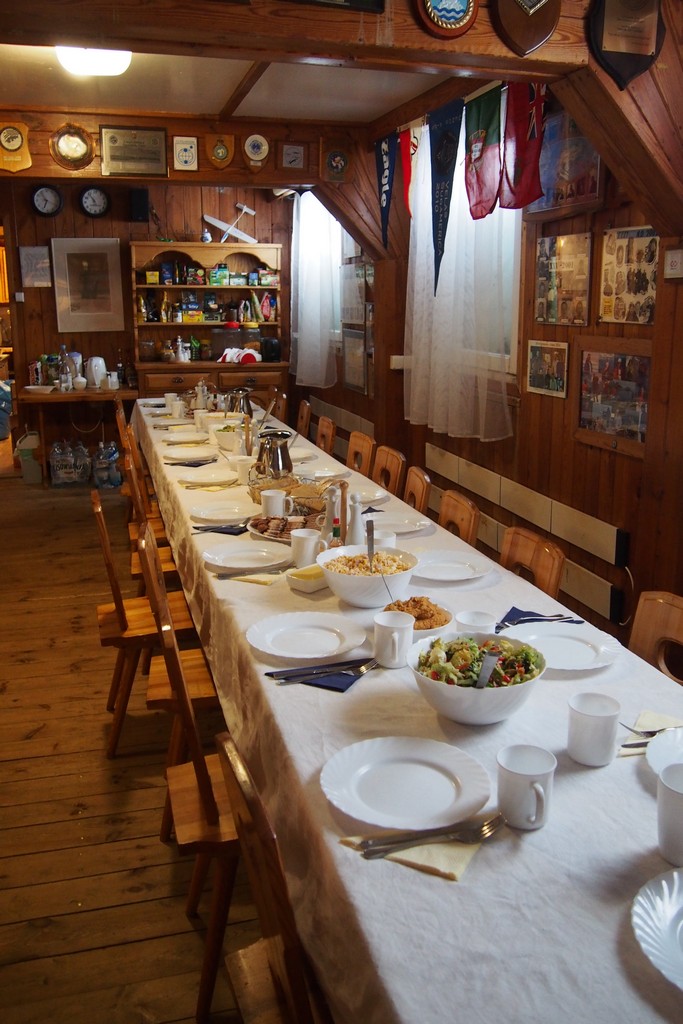 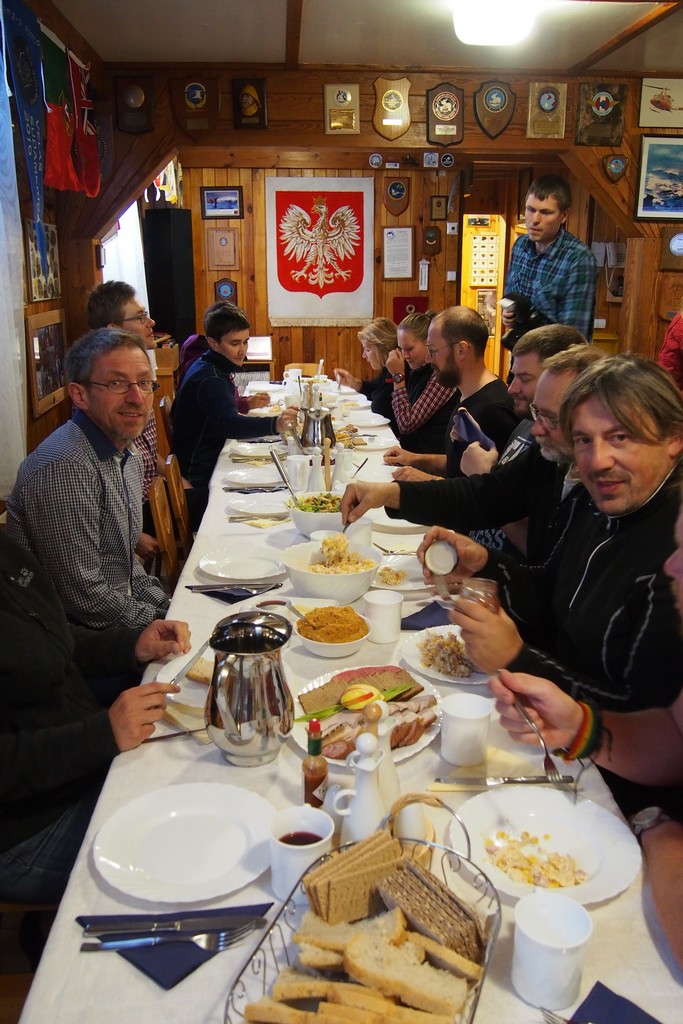 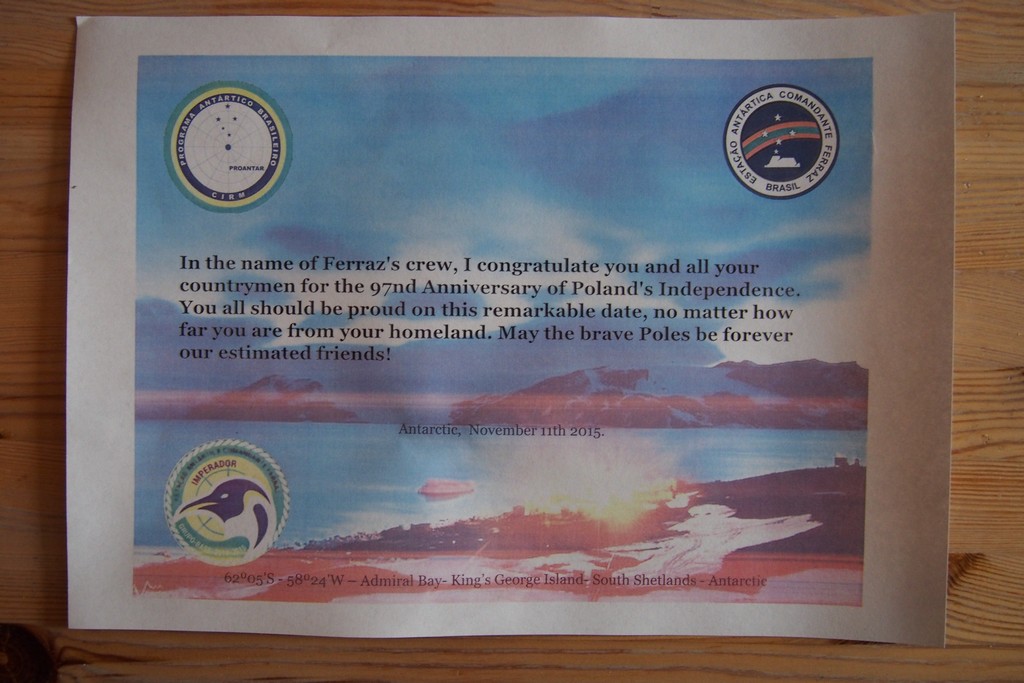 We also started series of trainings that were planned by manager. There has been one of them lately, from fire prevention that was provided by Damian, a professional firefighter and we had a fire alarm verification. It’s very important to know the rules of how to behave in that situation, especially, in a place like this. I think everyone was convinced about this after the tragedy that affected Ferraz Brazilian Station.

We’ve arranged our schedule – breakfast at 8 (my duties are to help Asia with preparing meals so the day starts at 6.30 for us and, unfortunately, lasts the longest) lunch at 2 p.m and dinner at 7 p.m. We work 6 days in a week, on Saturday just after lunch we have some spare time and on Sunday, as well. On Saturday evenings there are usually parties, and we hope that there will be people from other stations nearby. Everyone spends Sunday by its own concept. There is also an occasion to go out it’s really hard to do it during the day because we’ve got so many responsibilities here (does not apply to people working out). Except this, some of people here and the others have their all – nights duties in the hall of units, it’s from 9 p.m until 7.30 am).

So by now, we are so tired and in rush, but we are here just to do that and do it best we can. The place is so wonderful and I think we will be surprised until the end of stay.