I guess it is easy to imagine what risk is fire on the polar station. The participants of the 36th expedition could see it with their own eyes .They were seeing the fire of the Brazilian station Ferraz, which is located 9 km away on the second side of the bay.

It has passed several years since the fire, which consumed the entire station and two people. But the risk stays. Therefore, one of the first things, which is said to new residents of Arctowski is how to behave after hearing the alarm siren.

The siren can be run in several ways. There is a red button in the main hall of the airplane that acitivates the alarm siren. 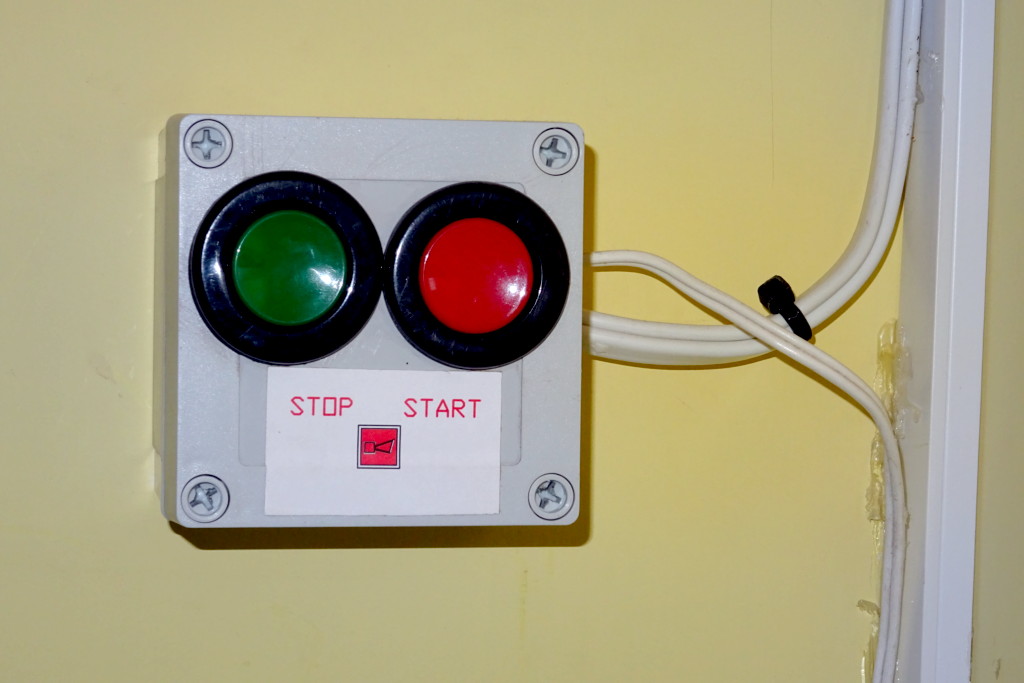 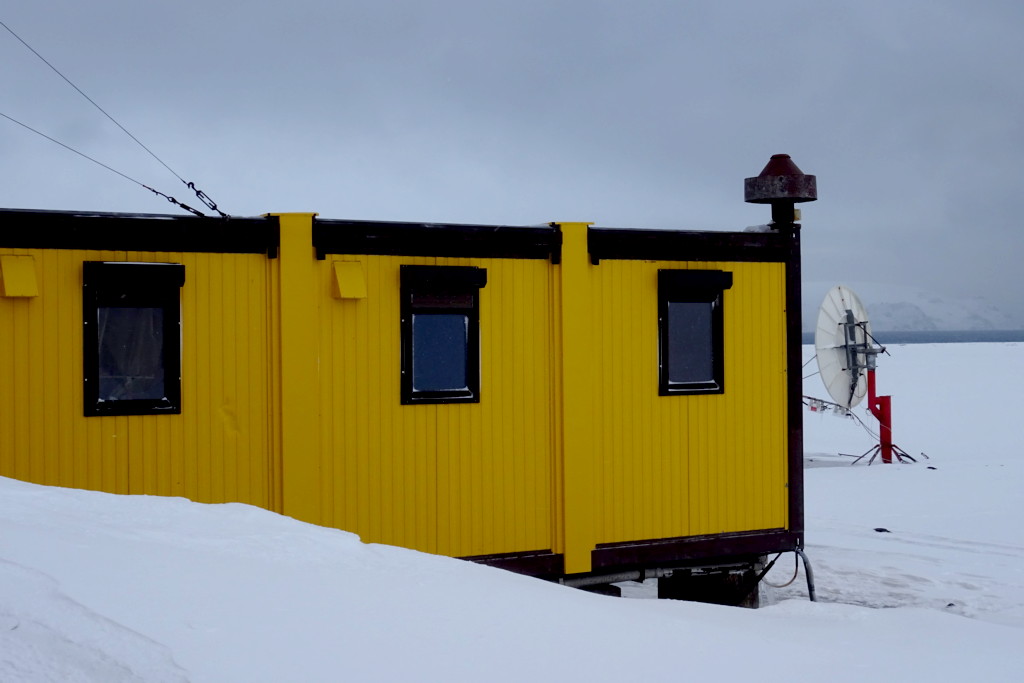 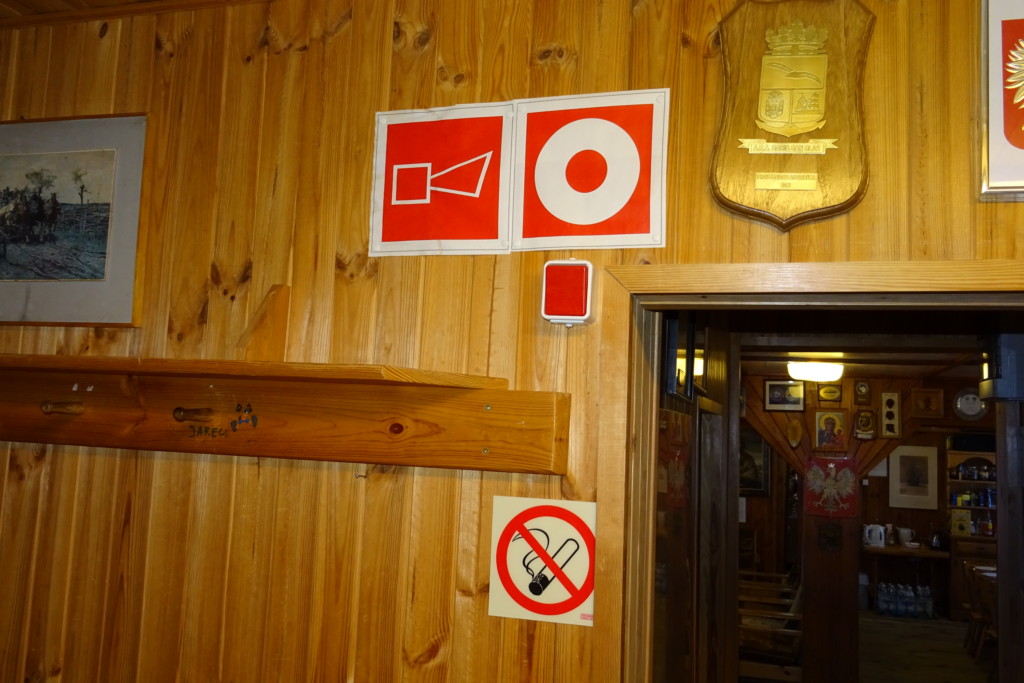 You can also select the right alarm number from the phones, which are almost in every building. The effect is the same. There was a funny story in the summer. One of the holiday-makers, who hasn’t acclimatized yet, couldn’t sleep in the morning and she thought to…clear the phone keypad on the desk. Before we ran out with extinguishers in front of the station, I had checked the logs in the control panel and it turned out, that approx. 20 calls to different numbers during 1 minute were from her room. She admitted shyly to it.

At the beginning, when we came, our mechanic, Damian, who has been working for many years in the Fire Brigade, conducted a little training. The main thing is to recognize what is burning, right quickly reaction, and also be prepared to leave the building. Therefore, without a second thought, you need to dress up warmly and run out and grab fire extinguishers on the way to appointed place. After that Summer experience after hearing the beep, first, I check the logs on the control panel. There were a lot of false alarms because of the dirty detector alarm in the joinery, which is located in the hall of power generators about 180 m from main building.

Before we have started the renovation of several rooms of hall of power generators, there was a such primitive control panel, handmade by someone from the previous expeditions. After rebuilding and renovation of the rooms, the time comes to install a new factory fire alarm control unit and layout the detectors. That work is still yet to come, but I installed 5 detectors in strategic places for our safety. I have made also a new device, which call the alarm number. After calling the alarm number, it call number to mess and generates modulated signal. Thanks to that, we know without checking the logs, if someone selects the alarm number by hand or it is automatically from the control panel. 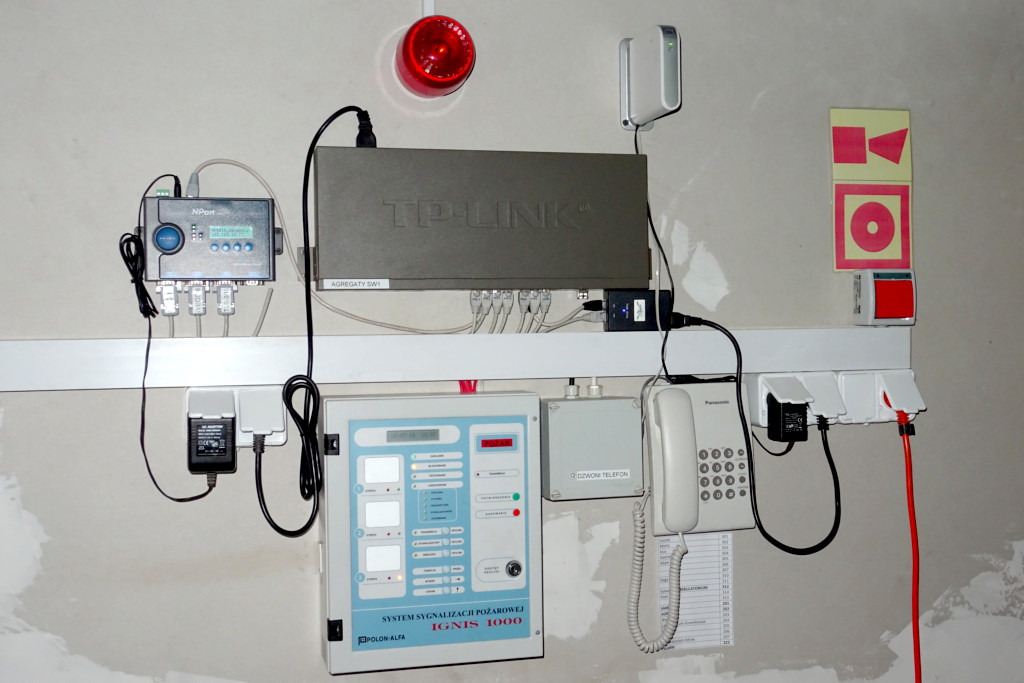