This is the closest glacier, which we have to go through, if we want to go in the western direction  towards The Peninsula Demay. We go sometimes on trips there, but mainly this is a “the road to work” of people, who work on the monitoring mammals’ pinnipeds.

Due to the fact, that in the scientific research programme from the station, there is no constant glaciological monitoring, surrounding glaciers aren’t passed well and you can’t climb like that. In Spitsbergen, where Polish station work on series of researches in the field of glaciology, a situation looks quite different, and Hans Glacier or Glacier Werenskiold are normal places of work in the terrain. In the North, people walk on foot, ski or ride a snowmobile.

People, who are going to go on the monitoring have to disposition, either beating the lagoon at the head of The Glacier Ecology canoe (there is no another way, because the route is cut by water; transport looks like that) or going trough mountains, glacier.

To the second variant would be safe (the glacier is cut by a lot of cracks and not only in the area of the front), our group leader organized a theoretical and practical training of moving on glaciers. If you want to go to the glacier, we use the proper equipment – ice axes, helmets, ropes, crampons etc. The caution don’t become too bloated, because we have already two accidents of falling down into crack, which ended happily, because of proper preparation.

Actually, we have a little bit funny twilit state, if the thing is weather conditions – once Winter with snow and once the end of Summer with the thaw. When during the thaw, snow melt on the surface of the glacier and then cracks are possible to see and you can go in there without problems. But it is enough to some centimeters of snow fall down to the glacier become a zone, which you should avoid for a while.

Because of that we are waiting with achingly for winter and fat and dense snow cover – then without bigger problems will be possible to move on glacier by skiing or snowmobiling. According information from our predecessors in July – August, the lagoon should froze under Ecology Glacier, what enebles troublefree going through this route too (sailing by canoe during strong wind is impossible and very dangerous – you can crash on the rocks at the head of the glacier or be pushed out to the Admiralty Bay).

But it wouldn’t be – we are with Ecology in good terms, we walk often on trips in her area; it looks always different and fascinates as well. It calved very often and her forehead dynamically changes from week to week. One of the scientist, who visited the station in the summer after 25 years, reminded, that in his ages the glacier reached the Admiralty Bay. Nowadays, it stepped back a good few hundred meters deeply into land. 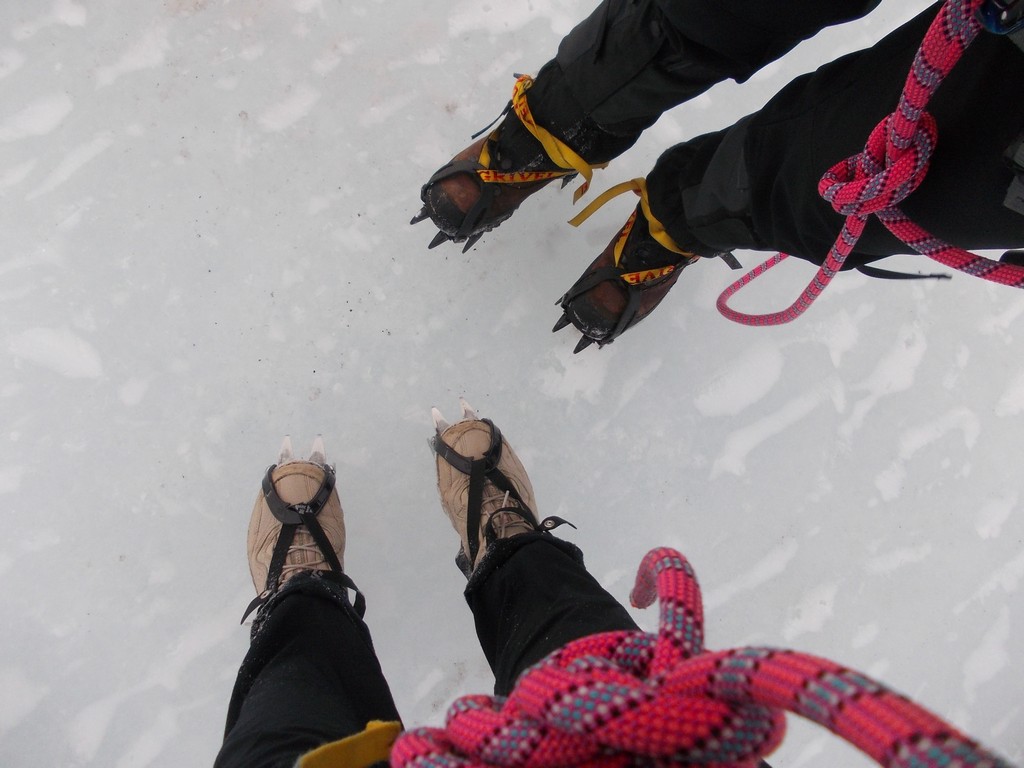 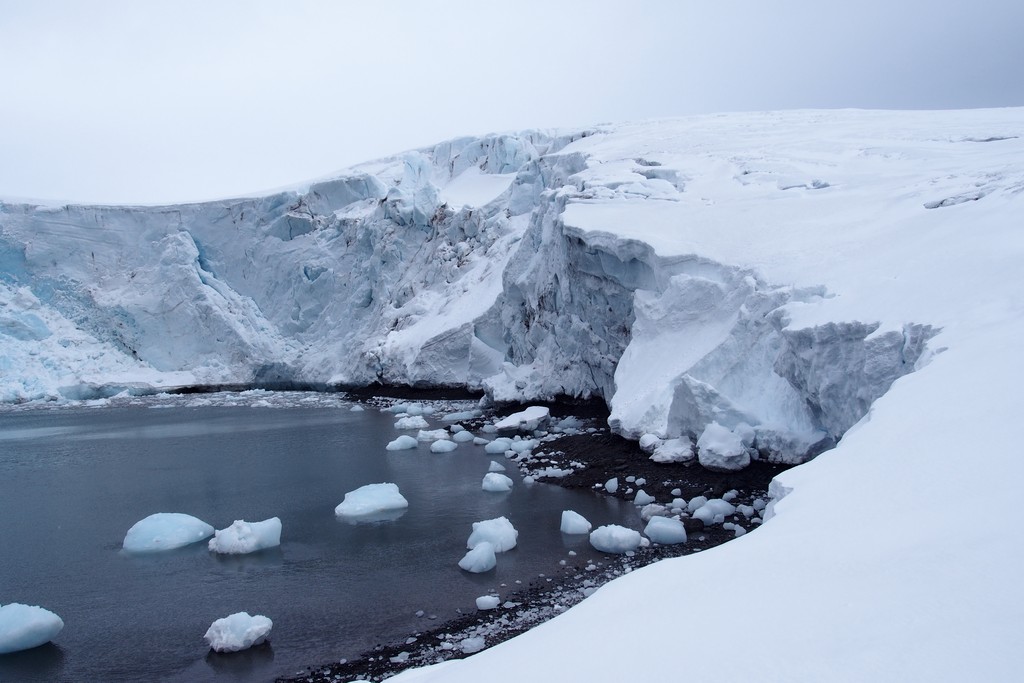 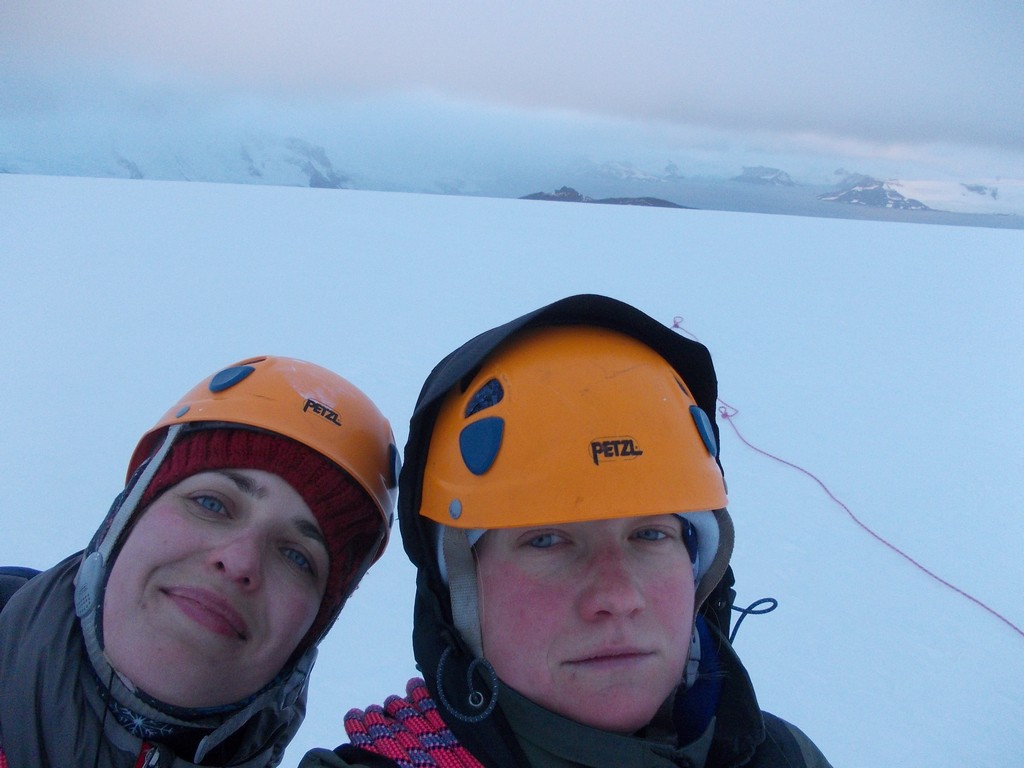 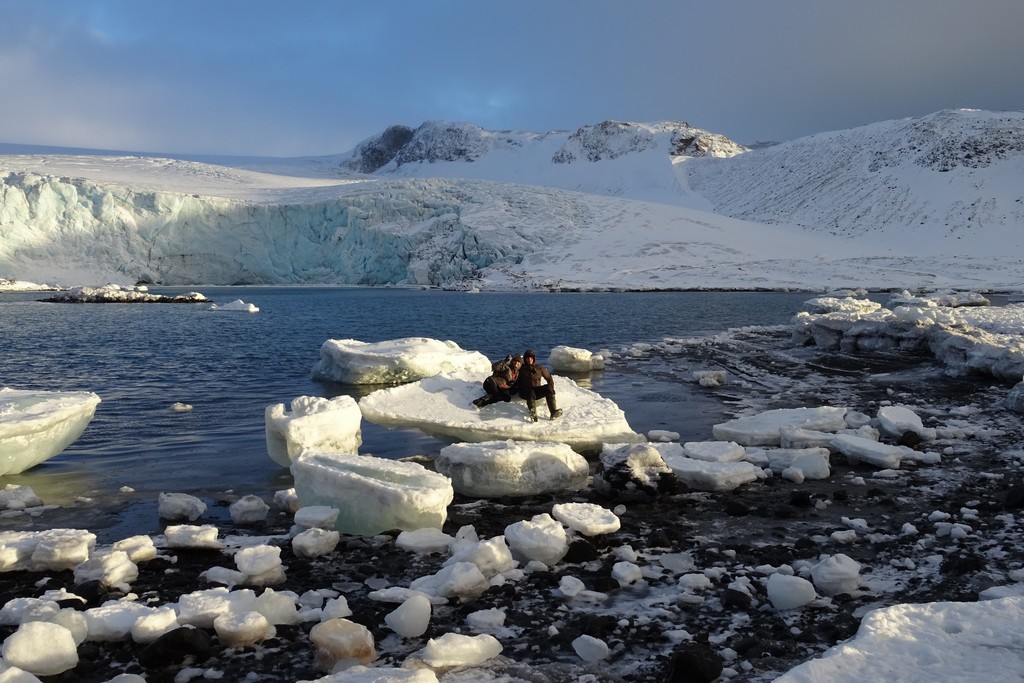 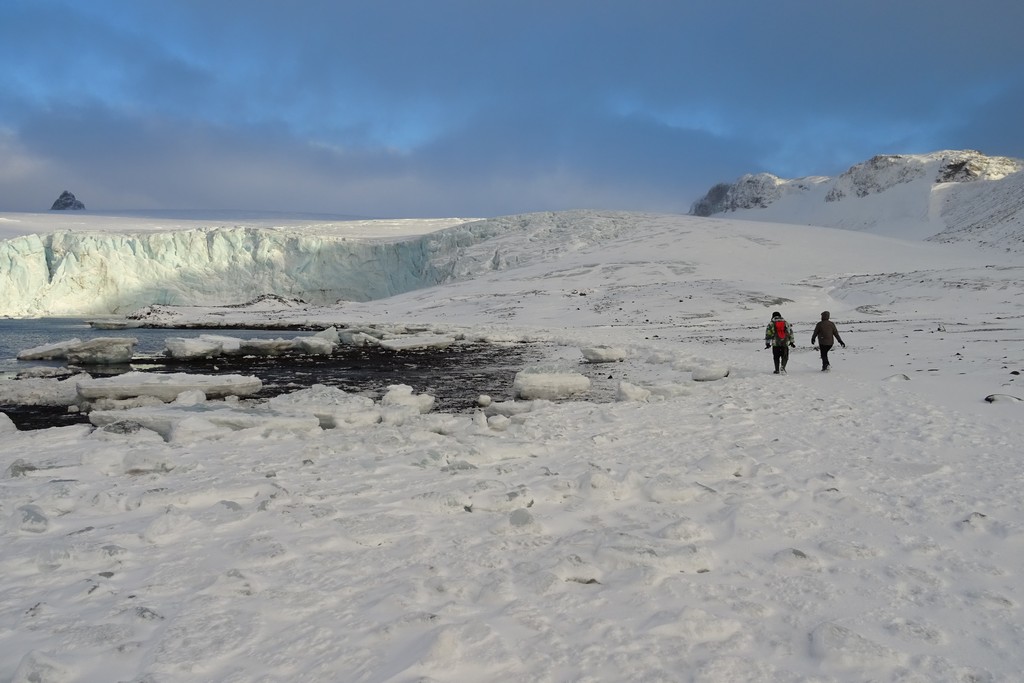 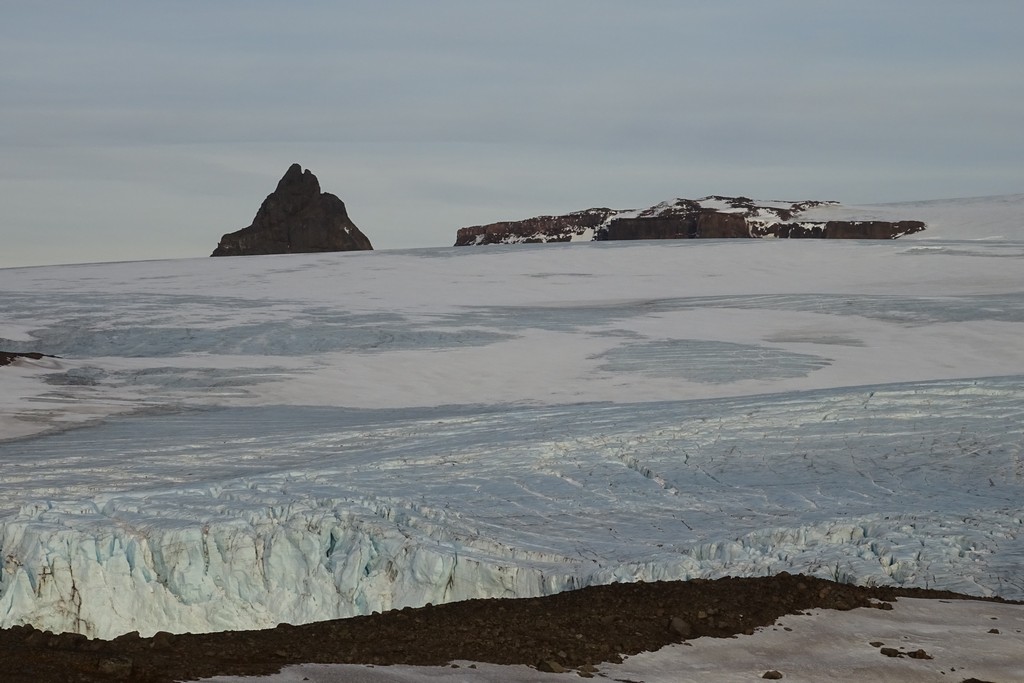 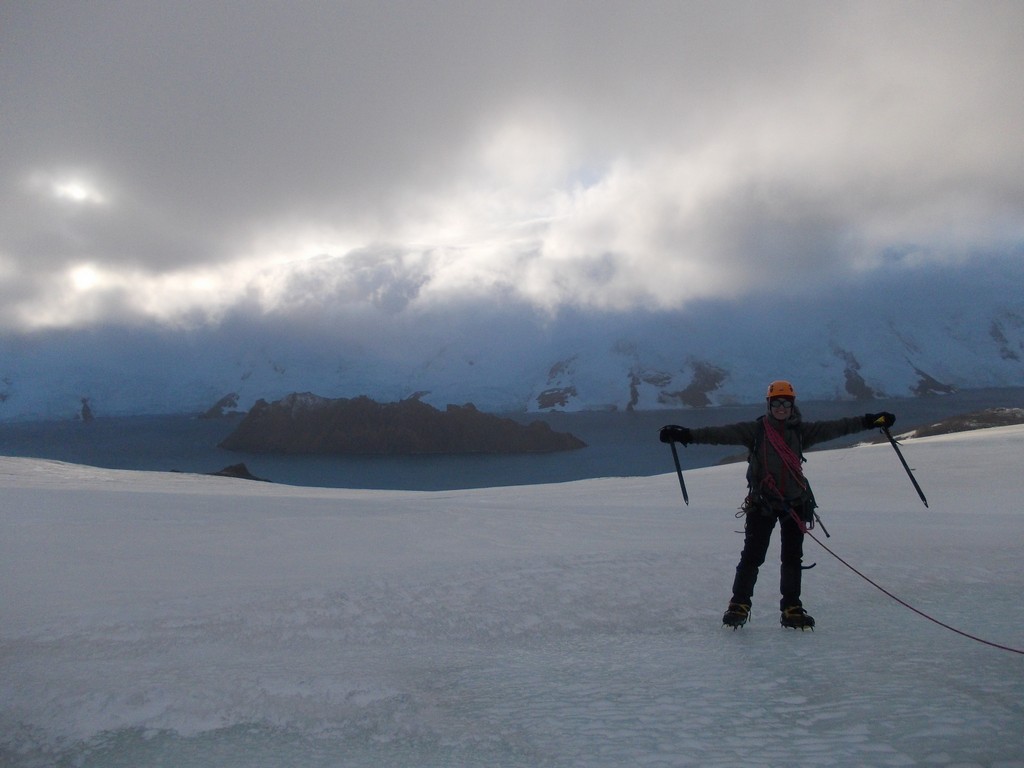 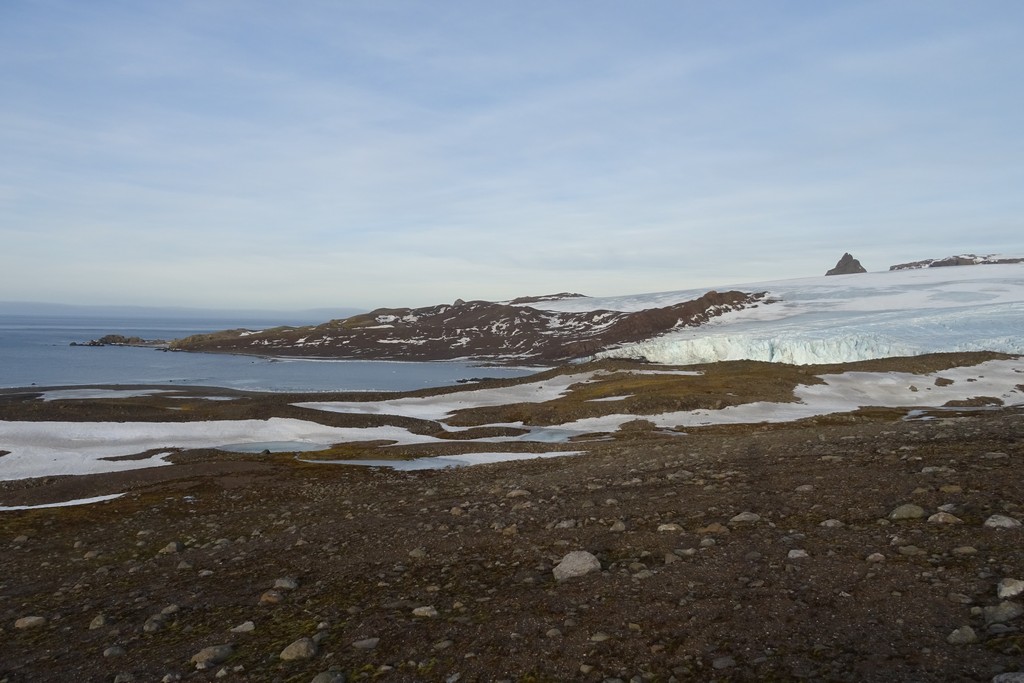 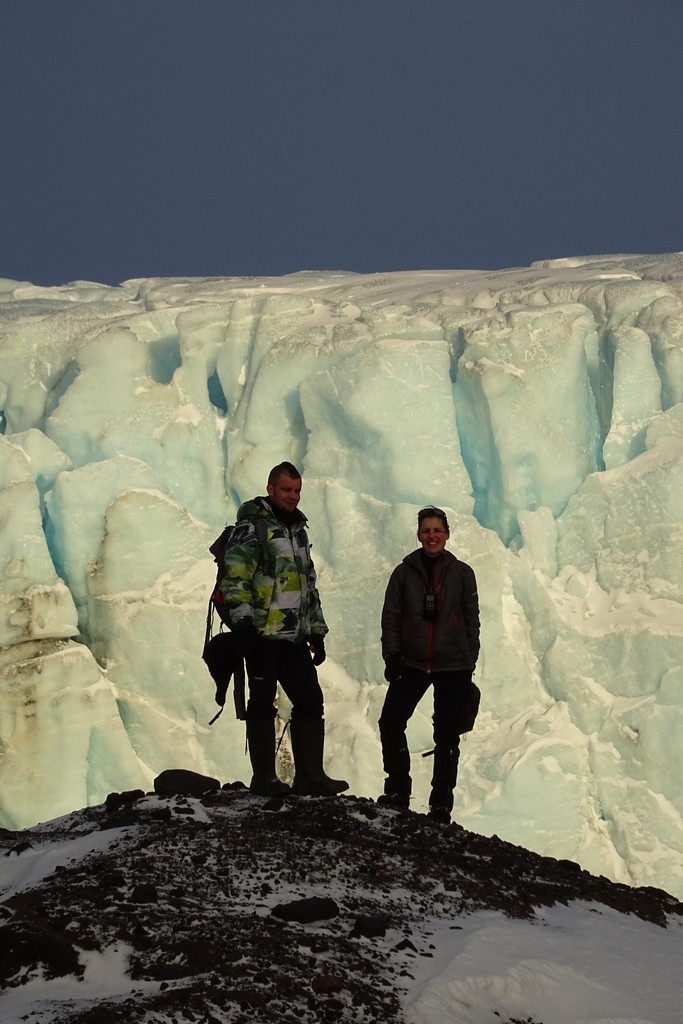 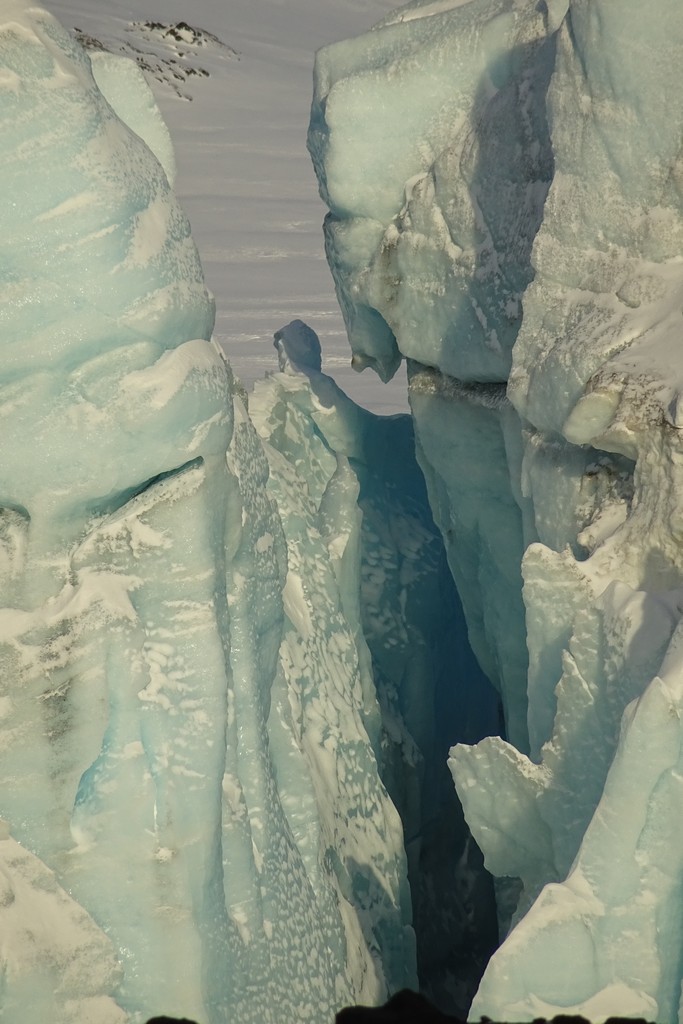