The creabeater seals still visit us. But the last visit reminded us of a funny situation that took place a year ago.

It was during the first days of our stay here, at the beginning of November when we had a lot of new duties and responsibilities and, suddenly there appeared one young seal which went ashore in order to rest. It fell asleep just right on “airplane” path (there was a lot of snow then, so it lay down in trampled place so we had to avoid it through the snowdrifts), and when it woke up, it went away visiting the building of power generators.

They were so adorable, and it was the first seal that we could admire from that distance. Naturally, those who read our blog carefully, just guess what it was doing when it woke up – yes, exactly, it was growling at everybody around til everybody, after a few days, had enough of it. And when it was at the station and it was dangerously crawling towards everybody, Piotrek said one, dirty, magic word and creabeater seal apparently resented, came back to the Bay. 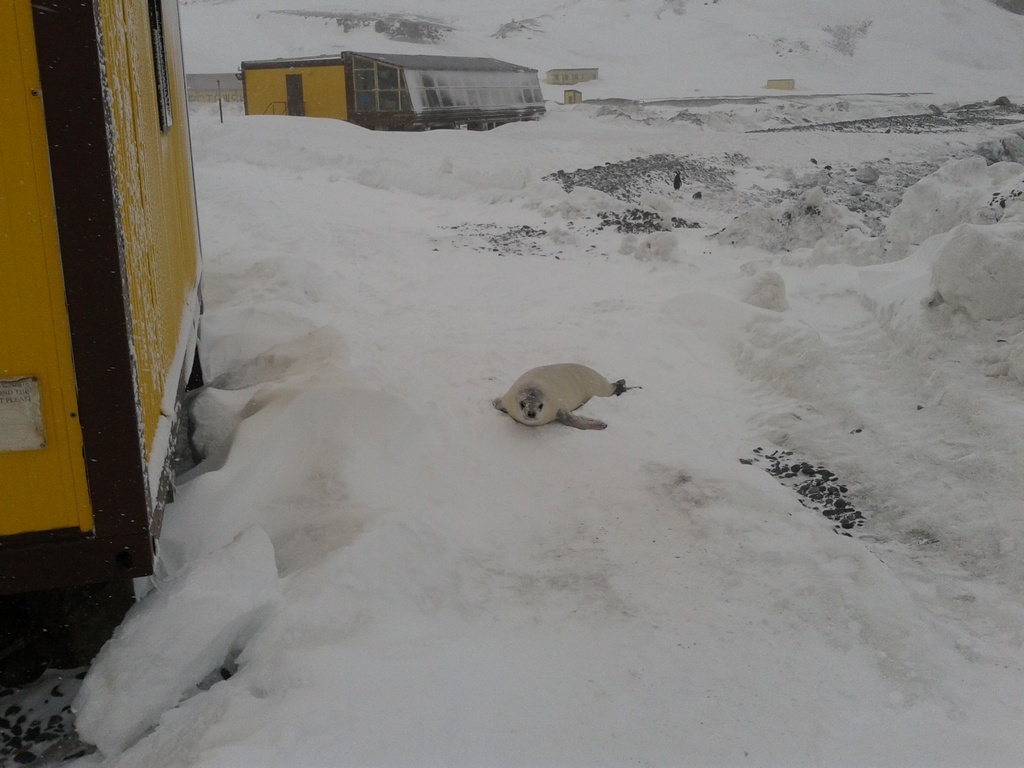 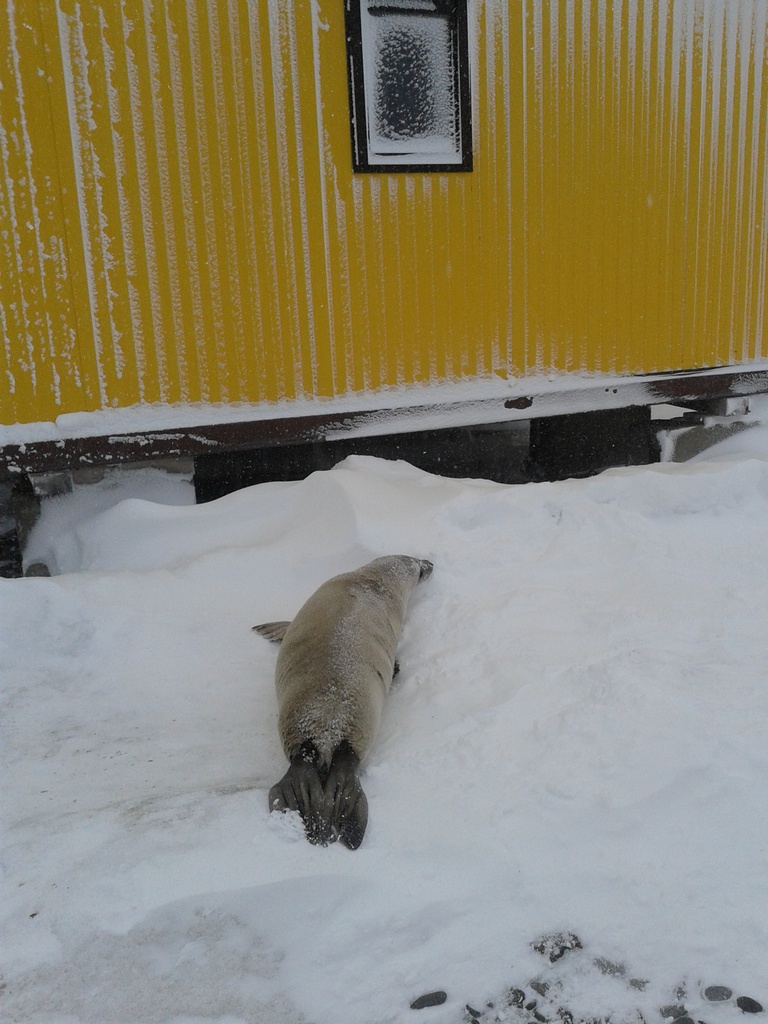 It’s been almost a year since then and yesterday very similar story happened. A day before yesterday in the Arctowski Bay several creabeater seals were lying down, yesterday two of them rested at Greenhouse, and today our popular couple have chosen the hall of power generators and lied down comfortably under the fuel tanks. 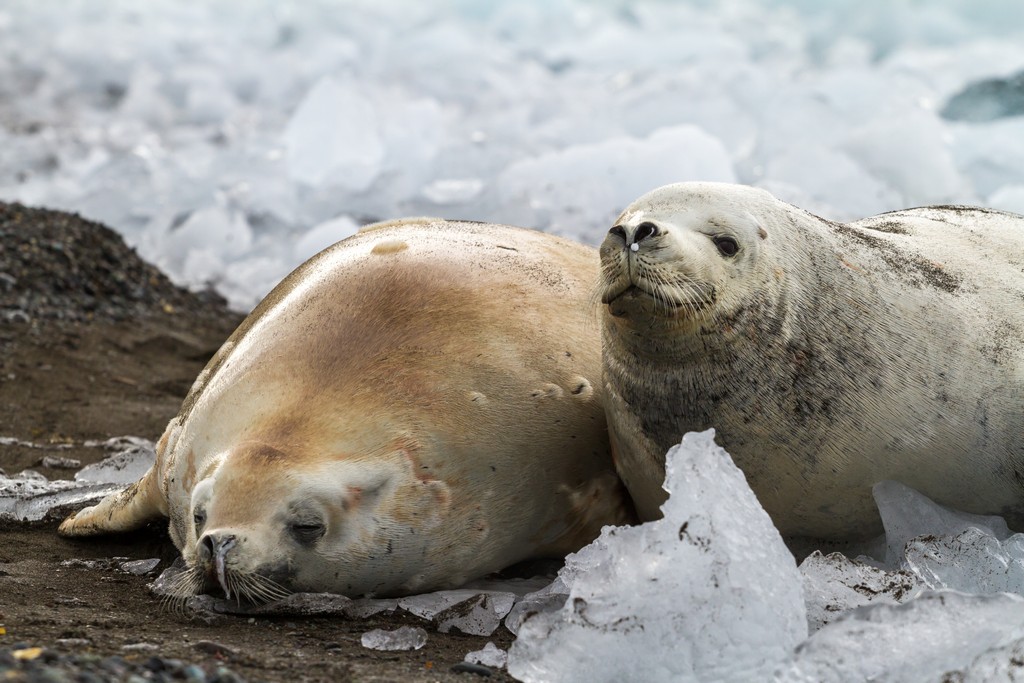 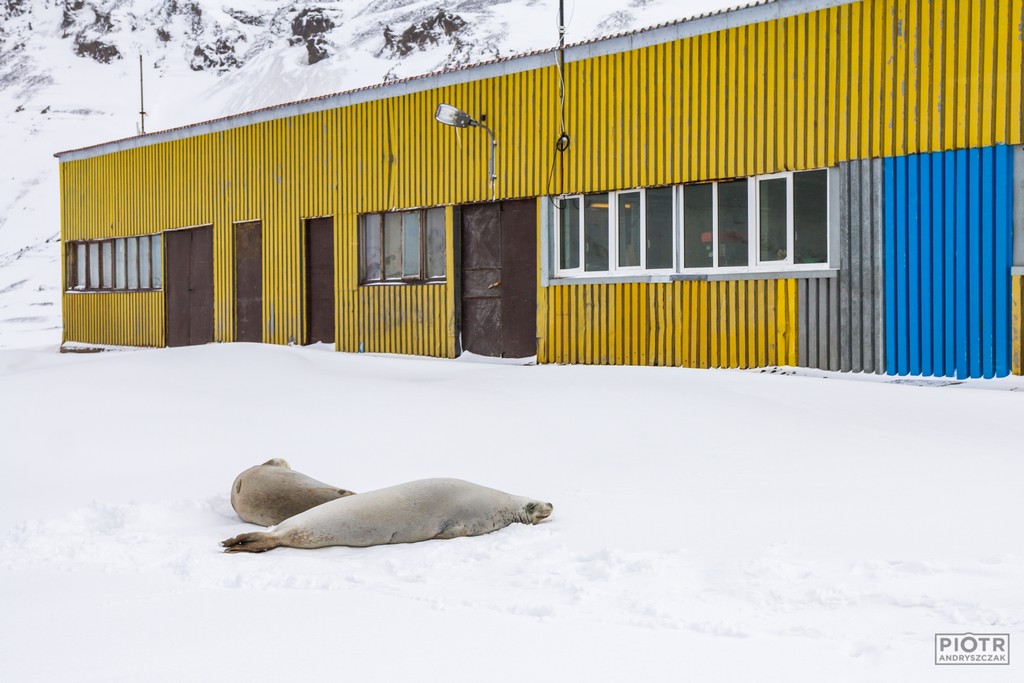 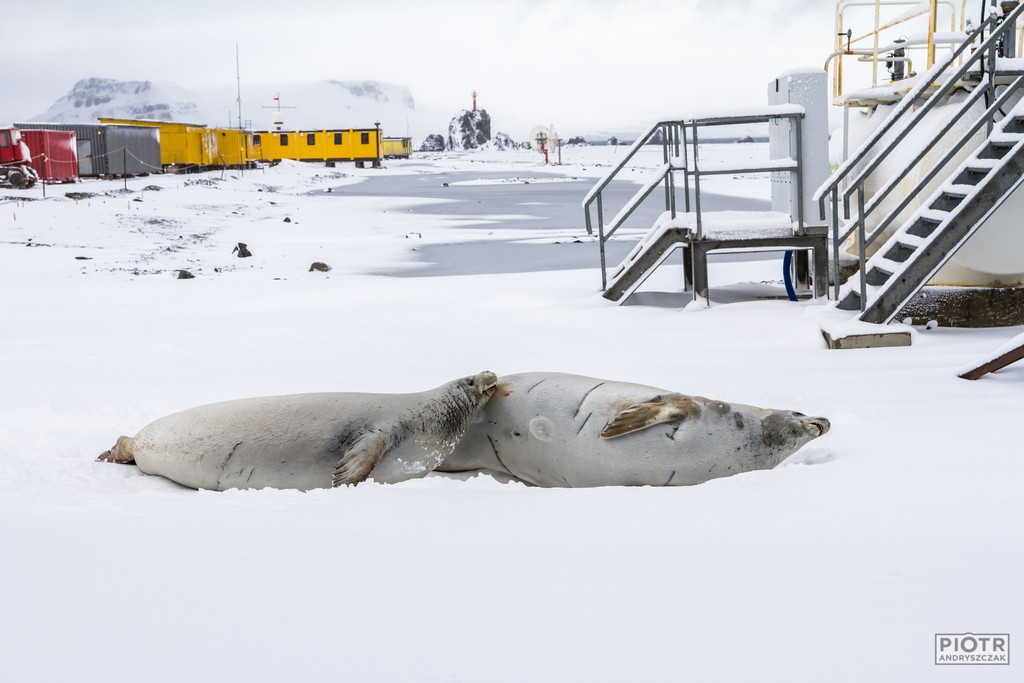 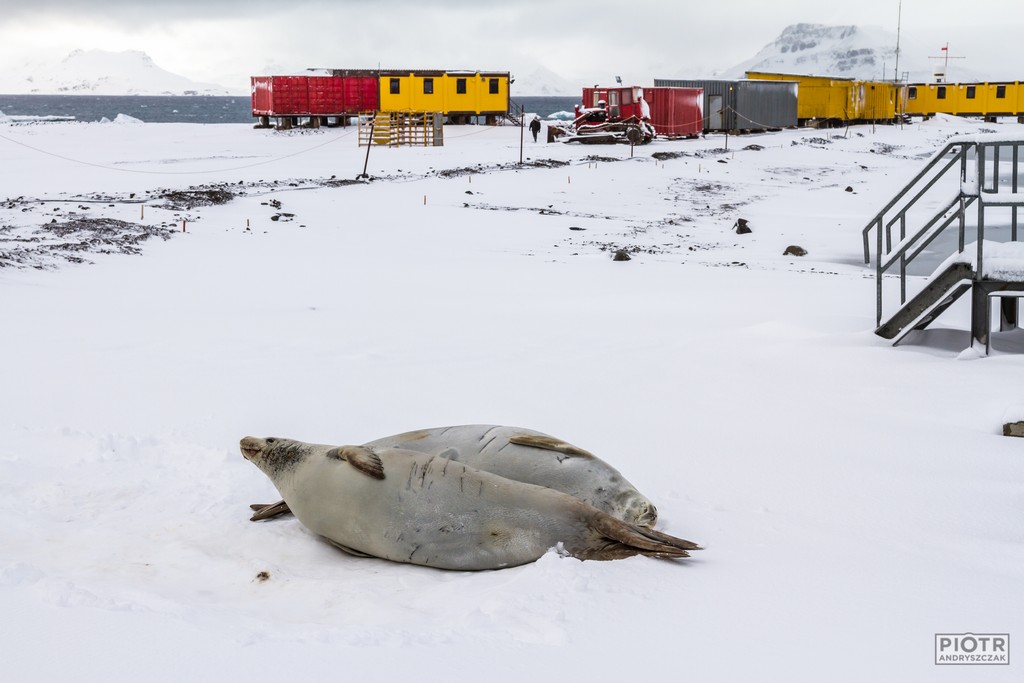 We were laughing that, possibly, it’s the same seal – it has grown up now and brought the friend with himself to show her the place he had visited before.

So, it looks like all of old friends have come back- today in the bog, I have noticed the first South Polar Skua, whom we have been looking for, for a long time. And it means that the penguins have to be on guard.

So, it seems like all have returned to its place, it’s apparently the time for us.