Some of you probably remember that we spent New Year’s Eve in the station, while a part of our team went to visit our Brazilian neighbours on the other side of the Gulf. However, what is delayed is not lost, so we also had the opportunity to visit the Comandante Ferraz Antarctic Station (Estação Antártica Comandante Ferraz) a few days ago.

Brazilian station is located on the other side of Admiralty Bay – you just get on a Zodiac, go straight ahead less than 10 km, which in good weather takes about 20 minutes and it’s already there. When it gets dark, the lights from the Brazilian station flicker shyly in the distance, which adds a bit of reassurance that we are not entirely alone in the snowy wilderness.

The station itself was founded in 1984, which is slightly later than ours (we remind – 1977 year). In 2012 the tragedy took place there in the form of a fire that destroyed all the buildings and left two fatalities. Then, the station was temporarily rebuilt (all composed of separate sheet metal containers for different purposes), and now some geological works have already begun for the construction of the new facility, which is scheduled to occur in three years time (while the visit in the station we met a group of workers from China, and their translator Wu, he spoke English and Portuguese, and he knew a few phrases in… Polish, because he had been learning polish for a year . Wow.)

The station is larger than ours, it can accommodate about 60 people (in our approx. 40). Wintering group counts 15 people (the name of the expedition is “Endurance”, we took some photos over their logo), including one woman and at the same time doctor – Fatima (a fantastic person, a firm, decisive person and doing well in the male environment) and the most important – this is in contrast to our station, whose destiny is strictly scientific, military outpost (although research is also going on there. More about this you can read here). 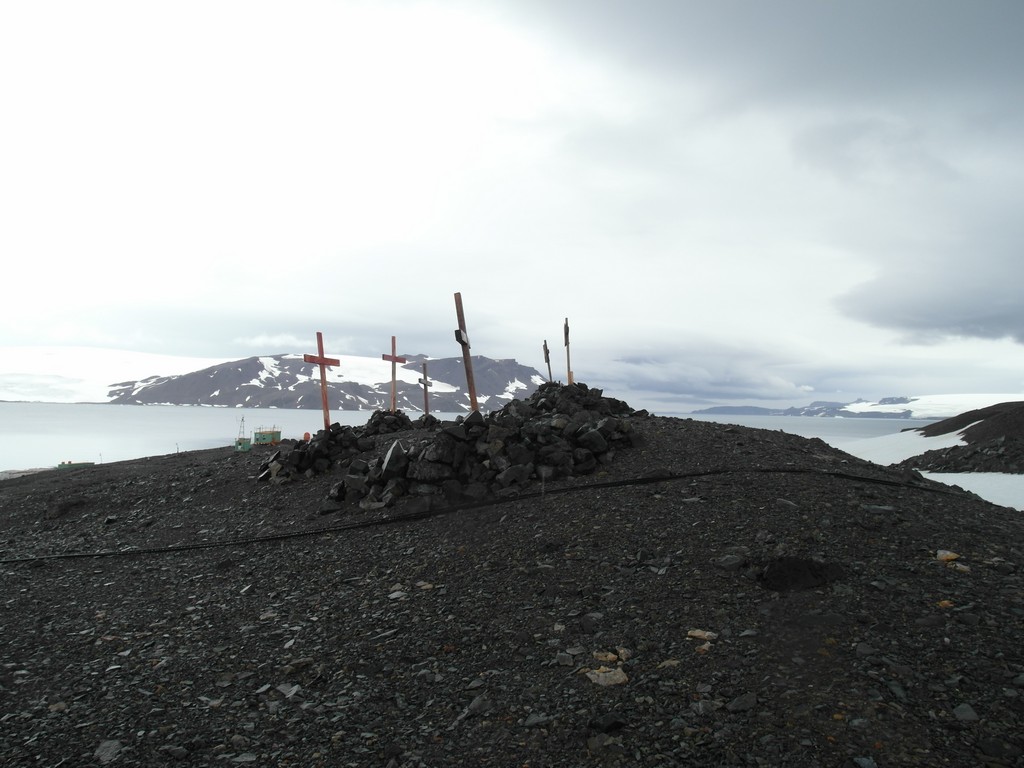 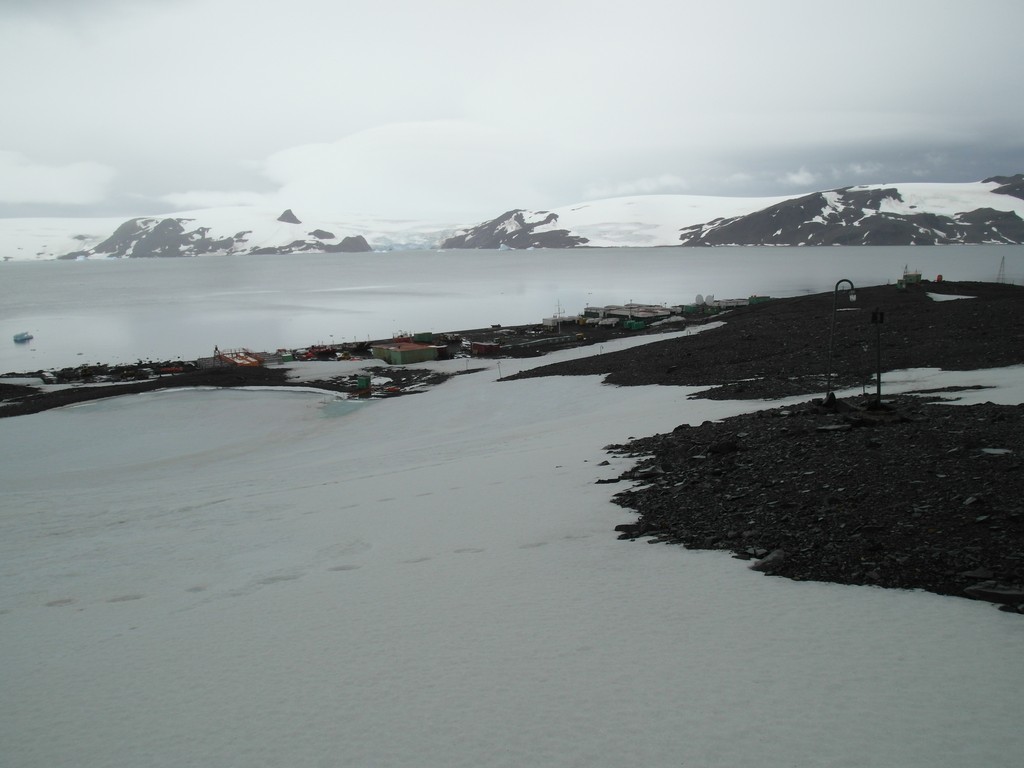 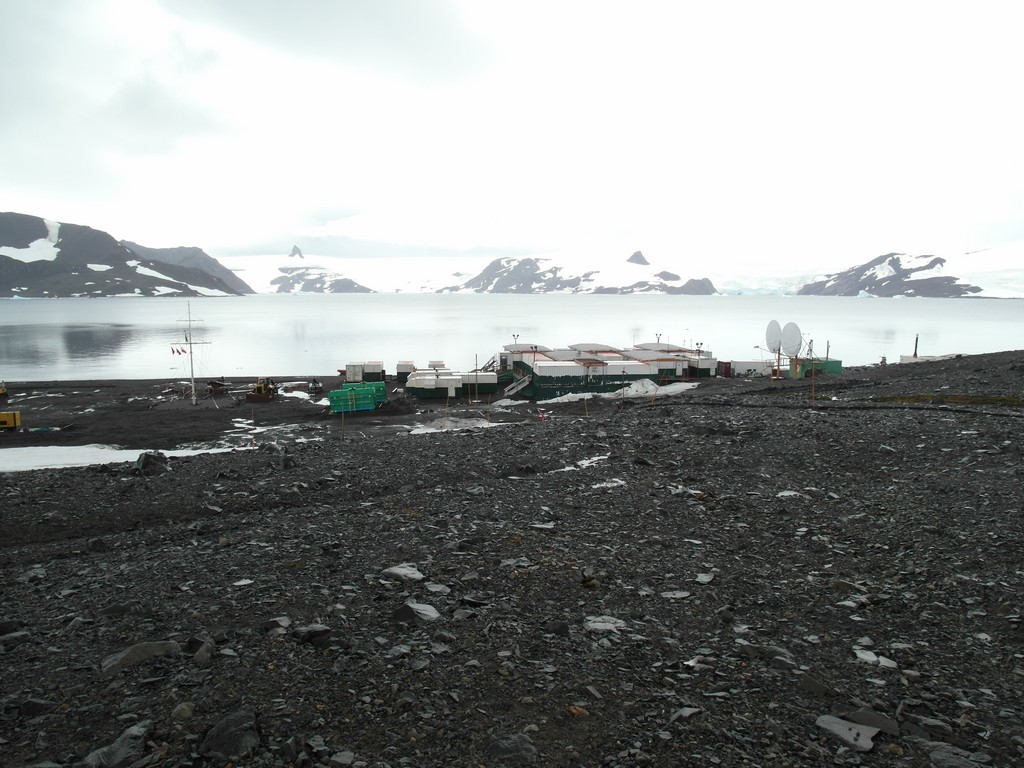 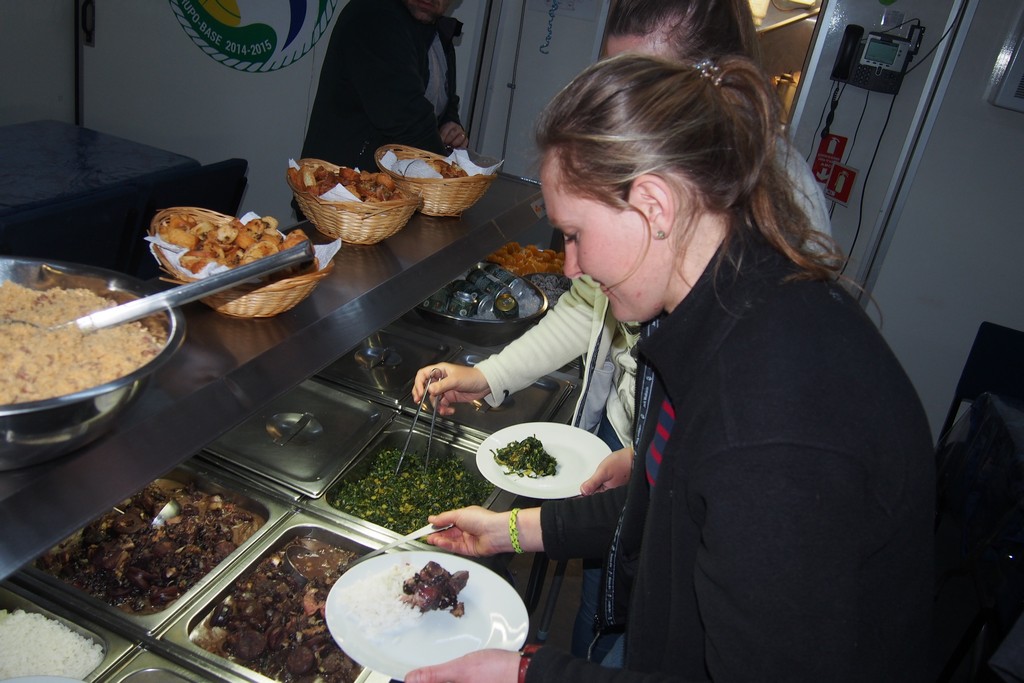 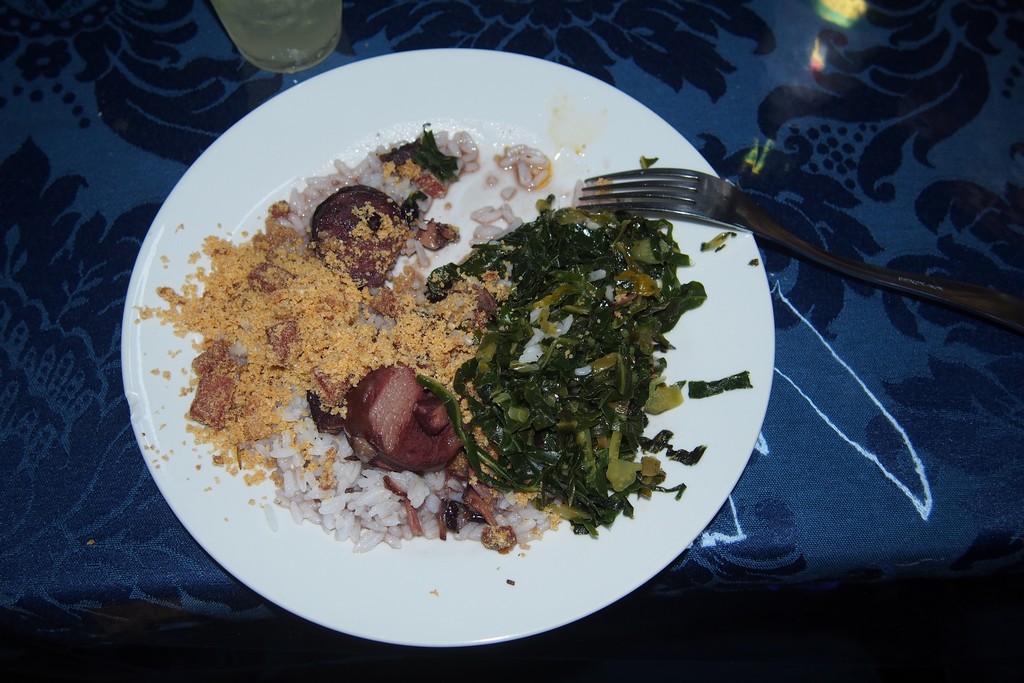 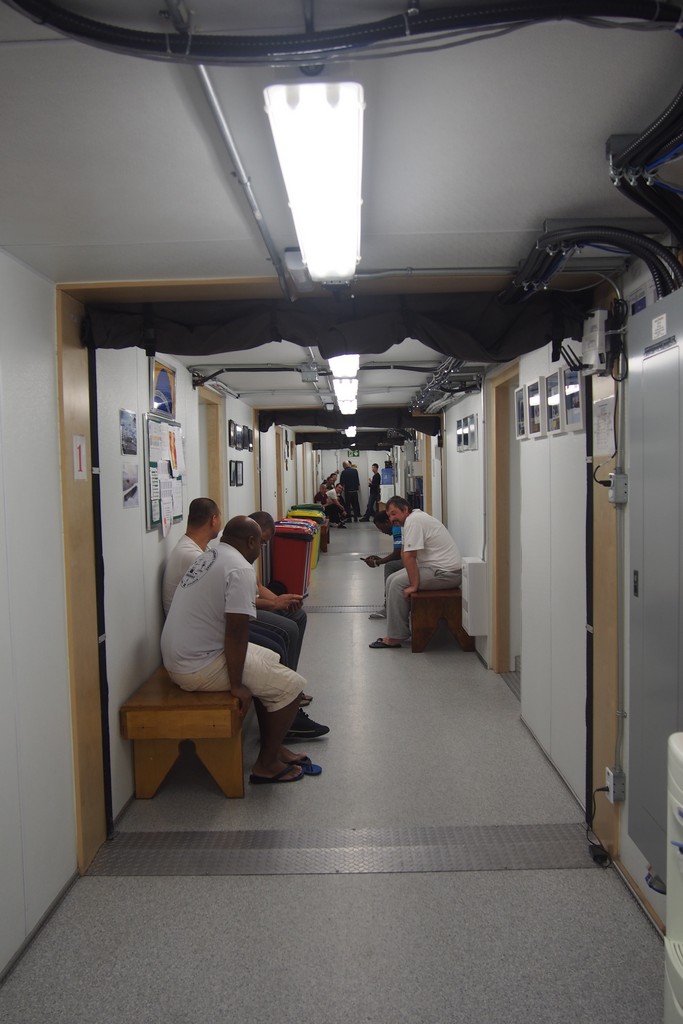 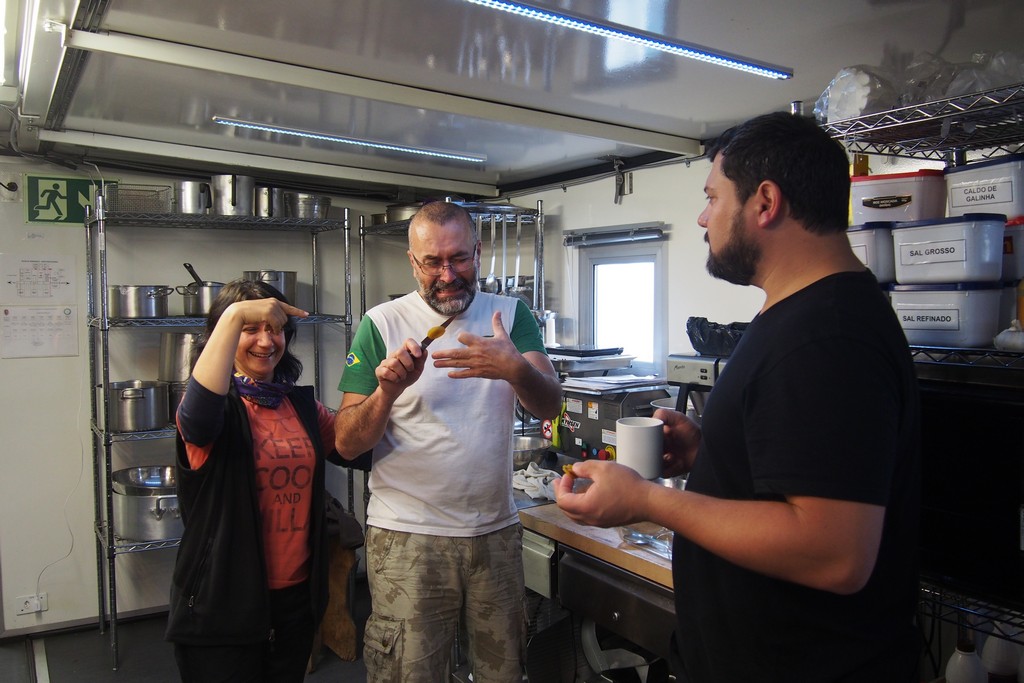 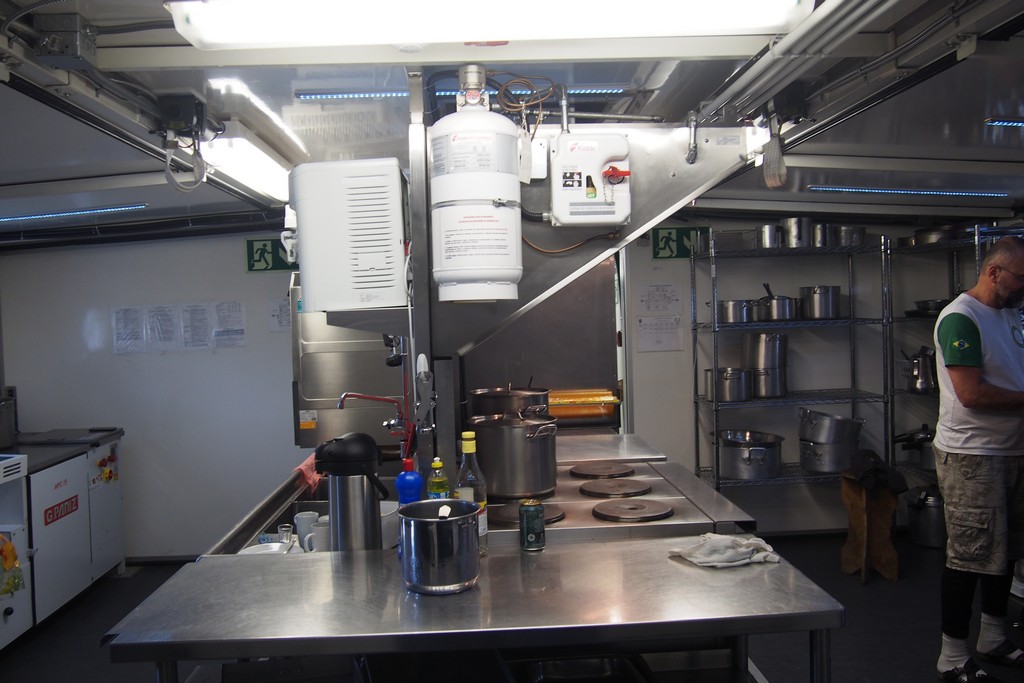 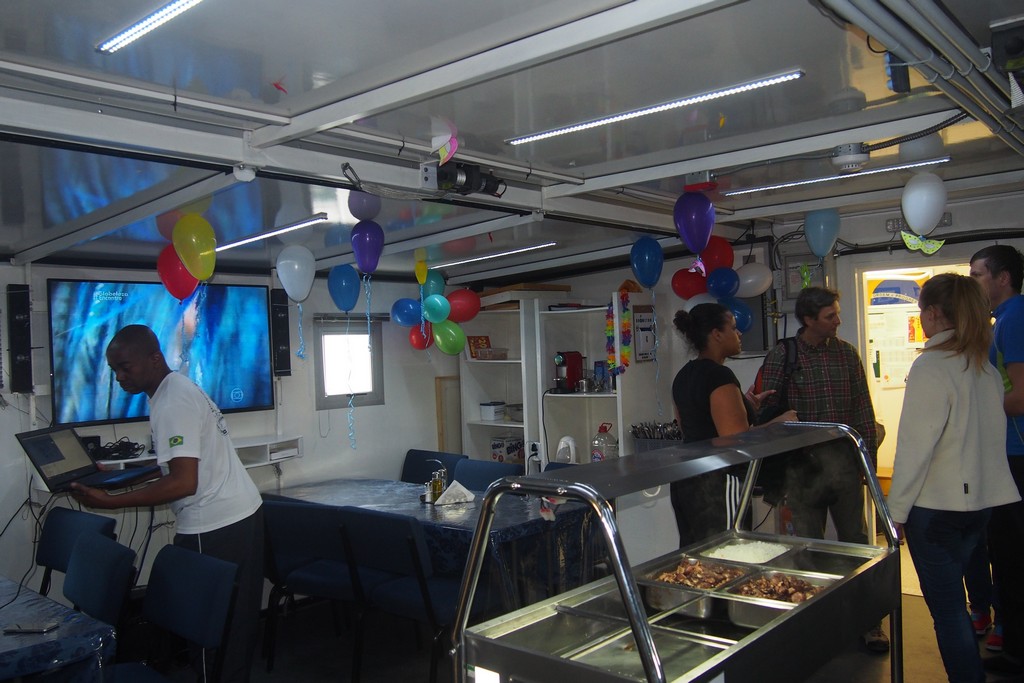 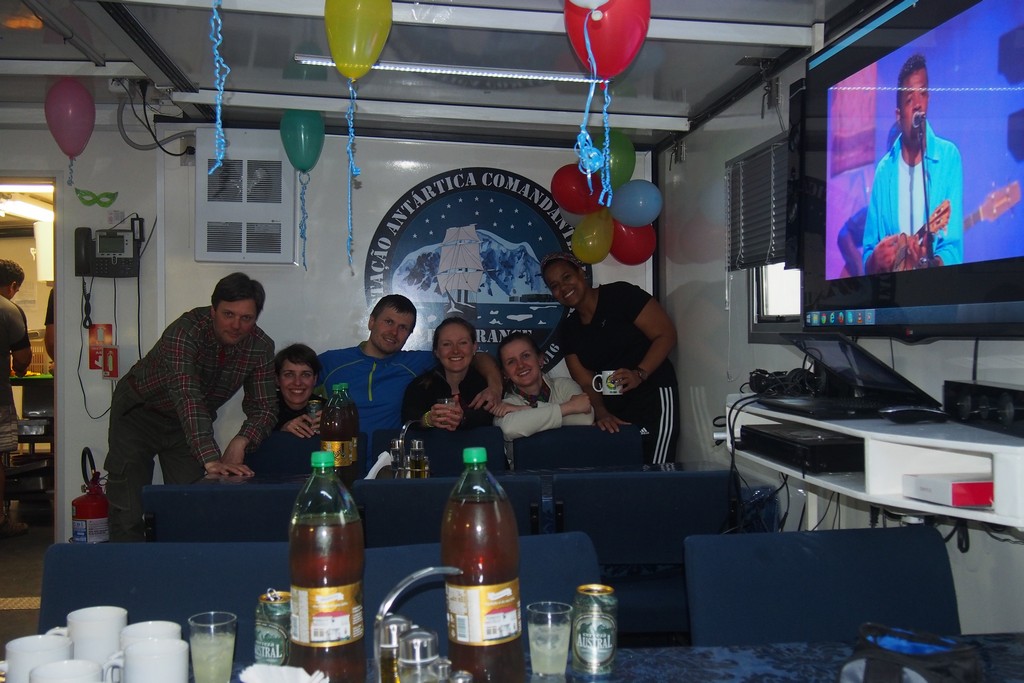 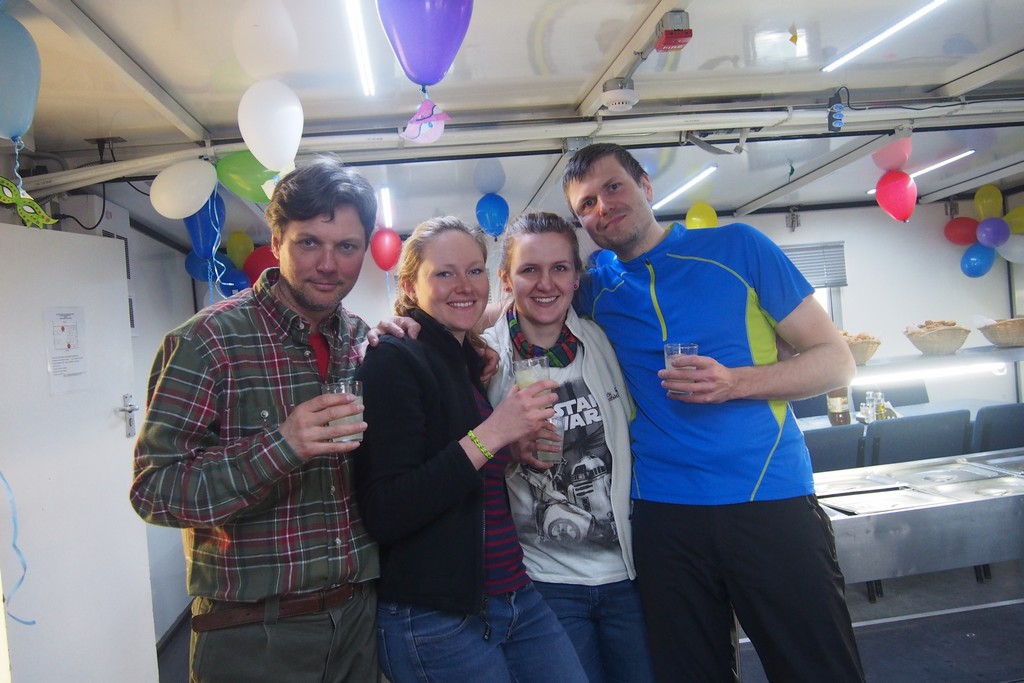 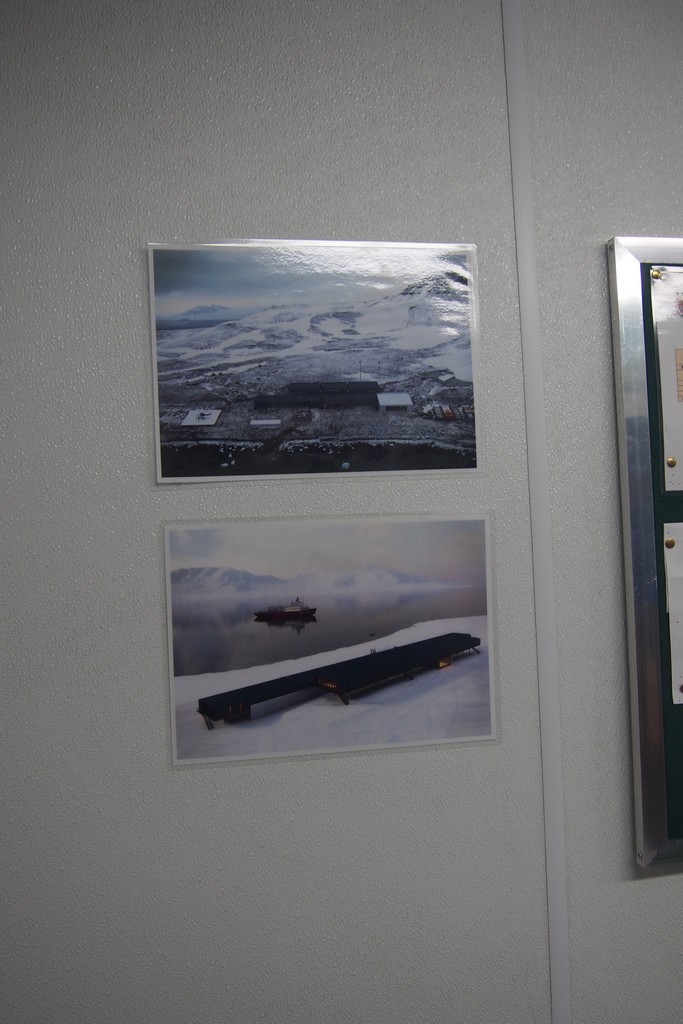 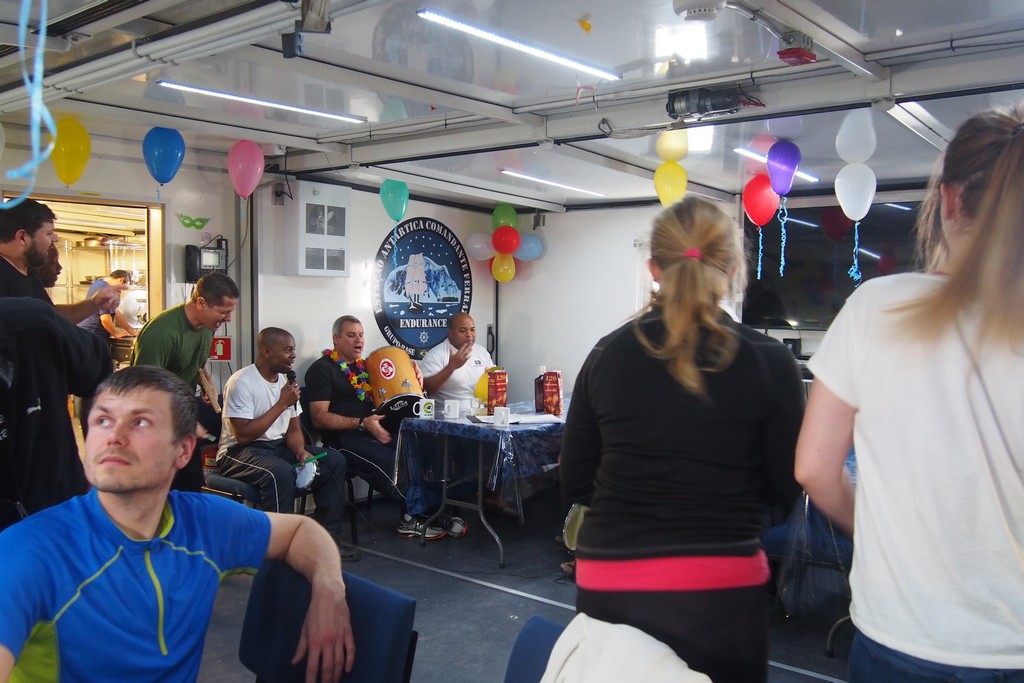 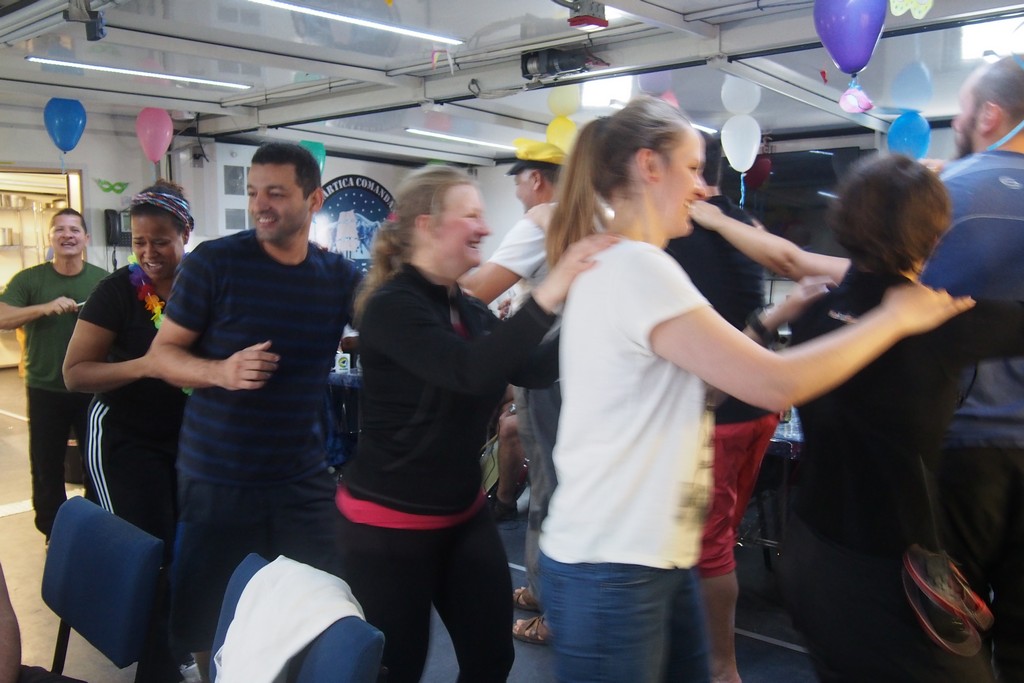 When we entered the main building, I felt so hot, because the atmosphere inside was truly Brazilian – 28 degrees, and in the dressing room it reached 30! (for comparison, here is about 22 degrees). There is no wonder, that in such a station Antarctic people walk around in shorts or sandals or just bare feet. And If you think that some of them (due to work here) saw the snow for the first time, it’s getting even more and more exotic.

Life goes on in a long corridor – along the walls there are benches where people sit staring at their smart phones, listening to music, drifting back and forth, so it’s giving you the impression of staying in the hospital… Who knows, maybe even mental one. From the corridor you can go to rooms – the mess hall, kitchen, several, or multi-people rooms, bathrooms and the infirmary. There is a list in the laundry – who and what days of the week washes clothes – with so many people, people are divided into groups (each called otherwise), and these groups are included in the schedule when they should do laundry.

We’ve barely made ourselves comfortable, we were invited to the mess, treated with Caipirinha and Brazilian national dish – feijoada with salad of cabbage and farofa (these are with pieces of fried bacon). As the Brazilians are very “dancing nation”, there soon appeared all sorts of drums and we started singing and dancing together. In the end, we visited our friends at the end of the carnival.

The whole thing gives a very modern feeling (our station has a completely different, more “shelter” climate – I know, I know, for sure there will be entries for the same station in the “cucumber” season) – and in the dispensary one would like to stay longer (a bit like nonsense, but it’s such a really cozy one), and an enormous kitchen to cook dinner in (ours is the more like at home). It’s nice to have such neighbours!

This is certainly not the first, and not the last occasion to visit this special place – birthday of Fatima is approaching, which we got the invitation to and the opportunity for a return visit and the feast in our station, which falls on February 26th.