It all began at the end of November, when together with Asia we made the dough for gingerbread (me) and gingerbread (Asia), which, in accordance with the provisions had to be left in a cool place almost until Christmas (interestingly, we both used the old family recipes that were handed down from generation to generation). Then, for the all “would likes”and some diviations like “for holidays I’d eat …” “on holidays let’s do this and that …” it was necessary to give ourselves some dynamics and on our corkboard there hung art works both for cleaning and cooking.

The first point of checking our combat readiness was a meeting before Christmas, to which we invited neighbours from the Commandante Ferraz Brazilian station and also 4 scientists from the nearby Copacabana station. There were gingerbread, “Karpatka” (which, as it turned out, is a huge hit for foreign visitors – older explorers mentioned as Chilean pilots could even fly in here by helicopter just to get the specialty), baked beans, mulled wine and lots of other goodies. Brazilians (which are called “Brazylianie” here) were amazing – they felt like at home, after taking off the jackets the girls immediately ran to the kitchen to prepare drinks, and turning on the music meant that there exploded a crazy party on the floor, which lasted until 3 at night. 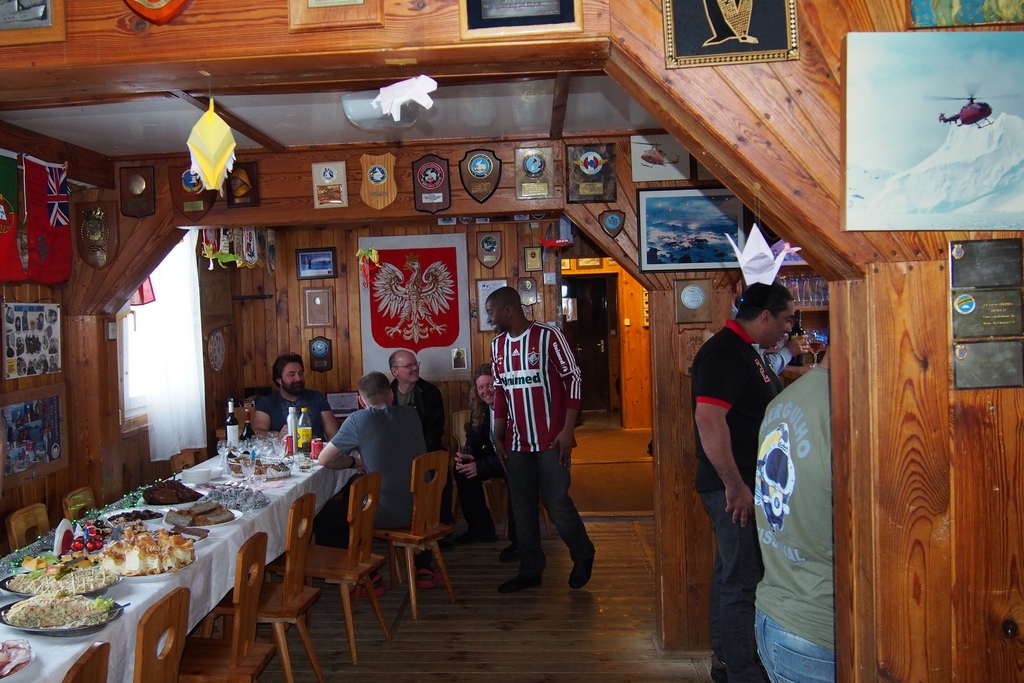 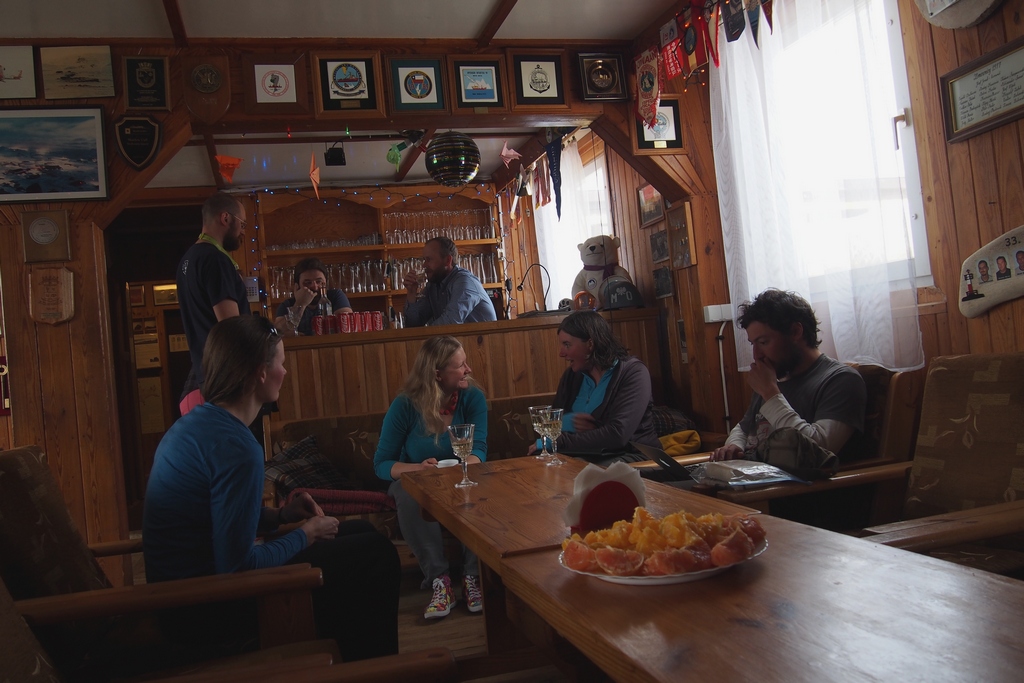 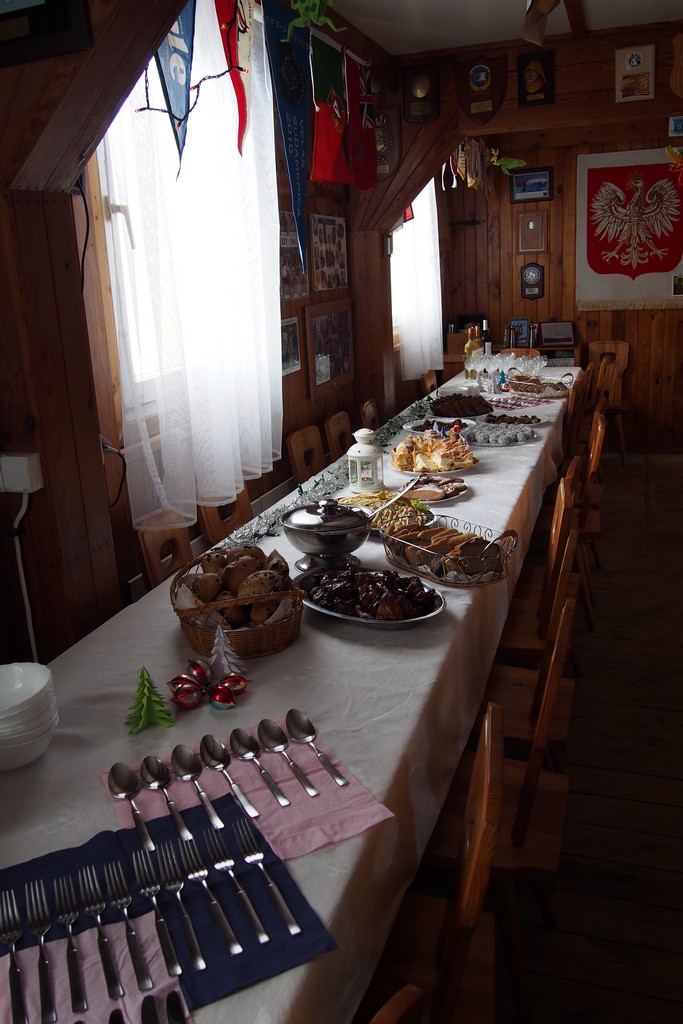 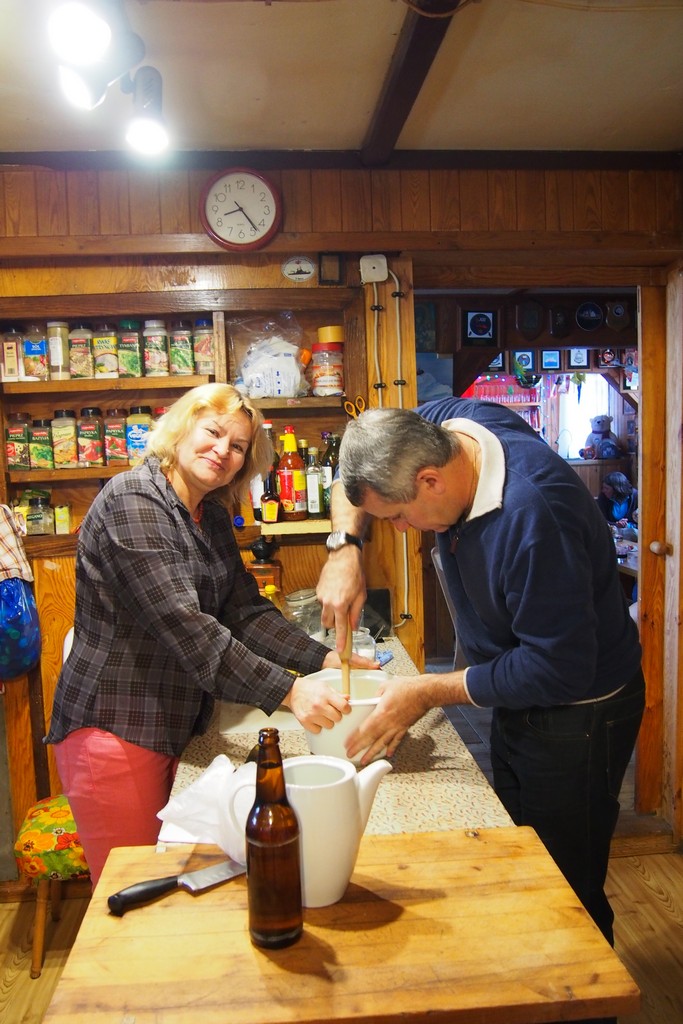 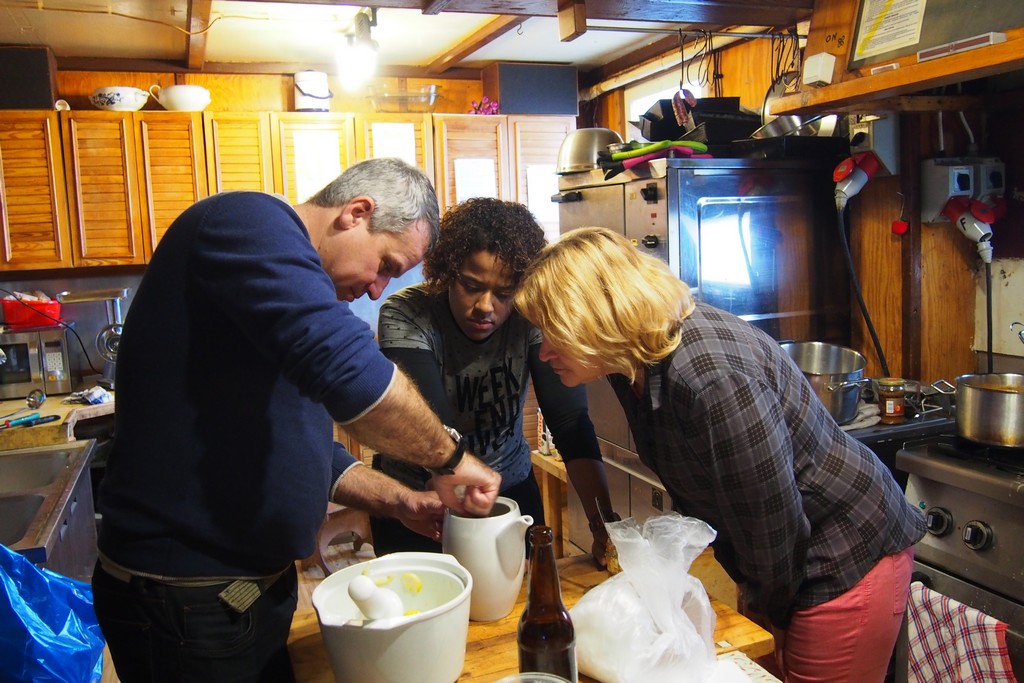 Guests didn’t want to stay for the night and so, they returned to their station by two pontoons, but the cheerful mood they left behind remained in our memory for a really long time. Many of us just cannot wait for the next meeting already.

When all of us got some rest after Saturday madness, Monday welcomed us with the smell of dried mushrooms for the ears and … washing the floors (the second one was, unfortunately, for some the less pleasant experience). Actually, I have to say that preparations were inaugurated by Damian that fought with cooker hood and so he washed it precisely, that the fan burned down out of luck (maybe it has never been so clean and it was shocked, who knows it out there). We decorated the Station, Christmas tree was washed  precisely  in the shower by Leszek, in order not to frighten with dust and it is now politely waiting for the bubble and chains. There is getting tighter on the magazine’s shelf with the cakes and the fish defrost in the kitchen ( unfortunately, we won’t have carp for Christmas or perhaps any other fish because the trip of several fishermen was not actually successful). But yesterday was shut by glazing the gingerbread. 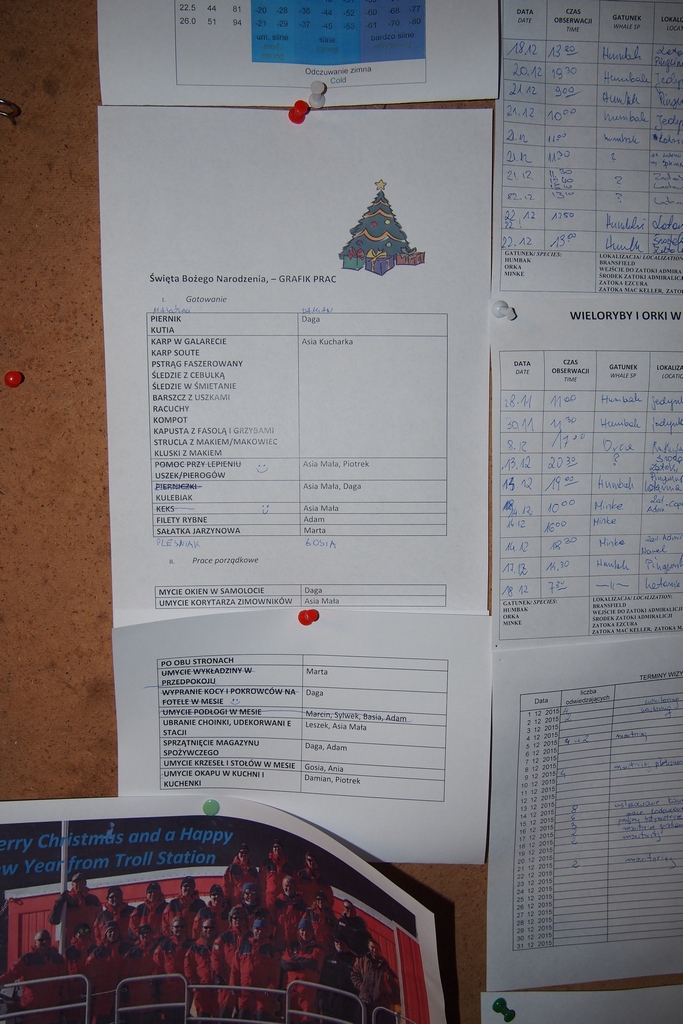 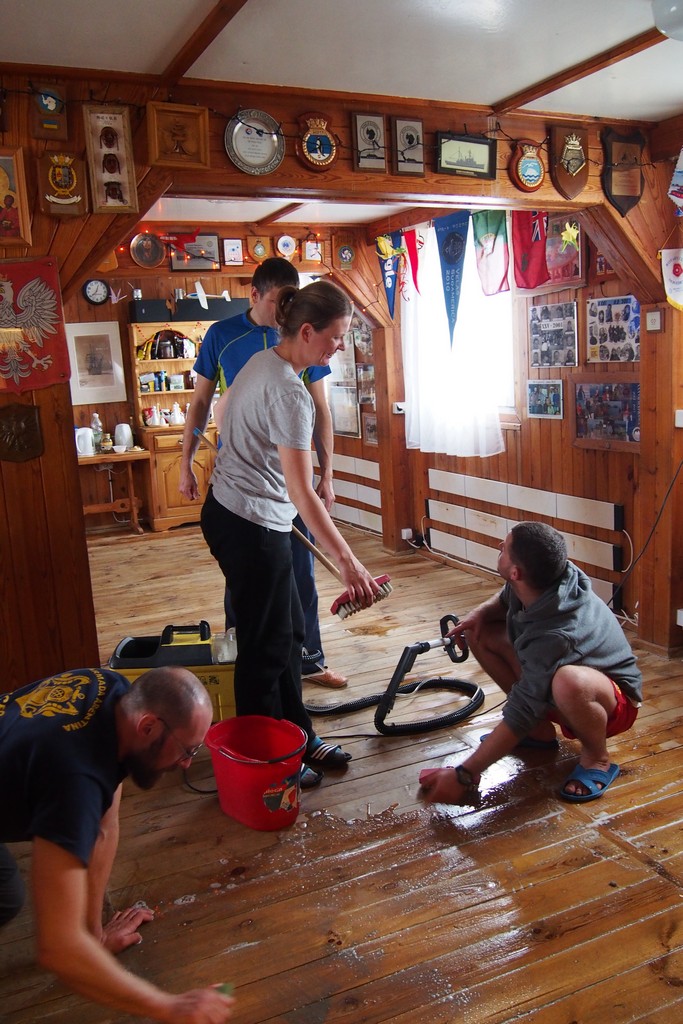 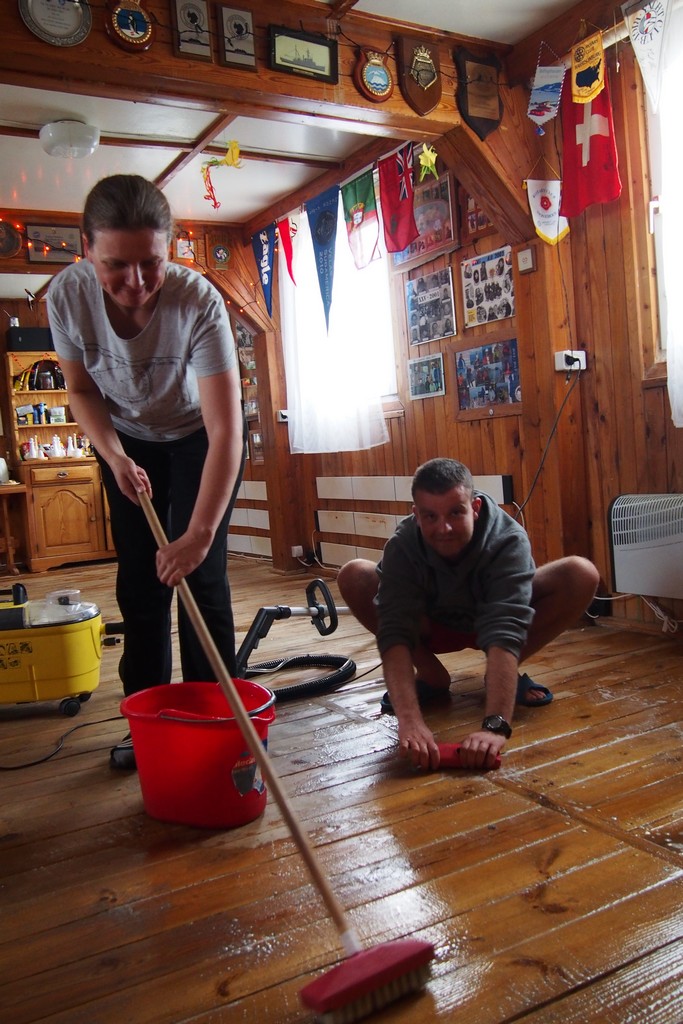 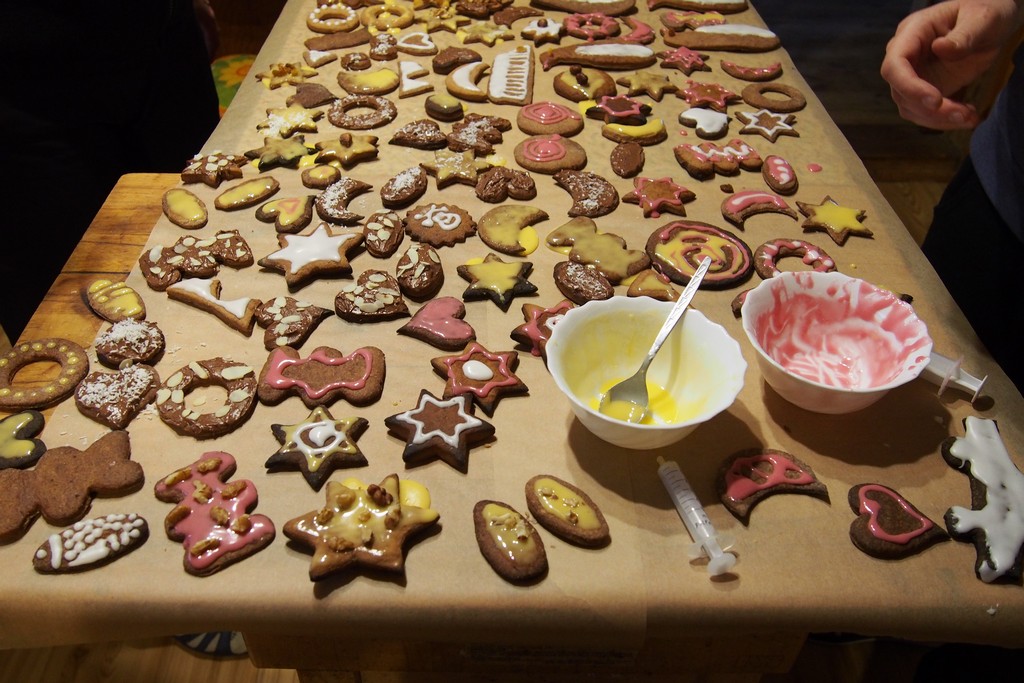 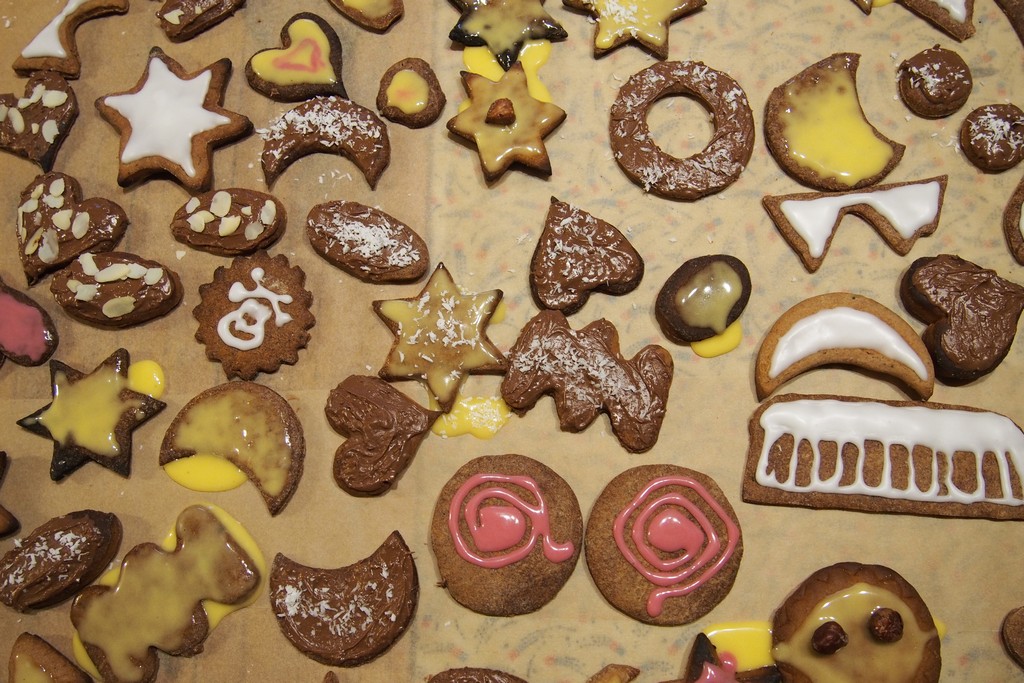 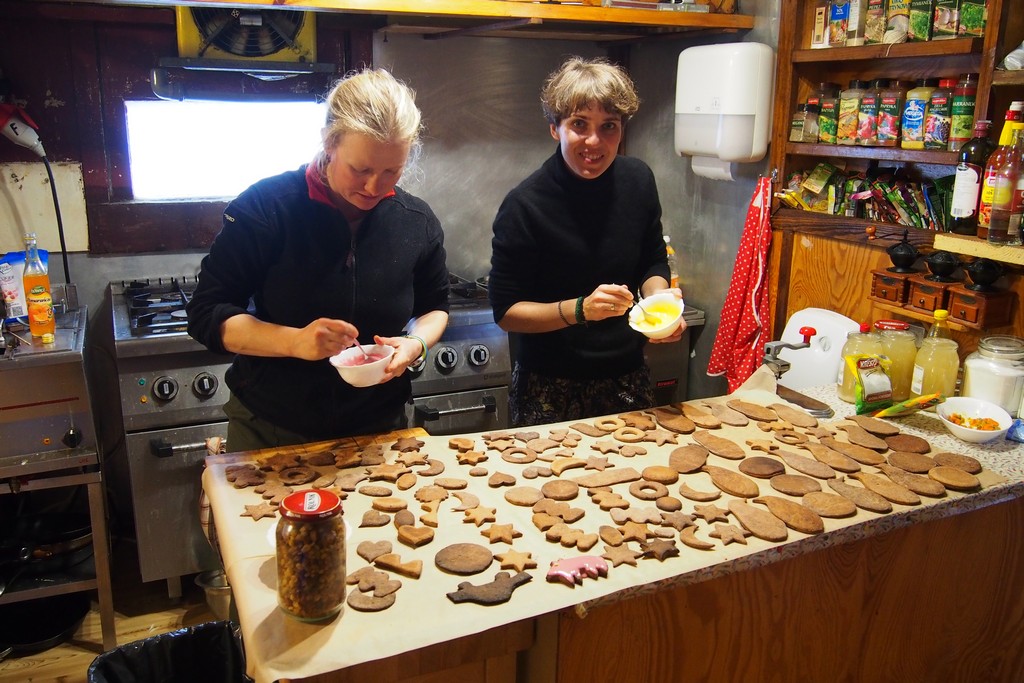 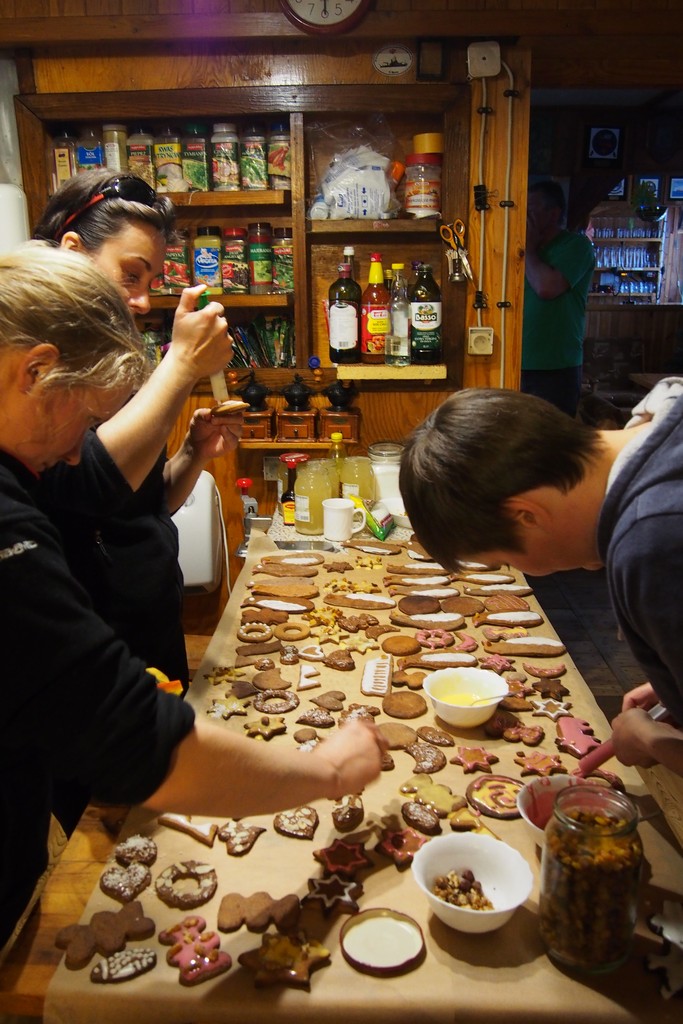 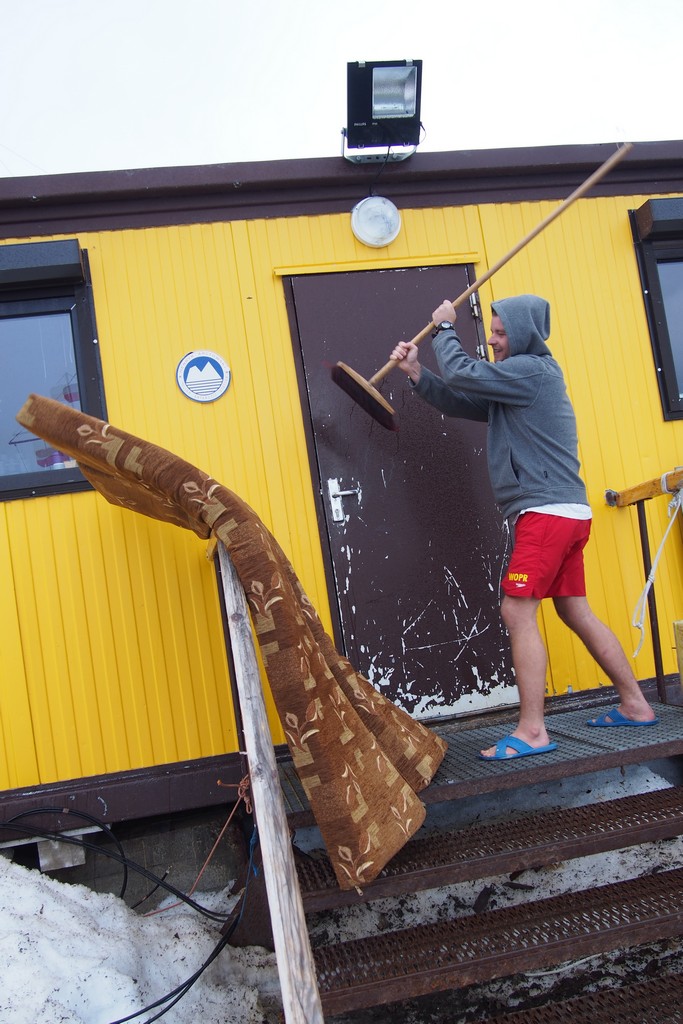 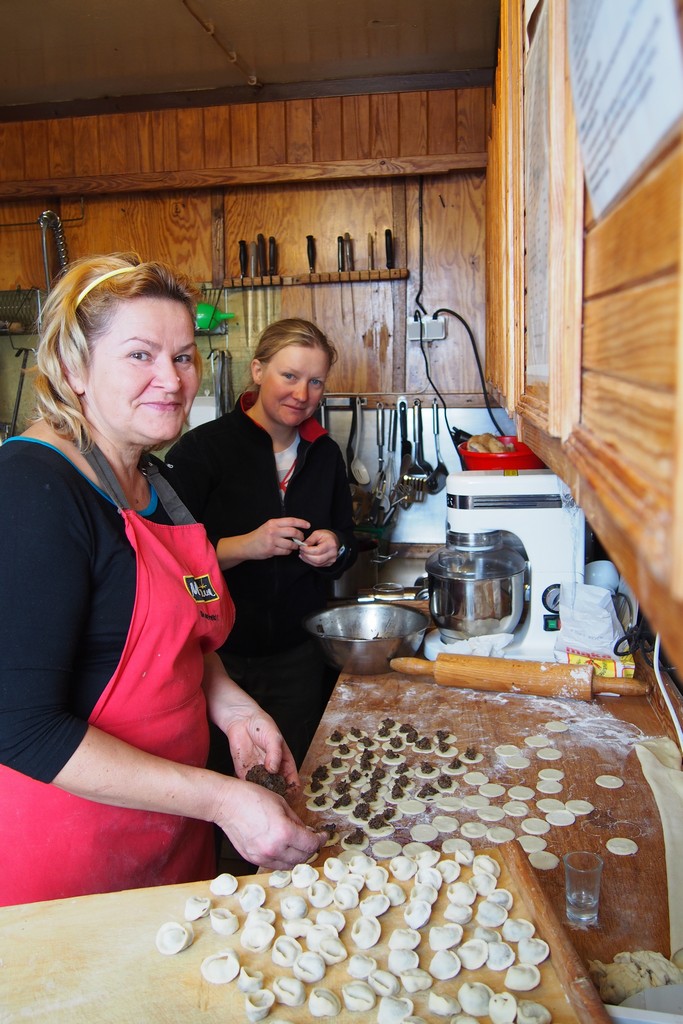 Today we continue our culinary struggle, the poppy seed cake is still waiting in the queue and also driers compote pies and some other goodies. But that is going to be in the next post. But meanwhile just wish you nice preparations for Christmas!