On Sunday, as we were resting – we decided to go for a walk with a kite around the station in order to take some photos. The last photo shoot took place at Polar Pioneer ship.

We chose so called ”one” as the place for taking photos, this is a place 1 kilometer away from the station and there is a huge fuel tank, an old fishing boat ”elephant” which, because of its technical condition, isn’t rather going to sail and yacht S/y Polonus – you might have heard the history of that yacht about one year ago when it had an accident in the area of Lions Rump (here is more on that). Currently, there are 5 people in the station, whose task is to restore it to life and then sail to Poland. That’s why the renovation works are underway, we were able to take some pictures right there.

We were taking photos at about 12 – although while we reached the place it was kind of sunny (that isn’t really obvious in those weather conditions), it had gotten cloudy just before we prepared the equipment. We decided not to give up on the photo shoot. The wind was blowing from the South – East with a speed of 10-12m/s. This time we’ve taken the climbing harness to which we fasten the rewinder and the kite just for safety. 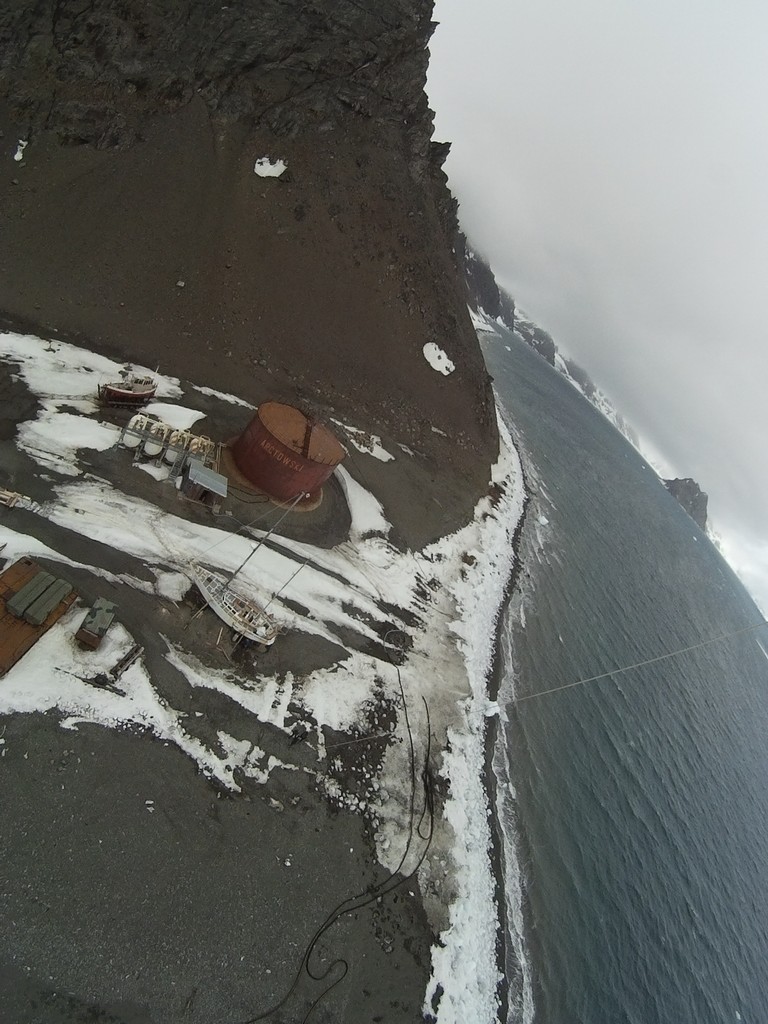 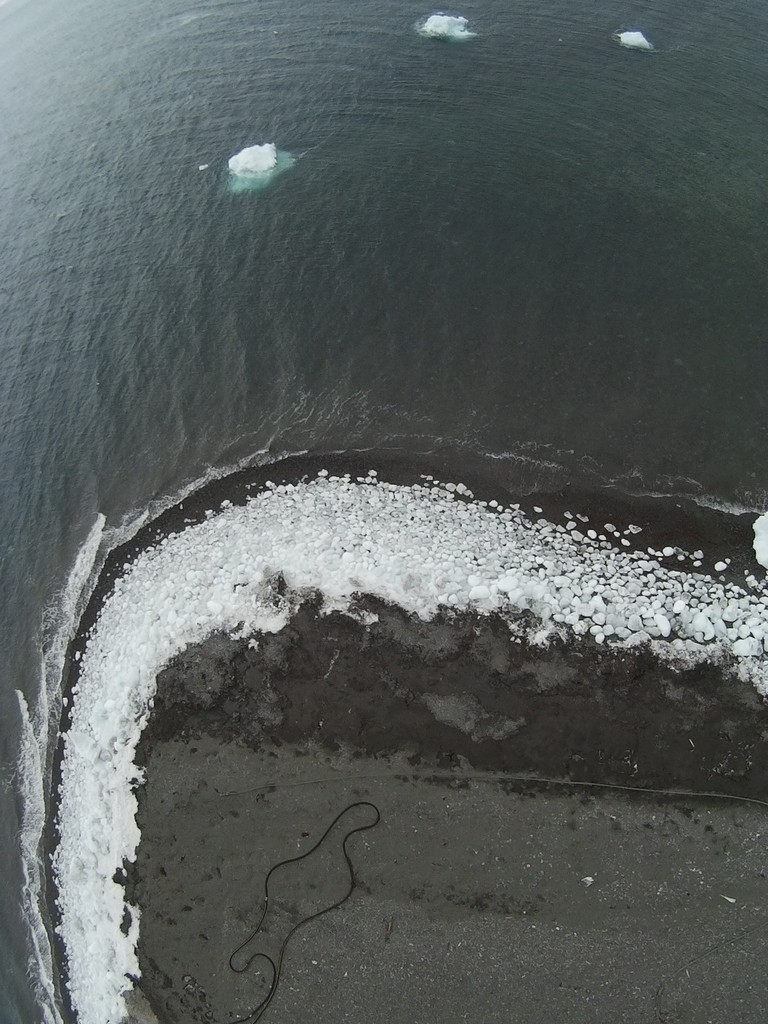 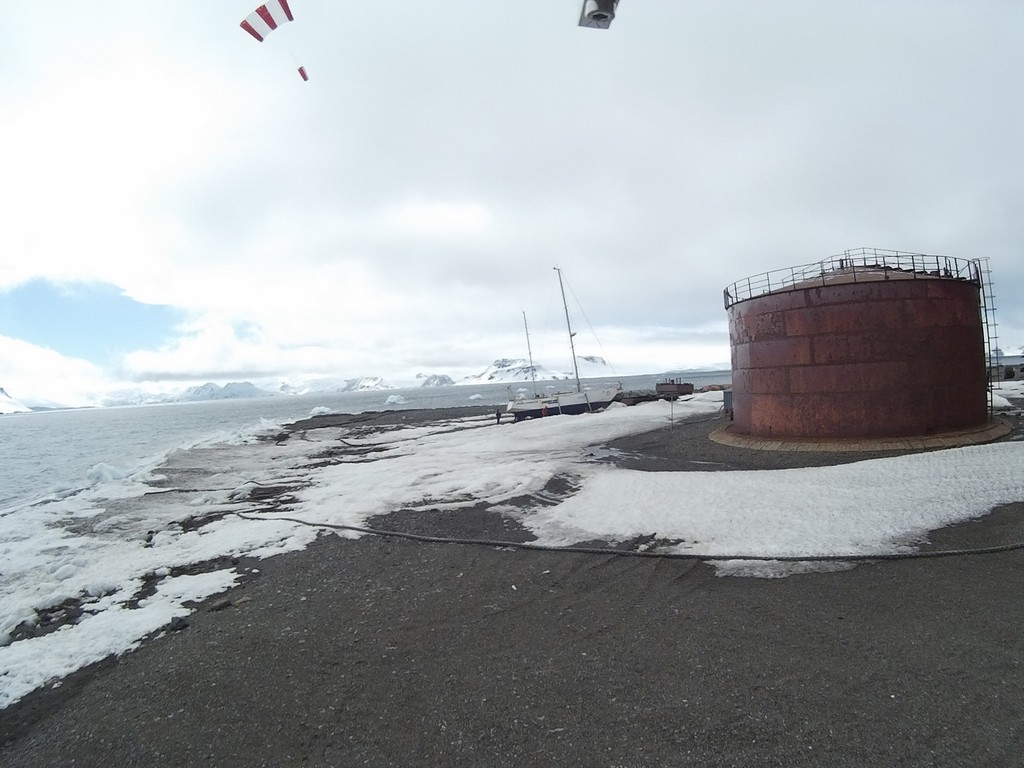 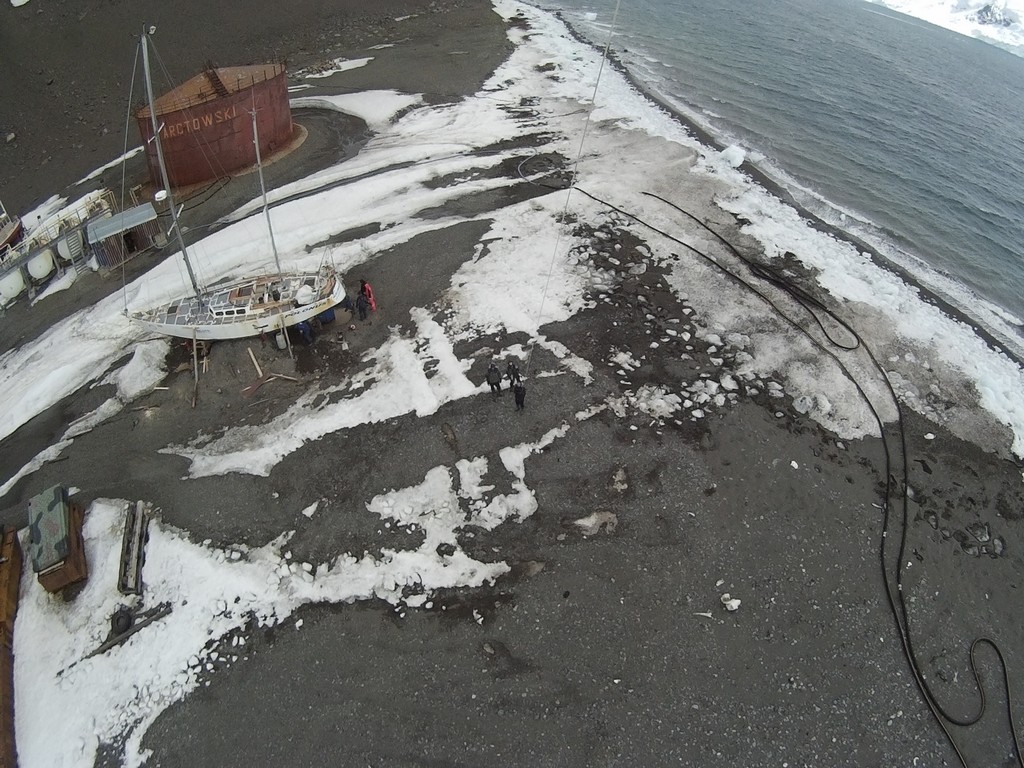 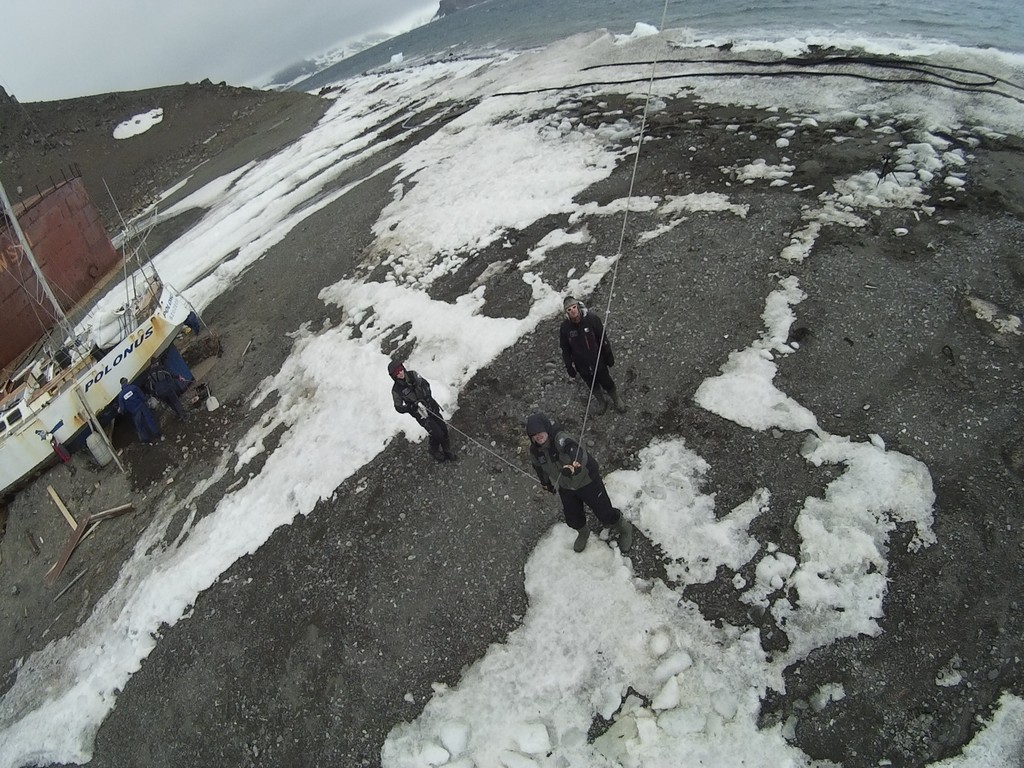 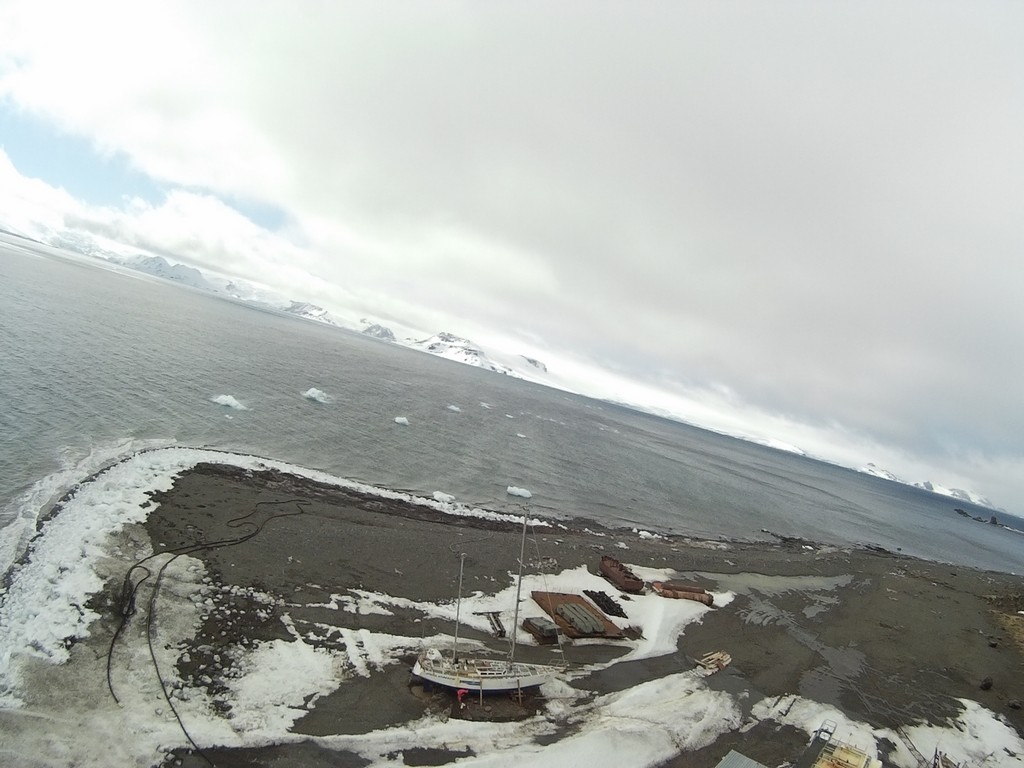 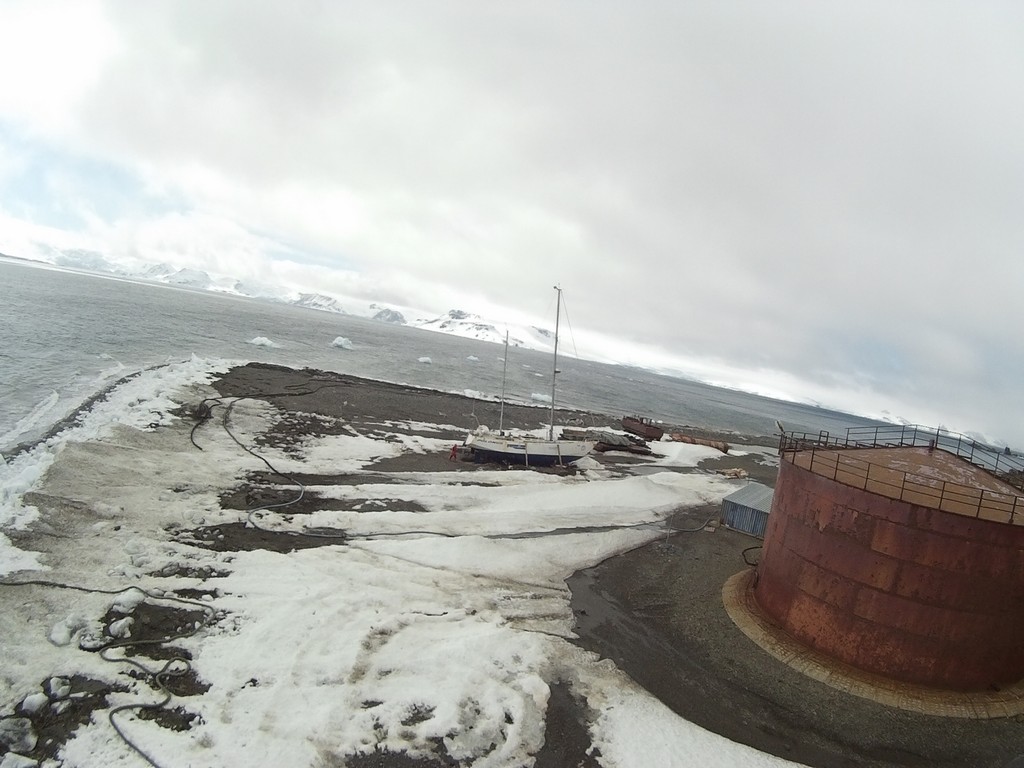 As it often happens in life there were some victims – probably, due to the stronger wind’s blow we lost the photographic screw that was holding a camera – it’s so good that the equipment was protected with a rope and rescue knots so it was just hanging in the air happily taking some accidental photos. 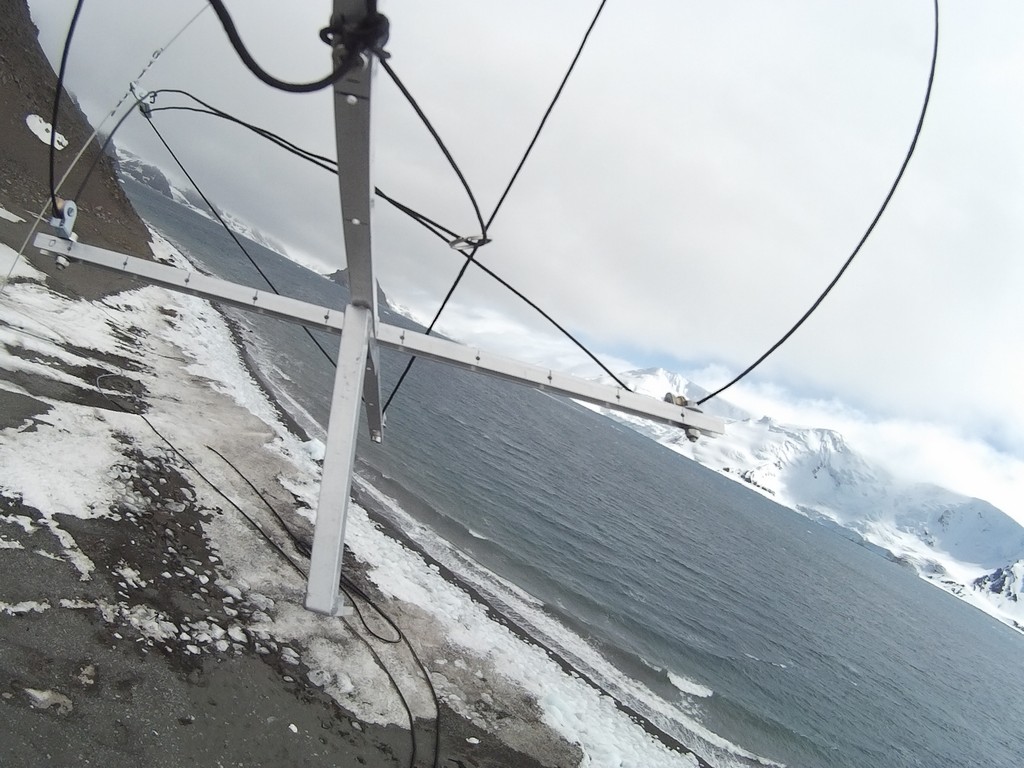