You were asking for a post about Demay’s cottage – and here it is! We’ve been there lately for three days to rest from daily routine and to listen to silence interrupted by the sound of the sea calling the sea lions one another.

In Paradise Cove (it’s name was given by the Polish expedition in 1980) nearby Demay Point, where the house is located, in Summer we were there – I was helping Marta in monitoring, and I also transfered people and equipment by zodiacs. Peter mounted antenna which, for the first time in a history, enabled to radio connection with the station (we had to go to a nearby hill before to call the station up, now we can do it inside the house which is more comfortable way).

Refugium is located within the ASPA 128 (Antarctic Speccialy Protected Area), where there are strict standards of environmental protection, so the stove can burn only wood, and any waste is gotten down to the dock for later disposal. It serves as a base field for researchers who work here during the Summer or the whole year (as the people responsible for monitoring), but nothing actually prevents us from getting there for recreation (every winterer has a right to stay withing ASPA). The object belongs to the station and is maintained and renovated by its employees.

Just above the entrance there hangs a piece of whale’s bone with the engraved “Paradise” inscription and actually you can feel like in paradise – far from civilization, close to the nature and so beautiful view of cove and the Bransfield Strait further. In the Summer at a small beach just beneath the cottage there are herds of sea lions and elephant seals lying down but also you can see individuals in Winter time – we were greeted by a sea lion and Weddell seal completely covered with snow but actually it wasn’t a big deal for them.

Inside the cottage there are two bunk beds, table with chairs, a small kitchenette with sink and gas stove. Except the main room, there is not very big bathroom with a shower – hot water comes from a water tank which is located in the attic, it’s heated with a stove. The tank is filled with snow in Winter and it’s filled with water from a nearby stream in Summer. You can cook on the stove successfully, the toilet is outside usually with an automatic flush. For some security reasons, the cabin is provided with carbon monoxide and smoke sensor. From the small veranda you can get to two storeroms which are located on both sides of the cottage.

Although since several days there are frosts about – 10 Celsius degrees remaining and it’s snowing but the conditions on Ecology Glacier are not enough adequate to walk safely on it (yet), so taking the advantage of almost windless weather we sailed by zodiac in one way. We returned more combined way – we were snowshoeing under the Baranowski Glacier and then by the sea.

We did some ecological monitoring withing the Paradise Cove – Pan area for Marta by the way. 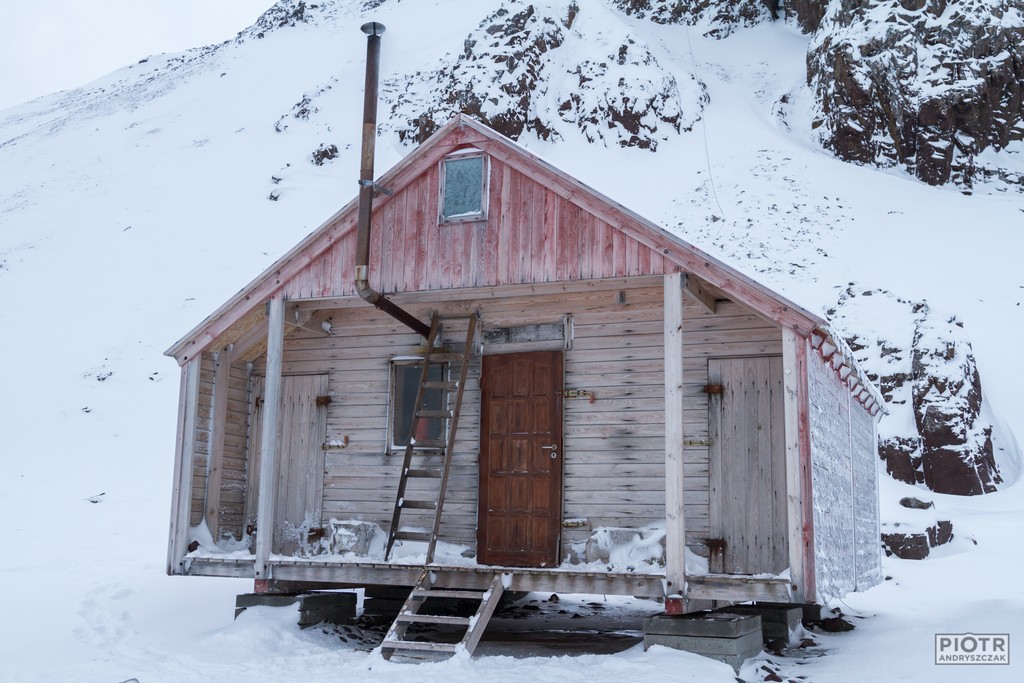 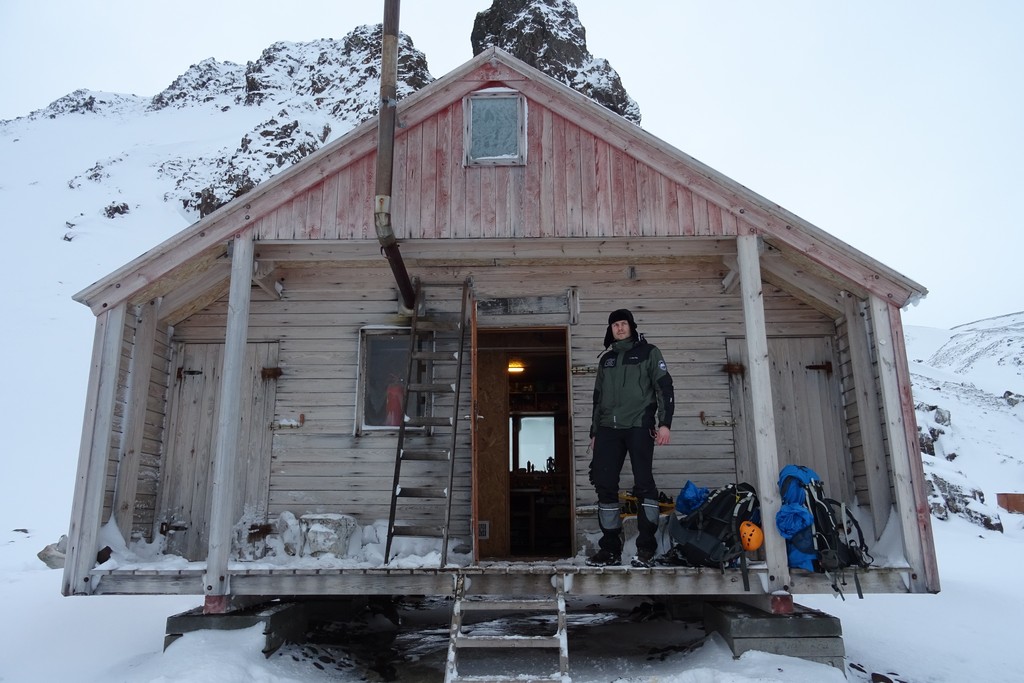 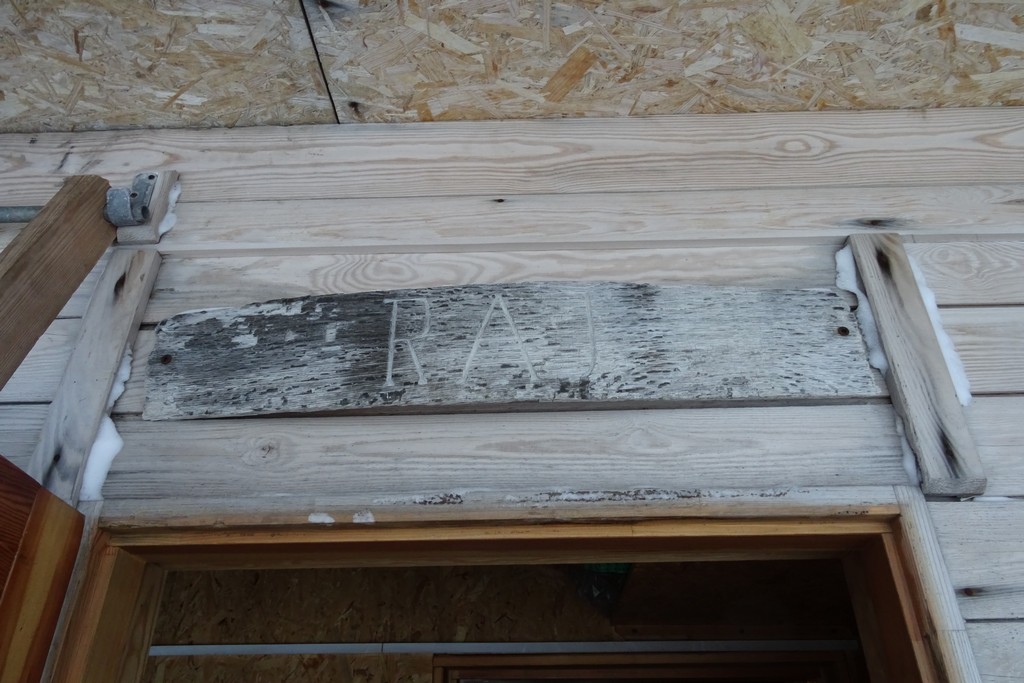 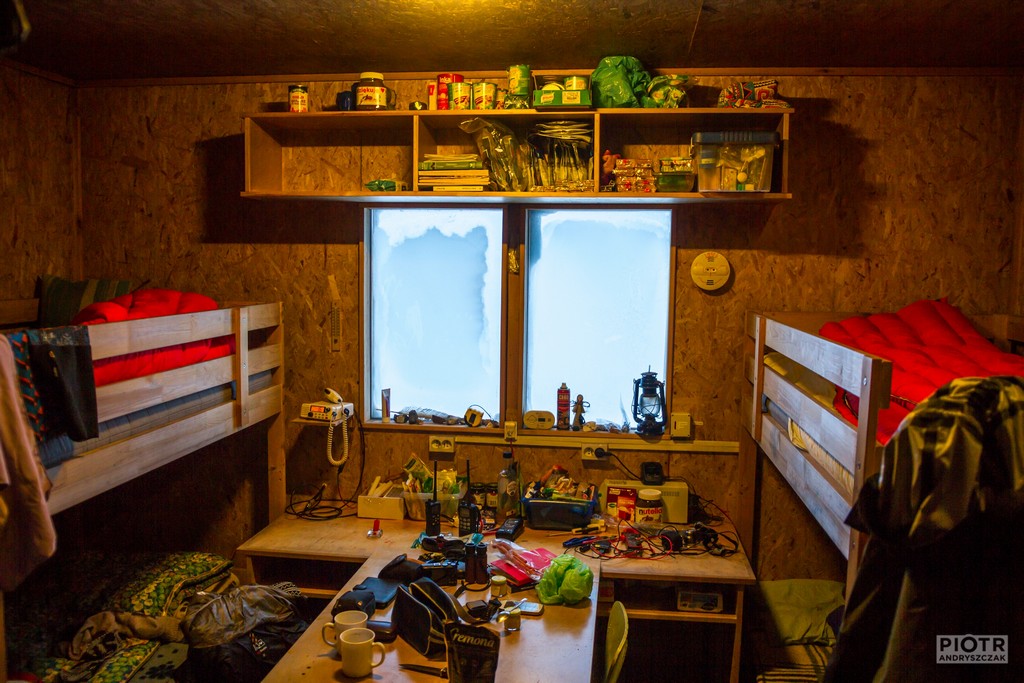 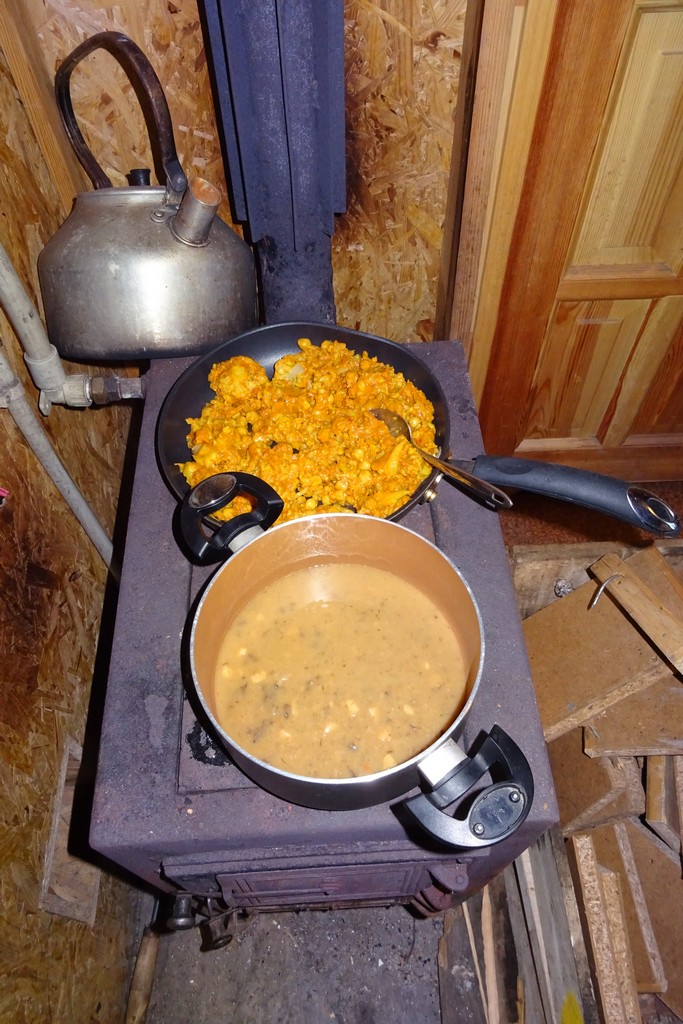 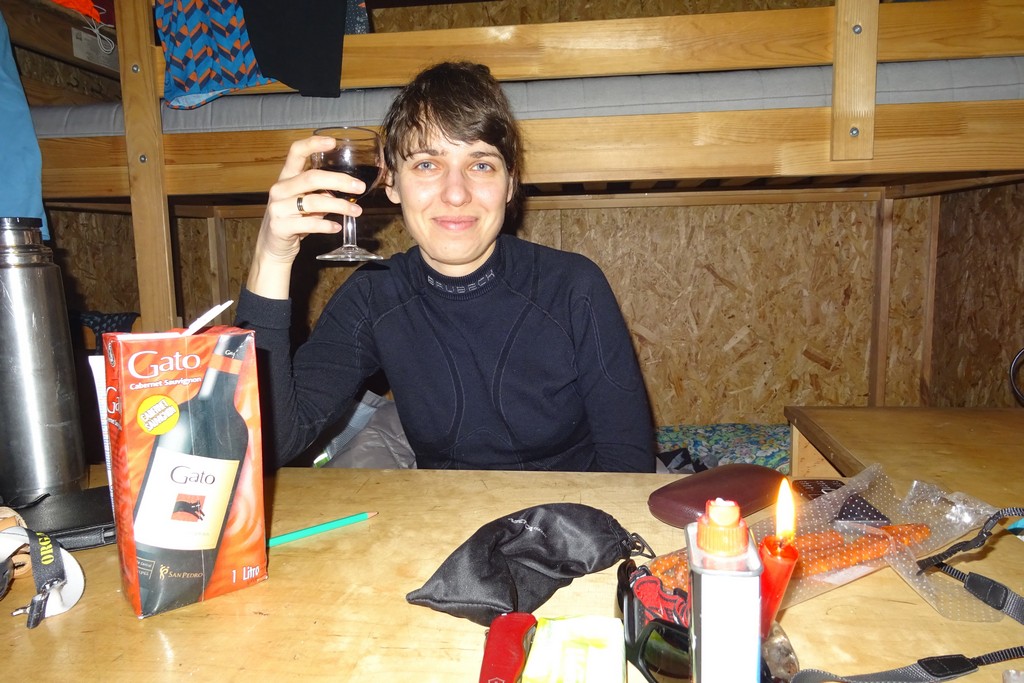 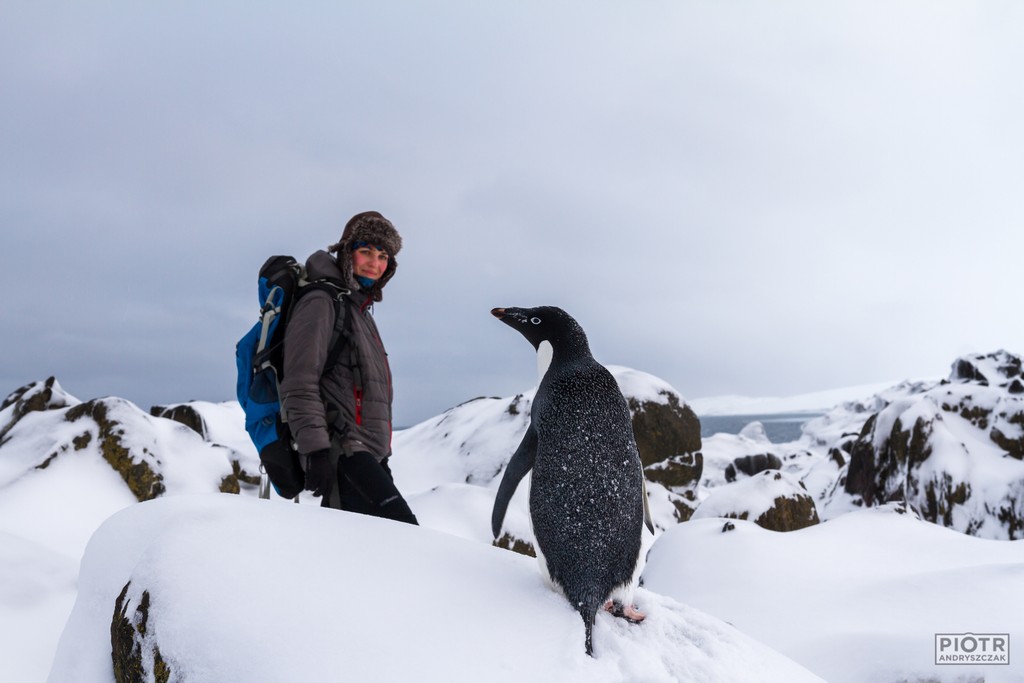 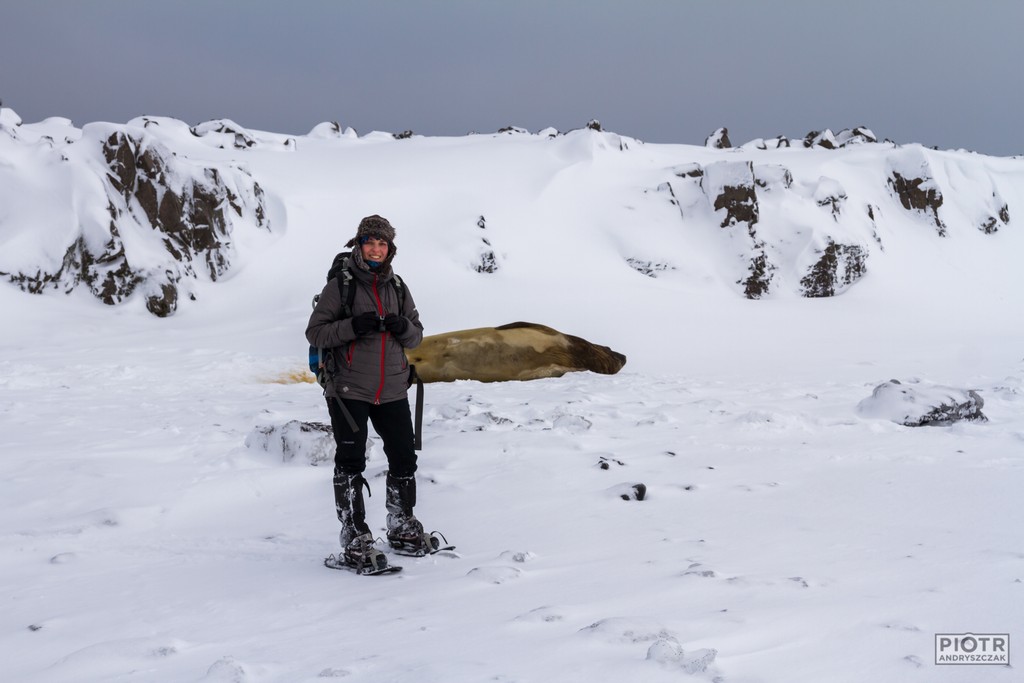 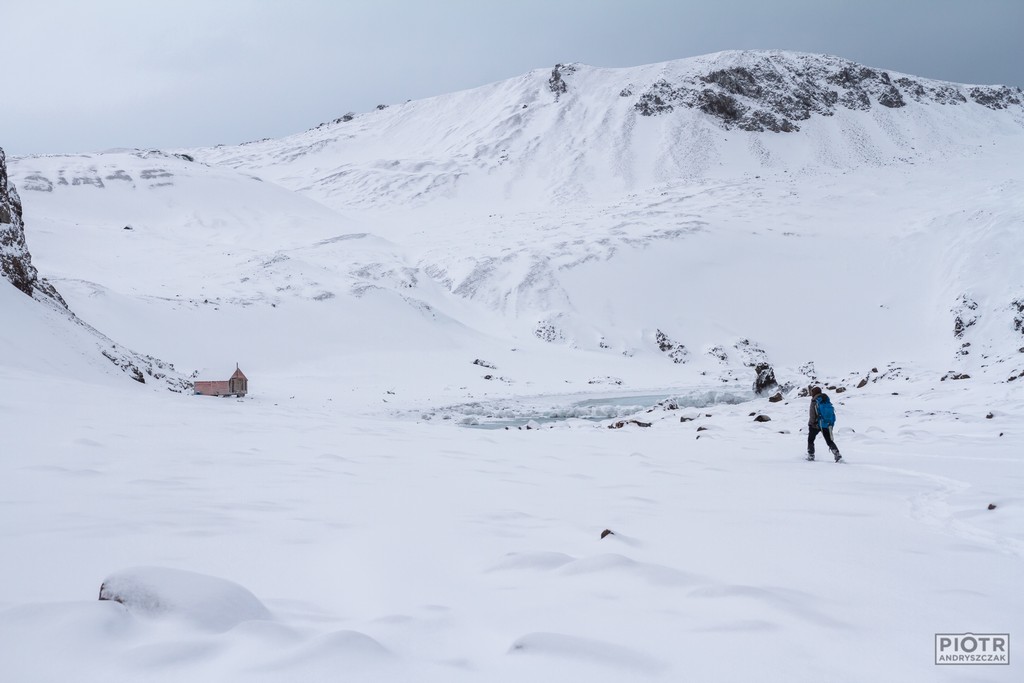 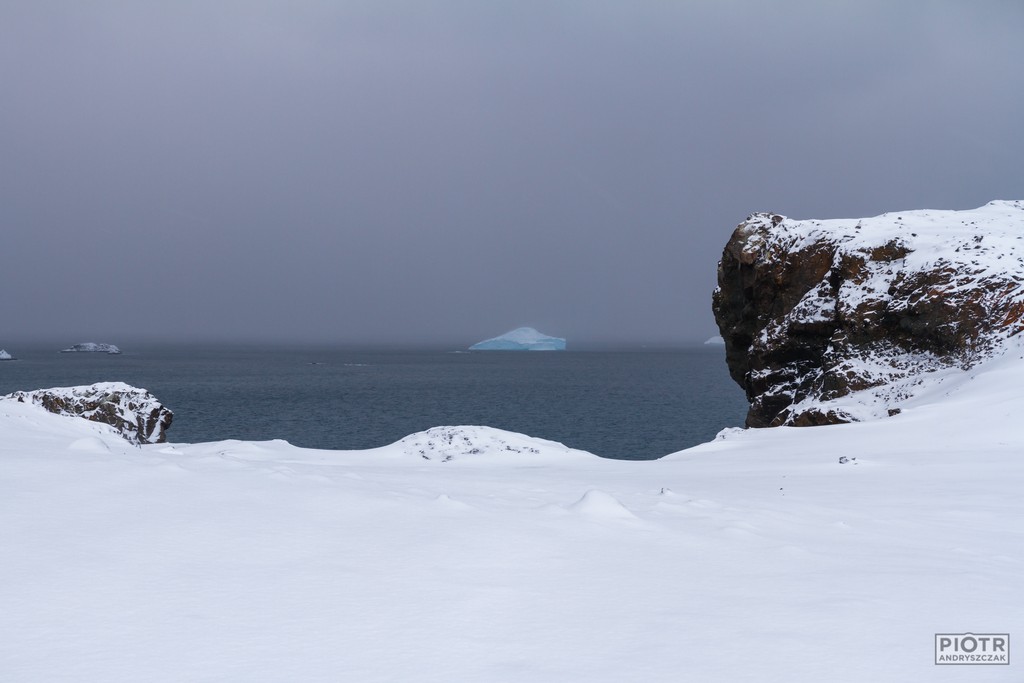 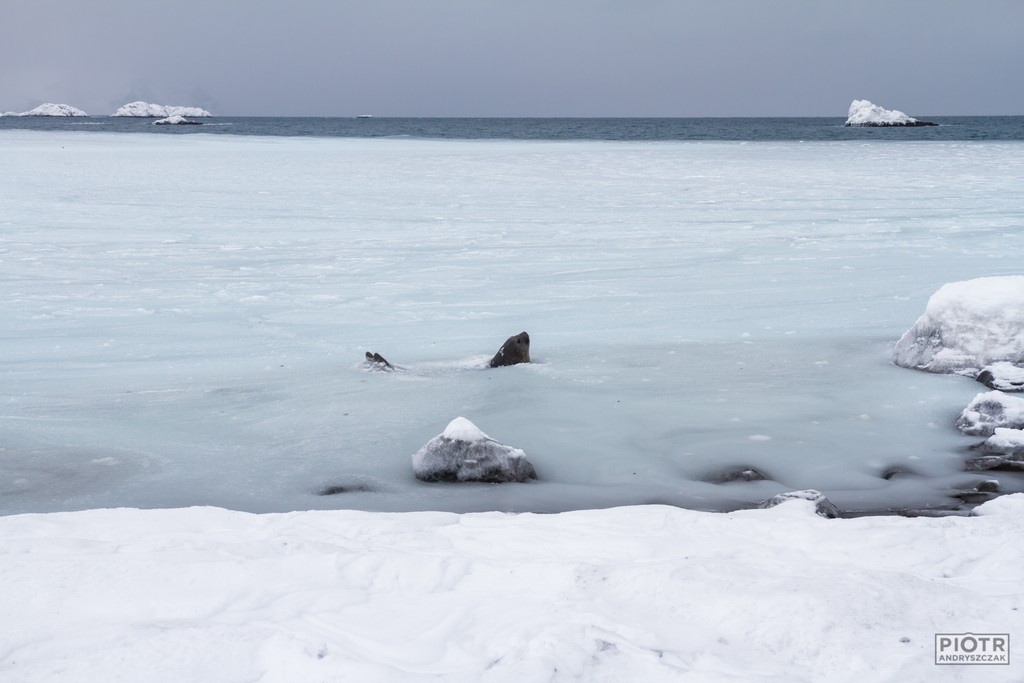 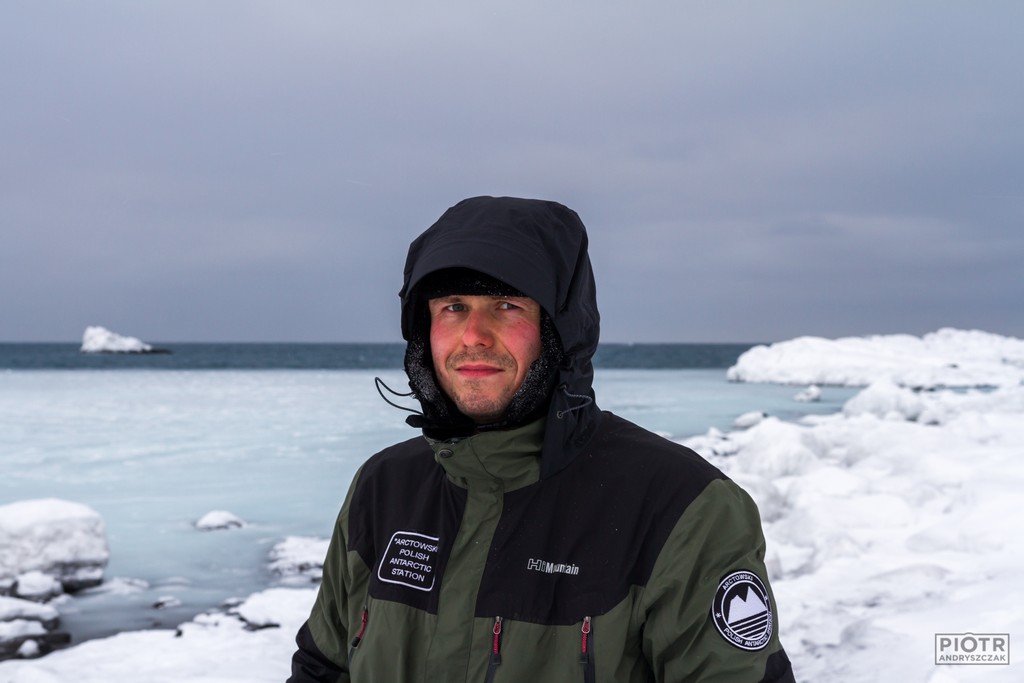 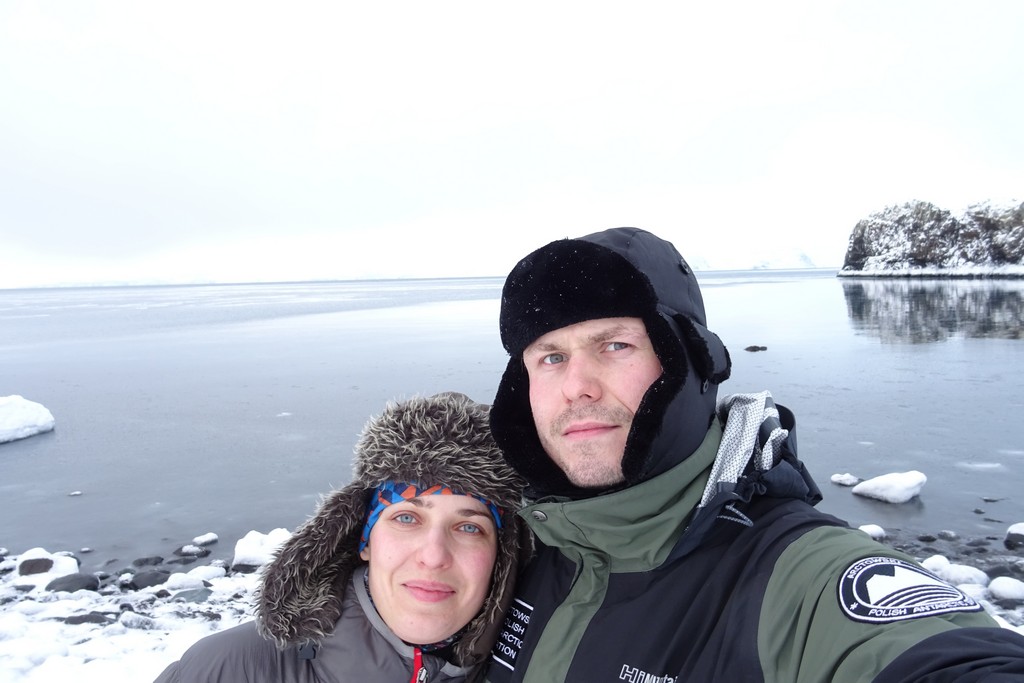 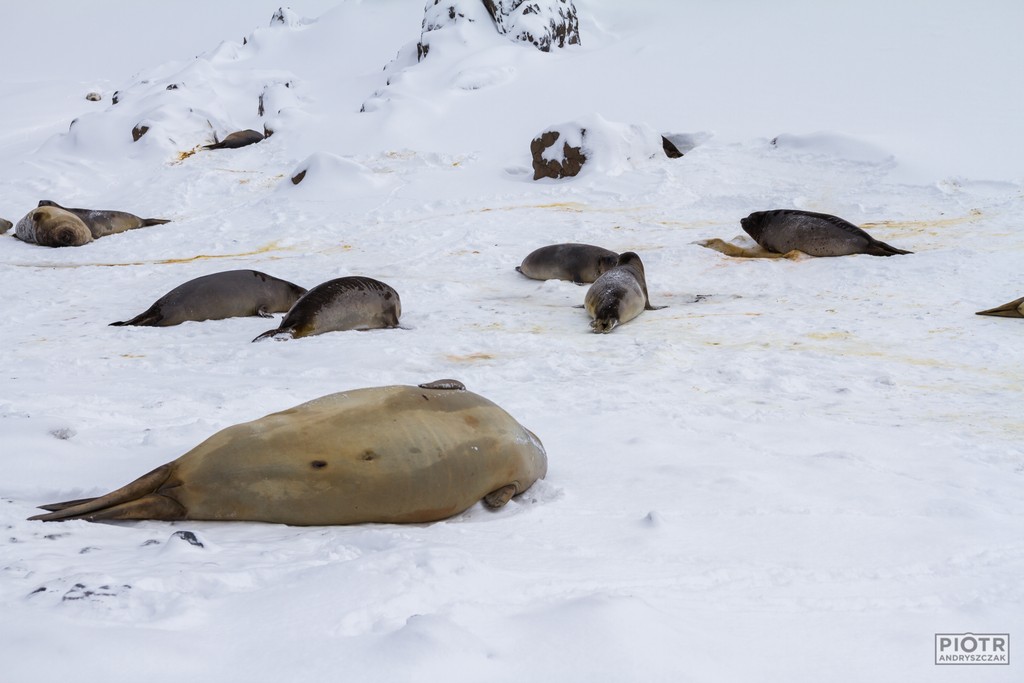 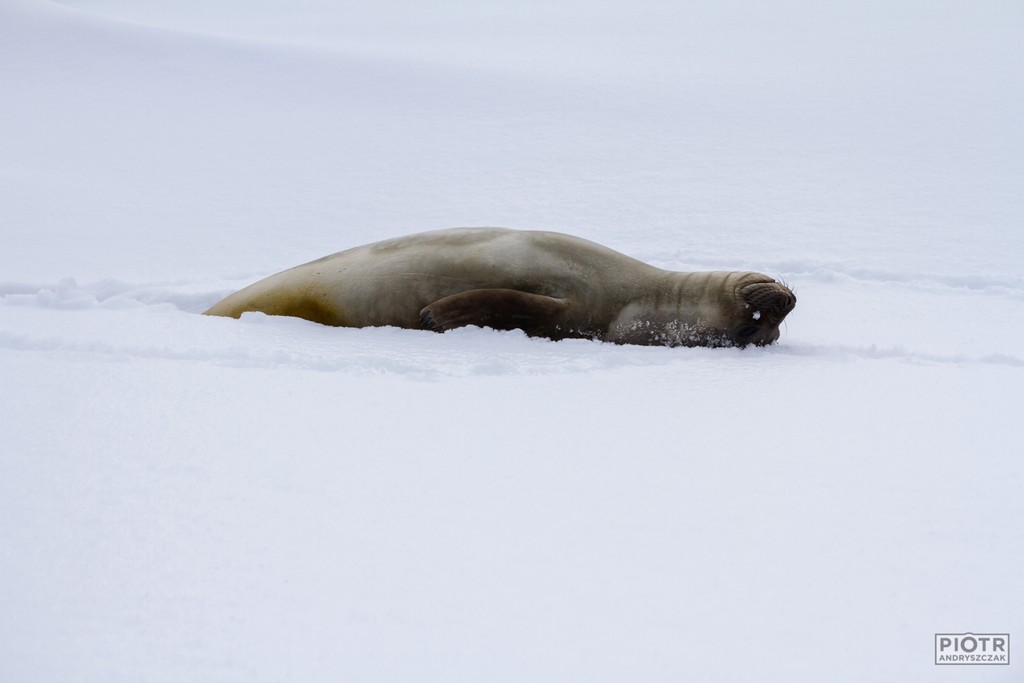 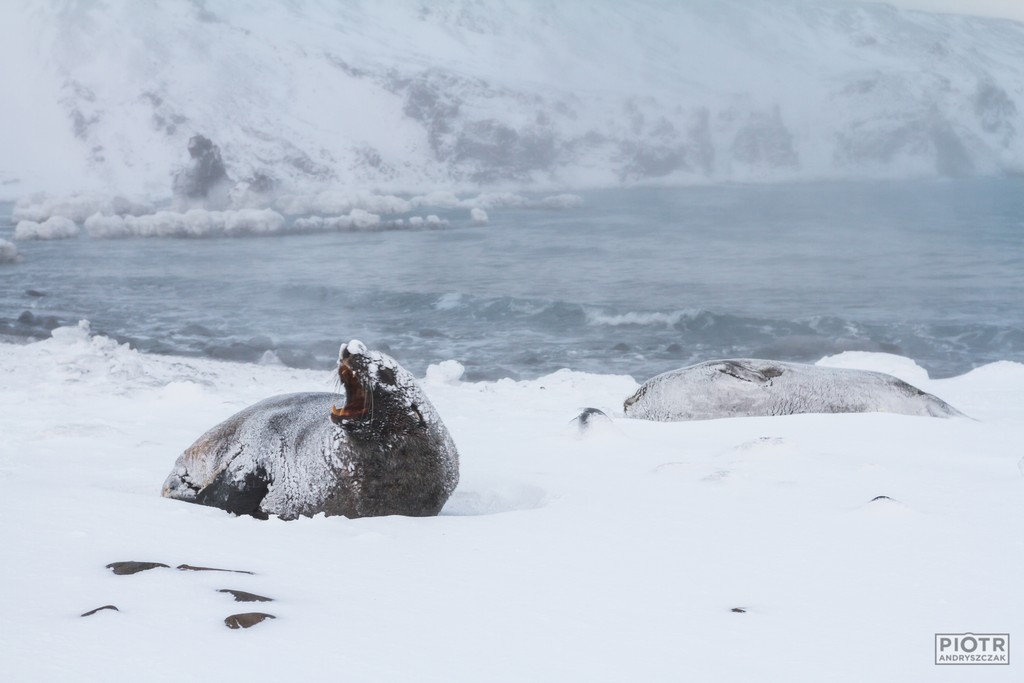 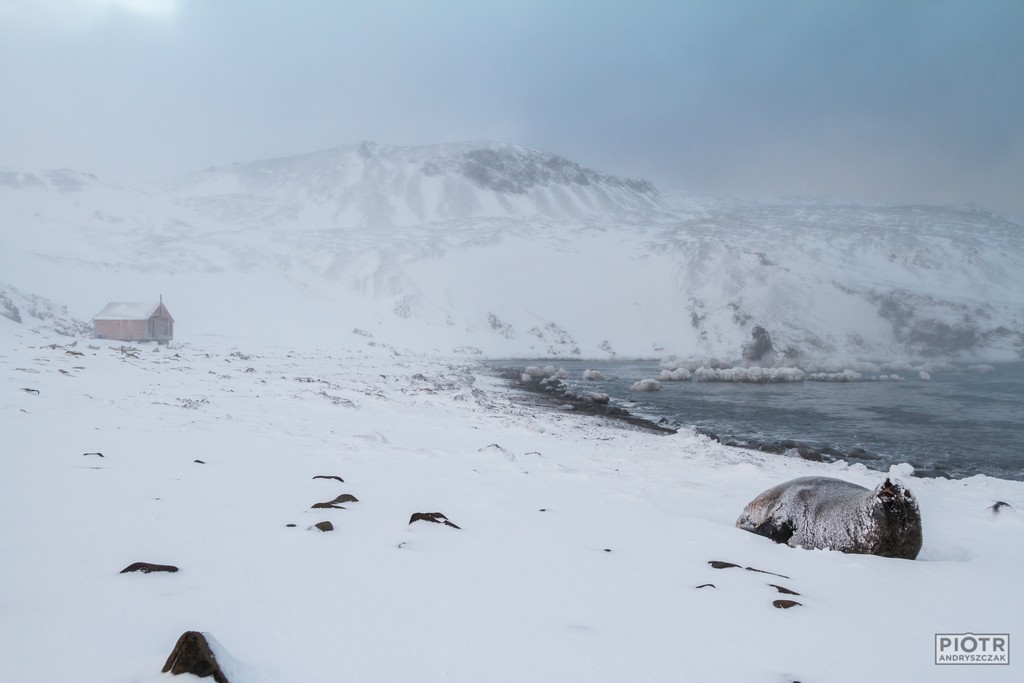 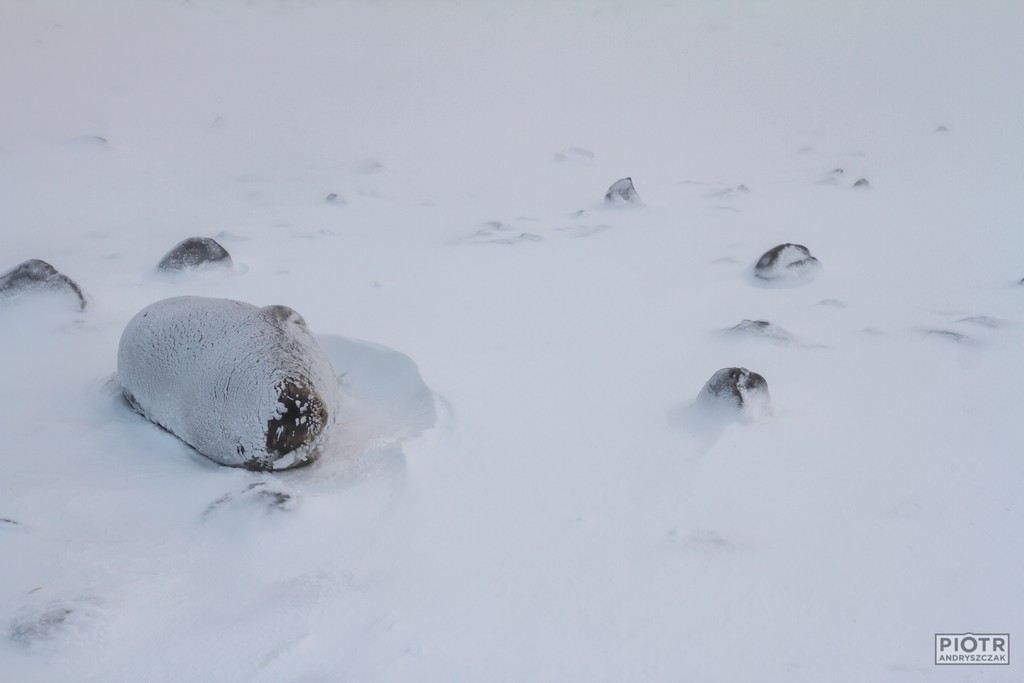