When in 2014 we were at the Arctowski Station Festival in Warsaw, with the insecure idea in our minds that it would be great to go through something like that in Antarctica, we didn’t expect that our dream will be fulfilled so quickly. Yesterday, 26 th February, we celebrated a very important event – the 40th anniversary of Station. And it is precisely here, in the Antarctic, in the very center of events.

Almost from the beginning of the stay here, this important event was in our schedule. So, it’s no wonder that we all had it in our head how we organize it. Traditionally, we had planned schedule of work, what and who will clean and cook together to prepare for this event.

Sylwek prepared decoration in the hall, so everyone was delighted about that. He prepared the table and the book on it commemorating for everyone to sit there and put the stamp in it and feel that those 40 years is not just the history of building but it’s about the people which make the history of it and the atmosphere. 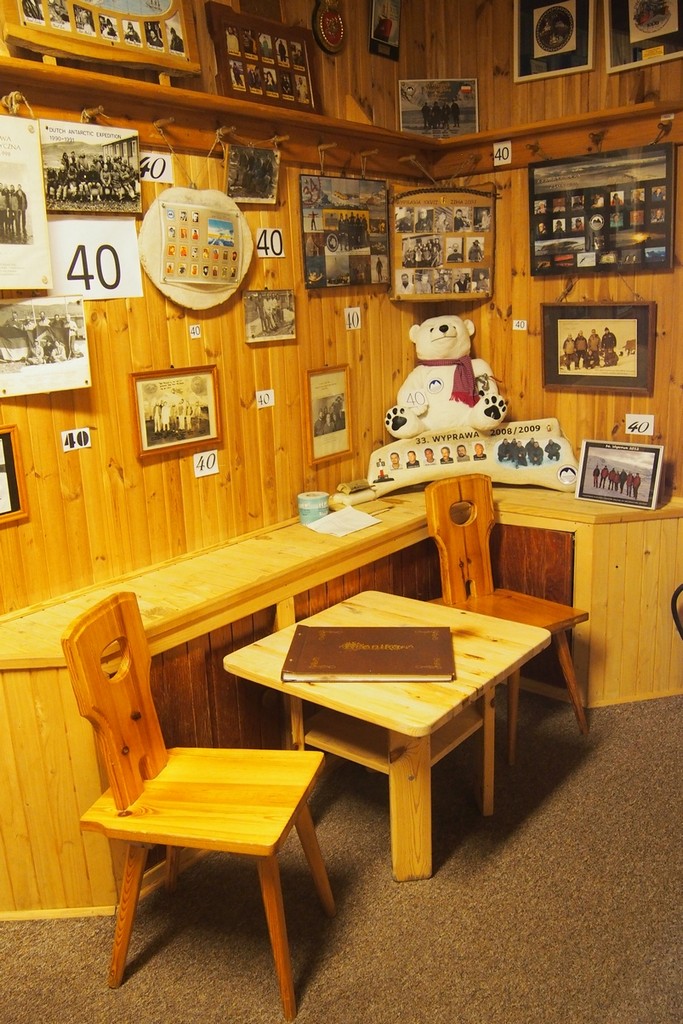 We didn’t know how many guests we can expect, here in the Antarctic the weather makes the rules so we just have to adjust to it. But from yesterday’s morning there came so many e-mails and calling out the Arctowski Station from the other stations around. Ultimately, 4 Russian from Bellingshausen Station visited us, 12 Chinese from Great Wall Station, 8 Koreans from King Sejong Station and our favourite from Commandante Ferraz Station. All those Stations are located at King George Island. 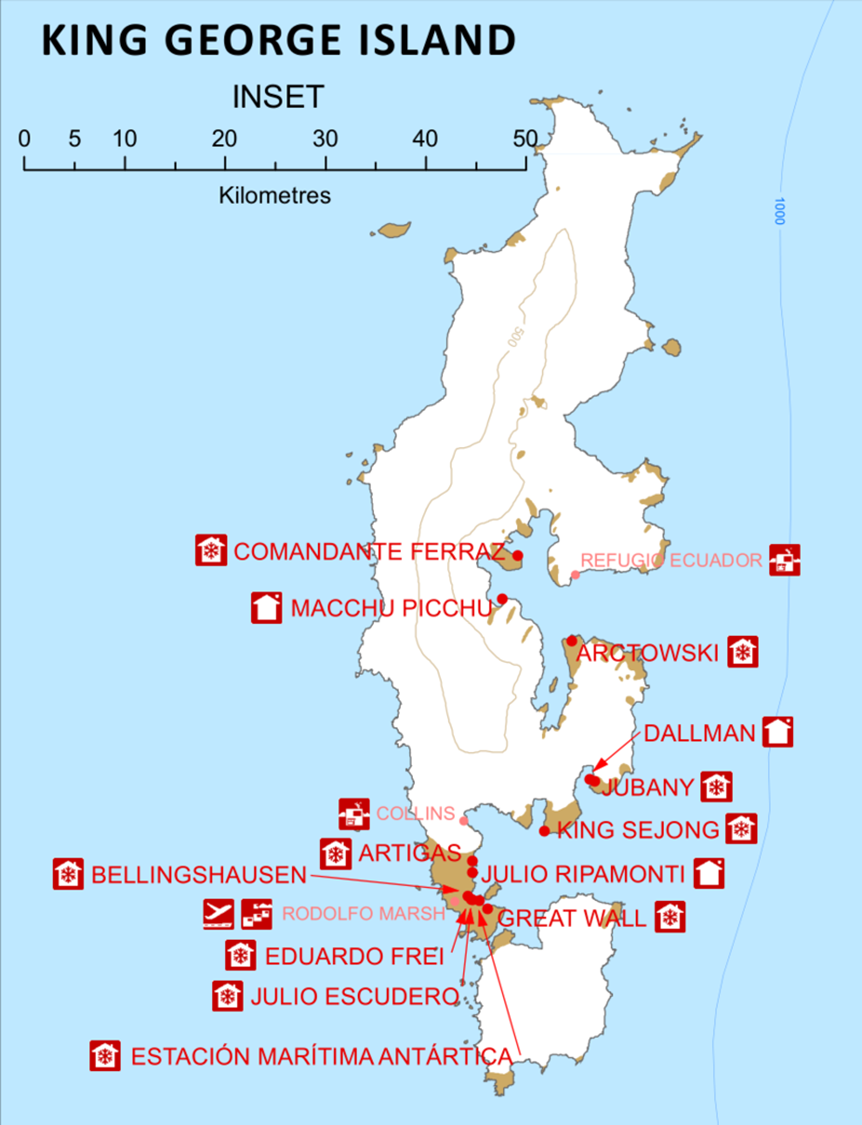 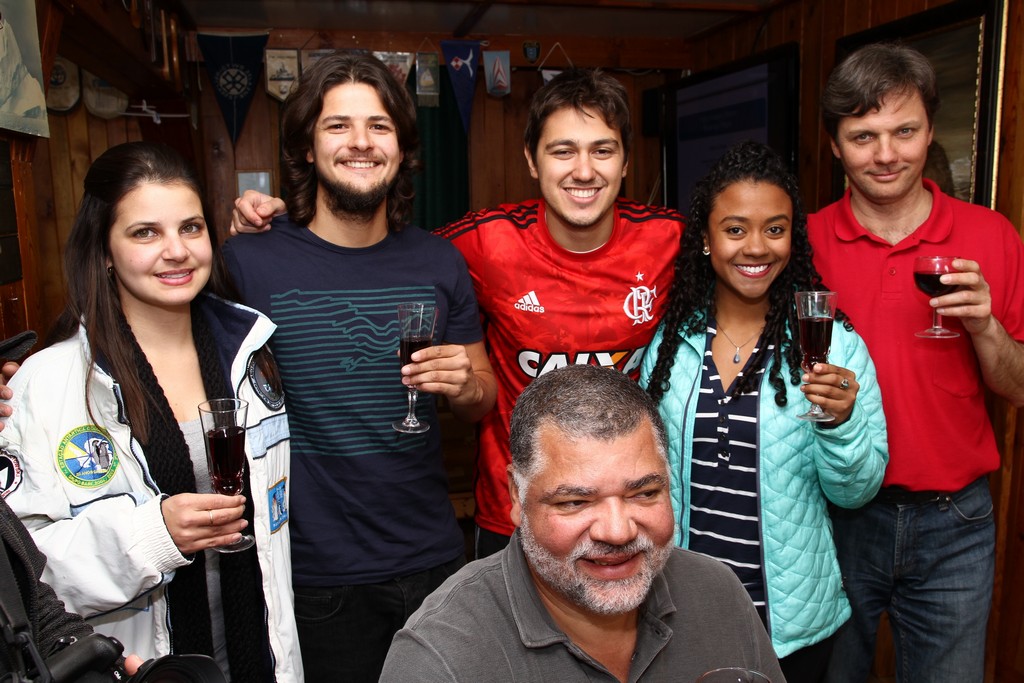 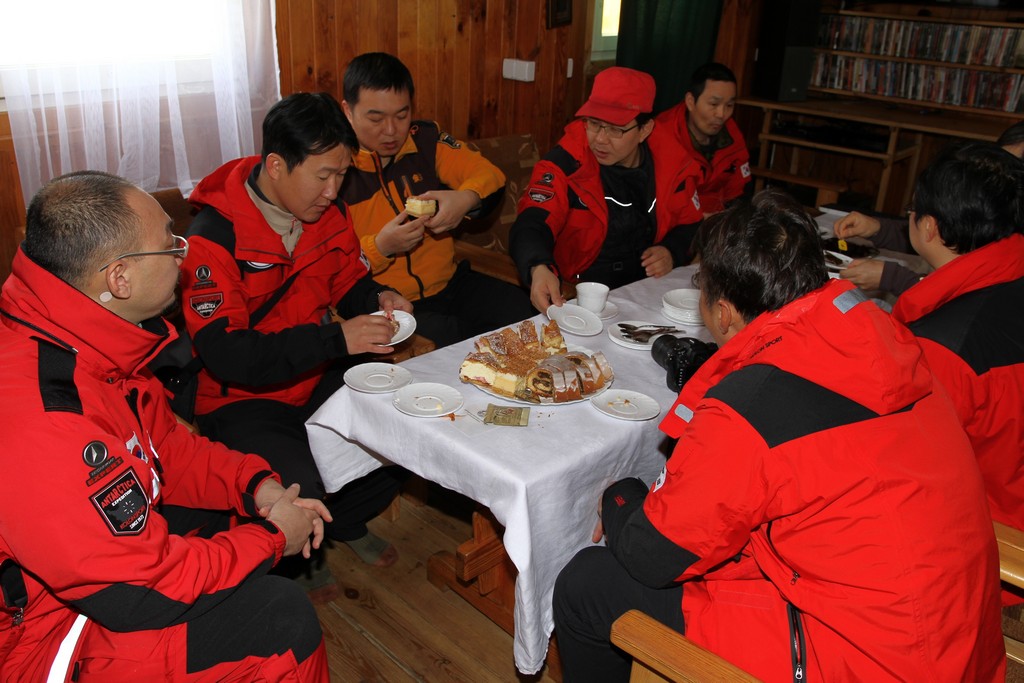 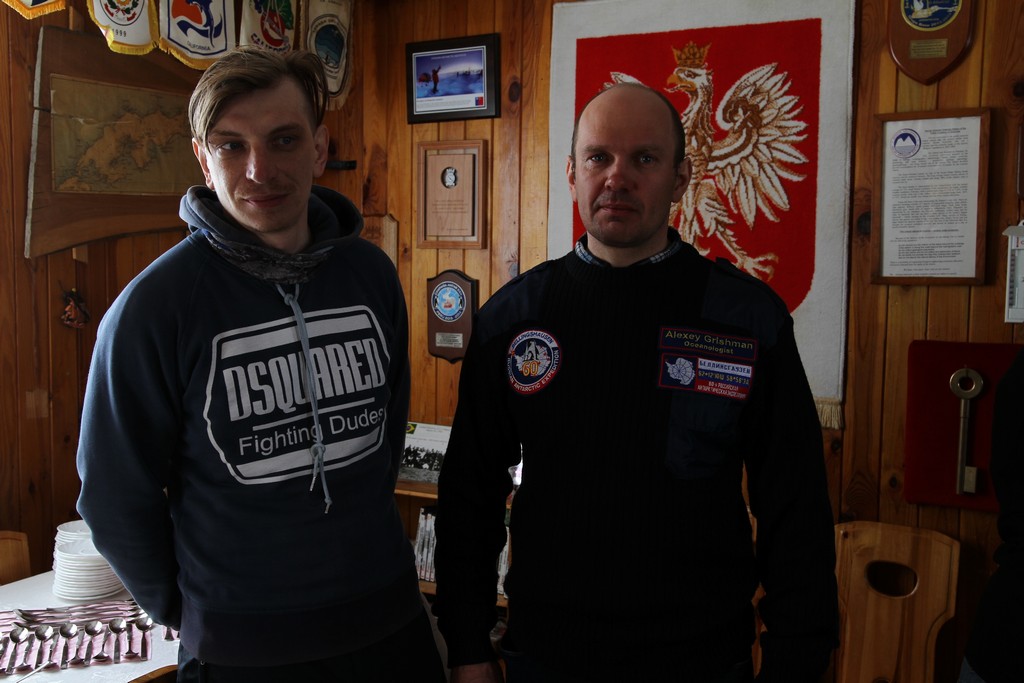 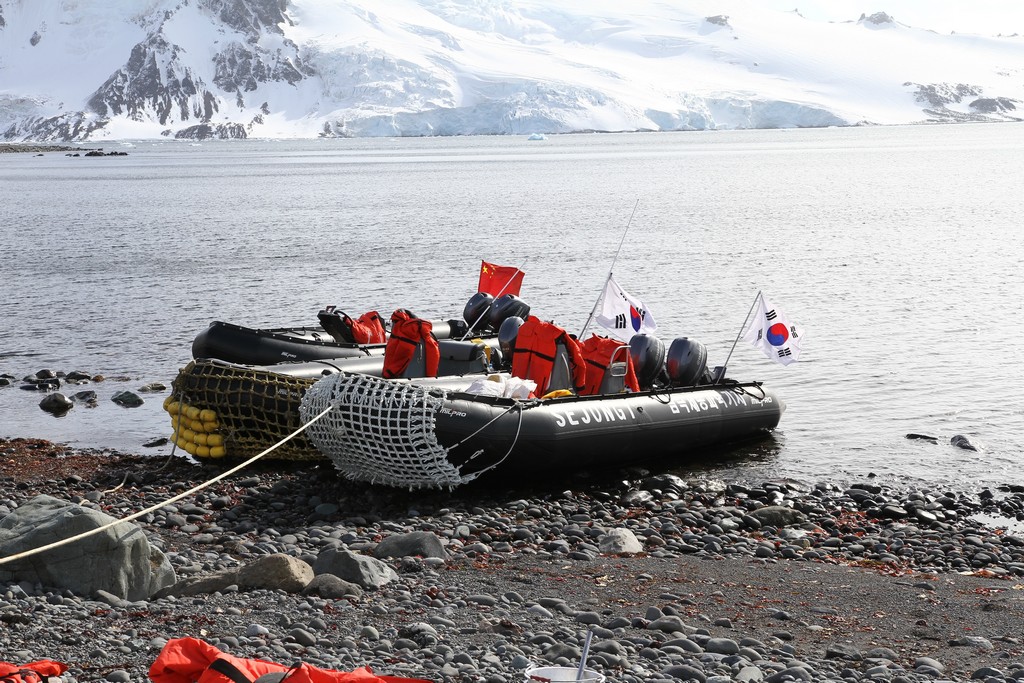 After coffee, snacks and stamping the passports by various stamps, taking a lot of pictures, there came time for an official start of the event which took place at 1 p.m There was a short presentation of the Station history, research conducted here and some plans for expanding the facilities and new building project. 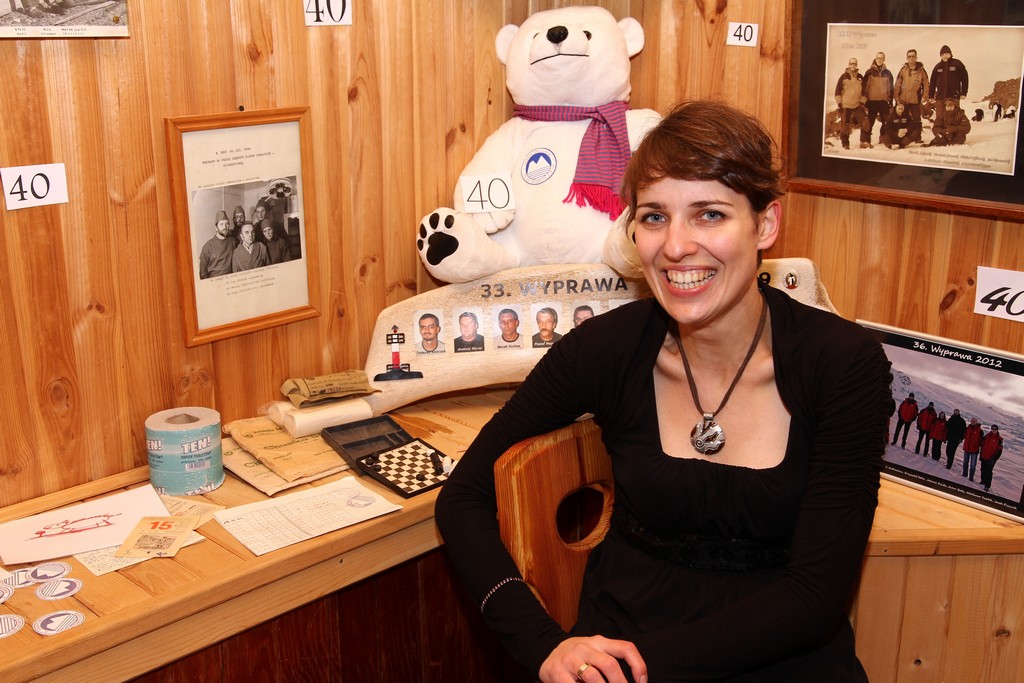 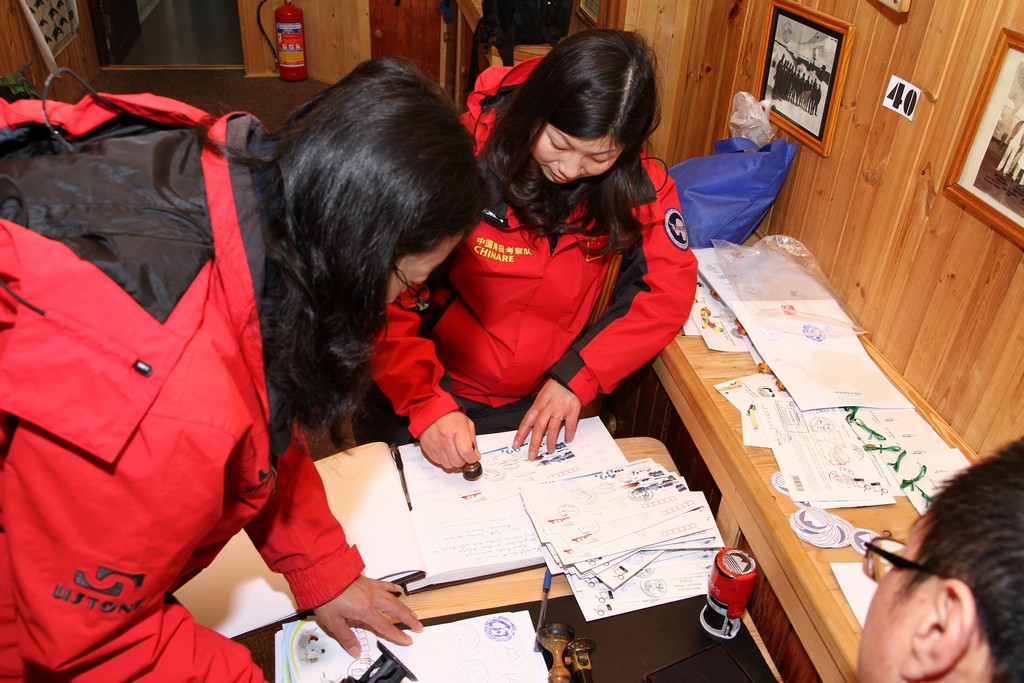 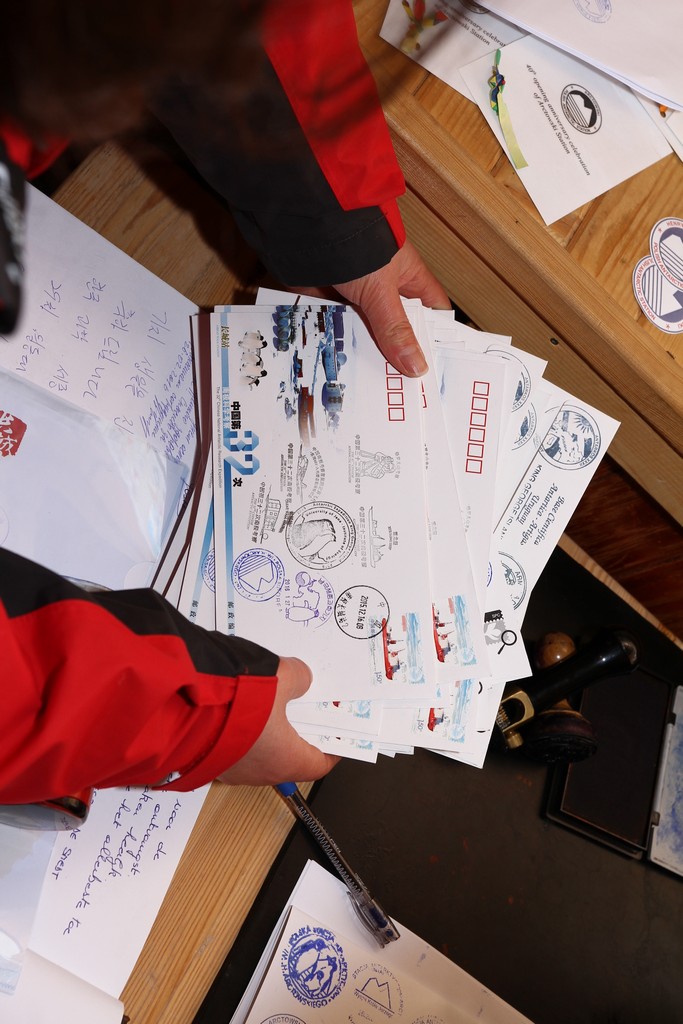 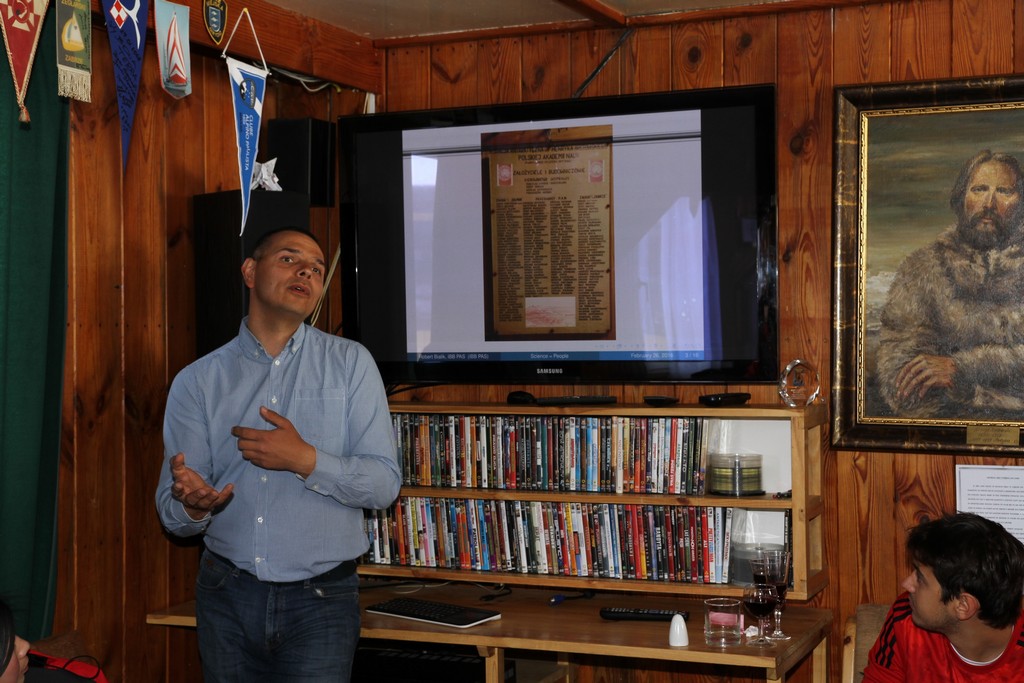 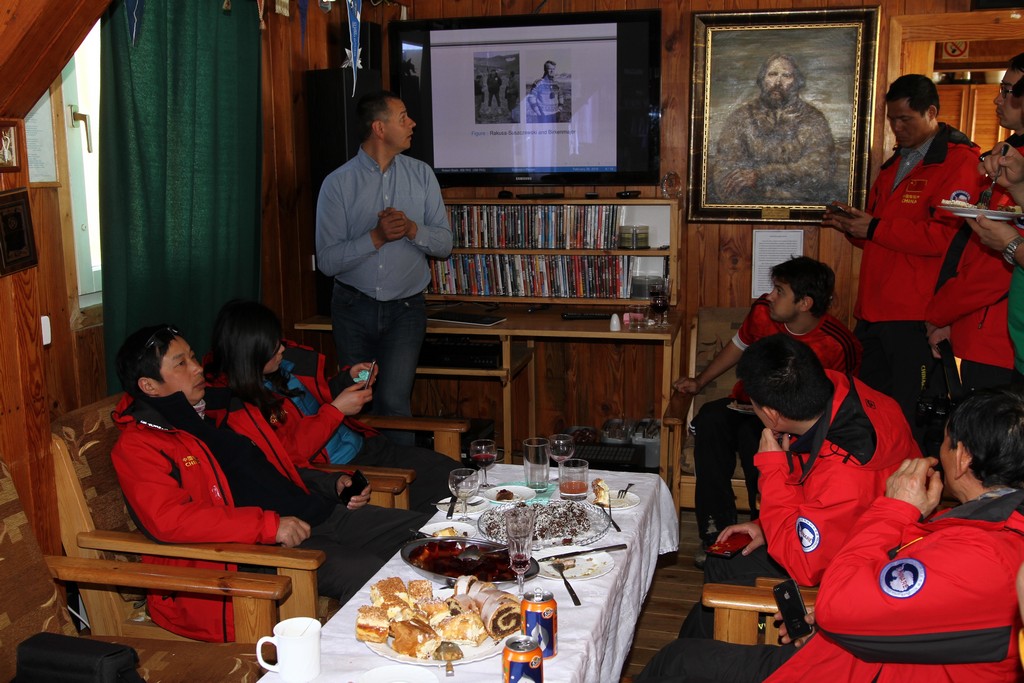 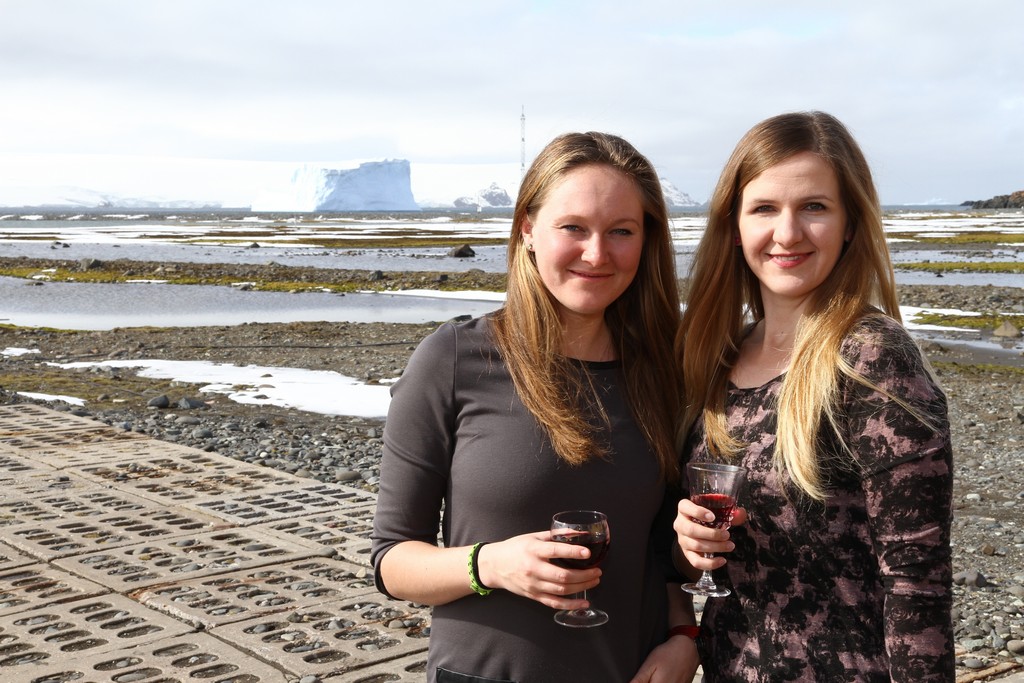 Of course, there were some tasty snacks (we didn’t leave the kitchen for about two days) and the culmination was a very delicious “Plane” shaped cake made by Asia (by the way, they wanted to kidnap Asia to another station, few people have such a cook): 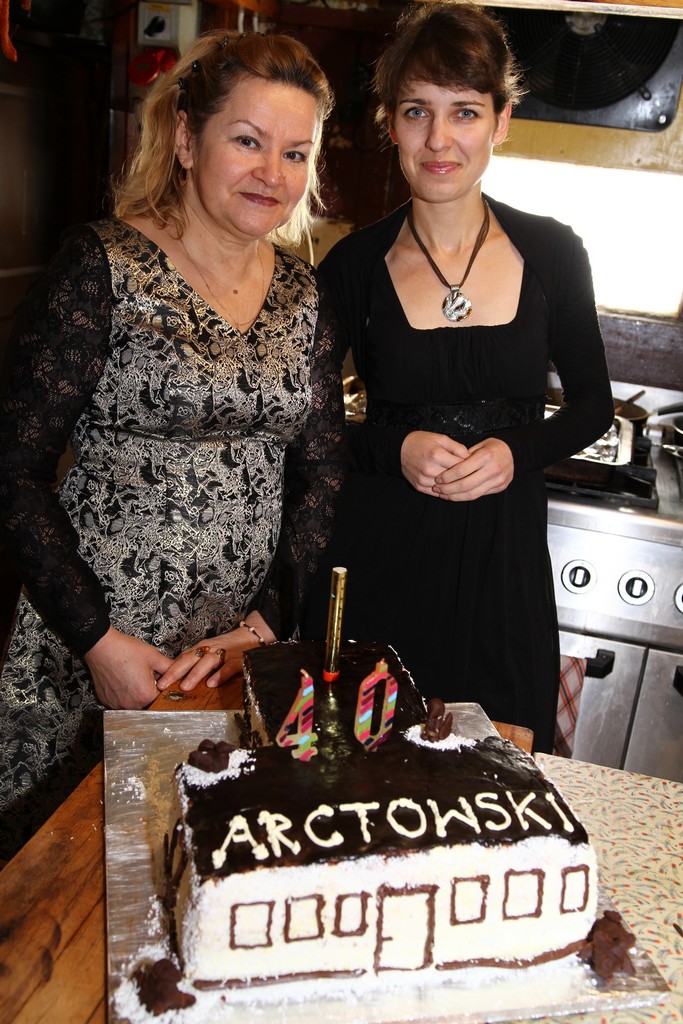 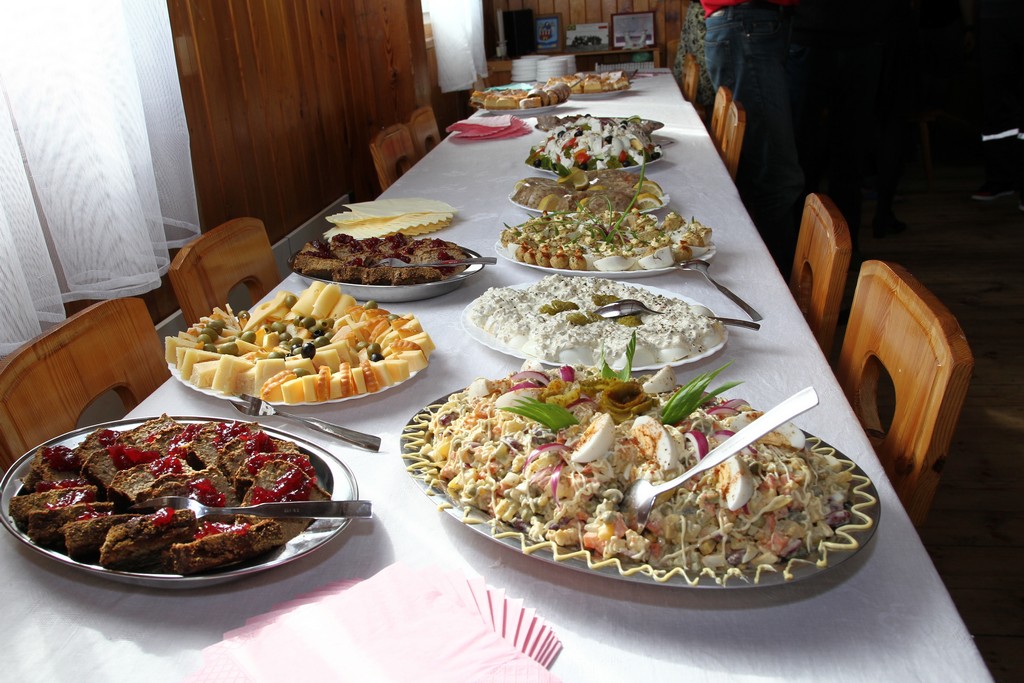 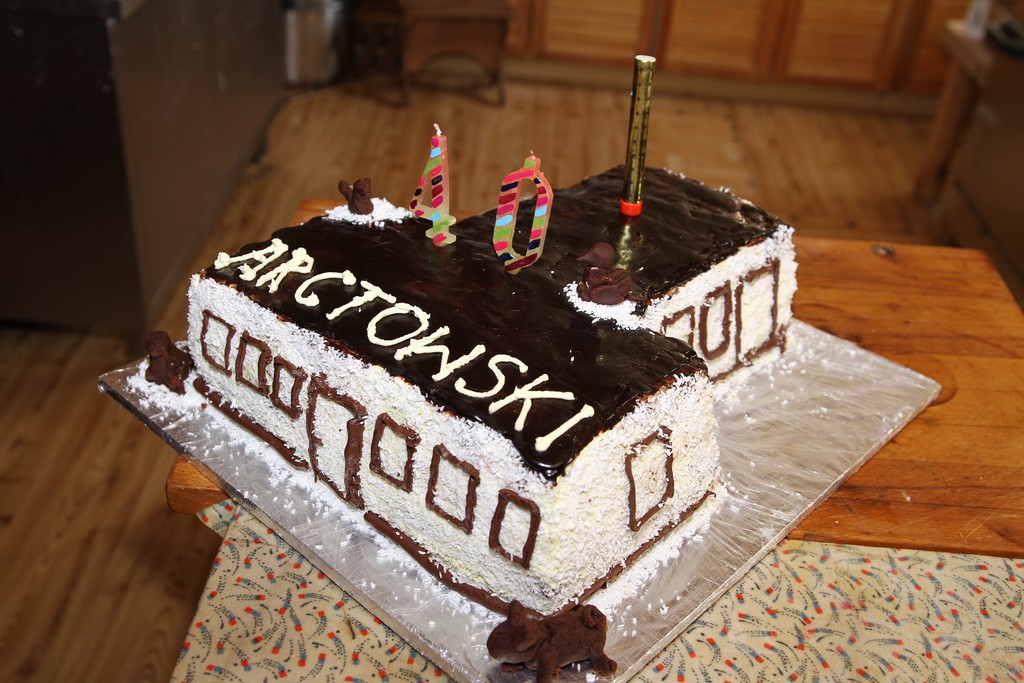 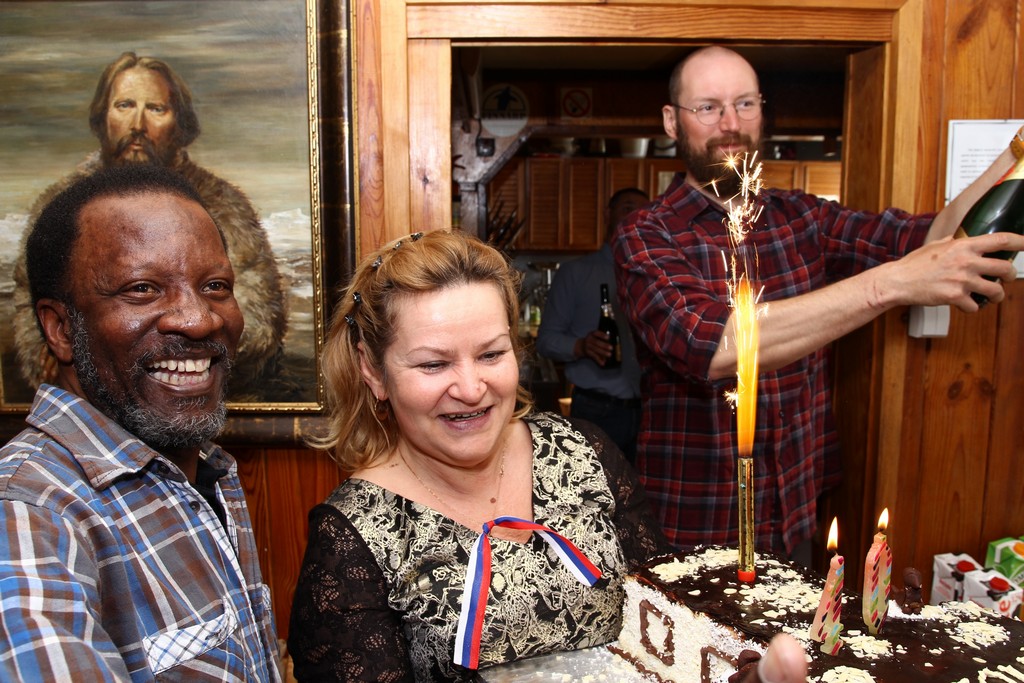 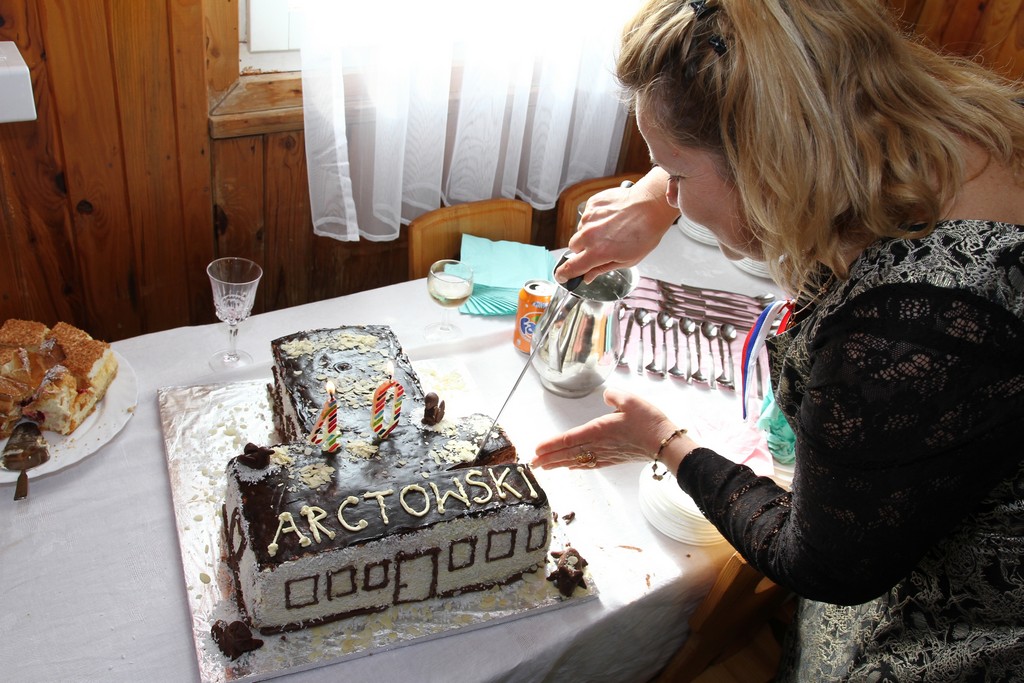 According to the Event, Jerzy Sacewicz (the member of the 7th Polar expedition) greeted us. He also sent two pictures about feasting in 1983 (we were corresponding while our stay in Hornsund and we published some archival photographs of his authorship): 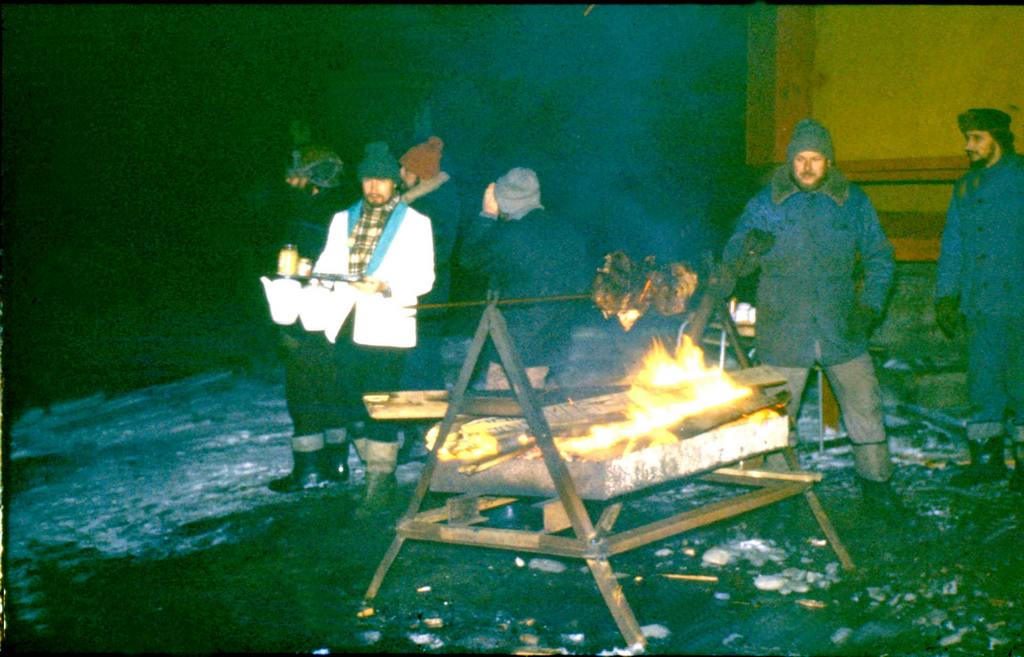 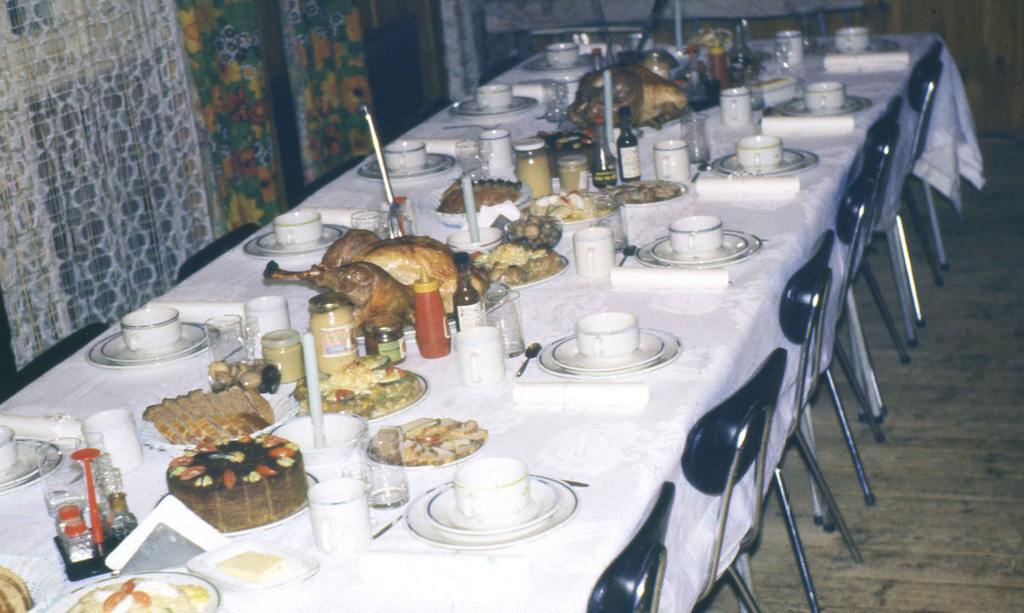 After tasty snacks and pleasantly spent time with Russian, Korean and Chinese there came time to come back home. They had about 1,5 hour drive by zodiacks so they preferred to use nice weather in spite of any problems. It wasn’t so easy because there came outflow and their modern, giant inflatables stuck in the rocky coast. So, as a result, we had a training but also successful action, wet shoes and a lot of pictures, as well: 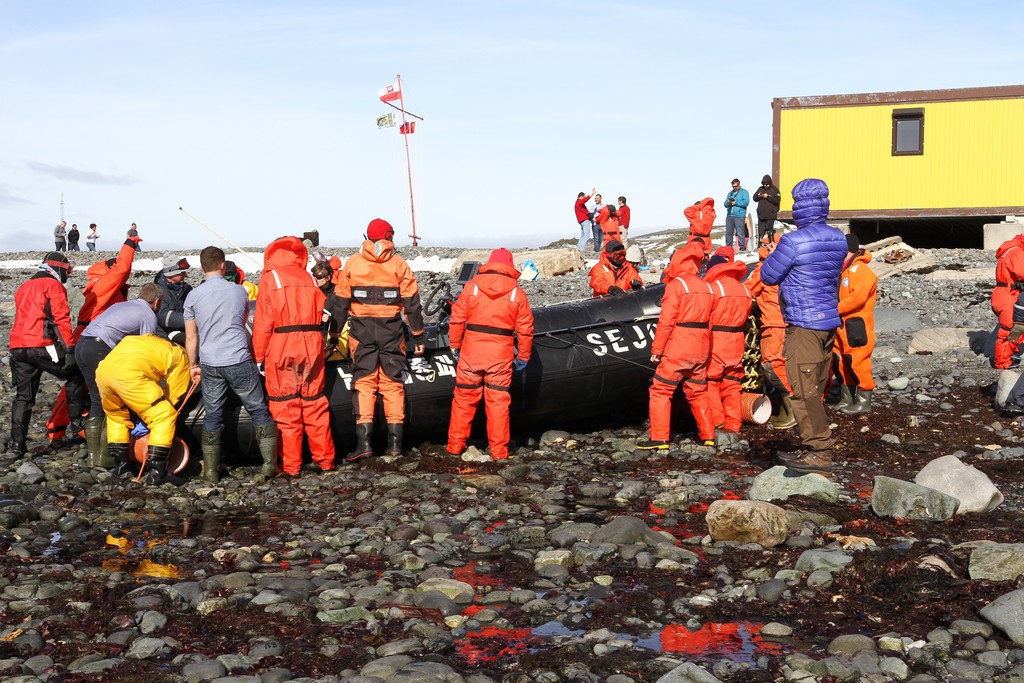 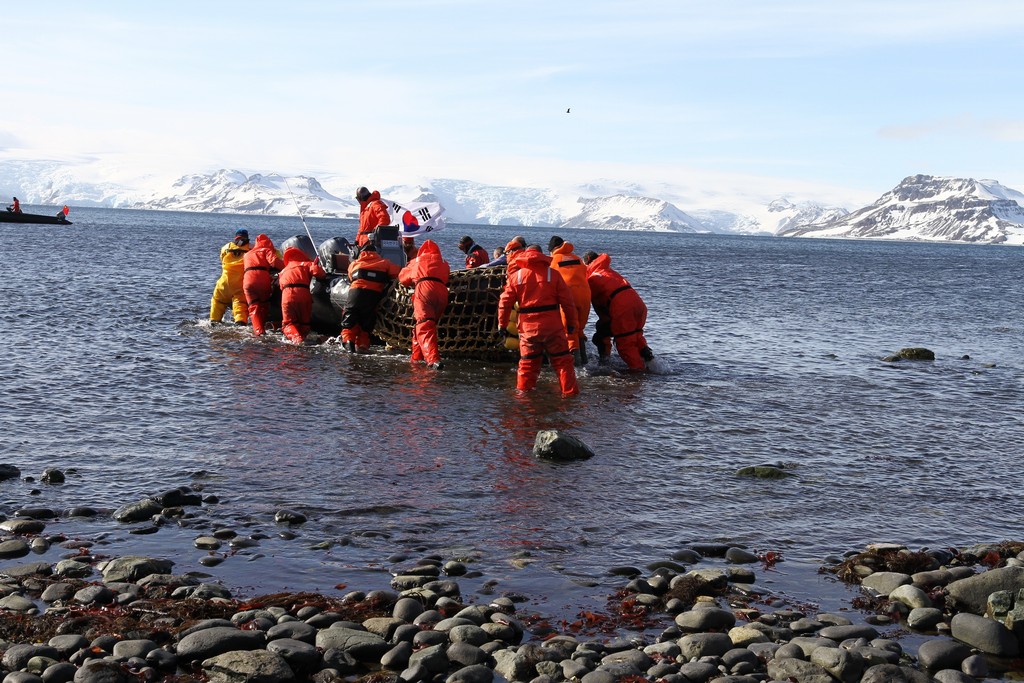 The guests from The Ferraz Station entertained a bit longer but they also had to come back so in the evening we celebrated ourselves. Our colleagues from Lions Rump didn’t forget about us, they sent us some greetings: 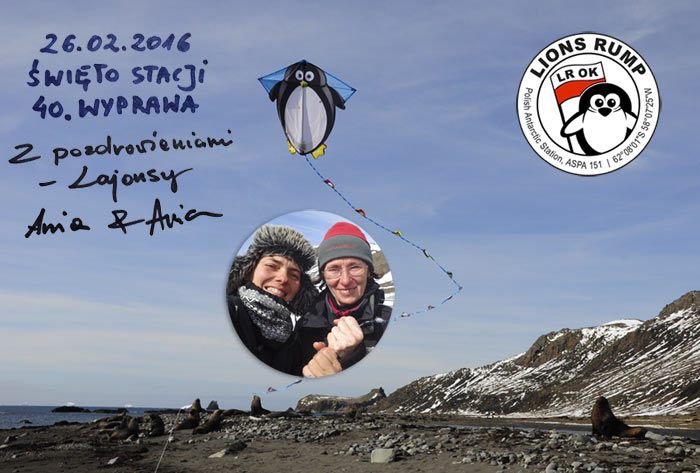 It was an amazing day for us, which will remain for a long time in our memory. 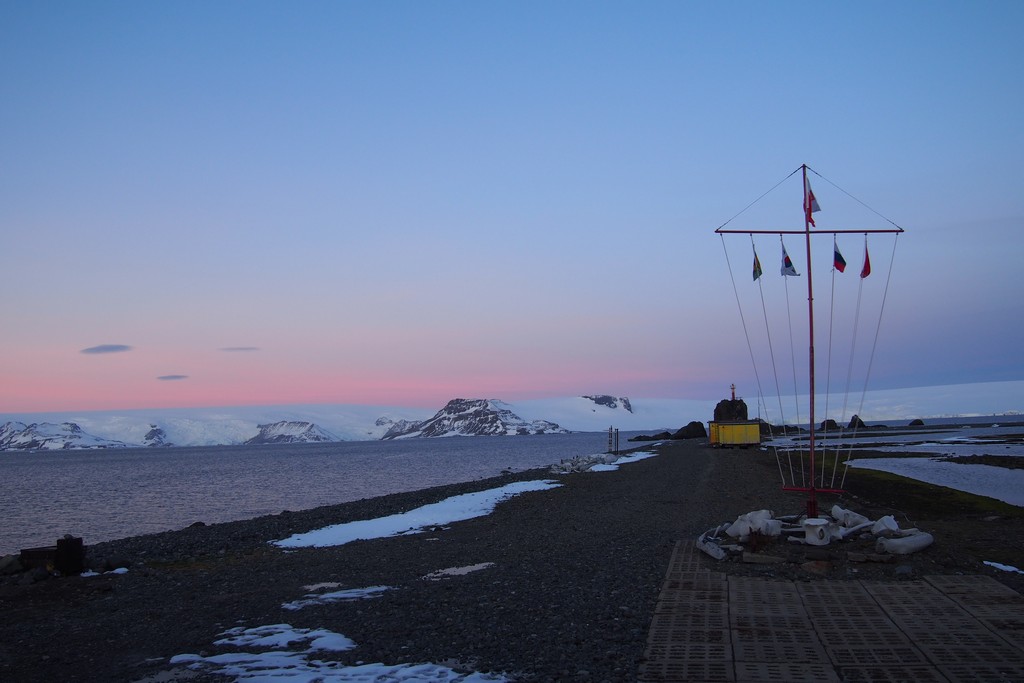