In the places like, for example, the Polar station, where every day is the same (and you don’t even have to go out for work because everything is under one roof), it’s sometimes good to take care of nice atmosphere and give someone a present, cook something tasty or just remember about holidays and occasions, which you can celebrate.

So, in the interest of such a mental and spiritual hygiene, we celebrated the Day of Antarctica on the 1st December. It’s a kind of remembarance of signing Antarctic Treaty System in 1959 in Washington – that’s a document, which regulates using the natural resources of Antarctica.

For that occasion, in addition to the daily meat and cheese there was some variety: 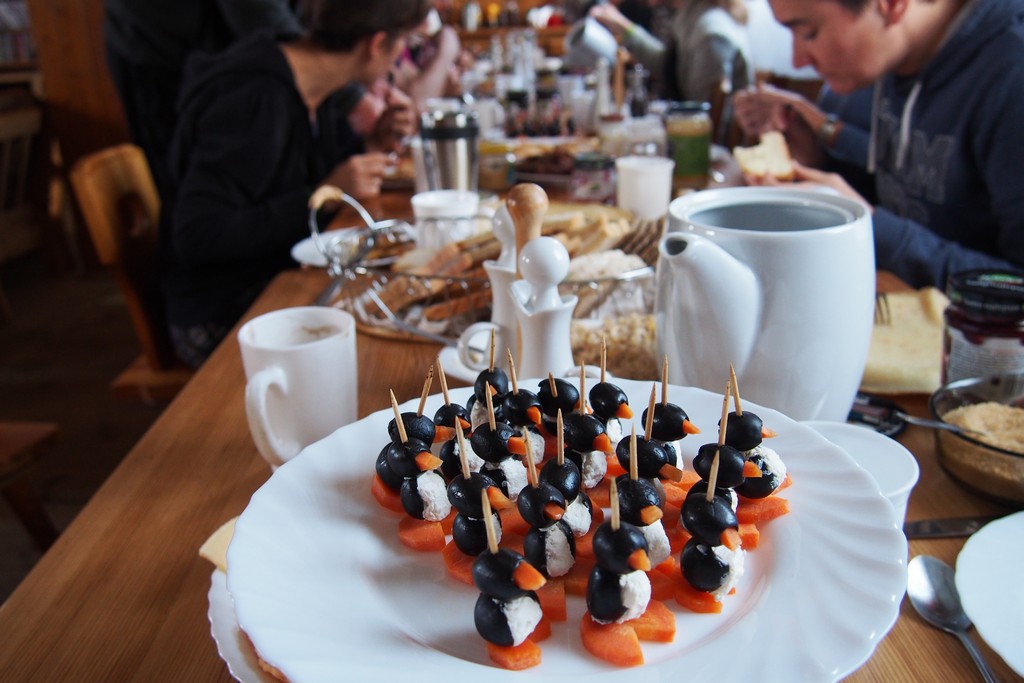 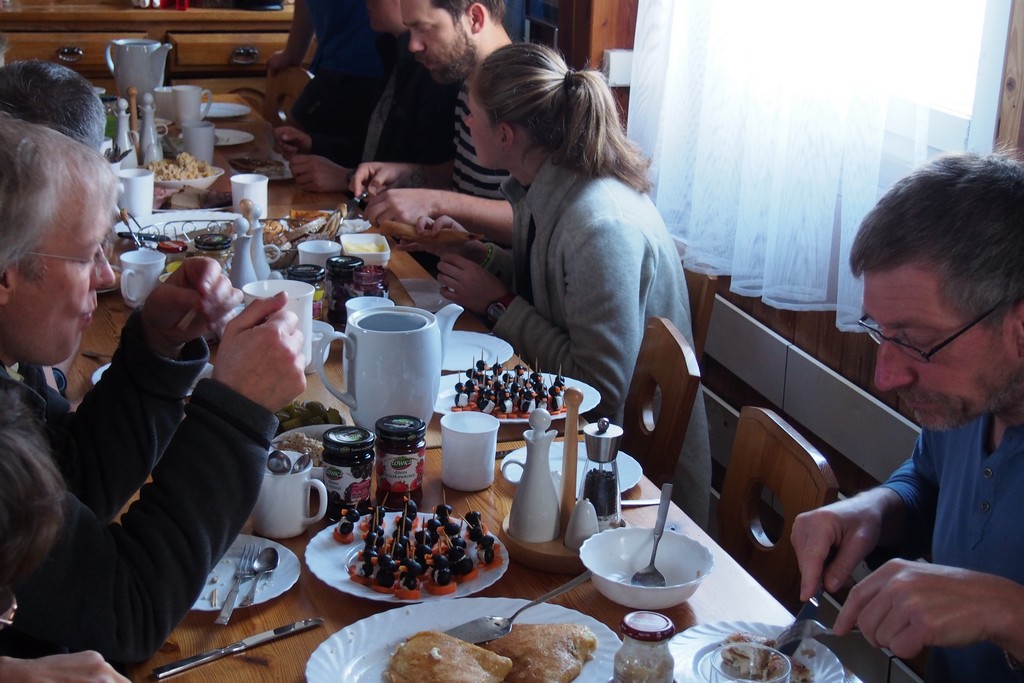 The very brave team was working on it the previous evening (that’s me and Asia the cook – who survived cooking one day for so many people knows what I mean): 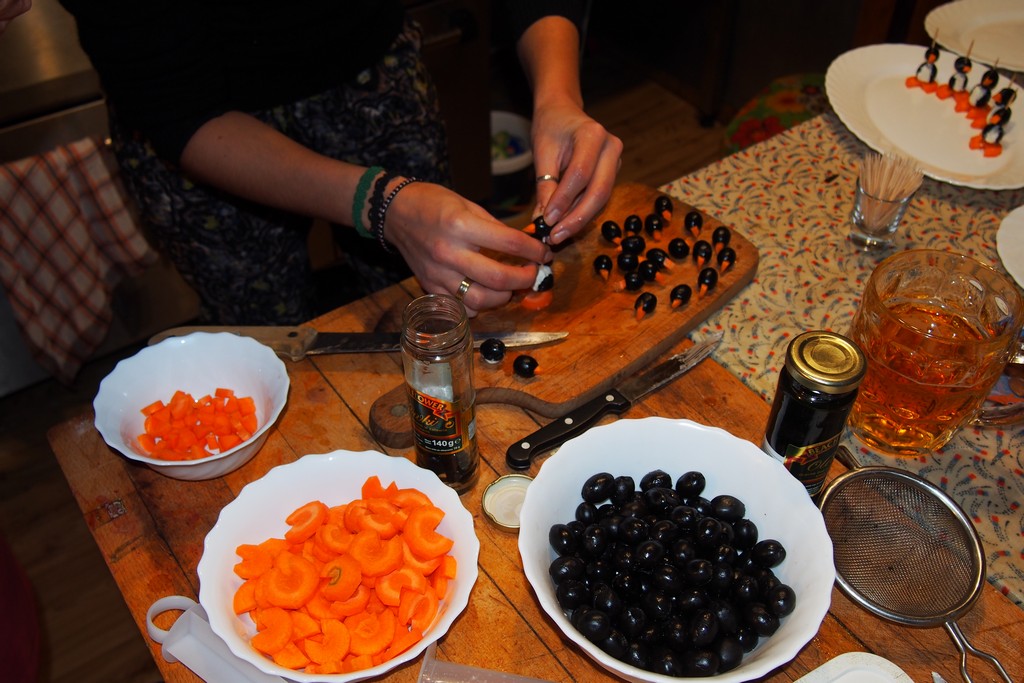 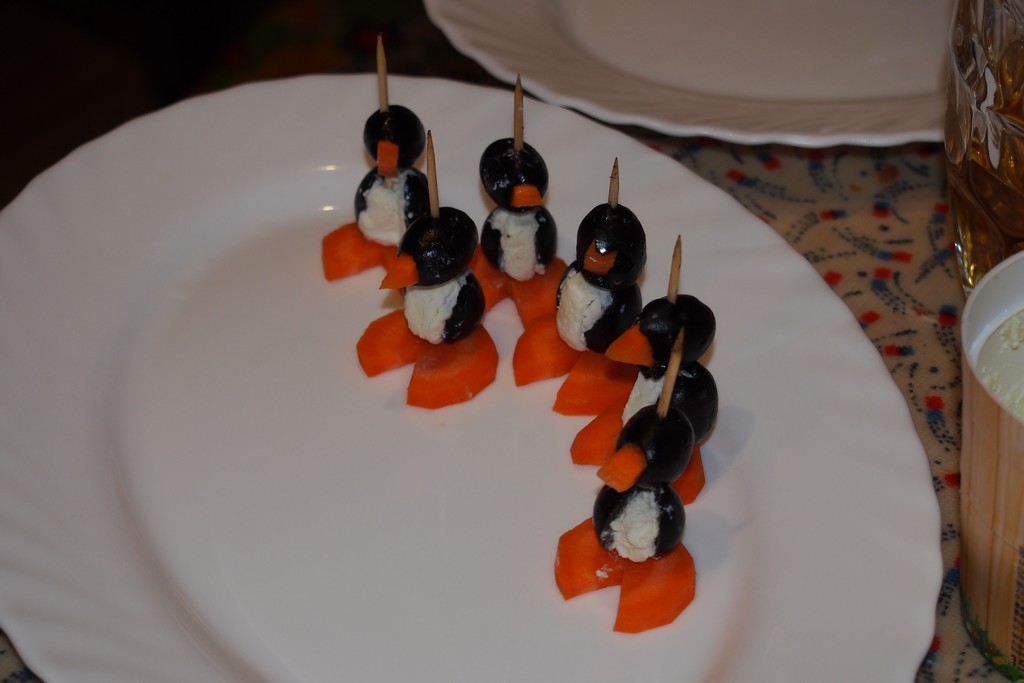 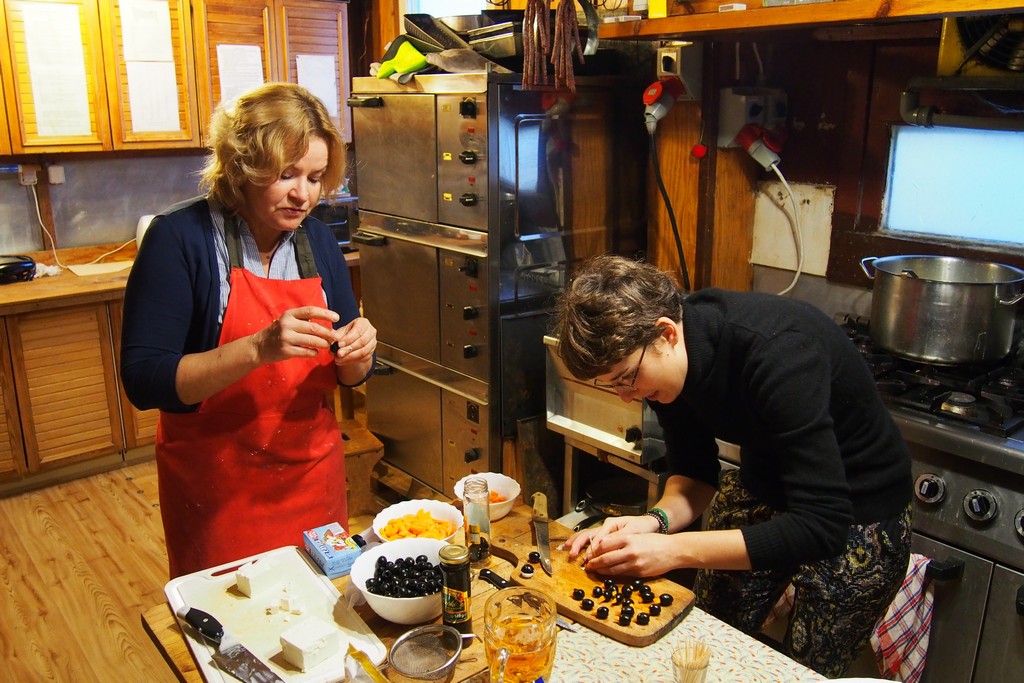 In the meantime, we reminded ourselves about St. Andrew Day, so in the kitchen while preparing the starters, there was a spontaneous party which was connected with wax pouring.

We also prepared a kind of contest with gifts – because of the station monitors the number of penguins, it was about finding out how many of olive penguins there are on the plates. It turned out that 100! and Gosia was the one who specified that number. There’s nothing like an eye of the specialist!

The crowning of the Antarctica Day was a lecture prepared by Asia, a geographer by profession who expanded our knowledge on Antarctica (I’ve remembered when the first seals and penguins had appeared).

Next holiday was 6th December, which was being prepared in a secret agreement with Santa. He‘s been so busy lately that he decided to nominate me and Asia to make the presents for kind (?) explorers. The last one was doubtful so everyone, except for cookies, was given a twig made from dried rosemary. 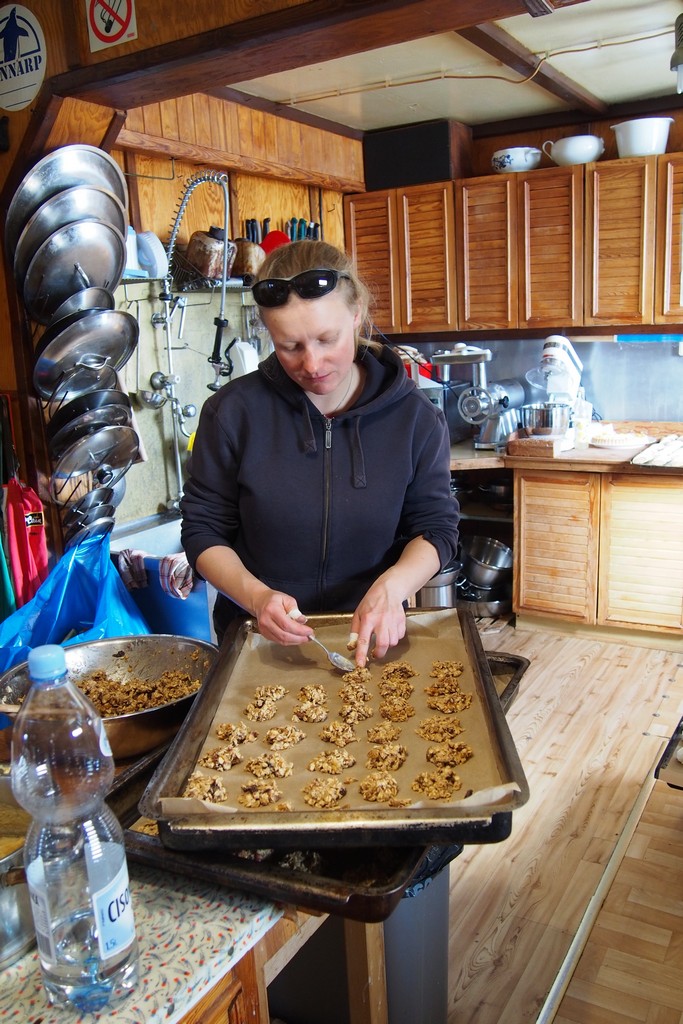 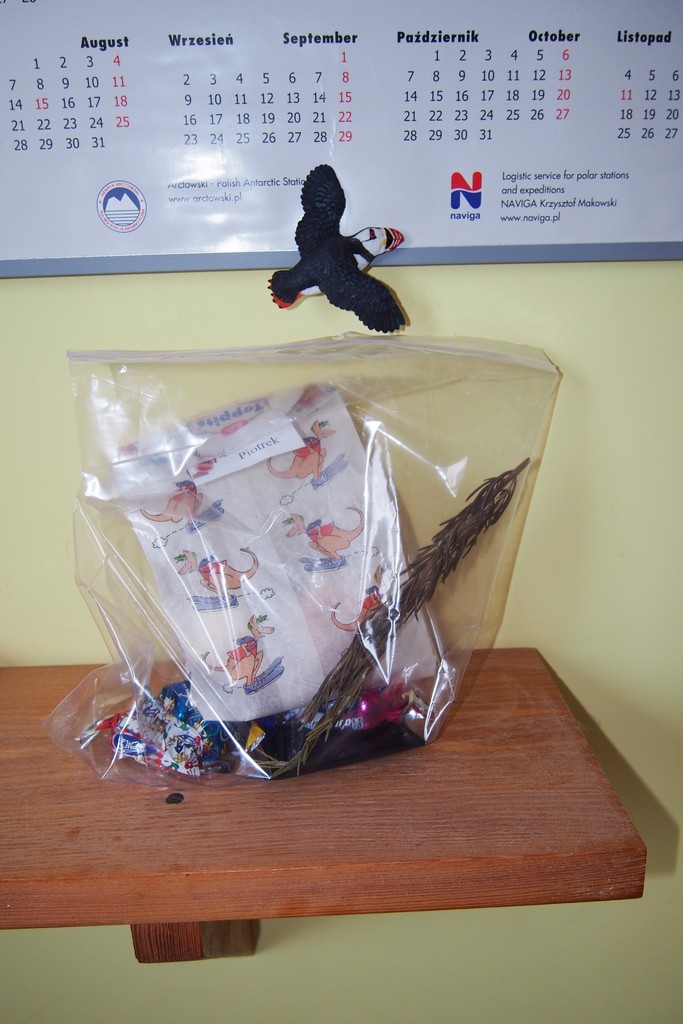 According to the tradition, the person who is giving the presents should have a beard , Damian was chosen. He had his duties in the unit halls so he could give away the gifts at night.

So, the Christmas mood is entered and we’re going to start Christmas preparations in a short period of time.