After long preparations, several approaches and many forecast verifications, we were able to swim on the Lions Rump! Yes, we visited our, both Annie, monitoring people, who have been staying there almost completely cut off from the world since the beginning of November.

Lions Rump is a cape at the entrance of the King George Bay, which is adjacent to our Admiralty Bay. ASPA 151, where two spotters are staying to count birds and mammals for about 5 months of Antarctic summer every year. You have to boat through our bay, next Bransfield Strait to get there and we are close. However, weather conditions must be practically perfect. It isn’t going even about wind, but waving of sea. Finally, our zodiacs are small shells, which is bouncing with every bigger wave. Such conditions, which allow on taking a stab at boating there, we had on 27th of February.

We woke up at 6 in the morning, early as on Saturday. Kasia, Daga, Damian, Sylwek and I and also both Joannas. We dropped both Joannas off on the way at monitoring, on Patelnia. We packed almost everything, what girls had asked and in addition, we took a sections of the chimney pipe, because an installation in a house demanded an intervention. There were also on zodiacs: tools, a fire extinguisher and antenna mast, which we had made earlier.

The sea was kind and after about 1,5 hour, we saw a house on Lions Rump! The girls had known nothing, so that wouldn’t give useless hope them as at the previous attempt. When we had been pulling in to shore, we could see a great joy. Finally, after 4 months they saw colleagues from trainings and a common cruise of the Polar Pioneer and first of all, they saw people! We could sit down and talk drinking tea and coffee for a moment after all of hugs. But not for long time, because Damian started repairing the chimney and scorched fragments of wall, and I screwed a mast down and a collinear array. 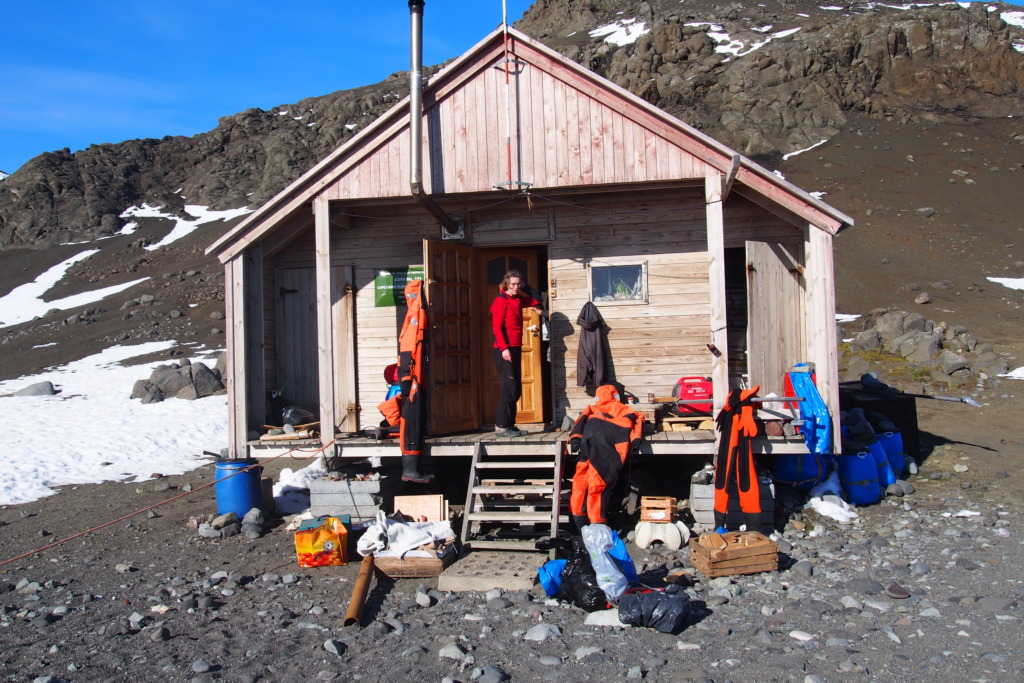 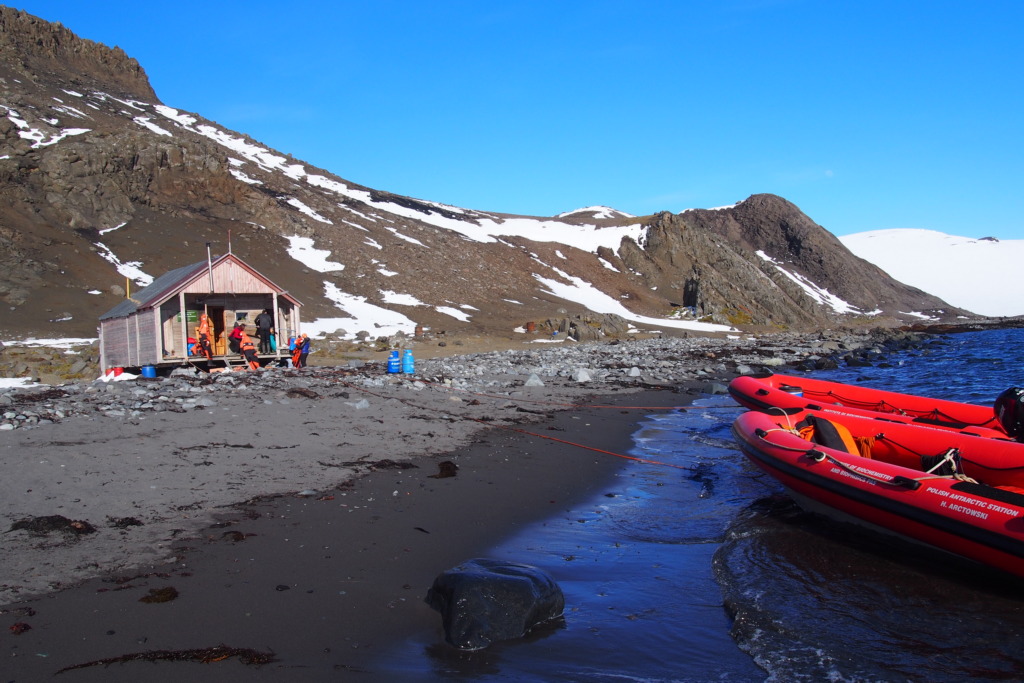 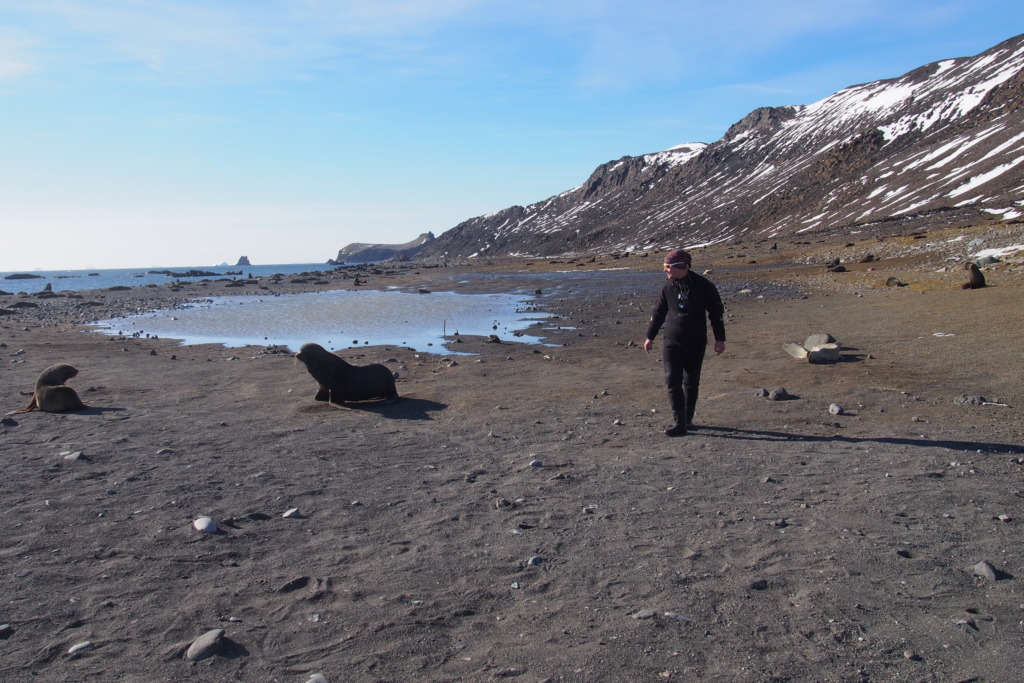 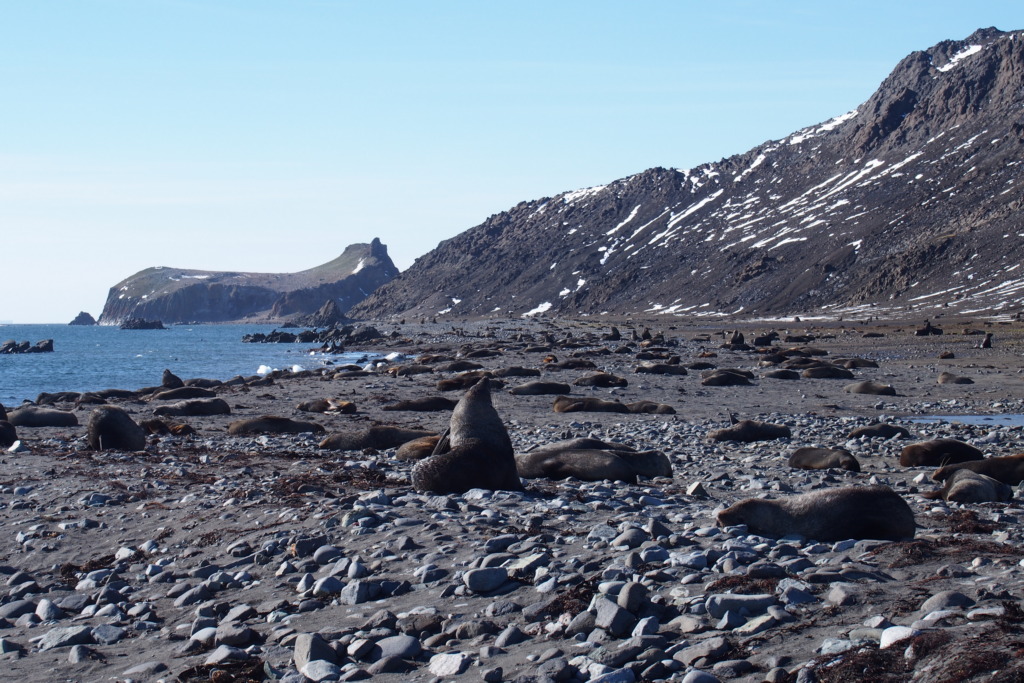 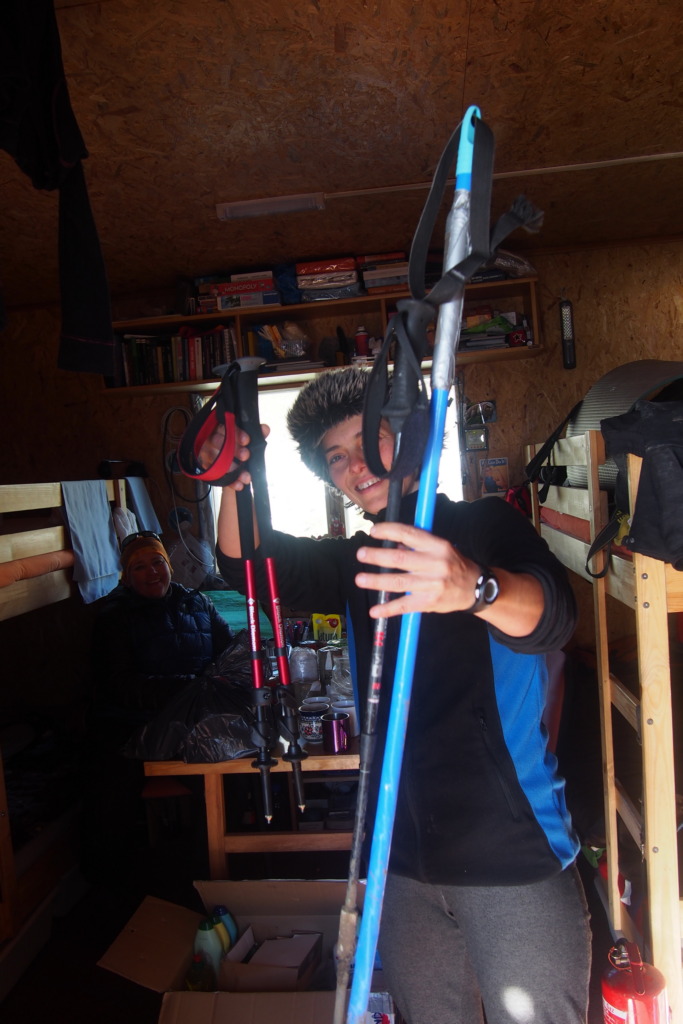 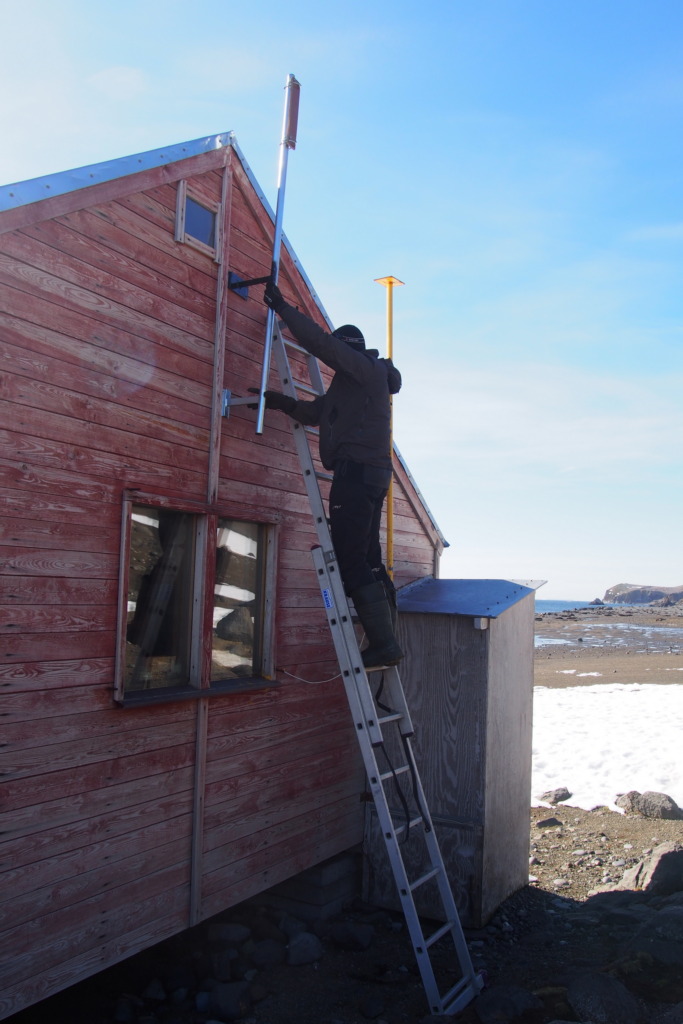 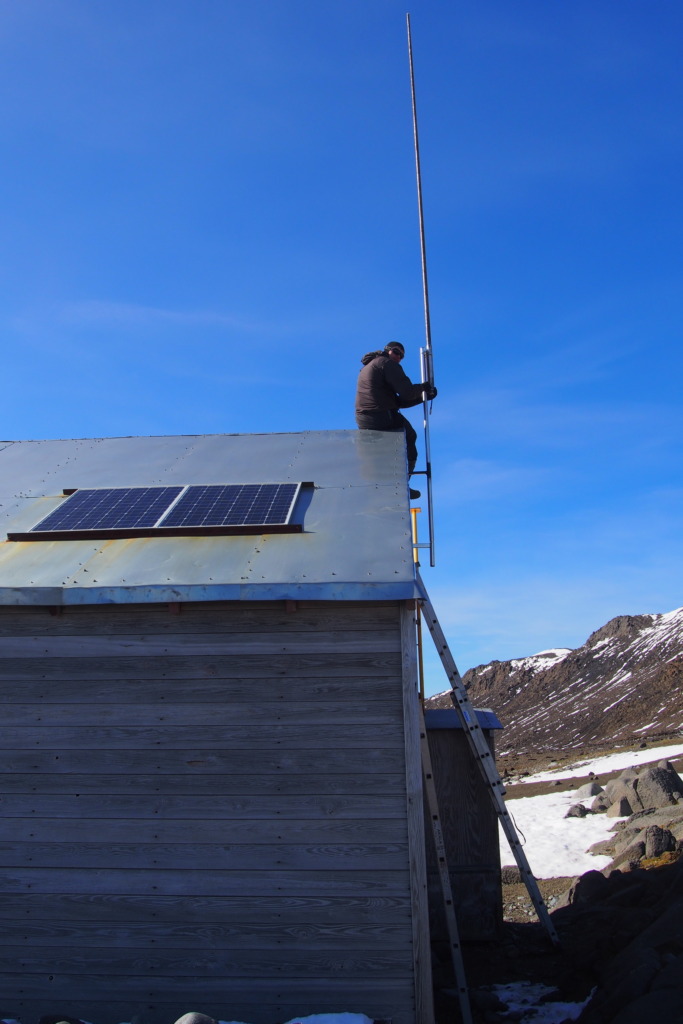 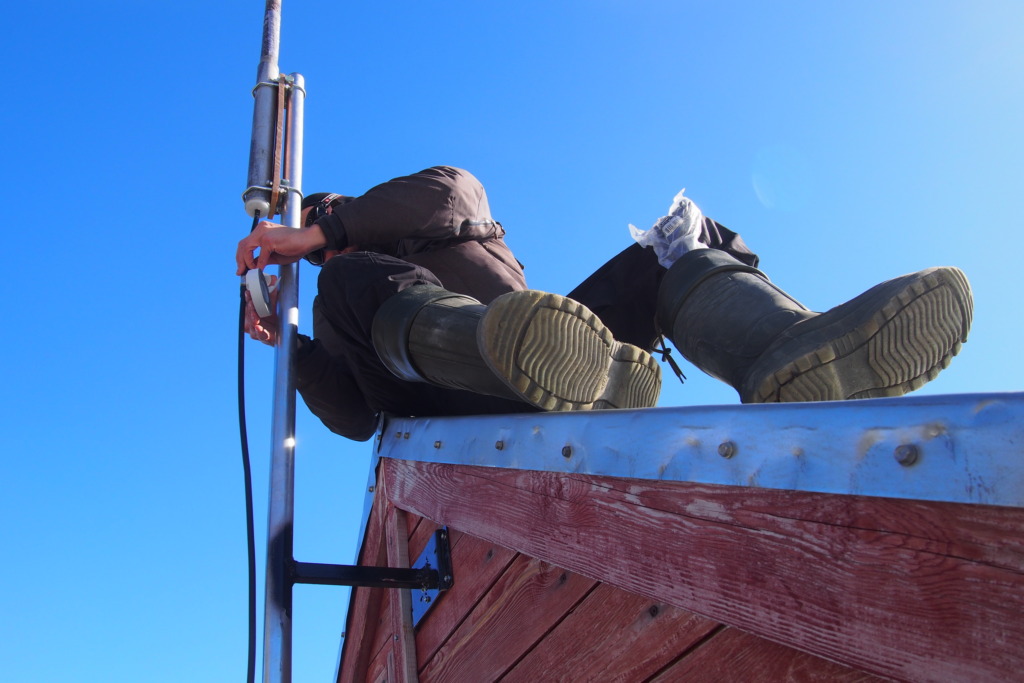 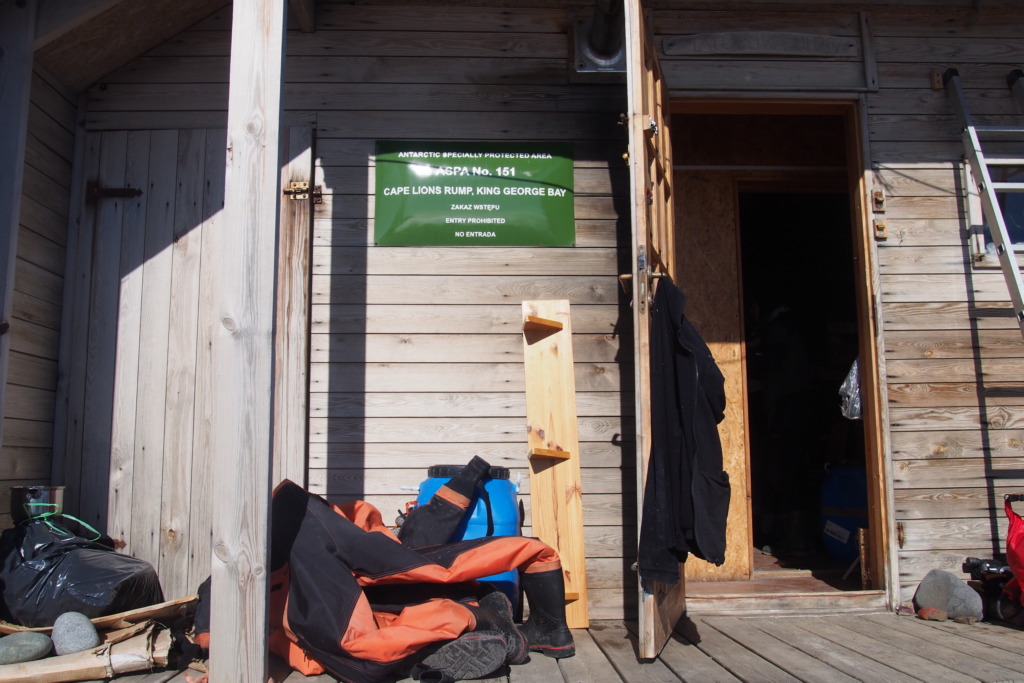 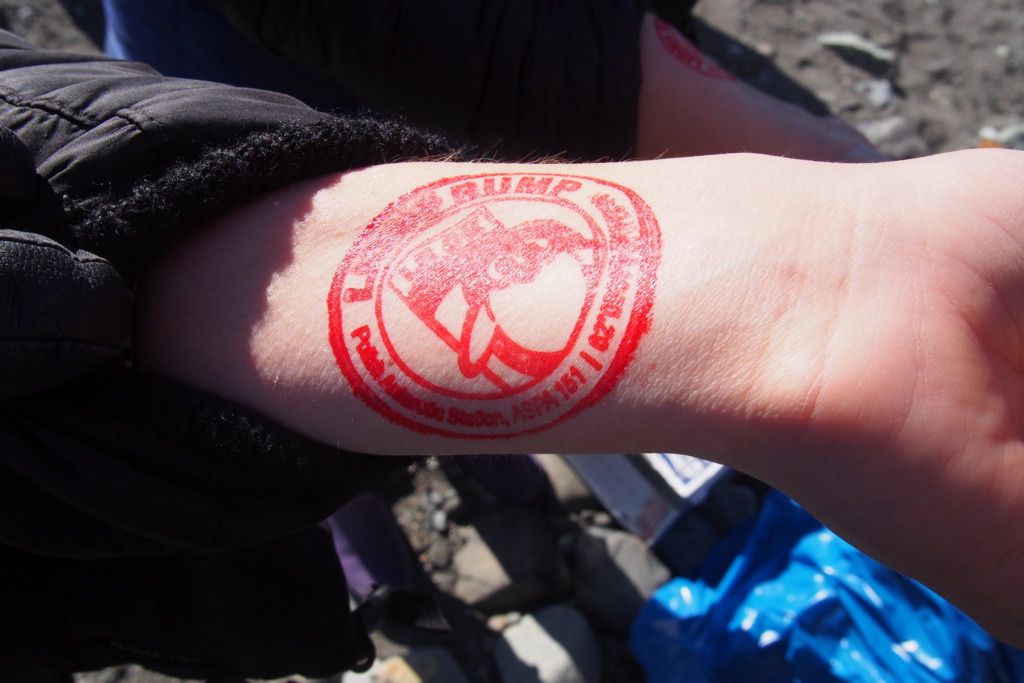 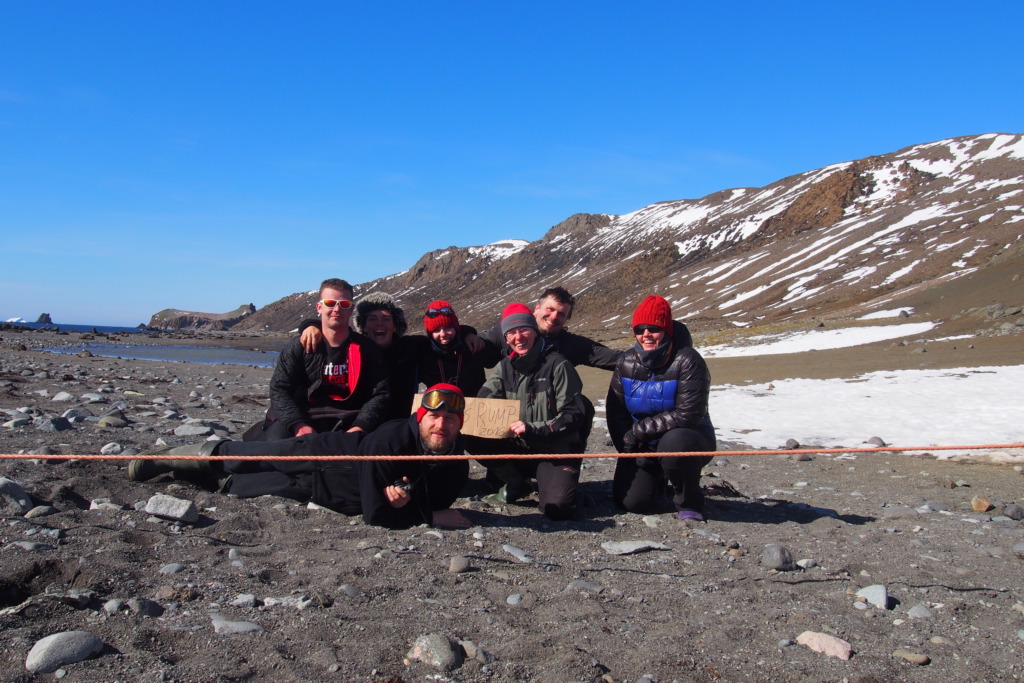 Hardly, we finished and we had to come back. Weather conditions could be getting worse in every moment. We took commemorative photographs and we got orders “Friend of Lajons Rump 2016”. We said goodbye and sailed before 1 p.m. A return was harder, but we were hoping, that after overcoming Bransfield Strait, our bay will be calm already, but a wind swayed it quite well. We were at the Station before 3 p.m. We received congratulations from all of people, but the biggest ones belong to Damian for determination and Kasia for supporting of her experience.

In the evening, there was a surprise! It emerged, that girls are hearing us by that antenna (with a big increase). It is a first radio communication with Station in a history of Lions Rump. Until now, there was only a contact by a satellite phone, which is associated with certain limitations. Next day, after minor modifications of our retransmitter on Point Thomas we managed to hear also the calling “Arctowski, Arctowski, Arctowski, Lions Rump” in the Station!

2 thoughts on “A visit to the Lions Rump”