Once again we visited our friends of the Brazilian station called Comandante Ferraz. This time, we managed to take some more photos of area around the station during we were enjoying the beautiful weather.

You can find basic information about the Brazilian station in one of our previous posts. Who reads,  knows how to get there, what Brazilian national dish is the most famous one or why  The Brazilian are planning to build a new station. We won’t write more about that

As you already know we “turf out summer group” (guests and reserches who spent here summer season), it means, that we have started wintering week ago. I wrote turf out summer group in quotation marks, because it is the one of standard and in a total  stereotypical saying, which winterers say on both polish stations, when summer group comes back home. There is less confusion then and it is possible to focus on the work, but this term, in our case doesn’t have a negative overtones, because we remind nice both of holidaymakers from North and South (there are plenty of greetings for those, who are reading this post, and we could meet with during summer in both of such amazing places).

Instead, our Brazilian colleagues have had “peace” with summer groups (it turned out, that this saying fares well), so two wintering groups met at the last party and it was exactly like at the house of good friends.

We managed to see an area around the station enjoying the nice weather – when we shyly asked, if we can walk, our friend Couthino offered, that he will show us over, after it turned out, that it wasn’t going about a walk, the play started (some snow had already fallen): 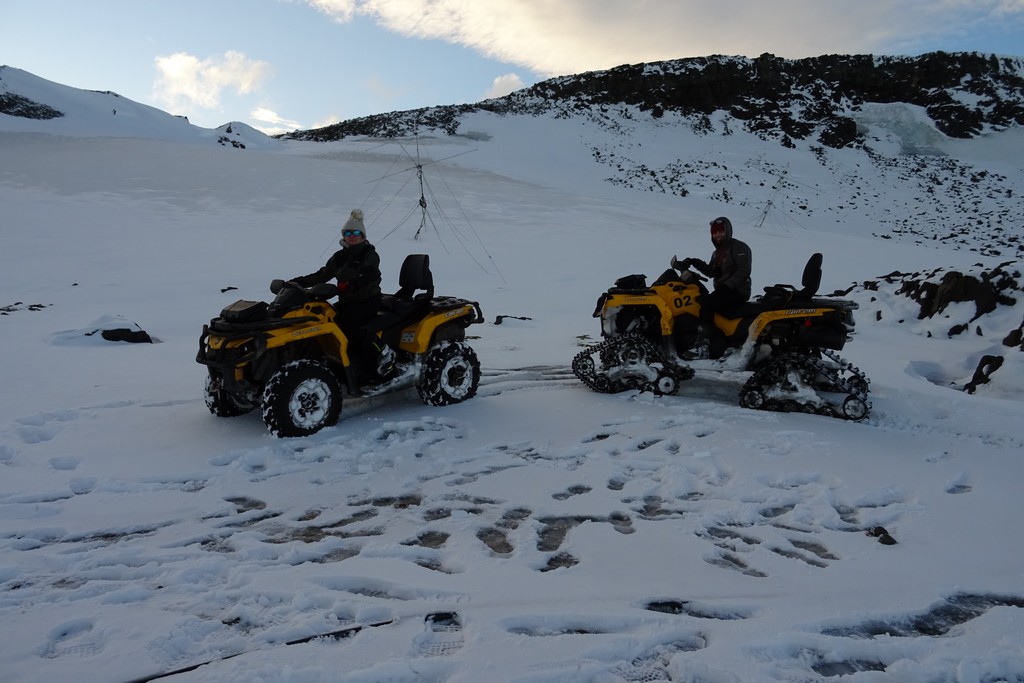 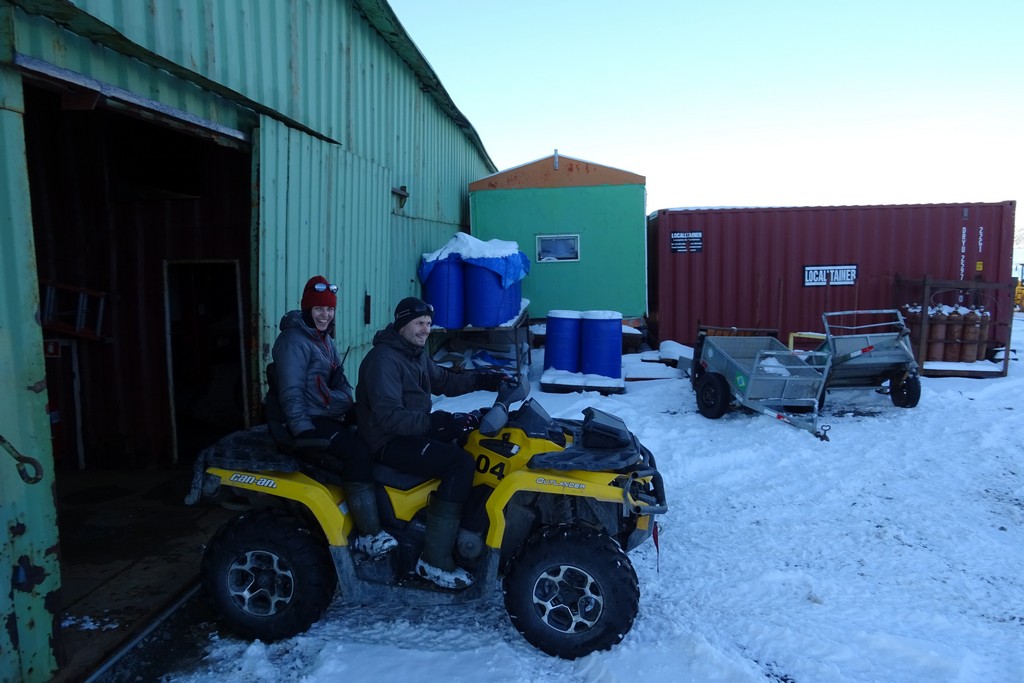 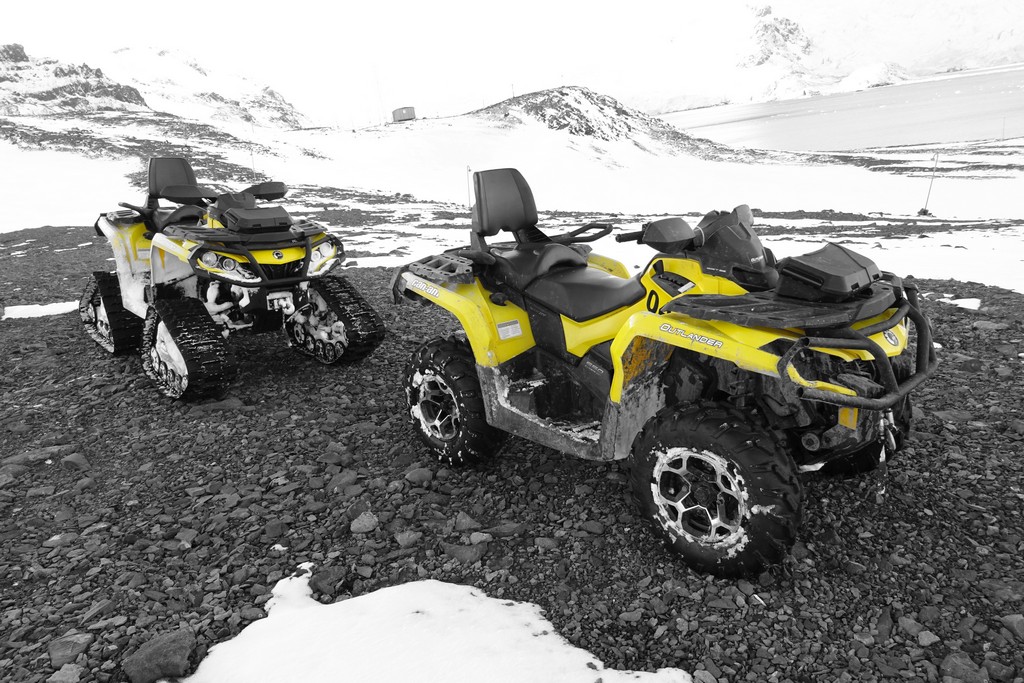 In our station, we don’t have such an equipment (there are 2 snowmobiles in stock, our eyes are laughing to them), so it reminded, oh reminded Hornsund and our snowmobiles expedition around area.

We visited a cemetery, we saw a little bit of measuring equipment and we were in the beautiful part of coast called “beach”, because of the mild lay of the land, where is way of third dimension. We didn’t manage to go through anywhere, but I suspect, because of it, what the God said, they stayed in the station to drink with hosts, we wanted to walk around. 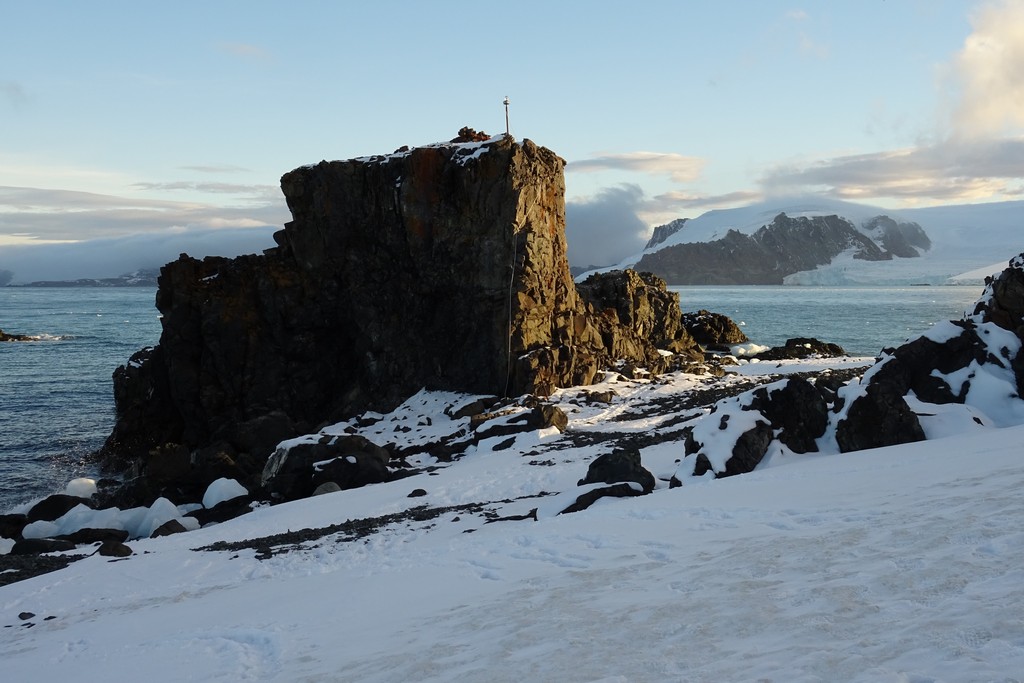 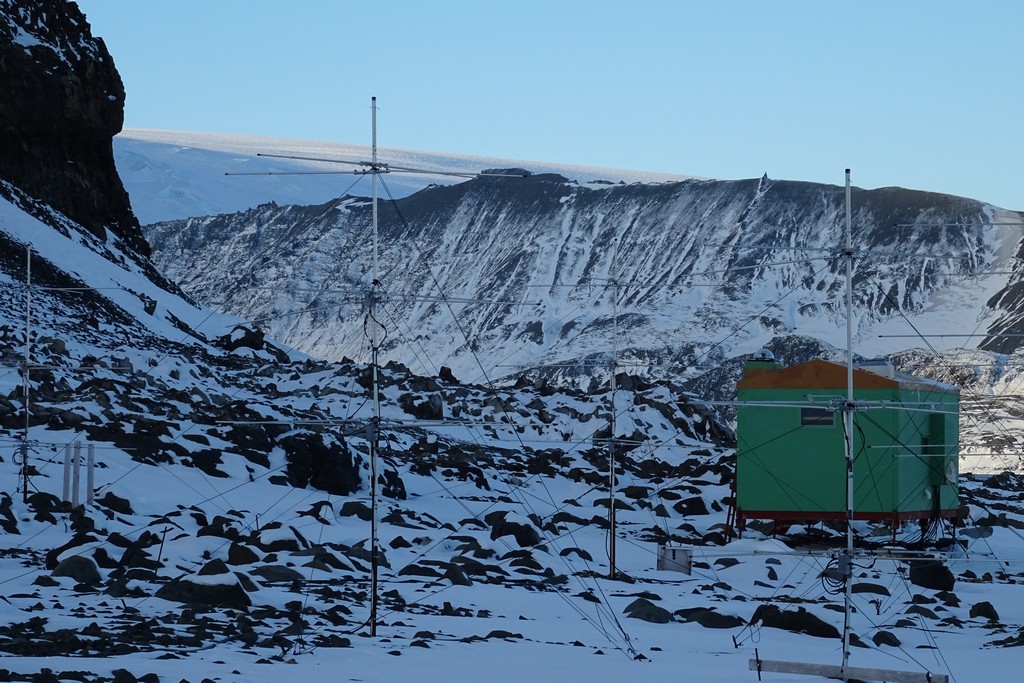 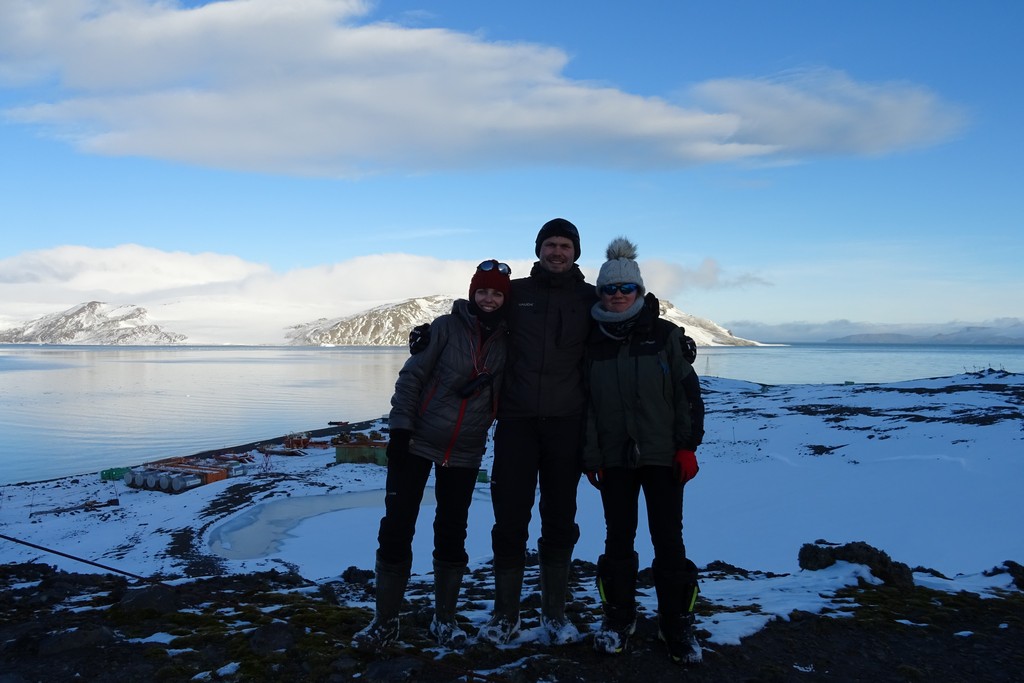 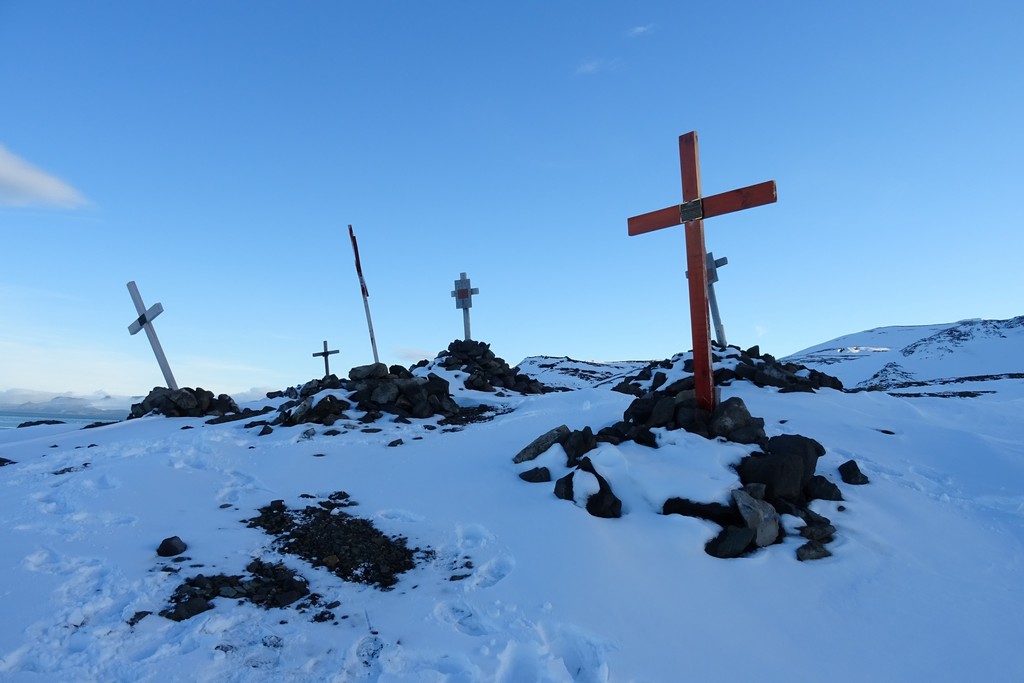 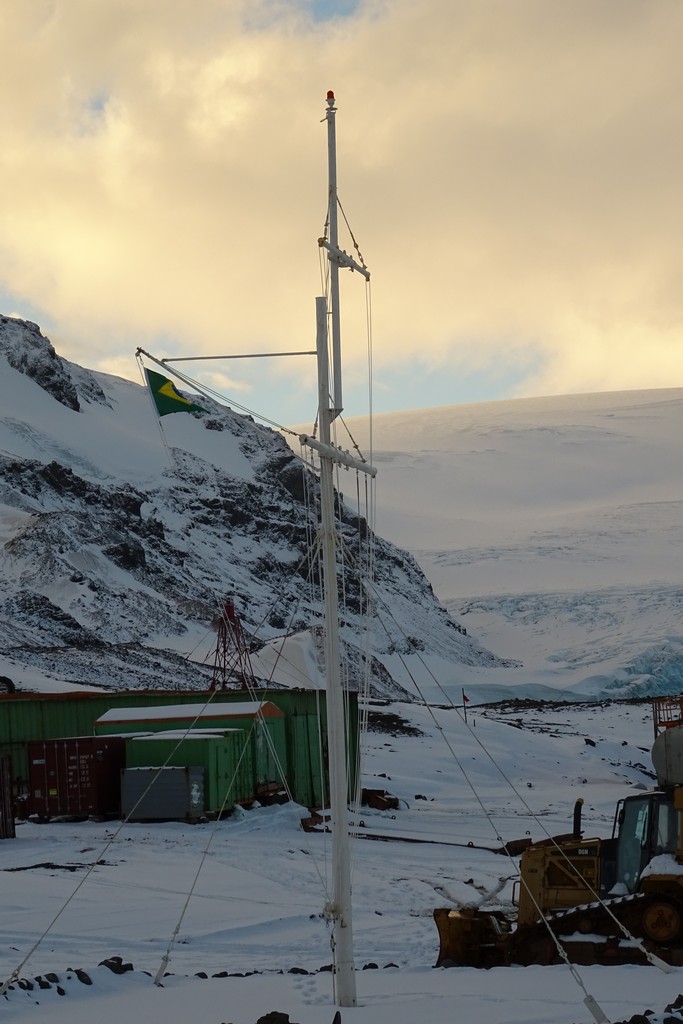 The station is charged by 3 units of diesel generators, which are located in 3 separate containers – it is safe solution, which is applied here after a tragic fire of station in 2012. Our units are located in a huge building, there are some places for other purpose, and security considerations predict night duties by working devices (duties on generators are deserve on individual post, which will emerge soon). 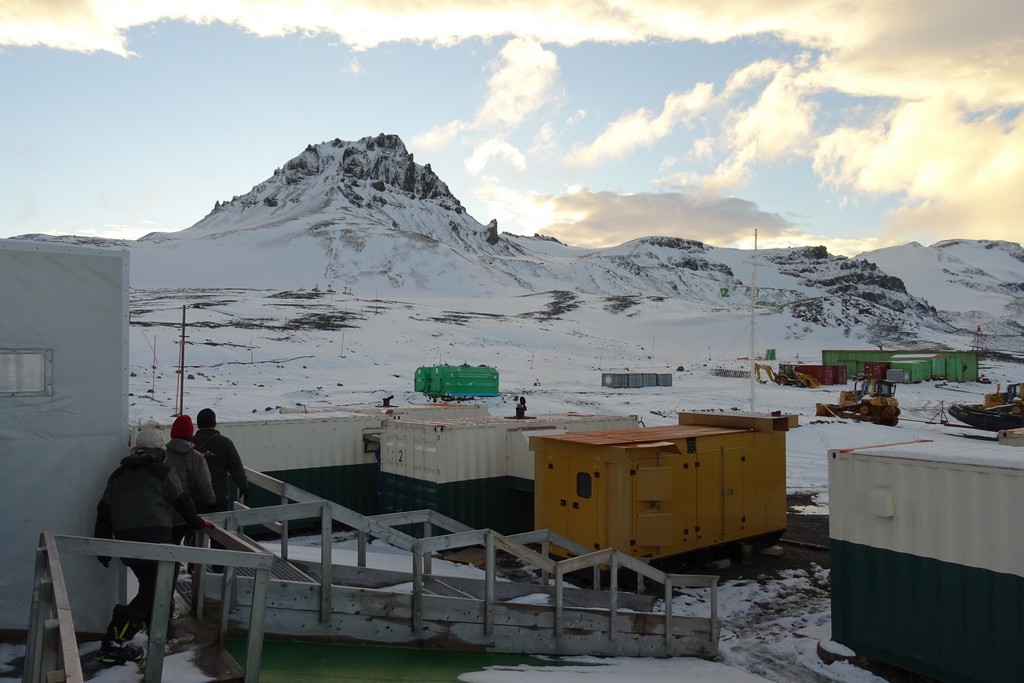 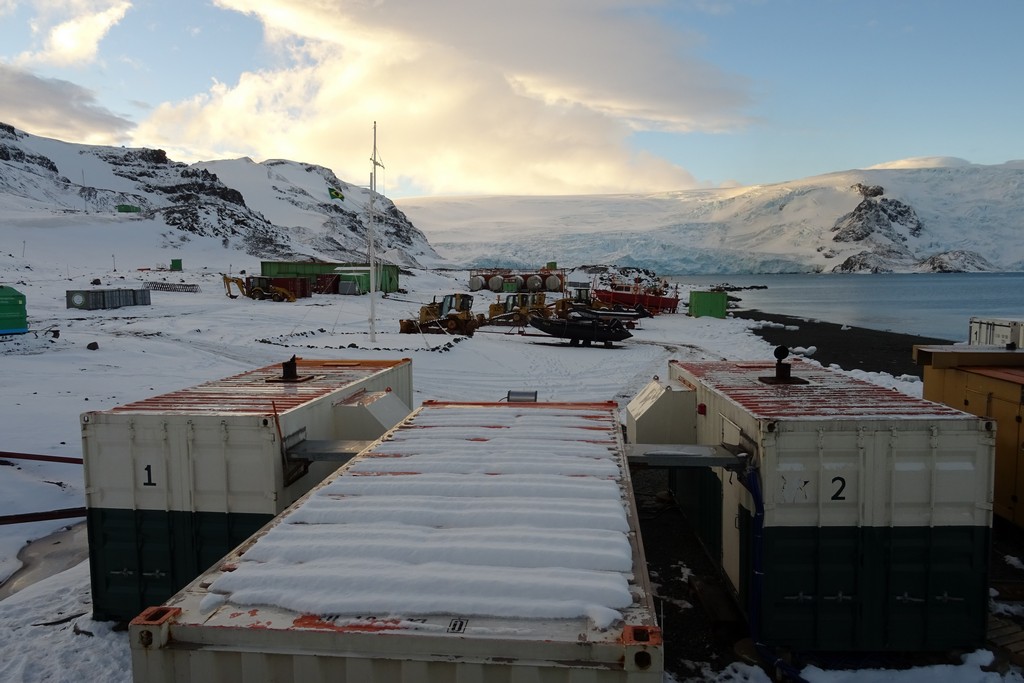 If we see only the Ferraz station from our shore, inasmuch as our Brazilian colleagues have wider horizons – after climbing on the one of hills, we see not only “Arctowski”, but also a Peruvian Macchu Picchu (this is a summer station, nobody came there, because of financial reasons in this year. Like with a residential container, which belongs to Ecuador, it is near  The Ferraz station). 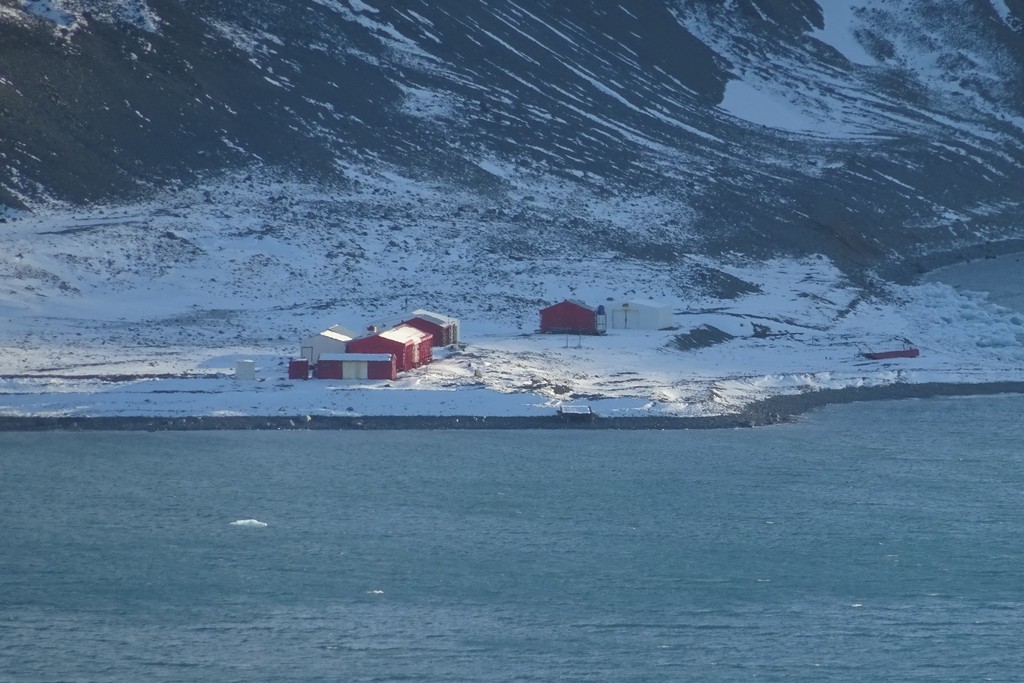 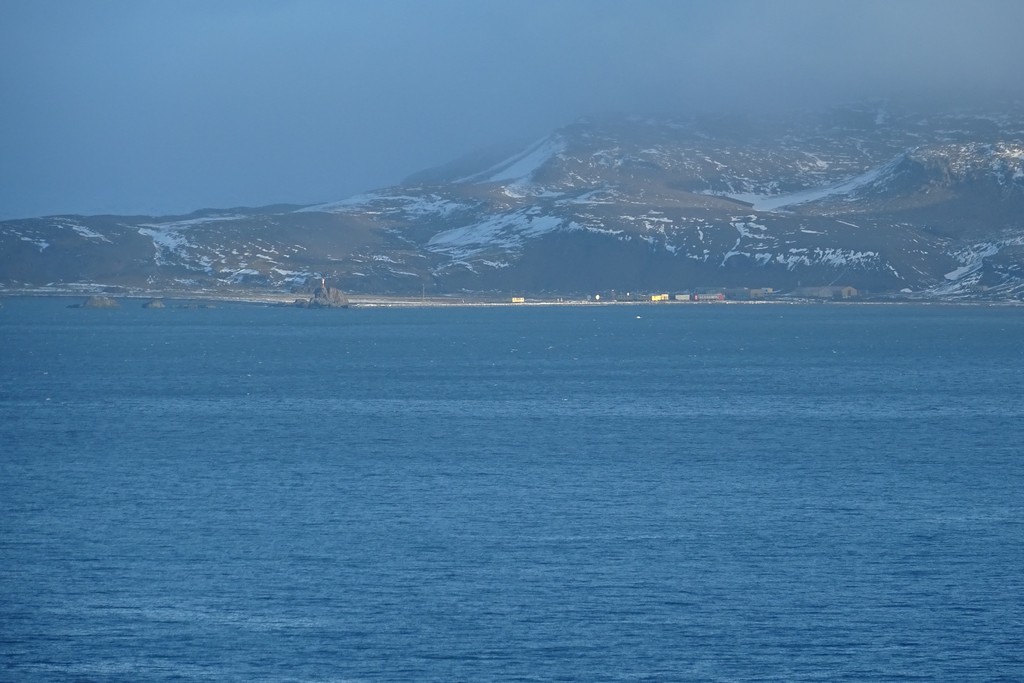 A walk ended up with exploring warehouses, cleaning sewage and mechanical workshops- there was impeccable order, which inspired us to further orders in our station. In contrast, you can see, that the institution is well financed and managed, not even mention about supplies (fresh fruits and vegetables are dropped with parachute from airplane during winter). 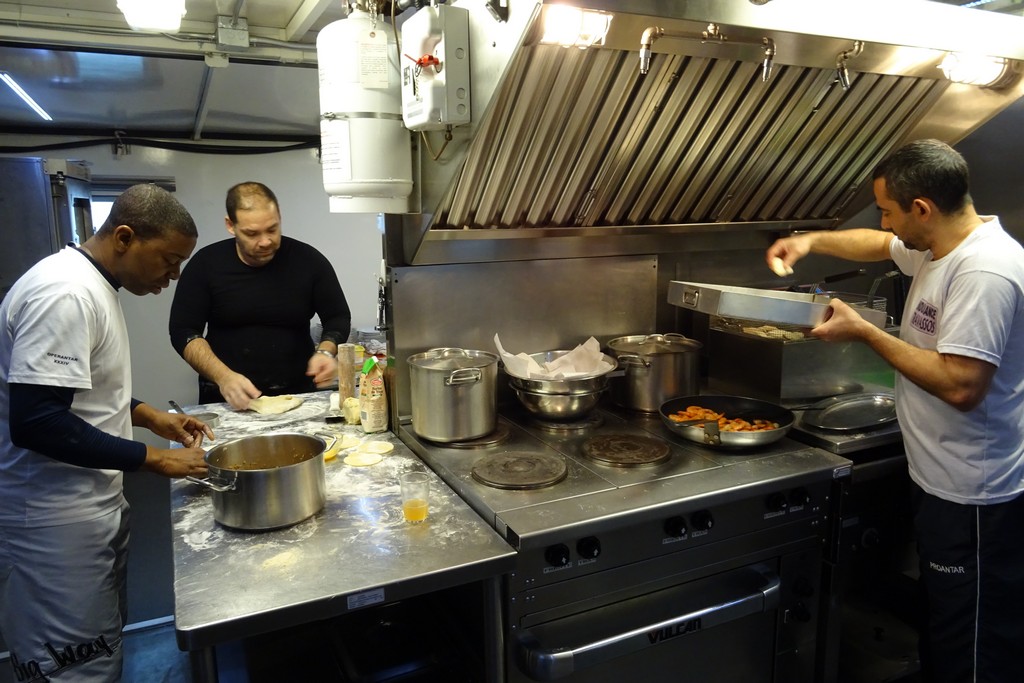 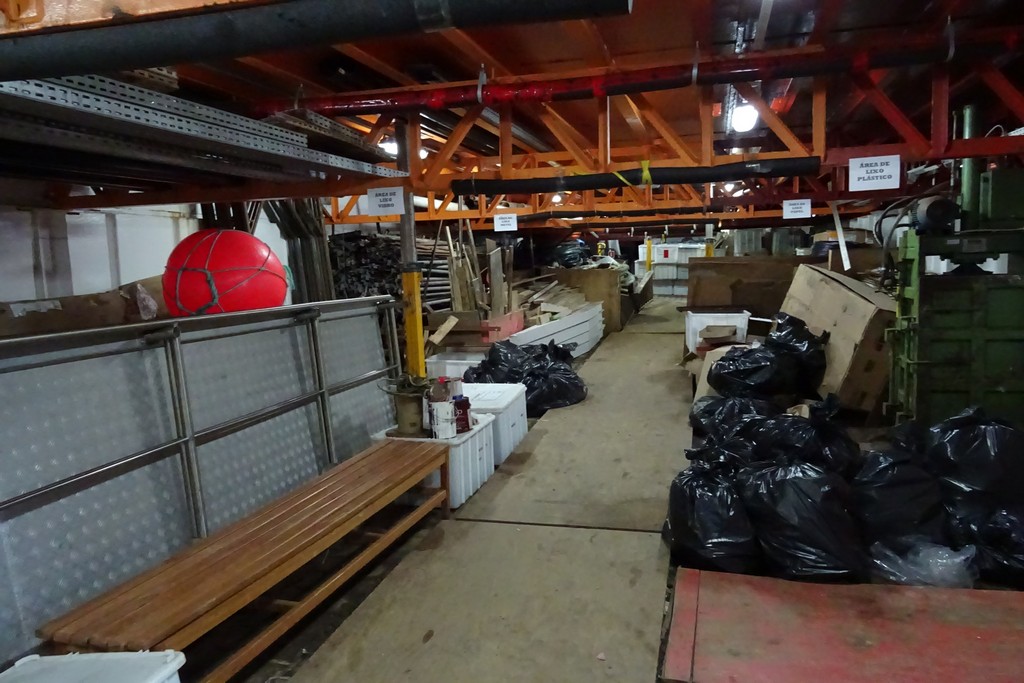 Forecasts of a few, next days are boding storms and snow, but we hope, that before freezing of The Admiralty Bay we will manage to meet friends from The Ferraz Station.